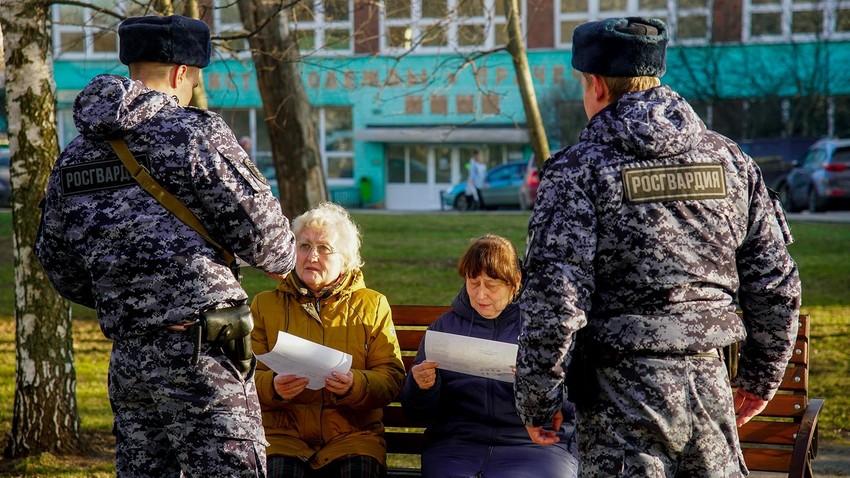 AP
It is advised that a person should leave home only to buy food and medicine. Special passes for commuting in the city are coming soon.

Moscow Mayor Sergei Sobyanin has announced new strict measures against coronavirus spreading in the city, paving the way to a full lockdown mode.

On March 25, President Vladmir Putin said that the week of March 30-April 5 would become a paid leave for everyone in Russia and asked people to stay home. Moscow closed all its parks, shopping malls, cinemas, restaurants and cafes, hoping that people would really stay home. 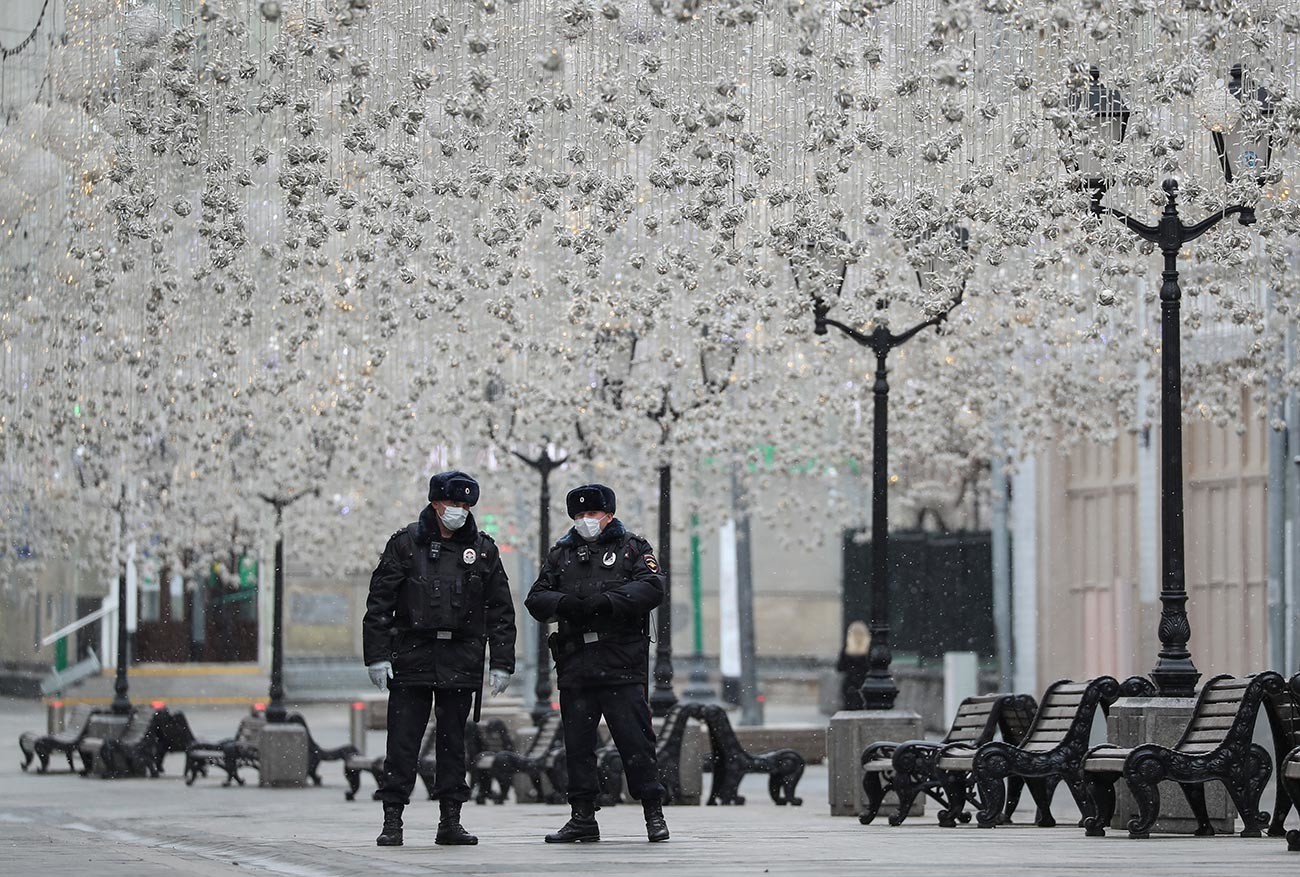 However, on Saturday, March 28, many people were pictured on social media making open air BBQs in public areas, and mayor Sobyanin decided that people didn’t understand that the situation was being treated as very serious.

So, starting March 30, a regime of self-isolation has been applied to all Muscovites, without exceptions. This is still a recommendation, as no new laws about this regime have come into effect. However, it was communicated as an order and looks like the laws will soon follow. 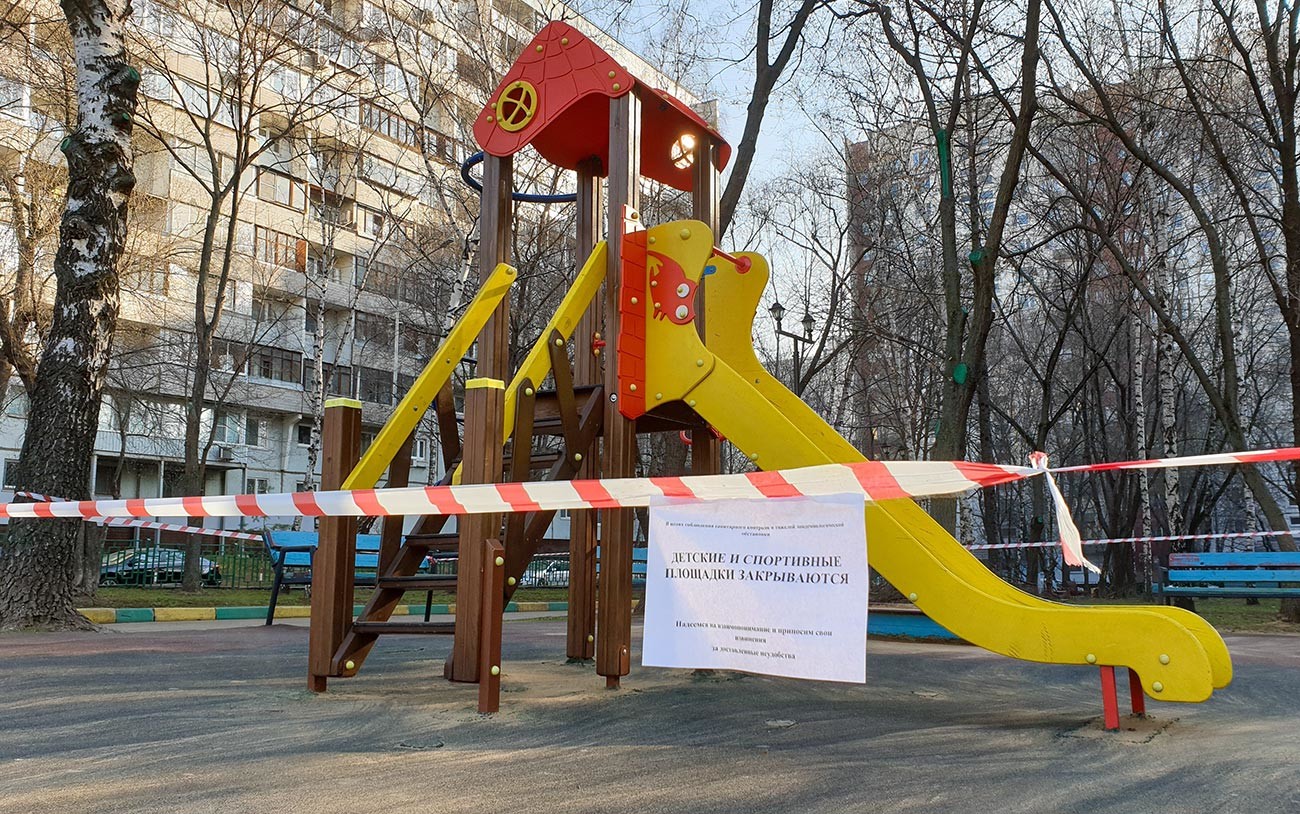 What does “strict self-isolation” mean?

According to the mayor’s decree, a city dweller can leave the house only to buy food and medicine in the nearest store and pharmacy, to walk with their dog within a distance of 100 meters from the house and to dispose of garbage. Visiting the doctor is only possible in emergency cases. 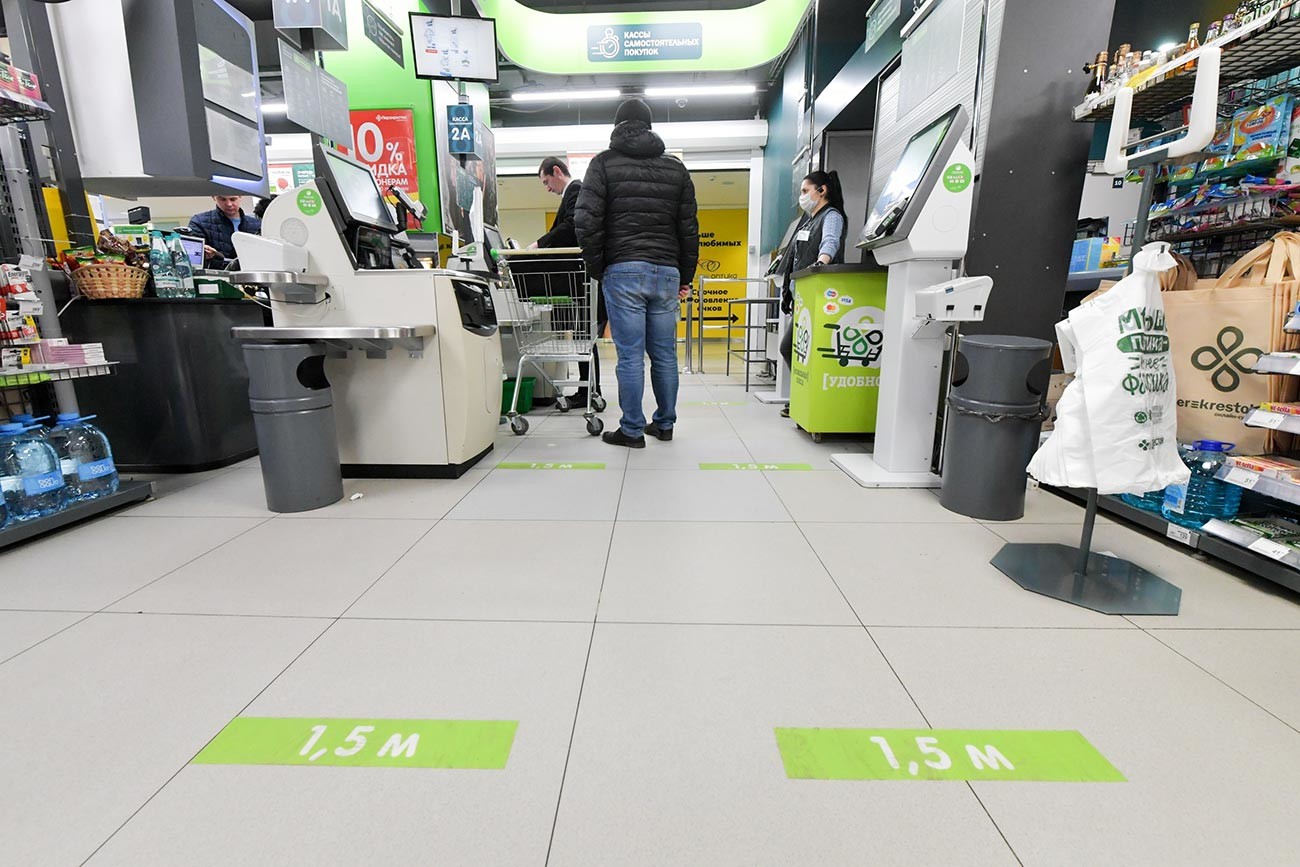 At the Moscow store.

Exceptions for those working at continuous production and emergency facilities have been made. All public transport is operating as usual, and the city administration has highlighted that there are no restrictions to entering and exiting Moscow. And contrary to some online rumors, there is no curfew yet. The same rules have been introduced in the Moscow Region.

QR-codes to leave the house

Meanwhile, in the coming days, the city is going to grant special permissions for people to leave the house. They say it could be a kind of a personal QR-code linked to the geolocation and showing the distance a person may go from his home. As many people don’t live where they are registered, the administration said this code will be tied to their primary location instead of the registration address. 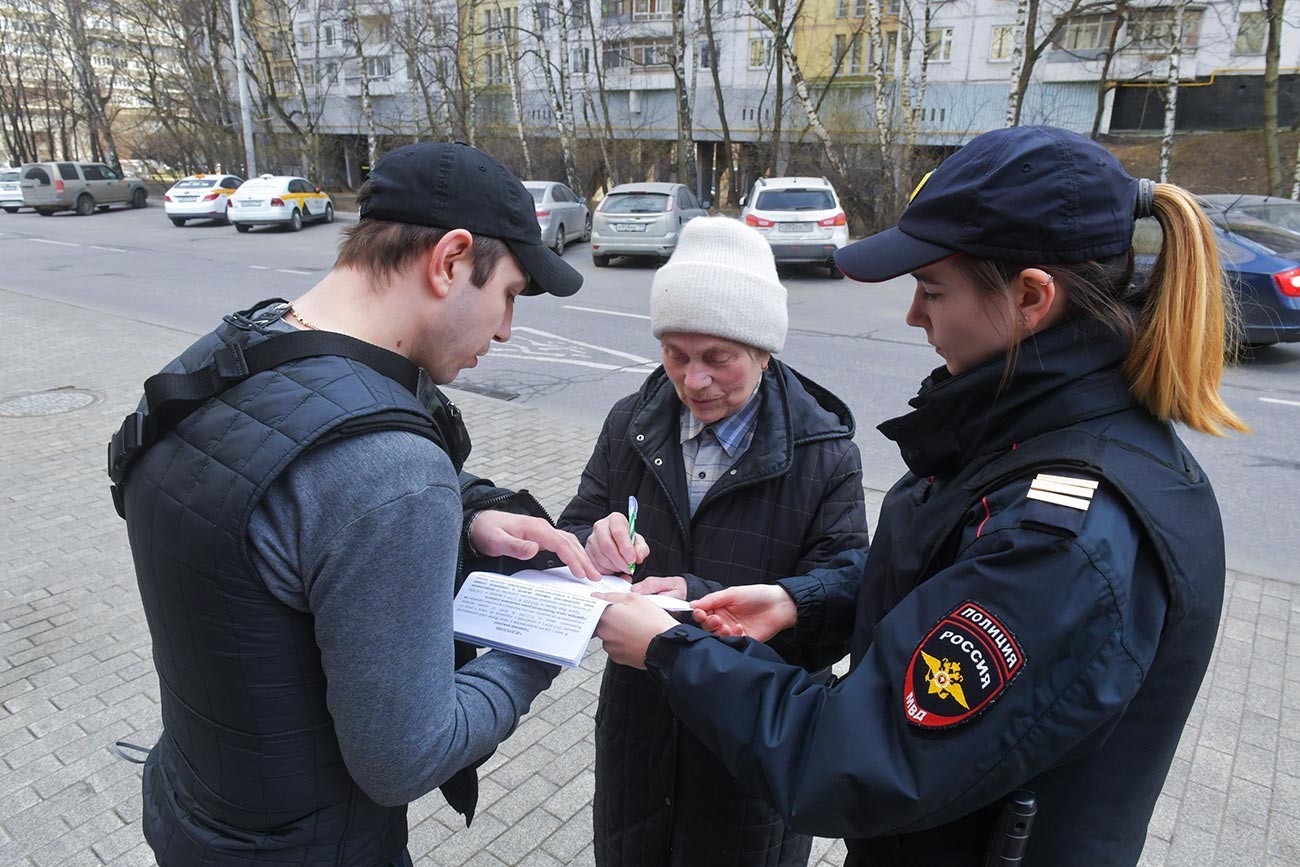 “We are planning to give people the QR-codes containing their work and home locations. For those who need to go to the office and can’t work remotely - they will be able to do it as far as the current economic circumstances allow us to,” said Alexei Repik, the Chairman of the Delovaya Rossiya NGO. 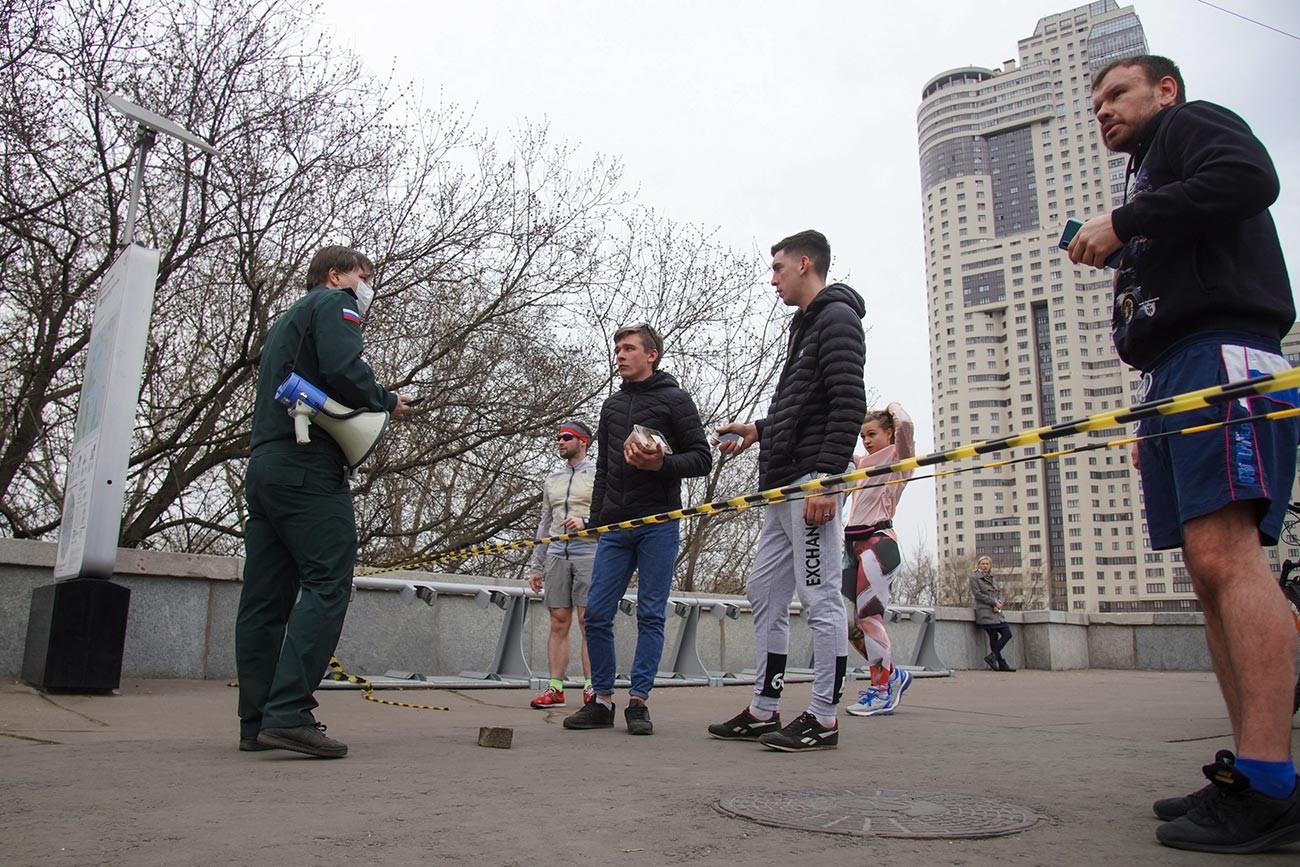 At the Serebryany Bor park in Moscow.

According to the mayor’s press secretary, fines for breaking these rules are also being discussed now.

What about other Russian regions?

Starting March 30, Russia has closed its ground and railway border posts and reduced international air travel, except flights that are bringing back Russian tourists and taking foreign citizens to their home countries. Russian Prime Minister Mikhail Mishustin has also urged Russian regional governors to apply the Moscow self-isolation mode throughout the country, including the shutdown of malls and cafes. 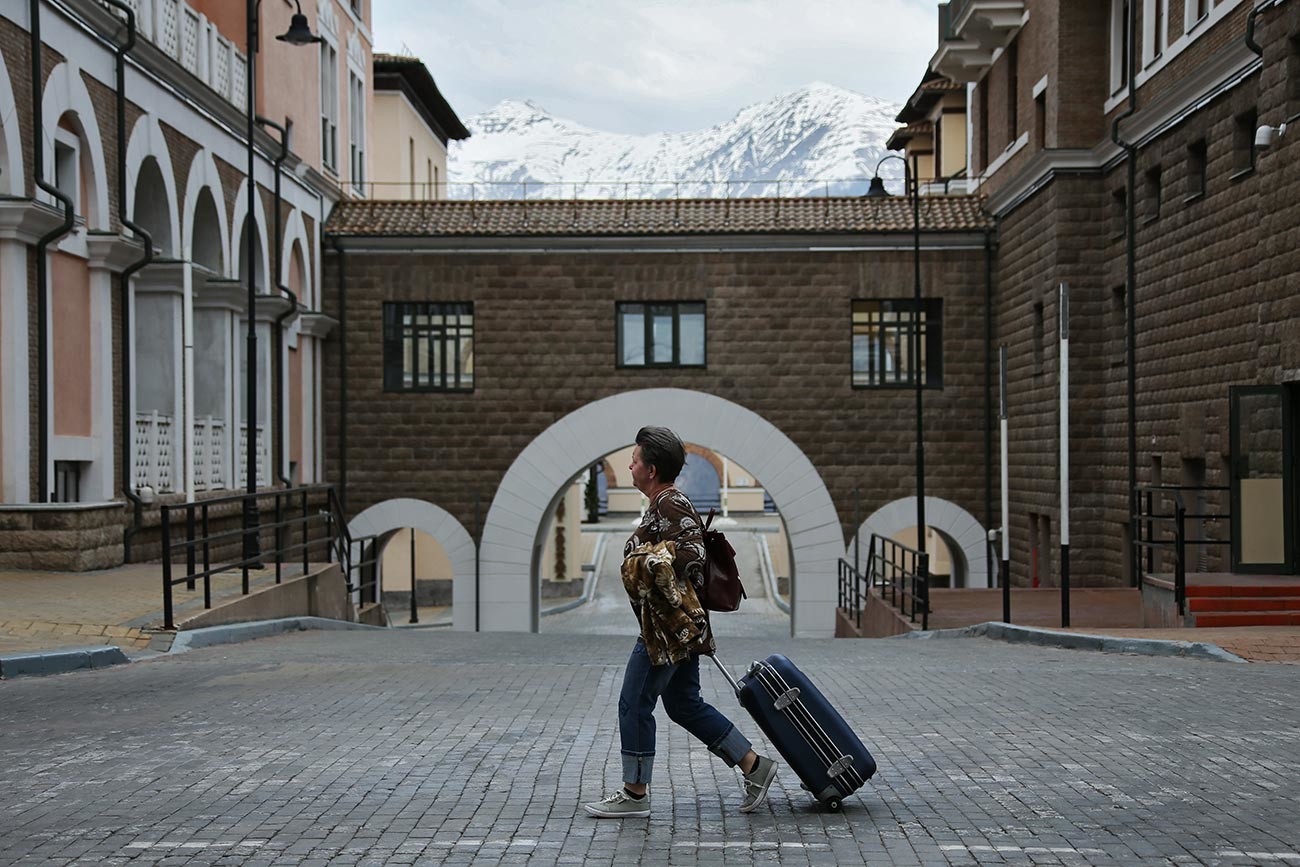 As of March 31, 32 Russian regions have announced the ''self-isolation'' regime on their territories.

The Black Sea resort of Sochi has already closed the city for tourists: besides restricting the operation of malls and sports infrastructure, it’s now prohibited for hotels to accommodate new guests. Meanwhile, all tours to Sochi have been cancelled until summer.

Another popular tourist destination, the Republic of Karelia, has stopped public transport operations until April 4 and prohibited all tours to the region.

In St.Petersburg, it’s forbidden to visit not only parks, but also churches and other religious buildings. Most ground public transport routes are temporarily out of operation.

The Republic of Chechnya has closed its capital Grozny to all incoming visitors and prohibited people in the region from leaving their homes, except for buying essential food and/or medicine.

The cities of Elista (Kalmykia), Cherepovets (Vologda Region) and Abakan (Khakassia) have imposed an emergency regime. They have not only closed everything, except for grocery stores and pharmacies, but have also ceased all transportation between the cities (in these regions).