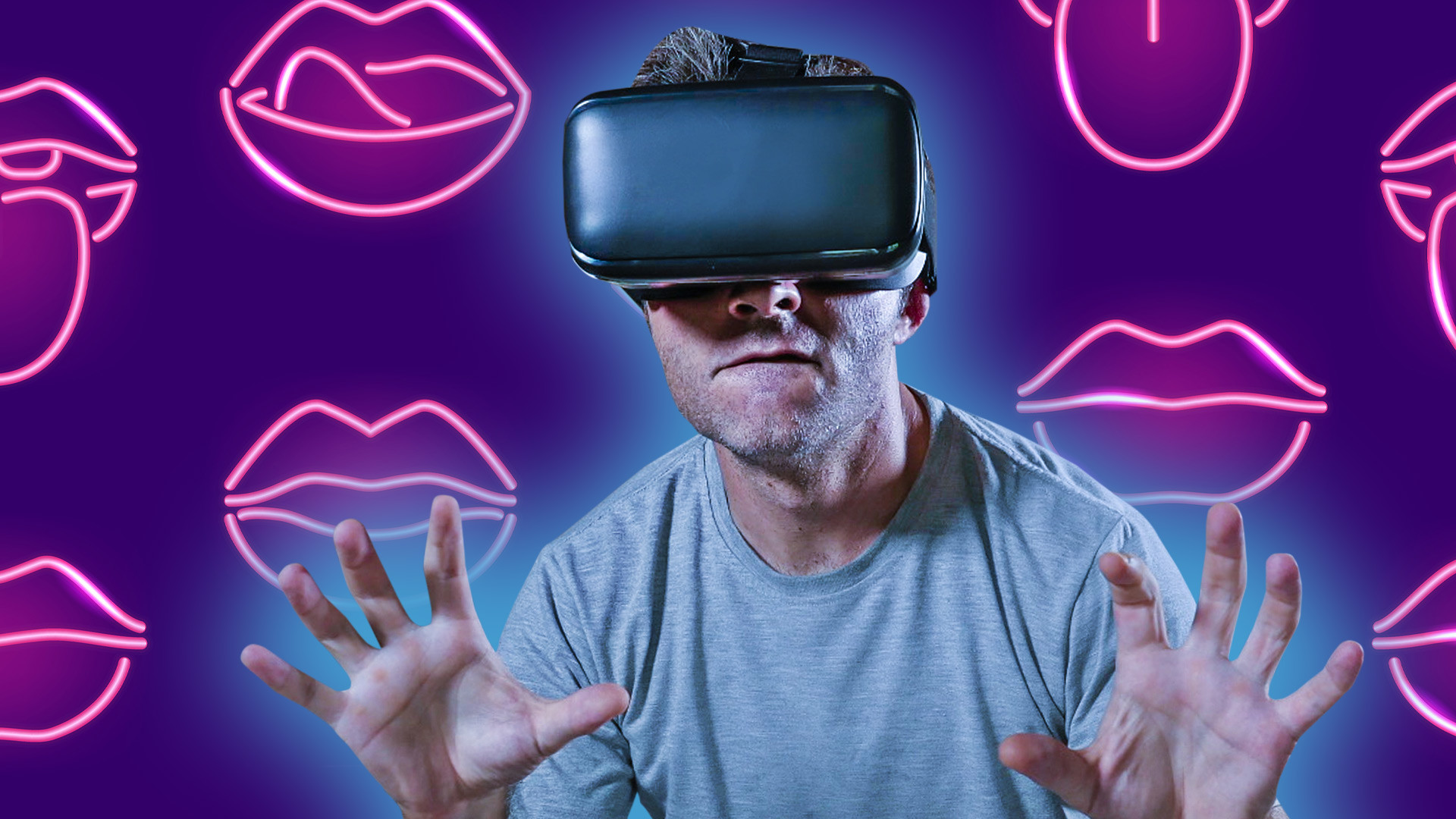 Getty Images, Russia Beyond
All you need is a smartphone, wireless headphones, VR glasses, and, bang, you’re inside the first online sex party in 360° format. What could possibly go wrong?

It’s Saturday evening, nearly 11pm. I’m in a small studio flat in north-west Moscow with a towel on my head, wearing plush PJs, spinning around on my chair. Over my eyes are VR glasses, in my ears are wireless headphones, and in my hand is a smartphone.

To the backdrop of quiet electronic music, I can hear my boyfriend rolling on the floor, laughing at my ridiculous appearance, while the cat tries to scratch my legs. I’m trying as best I can to imagine I’ve finally escaped the confines of self-isolation and entered a large hall flooded with blood-red light, surrounded by fellow pleasure-seekers.

In other words, I’ve connected to the first online kinky sex party in Russia — and feel like a complete dork.

How does it work

The kinky party was originally planned as a live stream in 360° format from inside several themed rooms. However, a week before the event, all studios in Moscow that could have handled the job were closed due to... That's right. Therefore, the party organizers used footage they’d managed to shoot in advance.

“On March 28, we carried out a 360° test shoot with friends and saved all the footage in case the quarantine was tightened,” says Tatyana Dmitrieva, co-founder of Kinky Party Russia. 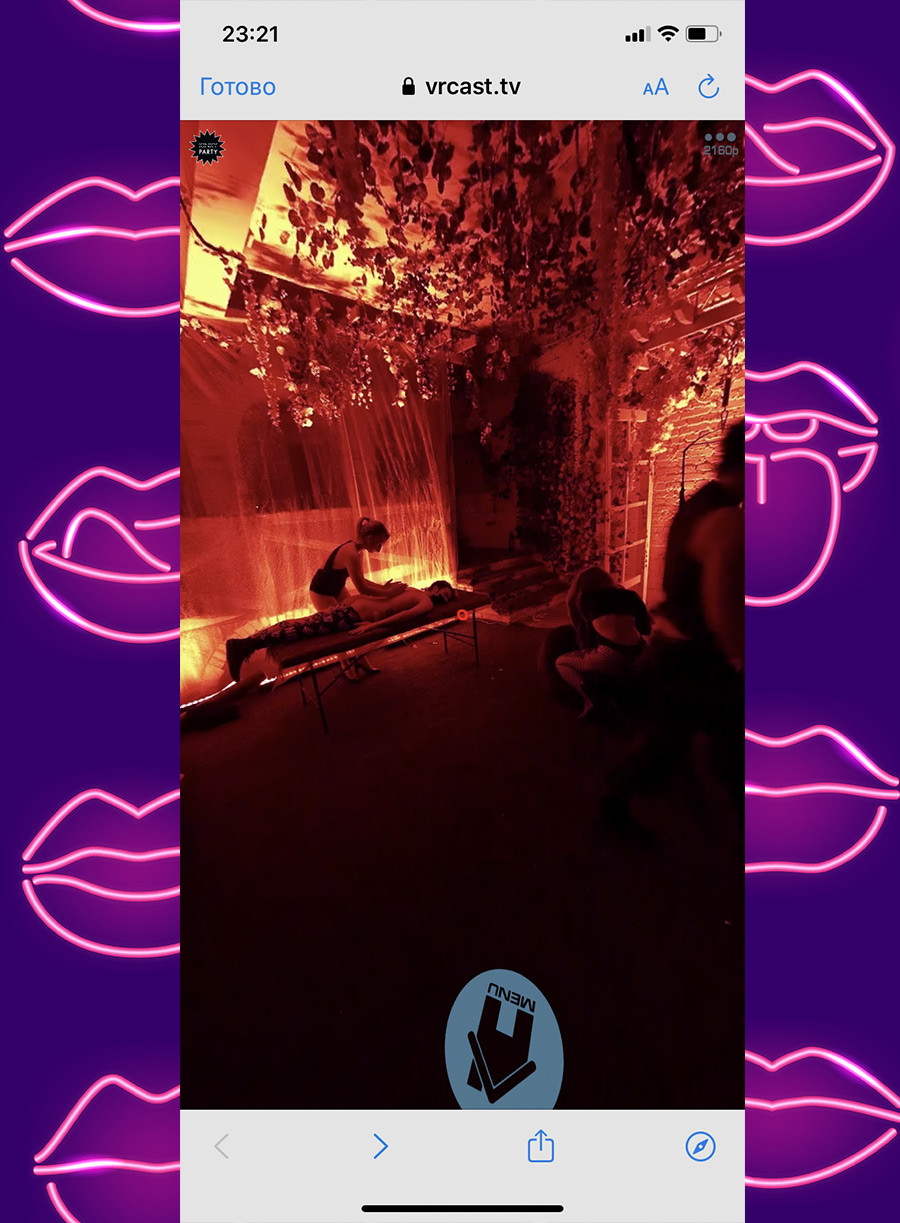 If you pay 1,500 rubles for all three at once, you get two Zoom chat rooms thrown in. In the so-called White chat, you can talk with the organizers and ask any questions, while the Black chat, as described on the website, plunges you headfirst into the world of online kinkiness.

“There’s music instead of sound. The more extravagant you look, the better. Flamboyant, risqué games on camera are welcomed. Just immerse yourself in the atmosphere of a mass cyber party,” the website says.

Not quite according to plan

In the middle of the room, a woman in black lingerie sits on a swing-like object; next to her is another girl wearing a corset and nipple clamps.

Suddenly, a short guy with painted face and horns bursts into the picture, and starts touching everyone, as if casting a spell or a curse. To the right is a small group of people dancing reluctantly.

All the while, at the bottom of screen, the Live icon stares out continuously, although everyone knows it’s a recording.

Moving to another hall takes about five minutes — the picture didn’t want to download, and instead of the room the website displayed a black screen. I take another step forward and hear a screech from the real world — my cat has narrowly escaped being trodden on. Leaning down to stroke the poor thing, in the new hall I see a guy in glasses tying up a girl with dreadlocks. A short distance from them, a bald guy spanks a pair of female buttocks. 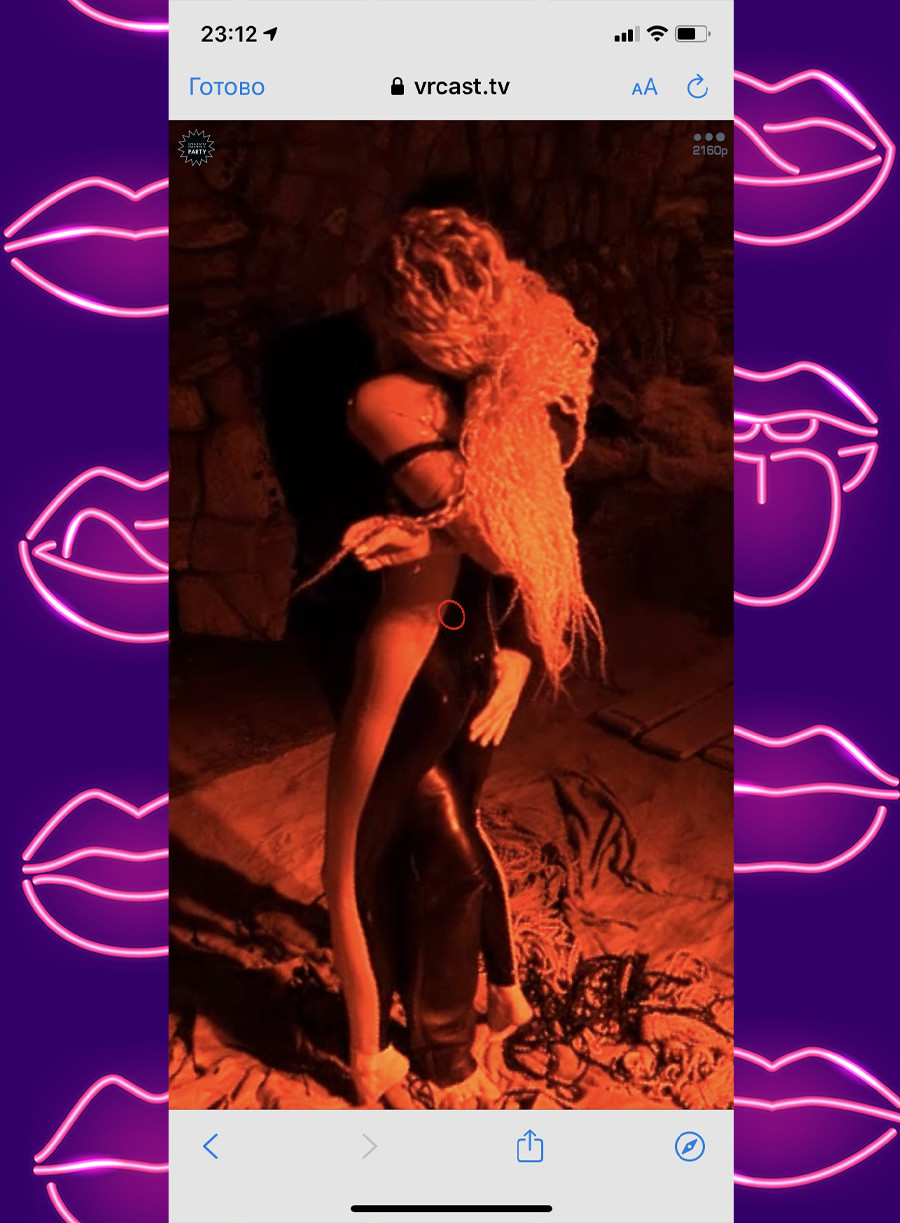 In the next hall, this one lit up lilac instead of red, another masked guy whips a girl tied to a wooden cross.

It all has a rather unnatural feel to it — as if a group of strangers have been locked in a room and, under the threat of torture, forced to pretend that they crave one other.

To somehow diversify the evening, I join the Black video chat in Zoom. The name is apt, since half the users prefer to keep their faces hidden, and instead of a mass virtual hangout, I see only black squares on the screen. 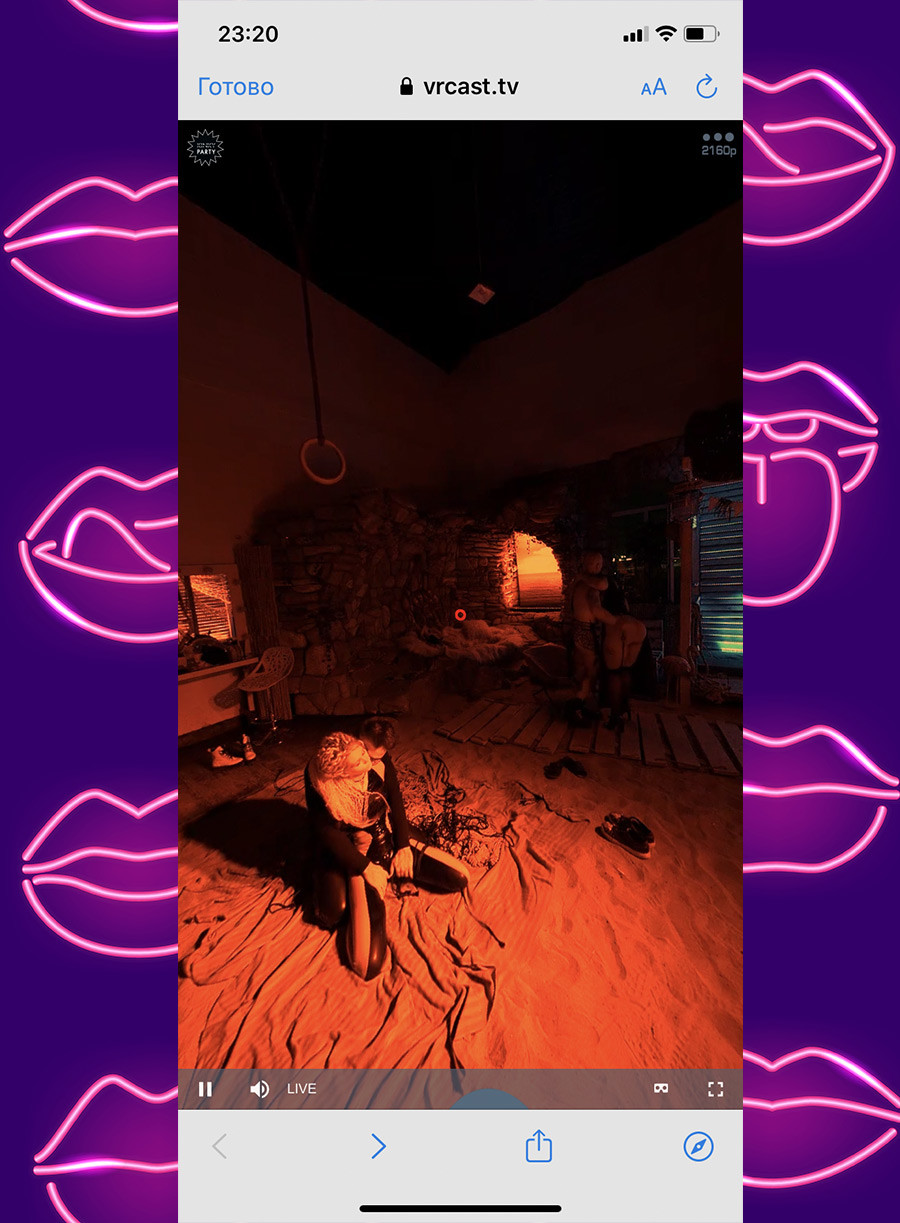 At that moment, I feel my boyfriend’s real-world hands start to stroke my neck, but instead of arousal, I feel only awkwardness and disgust.

“That’s one messed-up kinky going on there, they’re showing the wrong kind of sex,” he mutters huffily.

“Yes, there was a glitch during filming, the camera stopped recording for three hours. It’s not much of a substitute for a real kinky party,” says one of the filmers.

He admits that it was really difficult to shoot — there were too few participants and no real opportunity to find someone you might actually like. As a result, you had to interact with everyone — even the uber-weirdos.

“An online party is basically a teaser for a real kinky party. It’s for those thinking of going to one, but still unsure. It’s a chance to peep through the keyhole,” he explains. 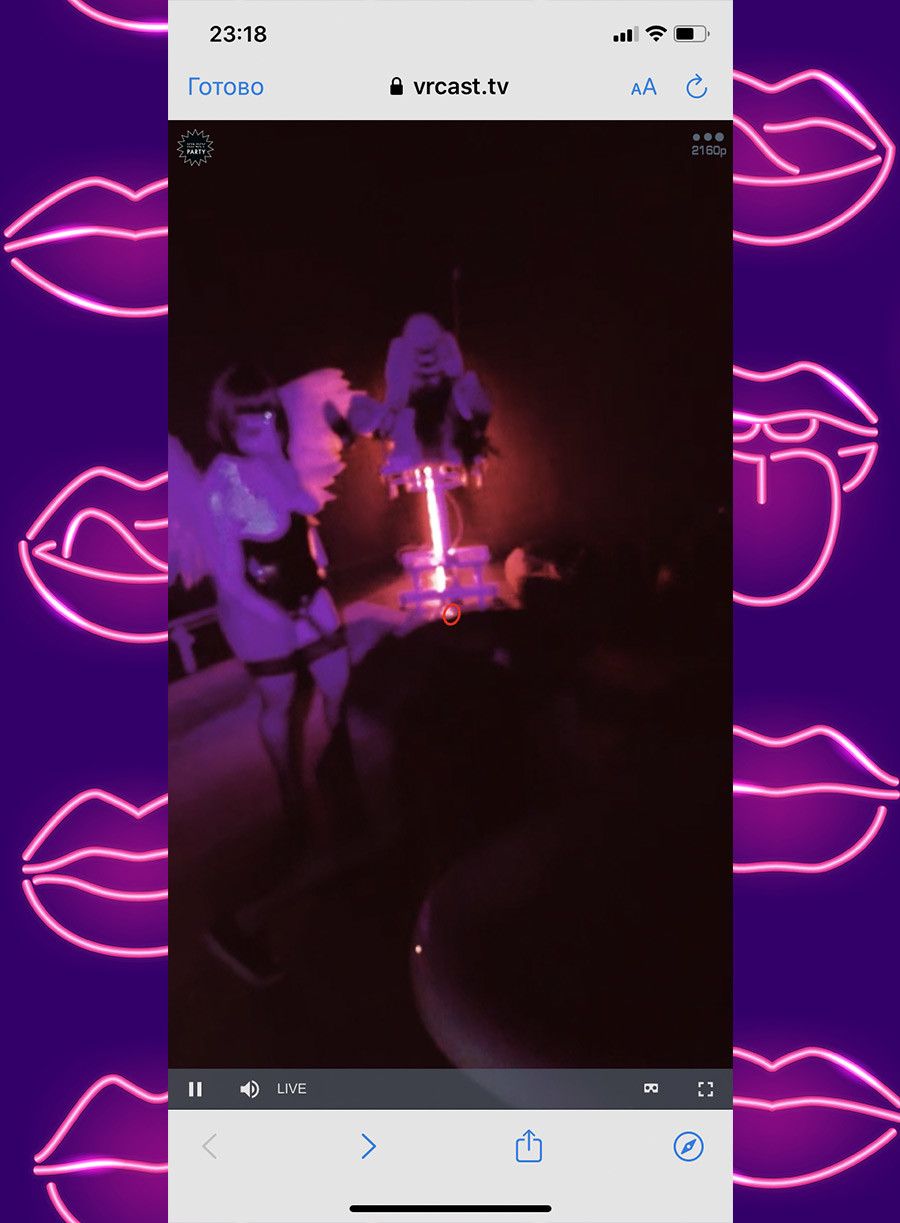 In the words of Tatyana Dmitrieva, the above-mentioned co-founder of Kinky Party Russia, online events are “like rough drafts”; that said, she plans eventually to turn them into a weekly online streaming event.

“So as to maintain the atmosphere, we will introduce strict entry criteria, and guests will have to obey the dress code. We will also prohibit participants from turning off the webcam. Anyone who breaks the rules will be automatically excluded from the video chats,” says Dmitrieva about future parties.

In addition, there will be themed master classes held on selected days, and monthly online parties with no dress code for all-comers.

“We basically want to make webcams with a human face. We want to attract people interested in the online sex format but who don’t want to plunge into a world with no aesthetics and self-expression. It's all waiting to happen,” says Dmitrieva.

In the end, I couldn’t stay more than an hour at my (and Russia’s) first online kinky party. Instead of an atmosphere of freedom and collective VR, it seemed to me that self-isolation was weighing more heavily than ever: on those who did the filming — desperate to interact with anyone just to get away from home; on the organizers — struggling to save their business; and on the guests — willing to pay for webcam chats with black screens just to feel less alone.

That night, fortunately, I didn't fall asleep alone. But before going to bed, I couldn’t help thinking about all the people separated from loved ones due to the lockdown, and how much more they will have to "peep through the keyhole" for an imitation of free sex and love. I hope not for long.