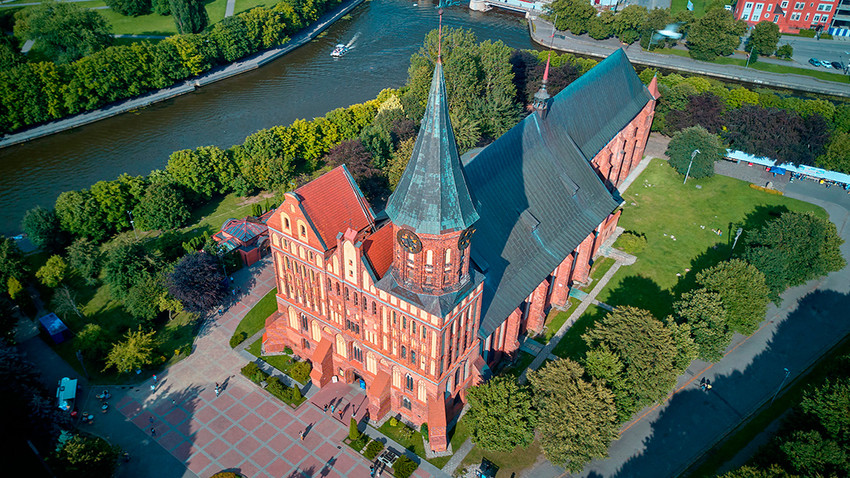 Legion Media
Kaliningrad is a city unlike any other in Russia, because, originally, it was German. 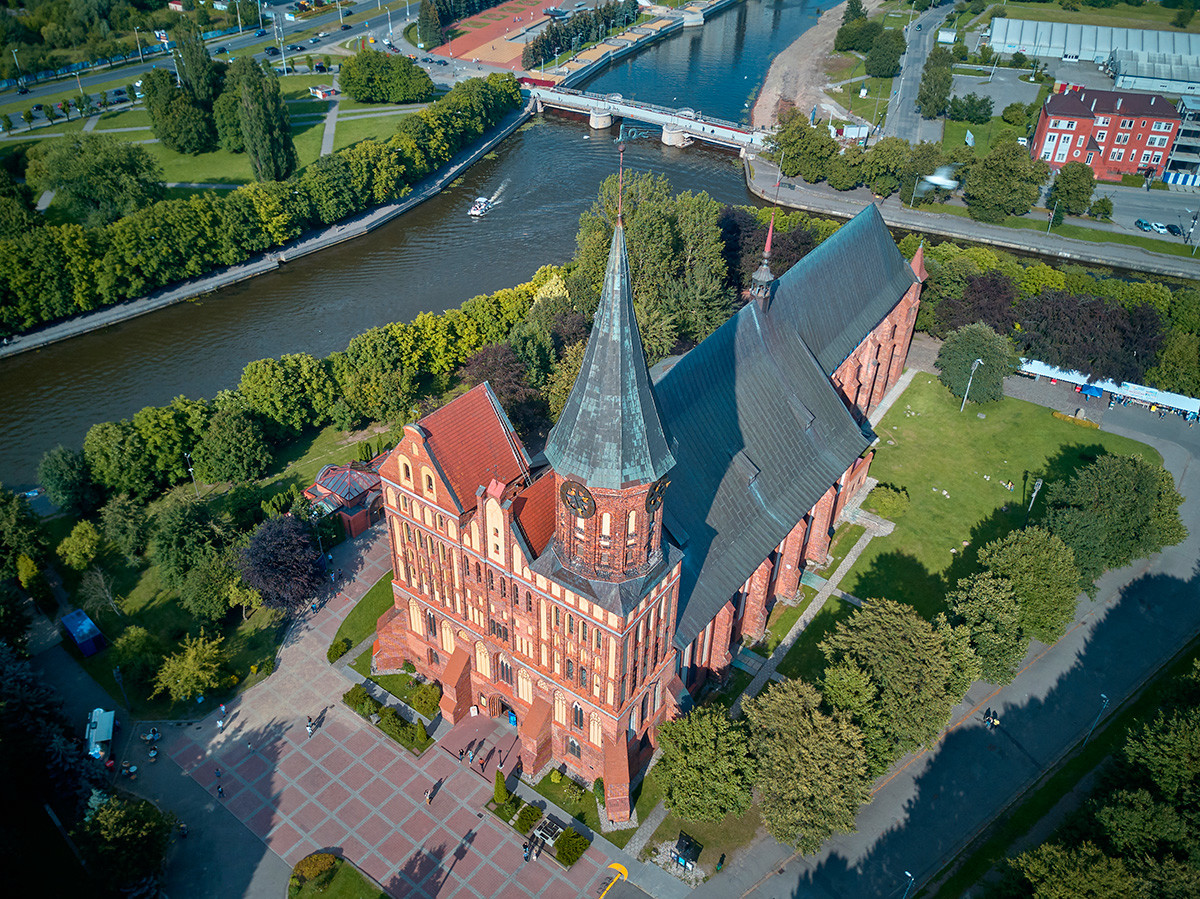 Before Kaliningrad became a Russian city in 1945, it was part of the Kingdom of Prussia, and later, the German Empire. Many of the city’s architectural landmarks were built during these distant times. And the Königsberg Cathedral arguably is the most significant of such landmarks.

The 14th-century Gothic-style cathedral was completed in 1380. The cathedral stood intact up until 1944, when it suffered as a result of bombing raids by Allied forces. The new Russian authorities only began rebuilding the cathedral in 1992.

The tomb of influential German philosopher Immanuel Kant, once a resident of the city, is located within the cathedral. 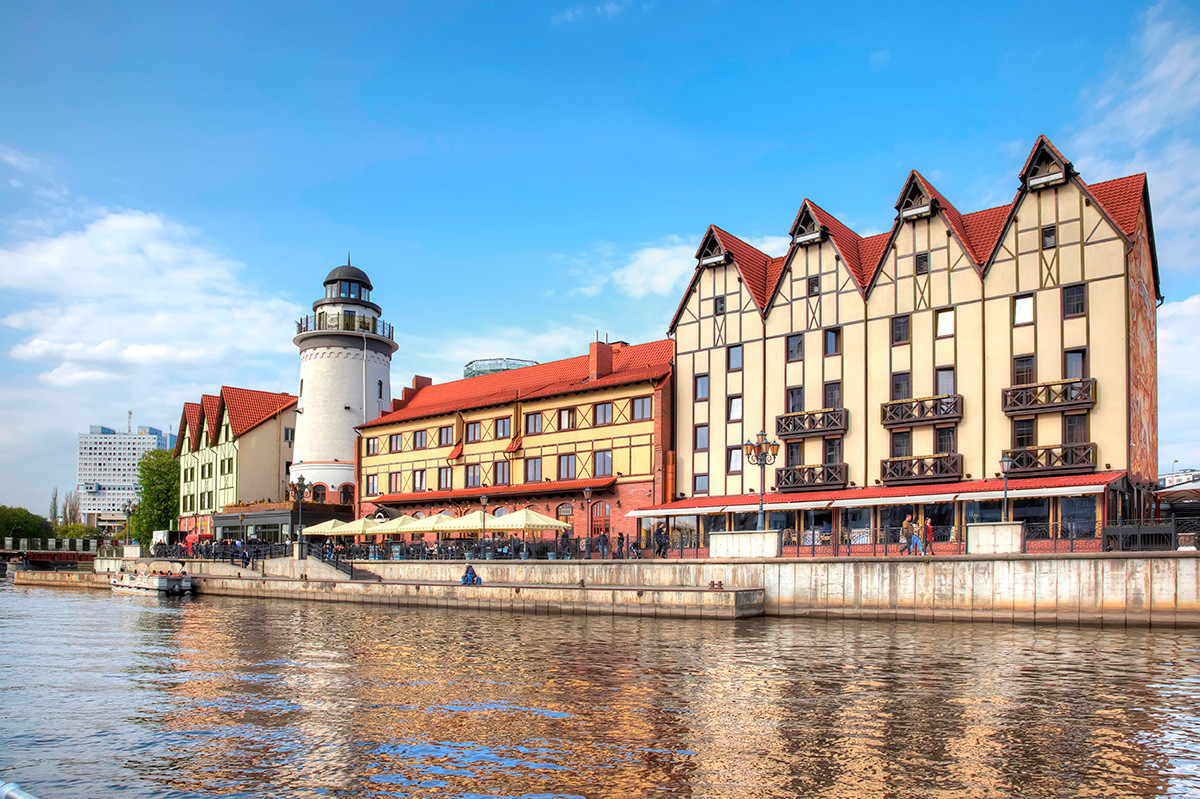 Rybnaya Derevnya is one of the top tourist destinations in Kaliningrad. Although it was only built in 2006, it has been stylized to look like a district of an old Prussian city.

This rural social pool has a gallery, hotels, cafes and stores. Probably most importantly, the site has an imposing lighthouse that overlooks the Pregolya River. On top of the lighthouse is an observation deck for visitors. 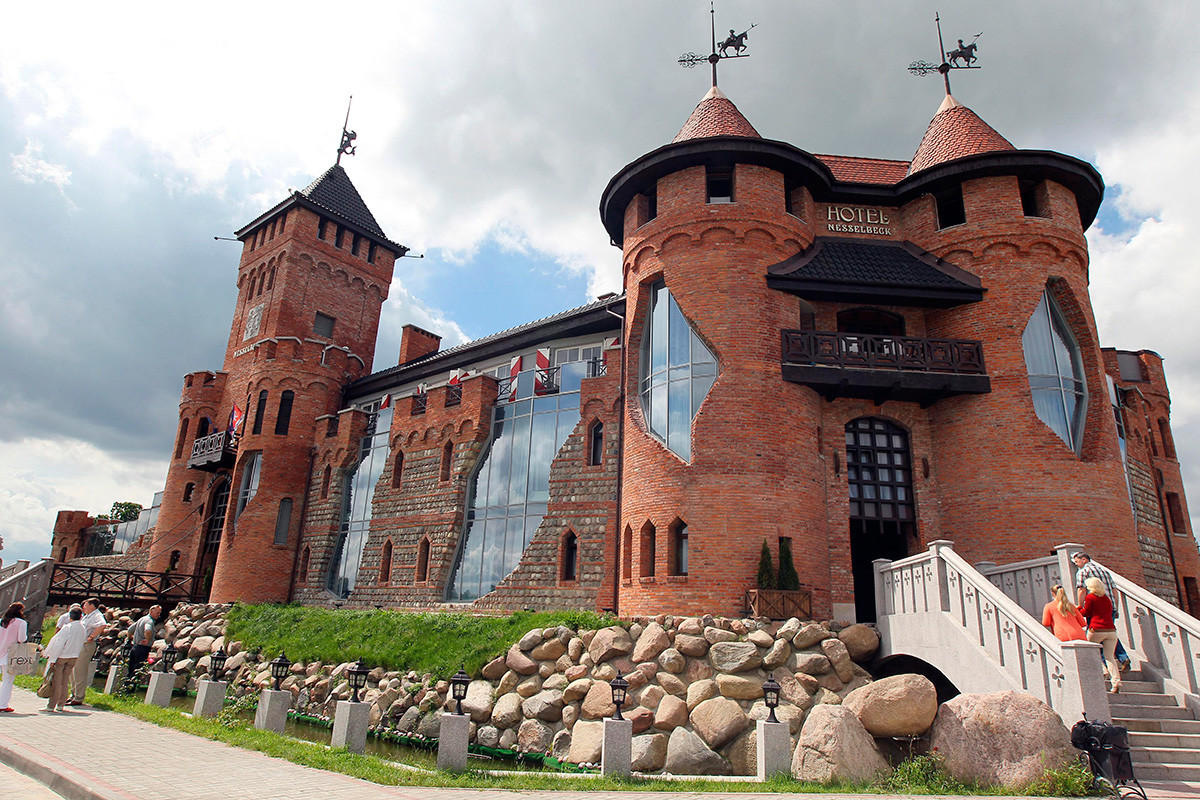 Staying in this three-star hotel, stylized as a medieval castle, is a perfect way to experience the unusual ambience of this city. Rooms here were made to match the medieval look of the castle. The hotel also has its own brewery that serves original beers to its guests.

The hotel hosts occasional jousting competitions for entertainment and houses the eerie Museum of Medieval Tortures and Punishments. 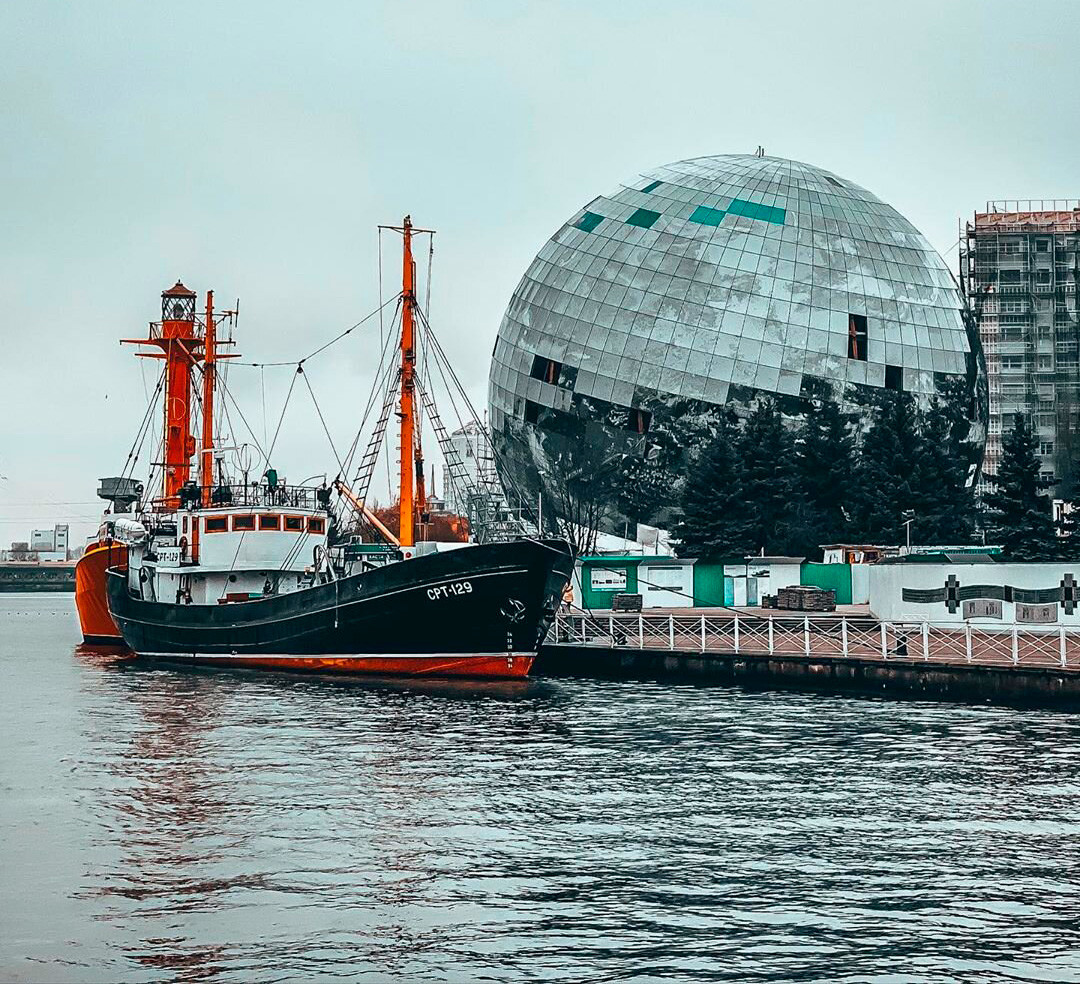 The architectural concept of this new exposition complex comprises the Naval Center, exposition and museum depository, and an educational center and was developed by a St. Petersburg architectural studio.

The building has a spherical form in homage to the Earth. The museum depository and Naval Center’s pavilions have a cubic form corresponding to the unit of measurement of the Ocean. 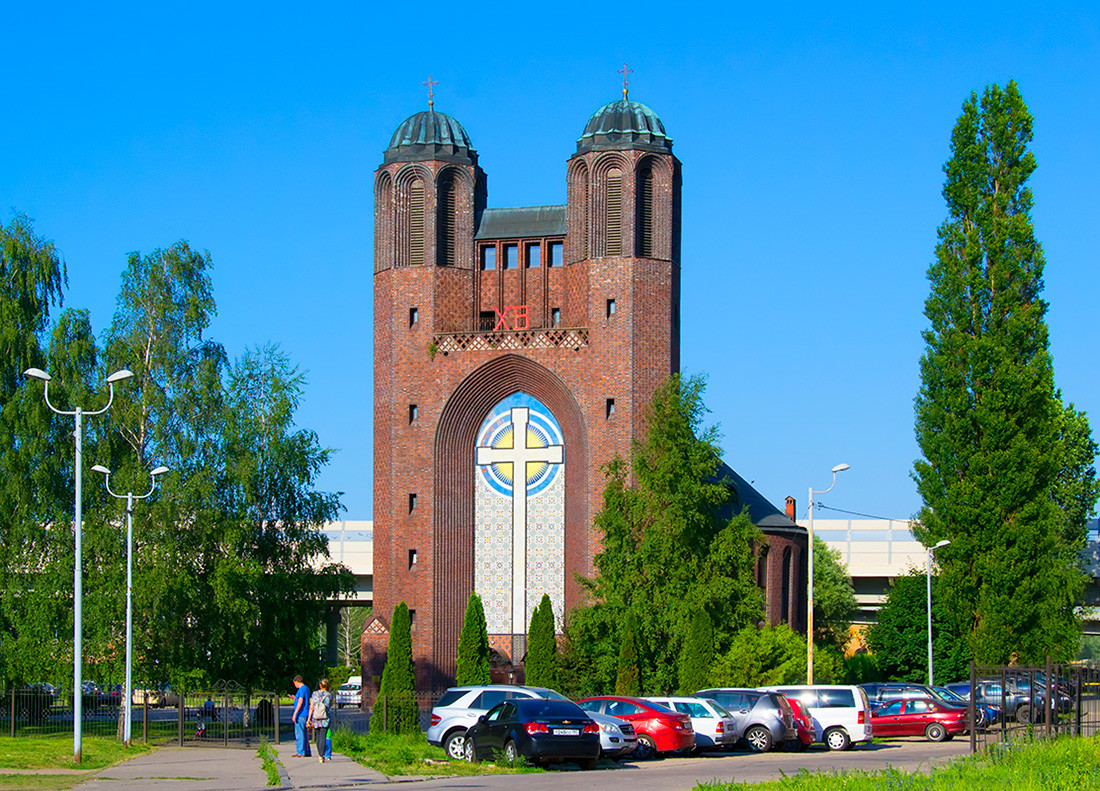 This church was built between 1930 and 1933 for the evangelical community of Königsberg. Despite the aerial bombings of the city during World War II, the church didn’t sustain any major damage. After the war ended, it was utilized and re-equipped as a garage and, later, a fishing equipment factory. In 1988, the church resumed its worshipping service, however for Orthodox believers. 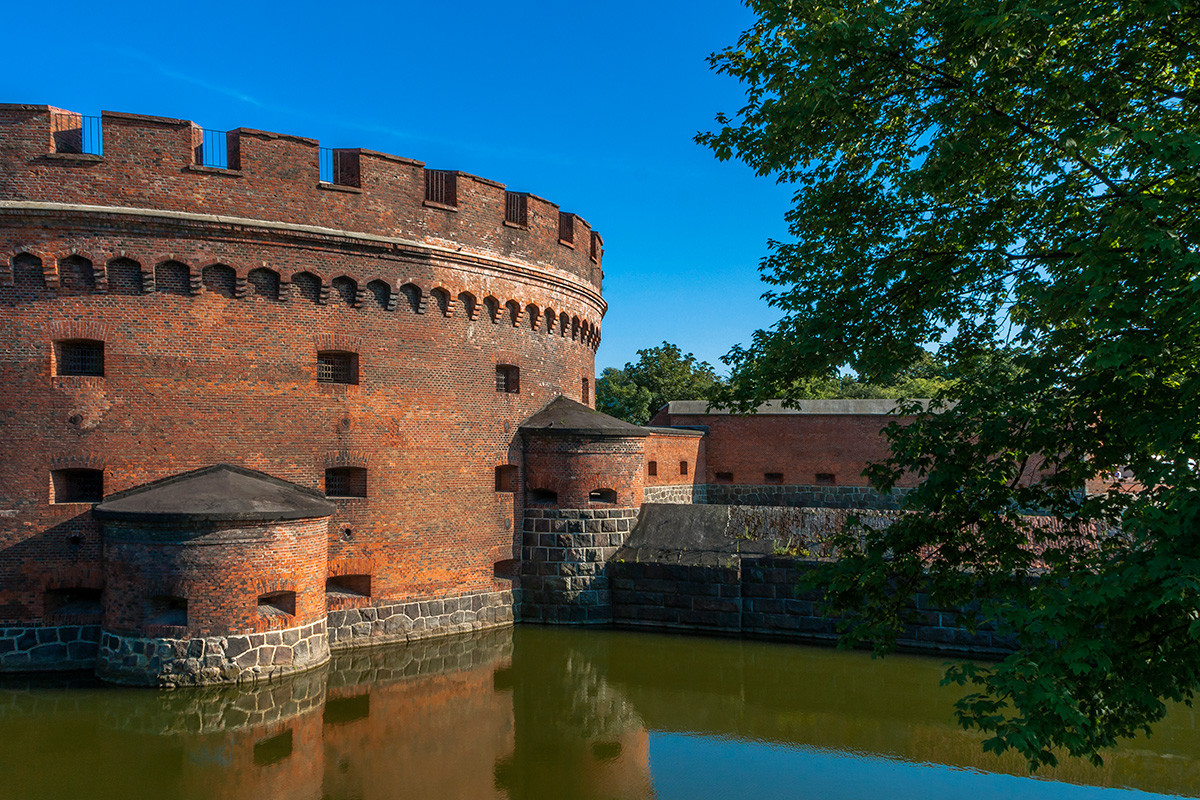 This museum occupies an old reconstructed fortification originally commissioned by a Prussian field marshal during the Napoleonic wars (1803-1815). Yet, the museum opened only in 1979. Currently, it houses an impressive collection of amber artifacts. 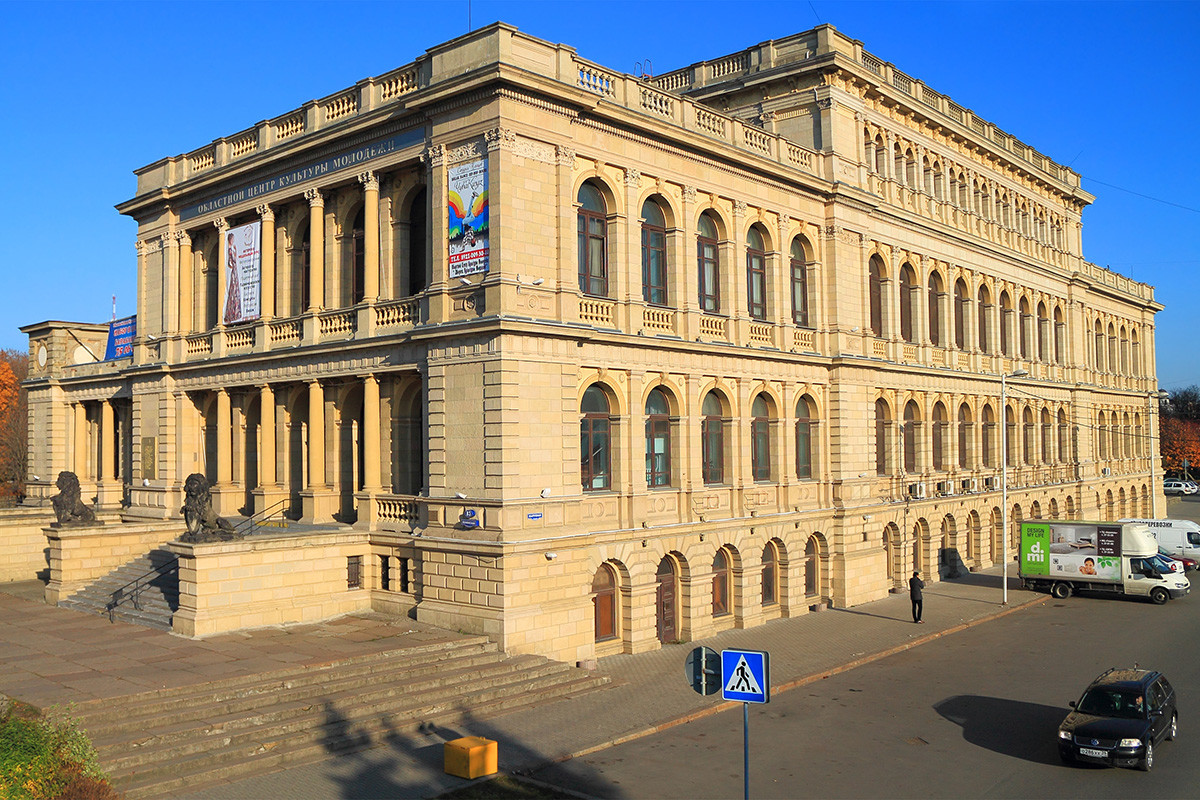 This imposing building was opened in 1875 to host its namesake, the Königsberg Stock Exchange. The building was originally decorated with allegorical figures of Europe, America, Asia and Africa, and had two figures of lions placed at its steps. It was designed in the Northern Italian Neo-Renaissance style.

While the building was also damaged during the war, it was not subsequently demolished, like many other damaged buildings in Kaliningrad were, but instead, rebuilt in 1967. Since then, it has played host to a Soviet and, later, a Russian cultural center. 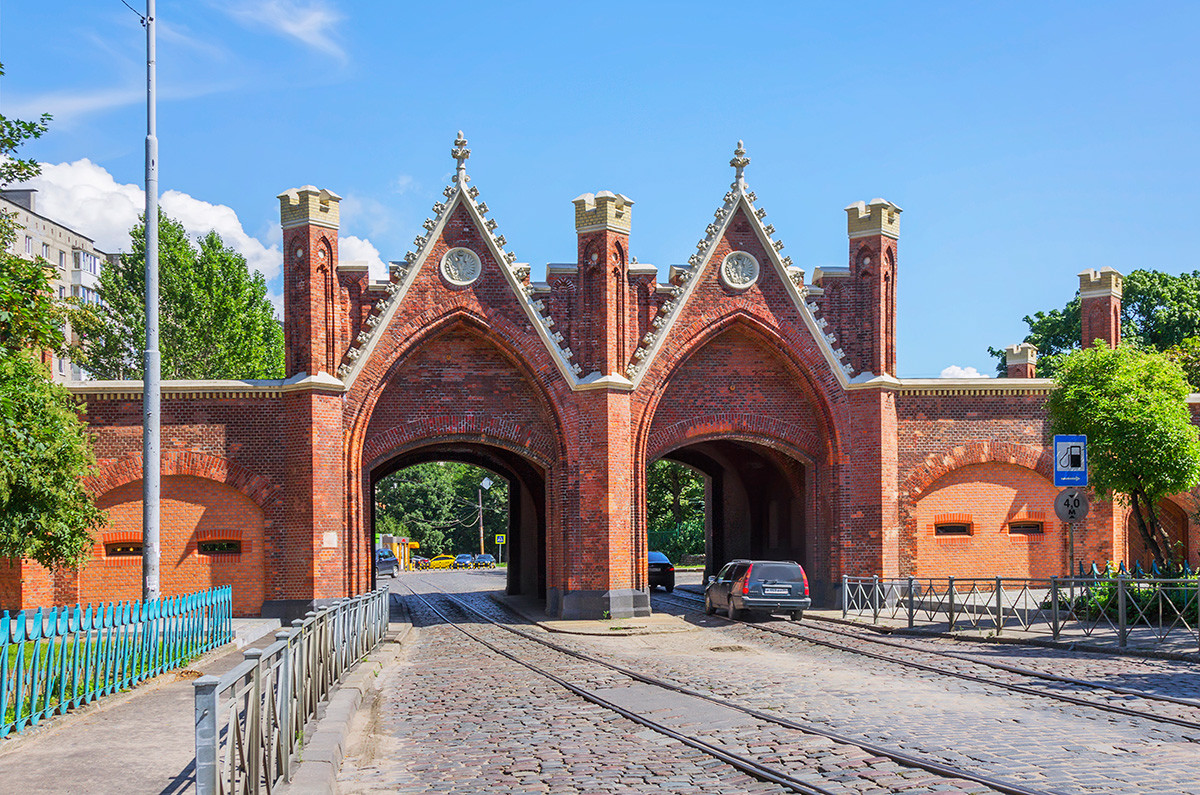 The Brandenburg Gate, in the south-western part of Königsberg, was built in 1657 and was originally made of wood. The original wooden gate was replaced with a brick structure by the order of Frederick II of Prussia in the 18th century.

Today, the Brandenburg Gate is the only ‘gate’ in the city that is still used for its intended purpose (so it is actually possible to drive or walk through the gate). This valuable architectural monument is protected by the state.

9. Church of the Holy Family 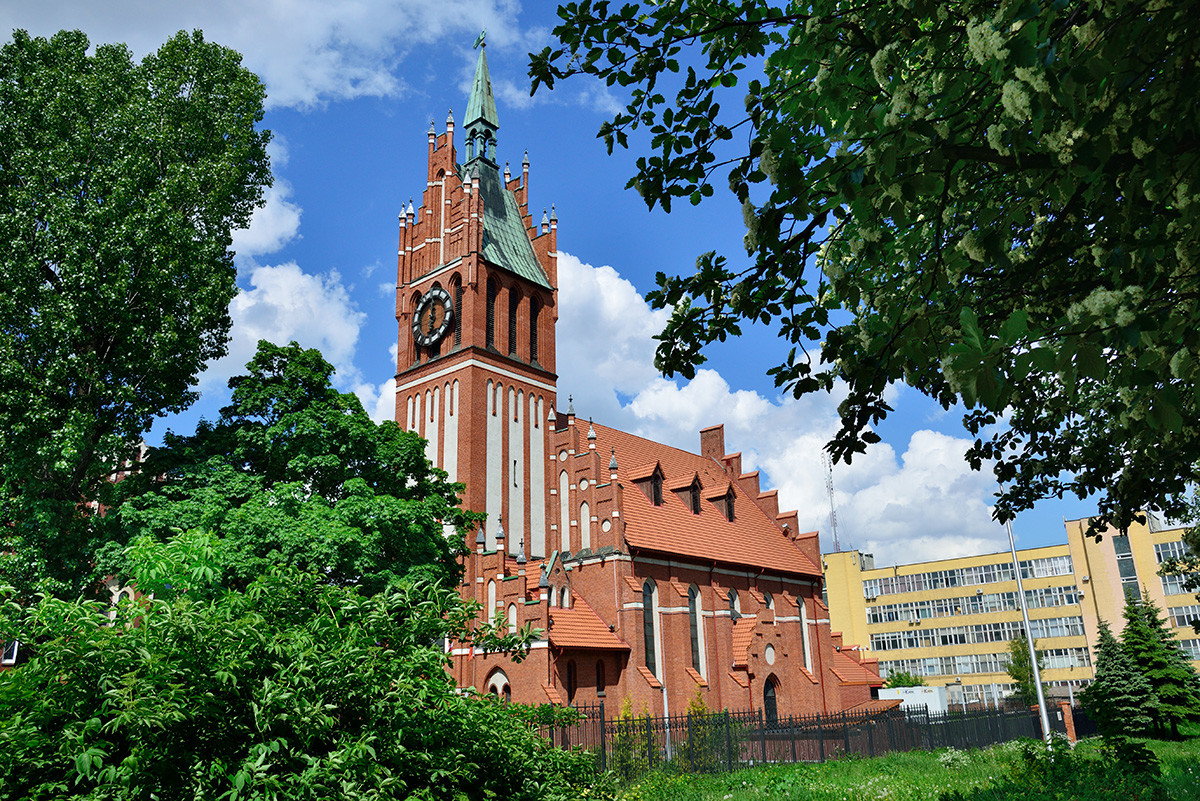 This neo-gothic brick church was built in a southern residential quarter of Königsberg between 1904 and 1907. Designed by a famous German architect named Friedrich Heitmann, the church was used by the Red Army as a lazaret during WWII and, later, as a fertilizer depot.

After it underwent restoration in the early 1980s, the former Catholic church was turned into a concert hall for the Kaliningrad Philharmonic Orchestra. 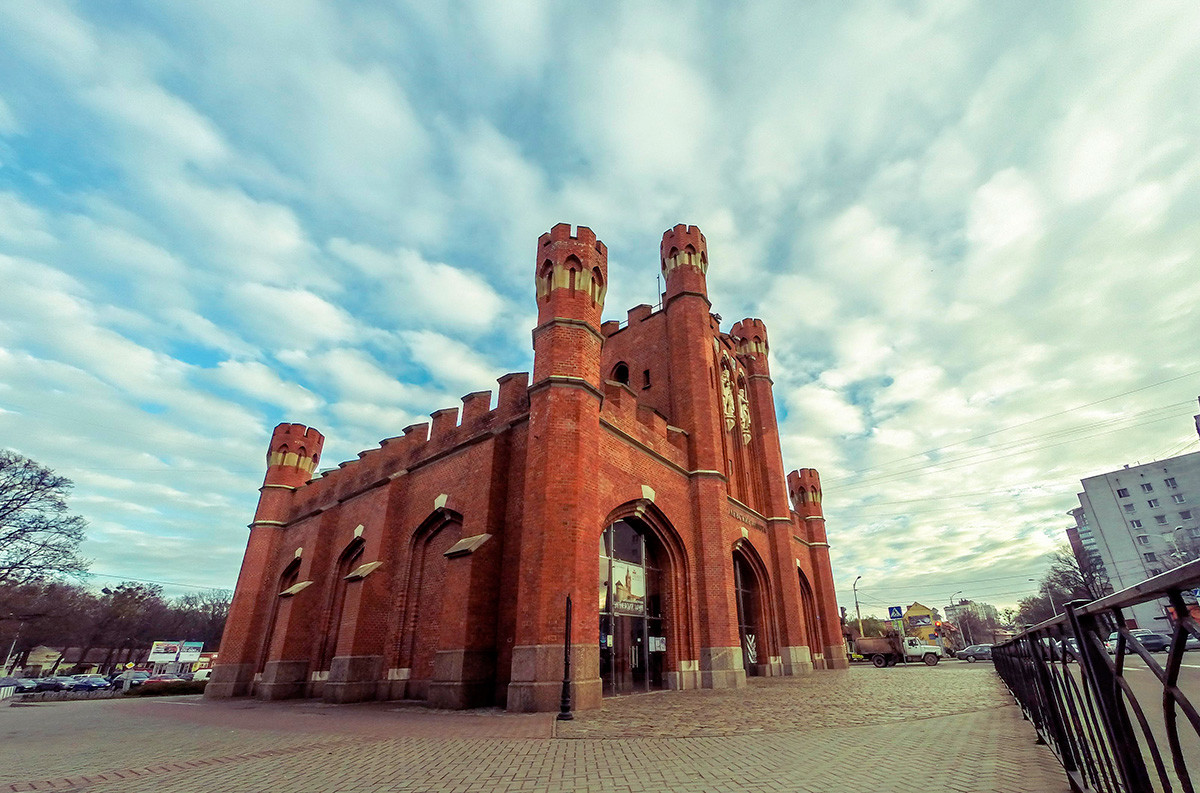 It may look like a small castle, but it is not. Instead, this is one of the 6 gates that were built around the city. Originally called the Gumbinnen Gate, the gate received its current name in 1811, after the street it was located on: Königstrasse. The street was called so, because Prussian kings would pass it while attending to military inspections.

Today, the gate hosts a historical and cultural center dedicated to the Great Embassy of Peter the Great, dedicated to Russia’s first emperor’s journey to Europe.

Click here for 10 most BEAUTIFUL buildings & sites in Sochi (PHOTOS).