7 Russian clothing brands you have to check out (PHOTOS) 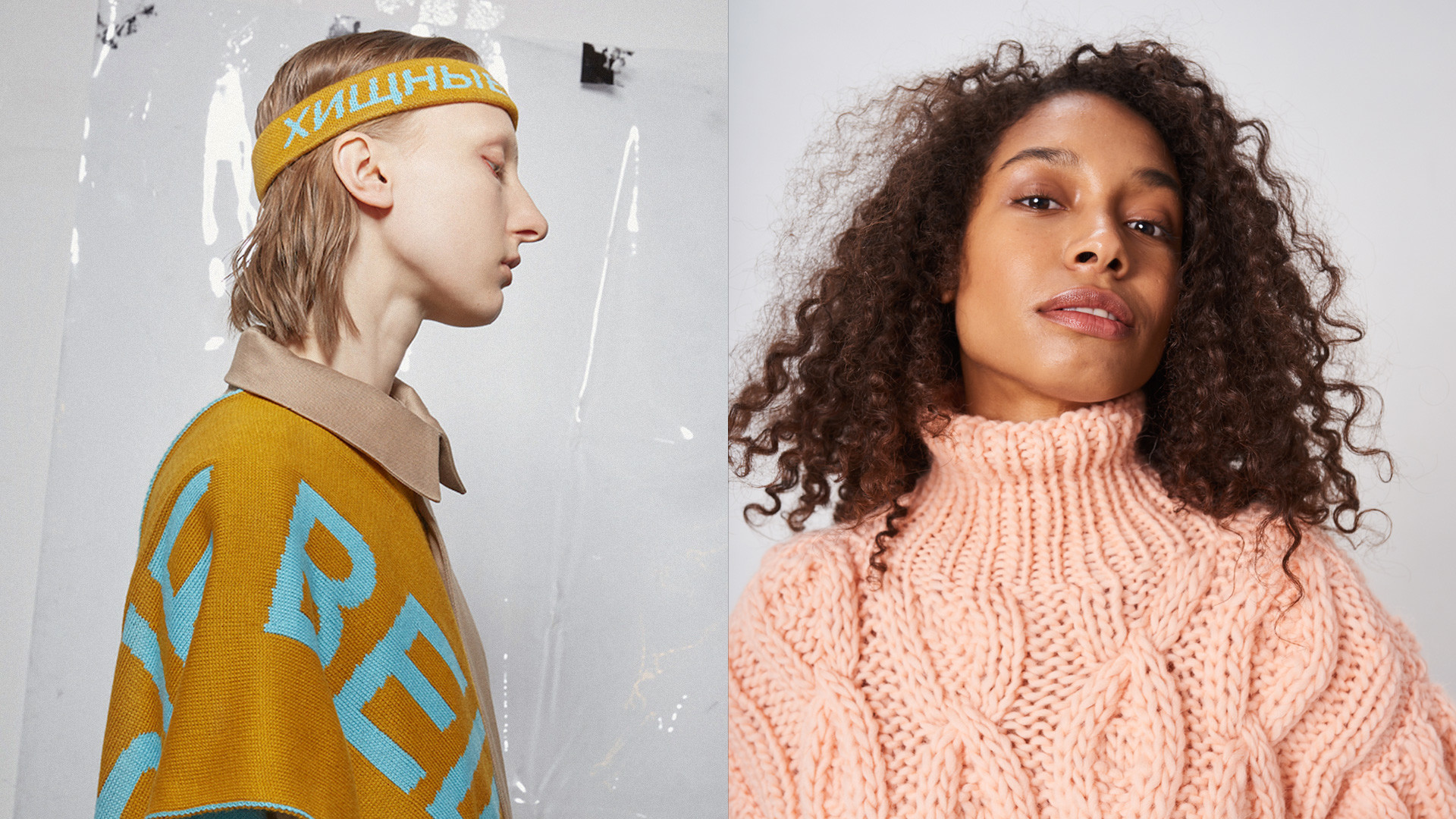 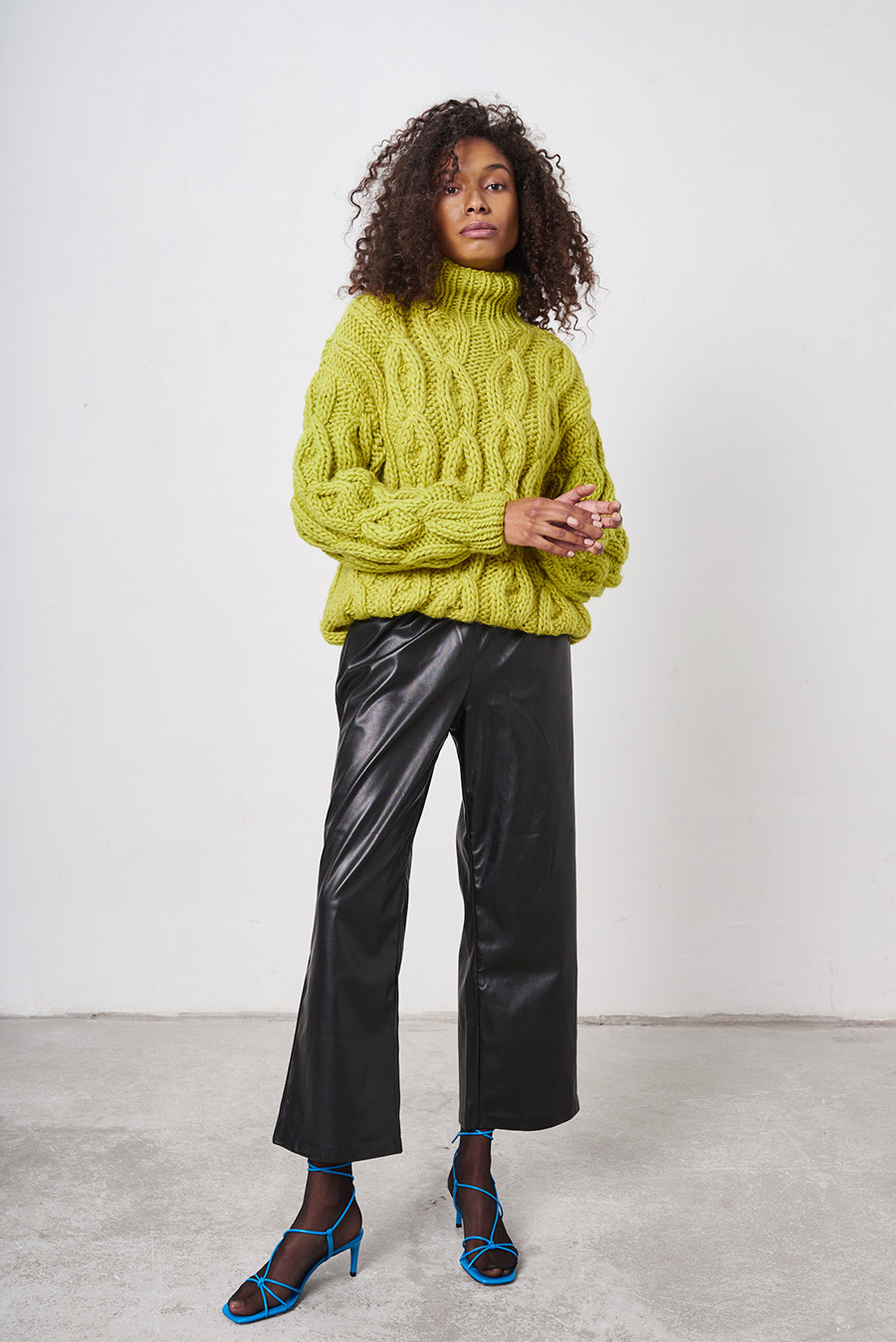 In 2015, while wandering through the streets of Rome, Muscovites Yekaterina and Alexei (they do not disclose their surnames), who did not have any training or background in design, decided to launch a brand of stylish and simple clothes equally suitable for a working day in the office and for evening walks.

“In the first half of the last century, Francis Scott Fitzgerald and Evelyn Waugh wrote novels about the gilded youth - students of the best universities in England and the United States, educated, well-bred, with a sharp tongue and endless erudition. And, of course, very well-dressed. We <...> decided to reimagine those ideas of style and bring them to Russia,” the founders of the brand said in an interview with online fashion publication Buro. 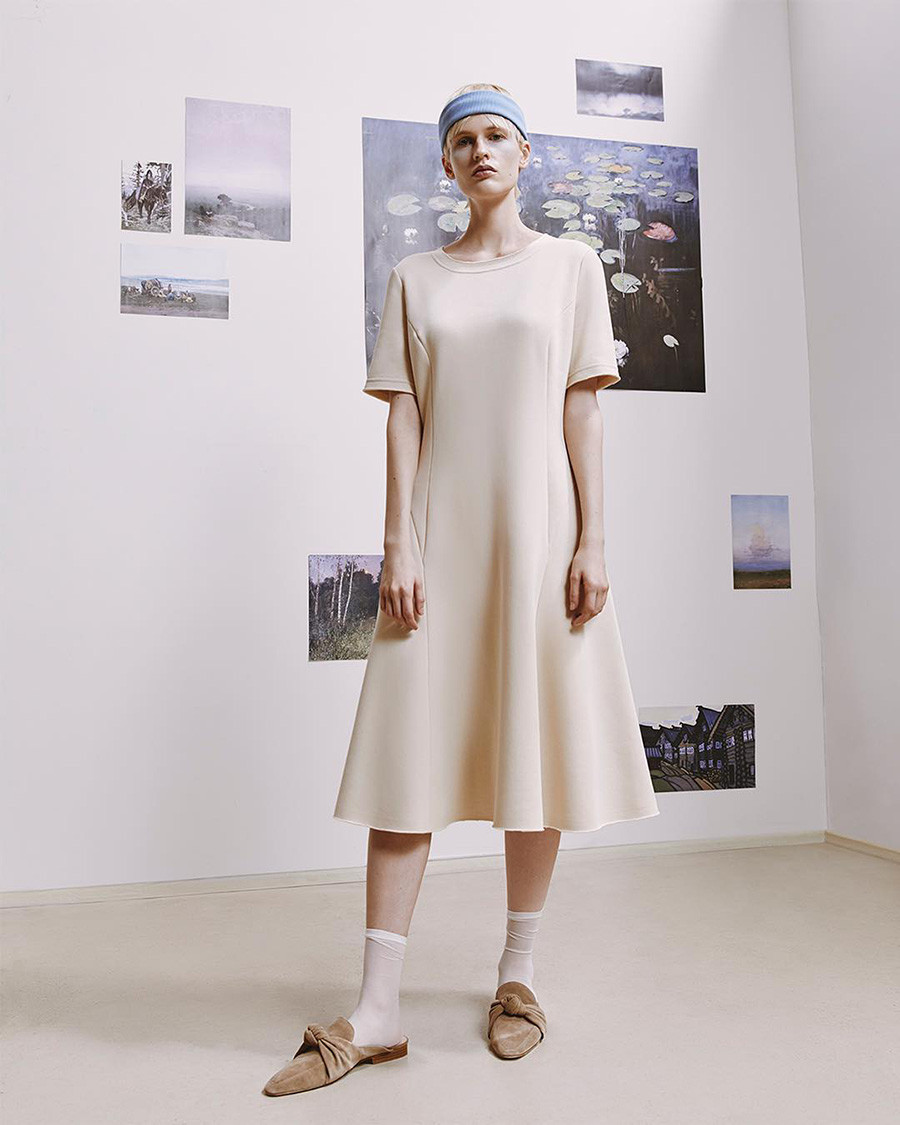 This is how MIR (which stands for “Made in Russia”) Stores came about, a store that sells the coziest bulky cable knit sweaters that look as if they had just been knitted by your grandma. It is no wonder that they are so popular with Russian celebrities and are sold at prices starting from 10,900 rubles (approx. $150) a piece - they are also super comfortable and will keep you warm no matter how cold it is outside.

All of the brand’s major collections are made from wool, cotton and linen. 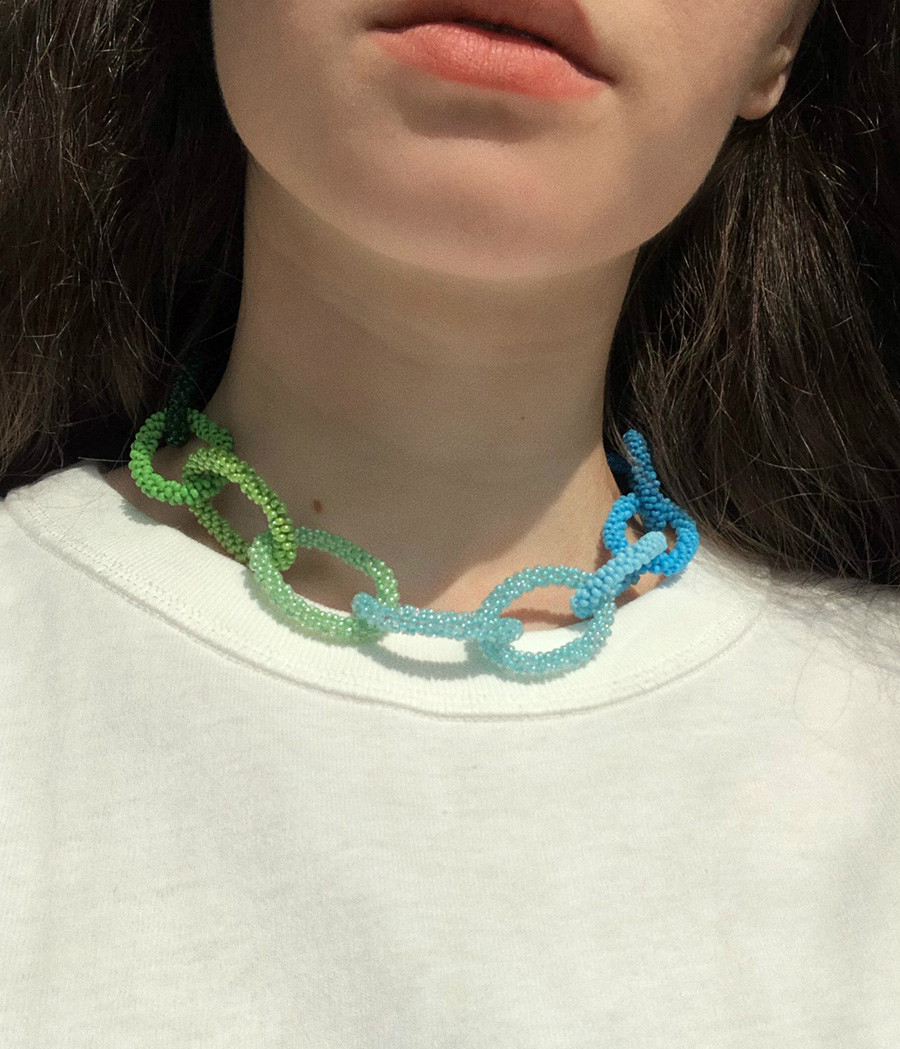 In addition, during the lockdown, the brand launched a collection of beaded jewelry. 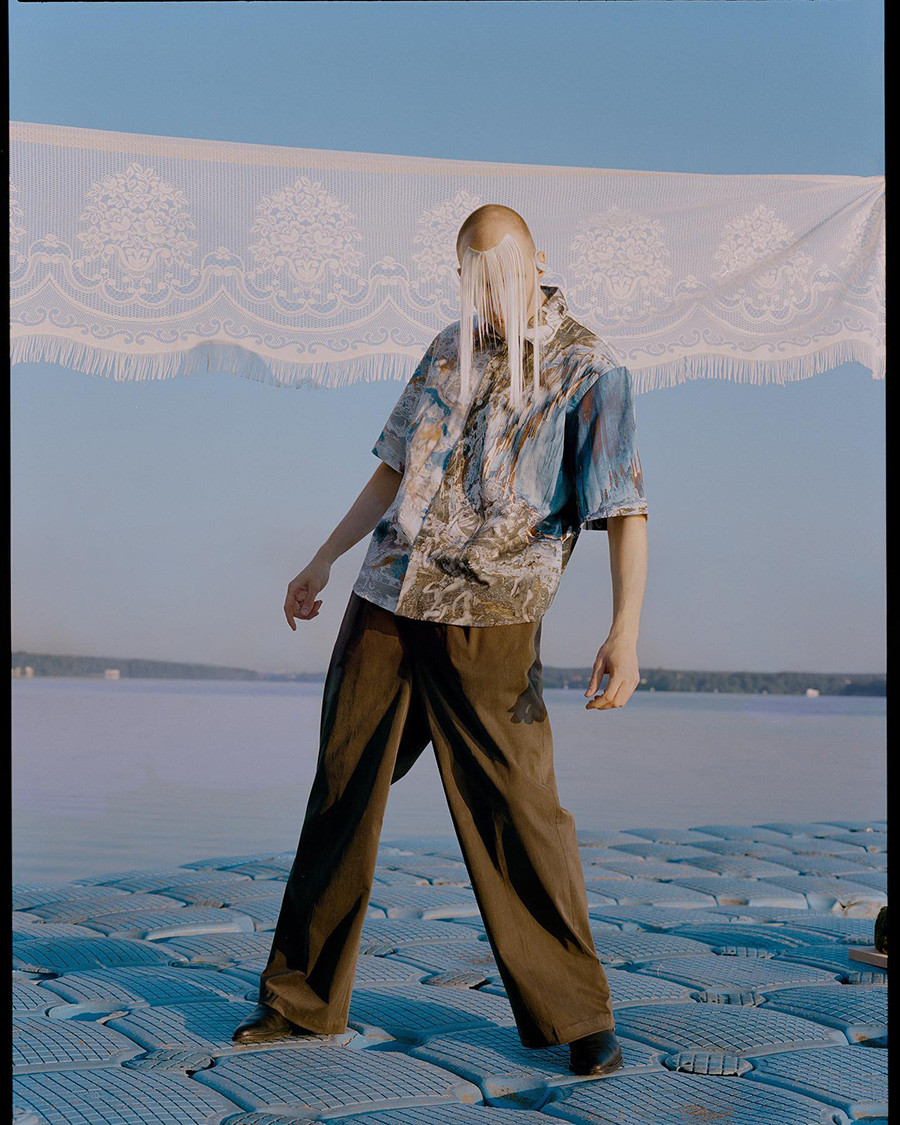 The history of this futuristic clothing brand with a Russian flavor began with a spontaneous meeting of Maxim Bashkaev and Dilyara Minrakhmanova, two fellow RUDN University students.

“Dilyara was wearing a pink coat she had made herself. I saw that it was simply sensational, plus she and I had been talking for a long time of wanting to set up our own business, so I said: ‘Let's do it!’” Maxim recalls.

Their first collection consisted of five coats, which all together cost 100,000 rubles to produce. They decided to present one of them to the editor of Harper's Bazaar: she ended up wearing it at the Milan Fashion Week and that was when everyone started talking about the brand in earnest. 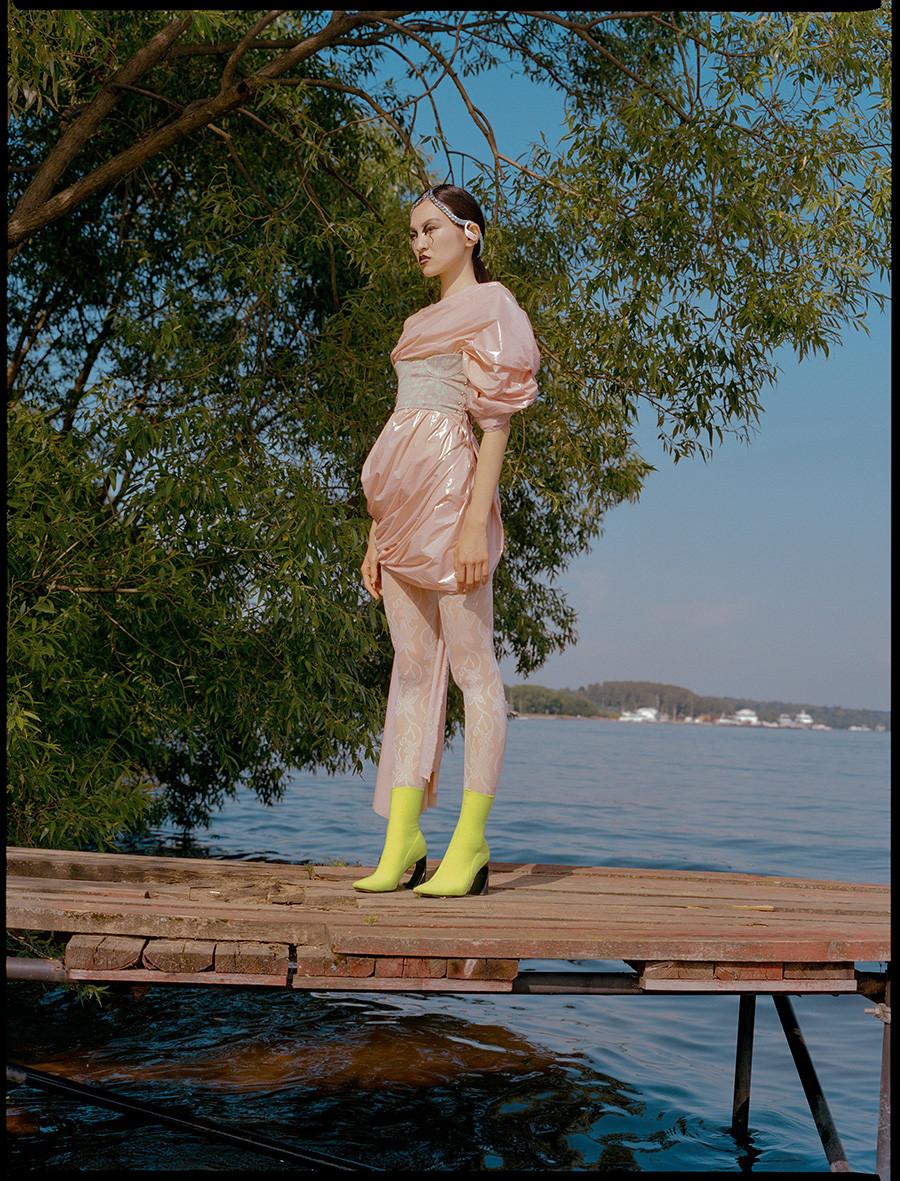 Since then, the collection has expanded to include both women’s and men’s garments that would not look amiss on the Blade Runner movie set - long trench coats with crocodile prints, ammunition vests with a “Moscow” print, military-style pants and bright-neon velvet tops. The brand has also launched its own creative agency, shot several fashion films and released a joint collection with Puma. 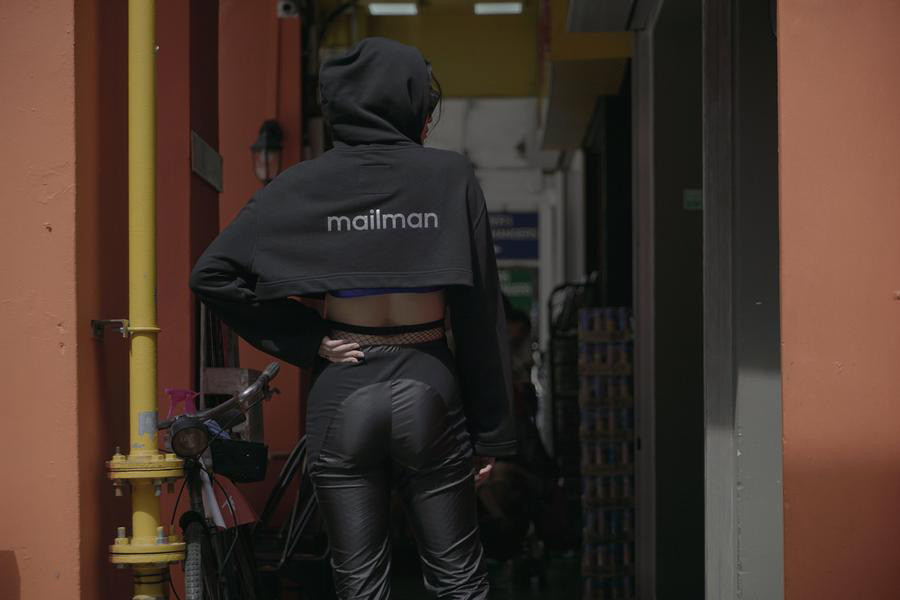 In addition, the brand has started a line of clothing in collaboration with Russian Internet giant Mail.ru: each of its items has an NFC chip embedded in it. If you scan the item with the help of a special app on your phone, you will see information about the product and how to take care of it. 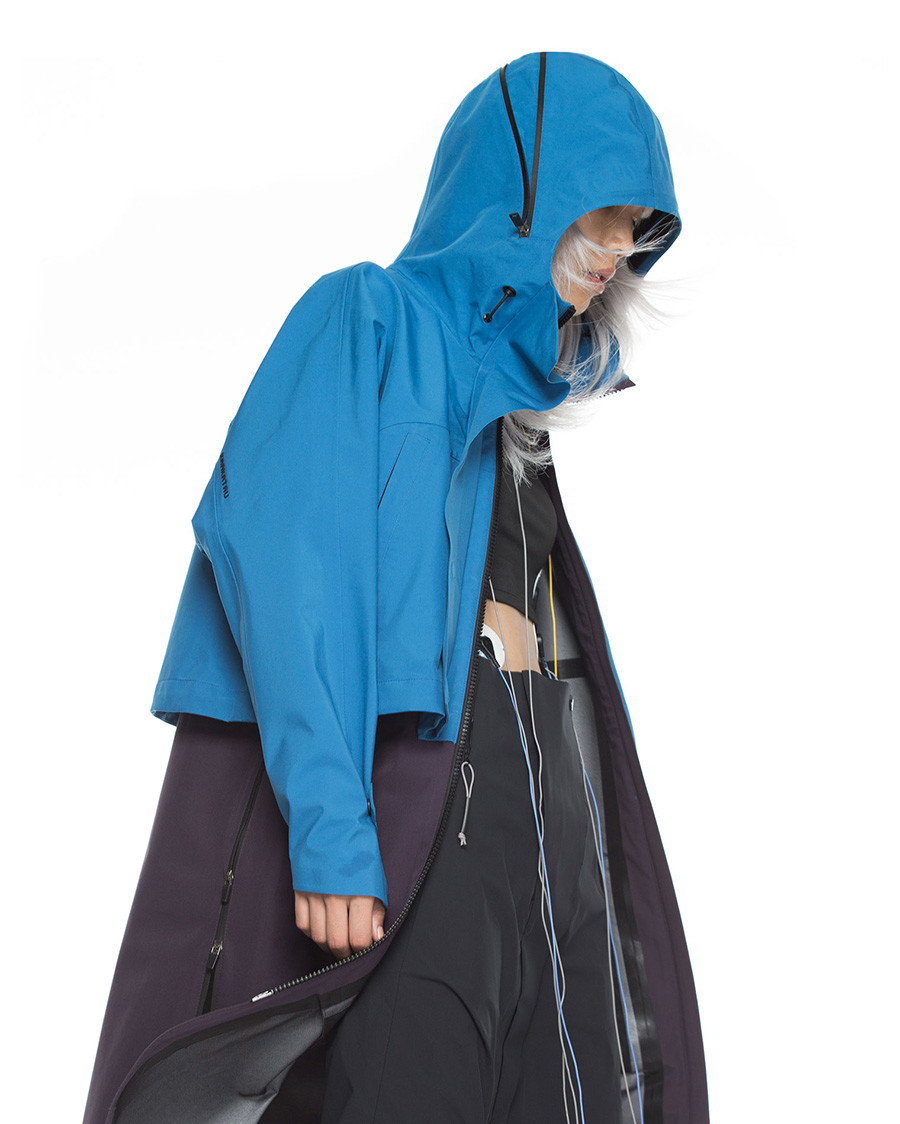 The idea of creating a high-tech brand of outerwear that offers full protection from the elements came to this brand’s founder (he does not disclose his name and prefers to call himself ‘LX Krakatau’) in the late 1990s, when he went to St. Petersburg to study from a southern city (he does not disclose the name of the city, either) and was shocked by endless rains. 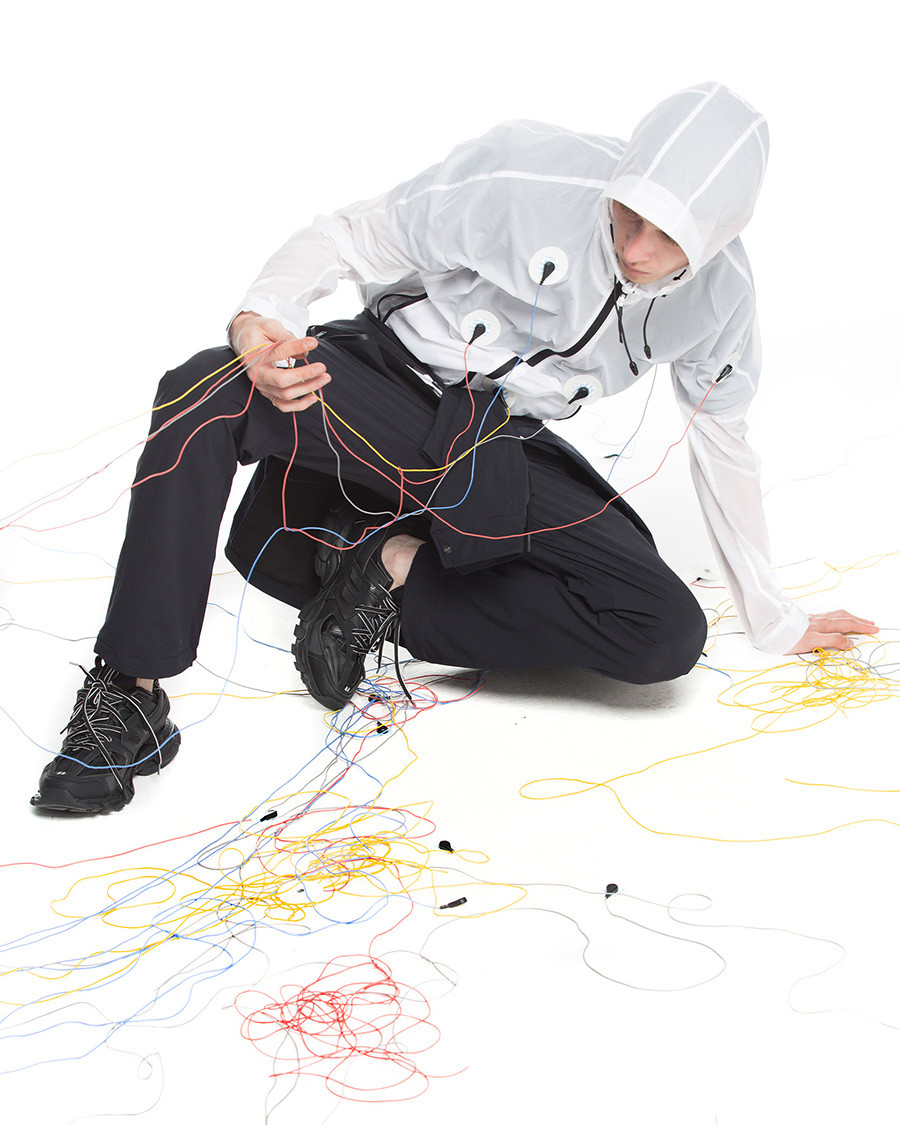 “The weather in St. Petersburg turns life into survival: you need to protect yourself from the cold, the wind, the rain and the snow - sometimes all at the same time,” the brand founder said in an interview with RBC. That was when he came up with the idea of creating warm, windproof and waterproof jackets for men - and the company's slogan: “Antagonist survival kit”. 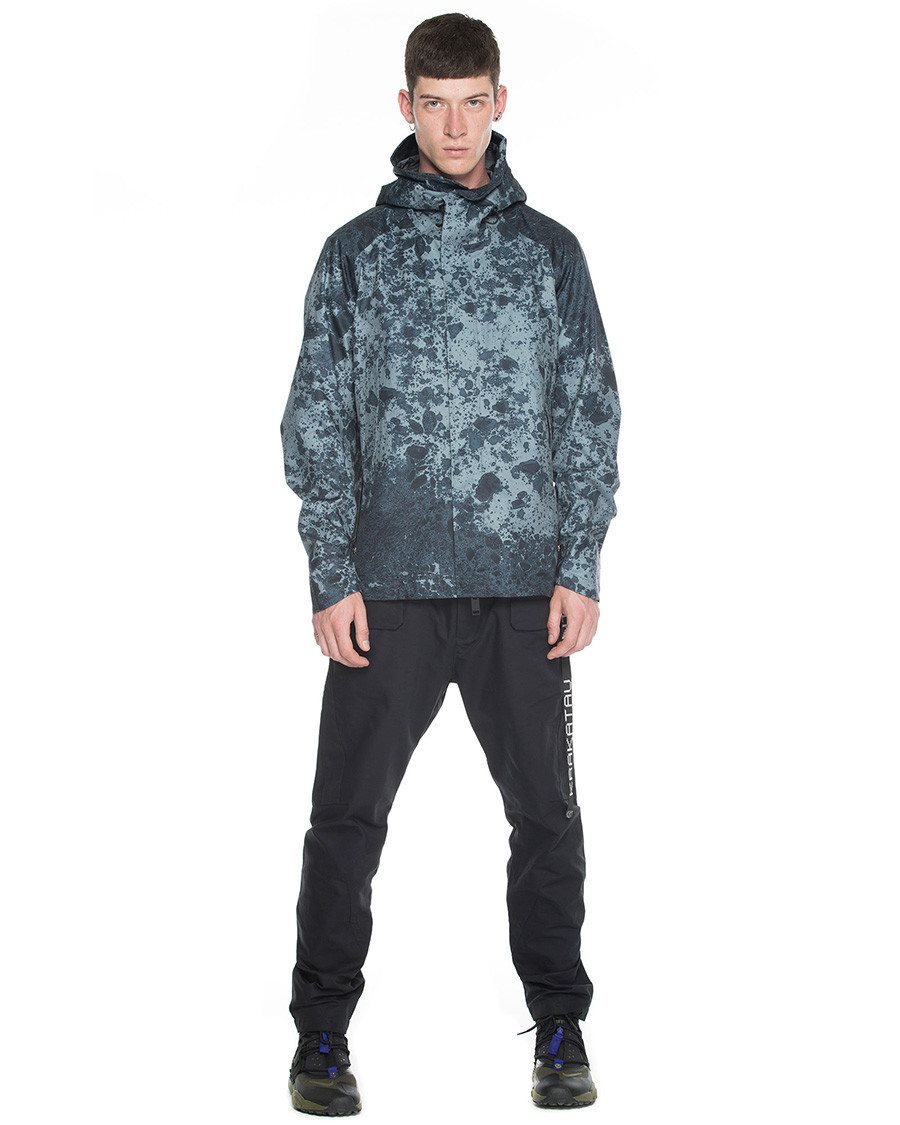 The company now sells outerwear and underwear for men and women in Russia, the USA and Europe. Prices start at 3,200 rubles (approx. $43). 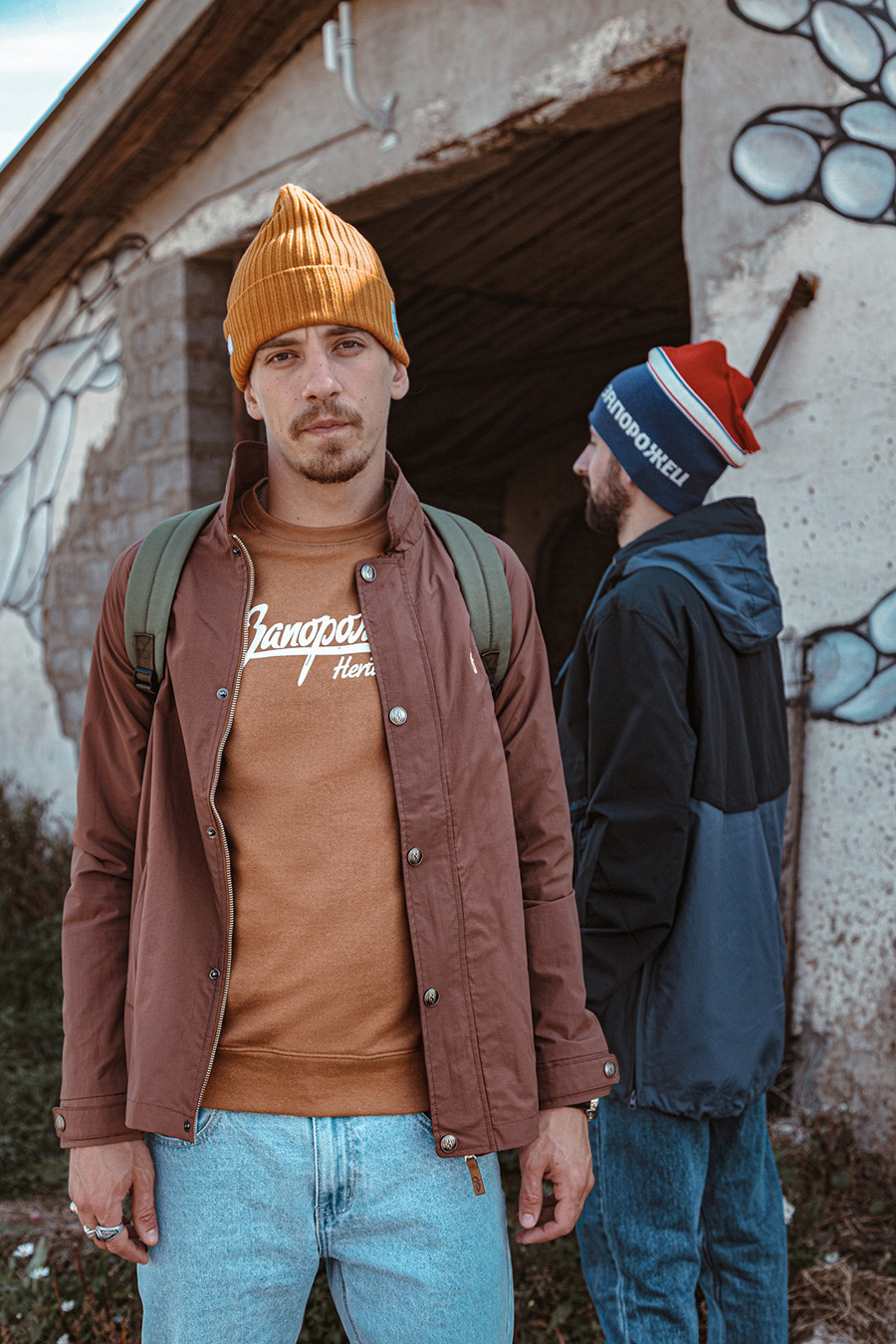 Socks featuring characters from Soviet animated cartoons, comfy padded jackets and sweatshirts reminding one of the uniforms of Soviet ice-hockey players – these and other similar items represent the essence of Zaporozhets, a cozy brand, forever nostalgic for USSR fashions from the early 1950s to the late 1990s. 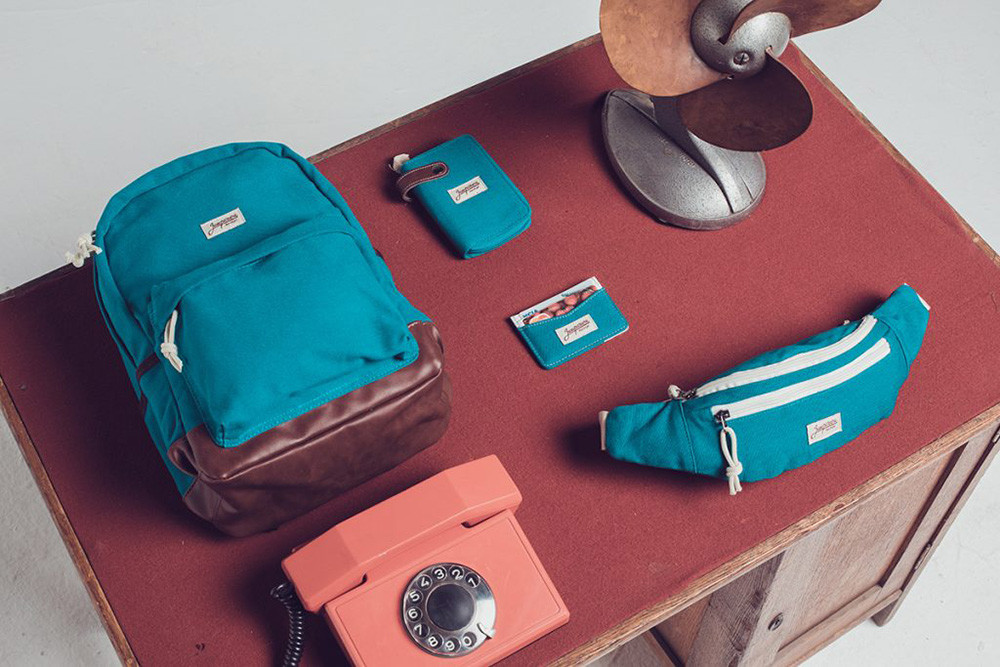 “We all travelled and wanted to look like guys in Western videos, but there wasn’t much to buy. At some point, I got the idea that the good design heritage of the past should be combined with topical streetwear,” says the founder of the store, Mikhail Labakhua. 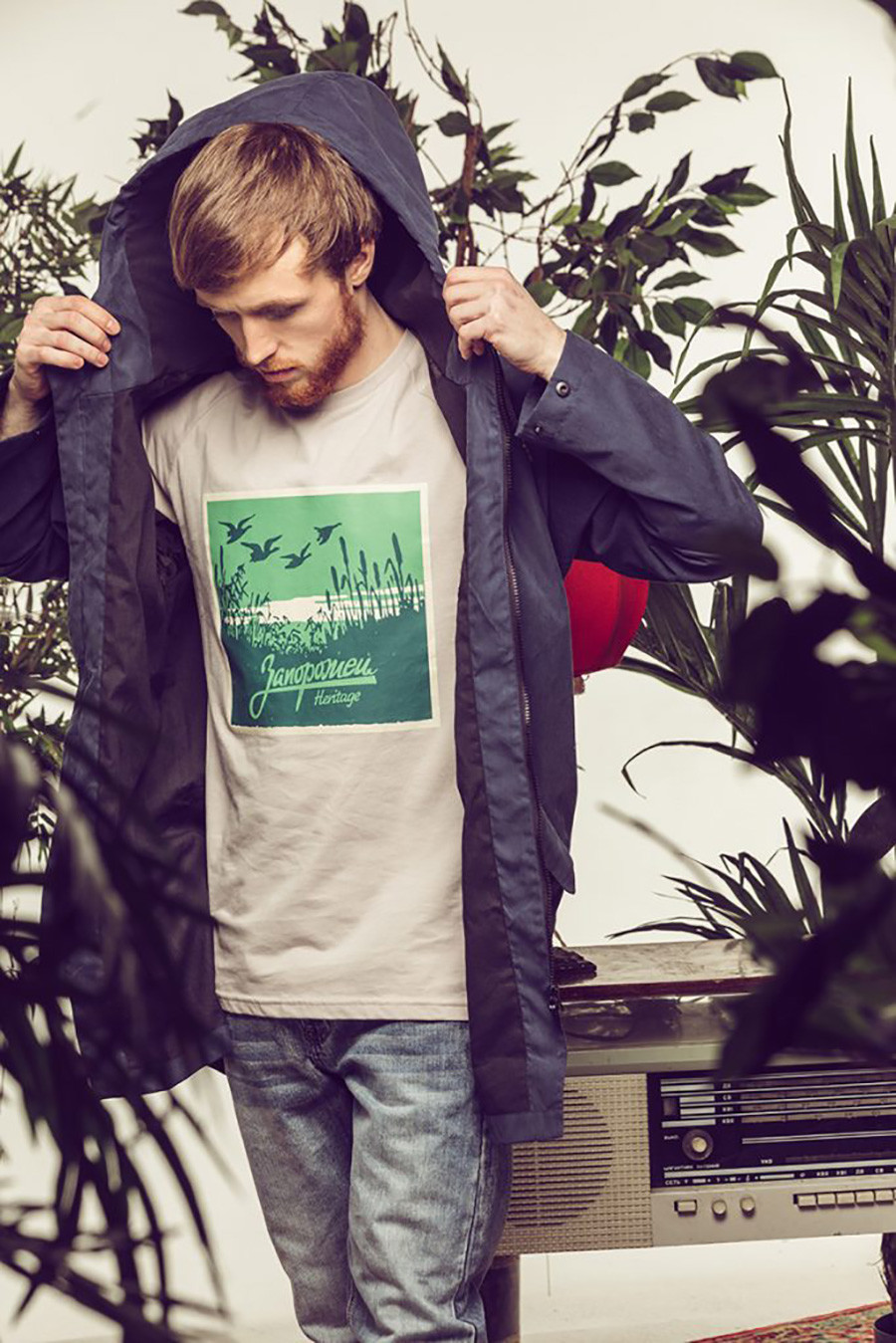 The brand does not use animal materials such as leather, fur, down or feathers. And prices are very affordable - starting from 1,890 rubles (approx. $25) for a T-shirt or 1,290 (approx. $17) for a typical Soviet forester Panama hat. 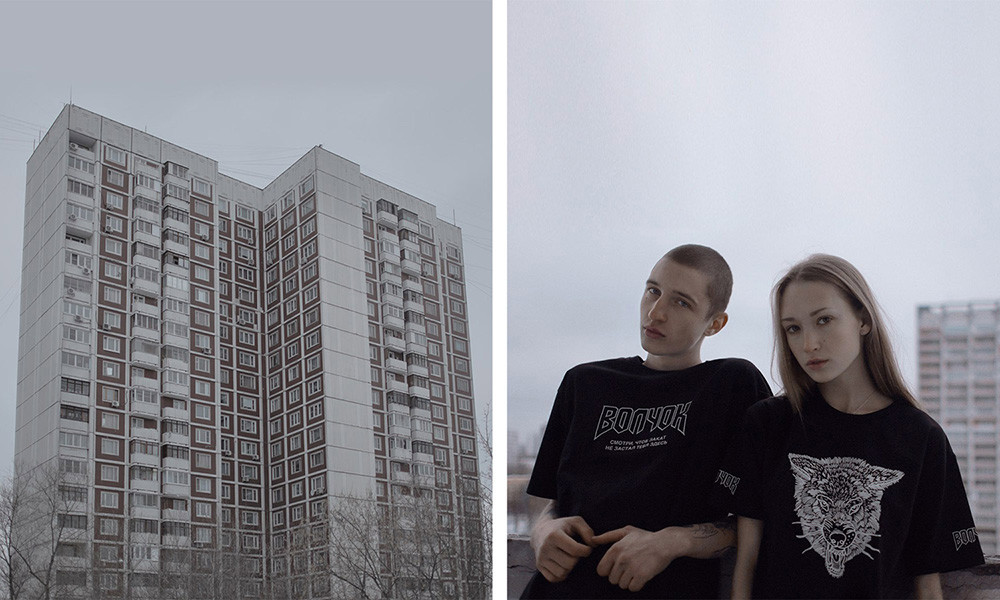 Vasily Volchok (his surname means “spinning top” in Russian) founded the brand in 2014. He was driven by the ambition “to add his contribution and vision to the segment, to create high-quality and interesting content, to tell the story of ‘Russian Gothic’”.

The brand’s first hits were T-shirts with the inscriptions “Faith”, “Youth” and “My Defense”. 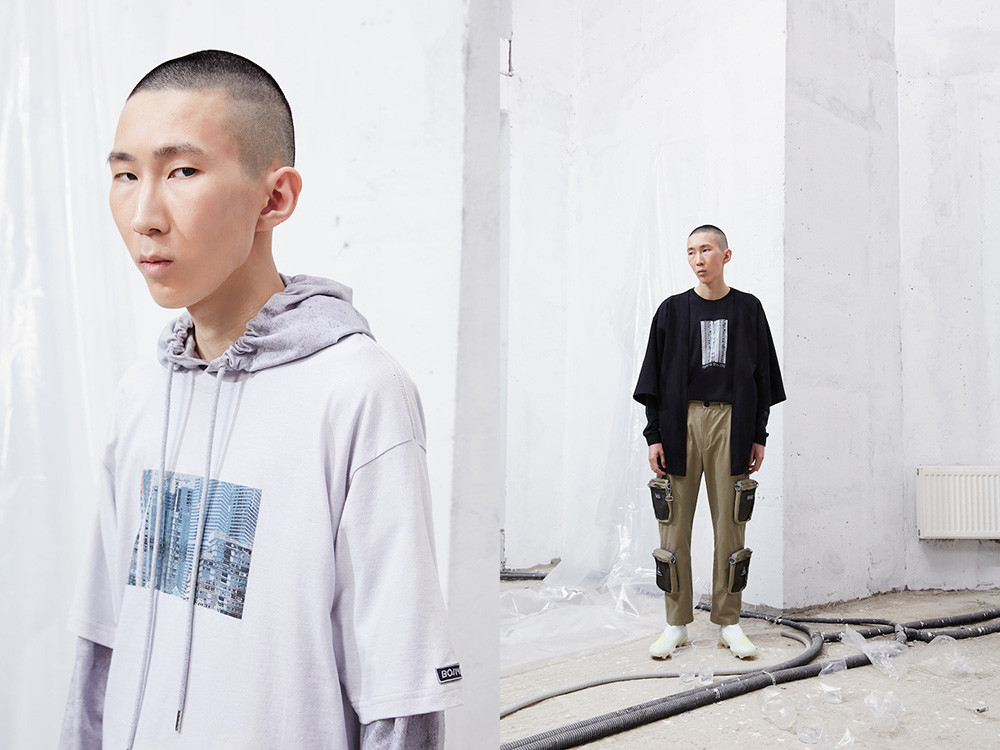 Since then, the brand has opened more than 50 stores in Russia and the CIS. Its website proclaims: “Volchok is the answer to the question that has become rhetorical in Russia - how can one live here?” The answer is obvious - in hoodies and T-shirts with apocalyptic symbols and melancholy inscriptions “Emptiness” and “Euthanasia”. 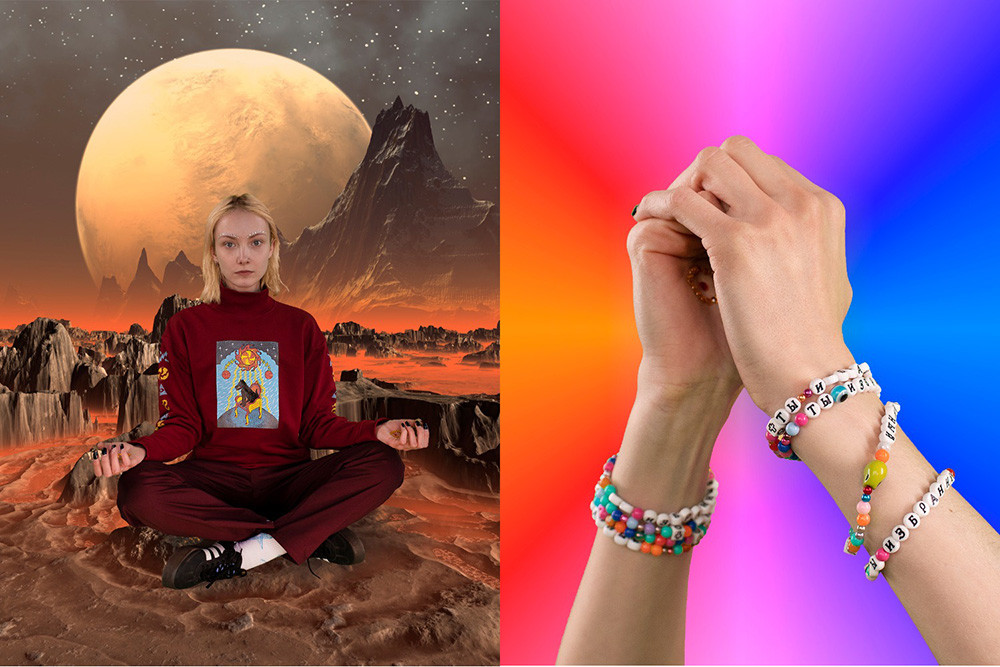 These Russian gothic clothes are sold at quite affordable prices, too: starting from just 400 rubles (approx. $5.45) for socks or a T-shirt to 5,000 (approx. $68) for a designer sweatshirt. 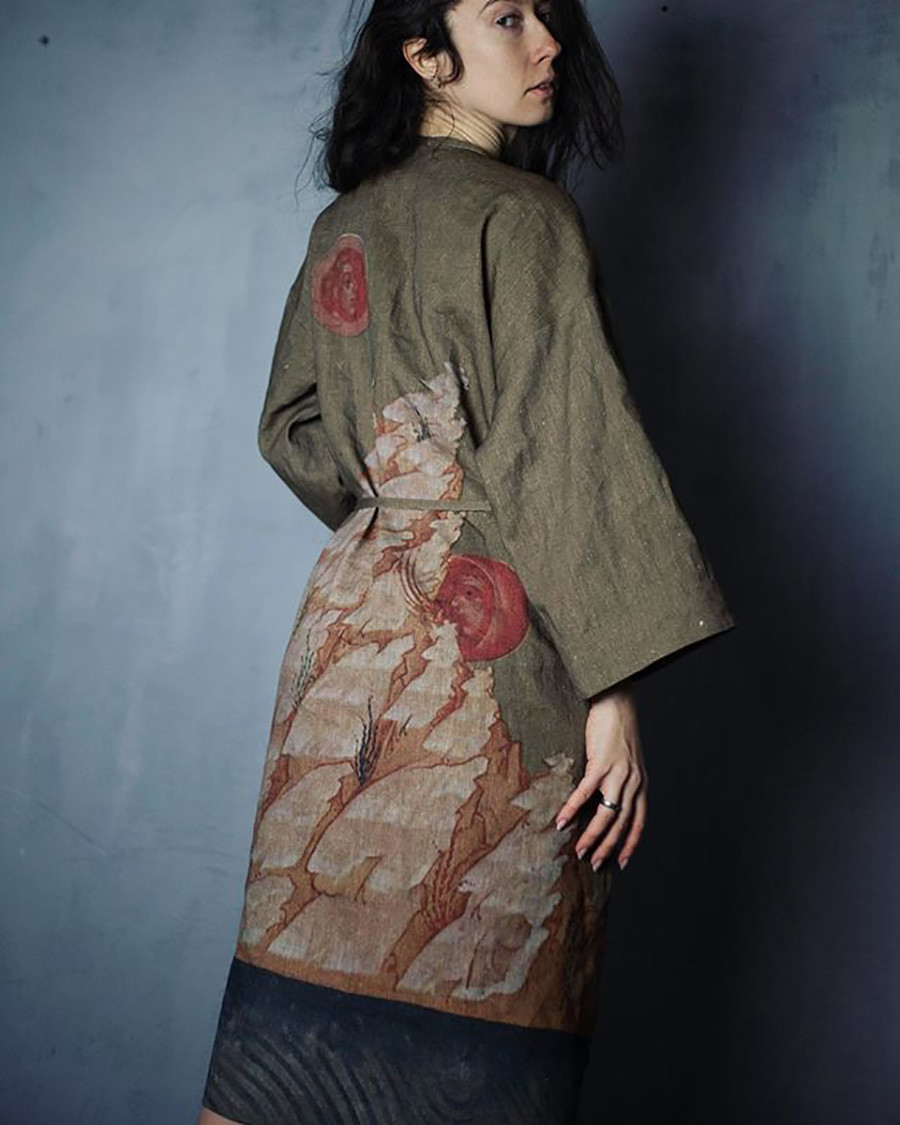 This project by Russian movie director Sophia Gorlenko was inspired by her documentaries about the Russian North. It is this spirit that is conveyed in her dresses, kimonos and men’s tunic shirts. 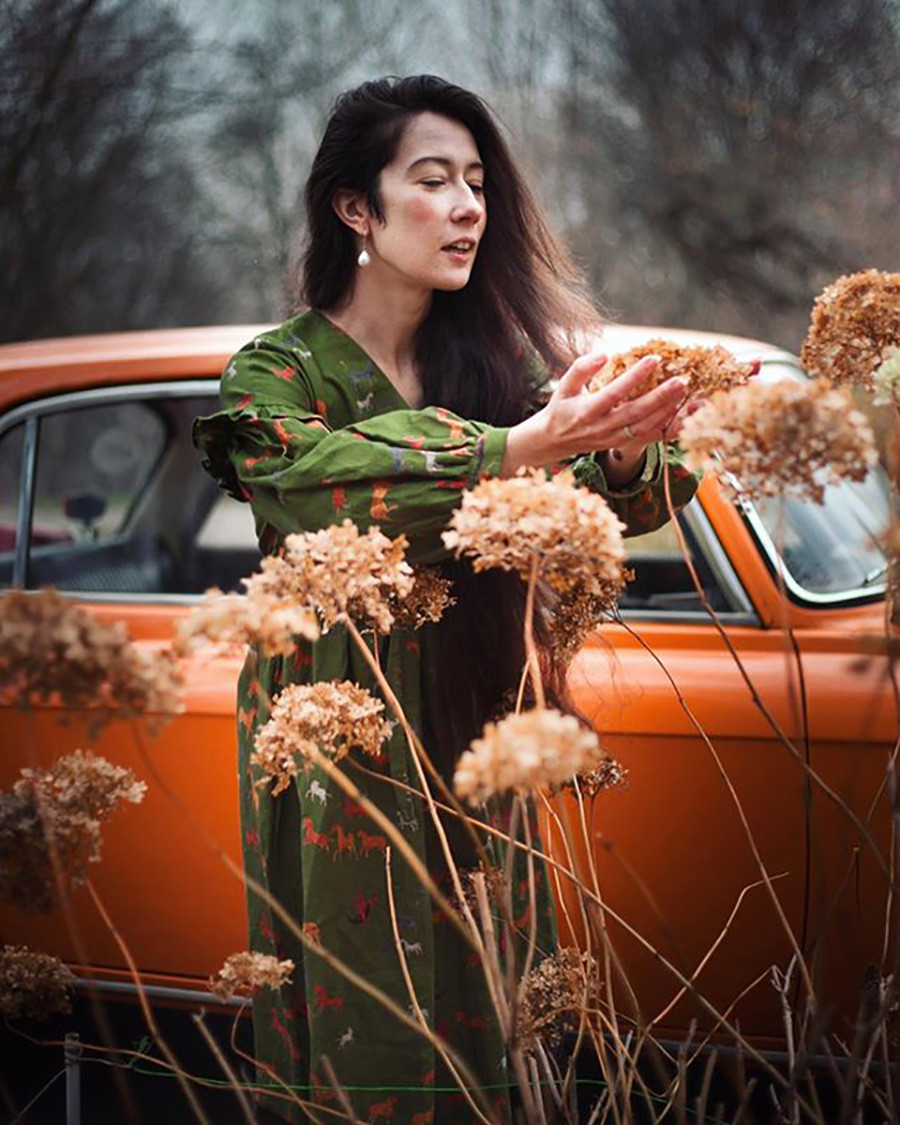 The designer bases her patterns on old Russian prints, miniatures and ornaments. She also draws inspiration from traditional Russian architecture and fairy tales – take for example this coat with a red sun, or this dress, whose print looks more like belonging to a Game of Thrones costume. Other items also feature magical creatures, whose origins are hard to define. 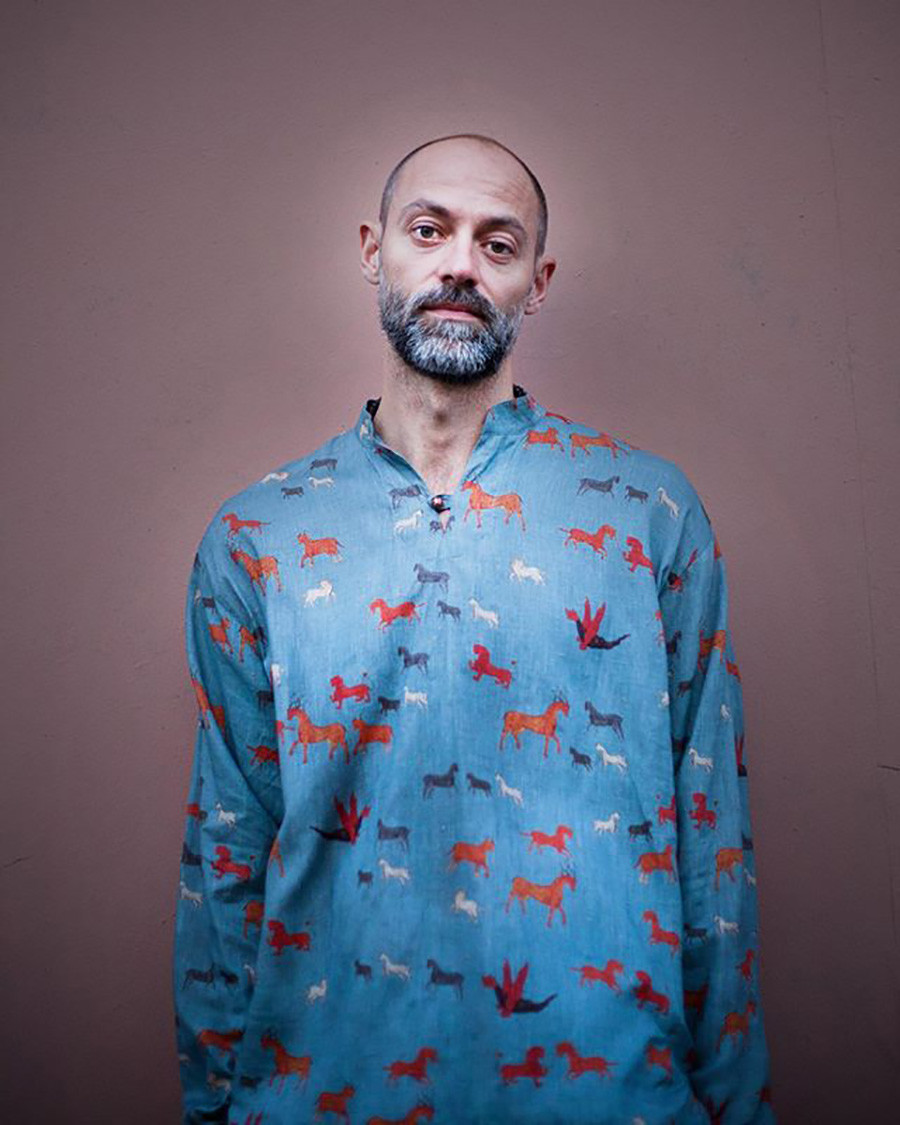 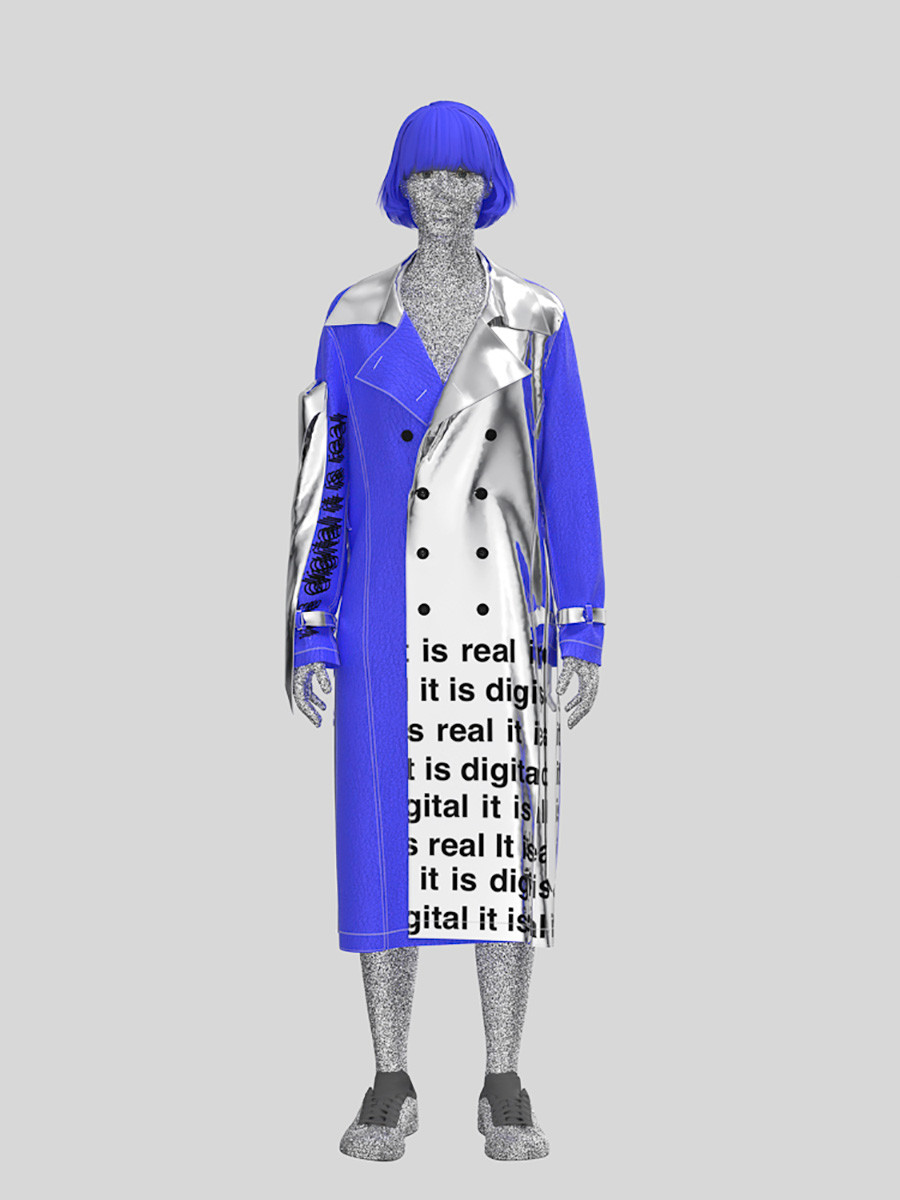 It offers ready-made digital looks that do not physically exist. To try something on, you simply need to upload a good-resolution photo of yourself in form-fitting clothes and the website will immediately display a picture of you wearing the look. After “trying it on”, you can pay online, and two days later, you will receive a photo of yourself in your new digital outfit. 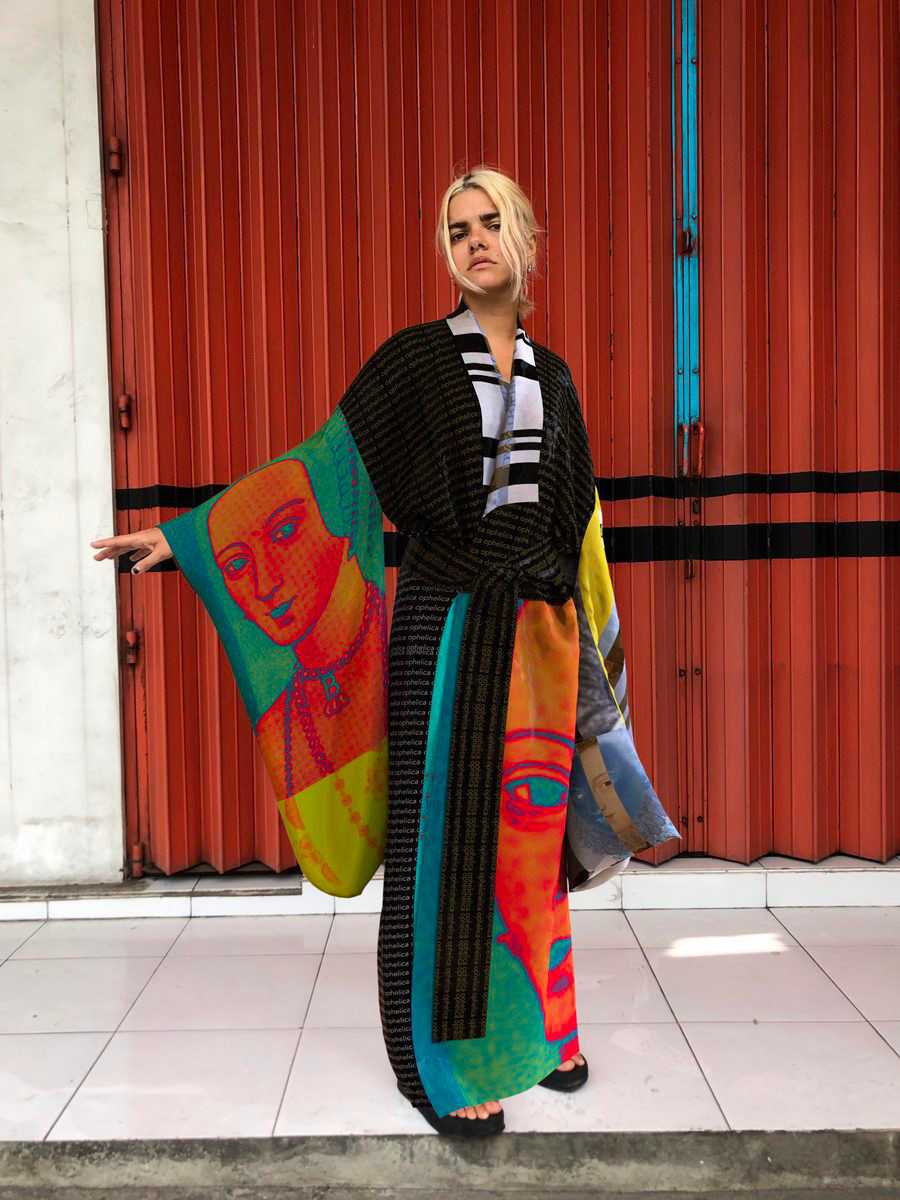 “If you want a cool new Instagram photo, you no longer need to buy physical clothes. This is what digital looks are for, they can be more exciting, vibrant and fantastical than any physical items,” the store’s website says. 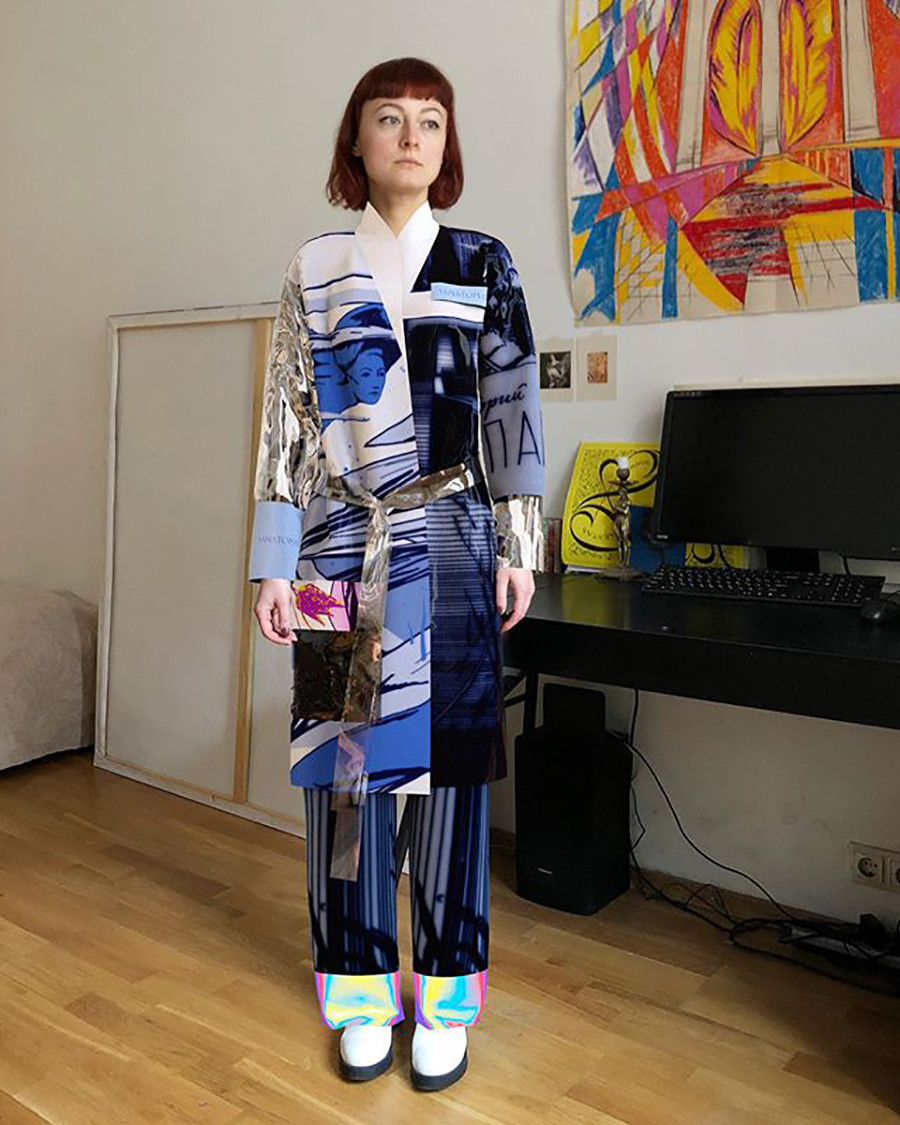