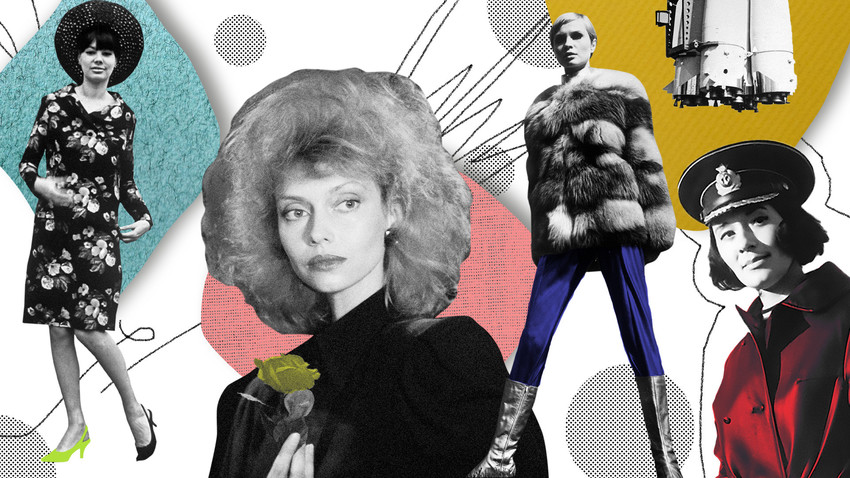 Getty Images; R. Yunisov, Boris Kaufman / Sputnik
Every woman in the USSR wanted to be like them. But not all of these women were willing to admit what they did for a living.

To travel beyond the Iron Curtain in Soviet times was next to impossible for mere mortals. Exceptions included artists of the Bolshoi Theatre, athletes, a number of writers and, of course, Communist Party bigshots. During Khrushchev’s period of the “thaw”, the list was expanded to include fashion models. They traveled with light industry trade delegations.

There was no real fashion industry in the Soviet Union. Clothes designed by the Moscow House of Fashion never went on sale - instead ending up on display at international shows and in the wardrobes of the wives and daughters of the party elite.

However, while Soviet fashion items didn’t exactly make a splash with European shoppers, Soviet women sure did. Only the most good-looking were ‘exported’ abroad, forever leaving a mark on the hearts of foreign photographers and designers. We look at the most memorable faces here. 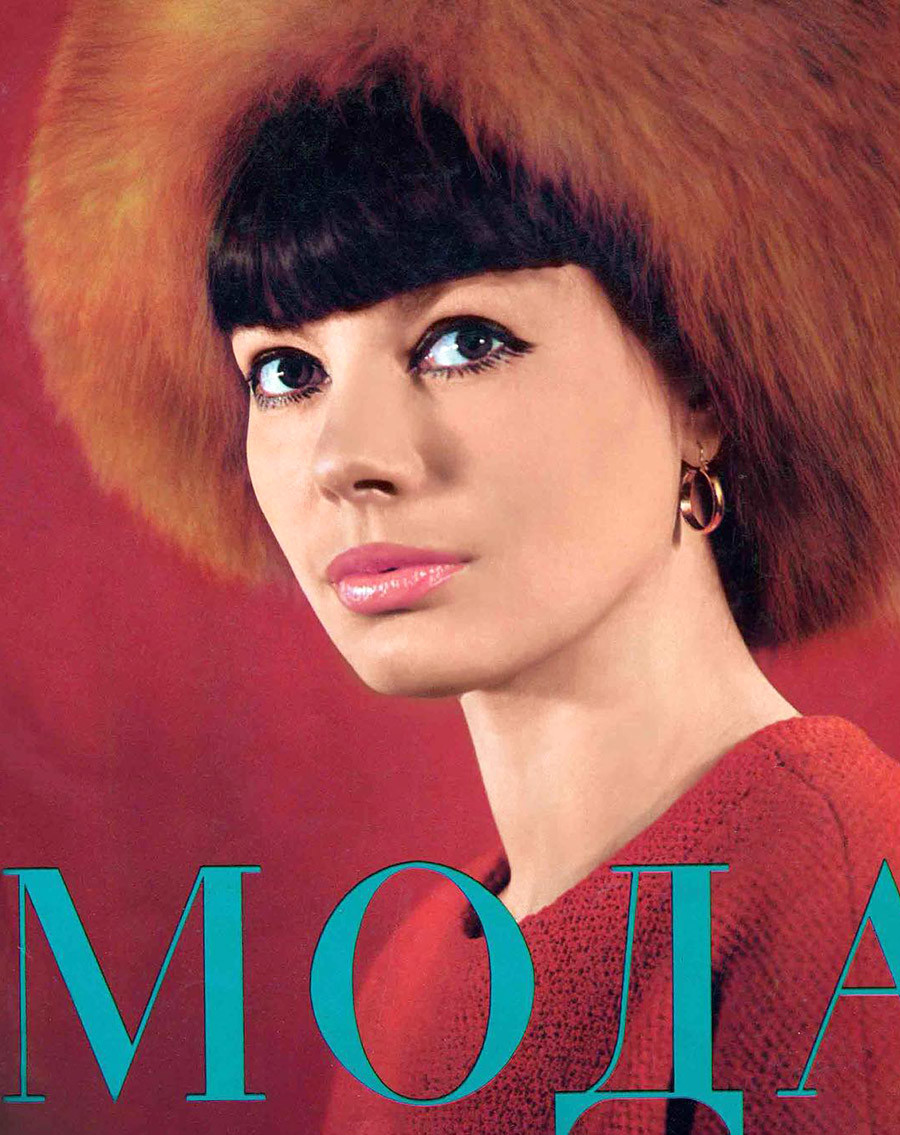 “Kremlin’s most beautiful weapon” and “Soviet Sophie Loren” were some of the names applied to Zbarskaya in the West in the 1960s. One of the most famous Soviet models started out as a janitor at the only House of Fashion in Moscow, where she was spotted. She was catapulted to stardom when, as part of a 1961 Soviet delegation, she traveled to Paris to attend a trade show. 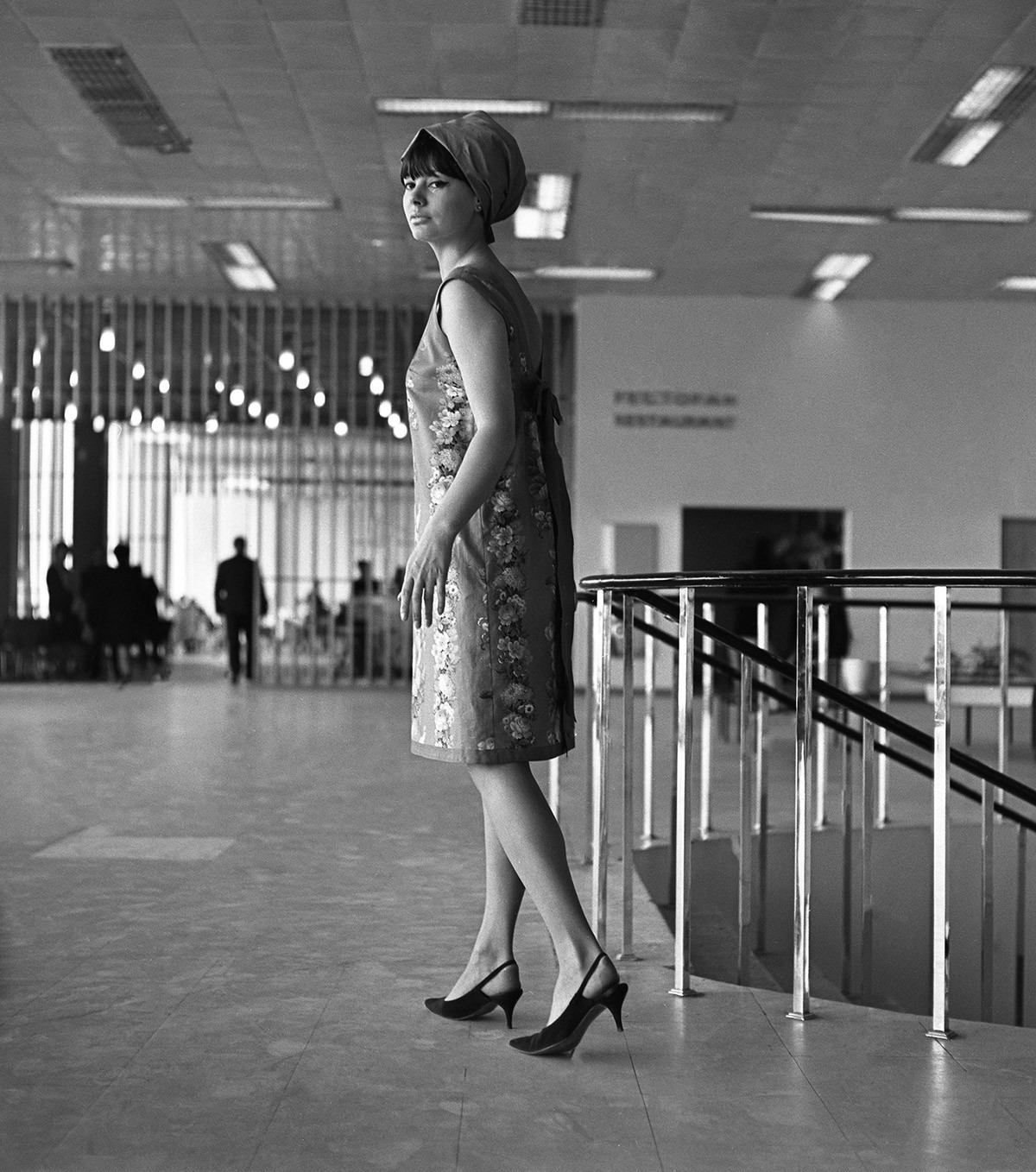 Privileges back home, likewise, increased. Zbarskaya was the only model to be given permission to skirt official restrictions and wander off on her own while on trips abroad. Her things also never passed through customs at the airport. There were rumors that Zbarskaya was, in fact, a Soviet spy. 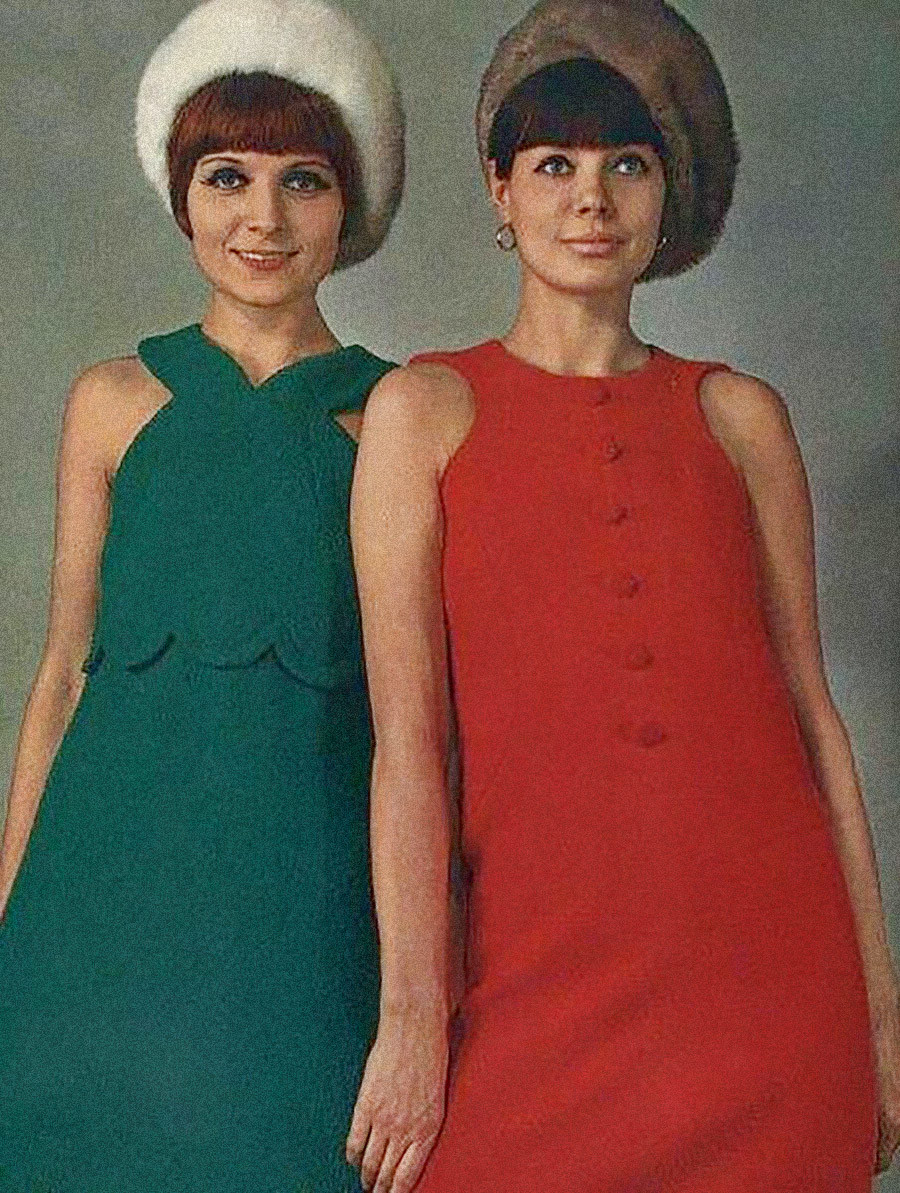 As was later discovered, in her private life, the frequent bohemian party-goer, who enjoyed the company of diplomats, was actually a raging “antisovietchik”. This can be gleaned from her husband Lev Zbarsky’s book, which he penned after their divorce. In it, he reveals the intimate details of their life, and even throws in some nude shots of his former wife.

The episode resulted in a massive political scandal, affecting the mental health of the model. At 52, Zbarskaya committed suicide while interned at a mental health facility. 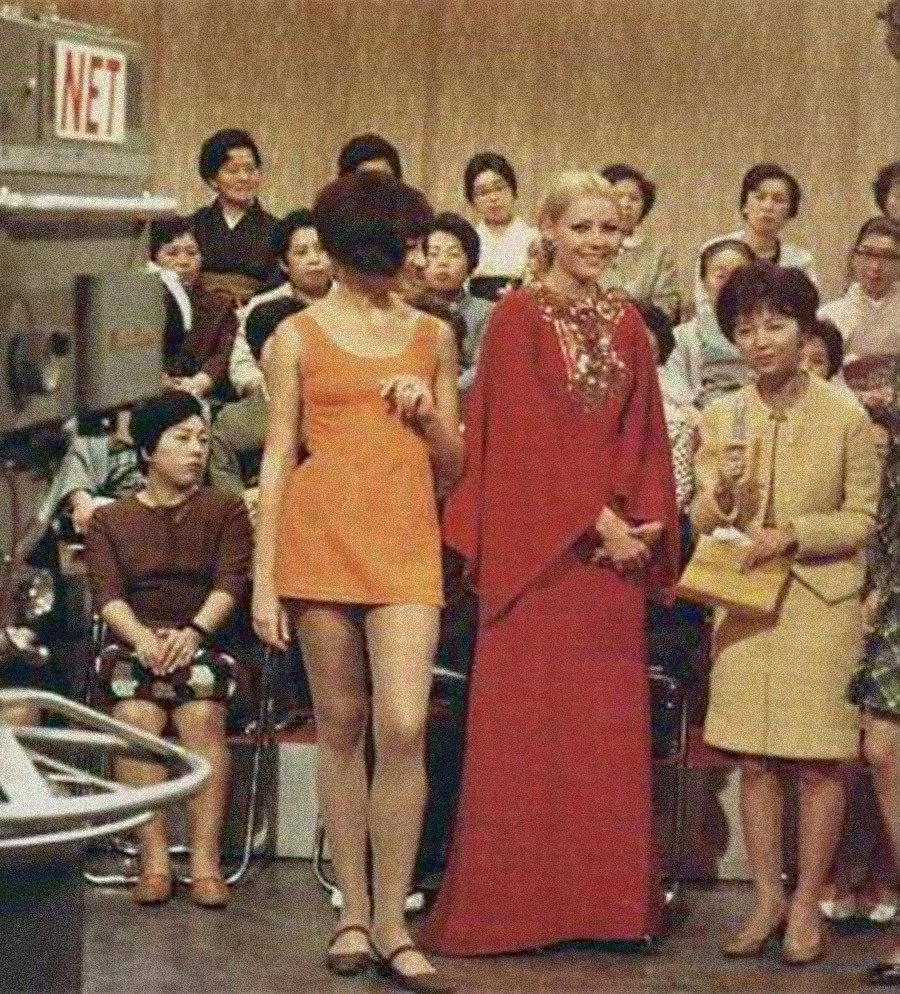 Here is someone who was the complete opposite of Zbarskaya. And the height of their rivalry came in 1967 at a fashion show in Montreal. The centerpiece of the show was designer Tatyana Osmerkina’s red dress, later given the name ‘Russia’ and included in fashion textbooks. The dress had initially been made for Zbarskaya, but it turned out that the blonde Romanovskaya “wore it better”. She showed up in it later on the cover of the American magazine ‘Look’ - something that was unfathomable for a Soviet export in those days.

Interestingly, Romanovskaya never planned on a life of modeling. Her sole interest had been education, and her appearance on the catwalk had come about by accident - she was picked to replace a friend, who had fallen ill. However, she perked the designers’ attention, and was immediately offered a contract, to which she said “yes”. 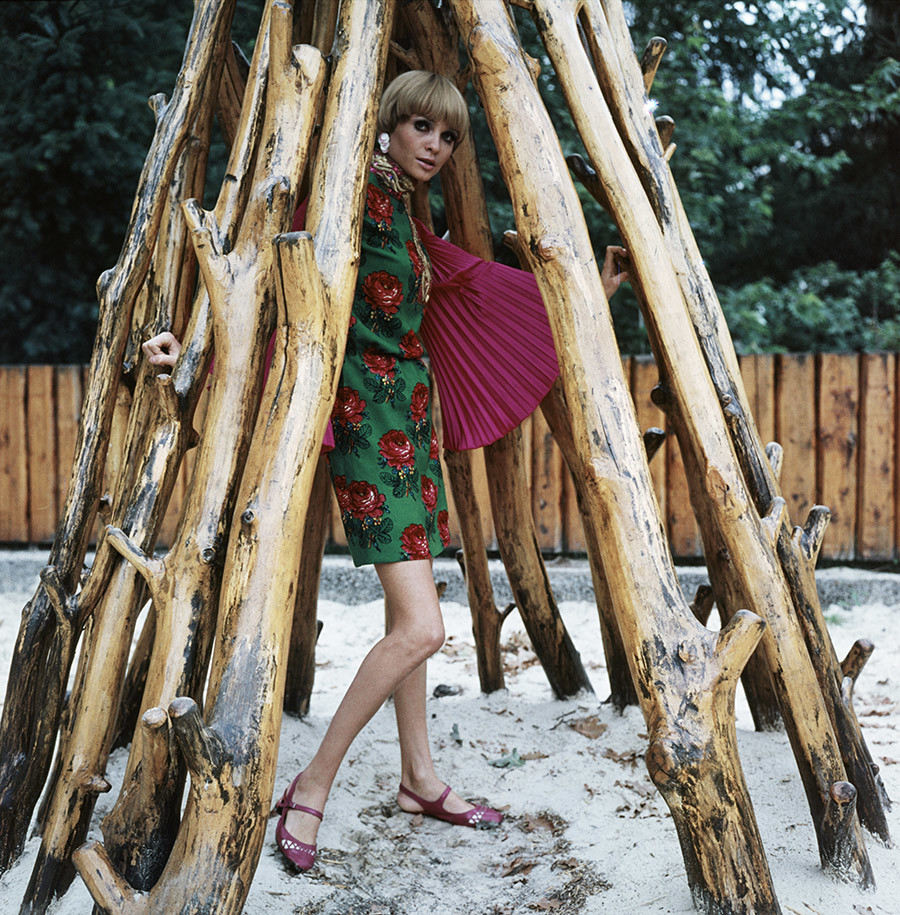 Milovskaya was very sought-after in the West. She became the first model to land a foreign magazine cover, resembling the iconic English model Twiggy in her dazzling looks. The USSR, however, didn’t share the enthusiasm. Scandal followed Milovskaya everywhere. Among other troubles, she was expelled from university for doing a little swimsuit presentation, having found it inappropriate.

For two years, Vogue magazine had tried to secure a photo shoot with Milovskaya, and the session finally took place - smack in the middle of the Red Square and in the Armory Chamber, holding the tsar’s scepter. Another photo had Milovskaya sitting right down on the pavement in front of Lenin’s Mausoleum - in pants, with legs casually spread. No wonder the Party was furious.

As a result, Milovskaya was asked to leave the country in 1974, and never come back. She took immigration quite hard, although her career continued in Rome, where she married a banker after only knowing each other for 15 minutes.

Solovyeva had had a career as an English teacher in mind, but was refused: “They denied me for one reason: my looks. I had long hair, wore short skirts, and my would-be bosses deemed that one of their own could not keep such an appearance,” Solovyeva remembers.

So she made the decision to start modeling, and, unsurprisingly, her exotic looks were a hit with designers. You couldn’t really call a modeling career “prestigious” yet in the 1970s, however. When the young woman married famous director Nikita Mikhalkov, he would introduce her only as a teacher, in apparent embarrassment at openly discussing her real profession. She continued to work in the business for some time after the two got married, but Mikhalkov soon had enough, ending Solovyeva’s modeling career by giving her an ultimatum. 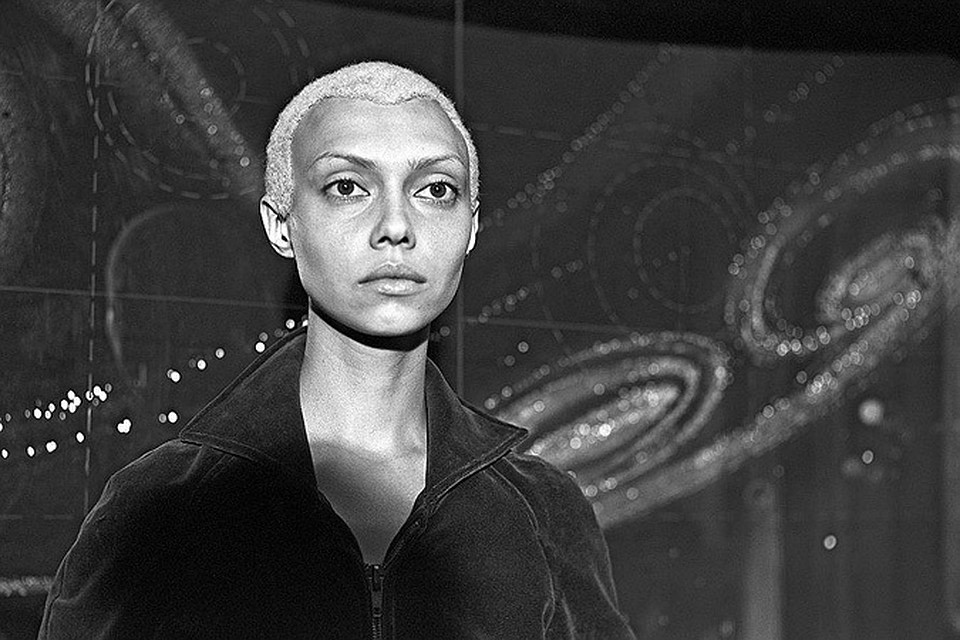 Metelkina became a star of Soviet fashion and cinema in the 1970s. After graduating from school, she worked as a model at GUM - Moscow’s historic Red Square mall. One of her shots ended up in the hands of movie producers, and she was invited to star in ‘Through the Thorns to the Stars’ - a movie that enjoyed triumphant success when it came out, having been seen by 20 million people. Metelkina played Nia - an alien from another planet. 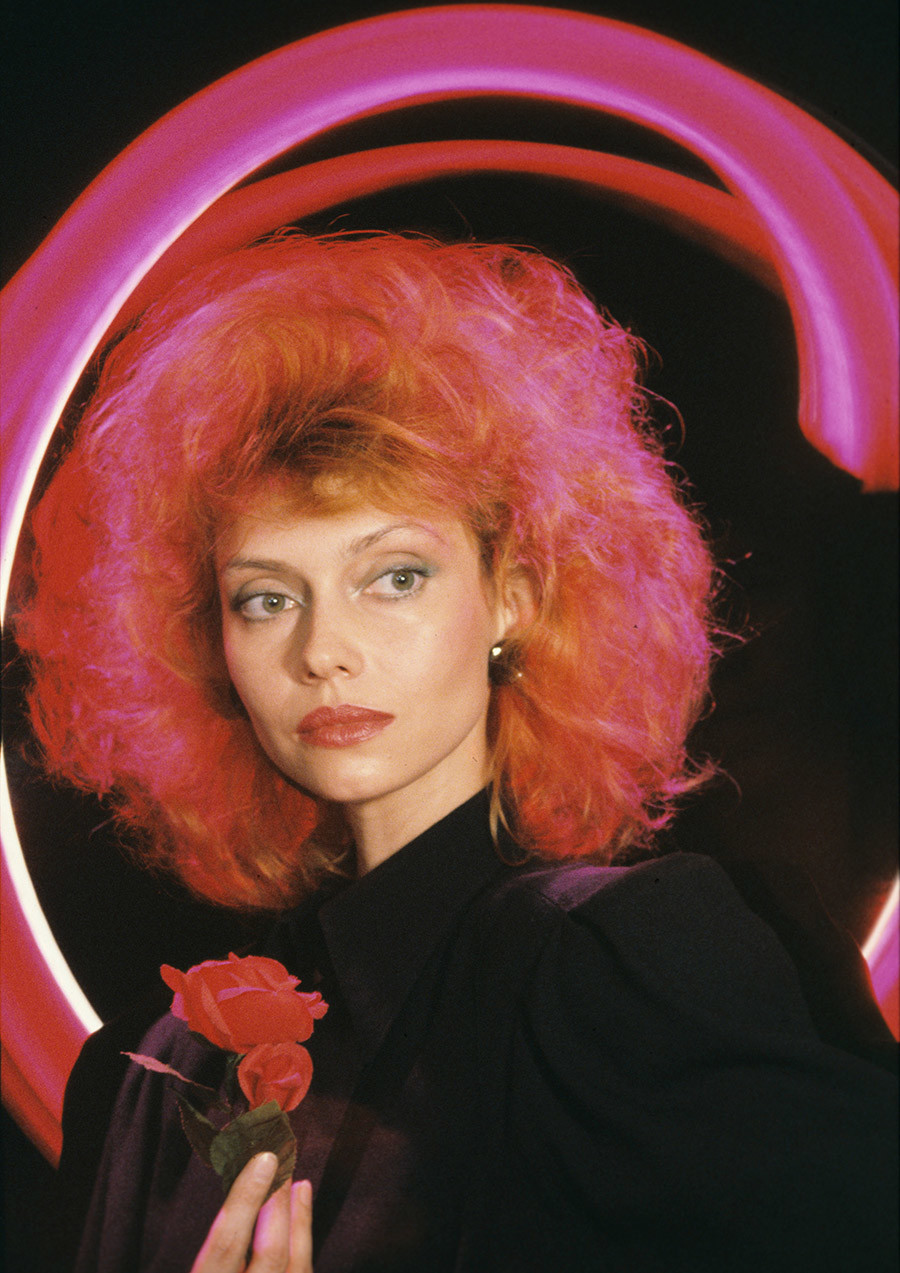 Despite the massive success, she still returned to GUM later, and ended up working there another 20 years. When the 1990s rolled around, Metelkina was working as a secretary for Ivan Kivelidi, an entrepreneur. However, this was not to last: she narrowly survived a murder attempt on Kivelidi’s life. Someone had poisoned his telephone receiver. That episode made Metelkina quit and take up religion. 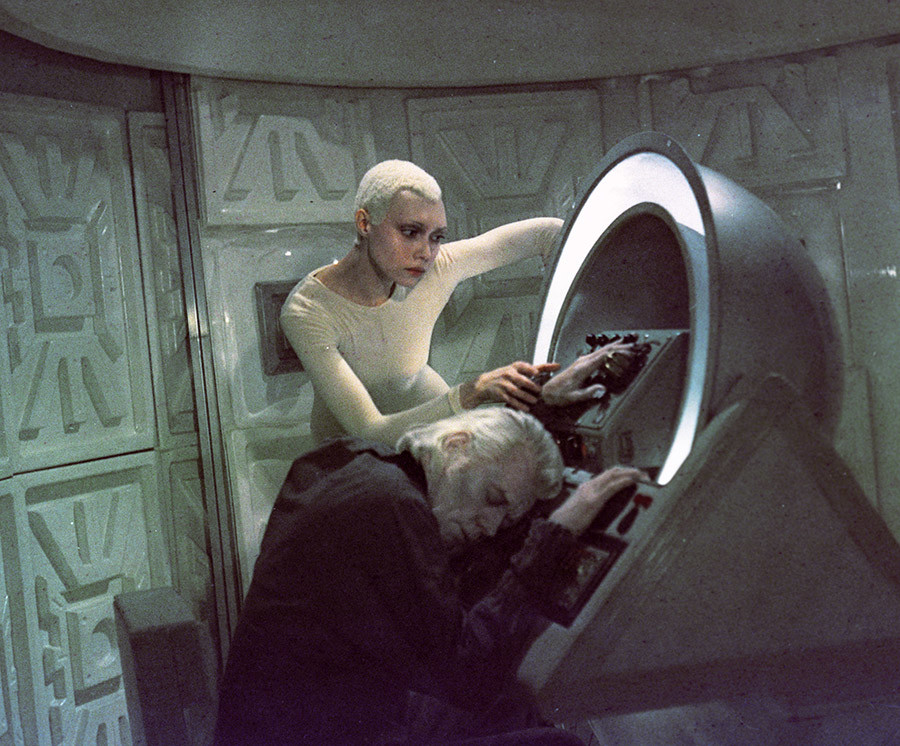 Like most models at the time, Mironova ended up in the industry by accident. She was with her friend to act as moral support at a show when she was noticed. Soon, she was designer Vyatcheslav Zaytzev’s muse. However, unlike her colleagues, Mironova was not allowed to leave the country - believe it or not - due to the fact that she had noble beginnings. That didn’t stop the West from singing her praise and even comparing her to iconic Audrey Hepburn. 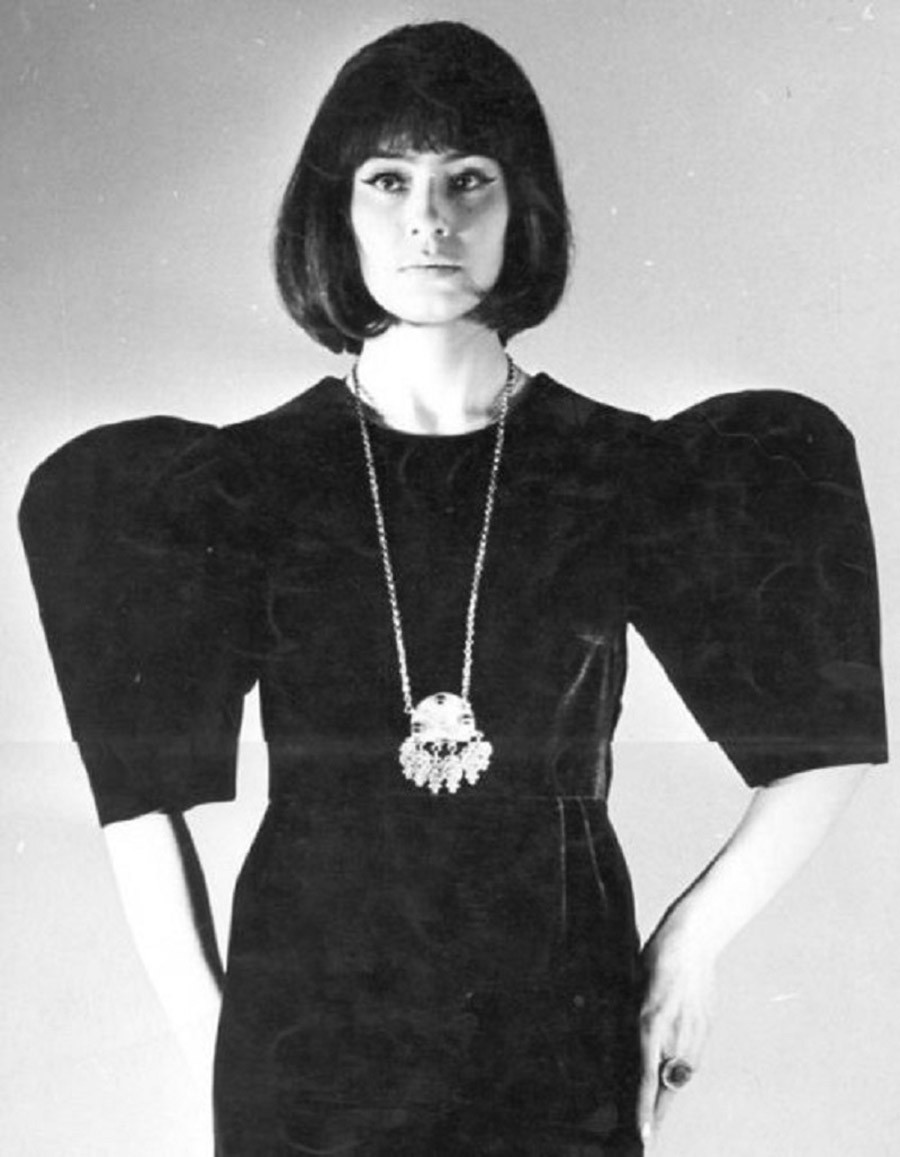 Mironova was first among fashion models to publicly speak out against sexual harassment from Communist Party bigshots, herself having been a victim. Luckily, Mironova managed to put up resistance in the incident, but nothing good came of it: all possible career avenues became closed to her in the 1960s. 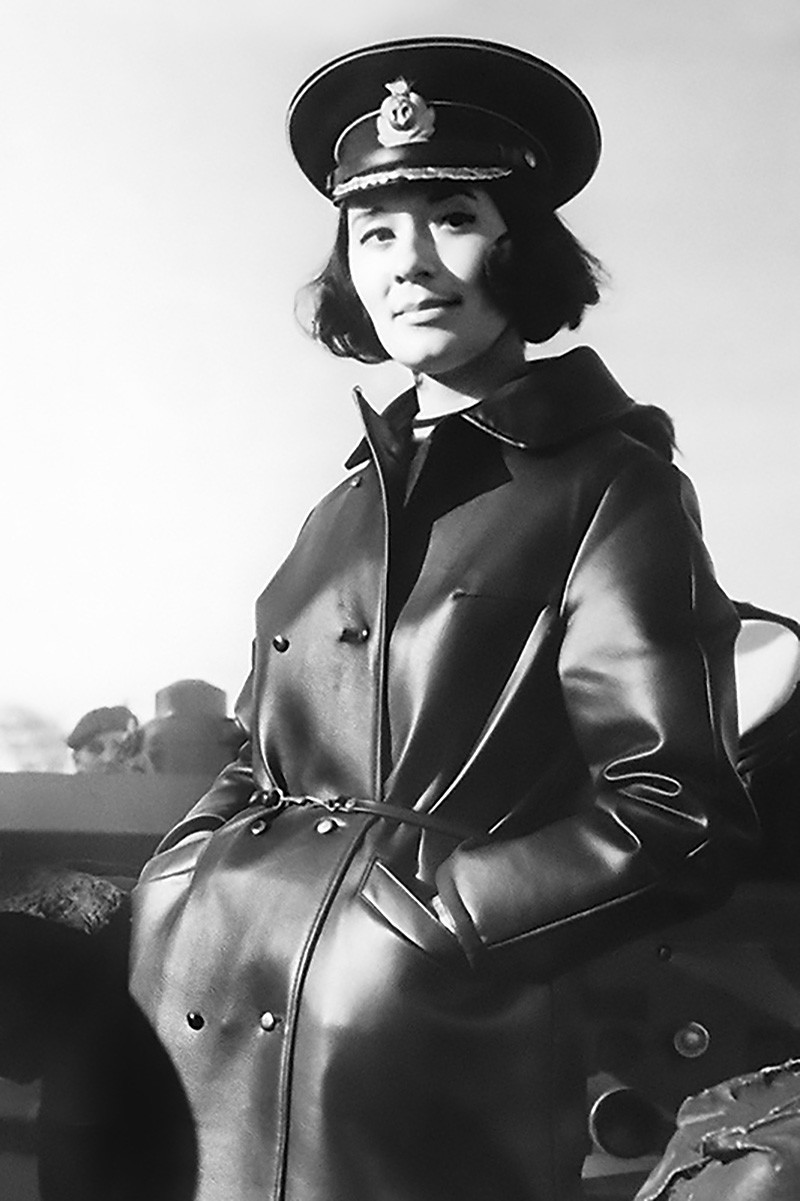 She never revealed the names of the men responsible, fearing for her family’s safety. 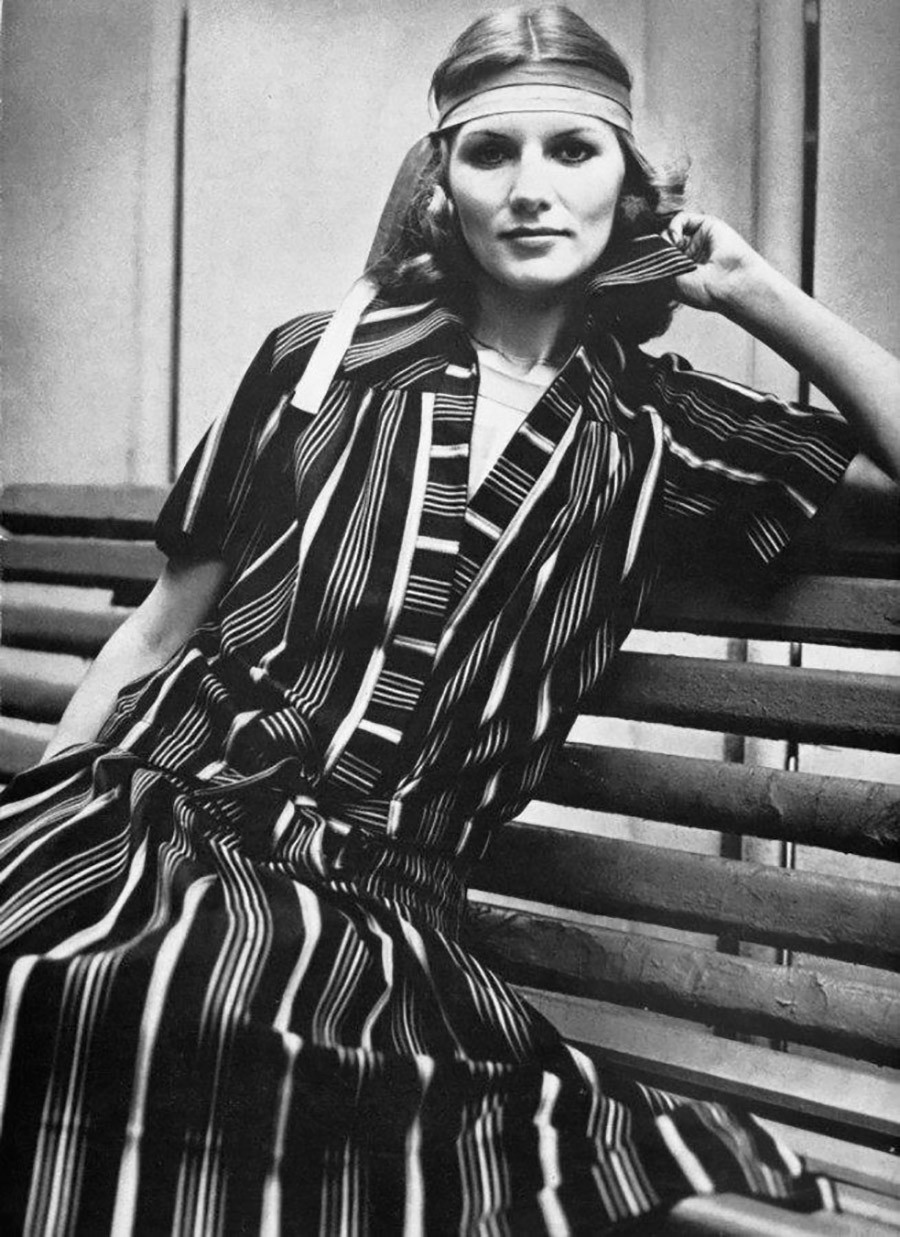 Chapygina shone on the catwalks in the 1970s. She, likewise, came to the House of Fashion at Zaytsev’s behest, and not in the youngest of years - she was already 23, having just decided that a doctor’s career was not for her. While at the House, she would train 12 hours each day. The hard work bore fruit two years later, and trips abroad followed soon, including to the U.S., Mexico and Japan. 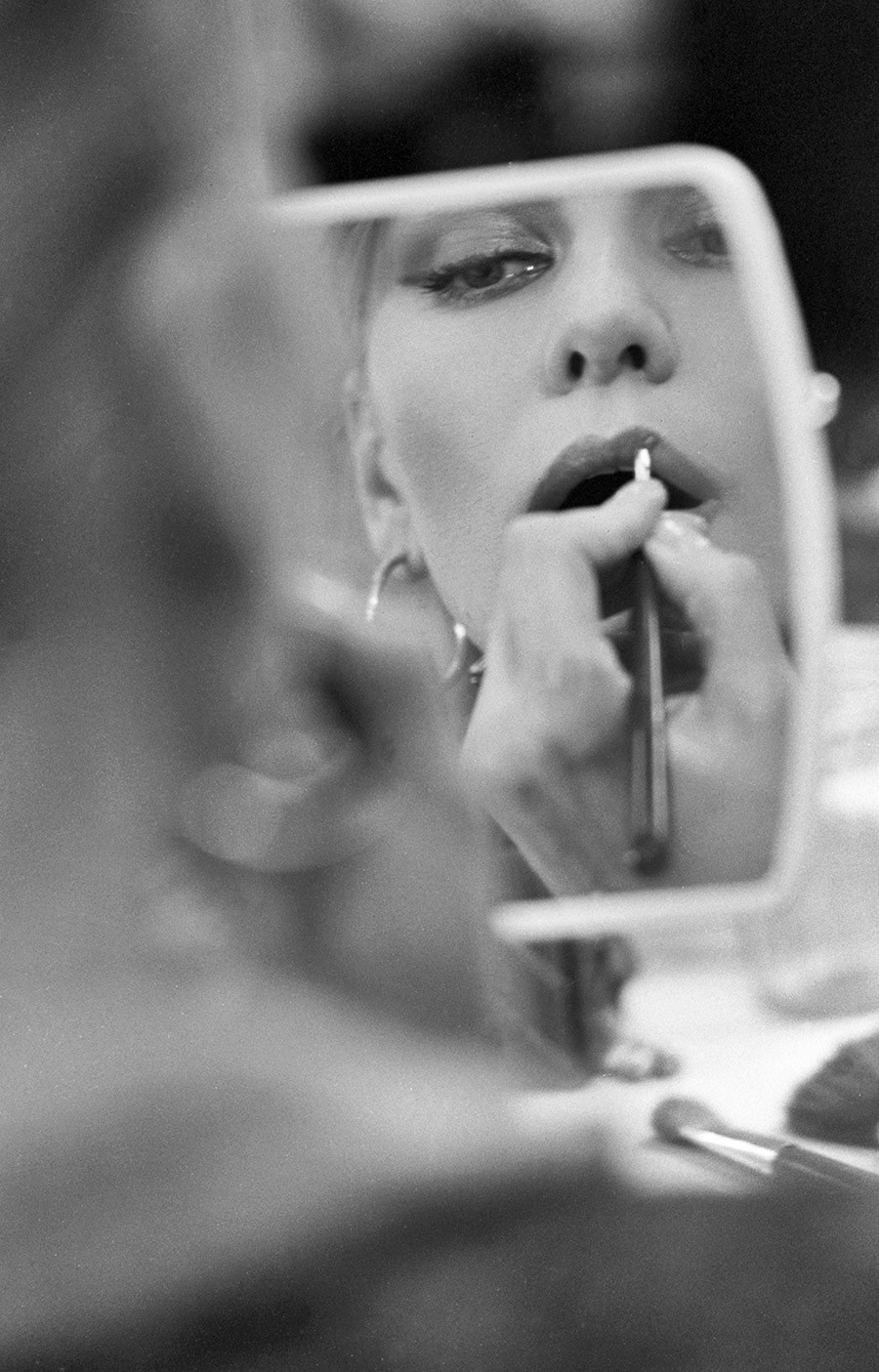 Chapygina was a household name in those days, having also been a model in sewing magazines enjoyed by Soviet housewives. She was 37 when she married and officially ended her career, entirely of her own volition. Interestingly, she still does the occasional photo shoot and retro fashion show.