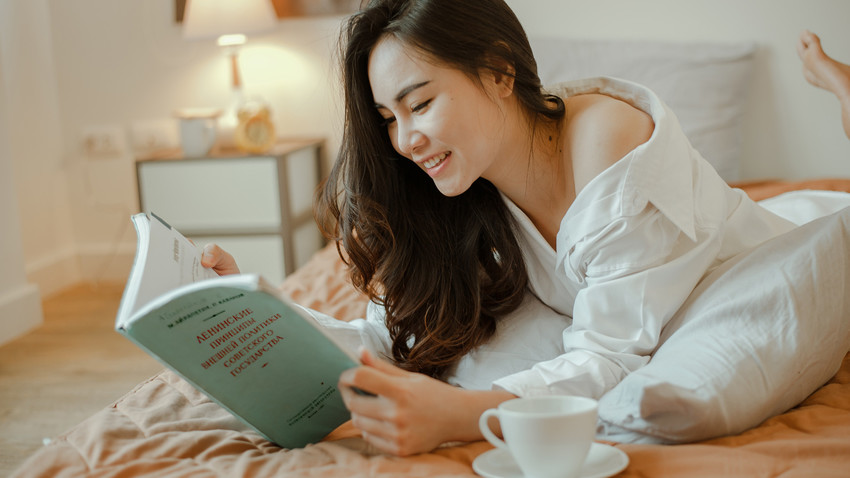 Getty Images, Russia Beyond
A Twitter user has been collecting these pictures on the Chinese social network Weibo for several years. And it would appear the models in them do not have a clue about the contents of the books they are holding.

“This photo collection is not something I picked up readymade from another website. I collected all the photos myself from the Chinese social network Weibo. I did not look for anything on purpose: just came across the pictures among numerous photo sets posted there. I have been collecting these photos for several years now; one of the pictures in the thread is dated from 2018 on my computer,” says the author of the thread.

The models, apparently, do not speak Russian and have their photo taken in romantic settings. For example, this model is holding a book titled ‘Use of Mineral Fertilizers in Foreign Countries’.

This model has developed an interest in ‘Contour Integral Method’.

This girl is sitting next to a book on metallurgy.

These two girlfriends must be discussing ‘Physics of Nuclear Fusion’

A ‘Russian-English Dictionary’ is on hand.

Another Twitter user has come across a photo of a young woman engrossed in a textbook on ‘Maintenance of Earth Movers’.

The creator of the collection points out that, in fact, Asians rarely use Russian books as props, preferring English-language literature instead. That said, sometimes Russian literature finds its way even into Asian music videos. For example, this music video by the South Korean band GFriend features a book by the Russian poet Innokenty Annensky.