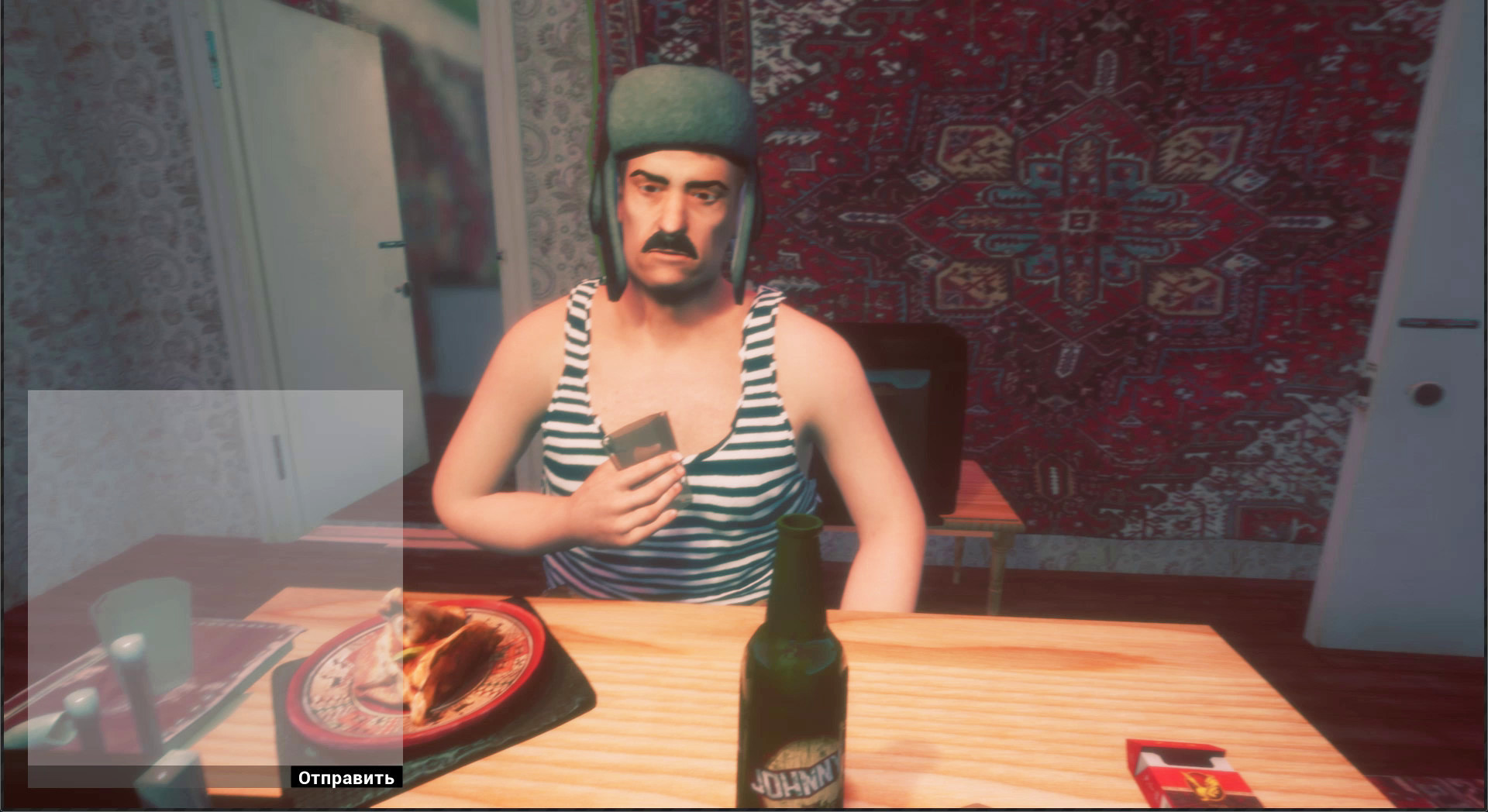 Vodka Productions & Consumptions
The game promises to be so immersive and atmospheric that you might be tempted to adorn your walls with an Oriental carpet, put on a Russian hat and stroll down memory lane to the not so distant Soviet past.

Imagine: you are sitting in a flat in an old Soviet prefabricated apartment block, wearing socks with holes, a dirty vest and an ushanka hat. You look around: the walls are covered in floral wallpaper, as well as with a shabby Oriental carpet and the Soviet flag hangs on one of them. In the corner an artificial Christmas tree is decorated with dim Christmas lights, and in the center of the room is a table with a tea kettle, two plates of sausages with ketchup and several bottles of wine.

You are trying to raise another toast for the New Year, but the problem is that one of your fellow drinkers is already fast asleep under the table, while another is sick behind your sofa. 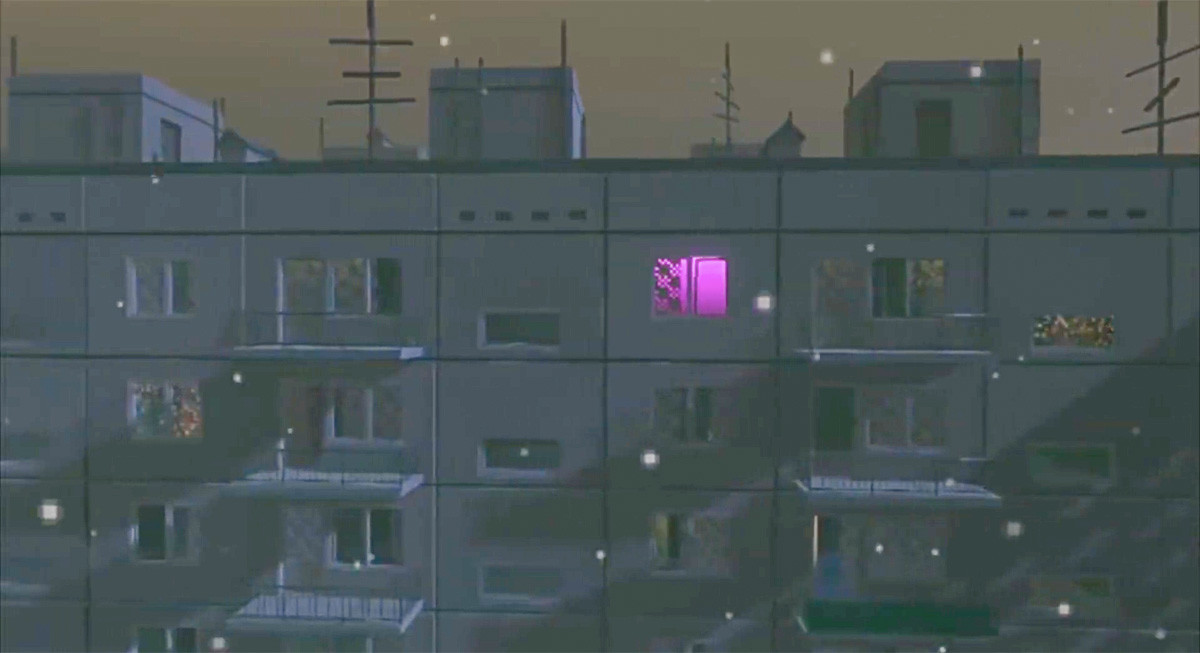 This is footage from a new video game, called Online Boozing Simulator, which was created by Russian developers at Vodka Productions & Consumptions. The project's page appeared on Steam at the end of July 2020, while the game itself will be released in October.

The simulator invites gamers to have a drink with their 'virtual buddies' in a Soviet-era apartment. The same virtual space can have up to eight players – they can be your friends or random people looking for somebody to share a drink with. The game has both a voice and text chat. If you run out of topics for conversation the developers suggest using a collection of jokes and toasts that are provided, or watching TV together while drunk.

In addition, the game can suggest reasons for drunken celebration – for example, in one screenshot from the game two men are celebrating International Cheeseball Day. Finally, if players start to get bored they can always invite a bear to join them – a sure way to liven up any party. 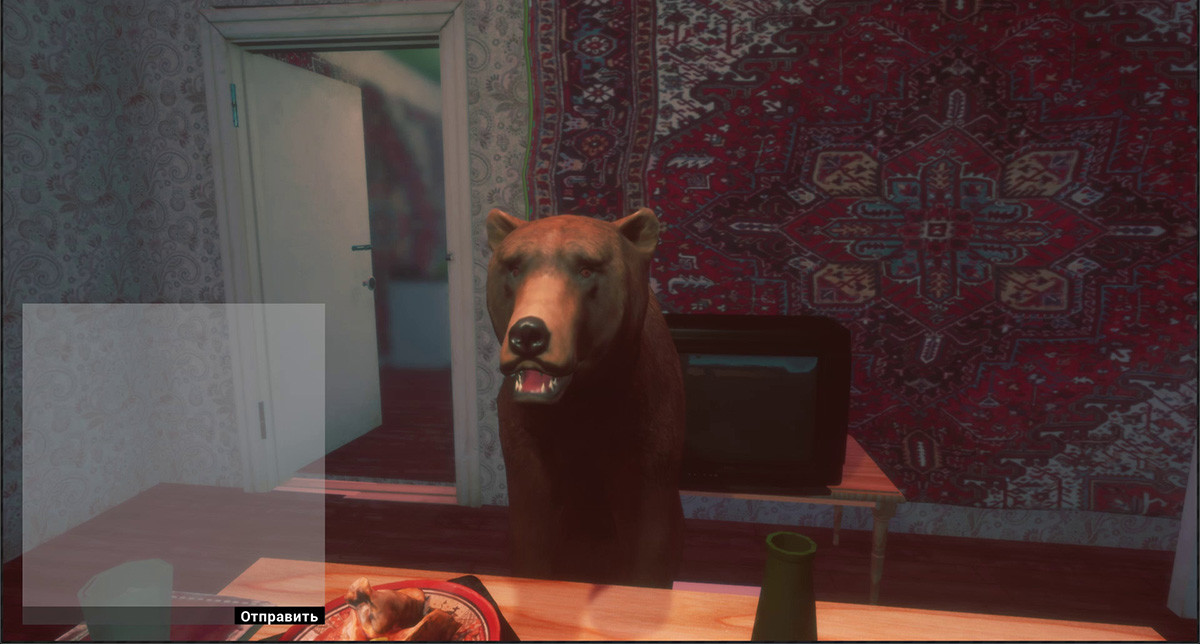 A celebration does not have to be limited to one apartment – on the stoop you will be greeted by young people break-dancing, and in the street you can participate in a bear race in snow-covered alleys, as well as get into a brawl with gopniks outside a bar. At least, this is what the developers promise.

The marketing blurb for the game proclaims: "Online Boozing Simulator is your ideal solution for drinking alcohol in the company of true gentlemen. Look for these equally sophisticated gentlemen to discuss geopolitics over a bottle of vodka."