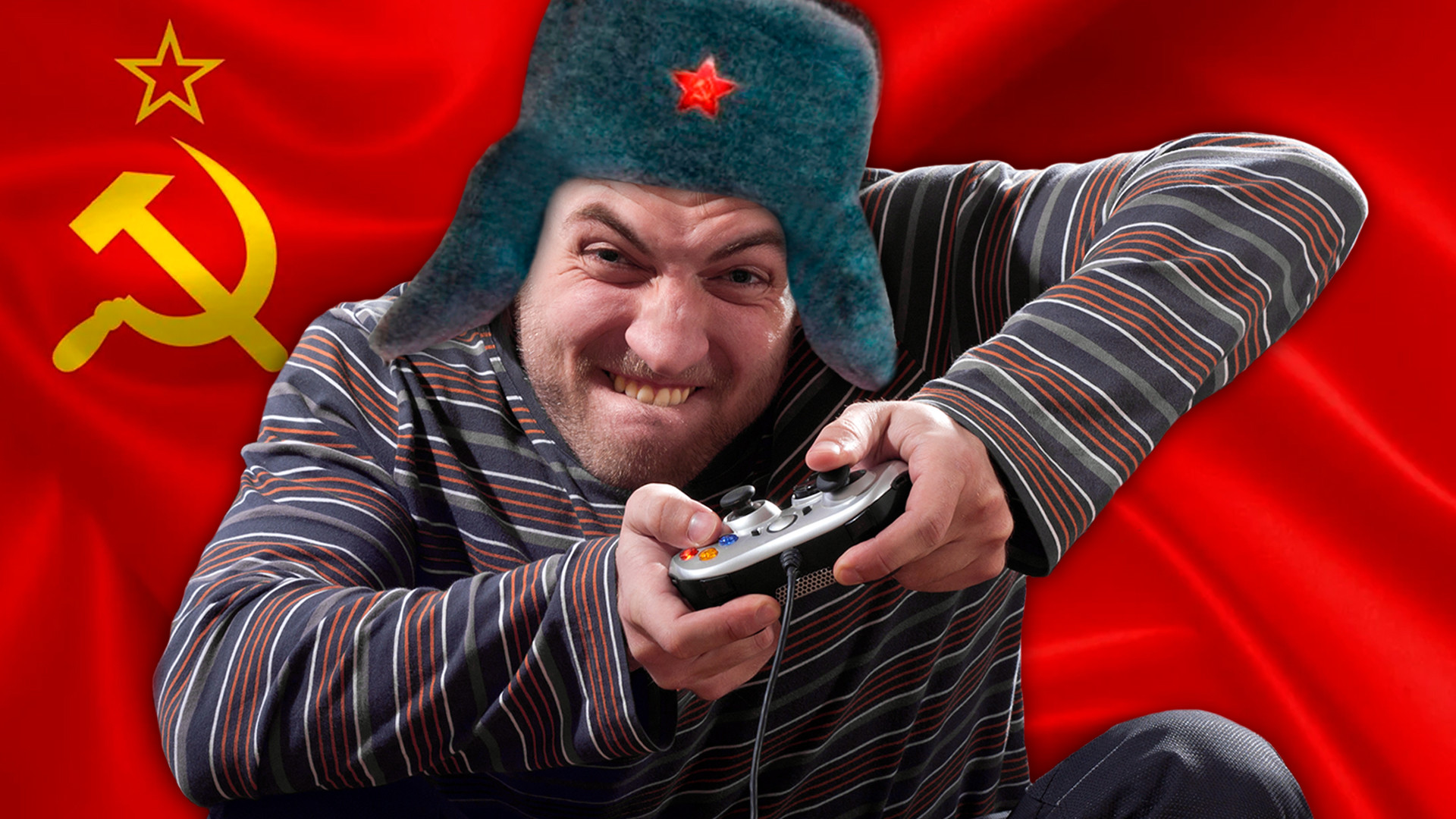 Legion Media
From a survival simulator in the Siberian forest in 1917 to an online shooter in a futuristic Russian metropolis, from building a Soviet republic to an RPG about Baba-Yaga, the best new games with a Russian setting will have you hooked. 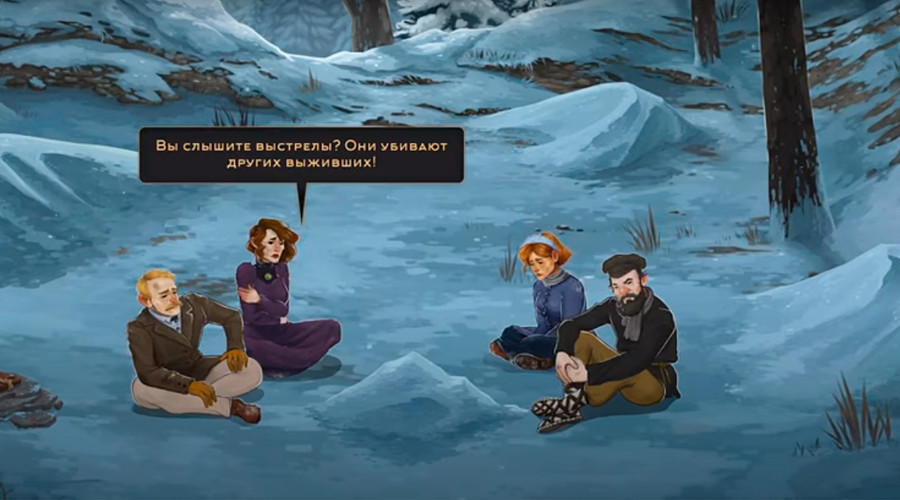 It’s 1917, revolution is in the air. You’re riding the mighty Trans-Siberian Railway. With you in the carriage are people of all different professions, political views, and social status — from elderly dames and their maids to gnarled revolutionaries. Suddenly, the train is attacked and derailed by bloodthirsty bandits. You and three other random people are the only "lucky" survivors. Stuck in the wilderness of the Siberian taiga forest, you set up camp to wait for the next train…

In this survival simulator from Polish game studio Arclight Creations, players have to find food, heal wounds, stay warm, set traps for wild animals, and fend off marauders. Half the struggle is maintaining trust and harmony between the group members —revolutionaries and aristocrats have to overcome their prejudices and mutual loathing in order to stay alive. For this purpose, every evening the characters gather round the campfire for a “team talk” — which can either lead to new survival ideas or have everyone at each other’s throats.

The dialogs can be a bit confusing for non-history buffs, but after playing you’ll know more about the Provisional Government and the Circum-Baikal Railway than you ever thought possible. 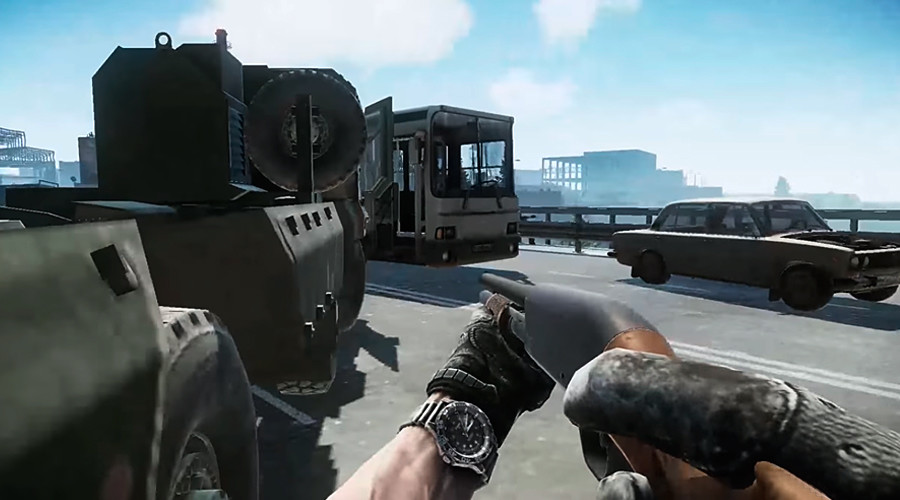 The year is 2028; the setting is the nonexistent Russian metropolis of Tarkov in the nonexistent Norvinsk region, which until recently was the main zone of economic cooperation between Russia and the European Union.

Tarkov has become isolated after a political crisis, its borders guarded by UN and Russian peacekeeping forces. Two private military companies battle for supremacy in the city, interrupted from time to time by the Wild Ones — gangs of frenzied local residents who want to seize power for themselves.

In this hardcore online multiplayer first-person shooter from Russian game studio Battlestate Games, the player takes on the role of a mercenary tasked with escaping from the city by either joining one of the military companies or finding precious loot.

The game successfully creates the atmosphere of a dilapidated Russian city with abandoned shopping malls, panel houses, and gas stations, all surrounded by gloomy lakes and forests.

It has been in beta testing since 2017, and can be pre-ordered on the official website. 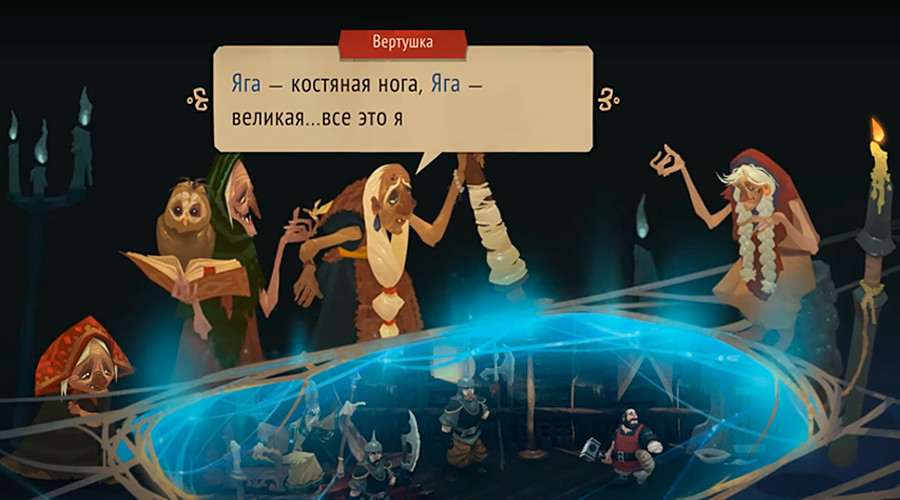 Everyone’s favorite wicked witch from Russian fairy-tales has made her way into the video game world. In this RPG with Slavic motifs from indie developer Versus Evil, you play the role of a one-armed blacksmith named Ivan, who serves the tsar. However, the tsar secretly despises and fears Ivan, since long ago Baba-Yaga foretold that he would die at the hands (or rather hand) of a one-armed blacksmith.

To escape the threat, the tsar sets Ivan seemingly impossible Herculean-type labors — from finding the elixir of youth and strength-giving golden apples to exploring distant lands in search of the most beautiful maiden in the world.

Baba-Yaga and her fellow hags help Ivan complete the tasks. But not without extracting a price, of course. As a result, the hero is caught between the tsar and the witch, enduring all kinds of trials and tribulations from both. At the end of the game, Ivan can become a fool or a sage, greedy or evil — it all depends on the player’s actions. 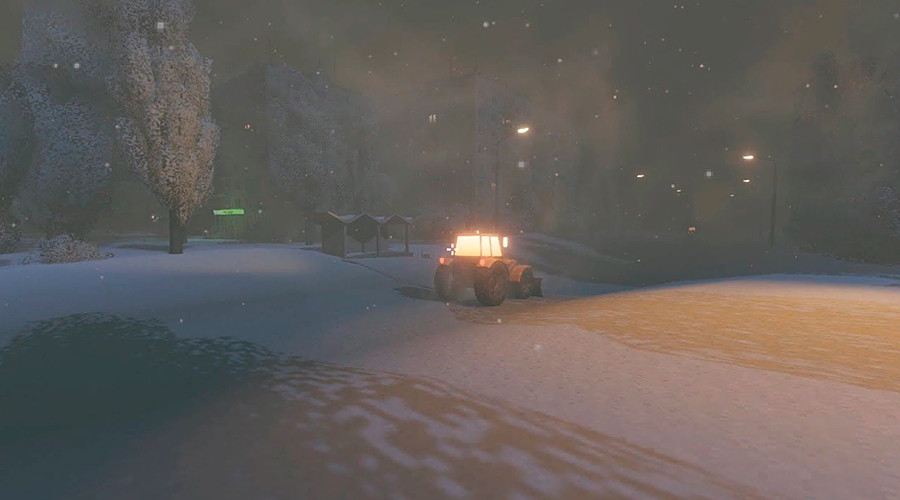 You wake up in a one-room apartment in a typical Russian city. A carpet hangs on the wall, on the windowsill are pots containing the remains of ex-flowers. The refrigerator is bare, and the only entertainment is the radio and the endless snowfall outside the window. The landscape consists solely of panel houses, a grocery store, and, ironically, a beauty salon. There’s no way out of the city, all the player can do is watch the slo-mo snow and pixelated trees. There’s no plot or purpose — a realistic simulation of many people’s lives, in fact.

And that’s what it is. It’s Winter simulates hopelessness, and is more like a piece of performance art than a game. It is part of the multi-format project “Winter” by Moscow poet Ilya Mazo, which also includes a book, a music album, a short film, and a play. 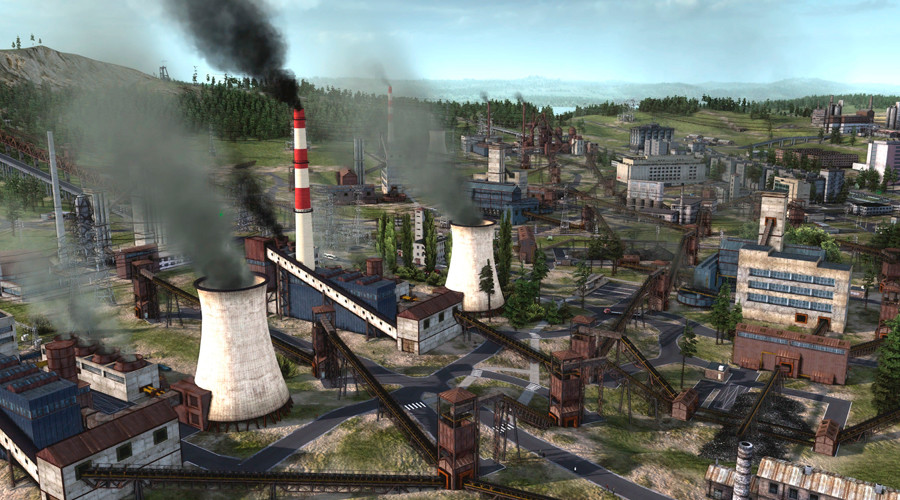 You control a vast territory between the NATO bloc and the Warsaw Pact countries, and the task is to build your own Soviet republic, transforming it from a collection of rundown towns and settlements into a prosperous superpower.

In this simulator from Slovak studio 3DIVISION, players control the production of oil, coal and crops, manage transport infrastructure, and “encourage” citizens who don’t want to work.

An important aspect is the sale and purchase of goods and resources on international markets, on which the welfare of the nation directly depends. In addition to solving global problems, players can enjoy the realistic landscapes and Soviet architecture and transport from the 1960s to the 1990s. 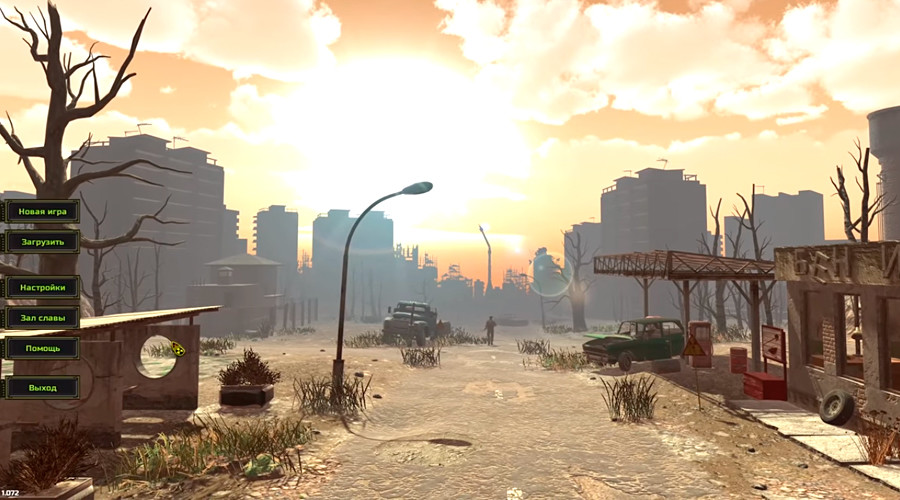 Welcome to an alternative 1986 in which almost nothing remains of the USSR and the Western bloc after a nuclear war. You play an agent from the secret organization ATOM, whose mission is to penetrate the Soviet Wasteland in search of a special unit that was sent to explore a mysterious bunker.

In one of the first tasks, the agent locates an armed gang that raped and killed the daughter of a local resident. Along the way, the player encounters mutants, terrorized villagers, stalkers, and all the attributes of post-Soviet life: rusty ZIL trucks, propaganda posters, bottles of Stolichnaya vodka and “video salons” (popular in the USSR) showing the Soviet war film Only Old Men Are Going Into Battle on an endless loop.

However, this doesn’t detract from the gameplay. On the contrary, the mixture of trash and sleazy jokes in a post-apocalyptic Soviet setting in the style of Fallout only adds to the escapism and enjoyment.