Lifestyle
Victoria Ryabikova
They quit the 9-to-5, named their studio after the world’s most solitary whale, rented a small room, and now release mobile games. And not just any old games!

Before me stands a gray concrete building in Nizhny Novgorod (400 km from Moscow) that resembles a business center or hotel after a zombie apocalypse. Walking past the horror movie-style elevator and a couple of desolate corridors, you find yourself in a room that has “young gamer” written all over: console, garish posters, electric guitar, beer in the fridge.

Welcome to the home of Fifty Two, a mobile games development studio consisting of three people: programmers Mikhail Shagin (28 years) and Dmitry Viktorov (32), and designer Alexey Kalinin (31). They know how to create mobile games that get millions of App Store downloads.

From Game Boy to game men

All three physically resemble young gamers. However hard they try, neither Dmitry’s beard, Mikhail’s glasses, nor Alexey’s serious mien help them look older. We are sitting in their office. Beer has not been offered (apparently a luxury for special guests only). Instead, they serve nuts and, interrupting each other, tell about the beloved games of their childhood. 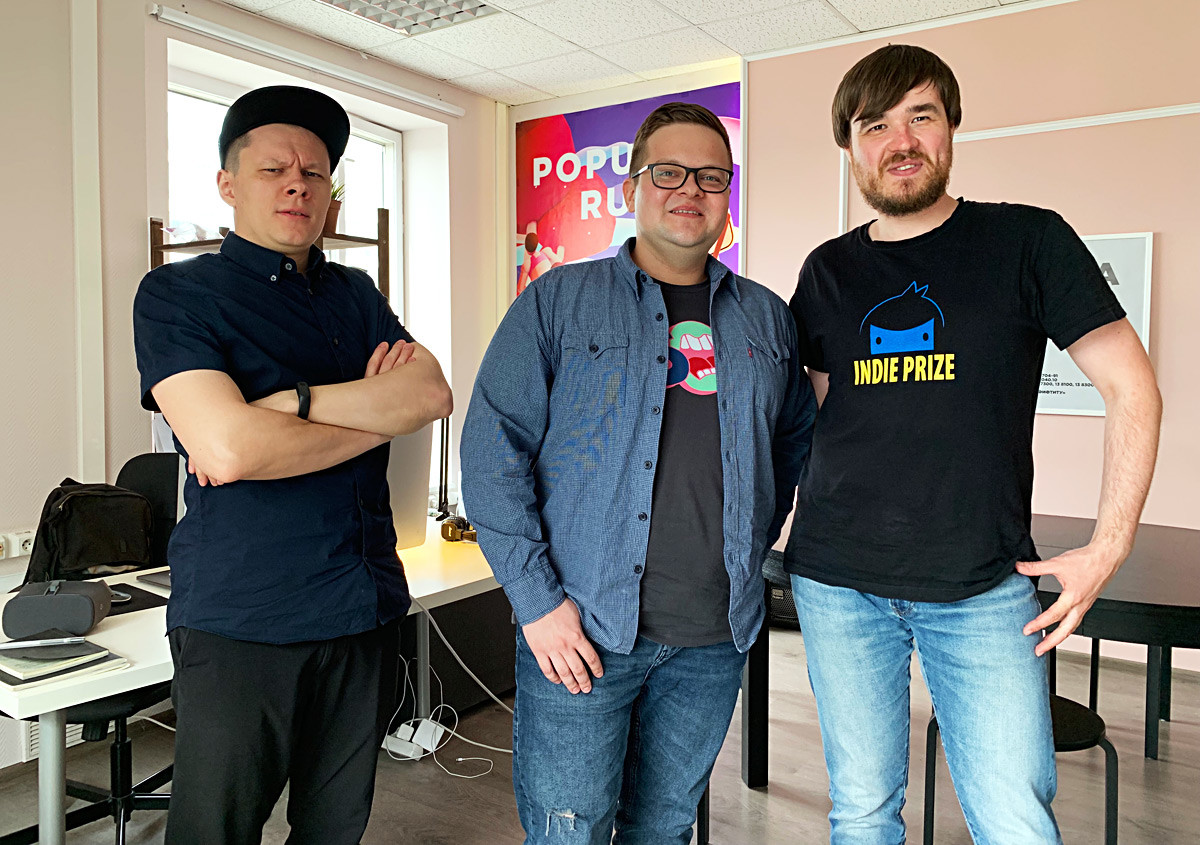 “My classmate had a Game Boy Advance. It was a supercool device. That's when it first clicked in my head that the future belonged to portable gaming. Then mobile Java games became the rage, everyone at school played them. Later smartphones spread to Symbian. At high school, we played Explode Arena in class over Bluetooth – it’s like Bomberman for four players,” recalls Mikhail.

Around the same time, Mikhail enrolled on a programming course at school. Alexey, meanwhile, is self-taught – he created his first games for Adobe Flash all by himself. Dmitry’s path was slightly less straight-forward.

“I started out in electronics because I didn’t know anything about programming. I thought that to create games you had to be able to assemble electrical circuits,” he says. Realizing the error of his ways, he swotted up to pass the entrance exams to the computational math and cybernetics faculty at the local university.

The future founders met each other when working at Freemake, a developer of video converters. After several months of collaborative lunches, they understood the time was ripe to go it alone.

“It was late fall 2012,” the guys recall, still interrupting each other. “Alexey was on vacation, we were working at the office. Then we suddenly got a message from him saying he’d arrived and wanted to talk. At first, we thought he was in trouble, it was a bit weird. We sat in his orange Kia Rio. Frowning slightly, he suddenly blurted out: ‘I was thinking, how about we make games?’ That was that.”

Evenings, weekends, and even lunch breaks the trio spent devising their first game. It wasn’t long before they handed in their notice and rented an office on their own dime.

“None of our ex-colleagues were aware of the project. Friends and relatives knew, but didn’t take it seriously,” the developers recall.

“The name was chosen in honor of the world’s most solitary whale. It communicates on the unique frequency of 52 Hz, and other whales can’t hear it. It swims around the Pacific Ocean all alone,” explains Dmitry. 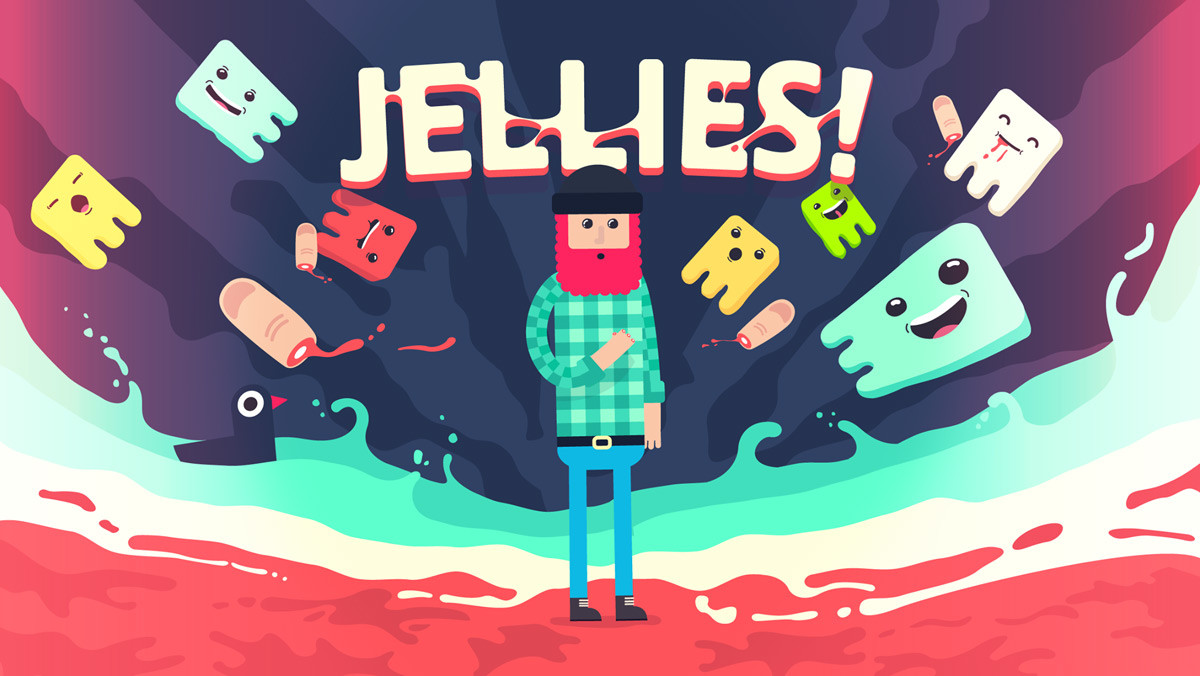 The office’s first decoration was a large poster of jellyfish – the protagonists of the company’s first gaming venture.

“It’s something tangible, you look at it and think – everything’s almost ready, there's just a game that needs to be created,” says Alexey.

Two years later saw the release of Jellies, exclusively for iOS. The game was a simple three-in-a-row type puzzle, in which the player scored points for connecting same-colored jellyfish. The more points, the better the chances of victory at each stage.

“I still remember how thrilling it was having our own company and launching our first product. It’s like falling in love for the first time, probably even cooler,” Dmitry recalls. Mikhail and Alexey agree, and suddenly you realize these guys mean serious business.

Their “first love” went on to be downloaded 5 million times, 2 million of which came in China. Second place in the geographical leaderboard belongs to the U.S., followed by Russia and other countries in Europe. On top of that, it was named the App Store’s “Game of the Day” several times.

To hell with downloads, just make it look good

The Nizhny Novgorod studio's second game, Kenshō (an unusual clone of the brain-twister 2048), was installed free of charge on demo iPhones at all official resellers in Russia, and then in Apple Store outlets in the U.S.

Its main schtick was not only the eye-catching landscapes, but the unusual soundtrack. The 11 tracks for the game were written by Swedish sound designer Oscar Rudelius.

“Oscar used live instruments: violin, piano, accordion, guitar, bass, accordion, mouth organ,” recalls Alexey, and promptly fires up the game to demonstrate the tracks. “I don’t care that the second game got only 300,000 downloads, just look how beautiful it is!” Wow.

The third project – the multiplayer runner Populus Run – is still under development, and is due to be released exclusively on iOS next fall, explains Alexey. Cue a demonstration of one of the characters in the game. An onscreen Hulk appears, crookedly-drawn, but Alexey loves it all the same, because it was created by his 11-year-old daughter Polina. 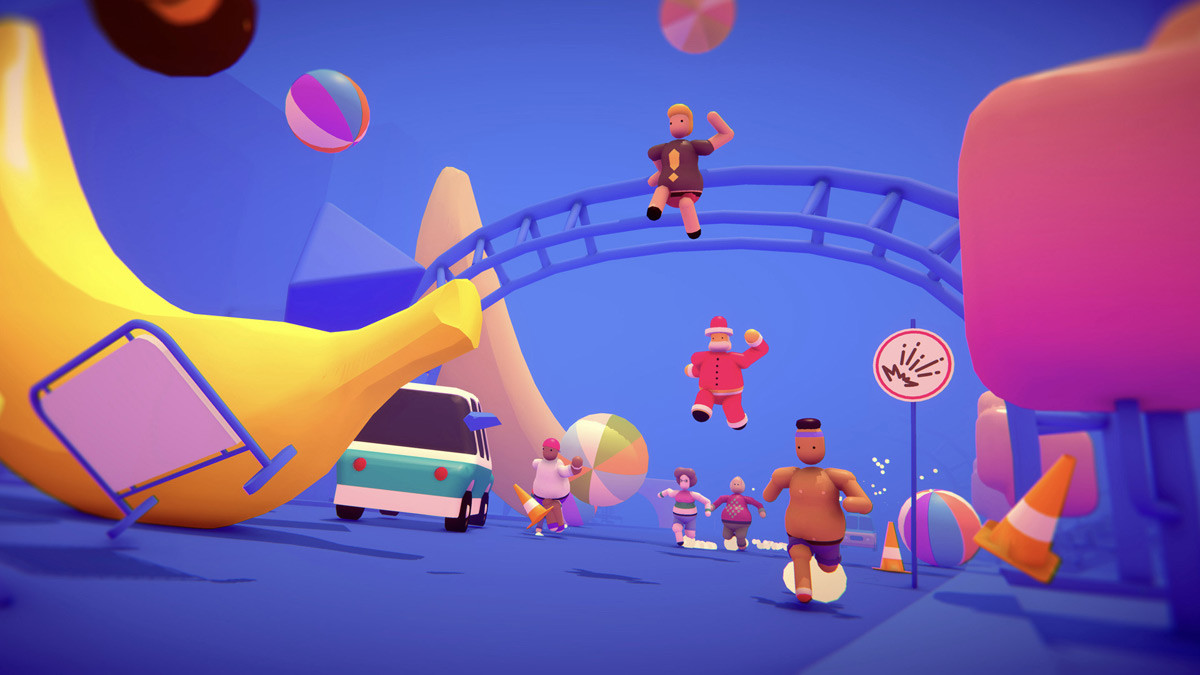 “She’s done some characters for our new game. She studies at school, makes slimes, plays on her iPhone, and shoots videos in the Like editor/social network,” Aleksey says with such love and pride that it’s clear that Hulk is destined to be one of the main characters in the future game.

“Do you get paid money?”, “When will you get a normal job?”, “Can you get rich from games?” The three amigos get asked such annoying questions from people almost every day. However, they are too busy dealing with more overarching matters: Should we make a game about a running tree, or make the seagull in Jellies say phrases from The Big Lebowski? (Spoiler: yes, it really does.)

Millions of downloads do not automatically guarantee big profits, they say. It all depends on the game’s business model.

“The free Jellies made us popular. The second game Kenshō was paid-for, so it was more profitable for us financially,” says Mikhail.

Another part of the game-creation routine involves conferences for developers, whose numbers are swelling in both Moscow and elsewhere. Mikhail meets up with developers every month in their small room in Nizhny Novgorod to discuss future projects and pick up new tips.

“The meetings drive us to work even harder on the games – we gotta have something to show. True, we rarely listen to their advice. We know what’s what. You gotta invest your soul in this thing,” says Alexey.

“It’s all a big part of the community’s development. More and more indie designers may struggle to guess what will fly and what won’t. We just do what we think is cool, then it turns out there are people round the world who think it’s cool too. We don’t wanna make decisions, we wanna make games!” Fifty Two's founders state with conviction. Their whale's signal may well be inaudible to other whales, but millions of gamers have heard it.