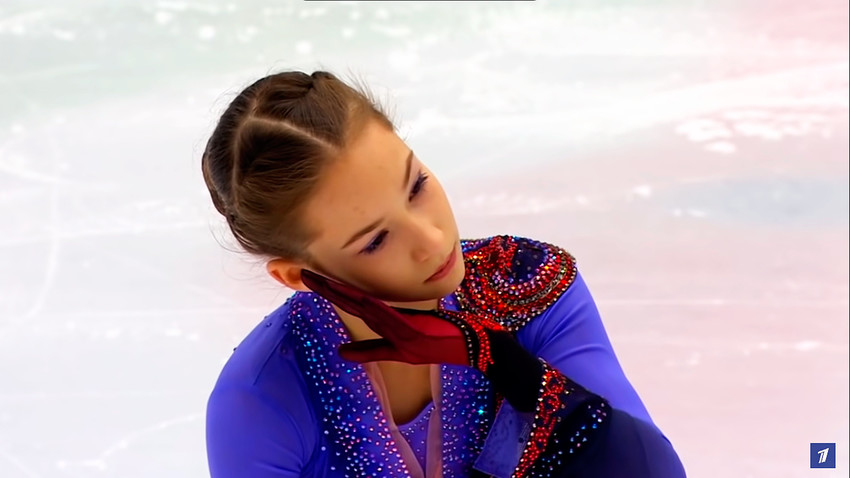 Channel One/youtube.com
This teen is the first Russian skater who managed to land two extremely complicated jumps back-to-back: the triple axel and the quad jump.

During the Cup of Russia stage in Kazan in mid-November 2020, the 13-year-old Sofya Akatyeva from Moscow became the first figure skater to pull off the combination of quad jump and triple axel. These jumps are considered very hard, let alone back-to-back, and before her, nobody had ever achieved this. However, Akatyeva doesn’t want to stop there and is already dreaming about the Olympics.

Sofya is a student of Eteri Tutberidze, considered Russia’s most prominent figure skater trainer, who has also taught Yulia Lipnitskaya, Yevgenia Medvedeva, Alina Zagitova and Alyona Kostornaya. There are many talented boys and girls among her students and it looks like Eteri has raised another star of the ice rink. 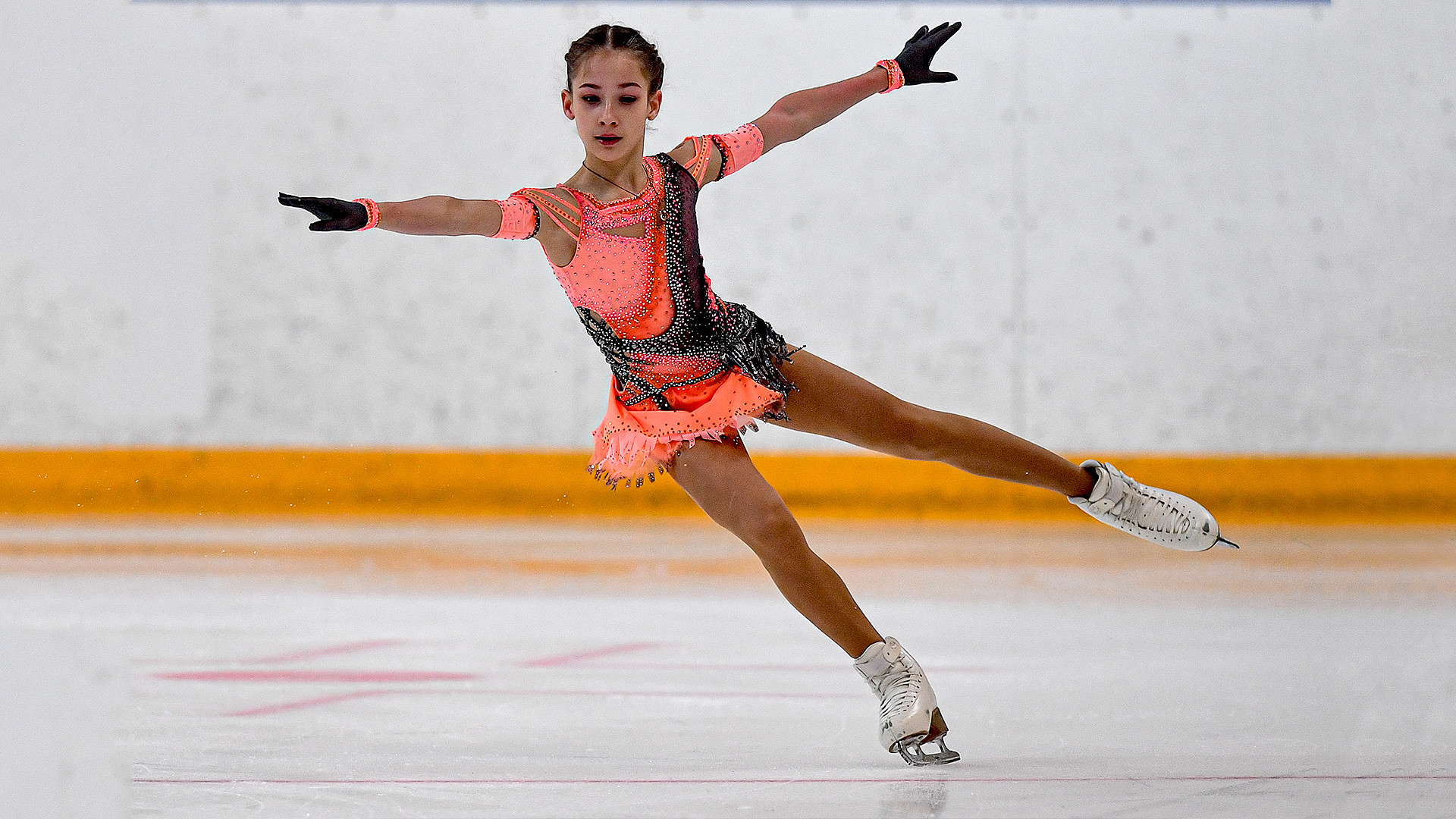 Akatyeva has been in love with figure skating since early childhood, when she saw the Olympics in Vancouver at the age of just 3. “I remember that I was enthralled by the white, dazzling ice... I really liked how the skaters did their jumps. And of course - the girls’ costumes! I really liked the way they were dressed. Costumes with diamonds, they shone so bright that I immediately wanted to try to perform something similar,” she said in an interview with TASS news agency. 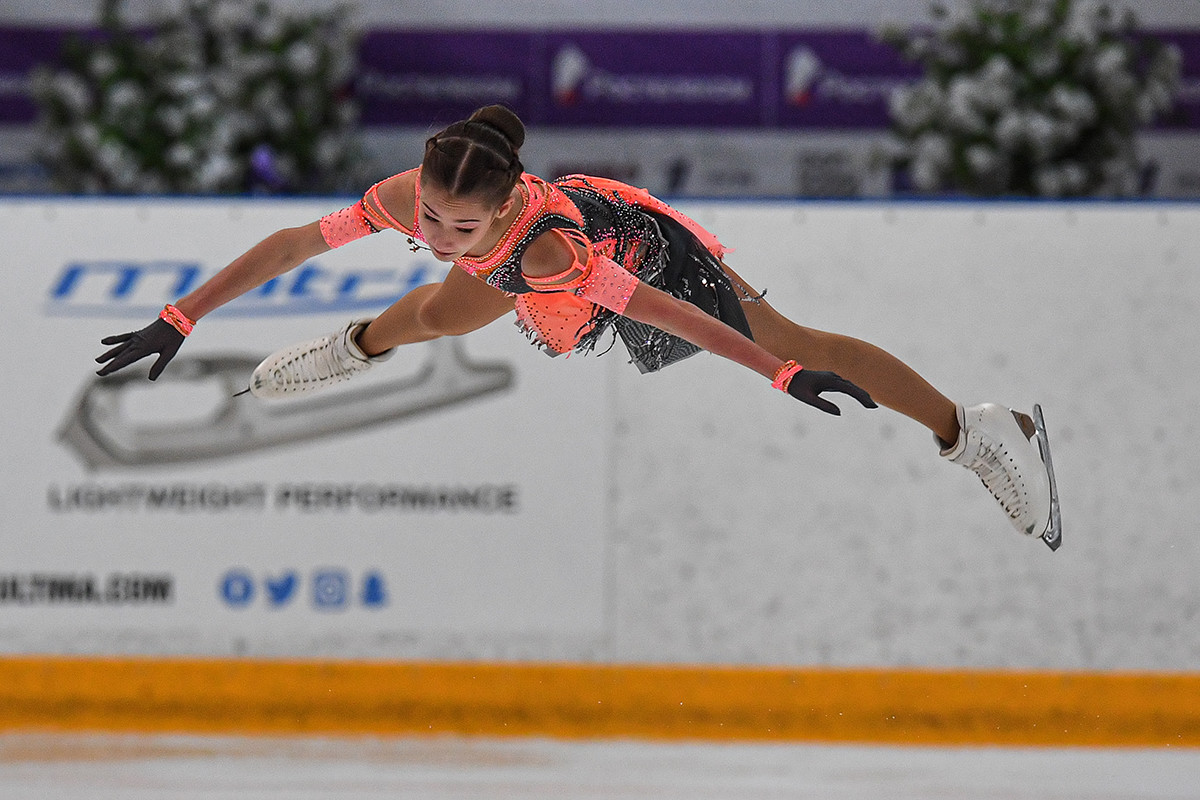 Sofya did also try drawing, dancing and singing in a choir. But then she realized that she liked figure skating much more and decided to focus on this sport in earnest.

Sofya used to go to her training sessions early, in order to watch the workouts of now senior figure skaters Zagitova and Medvedeva, who often had sessions before her. “I dreamed of jumping as high as they did, to glide easily and gracefully.”

In 2017, she transferred to the group under the supervision of Eteri Tutberidze. “It seems to me that only with such a mentor could you achieve truly great results.” 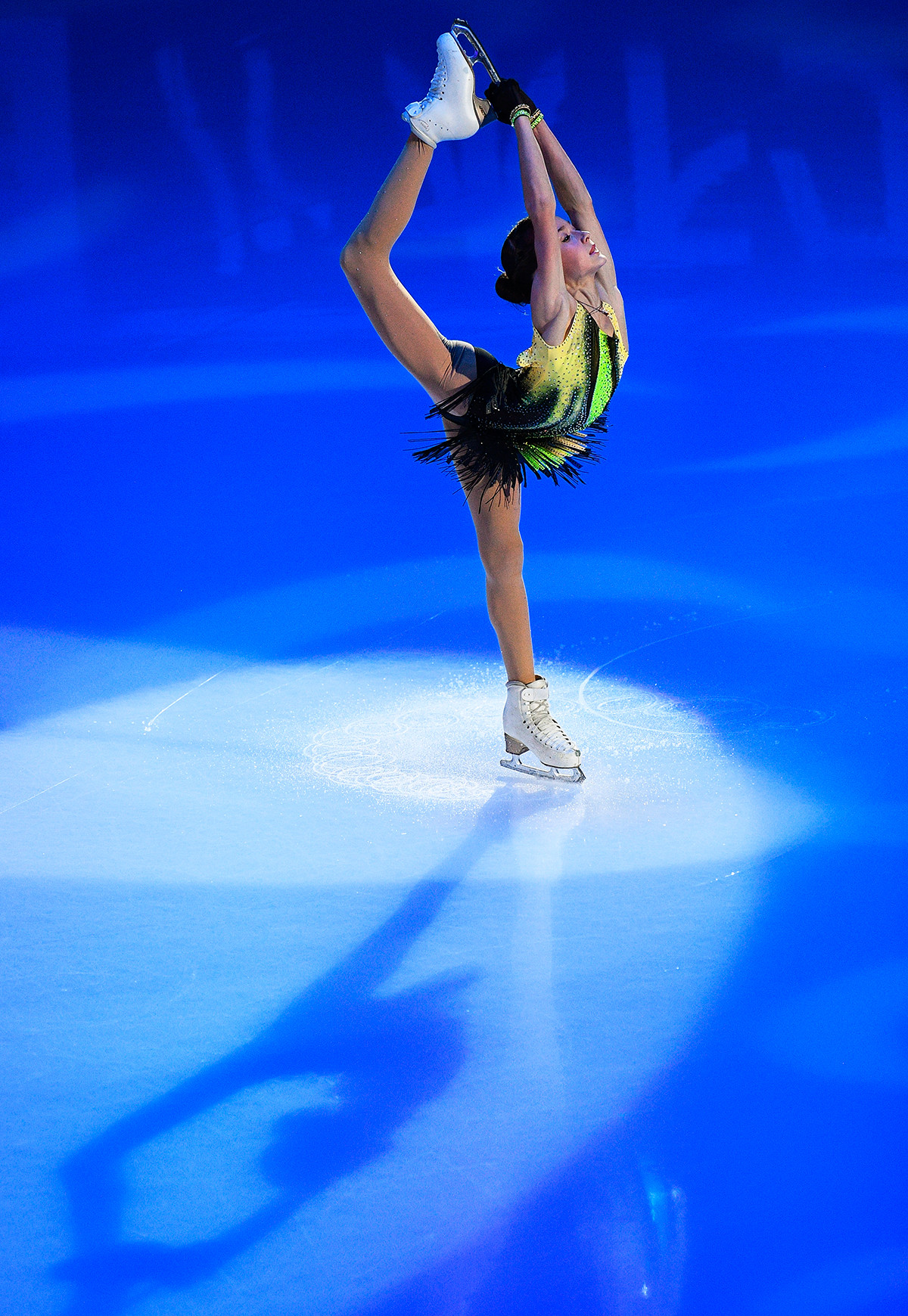 An ice performance in Moscow.

At first, she was on a trial period. But after just two weeks of training in the Tutberidze team, Sofya managed to learn how to complete a triple rittberger and a cascade of a double axel and a triple toe loop. Eteri appreciated the determination of the young skater and decided to keep her in the group.

Performing complicated moves is a must for a skater who wants to get high scores in competitions. Currently, these elements include a quadruple toe loop and a triple axel. Sofya admitted that she really wanted to try these elements herself and was glad when the teachers allowed her to do it. “You cannot think of falling in any case,” she believes.

Due to the pandemic, Sofya (like other athletes) have not trained for more than two months and by her own admission, it was quite difficult to get back in shape. “We really learned the elements from the beginning. Muscle memory is short, so it was really hard to recover.” She completed a quadruple toe loop and a triple axel only in mid-August 2020 and successfully performed this combination at the competition in Kazan. 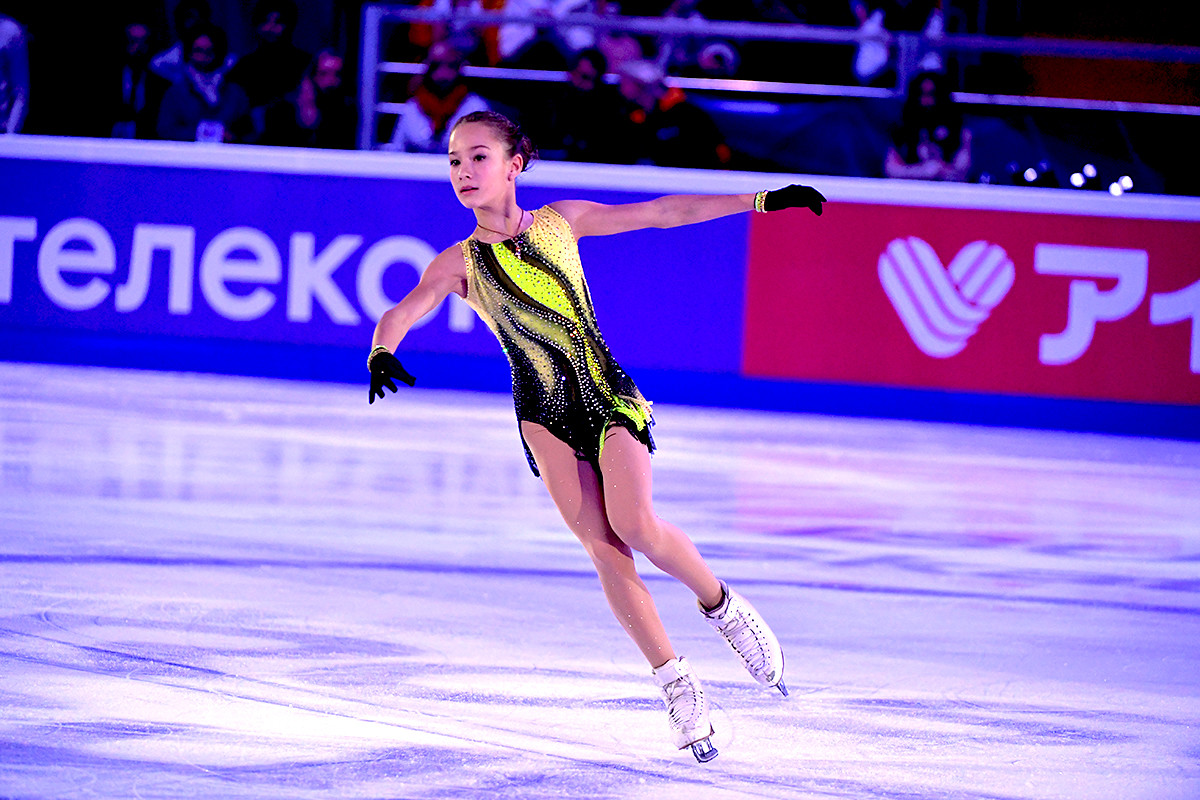 Many athletes have attempted to do these complex jumps together, but only Akatyeva has succeeded in doing them flawlessly. One Russian newspaper called the girl a technical genius “who is gradually gaining power in both skating and gliding”. 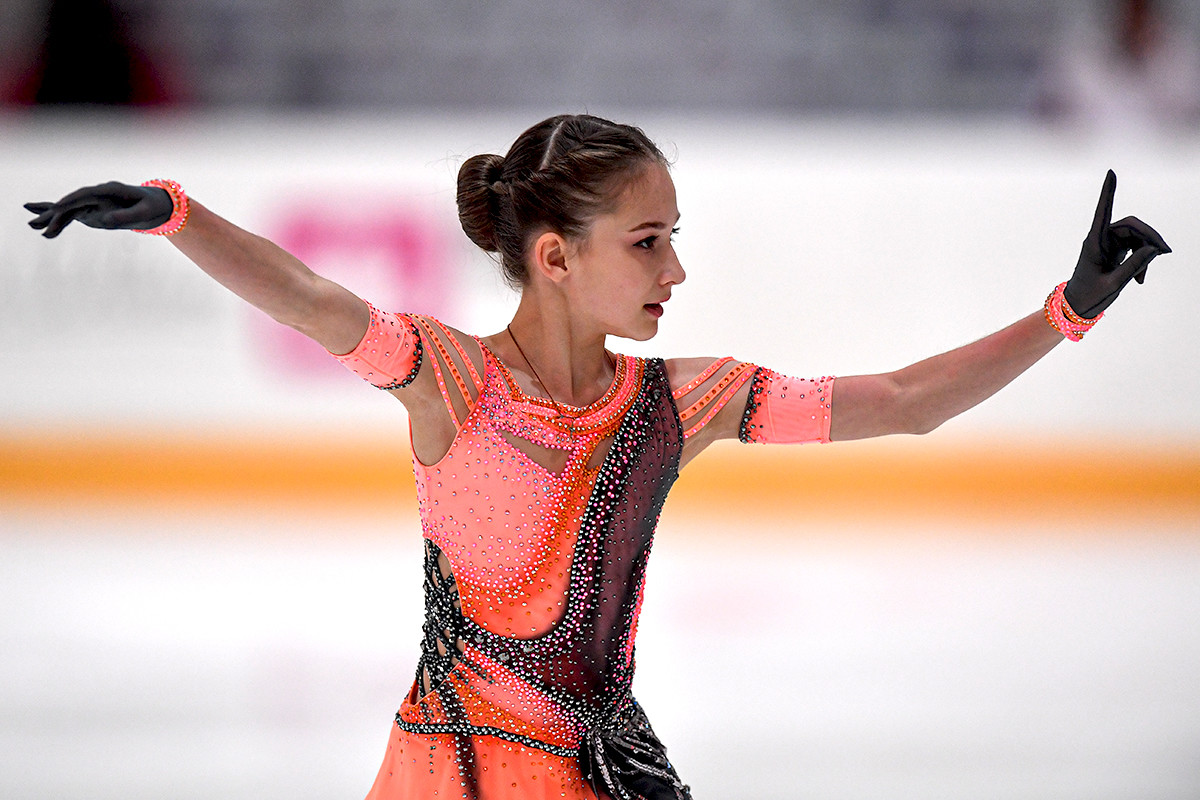 During her free time, Sofya enjoys watching movies and reading books, like any other teen. And she dreams of taking part at the Olympic Games - which she will only get a chance to in 2026, after she turns 19.