Russian moms VS. American moms: How different are their rules? 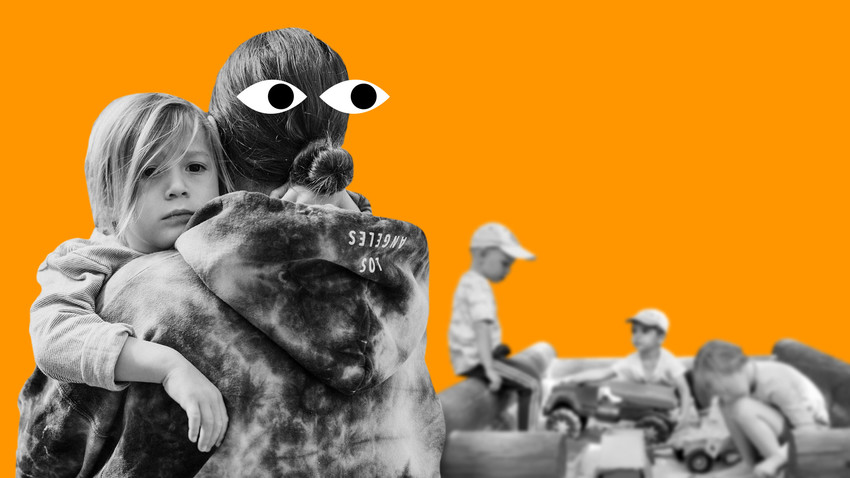 Irina Baranova
Our freelance American writer living in St. Petersburg talked to some of his Russian friends about the way Russian mothers treat kids compared with moms in the U.S. Spoiler: he found their tricks to be pretty universal.

Moms are always right. Why? Because they said so. No ifs, ands, or buts, it’s just the way it is. You can argue, but you’ll always lose.

That was the way it was for me growing up. Yet, as I grew, I learned that everyone I’d ever met, when pressed, admitted to me that their mom, too, was always right.

This got me thinking that certainly, not all moms in all countries could be always right all of the time. This wild theory, if true, would mean, dare I say it, that some moms are (sometimes) wrong. When I investigated further, I realized that not only did the moms in other countries also claim omnipotence and “always-rightness”, they were all peddling the similar quips! Moms, it turns out, like advertising executives, seemed to be all trained with the same snappy quotes and tag-lines that have become known as “Momisms”.

But, I thought, maybe this is just an English speaking mom habit—a strategic capitalist propaganda campaign, spread about by dutiful mama’s boys masquerading through the centuries as colonialists, spreading their mother’s advice. Perhaps, I thought, Russian moms have some new unknown wisdom gems I’d never heard.

I decided to ask a few of my Russian friends about what kind of things their moms said. And, it turns out, American and Russian Moms agree on quite a lot, like that fathers are the ones to blame for your bad behavior. But not always—I found a lot more American momisms threatening violence over Russian momisms. For example, an American mom might say, “If you roll your eyes at me again, I’ll smack them into next week.” When asked why this might be, my Russian friend Misha ominously joked that, “Russian moms don’t threaten.”

This absolute classic momism is one that both American and Russian children have heard a thousand/million times. In Russia, the most common rendition of this I heard was using the number ‘1,000’ (Я тебе уже тысячу раз говорила), whereas, in America, it is a million. It could be that Americans are more hyperbolic than Russians or (as our last election might indicate) just really bad at counting. Or it could be, as my friend Nikita says, “Russians, mom’s or otherwise, don’t like repeating themselves as much as Americans.”

They are always watching 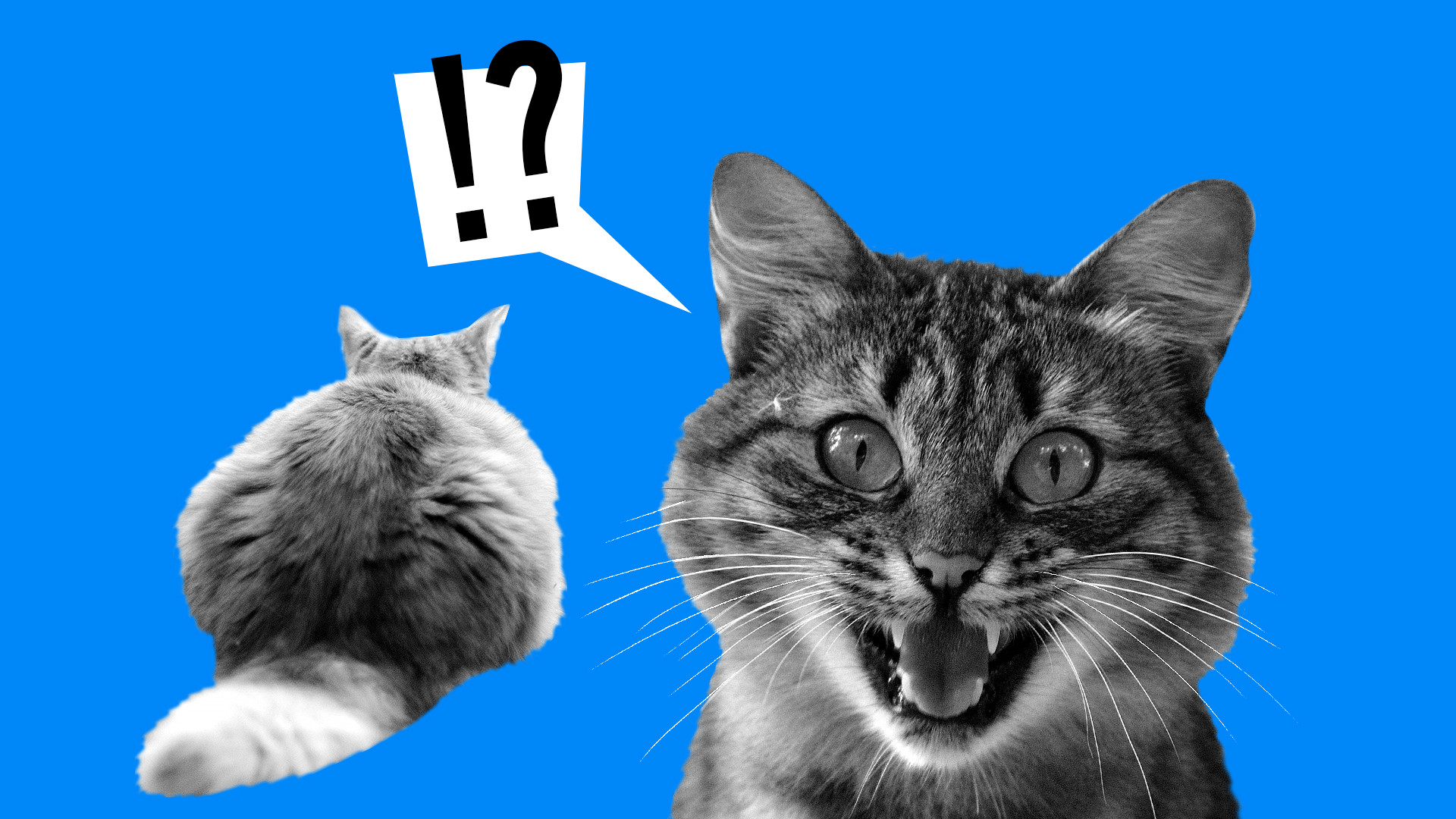 Both Russian and American moms have eyes in the back of their heads and can always see what you’re doing. In Russia, this is especially true if you try to take your hat off as soon as you think you’re out of sight of your home. As my friend Elena, a marketing director out of St. Petersburg, told me: “Russian kids love taking their hats off when they think no one sees them, but mothers will say, Опять шапку снял на улице? Я все видела в окно [‘You took your hat off again? I saw you from the window!’], which implies that mothers are always watching, but more relevant to Russia, because, well, it is cold much of the time here.” In fact, many Russians told me that a common momism for them was simply, “Шапку надень,” or “Put on the hat!”

If everyone is jumping off [insert ‘death-defying’ place here], are you going to jump as well?

When I asked around about momisms, a reader named Nadia offered up two: the first  Весь в отца which is about sons being like fathers (a common American one, as well: “Like father, like son!”) and the other being very similar to a well known American-mom quip. “The phrase about jumping off the cliff/bridge is slightly different in Russia where it is more common for moms to say, ‘If everyone jumps off the rooftop, will you jump off as well?’” Why a rooftop in Russia, rather than the American bridges and cliffs? Are there more roofs in Russia? Who knows, but I can’t help but wonder why it is always jumping? Why not, “If everyone drank poison, would you drink it, too?” Possibly jumping from high places looks just fun enough to make it realistic, no matter where in the world you grow up. Maybe mothers should start trying to use something original and not be a bunch of lemmings.

If I couldn’t find something as a kid, my mother used to say: “Were you looking with your eyes closed?” And I’d say, “No!” And she’d go look for it herself and then come back and say, “I found it, now go look with your eyes open.” The most common, less antagonistic version of this is shared by both Russian and American moms and goes something like this: Где кинул, там и ищи (“Go find it where you dropped it”) or, as an American mom might say: “Well, where did you leave it last?”

They know you’re not going to take care of that dog, but Russian moms are more sarcastic about it 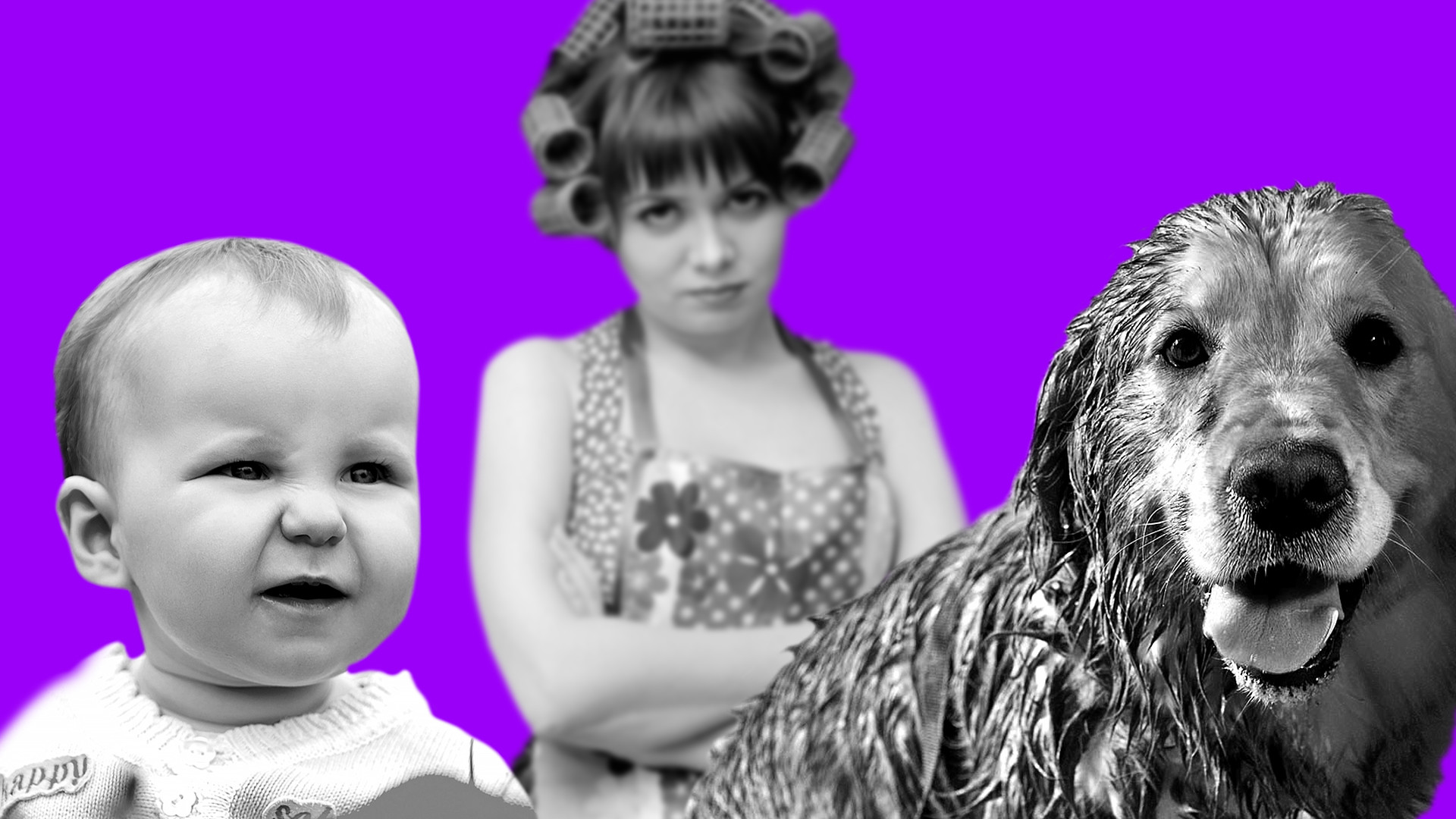 Kids all over the world are experts at shirking pet-care responsibilities. American moms are known for saying something along the lines of, “If we get a dog, are you going to be the one to take care of it?” To which the child would usually respond: “Yes, yes, of course! Mom, please!” Whereas the slight difference in the Russian pet-owner’s momism comes at the end with a sarcastic little, “Yeah, sure.” А кто будет ухаживать за этой собакой? Кто будет с ней гулять? Ты? Ага, конечно. [“And who’ll take care of a dog? Who will go out with it? You? Yeah, sure.”] According to Elena, this is common and even appears on a website of most common Russian momisms. I appreciate that Russian moms go into this one knowing full well that the child isn’t going to take care of the dog. American moms leave a little hope at the end, leave room for some desperate begging, which sometimes works, but always leads to the same outcome: Mom taking care of that dog just like she said.

Why don’t you go ahead and kiss the cat’s butt then? – Only Russian

This one, contributed by Elena, is one that I hadn’t heard before. In Russian, it goes: Че ты своего кота целуешь, еще в жопу его поцелуй. According to Elena and Yara, an artist living in St. Petersburg, this one means: “Why are you kissing the cat? Why don’t you kiss its butt too!”

I have heard this concept before, mostly referring to dogs, but never considered it a momism. Perhaps Russian children are much more affectionate with pets, or perhaps Russian pets are less reserved butt-lickers. Either way, after researching and listening to many different momisms from Russians and Americans, this was the only one that I found to be strictly recognized by Russians.

Moms are always right, no matter where they are from

After talking to several Russians and scanning through numerous online listicles of most popular momisms in both countries, it became clear that, while there are a few small differences, Mom-wisdom is not only capable of crossing borders, but does so with startling frequency. I asked some of my responders to weigh in on why they thought this might be the case and these were the leading theories:

Elena thinks it’s just logical, “For example,” she says, “if you take the case of swear words, they are something considered dirty. So, the most logical way to ask to ‘clean’ your mouth with some detergent, but as soap is the most common and oldest thing that was invented ages ago, they say soap.”

On the other hand, Yara blames children: “Maybe,” she says, “because children are the same in any country. We do all of the same things that make mothers mad.”

It could be logic, or coincidence, or that Moms worldwide are all tapped into some lay line of ultimate wisdom. I’d like to think that momisms are just another sign that people, no matter what culture they are from, still value the same things: staying safe, being polite and respectful, keeping your head warm and not picking your nose in public.

Benjamin Davis, an American writer living in St. Petersburg, explores various topics, from the pointless to the profound, through conversations with Russians.