Lifestyle
Benjamin Davis
Irina Baranova
Our American writer living in St. Petersburg gives you three reasons why one of the sides wins outright!

I first encountered an old lady in Russia on the bus from the airport to the center of St. Petersburg. She walked through the center of the bus, yellow-vested and mad-eyed. The crowd parted as she passed. She was after me. She came closer and closer, and as I sweat profusely and fumbled through the pile of foreign currency in my palm, I looked up. Her eyes were brutal, and she loomed as she waited. I realized; she wasn’t an old lady at all, she was a Babushka, and she could kick the ever-loving shit out of me if she wanted to.

This experience precipitated an internal conflict; I had never before, in America, found myself afraid of an old lady. Old ladies are sweet; they give you ugly clothes, and sugarless candies, books you’ve never wanted to read, and yes, sometimes they can be a little racist. If you see an old lady crossing the street, you might run to help, but if you see a Babushka crossing the street, you get the f*ck out of the way! (I’m kidding, if you see any elderly person who needs help, help them, you monster.)

I wanted to find out what makes Babushkas different from American Grandmas. And here’s what I found: 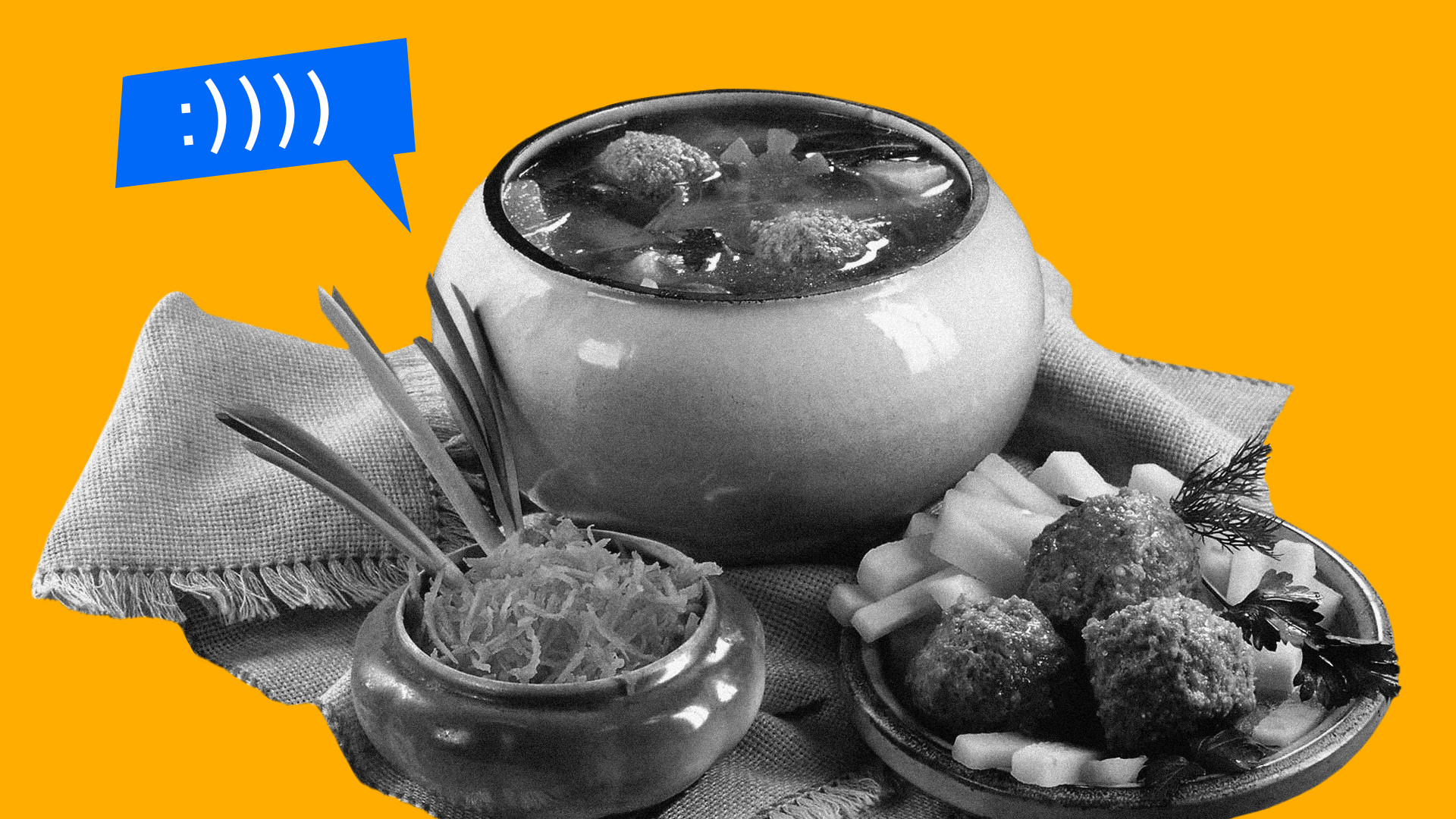 My grandmother loves to cook. The only difference between Babushkas and American grandmothers is that when a Babushka says, “Why don’t you eat some more?”

It isn’t a question.

On New Year’s, I visited my friend in Moscow and he brought me to the Holiday dinner at his Babushka’s apartment. I swear, if we’d been in a little hut in the woods, I would have been convinced someone was fattening me up for the roasting pit. Russian salads, bread, butter on bread, caviar on bread, meat on bread, meat on meat, cheese on meat on bread. I was dining on a magic plate that never emptied.

In my house, my father always commanded, “Do not leave food on your plate if you’re a guest, it’s rude.” So, I sat in a war between my upbringing and the food tyranny of my friend’s Babushka, until I was stuffed blind and someone eventually rolled me away.

Julia, a St. Petersburg resident, shared with me a similar sentiment about her Babushka: “It was impossible to stand up from the table until you had finished your dinner. And dinner from Babushka was super big, so you eat, and eat, and eat until you look like a penguin. It was a simple honest way to express love for my babushka, even though it was too much sometimes. I don't know any American grandmas; however, Babushkas tend to squeeze you with love. And food, of course. And there is no escape.”

2. Babushkas, for a lack of a more delicate phrase, have seen some sh*t 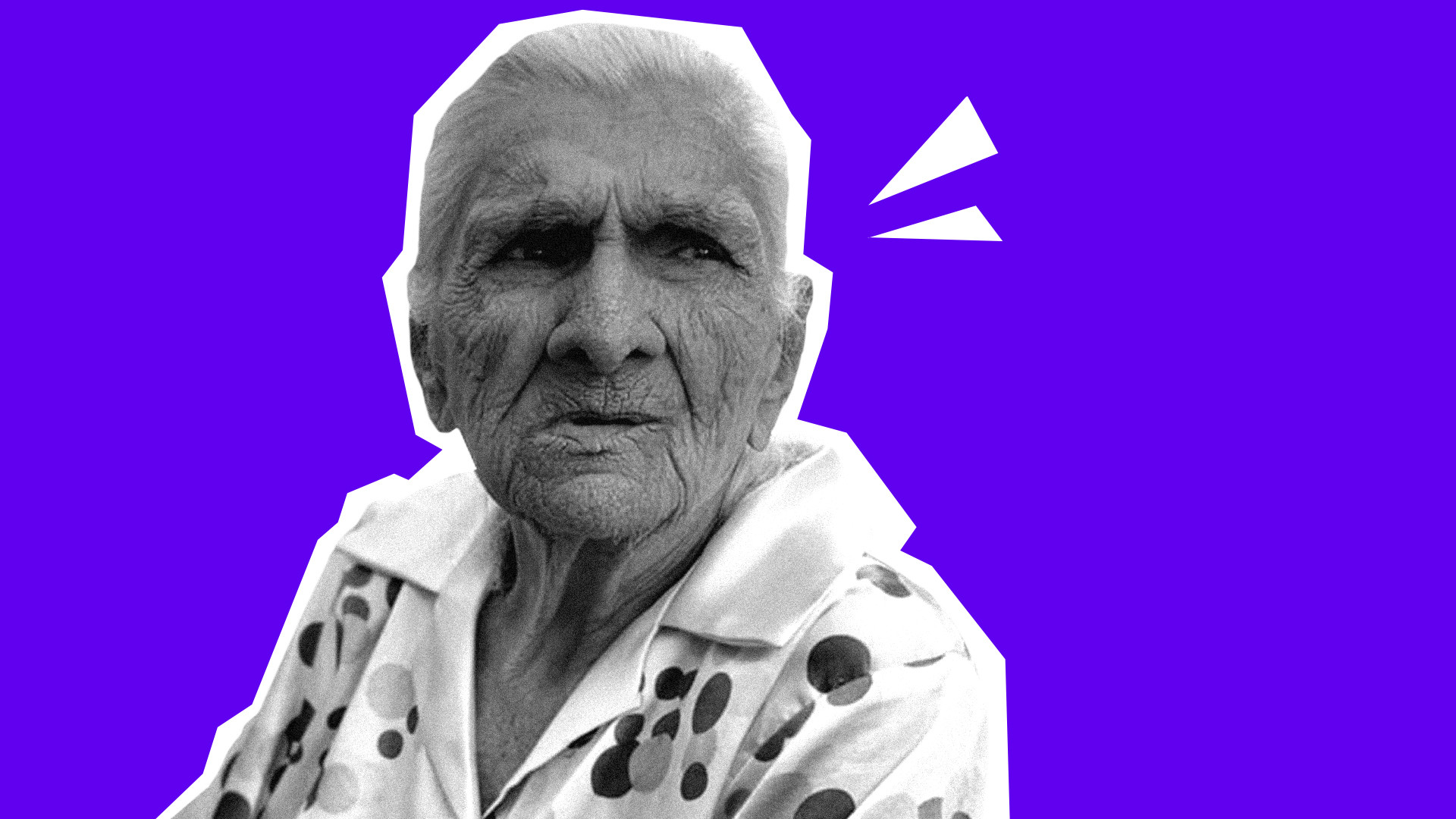 Even the youngest Babushka has lived through hard times in Russia, and the further back you go, the more hardships they’ve endured. Not only was WWII on the doorstep of Russia, it made its way into Russia itself, followed by many more hardships, the eventual fall of the USSR and into the lawless 1990s.

When I asked another friend, Julia, who’s spent time in both Russia and America, her thoughts, she told me, “I think American grandmas are useless by comparison. They didn't grow up in sometimes hungry times in the Soviet Union, where they had to be prepared for everything. And even now, most Babushkas don't have enough money to live on, let alone enjoy their life. They have to survive on a 10,000-15,000 ruble ($150-230) monthly pension, which makes their survival skills better than anybody else’s. You’ll always see them at 6 o’clock in the morning waiting for a bus to go to a hospital and wait for 4 hours with the other babushkas just to make sure their health is great, or to the post office for only God knows why. So, I think they are unstoppable and won't tolerate any bullsh*t!”

Which leads me to my final point. 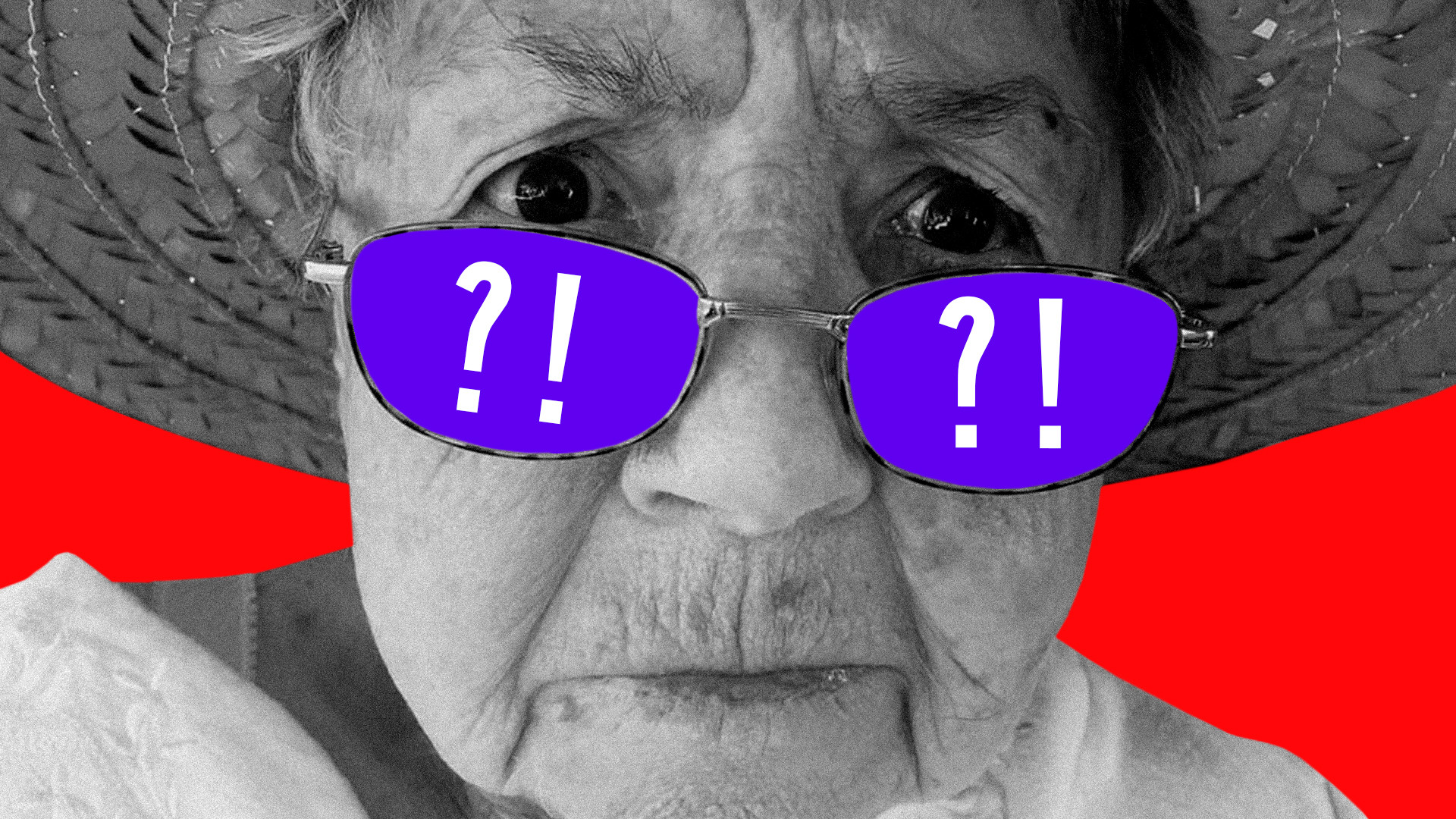 They take zero sh*t, and they’re not afraid to tell you how it is. My friend Ivan was confident, capable, and never let anyone push him around. Yet, when a Babushka caught us smoking in a back stairwell of an apartment building and chewed us out something fierce, Ivan transformed into a 5-year-old boy, apologizing, backing slowly into a corner, shrinking, as the Babushka grew and eventually gobbled him up. Poor Ivan.

While American Grandmas are sweet and lovely and would do anything for their grandchildren, in a battle for supremacy, my money would be on Babushkas every time. So, the next time a picture of a Babushka is used as a meme online, just remember to respect the hardship and strife many have had to endure over the past 75+ years.

And never forget how quickly she could kick your ass if she wanted to.

Benjamin Davis, an American writer living in Russia, explores a wide range of topics, from the pointless to the profound, through conversations with Russians. Last time he explored how to talk to Russians at parties. If you have something to say or want Benjamin to explore a particular topic, then write us in the comment section below or write us on Facebook!