How to talk to Russians at parties

Lifestyle
Benjamin Davis
An American writer living in St. Petersburg found out what topics not to bring up in front of Russians, and how to make a connection and become friends with them. 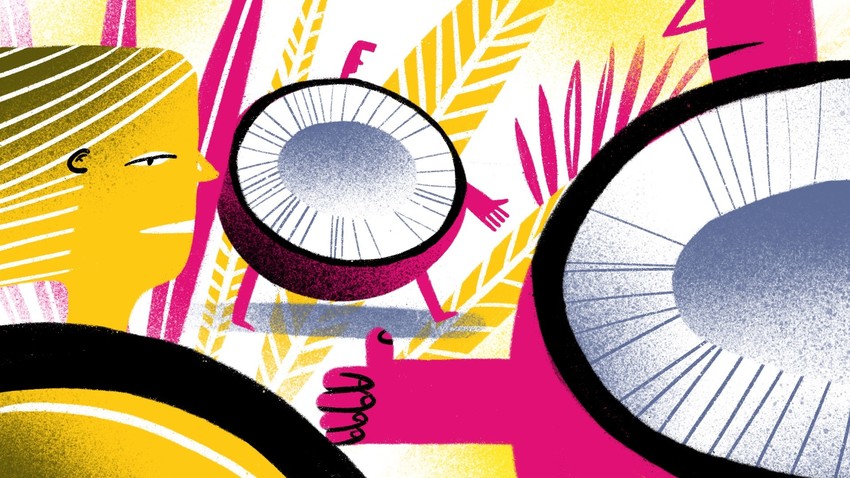 “Russians are like coconuts,” my friend Ivan told me. I’d just returned from the market – my Russian was poor, and I’d wanted some practice. At the register I bought a candy bar and smiled at the man sitting behind the counter.

“K-A-K. DAY-LA?” (How are you?) I tried. He looked at me the way I imagine a sociopath watches a school bus sink into a frozen lake. He remained wordless. I handed him money. To avoid eye contact, I looked down at his shirt. It read in huge, bold, plain English:

CANCEL MONDAYS AND F*CK OFF.

Later, sitting with Ivan, dejected and recounting my tale, he said again, “Russians are like coconuts. They are hard on the outside, but on the inside they are sweet and soft.”

He shrugged, “You need a machete, but since you’re American you have – like – a fork.”

“Great,” I said and sighed.

He paused before adding, “and you suck at Russian… so you have a baby’s fork.”

Over the next three years, I did get better at Russian, picking away with my baby American fork, and found that Ivan was right. Mr. CANCEL MONDAYS now smiles when he sees me and shakes my hand, and asks me if I’ve written about his shop yet, and if someday I will sneak him into America in my suitcase. Also, on occasion I’ll take a couple shots of nastoykas with him while waiting for my coffee. 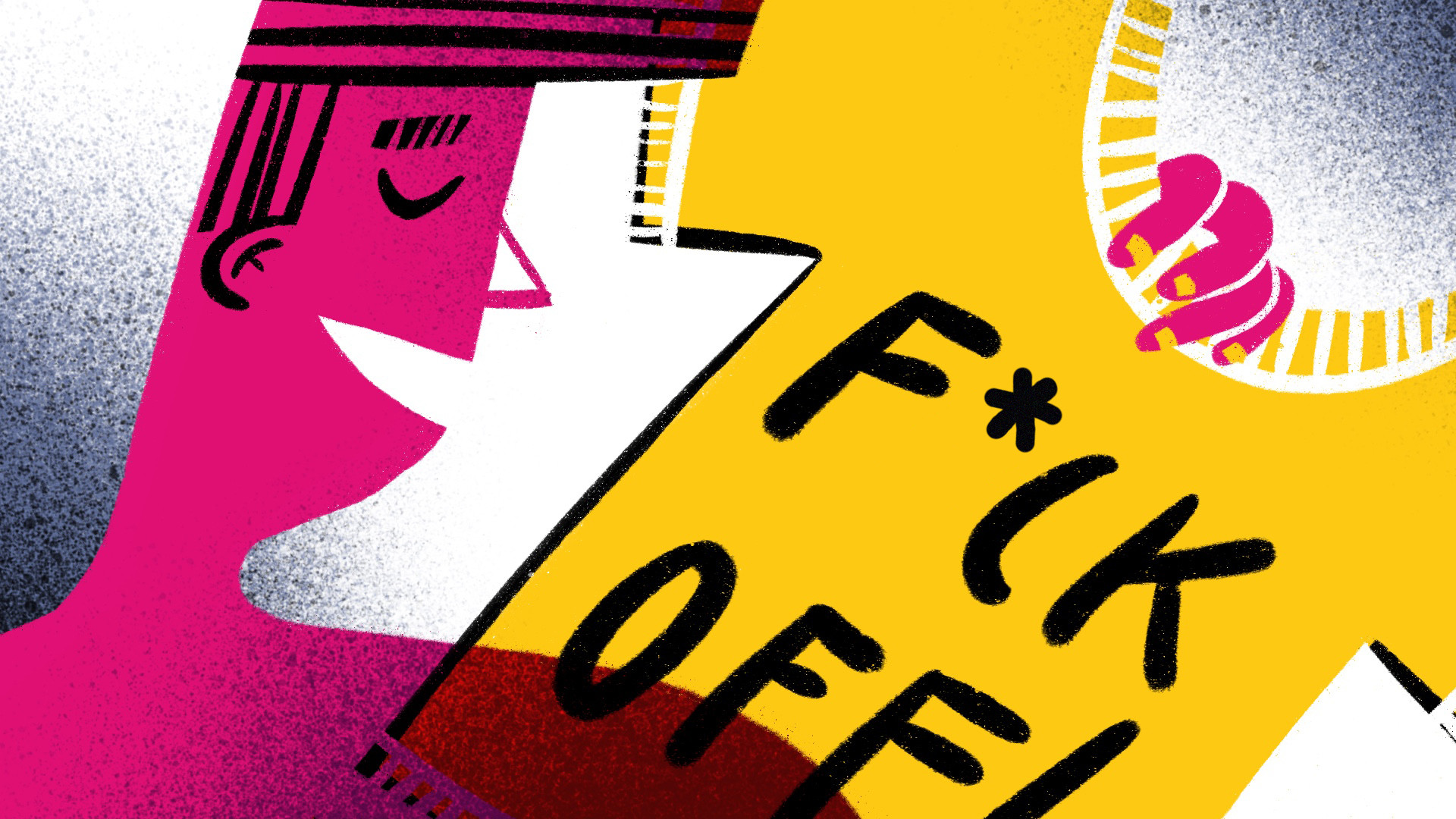 As I have written about in the past, Russians do not like small talk. So, I have set out to create a cheat-sheet of sorts for foreigners to know what Russians might and might not want to talk about: a knife where I had a fork. I asked a number of Russians what they like to talk about, and here is what they had to say:

Getting to know someone – Entertainment!

Many of the Russians I spoke to, especially those living in St. Petersburg, noted that discussing entertainment is a good initial jab into the outer shell, especially if you have plans to visit some local shows; this doubles as an opportunity to spring a friend-date on them.

“I talk about music a lot, and upcoming concerts here in St. Petersburg. With my friends who like to dance, I’ll talk about salsa or the best place to dance this weekend,” said Yulia.

“Russians like to talk about Soviet films and actors of that period of history. Well, in our everyday speech we like to use phrases from: Gentlemen of Fortune (Russian: Джентльмены удачи), The Diamond Arm (Russian: Бриллиантовая рука), Ivan Vasilievich: Back to the Future (Russian: Иван Васильевич меняет профессию), as well as discuss the actors in these films;” said Anastasia. 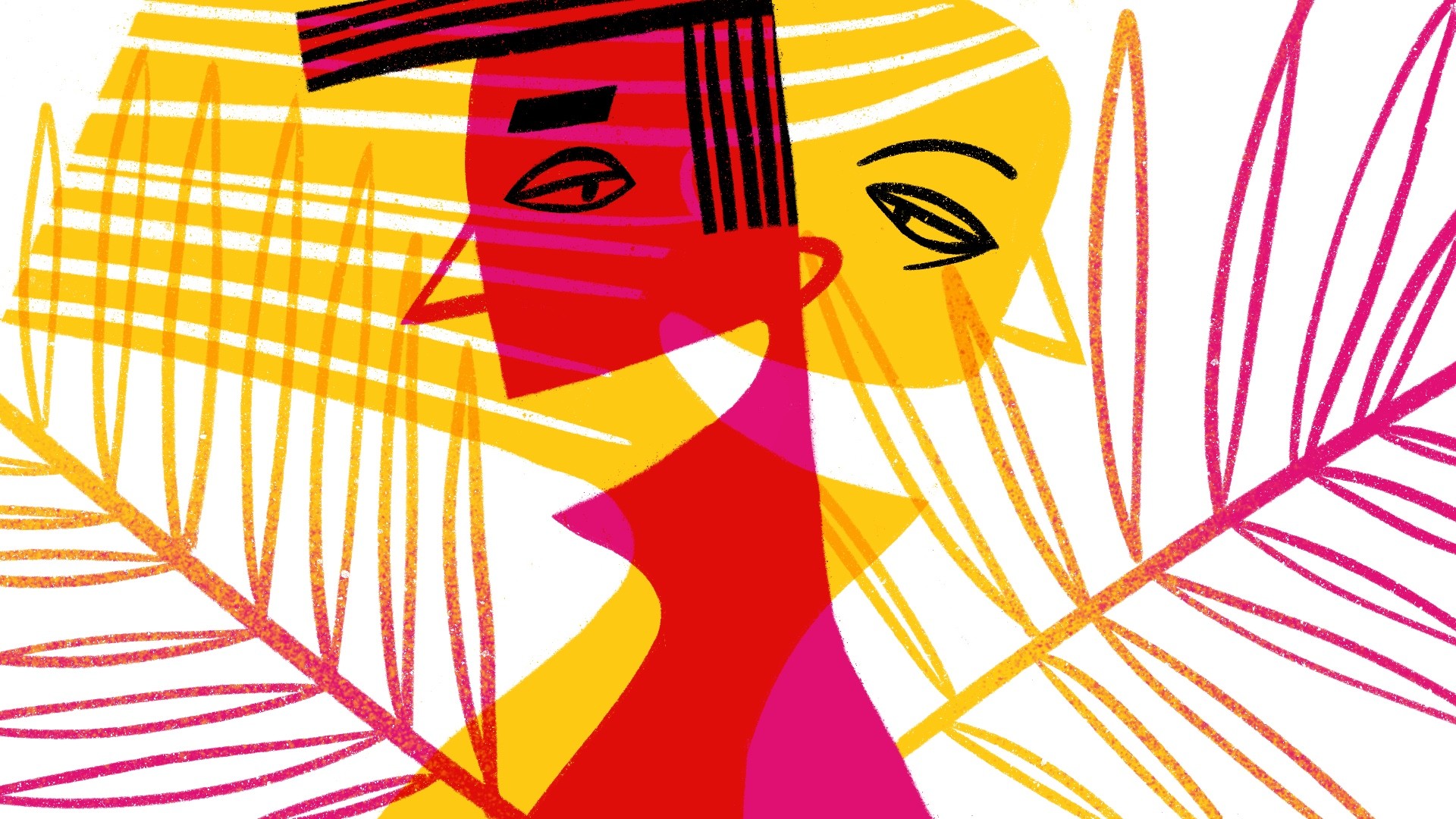 “I think these are the main ways to find common ground, especially among young people: movies and books (both if you are close friends, and if not)” said Daria.

I would call this stage: “Small Talk with a Twist.” Basically, with a bit of effort you can discern a topic of mutual interest with someone you meet. The core lesson here is simply not to go headlong into a conversation about a basic topic for the sake of talking – if you’re in a concert, then talk about music; if at a museum, then talk about art. In America it might be enough to simply say “Hi” and look pretty, but Russians are a bit more interested in going deeper, a bit more…coconut-y.

Arguing about… well, everything

Russians love to argue, but it is vastly different than when people argue in America for one reason: Russians are honest. What I mean by this is that Russians will tell you how it is from their perspective, and do not give a damn about political correctness. If you spend your time arguing with only a high-horse to back you up, then you’ll frustrate a lot of people. If a Russian sees a problem, they don’t think, “Oh no! If I say this, will the person think I am racist or sexist or some other -ist?”

They will just say it.

In America once someone has been labelled a bigot, they’ve lost the argument. In Russia, however, if you think the moral high-ground will save you, then you’ll end up falling a long way down.

Also, when you’re arguing with a coconut you’ll need thicker skin. Getting your feelings hurt won’t fly. If you want to get to know Russians, then you’ll likely end up in an argument – stand your ground, be honest, don’t be sensitive, and you’ll be fast friends even if you disagree. 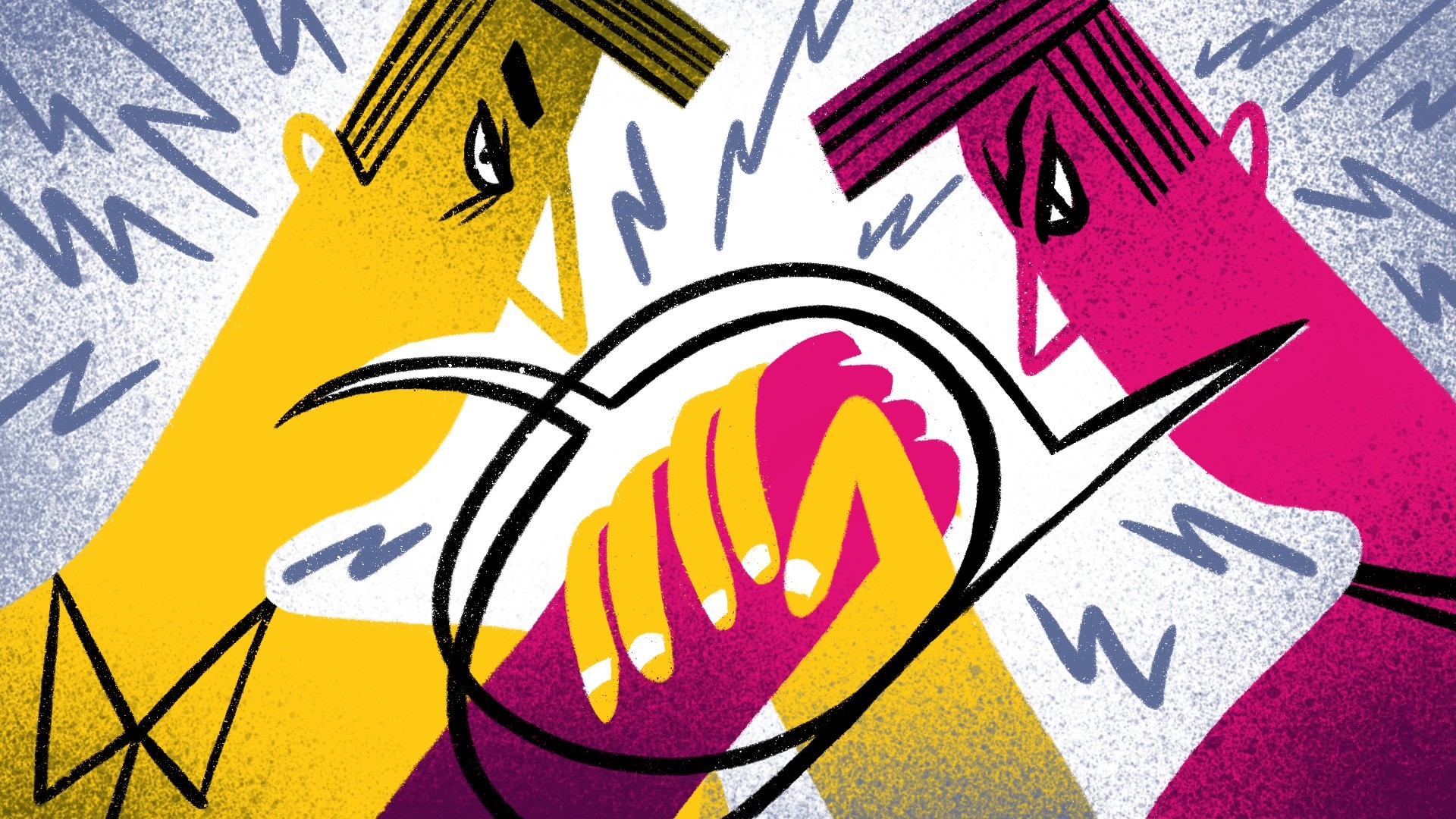 “We argue, of course. If an interlocutor has a different point of view, we try to prove our point. For me, it seems that we have more open discussions in a way that we try speaking honestly even if it could look stupid or weird,” said Daniil.

And in arguing almost every Russian I spoke to brought up politics, and if there is one exception to the rule of becoming better friends through arguing, it’s in politics.

“People around me tend to speak more about politics: how will life here change politically and in terms of the regime, and if it never will, then how to live with it; and if it's not bearable, than what are the other options,” said Egor.

“It’s hilarious that we’re so much into discussing political issues, especially while being drunk,” said Daniel.

“Russians discuss politics: The situation in Syria, Ukraine, the U.S., and of course Russia is a frequent topic. They often blame the U.S. or EU for their problems. This applies mostly to the older generation,” said Unic.

But it’s best to keep these conversations close.

“Politics is quite a dangerous topic for conversation with anyone other than your family or best friends because it may trigger alienation in case the political views radically differ (which is a highly probable scenario),” said Ulia.

And as a foreigner, you might want to avoid them altogether.

“You can notice that Russians discuss the disadvantages of their country very often. But if you’re a foreigner then don’t take part in this conversation; please, just wait it out. If people are asking about your opinion, just say that Russia is a good country. Otherwise, you’re up for a serious fight with your Russian friends. Nobody can criticize Russia except Russians,” said Tzemente.

“Maybe sometimes we try to get into the soul of another person if he/she prevaricates, which could be uncomfortable,” said Daniil. 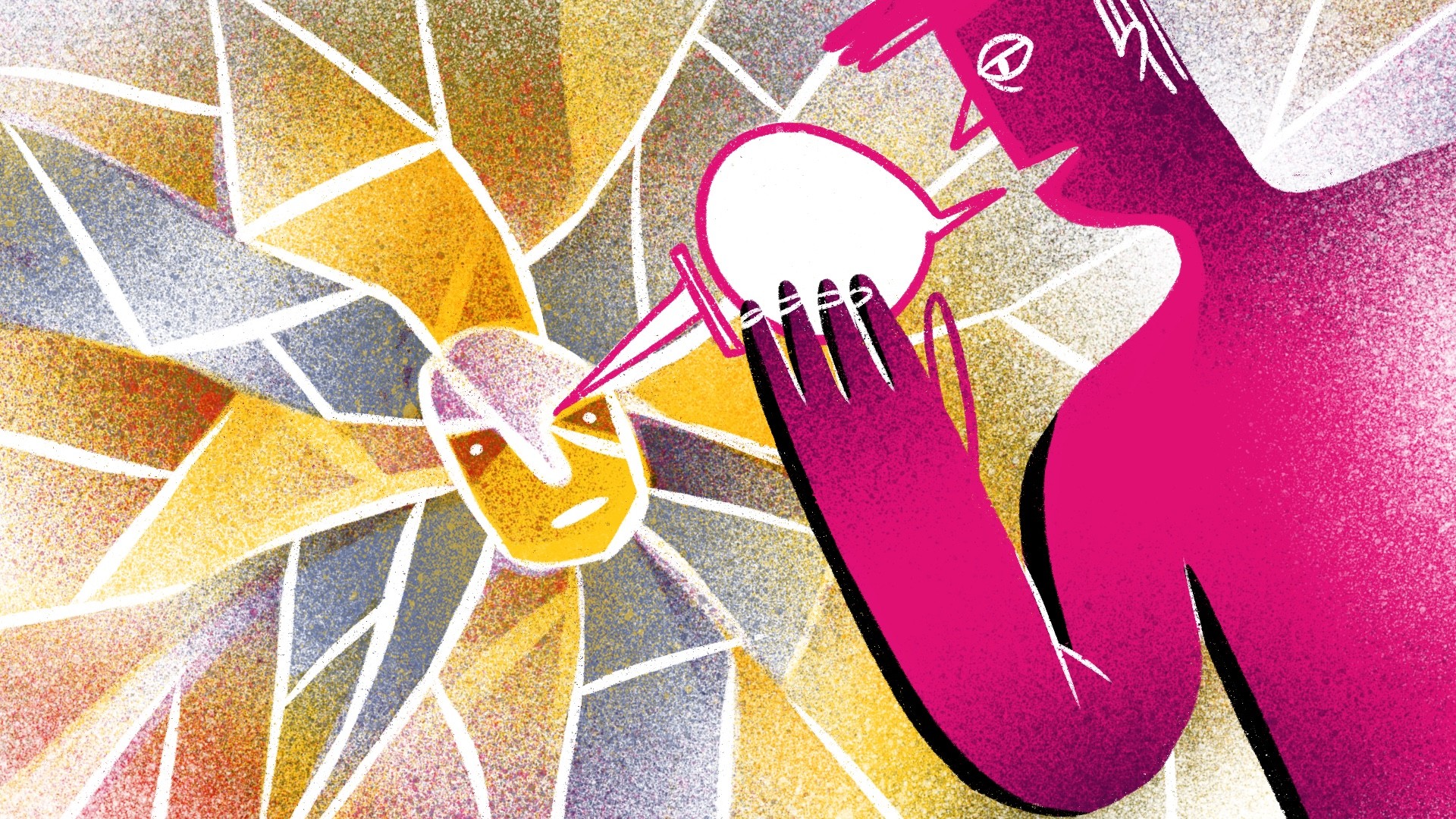 While personal topics might be off the table until you get to know a Russian better, your relationship, sex-life, family problems, etc, philosophizing and exploring world issues in deep smoke-filled kitchen conversations is par for the course. Russians are much better read than Americans (this is a proven fact) as Russia is one of the most well-read countries on earth. So, it’s no surprise if you find yourself roped into deep contemplations on life, the universe, and everything.

Best to roll with it.

While these conversations are a few of the many different ones you’ll have with Russians, as long as you’re polite and honest and don’t try to push them to play flip-cup with you, you’ll make plenty of friends. Just don’t be scared away by initial terseness or the lack of welcoming smiles. And remember, Russians are like coconuts.

Oh, and don’t bring up World War II. (Read more: 8 topics you should not bring up in front of Russians)

Benjamin Davis, an American writer living in Russia, explores a wide range of topics, from the pointless to the profound, through conversations with Russians. Last time he explored if Russian women expect men to pay on a date. If you have something to say or want Benjamin to explore a particular topic, then write us in the comment section below or write us on Facebook!