Russian is way easier than you think! 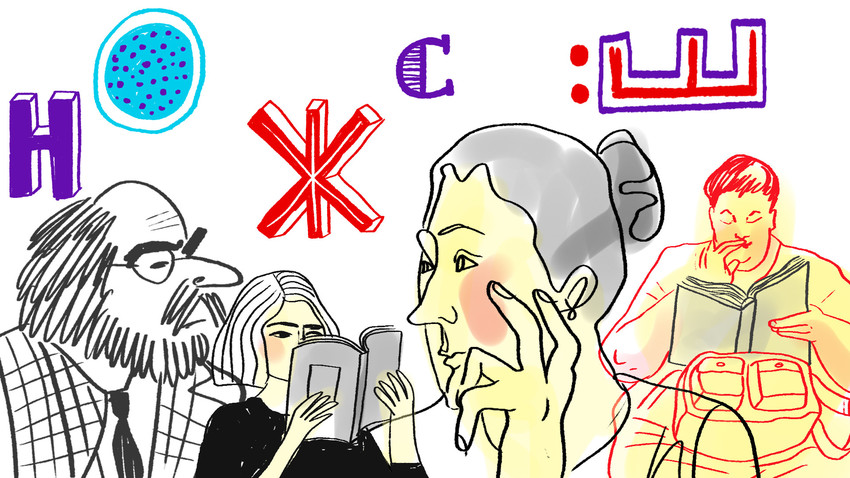 Irina Baranova
The stereotype that Russian is an impossibly hard language comes from Russians themselves who don’t need to learn it and thus don’t really know anything about it. I try to hammer away at this completely inaccurate stereotype in my article below, starting with mysterious boxy letters that make up the Russian alphabet!

Native speakers of any language generally don’t know that much about its grammar. I can’t explain to you how to use the articles (a + the) in English but I can tell you that I use them absolutely correctly every day of my life. So, are articles a hard thing for foreigners in English? I have no idea, because I am a native speaker of the language.

Russian is no exception to this tendency. If you ask the average Russian a grammatical question, their response will be “Chivo?” (“Wha...?”), because they don’t have to think about what genders words are or how those words decline. However, despite native speakers not knowing the rules of their own language very well, Russians are absolutely sure their language is very hard - and this is a very bad thing. 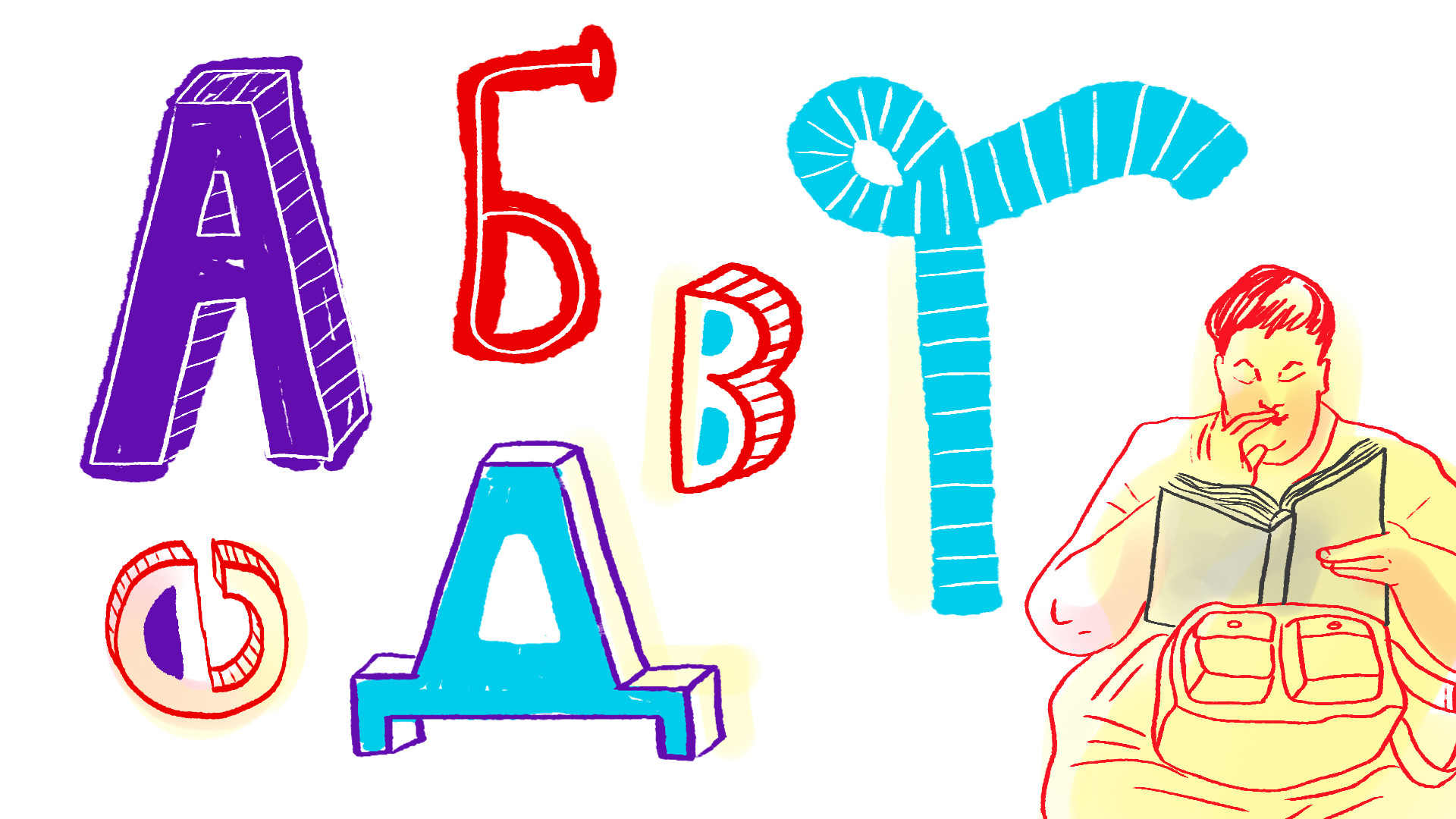 As a foreigner in Russia, I have had to tolerate hundreds of lectures by Russians, who are convinced, based on hearsay, that “Russian is the hardest language” and that, somehow, this is an awful thing. Russian pessimism is a stereotype for a reason. The Chinese, on the other hand, see their language as difficult too, but they believe that as a good thing. “Our language requires more brain power and talent than yours, Laowai!”

According to the Foreign Service Institute, for native speakers of English, Russian is in difficulty level 4 or 5 (with many other languages). You can tell this fact to Russians, but they will never believe you, because they’ve been told their whole lives that their language is impossible to learn, despite hundreds of different ethnicities across the former USSR learning it and speaking it. Also, the fact that any Westerner who is here in Moscow for the long term speaks it very well is not nearly enough evidence to break Russians’ masochistic attitude to their language. Sorry Russians, in this series I will prove that your language is simply not that hard, especially with a phonetic alphabet designed specifically for it!

1) Russian spelling is beyond easy thanks to the alphabet 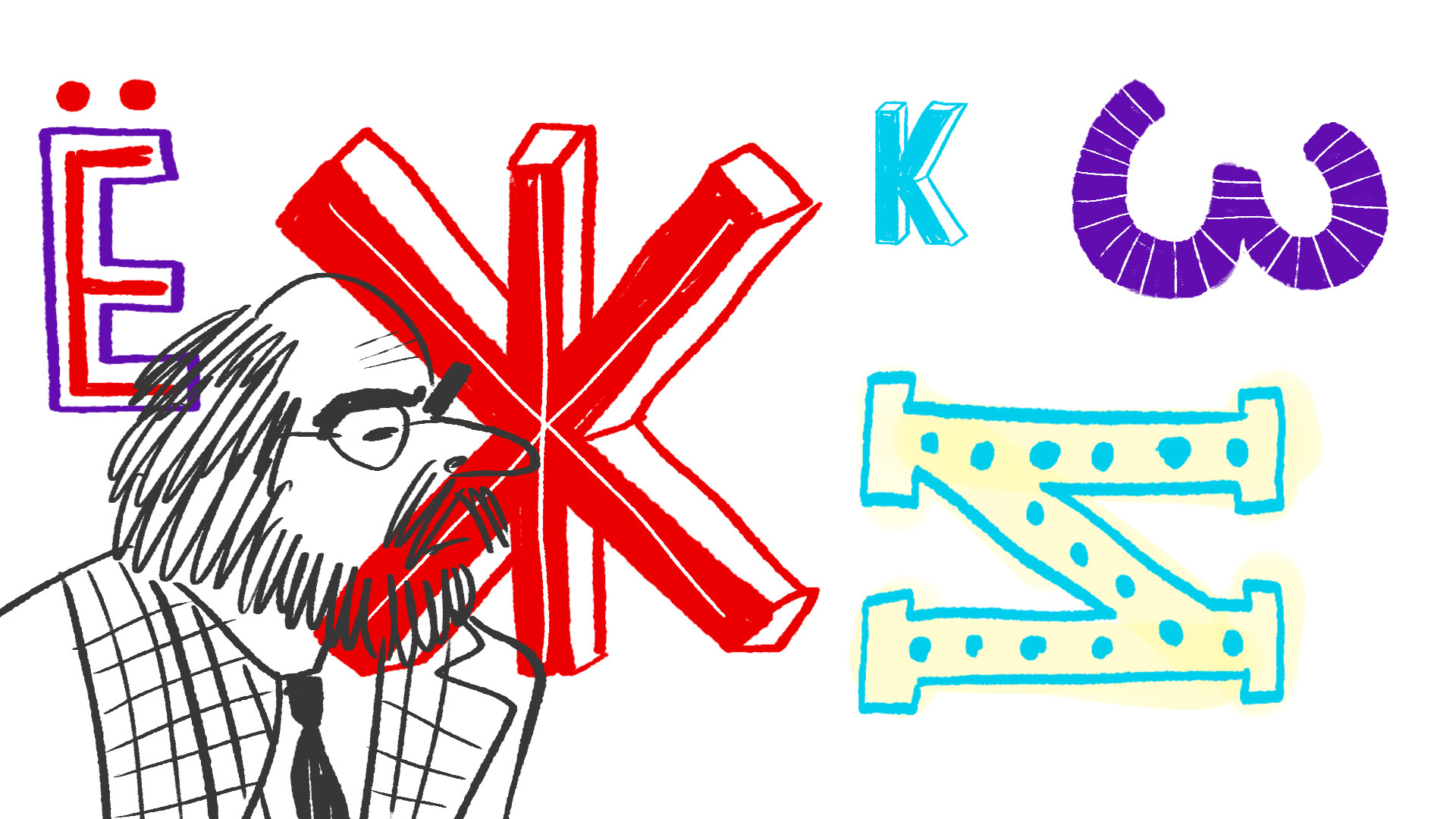 Imagine if English had its own custom alphabet suited to it, with every letter making only ONE SOUND. Imagine if in English, regardless of where a letter comes from, there was a single logic of pronunciation. Wouldn’t that be much easier, than the nightmarish ‘system’ of spelling and pronunciation we use now?

In the English-speaking world, taking a pause to ponder how a rarely used word is spelled or not being able to write something, because you’ve “never seen it written before”, is normal, but in Russia, this never happens. Adults in Russia are expected to write with zero spelling errors, because spelling is so damn easy when you use Cyrillic! Each of the letters make one clear sound - not like in English where, even when used in the same word multiple times, the letter “A” can make all sorts of sounds, like in the words “Amanda” or “Antarctica”.

2) You know half the Russian alphabet already 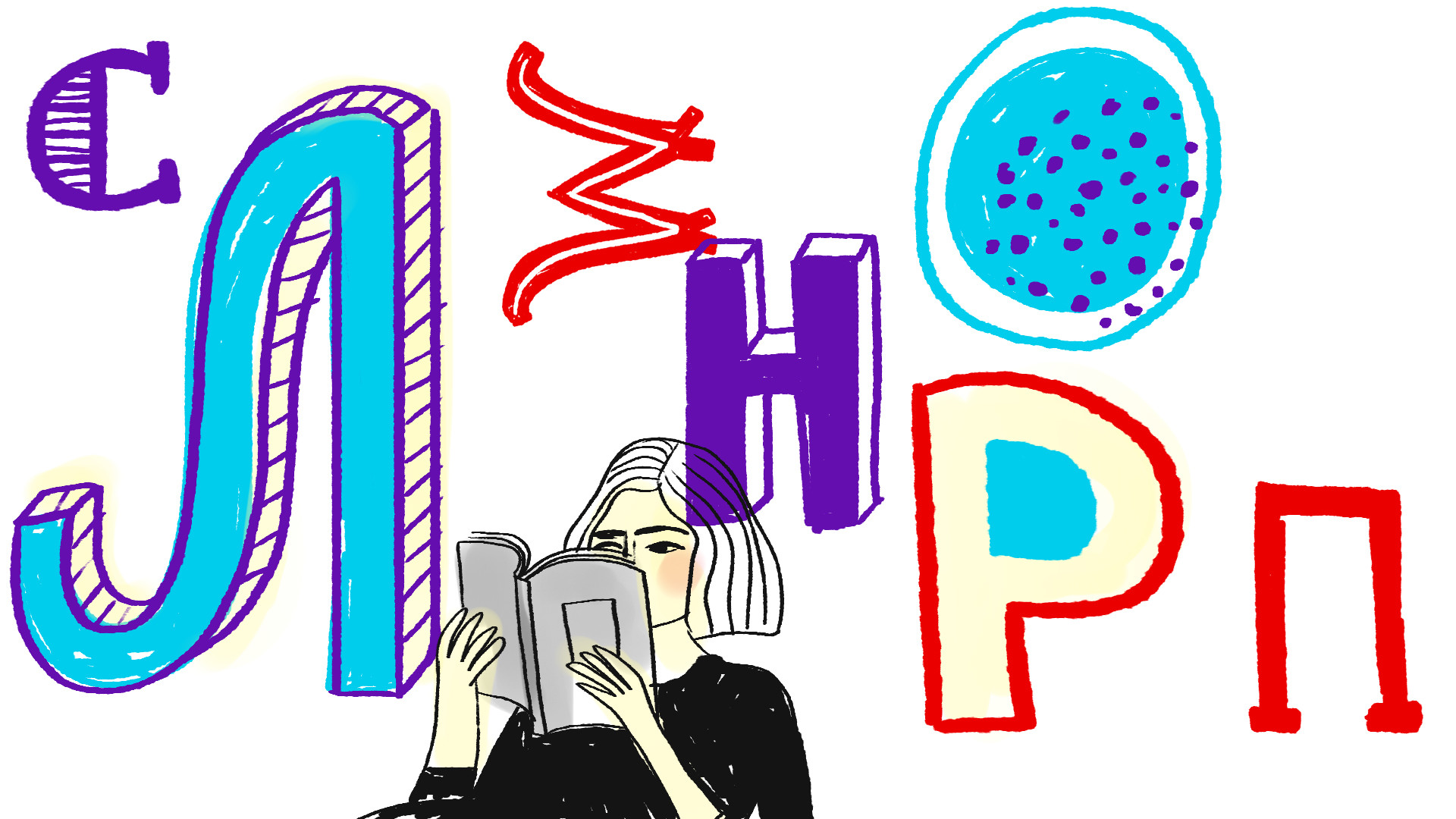 On the very first day of taking a Russian course your teacher will tell you that the letters “ATOM K” are the same in Russian as they are in English. That’s a nice start, but there are many other letters which you should be familiar with as an adult in an English-speaking country.

Remember using Greek letters like Pi (π) and Delta (Δ) in math class? Funny how the Russian ‘P’ and ‘D’ look almost the same (П, Д). Other Greek letters that you often see on frat house signs (or the shields of Spartans) like Lambda (λ) Gamma (Γ) and Phi (Φ) are also the same in Russian. (Л, Г, Ф).

So even before you crack open that Russian language book for the first time, thanks to some overlay between Latin and Cyrillic and the mathematical use of Greek, you already know many of the 33 Russian letters. Furthermore, these shared letters are some of the most commonly used that only get you one point per tile when playing Scrabble, i.e. they are the most useful letters to know. 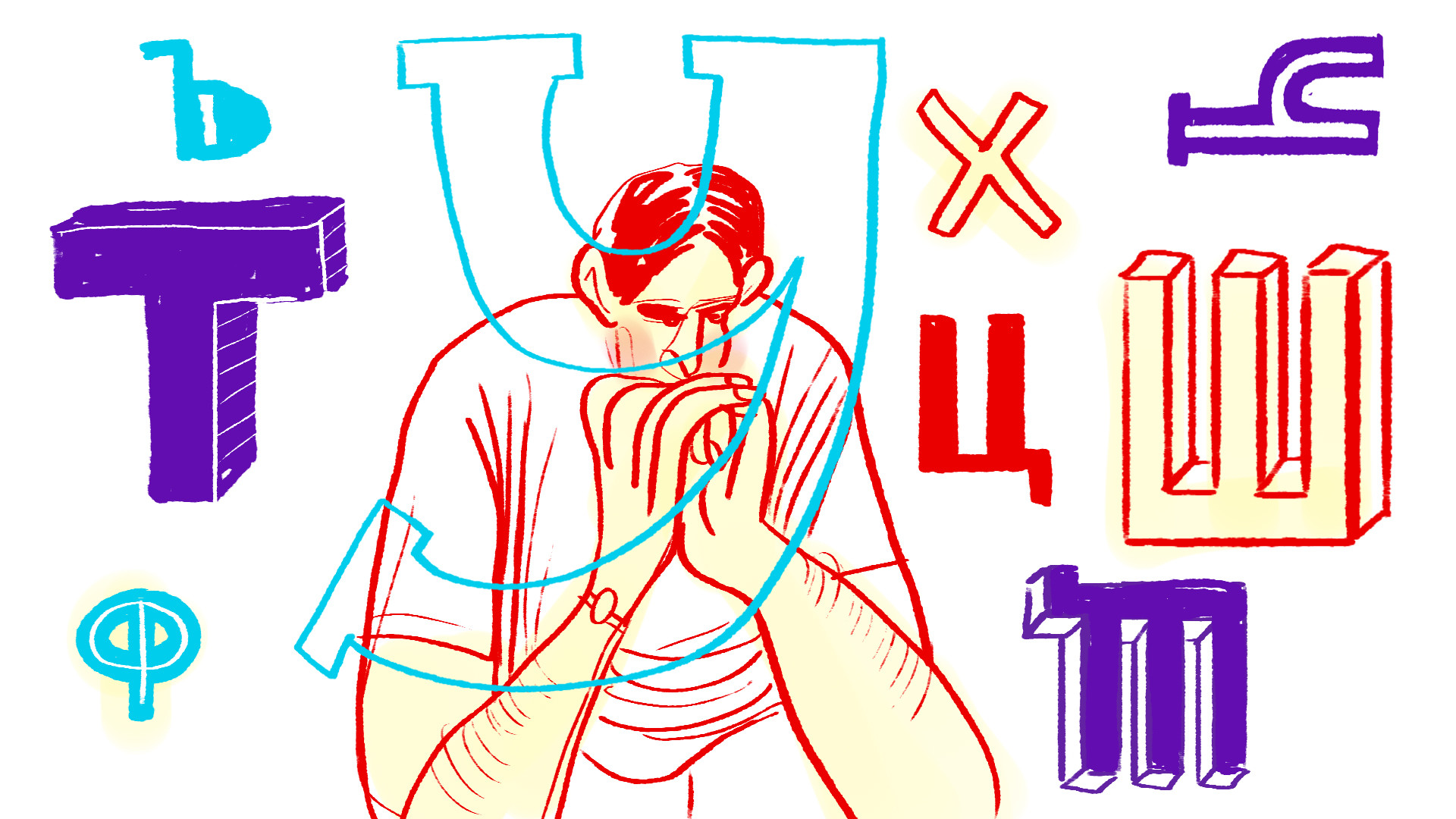 I know I have touched upon this topic already, but this is not Chinese with thousands of symbols or Arabic where letters change their look depending on word position. Russian has 33 symbols and that is it, why does everyone think this is so hard?

Most foreigners (whom I have met) who learn Russian after 1 week of classes have the Cyrillic alphabet mostly memorized. 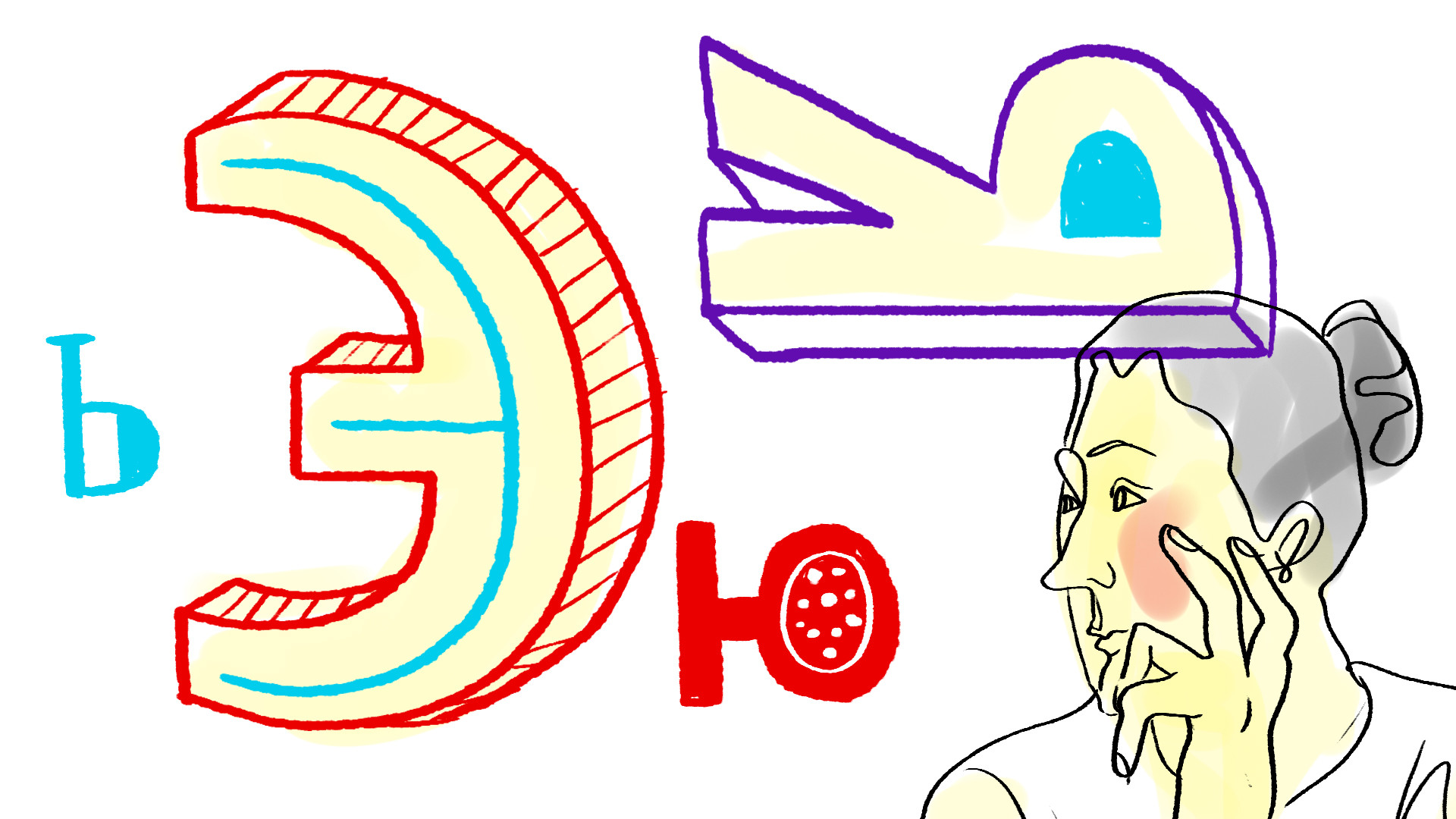 When I served in the U.S. Peace Corps in Kazakhstan, some of us were pumped to learn Kazakh and/or Russian like me, some didn’t care at all, but literally everyone was able to read the alphabet after a few months. So even if you are totally disinterested, just being exposed to super simple Cyrillic allows you to magically absorb it subconsciously. I have a strong feeling this passive method may not work for Japanese!

In short, don’t let Russians tell you about their language, because they have no idea what they are talking about; oh, and don’t let unusual boxy letters scare you. There aren’t many of them and they’re easy to learn. Cyrillic is logical, simple (arguably the simplest script on Earth) and even people who don’t want to learn Russian pick it up eventually. Don’t let irrational fears keep you from learning Russian. There are some things that are hard for native speakers of English, but the Russian alphabet IS NOT ONE OF THEM!