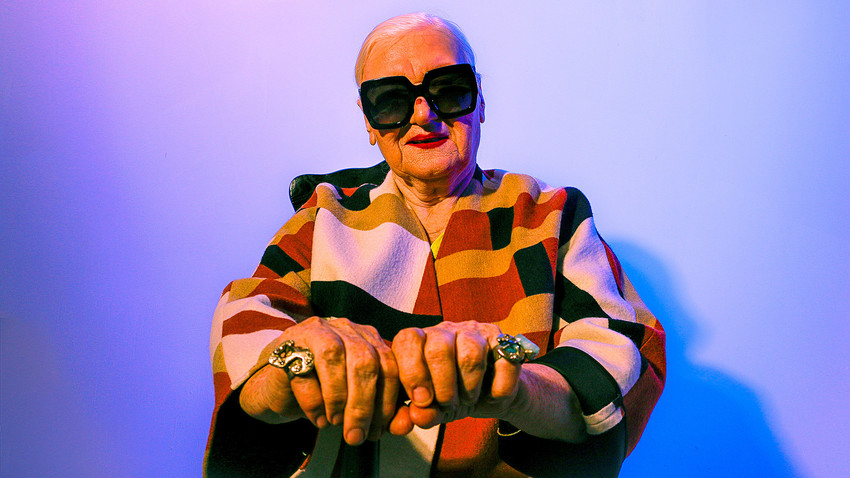 20 Again
With growing life expectancy, elderly people across the globe are learning how to stay active and curious, even if their body doesn’t function like it used to. An Instagram blog is drawing attention to the problem of the ‘third age’ in Russia

The idea came to Roman Zaripov in Las Vegas when he was sitting behind a poker table after losing another round to a lively group of 70-something American gamblers. But they weren’t gambling as if it was their last days on Earth. Quite the opposite.

When he returned to Moscow, Roman, who is an entrepreneur, decided to seek out elderly people who continue to improve themselves, choosing an active life even at a lengthy age. This issue is acute in Russia, where many lonely pensioners have children who rarely see them. With much time on their hands and a narrow circle of friends, they’re largely left to themselves. 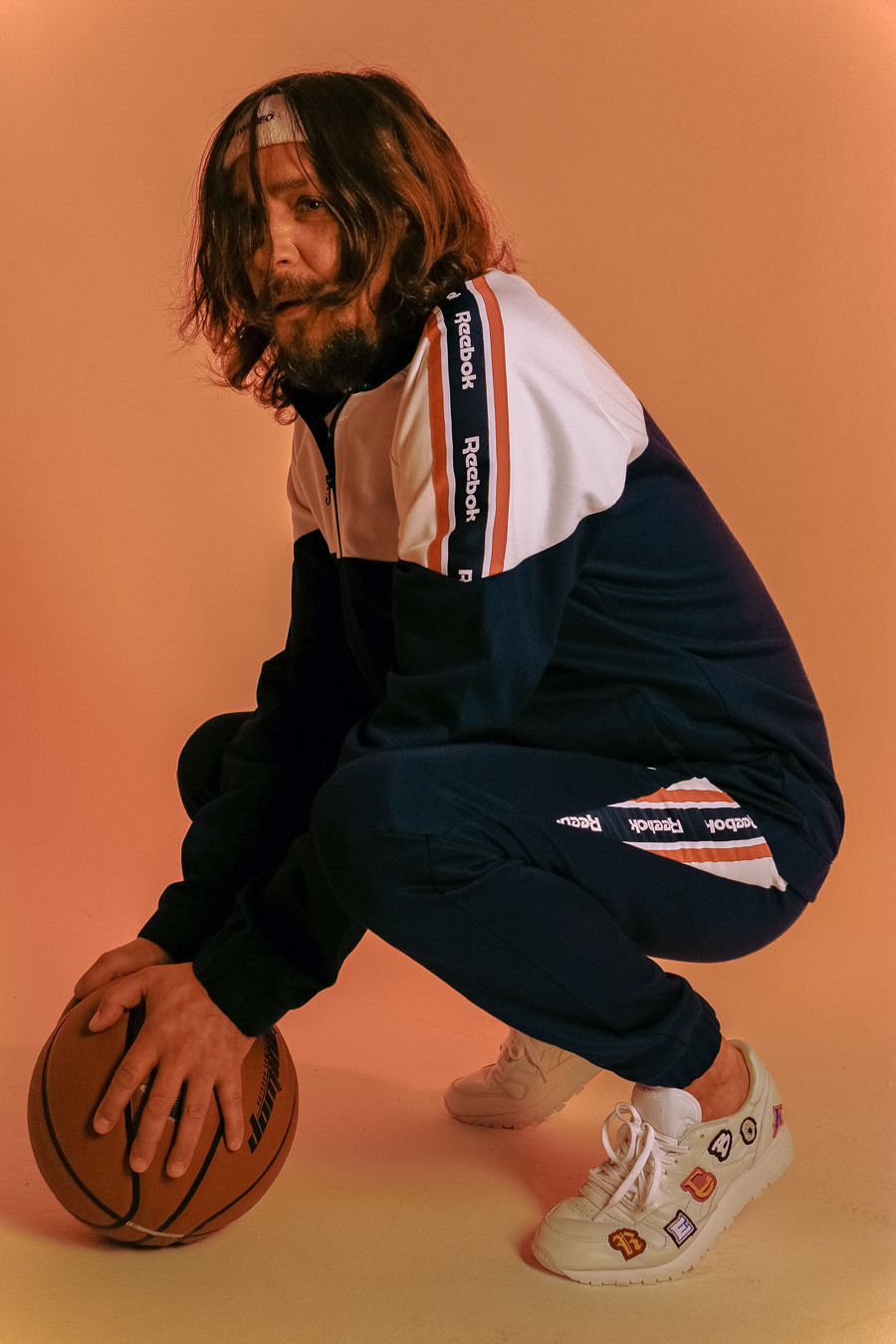 “I was inspired by my own grandparents,” said Roman in an interview. “My mother’s parents both retired about five years ago, and it seems they’re leading a life more active than mine! Granddad goes fishing, plays sports, and at 76 he does more push-ups than I can. Granny works part-time as a tutor, does Nordic walking, and they’re both active on social media; I even gave them an iPad for Christmas.”

It wasn’t easy to find seniors who wanted to be part of “20 Again” – the name of  Roman’s photo blog. “We started in summer 2017,” he said. “For several months, we looked for our senior heroes, negotiating with charities, organizing the photo shoots and interviews. Finally in winter the project took off – in eight weeks we published 20 stories complete with photos.” The project is supported by “Sofia” (link in Russian), a Moscow-based charity for the elderly. 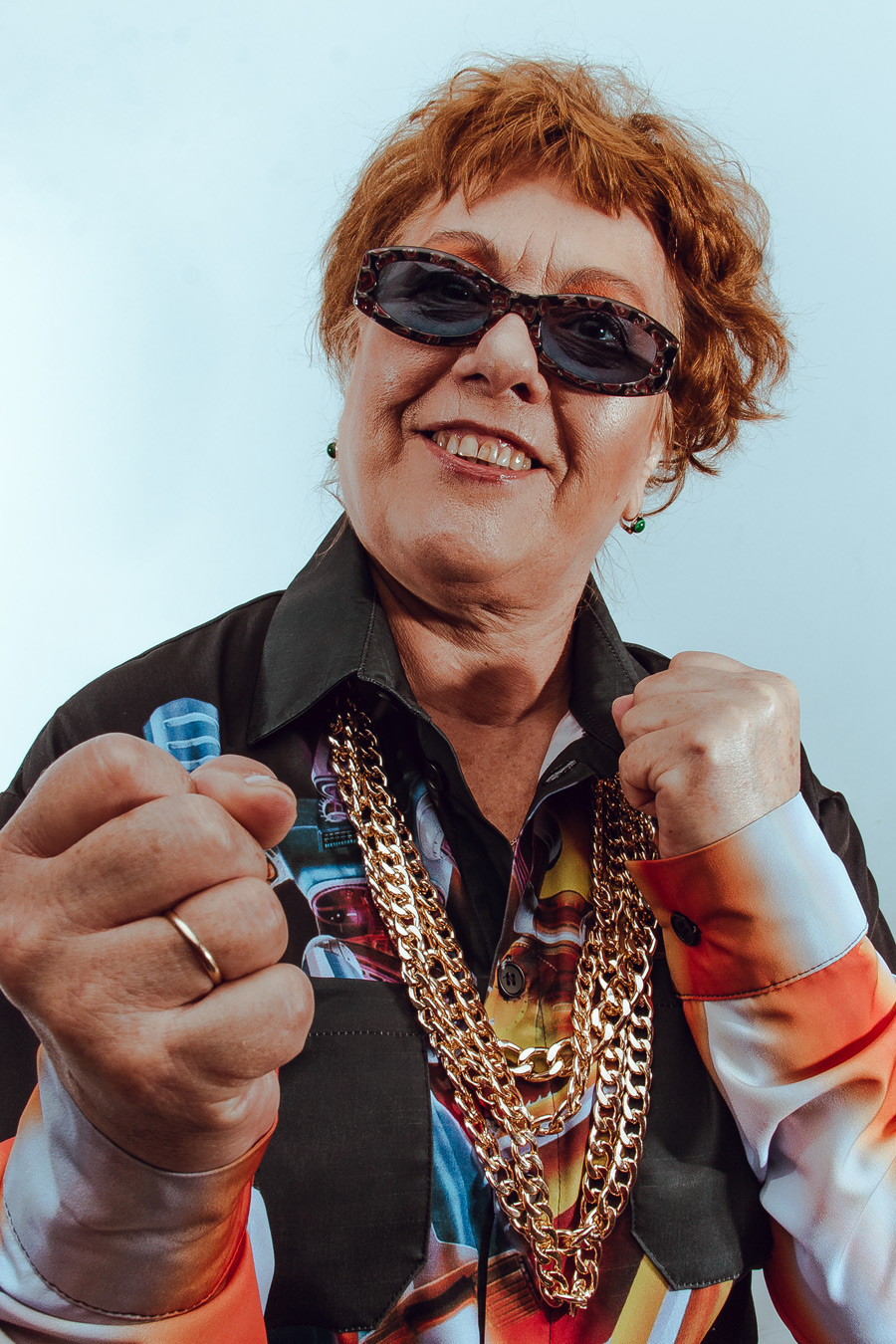 “Taking part in a photo shoot or an interview can hardly change the life of a pensioner,” Roman said. “It was more about giving the seniors the feeling of support, and of course, having a good time with these fascinating people!”

The project has enjoyed considerable public interest in Russia, and media reports and posts by a few dozen famous bloggers helped “Sofia” raise more funds. Perhaps most important, “20 Again” helped to boost awareness of one of Russia’s most acute social problems – life after 60.

‘You got to do something’ 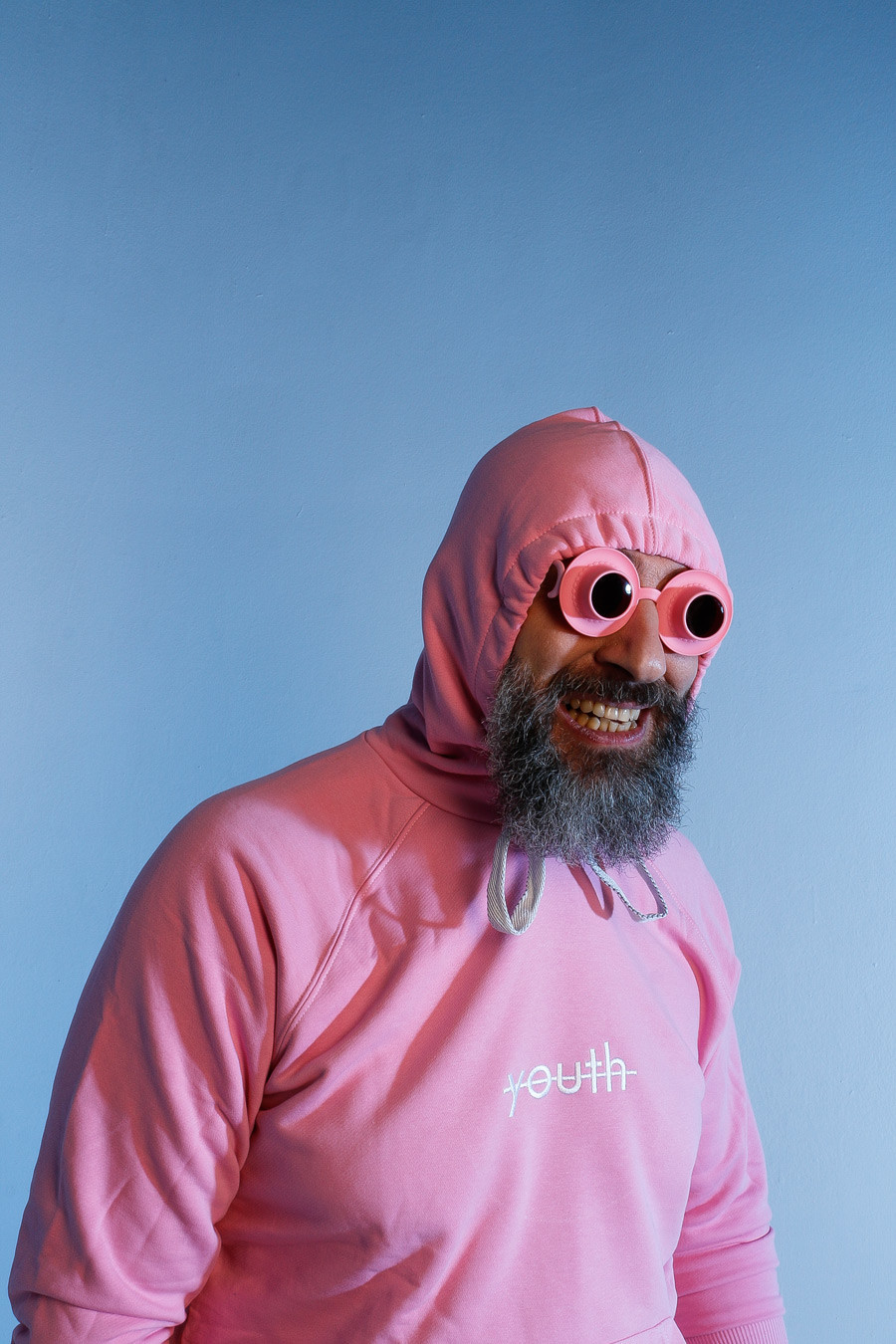 “My father’s dad worked in a coal mine all his life, and my paternal granny was a doctor,” Roman continued. “They both retired early because it’s usual for their profession, but they didn’t stop working; they opened a fodder production company, as well as shops all over the Chelyabinsk Region [1,000 miles southeast of Moscow, and approximately the size of Portugal.]”

Work is the meaning of life for many Russian pensioners, who internalized this notion that was propagated by the Soviet state. For many, resting means doing nothing, and doing nothing is not good. 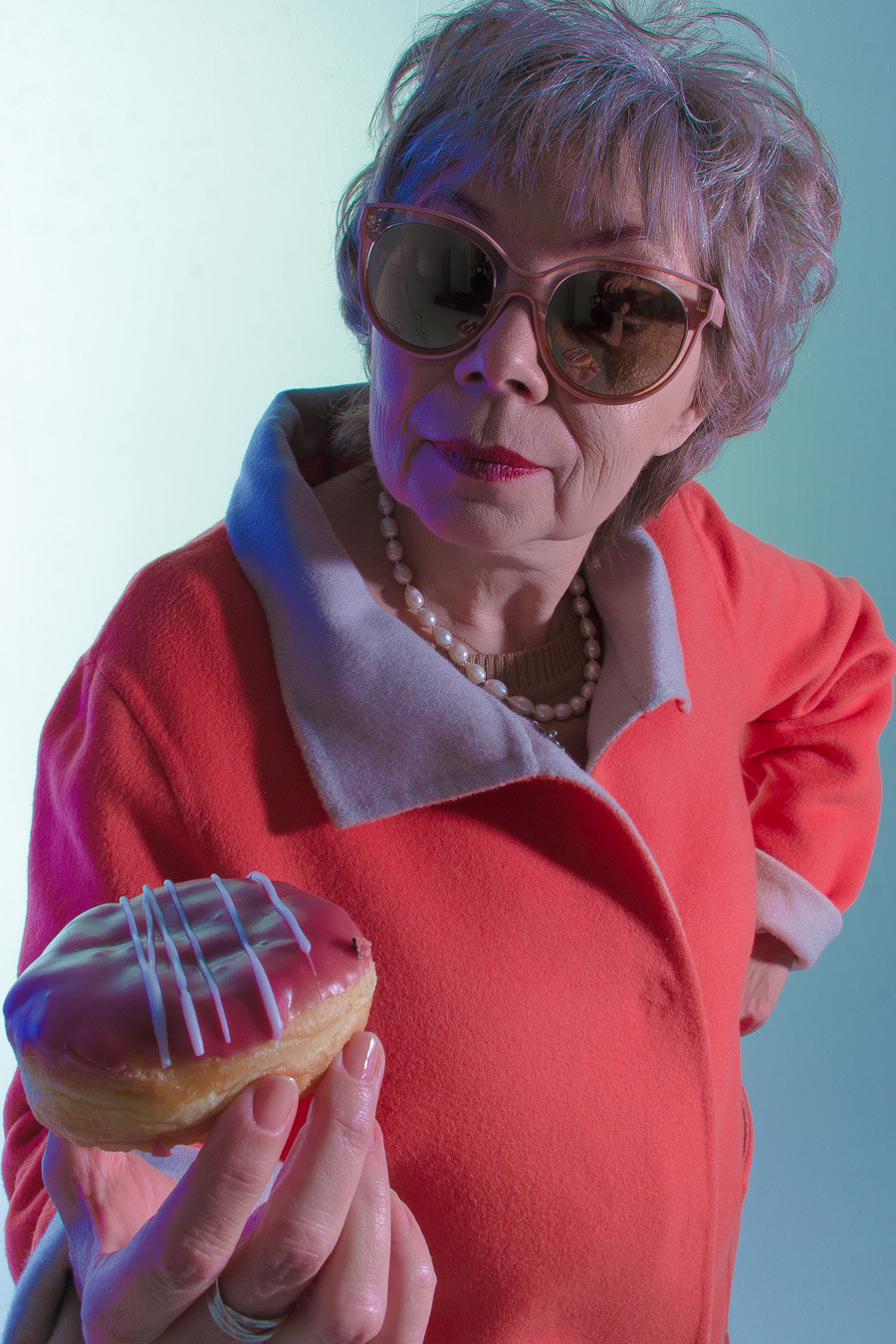 “I have many elderly female friends, younger than me, who do almost nothing. They just sit at home, complain and are getting worse,” said Raisa, 87, a retired civil servant from Moscow.

“I also have issues – my legs often fail me, my blood pressure sinks at times, but I can’t just sit around. Being active keeps me going. So I knit, clean the flat, go shopping, supervise the maintenance guys who fix my plumbing and washing machine, and I browse Facebook. You got to do something,” added Raisa.

Is ‘third age’ a problem? 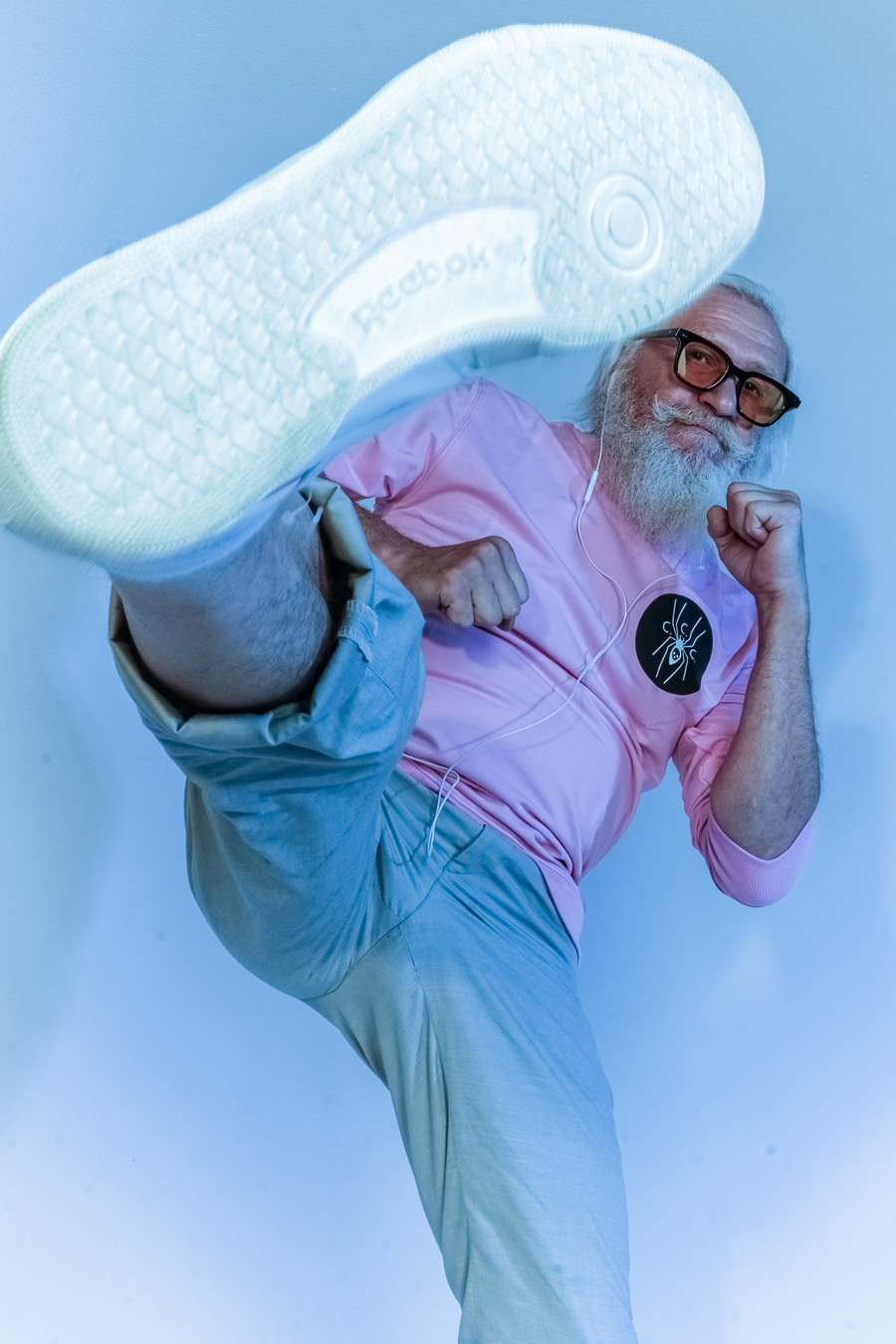 “I’m glad that Russians now treat retired people better than in Soviet times. The progress is more visible in Moscow [than in other regions],” Zaripov says. “Retirement is no longer an age of illness and loneliness. The Western term ‘third age’ is used more often. After people retire they don’t exit society; they move to the next stage, living an active life, with more time for new opportunities. I hope this will increase, and not only in big cities. Public spaces, cultural foundations and clubs for pensioners – we must develop these.”

In Moscow and St. Petersburg social care is much better staffed, and people have the money and a greater willingness to give to charity. Most Russians, however, don’t yet understand the notion of ‘third age.’ The government is late to acknowledge this issue, and people over 60 are still treated like seniors who should only retire. In addition, employers tend to resent “overly-aged” people, which is quite unfortunate. 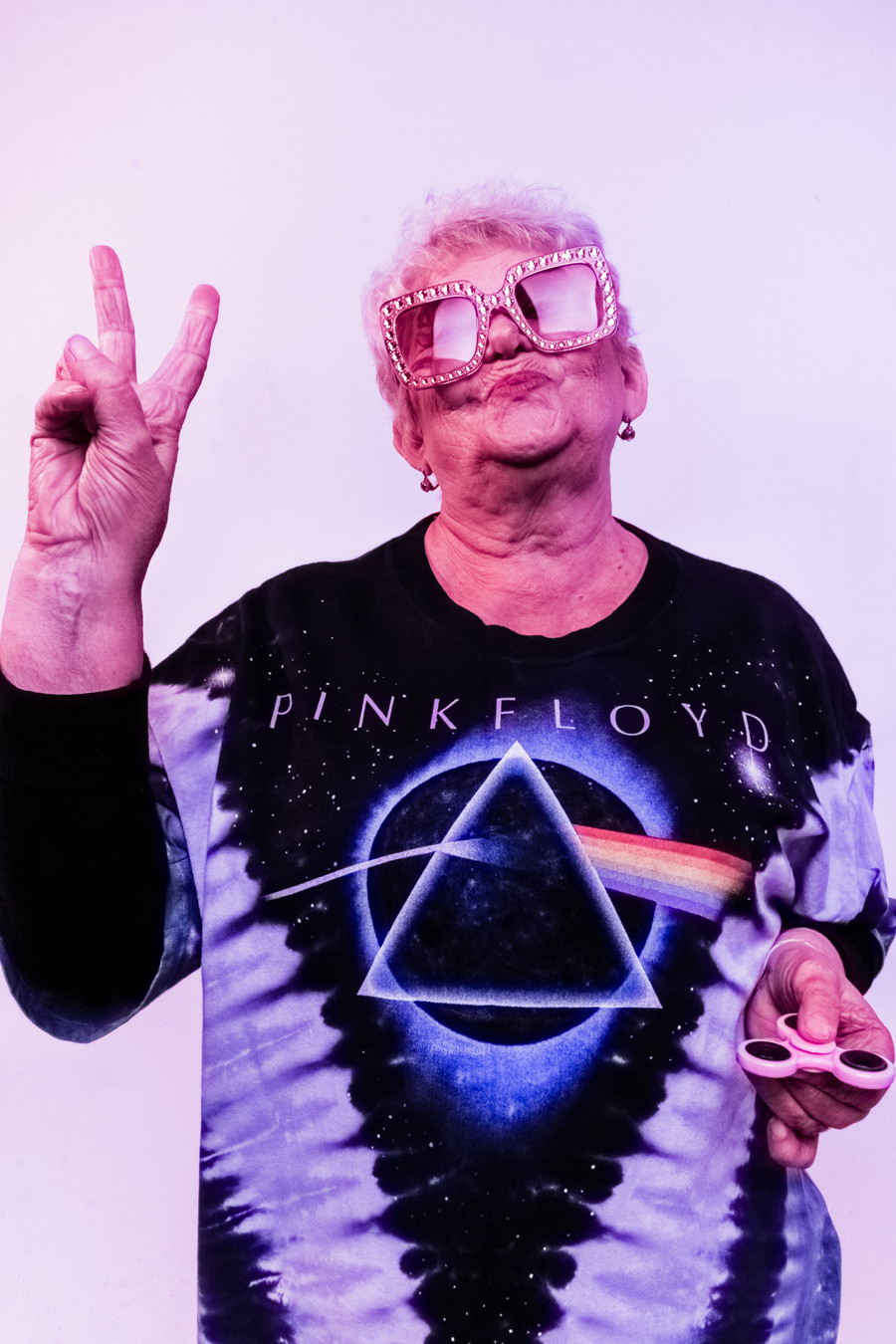 Will things evolve and get better? Hardly. But concerned citizens are taking matters into their own hands. During the last 10 years, many private charities are supporting senior citizens. “We often tour medieval churches and monasteries in and around Moscow, trips that are organized by the charity, Sofia,” remarked Lidia, 78, a Moscow resident.

Local authorities are also giving priority to work with senior citizens. “They play a certain role in our life – they call the landline, offering tours, lectures and activities,” Lidia said. “I’m also in an army veterans organization; for 40 years I was employed at the workers’ union at a military production facility. There are guided tours for military vets, and our branch is given five tickets. Together with my fellow vets we take turns going on these tours.” 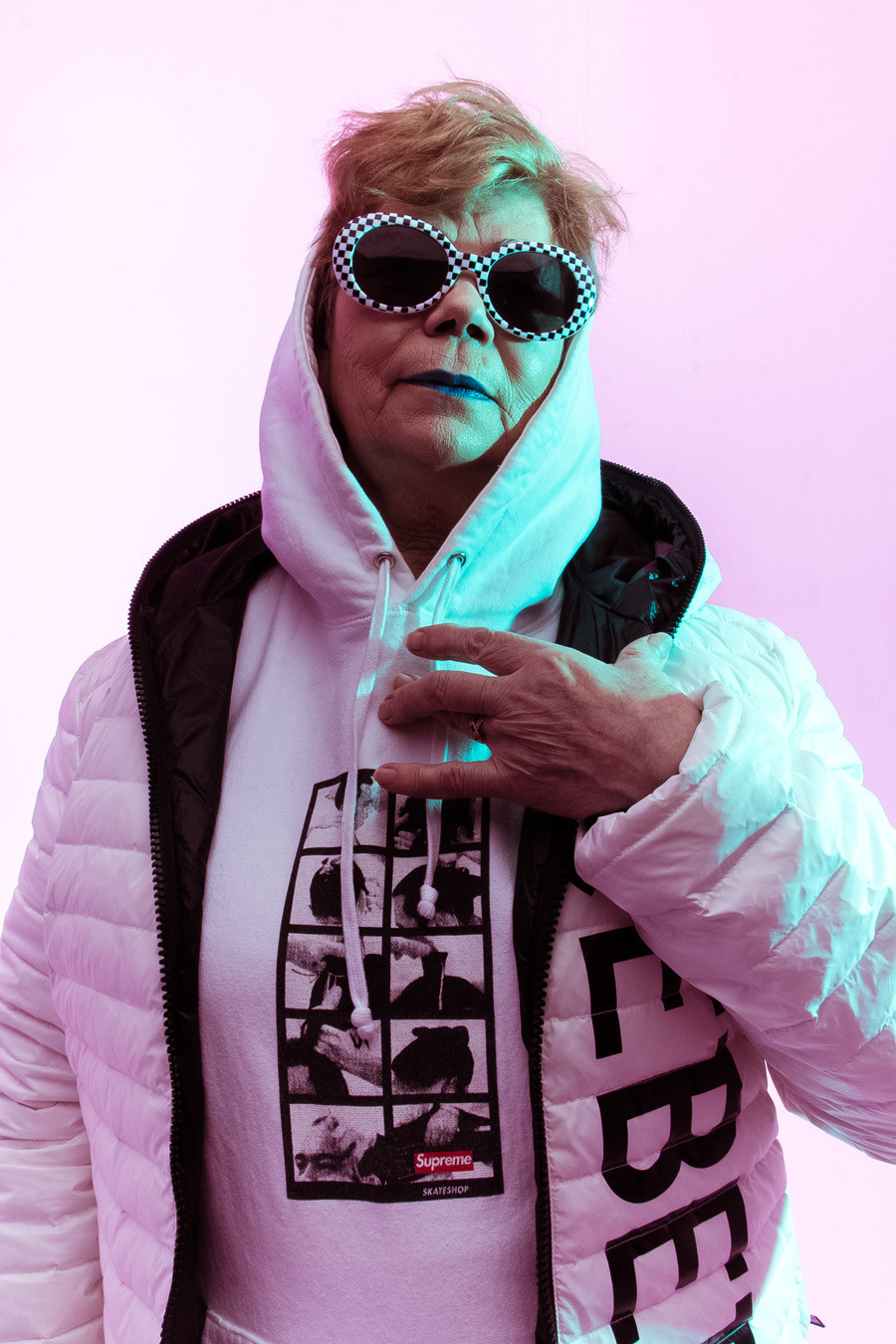 Not all unions are ready to help retired workers. Valentina, 79, has worked as a nurse for 50 years, but now she can get better medical care using her former ties in the industry. “Medicine is very expensive, and my pension is only 17,000 rubles ($270); also, food is not cheap. It’s a hard time for us seniors,” Valentina said nonchalantly.

Those interviewed are unanimous about one thing – it’s up to every person to determine their fate. “I’ve been an optimist all my life,” Valentina said. “Even now, I’m often not well, but as soon as I get a little better, I’m flying! I call my friends and convince them to go to the theater, movies, or just for a walk and a cup of tea. Also, I’m a devoted Christian and every Sunday I go to church and help during services, cleaning… These chores are very important because I’m not just a person, but a part of the parish.” 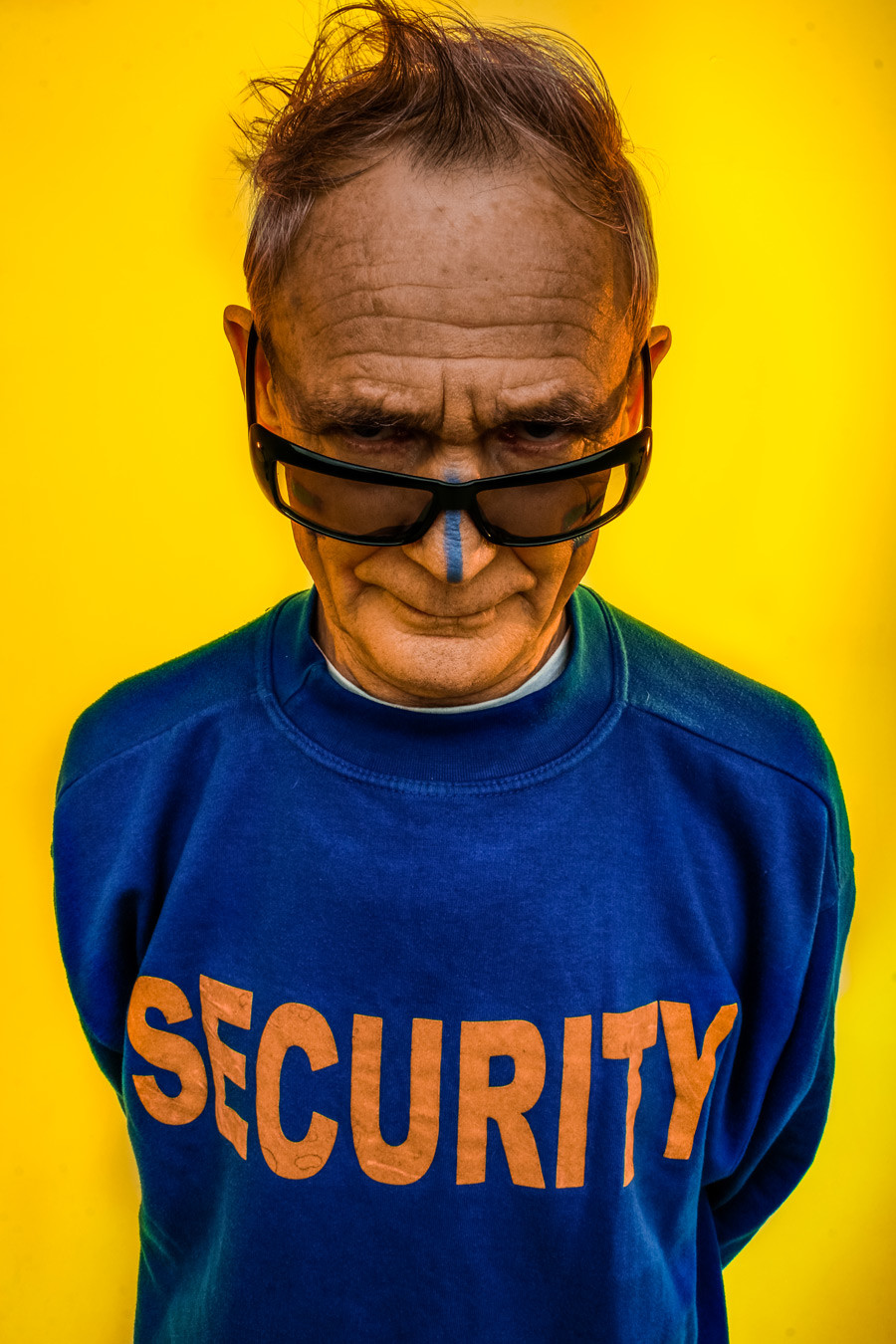 “I want to lead an active life no matter what,” Lidia said. “When I won’t be able to walk or travel anywhere, I’ll still watch TV, read and listen, just to be up to date”.

“How parents raised their children is often the key,” Valentina said. “My sister and I were raised alone by our mother because our dad died in the war. I started working at an early age, as did my sister. As a nurse, I worked with tuberculosis and cancer patients. I saved some, while others died in my presence. I was fortified by hardship and never sat idle – my conscience doesn’t allow me to.” 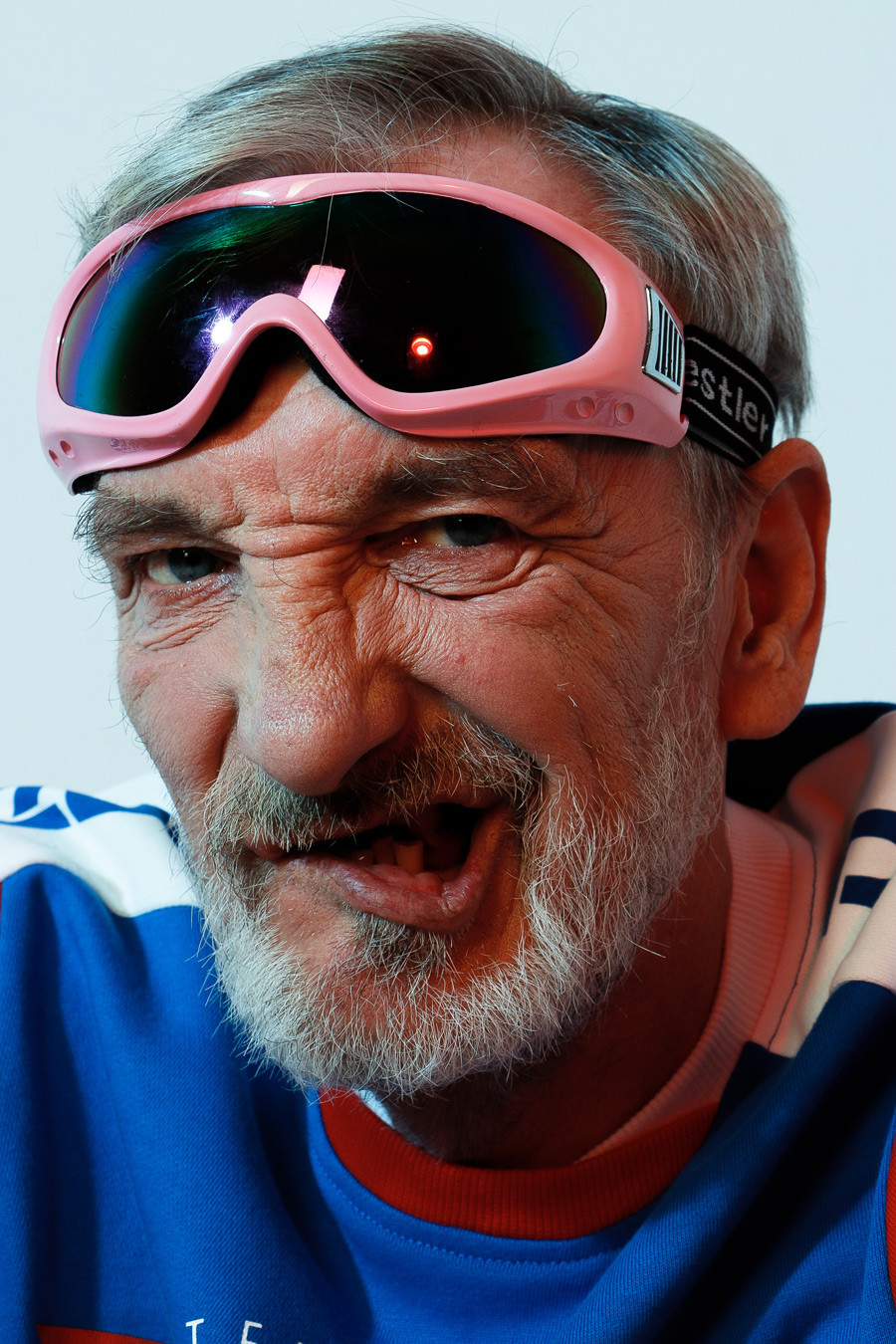 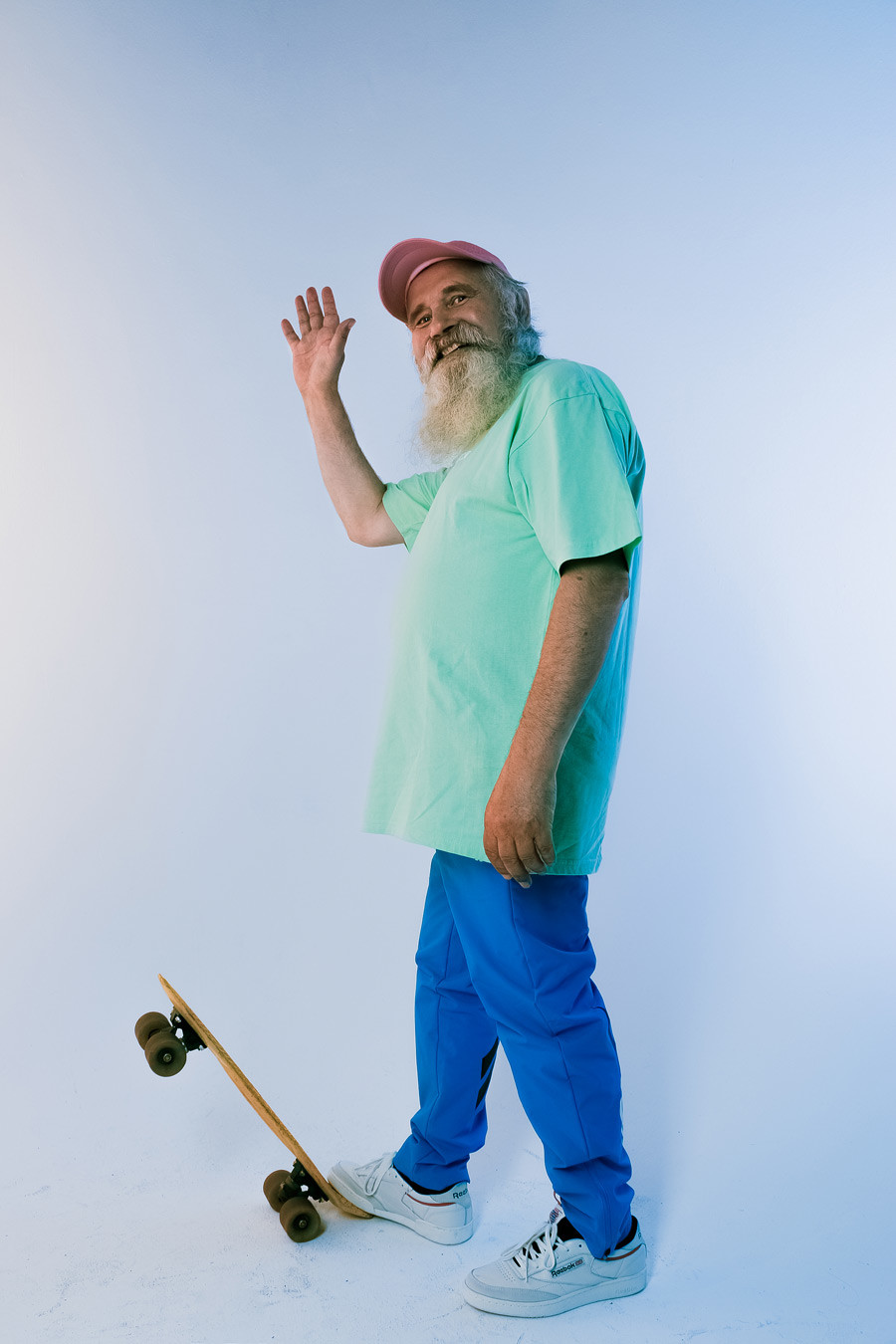 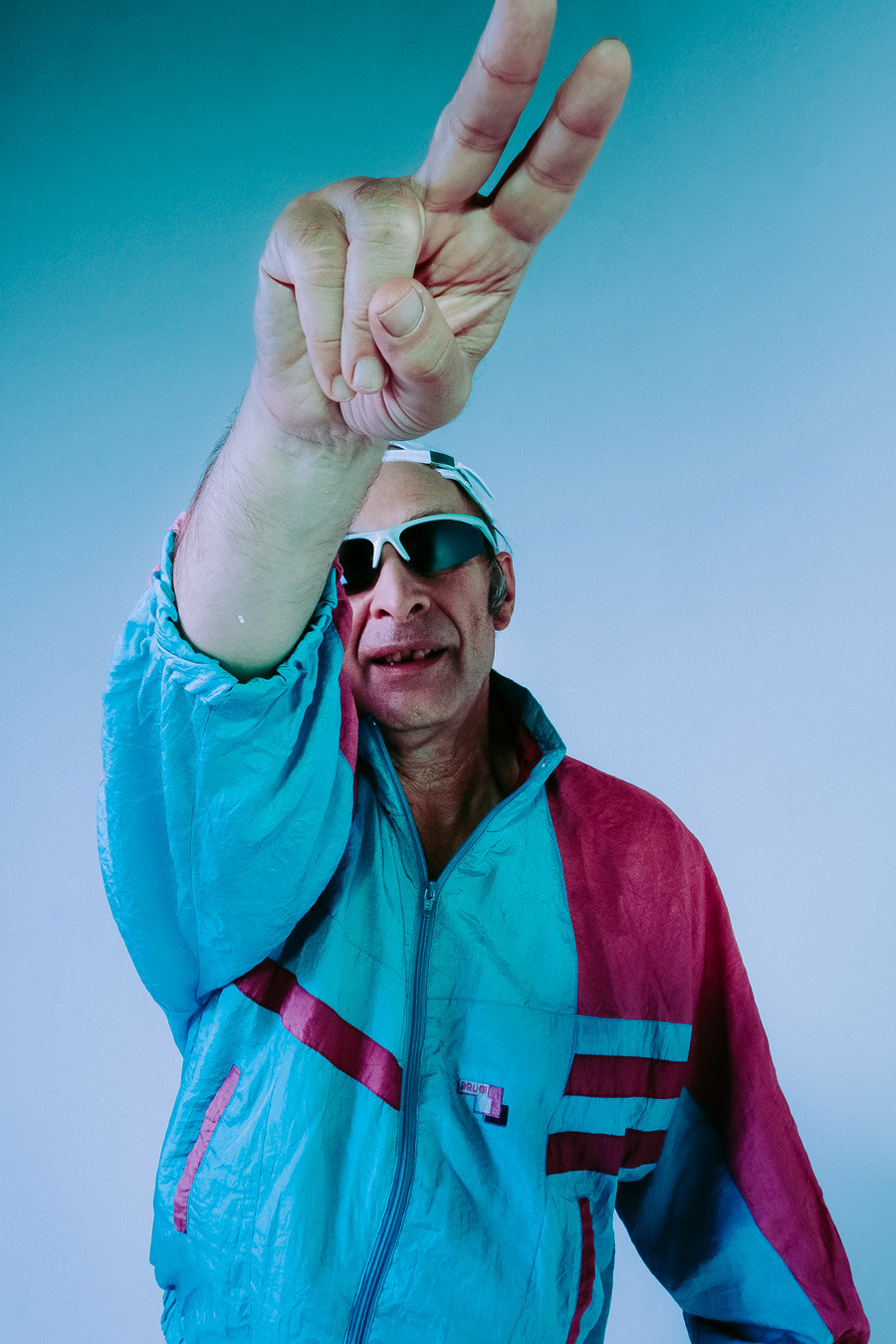 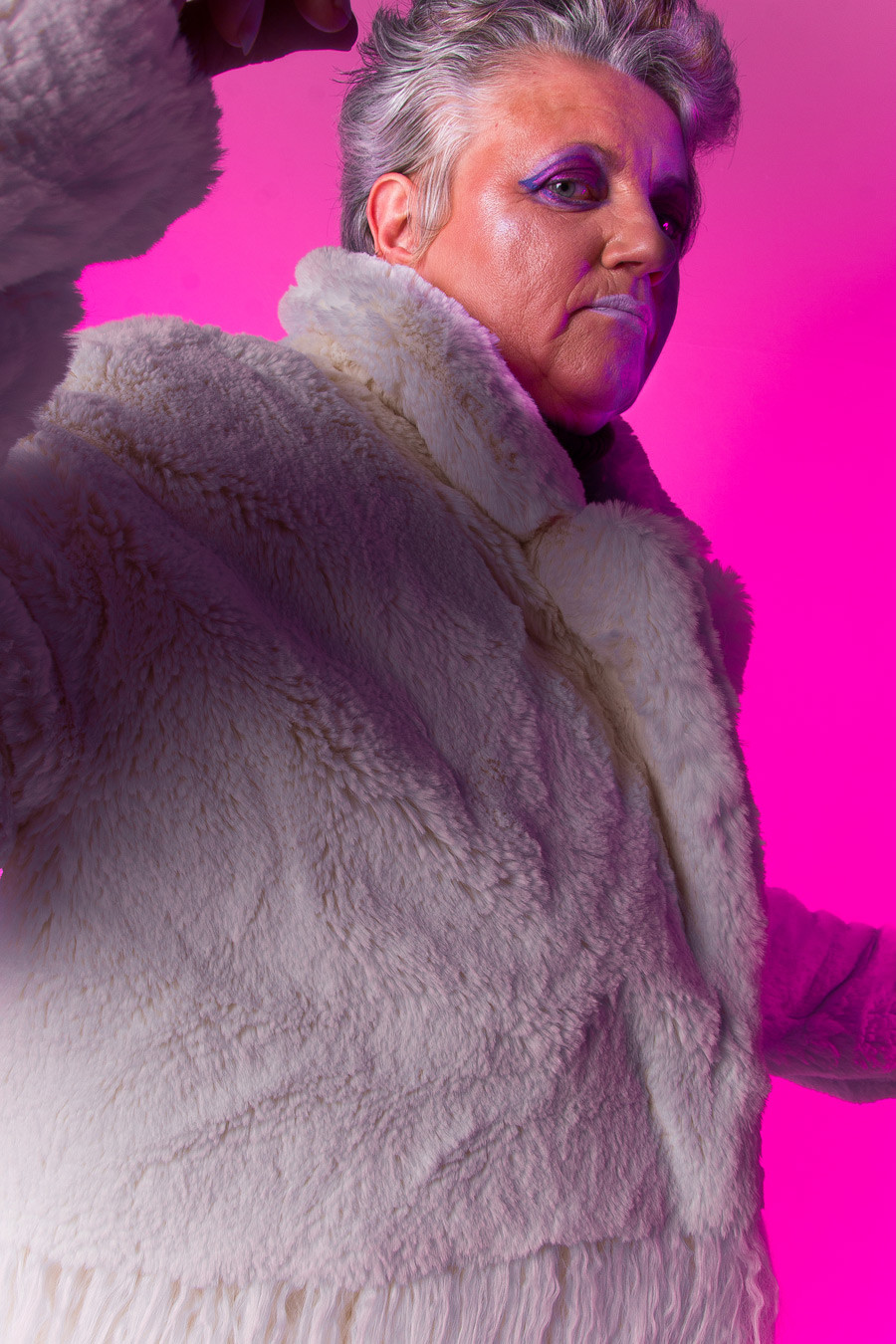 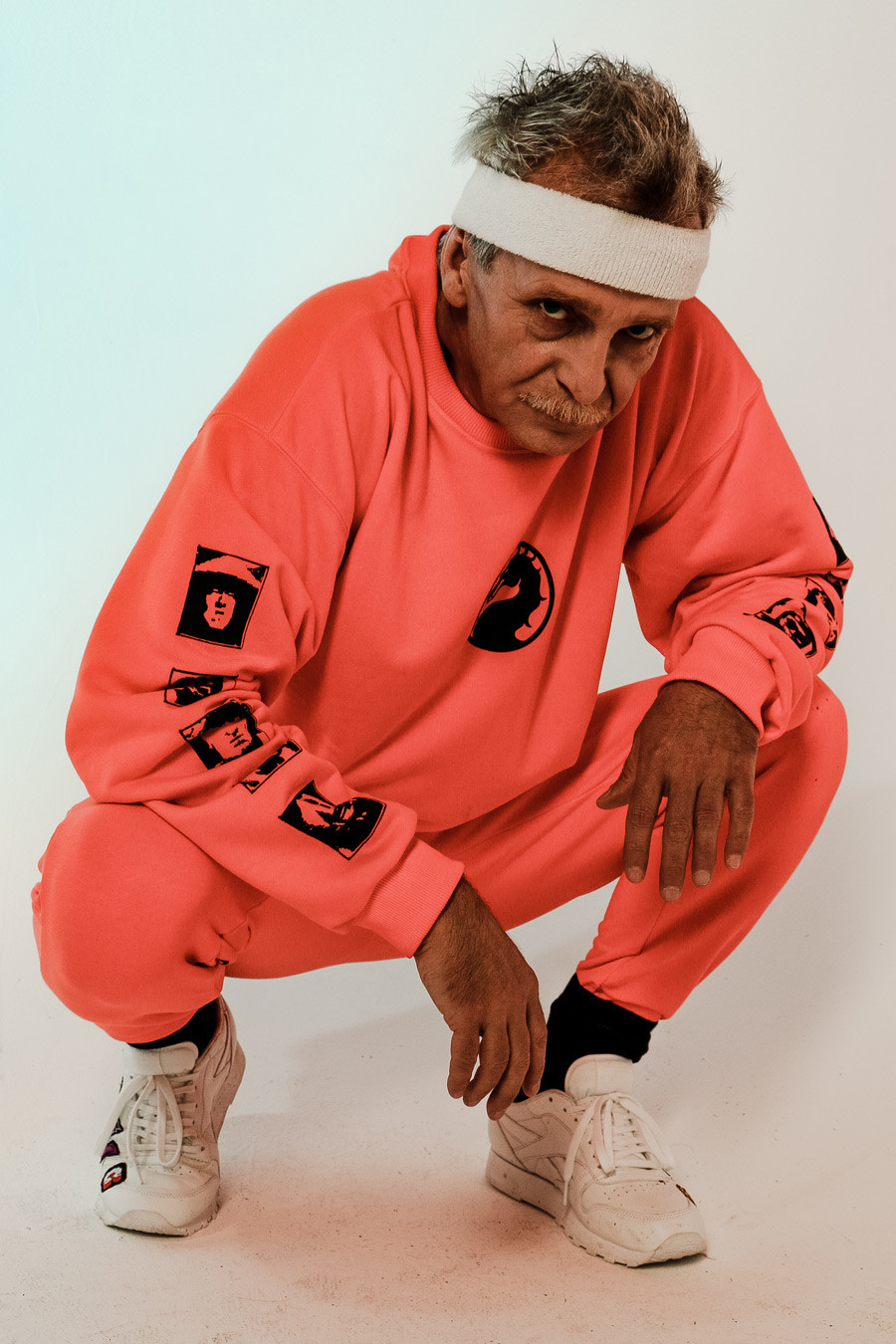 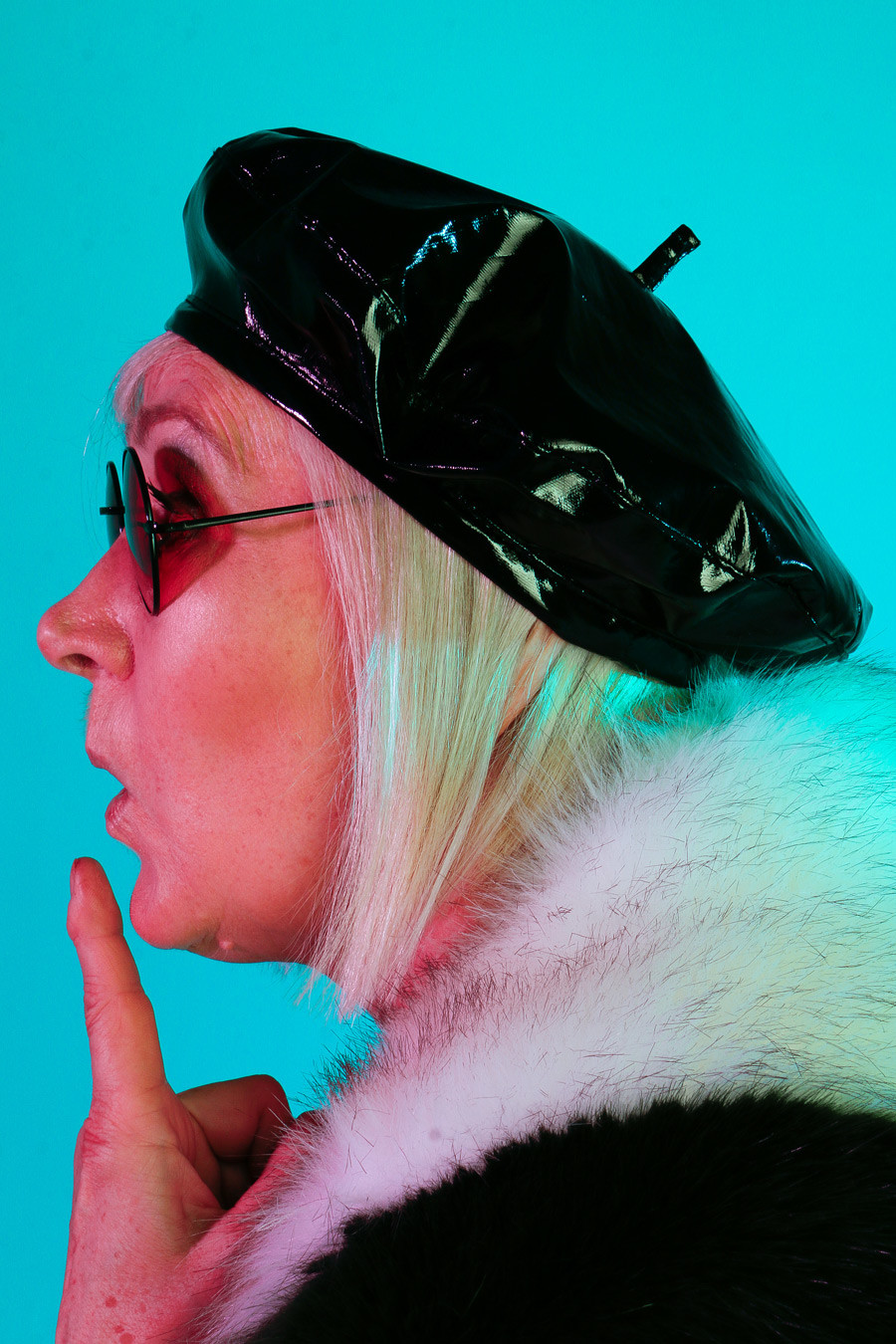 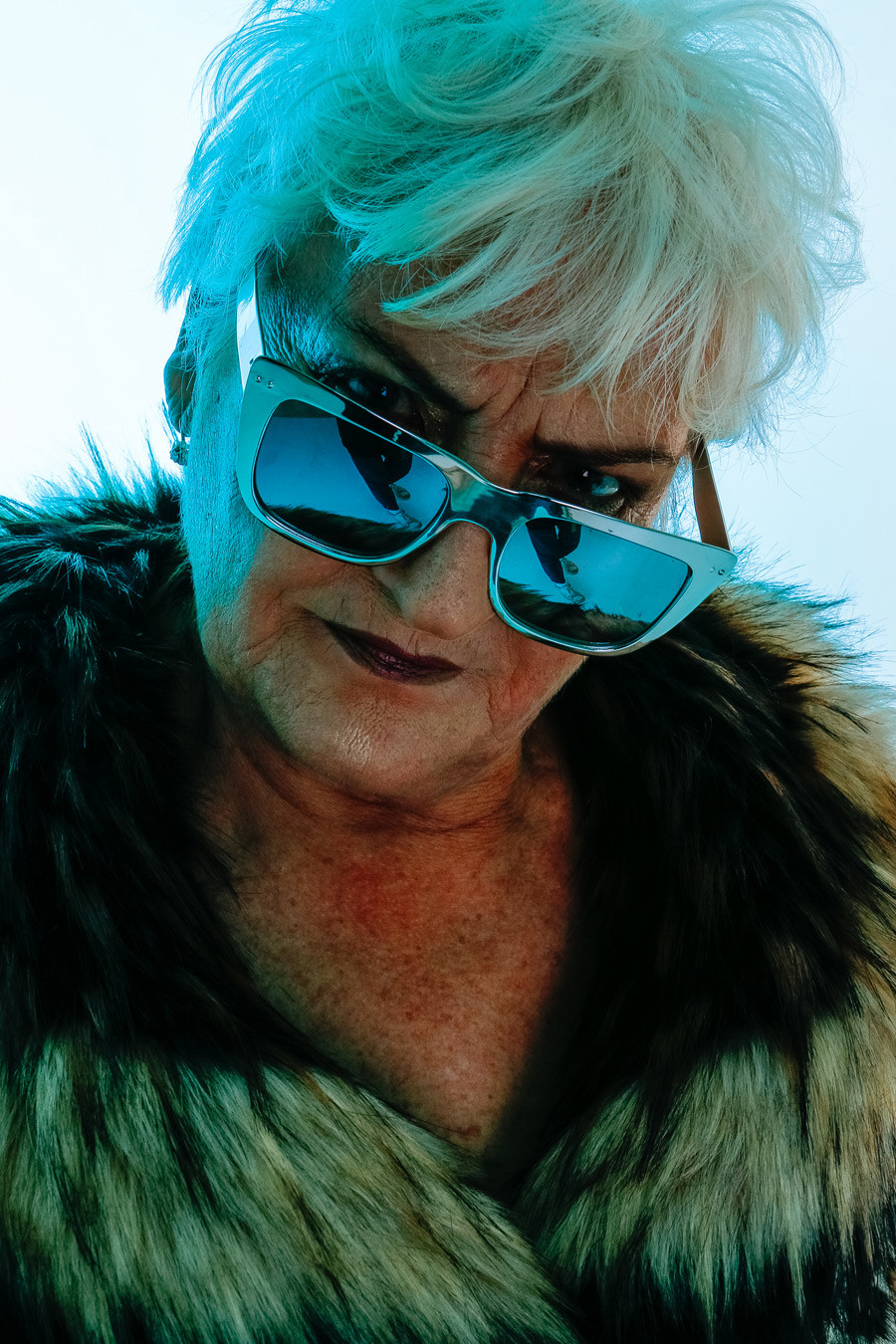 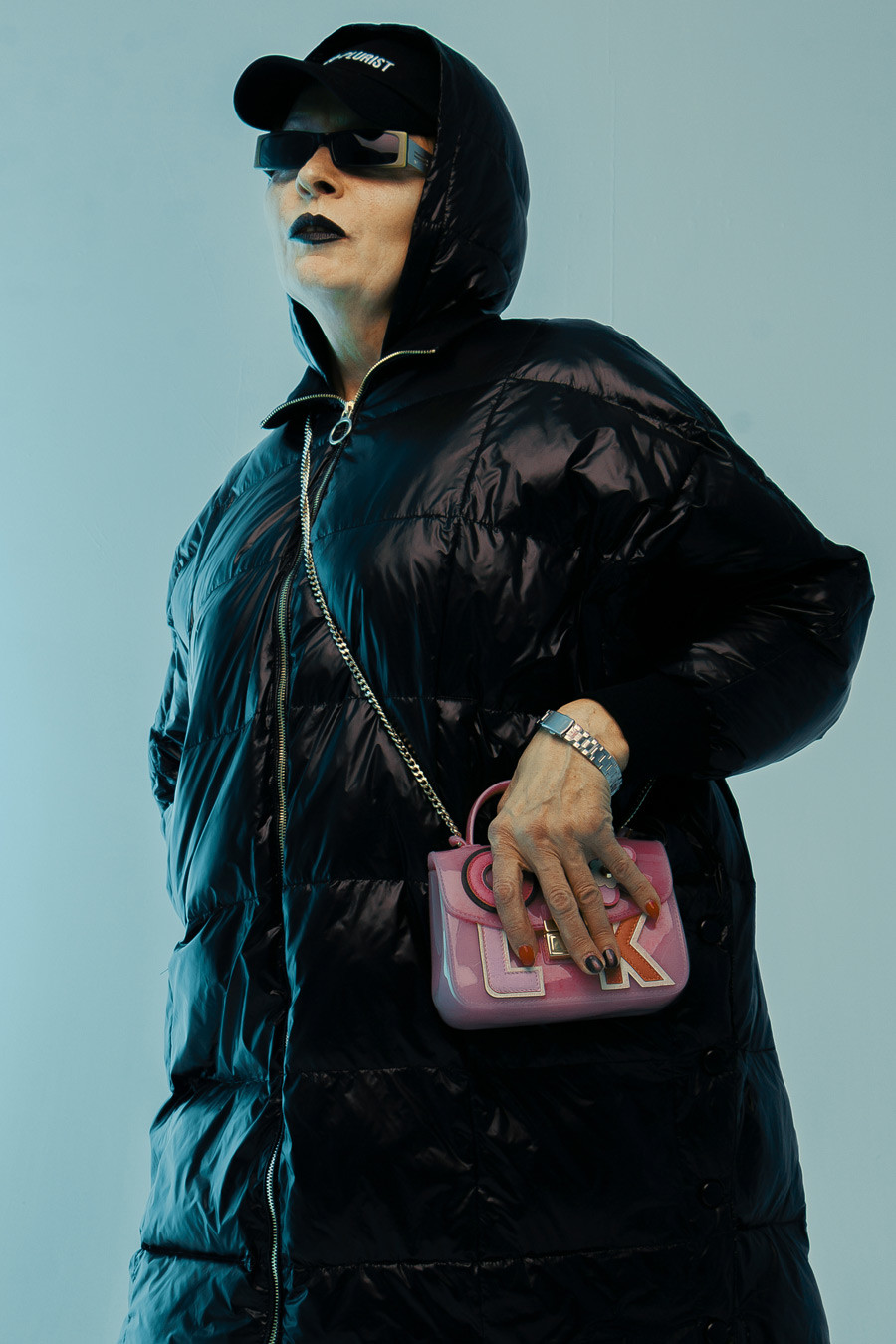 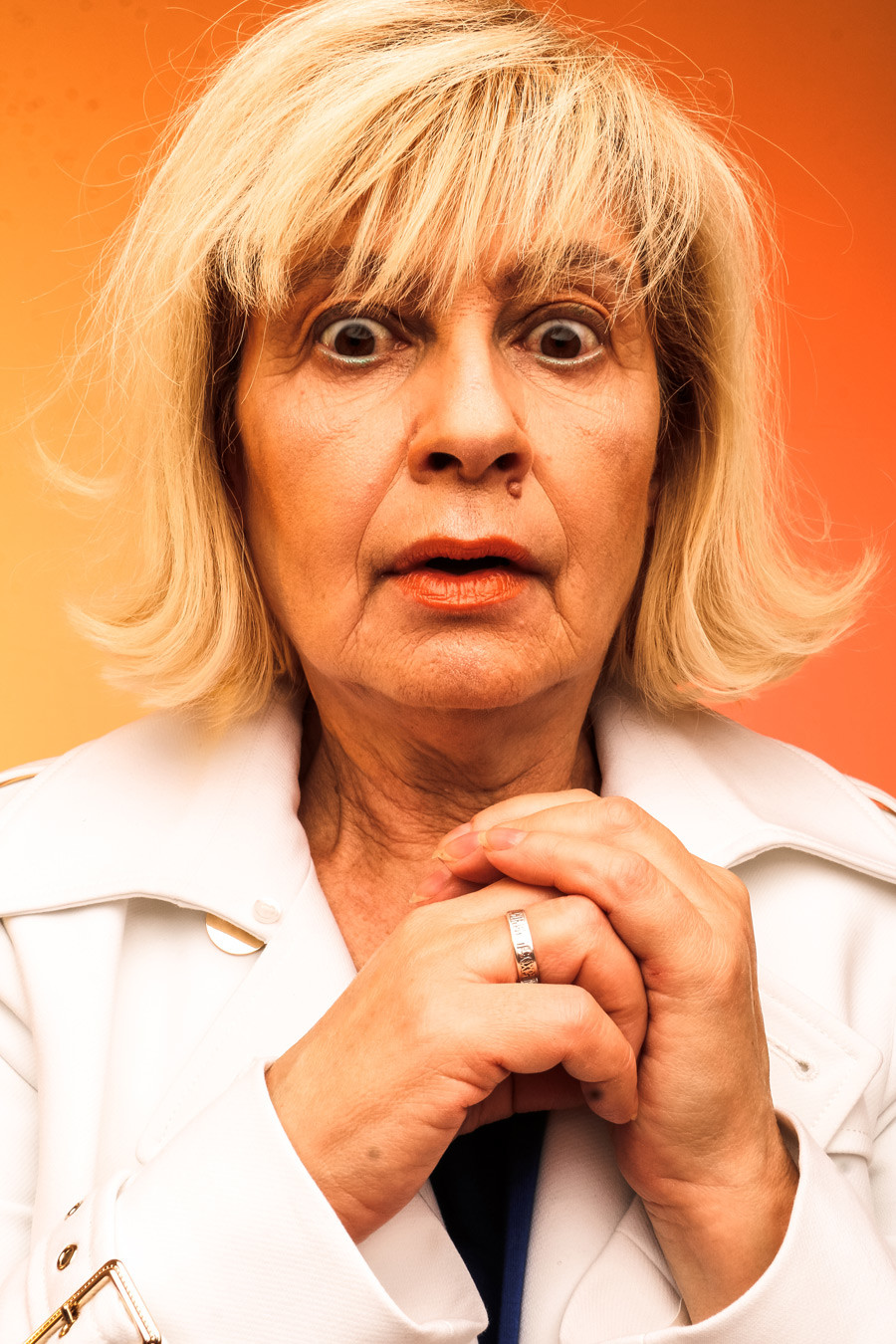 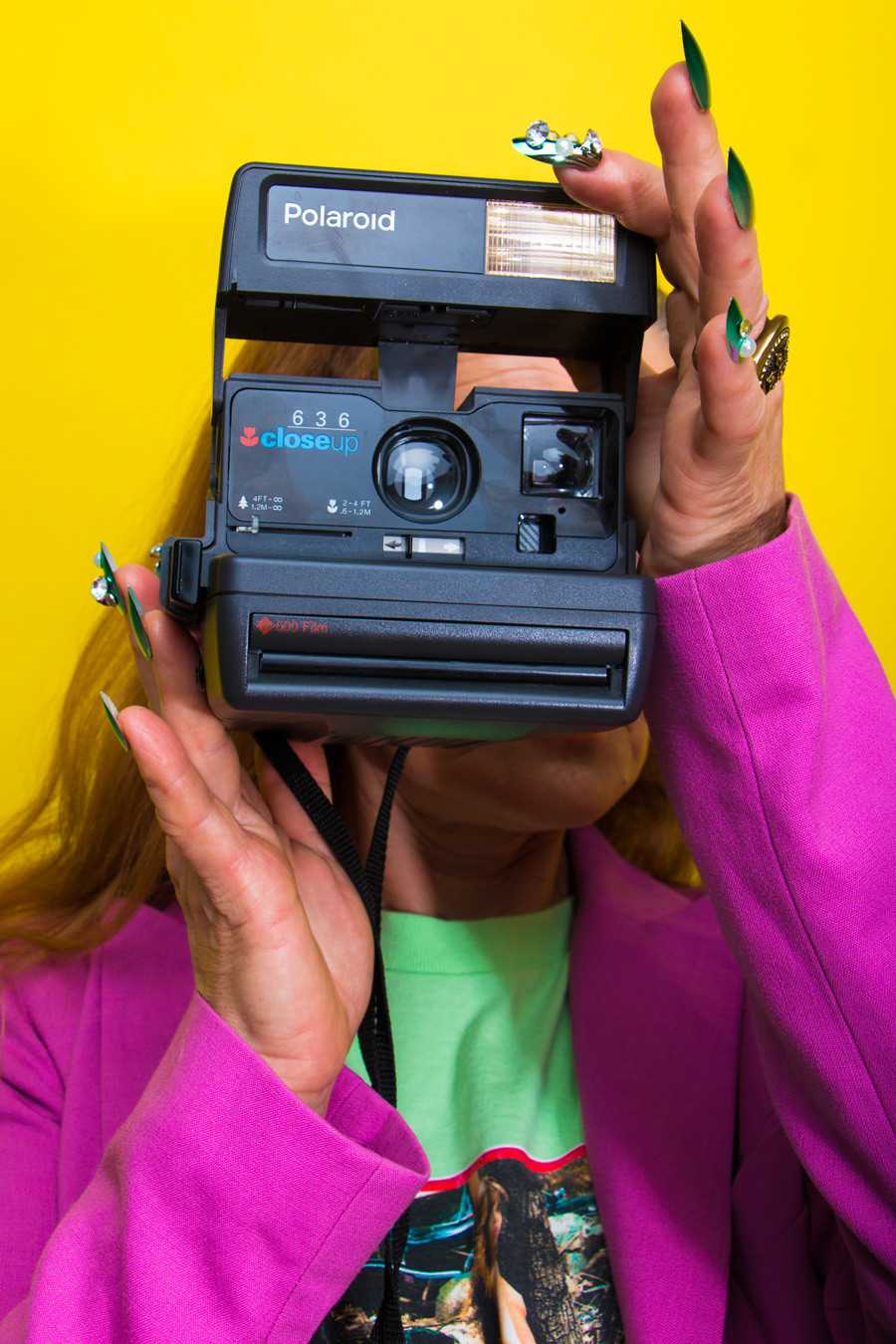 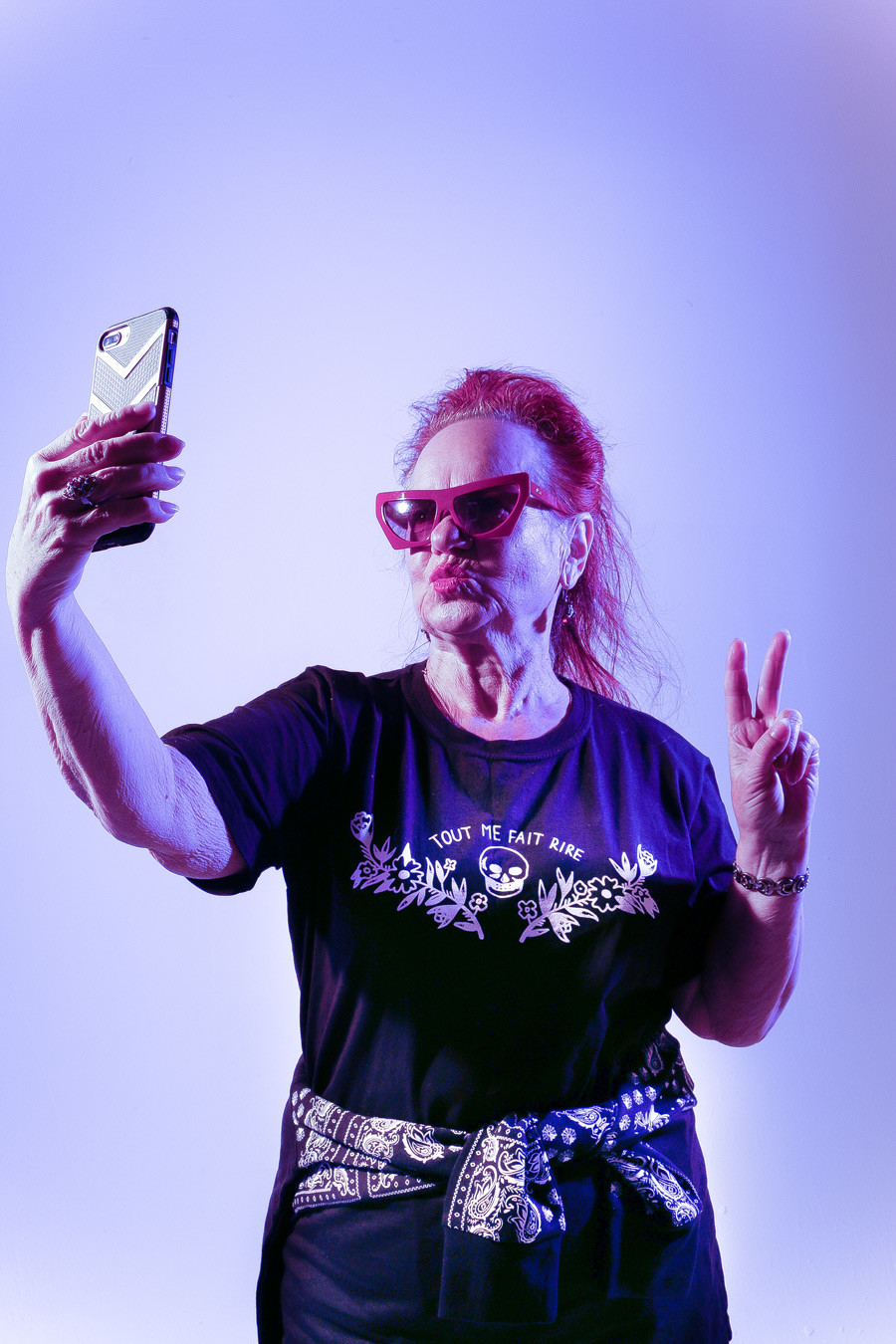 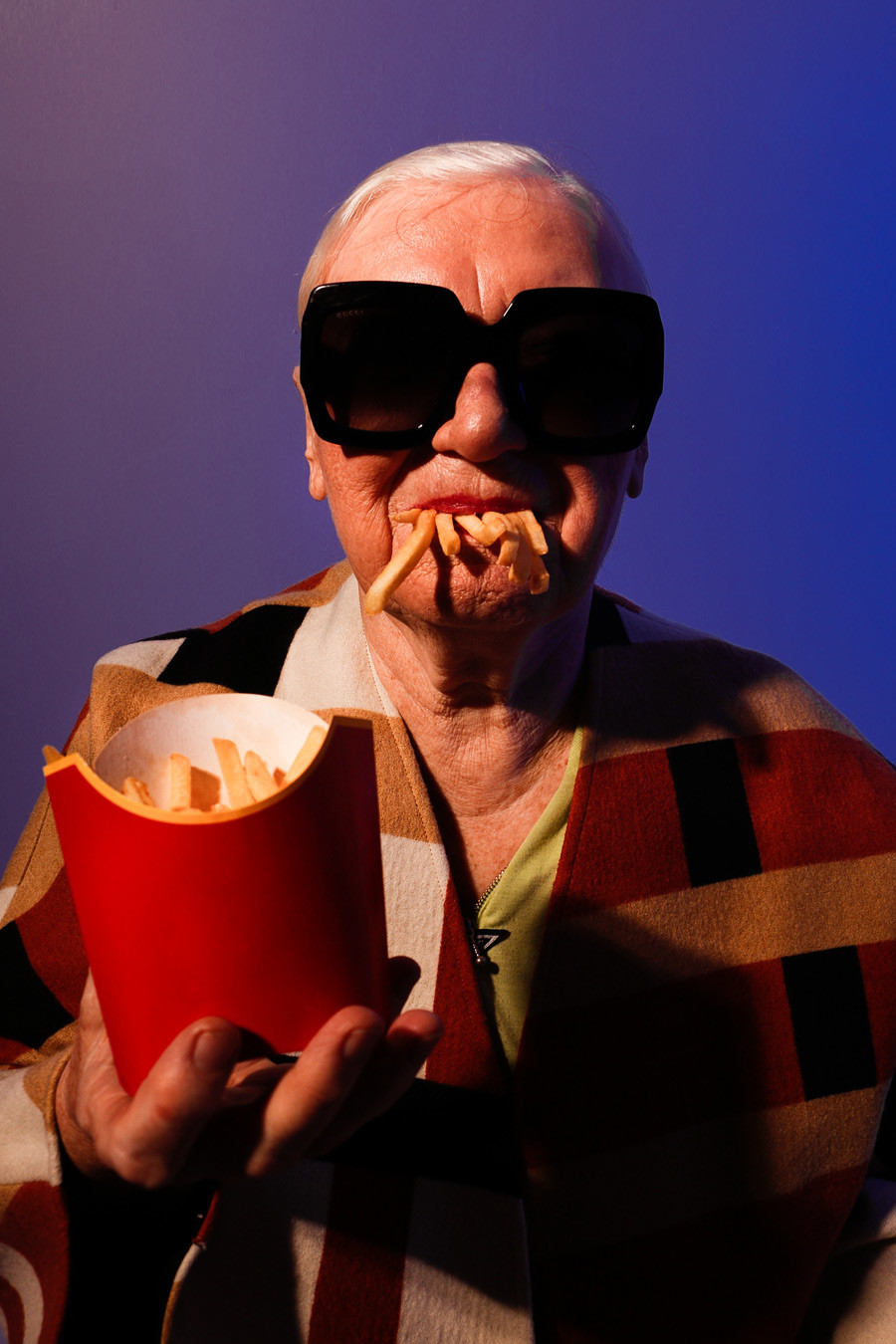