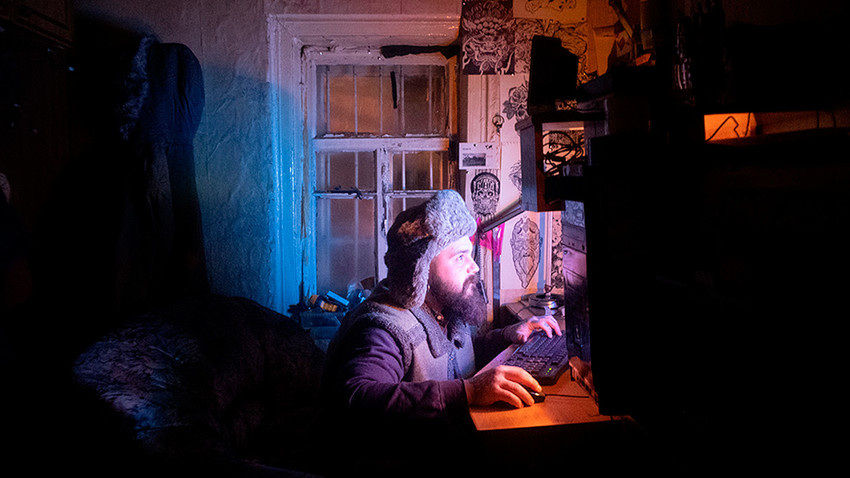 Arseniy Kotov
Boris Silantyev and his neighbors have no running water or sewage system, but they don’t want to move out.

There is an old shabby house in the center of the city of Samara, which is surrounded by newly built modern developments; it looks odd, as if it came from another century.

Indeed, the wooden house and those like it were built in the early 20th century in Samara. Today, people who still occupy those buildings struggle to preserve their property with harsh living conditions and constant pressure from real estate developers. 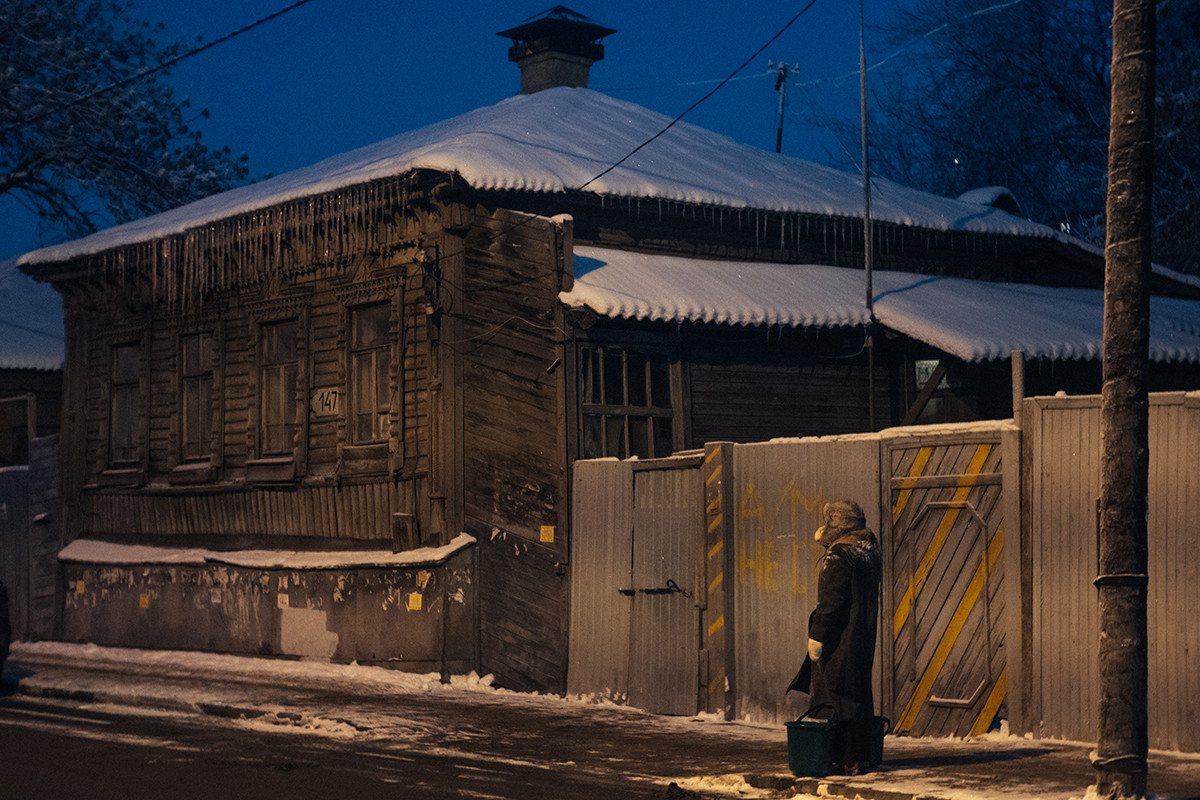 “It began when my parents got divorced. Before I turned four, I used to live in a comfortable environment: we used to live in a four-bedroom apartment,” says Boris, 29, who currently lives in one of the wooden houses in the center of Samara. 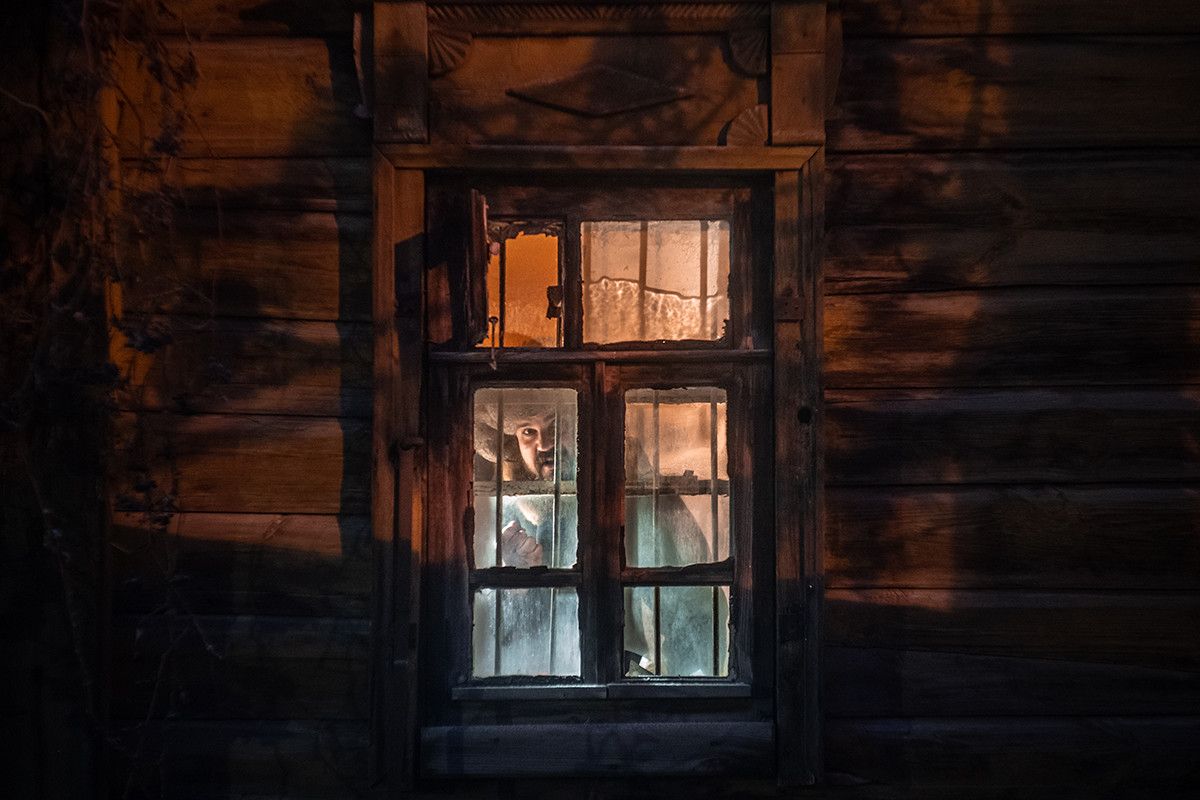 After the divorce, his mother rented a house next to where her own mother used to live. “It was partially abandoned and we began to slowly settle in,” said Boris.

“When I moved there as a child, I learned all the delights of life in the city center cut off from all service lines like water, central heating, sewage system, etc.,” said Boris. 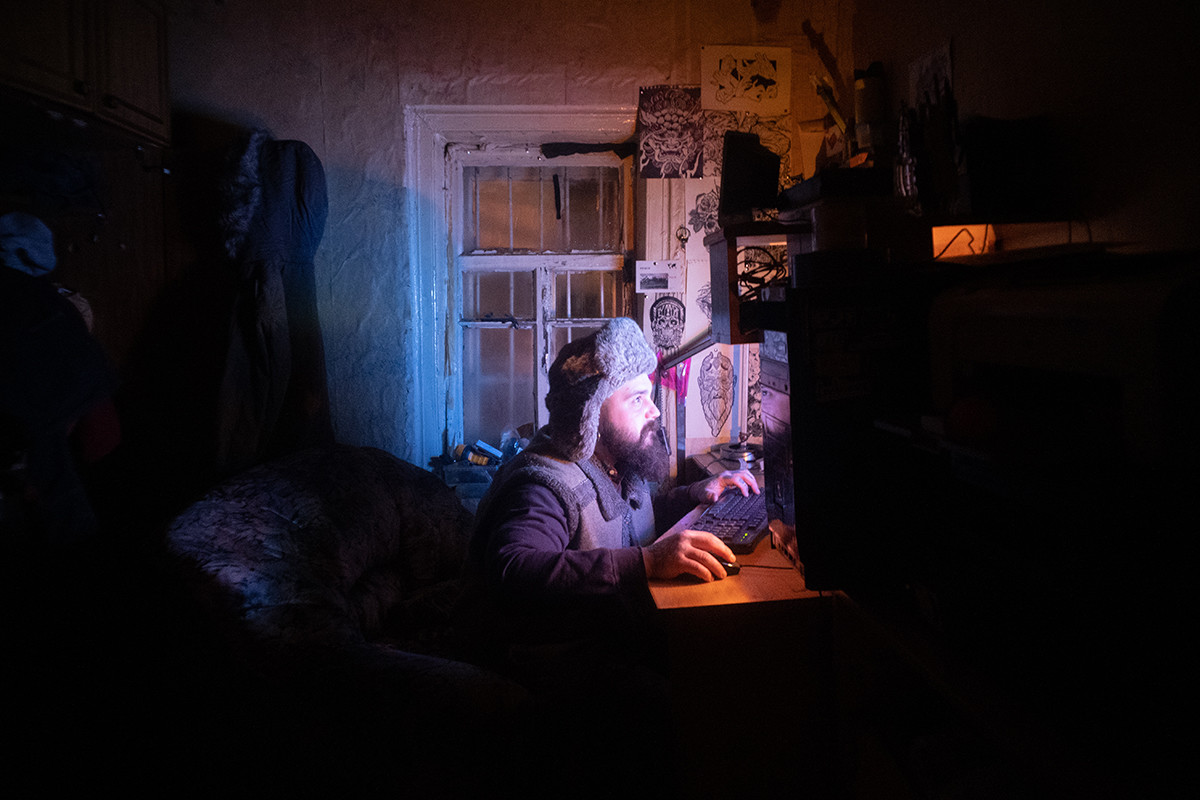 From a young age, Boris used to bring water from a water column standing nearby the house. Yet, as it sometimes froze in winters, he had to move around the neighborhood in search of water.

Heating a house with a stove also poses a challenge in winter: the house is hard to heat, as it does not retain hot air properly. “I often go to bed dressed, as it’s cold when I wake up in the morning,” says Boris. “When it freezes outside, the temperature inside the house may also fall below zero.” 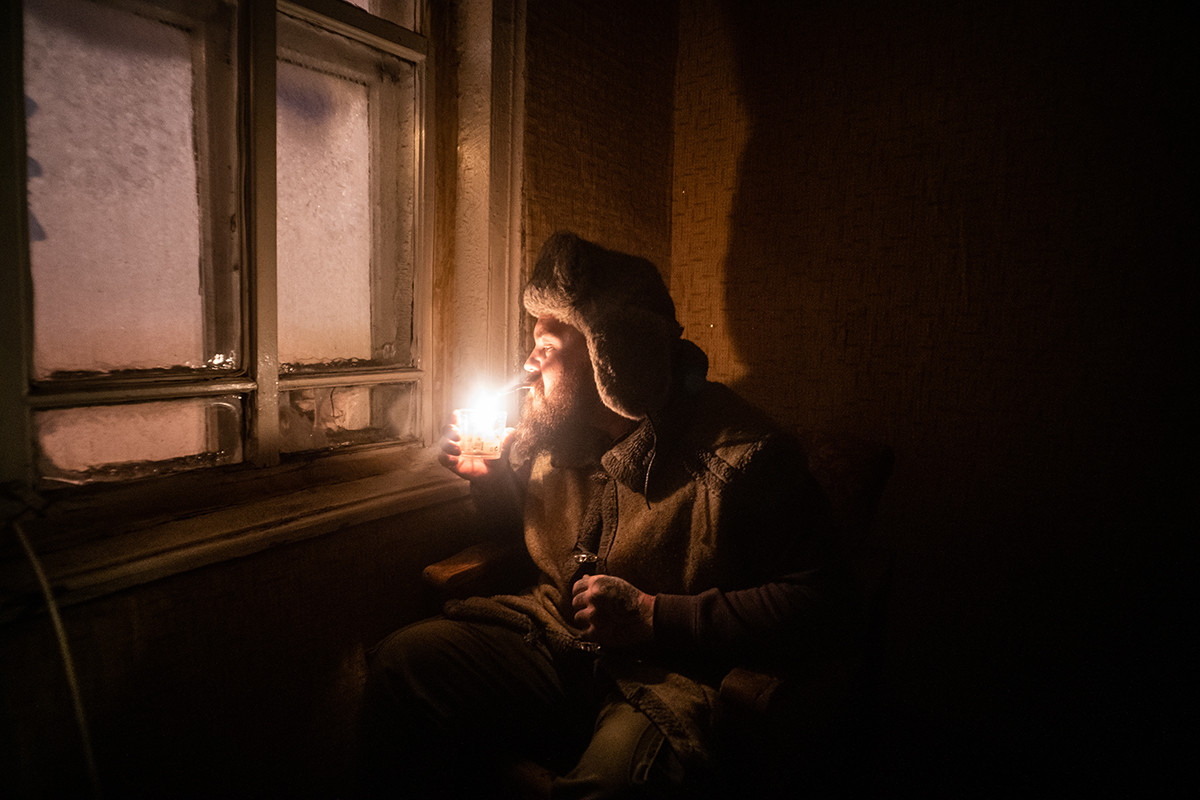 Although a row of dilapidated century-old wooden houses surrounded by tall modern buildings will definitely surprise a casual observer, locals are used to it.

“Everyone knows that Artsebushevskaya Street is virtually a village in the center of the city,” said Boris. 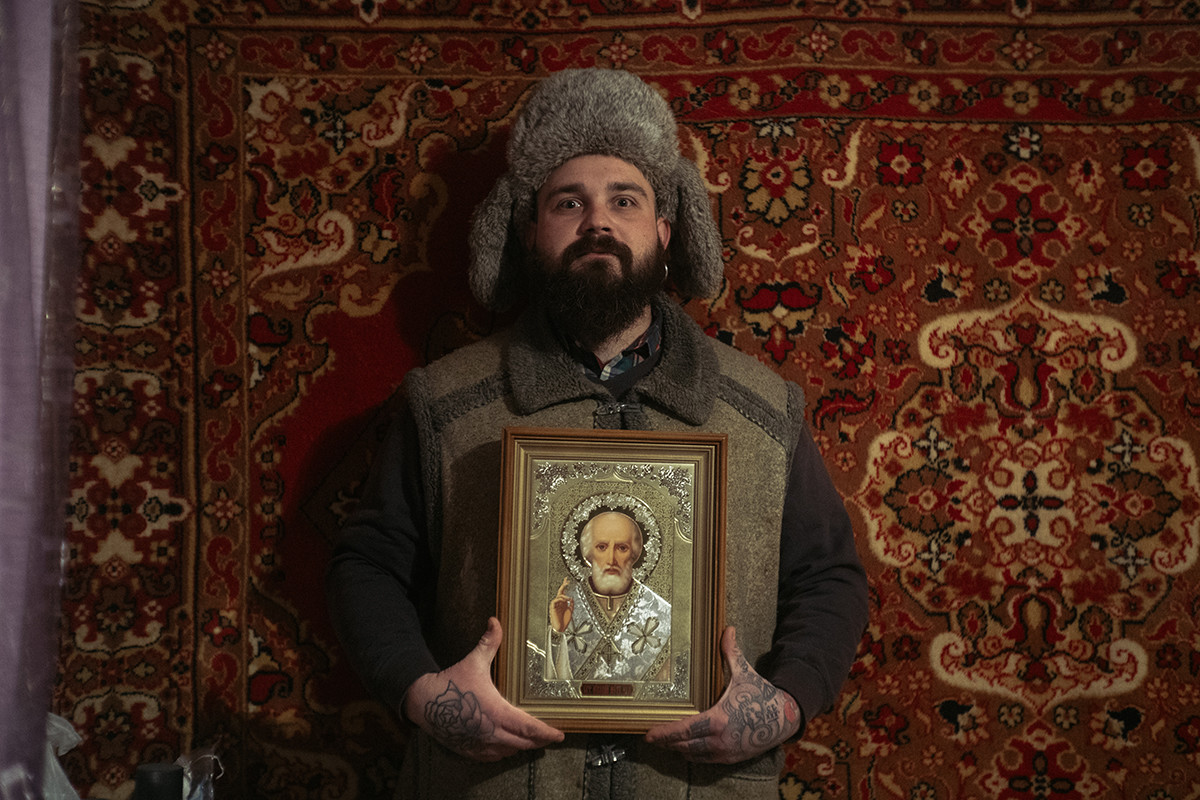 As real estate developers build new structures in the center, this peculiar settlement gets surrounded by modern buildings, which makes the sight even more surreal.

Some of the old houses are in such a state of decay that they are already crumbling. “Last year, a wall of one house collapsed and struck a wall of a neighboring house,” said Boris.

As electricity cables are too old and residents use either wood or gas to heat their houses (as opposed to central heating), the structures become susceptible to fires that occur from time to time and destroy some of the buildings. 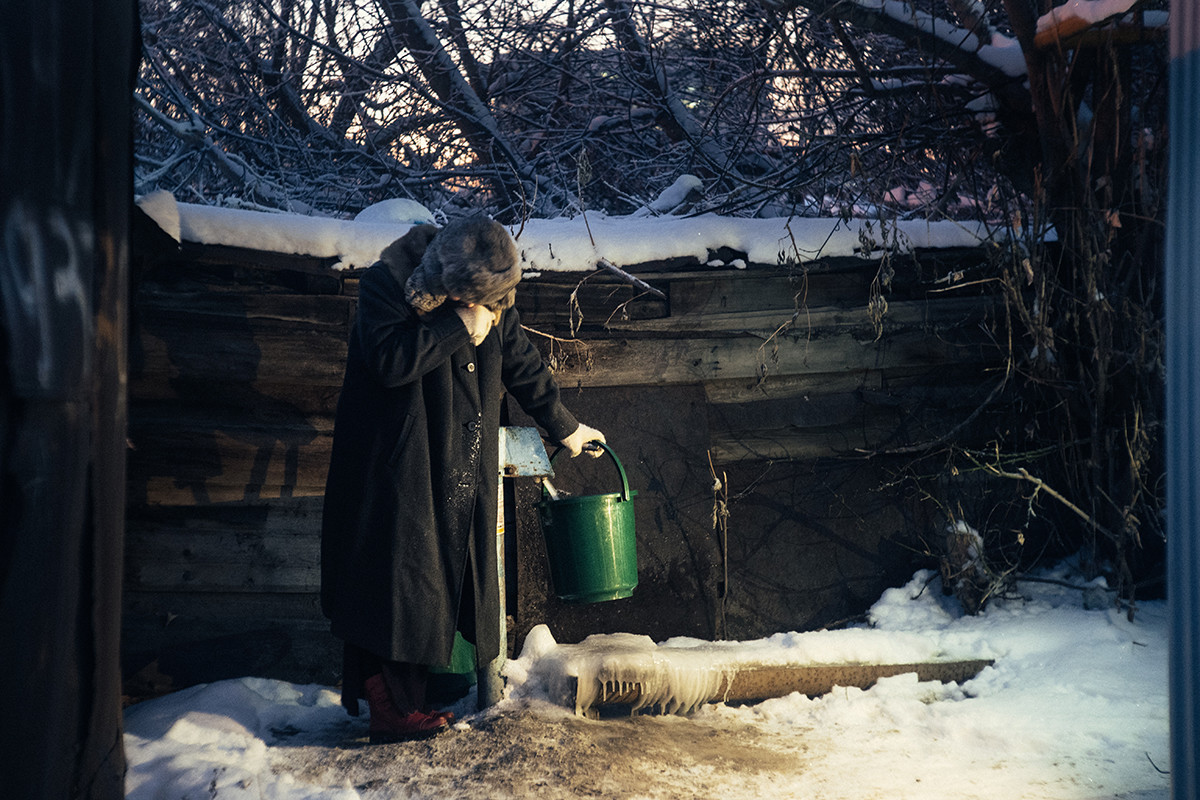 Boris said local residents who occupy the old houses have been facing pressure from real estate developers, who want to clear the land and offer the owners a new apartment in a communal residential complex (a common and most widespread type of building in Russia).

Although some of the residents moved out into apartments on the outskirts of the city, Boris said he refused to relocate as he grew bitter with real estate agents who had been pressuring him and other house owners to move. “I’m mad at these developers. I can’t make any renovations because I always live with a thought that I might be forced to move out,” he said.

At the age of 29, Boris is unmarried and has no girlfriend. He said he does not want to raise children in these conditions.

“I often ask myself why I didn't move out. But this place just won’t let me go. I’m here because I feel responsible for my relatives: it will be hard for my mother to bring water home as she has bad legs,” says Boris.

Click here for our guide around the city of Samara.