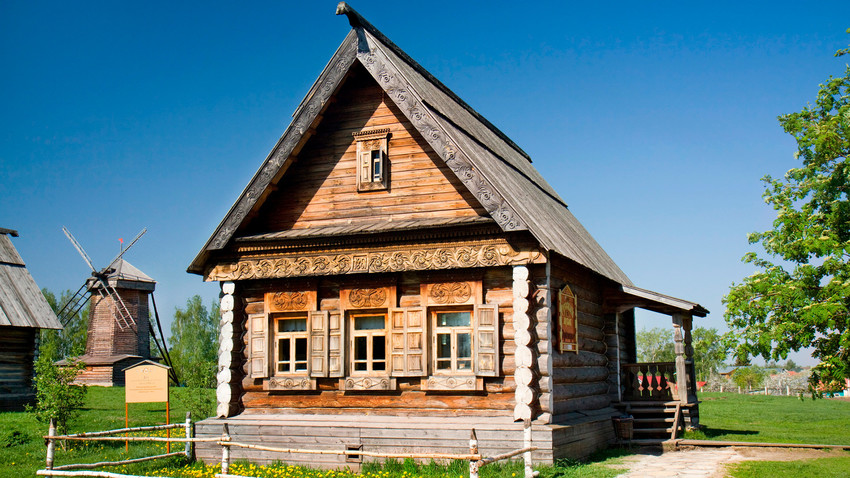 Legion Media
The country is home to many ethnicities and cultures, so as you might expect, there are many types of humble abode, from ‘izbas’ to igloos. 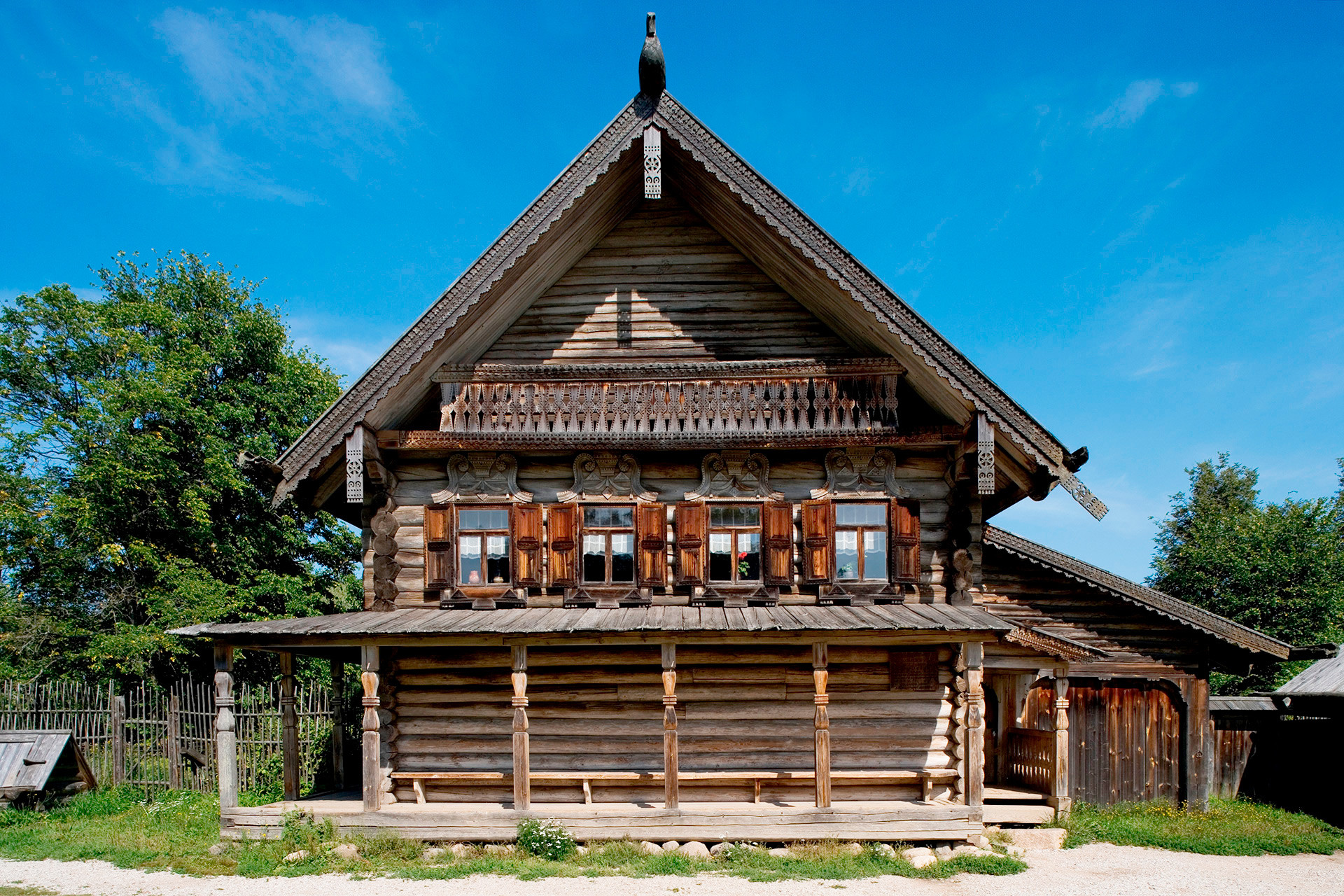 The history of the Russian izba dates back a long way, and they’re still being built in rural and suburban areas of Russia.

An izba is constructed by putting square frames of logs (a single frame is called a ) top of the other, without nails, using only an . The Russian stove is an intrinsic part of an izba, providing heat, a place to cook, a warm place to sleep in winter, and a spot for the house spirit, domovoy. A northern type of izba is much larger than a central Russian one because during harsh winters it’s more convenient to have all facilities under one so that people don’t need to venture outside. 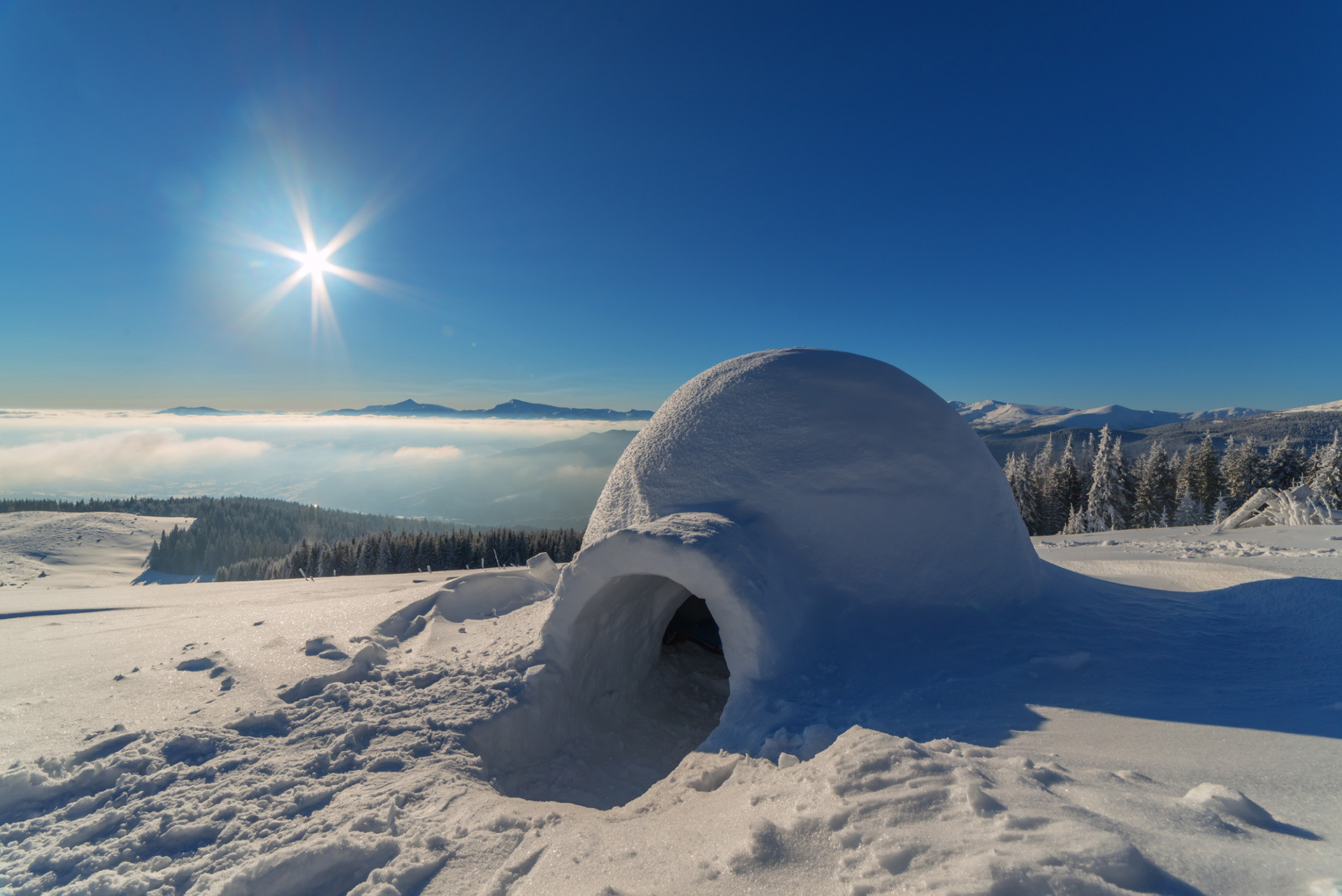 The igloo is a traditional or dwelling. Russia’s Inuit population is the largest in the world, consisting of over 170,000 people, mostly in the Chukotka Region.

Measuring up to four meters in diameter and two meters in height, igloos are made of ice blocks. Snow is used as an insulator because it traps air while the entrance is lower than the floor, helping carbon dioxide to exit while keeping the warm air. An igloo’s floor can be covered with animal hides and cups containing burning oil heat up the interior. Igloos can be quite comfortable; there’s even an igloo hotel in Russia’s East. 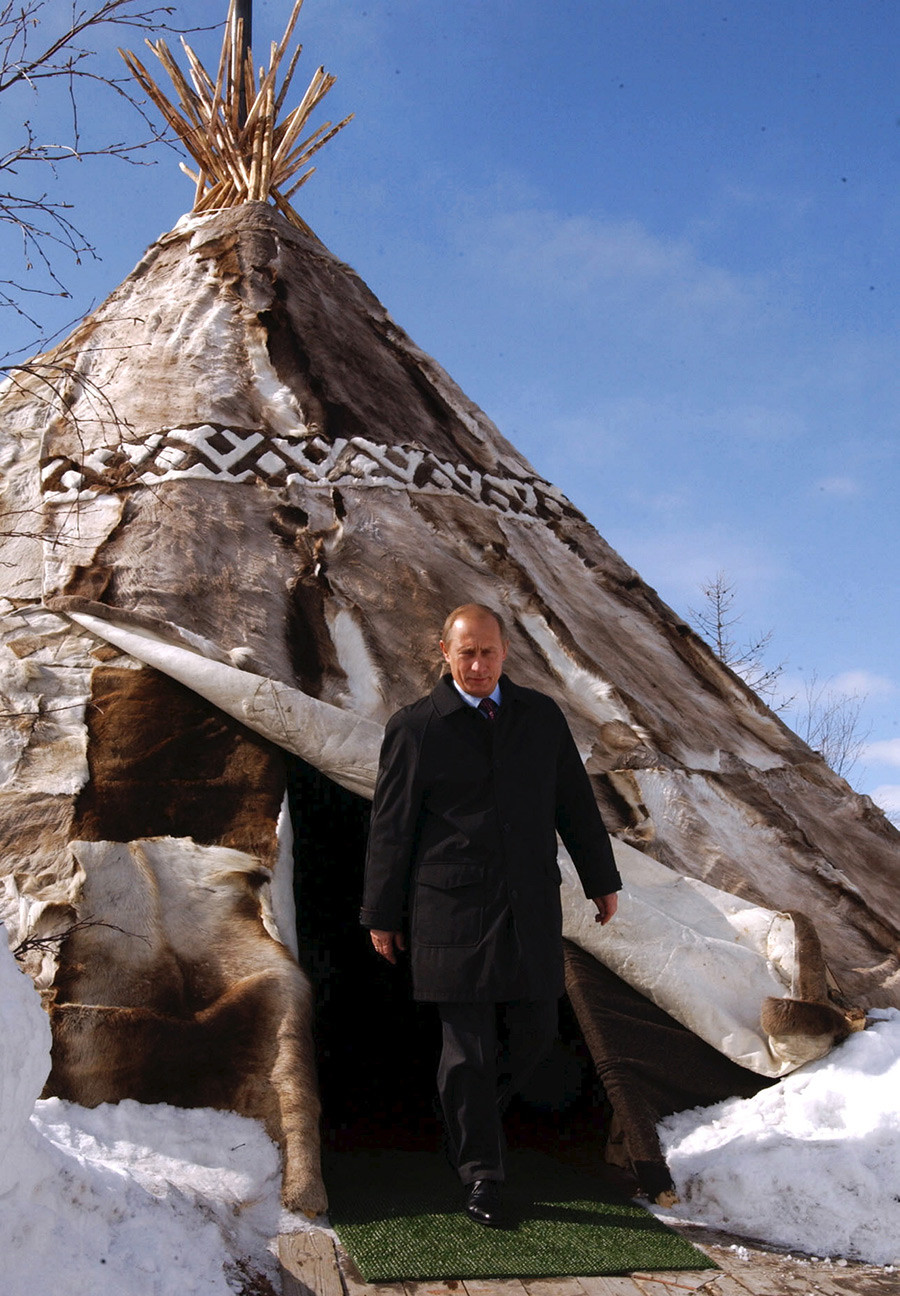 chum is a temporary dwelling used by nomadic people from the Urals (Nenets, Khanty, Mansi, Komi, etc.) who migrate with their reindeer. To put in simply, a chum is a Russian tipi measuring about four to five meters in diameter.

Chums are made of reindeer hides wrapped around wooden poles, with their upper ends tied together. The fireplace is in the middle with a smoke exit cut in the top. Each chum’s floor is covered with hides. According to the Ural peoples’ beliefs, all family members must take part in the construction of a chum, even toddlers help out a little. 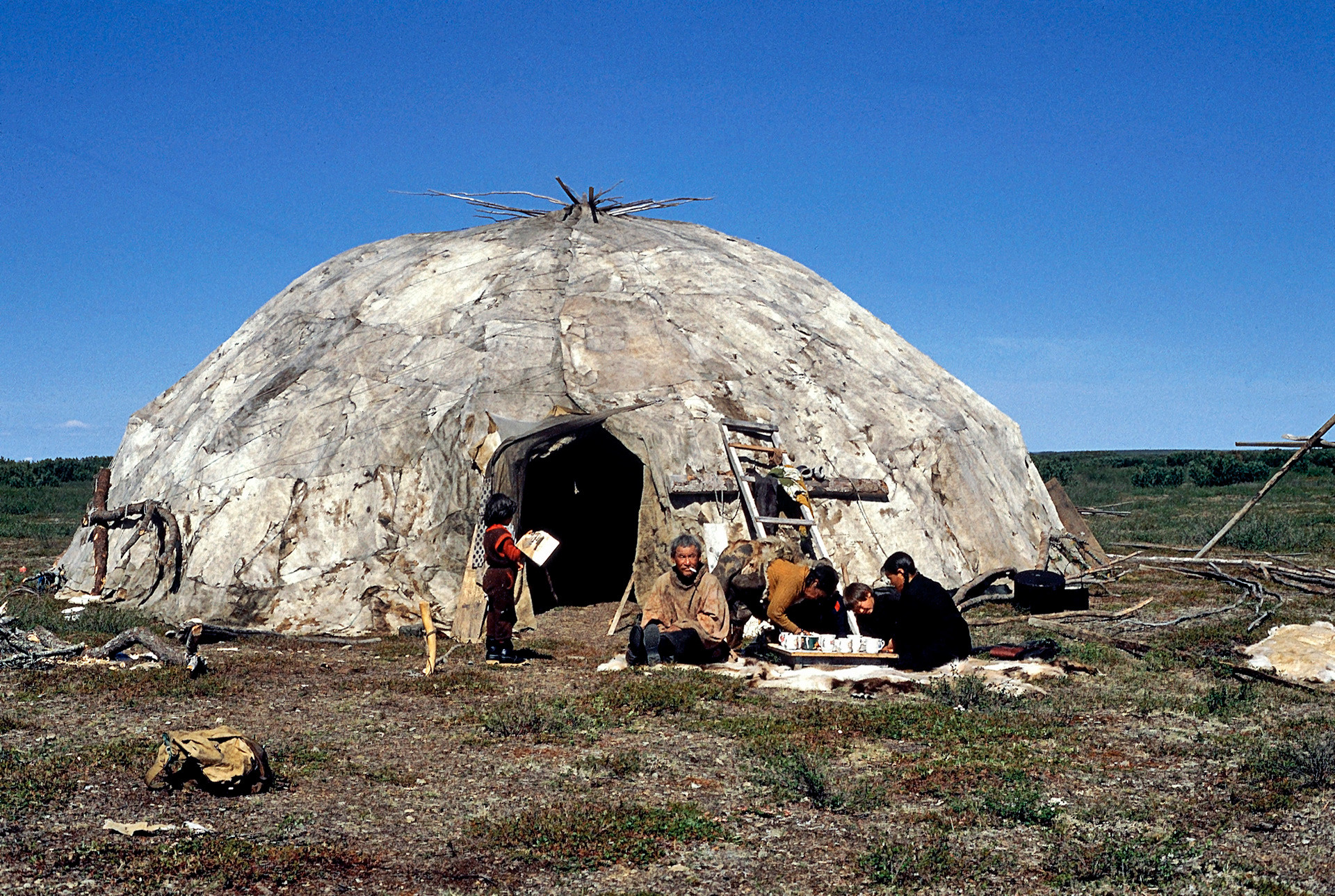 These are traditional portable dwellings made by Siberian peoples like the , , , and . They are larger than chums, (up to five meters in height, eight meters in diameter)

s are made of wooden poles in a circle; the walls and the ceiling can consist of up to 50 reindeer or walrus hides. A cabin called an is also built, insulated with hides and dry grass, to keep families warm during biting winters. 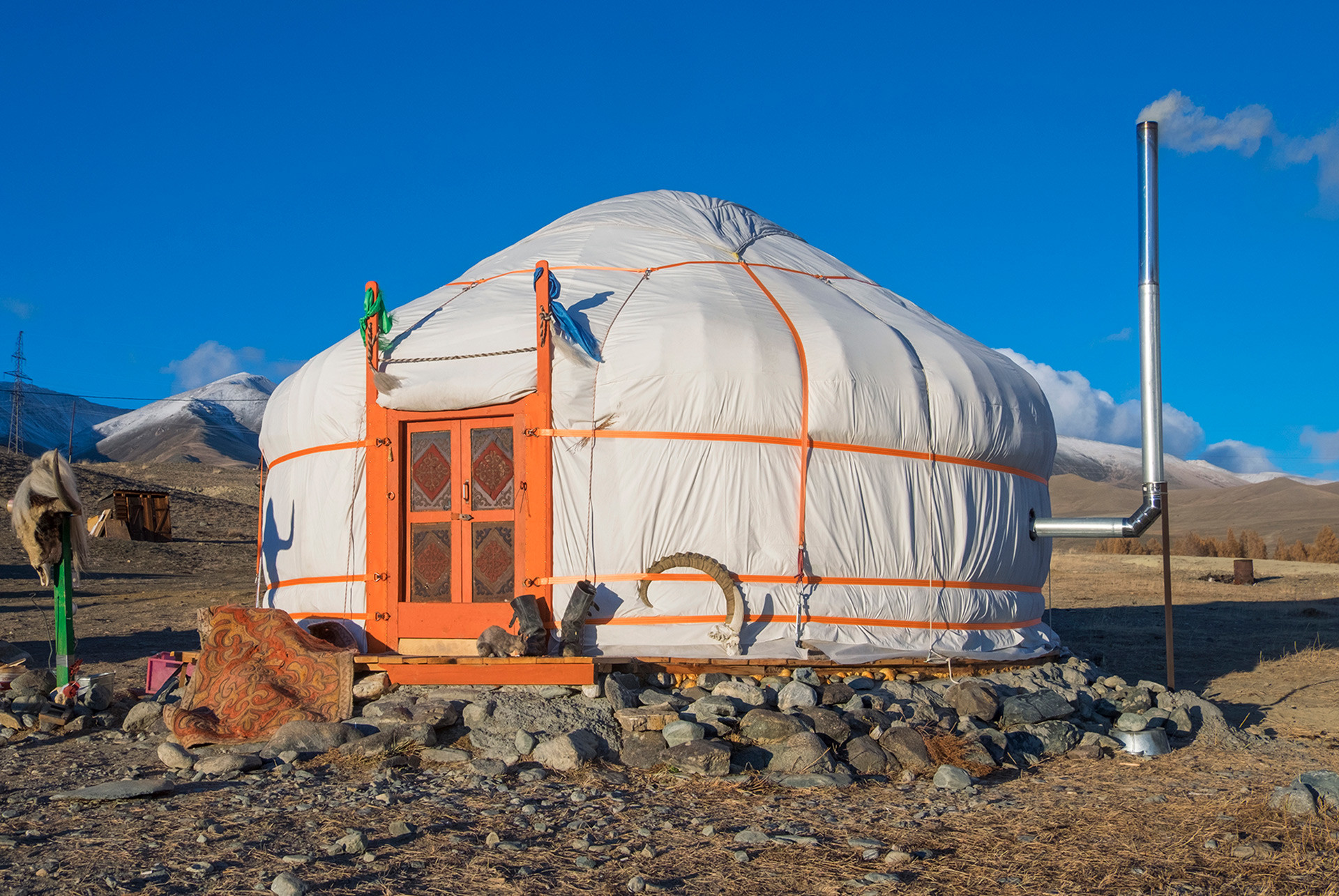 Yurts are also portable houses, similar to chums and yarangas, but much larger and complicated. They are mainly used by indigenous people from Siberia and the Baikal Region.

A yurt usually sits low to protect it from the harsh winds of the steppe. Its walls consist of a foldable framework covered with cloth, and poles make up the yurt’s iconic dome - again there’s an opening to let smoke flow out of the top. When it’s hot, the cloth walls are raised to let fresh air in. Inside, it is divided into two halves, for the husband and wife. 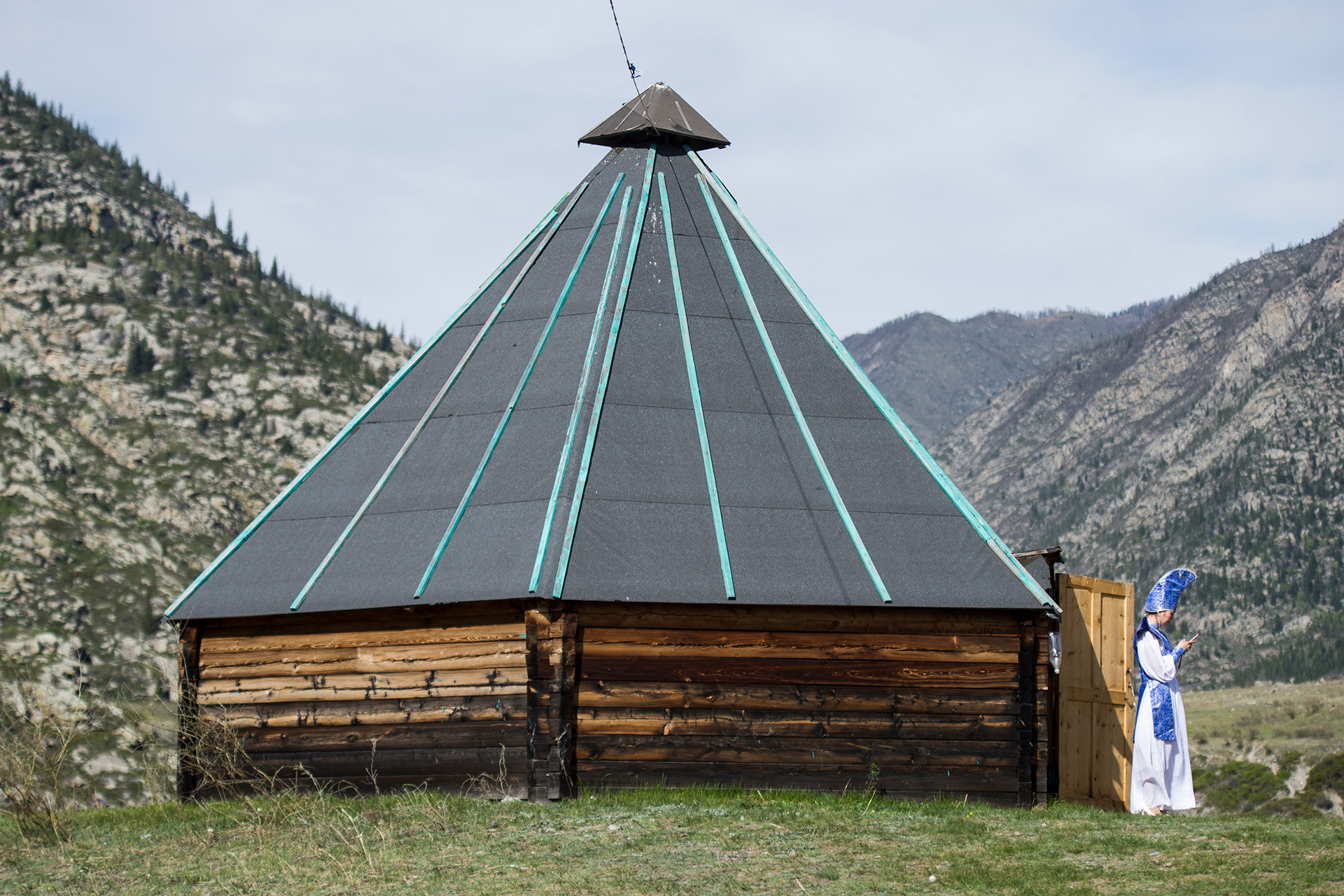 An ail (pronounced aah-eel) is wooden house only seen in the Altai Region and is slightly different the Russian izba. It is also made of logs, but it has six or sometimes eight walls, and is covered with hides or tree bark. Like a yurt, it’s divided into two halves inside. Its main difference from the izba is the fireplace - right in the middle of the hut, while the smoke exits through a hole in the rooftop. Traditionally, an ail’s floor is just soil. 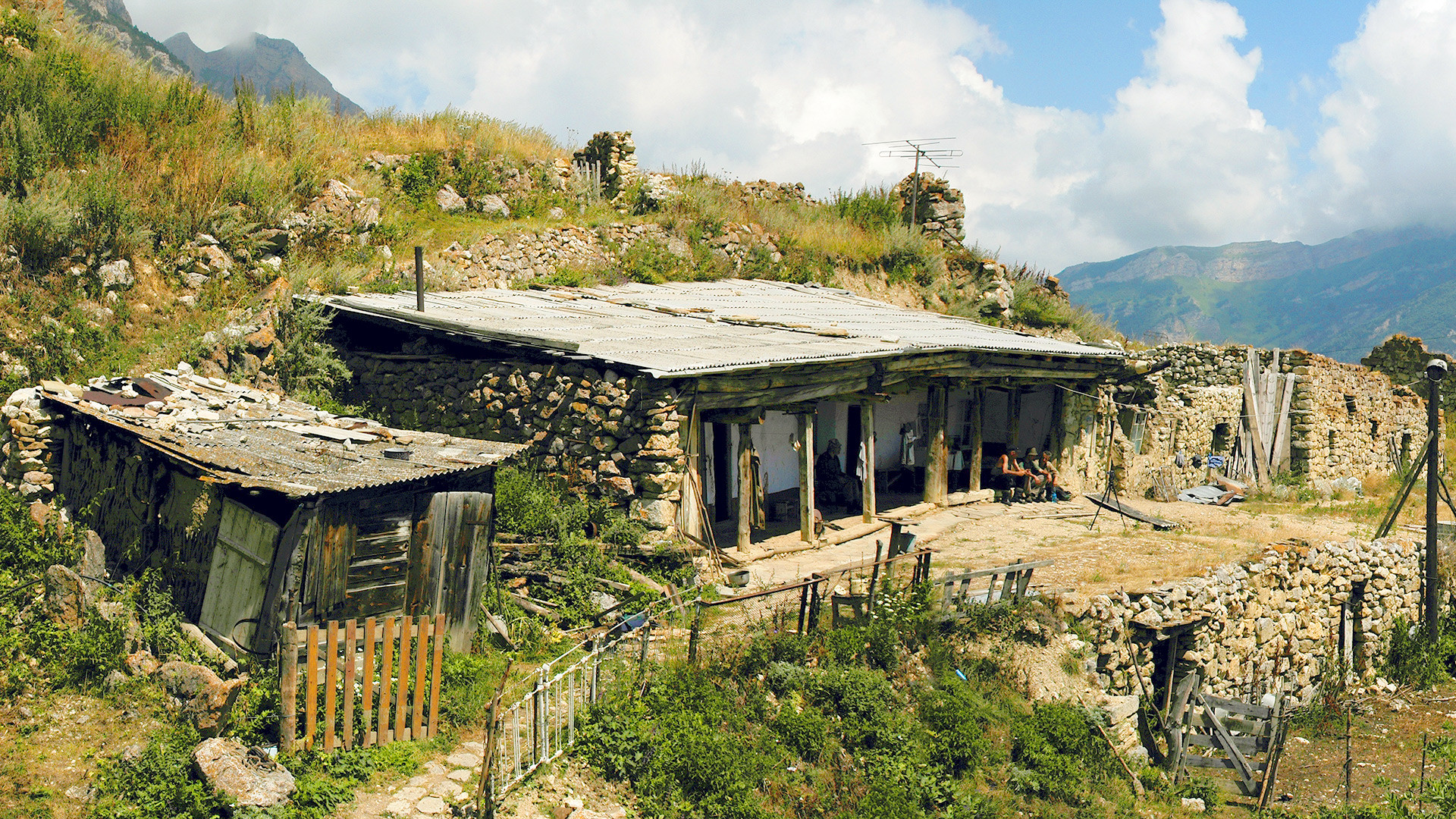 Saklya huts are used by indigenous people from the North Caucasus. They differ from other types of because they are built on ground without any foundations. Their walls are made of clay, and in rich , the floor is covered with wooden boards. The fireplace, like in a yurt, is located in the center. The roof is flat and the house is sunken to shield it from strong mountain winds.