The fate of the USSR's most famous Siamese twins 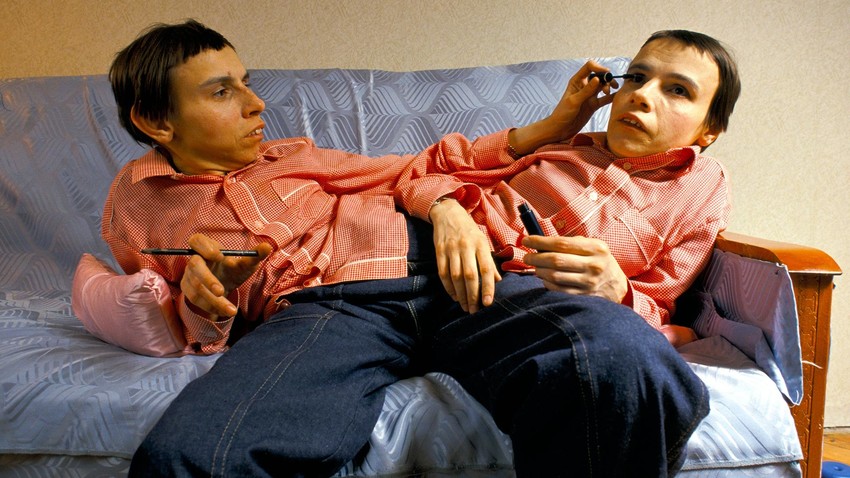 Legion Media
Of all the cases of unseparated conjoined twins in the world, Dasha and Masha Krivoshlyapova survived the longest. And, arguably, they lived the unhappiest lives.

One day in April 2003, at around midnight, Masha’s heart stopped. For the previous 14 years, she and her sister had lived in their room at Moscow’s Home for Labor Veterans No. 6. When Dasha woke up in the morning, she thought that her sister was “sleeping soundly”, but she called members of staff for help, because she didn’t feel well - she felt strangely weak and had a headache. “Please don’t leave me and Masha alone. We are very scared,” Dasha pleaded, so doctors were called to see them.

One of the Krivoshlyapova sisters had suffered an acute heart attack and was already dead. The medics realized this straight away. “We’ve always been told lies by everyone around us,” the sisters used to say prior to that moment. They were lied to on this occasion, too: Dasha was not told what had happened to her “other half”. She just slowly deteriorated. Seventeen hours later, she died in her sleep from blood poisoning. She was 53. 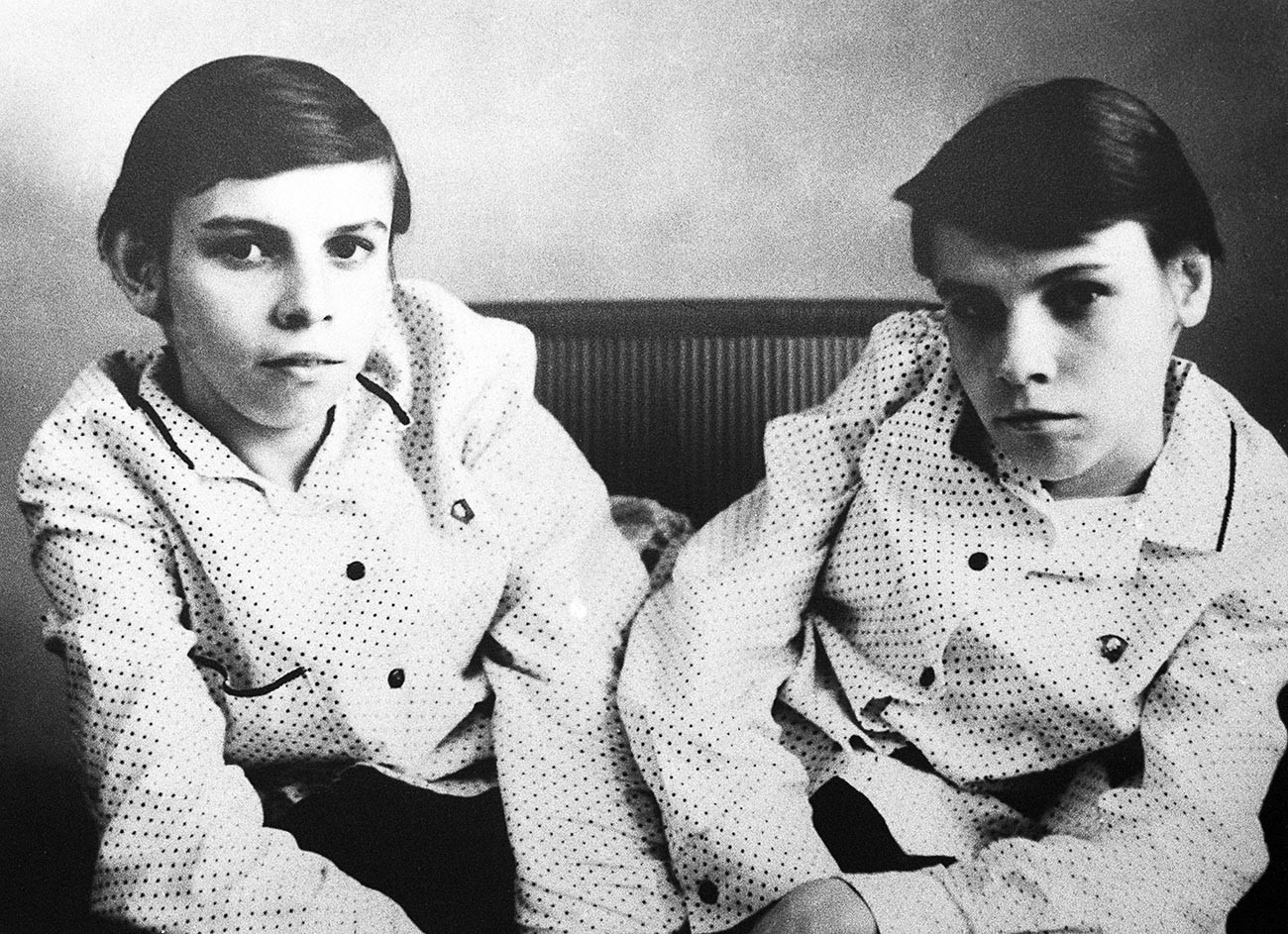 By that time, everybody in the new Russia had already forgotten about the Krivoshlyapova sisters. In the Soviet Union, though, they had been a sensation: The first Siamese twins born in the USSR to have survived! The girls were born with two heads, four arms and three legs (the third one was at right angles to the spine and consisted of two fused legs with nine toes). Each of the sisters had her own lungs, heart, stomach, kidneys and small intestine. The two shared a large intestine and bladder. 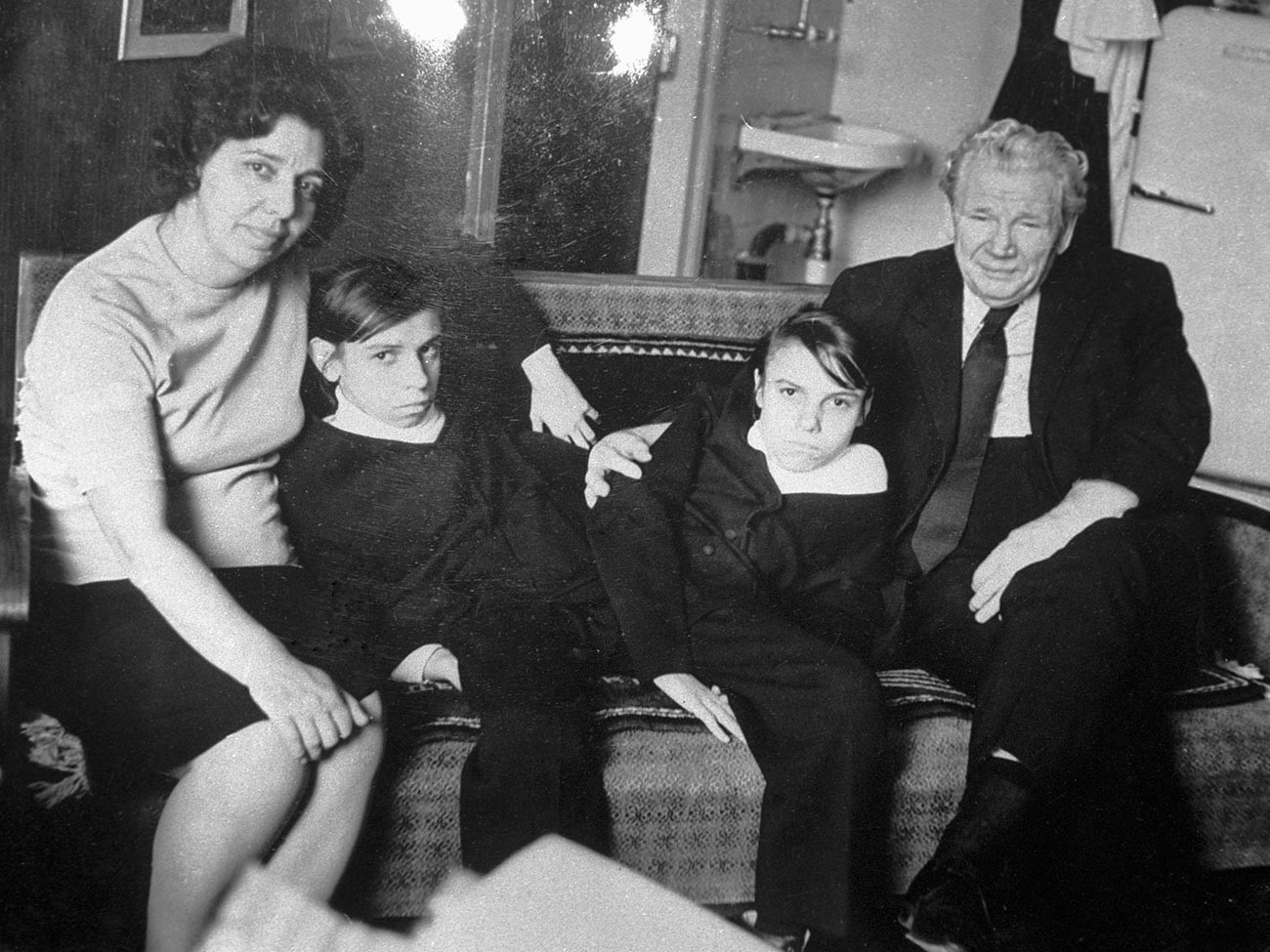 The Krivoshlyapova sisters were convinced that, had they not been born in the Soviet Union in the mid-20th century, everything would have been different. But, it seems they were destined to live at the most unfavourable time for them: Locked inside one body, the sisters became “guinea pigs for experiments” within days of their birth.

In 1950, the first days of the new year proved to be a real hell for ordinary Soviet seamstress Yekaterina Krivoshlyapova - she was in labor for two days and two nights. She needed a Cesarean section. Ultrasound machines appeared in the USSR only eight years after Masha and Dasha were born, so nothing had been known about their abnormality until the very last moment. “Twins!” the young midwife exclaimed and promptly fainted. 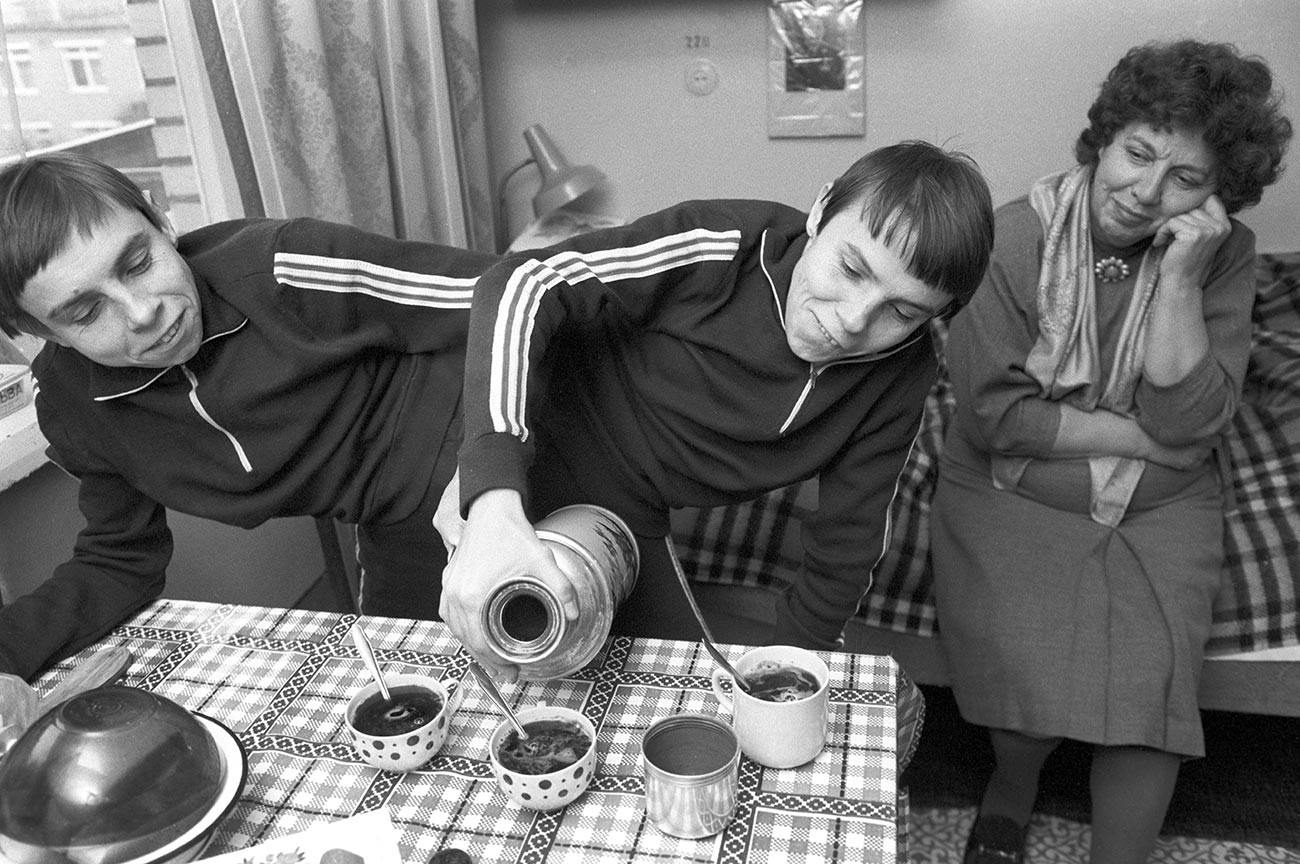 While Yekaterina was still in a state of semi-consciousness, it was decided to hide the babies from her. And when she came to, the mother was told: “Unfortunately, your babies were stillborn.” 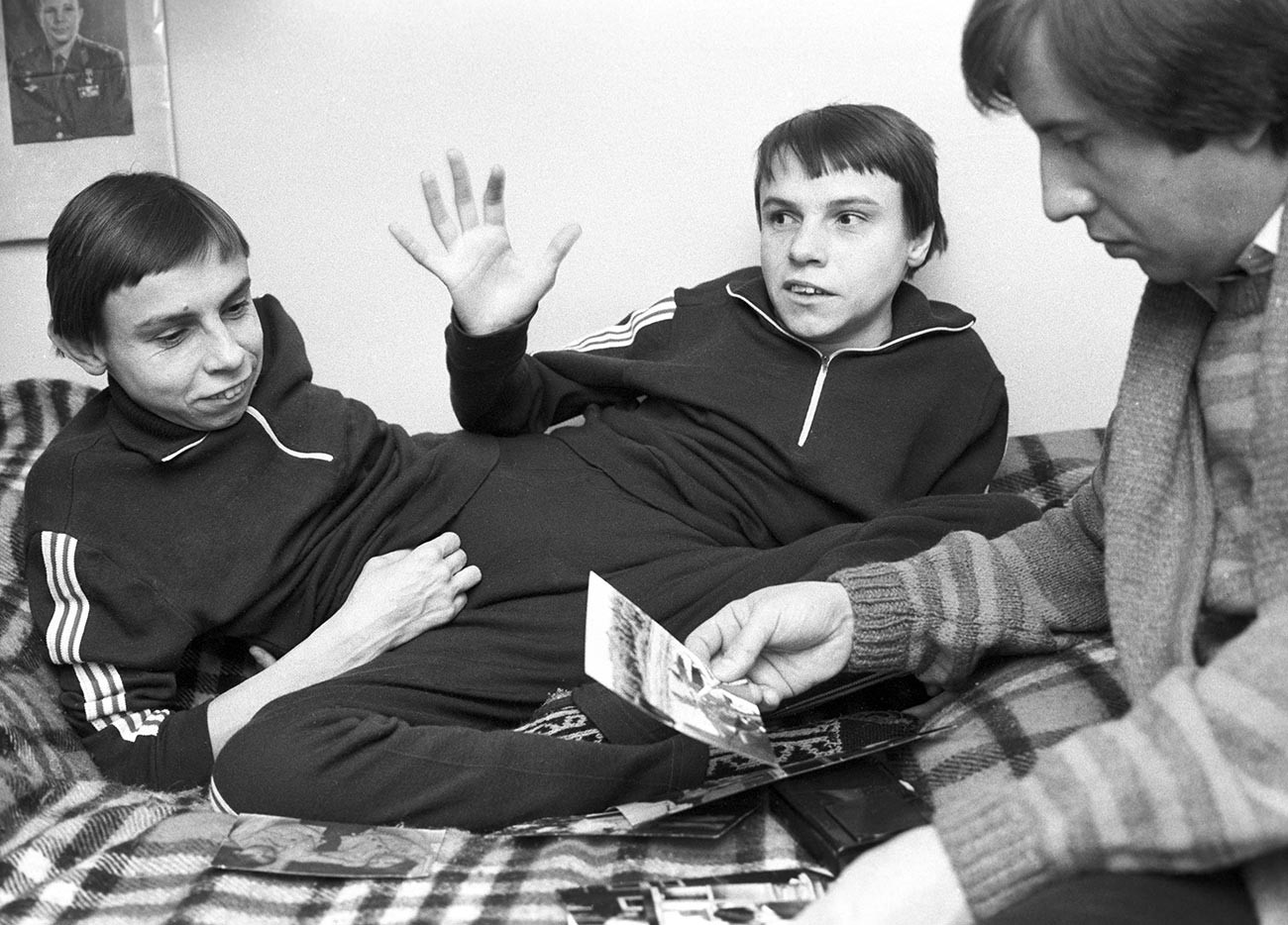 This decision was taken with the participation of the girls’ father - Mikhail Krivoshlyapov, who had been present during the childbirth. At the time, he was working as the personal chauffeur of Lavrentiy Beria, known as Stalin’s executioner. The twins’ death certificate was issued on the same day. 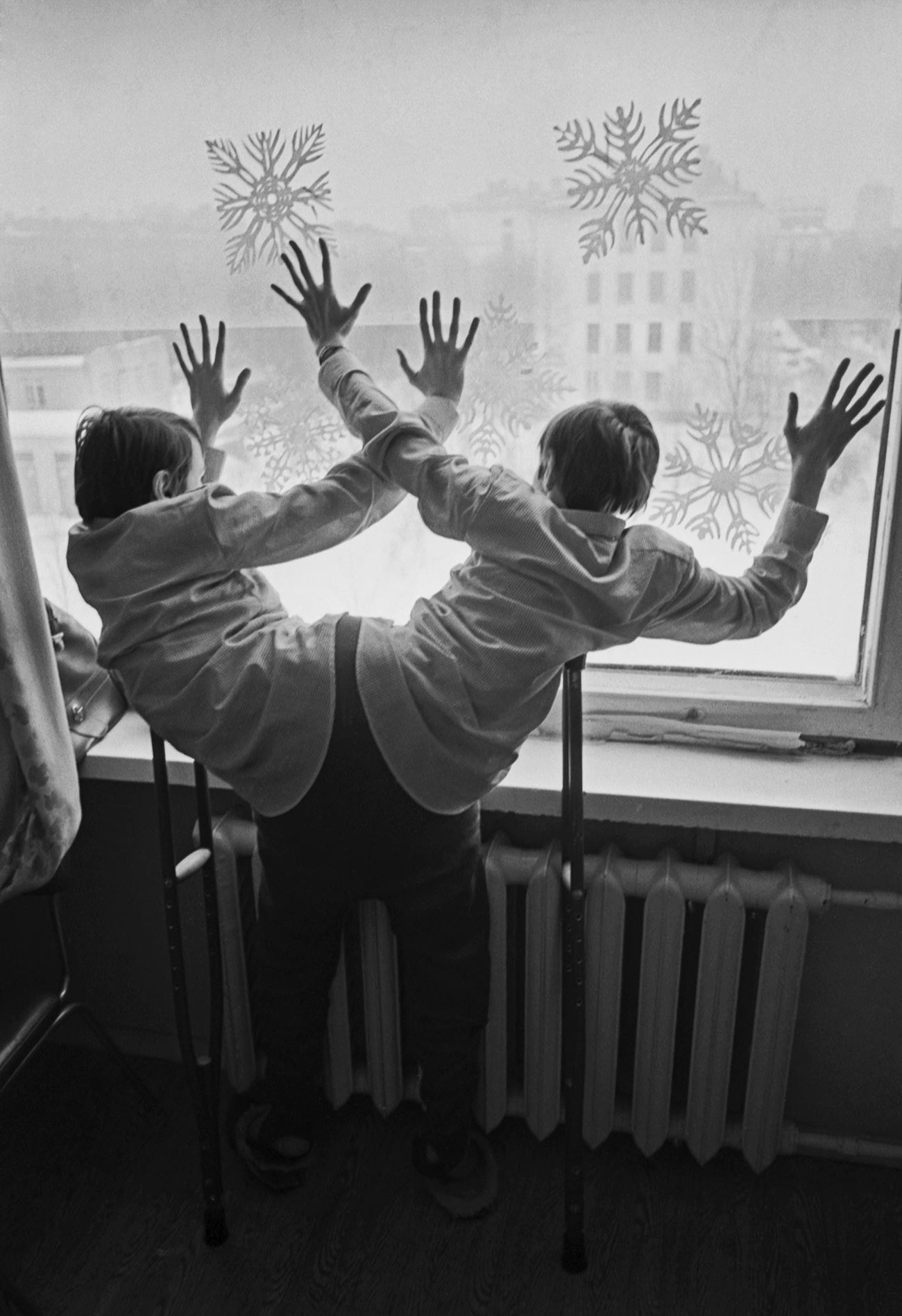 Yekaterina rose from her hospital bed two weeks later. She didn’t believe that the babies had been stillborn. “I heard a baby crying,” she said. One trainee nurse took pity on her and led her to an incubator ward where the twins were being kept. After what she saw, Yekaterina developed mental problems and spent the following two years in a psychiatric clinic. 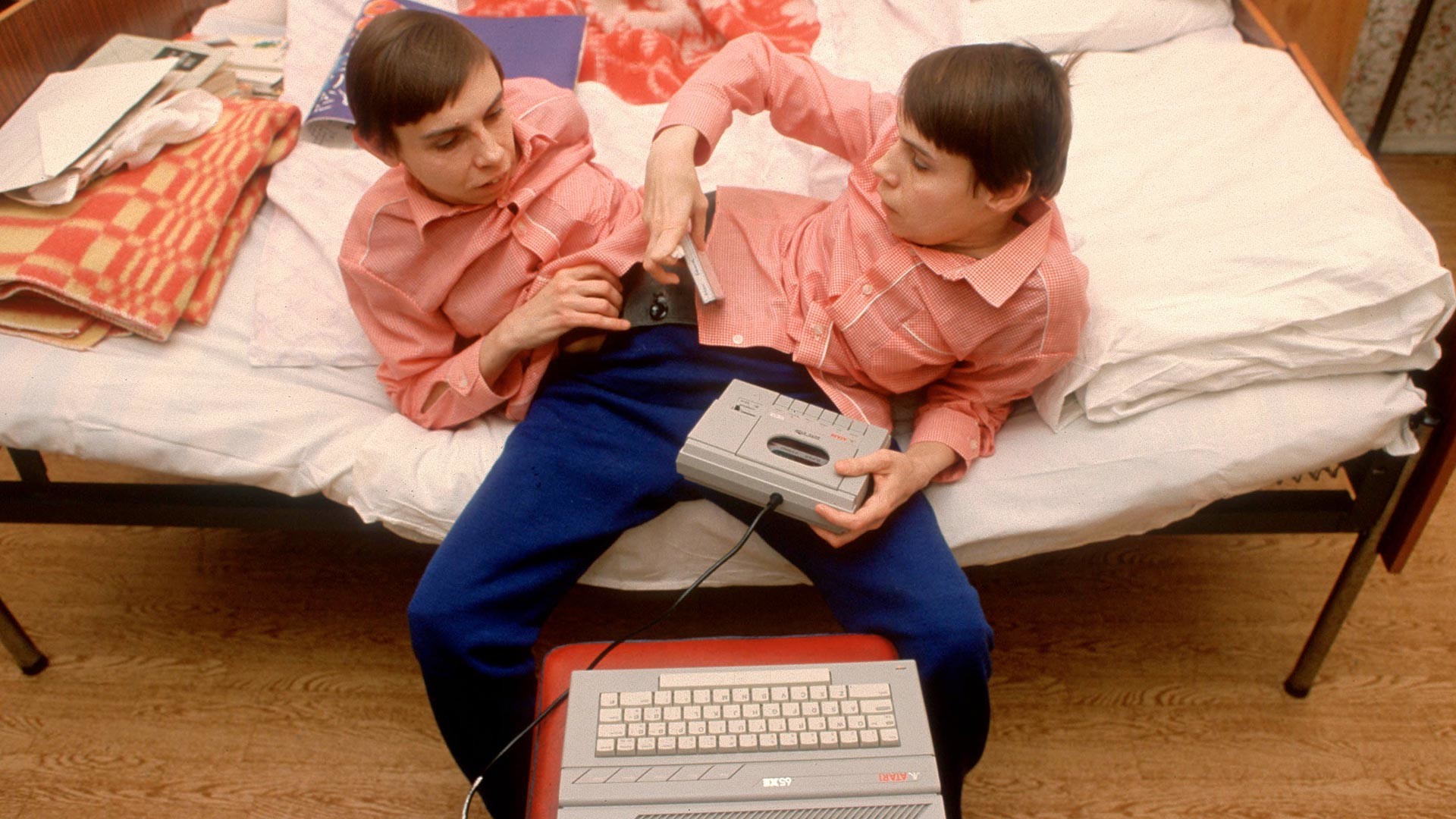 The state provided full-time care for Masha and Dasha - they spent the first seven years of their life under the supervision of prominent physiologist Pyotr Anokhin at the Pediatric Institute of the USSR Academy of Medical Sciences, where research was carried out on this very rare case of ischiopagi -  twins joined at the pelvis.

As would become evident subsequently, the girls were inseparably linked to each other not just physically, but also at the level of feelings and sensations. They had identical dreams; when one drank, the other got drunk; when one ate her fill, the other also felt full; when one was receiving dental treatment, the other felt pain and nausea as the anesthetic wore off; when one began to think of something, the other would continue the thought. But at that point, in the Pediatric Institute, the physiologists were merely attempting to ascertain the limits of their responsiveness to each other - by means of cruel experiments. 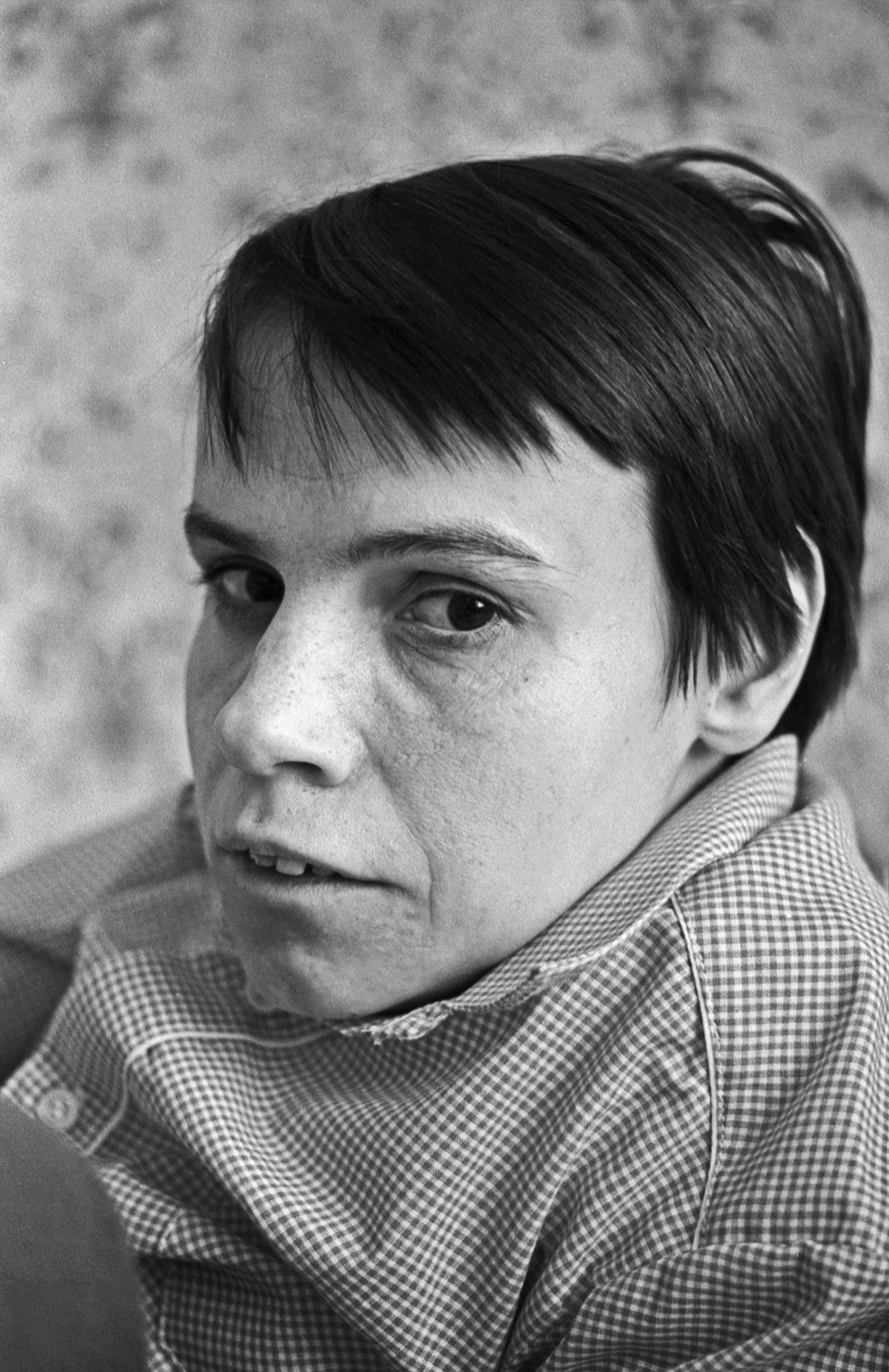 Scientists wanted to discover the roles of their separate nervous and cardiovascular systems, as well as their ability to adapt to extreme situations, such as sleep deprivation, sharp temperature fluctuations and hunger. At the age of three, they were held in ice for a long period of time. After this, one of the girls caught pneumonia and her body temperature reached 40°C, while the other girl had no symptoms. Juliet Butler, a British journalist and Masha’s biographer, knew the twins for 15 years when she and her husband lived in Russia. She stated: “They were injected with various substances, including radioactive iodine, to see how quickly it affected the other sister. Then they were measured with Geiger counters.” 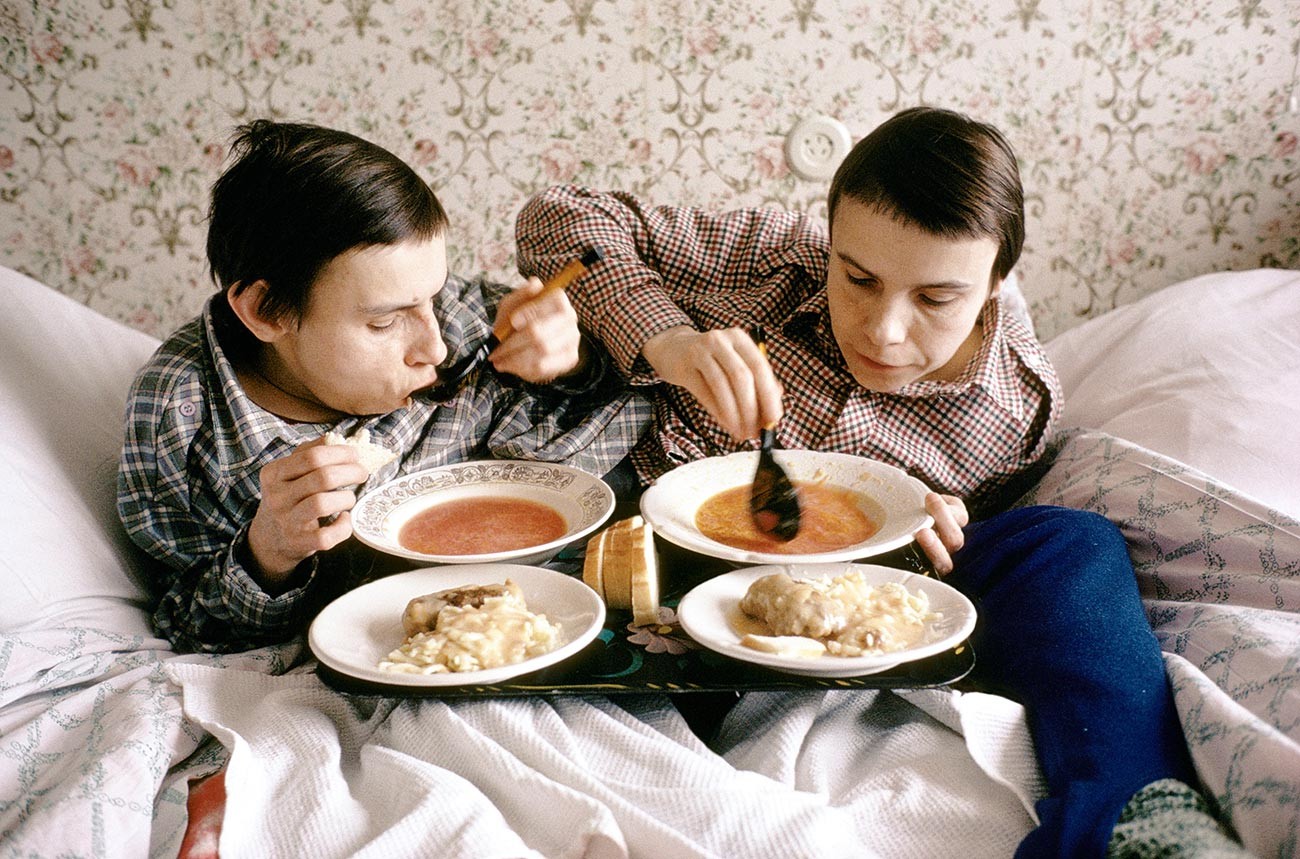 “The Stalin era” was the term used to explain away the utter cruelty of the scientific research. With the advent of Nikita Khrushchev and greater openness, the situation changed, and the press treated the first Soviet Siamese twins sympathetically for a time and the experiments were terminated. After the death of Professor Anokhin, American scientists made an “offer” for the twins, proposing to give the girls an education, occupational therapy and, subsequently, employment. But the Soviet medics turned down the request, despite the fact that, at the age of seven, the sisters were incapable of walking and even sitting was an effort for them.

‘We started drinking at the age of 12’

With the completion of the scientific phase of the research, interest in the Krivoshlyapovas started tailing off. Thanks to the scientists, they were briefly sent to the Central Research Institute of Traumatology and Orthopedics. There, their third leg was amputated “to stop it from attracting so much attention” and they received a primary education. 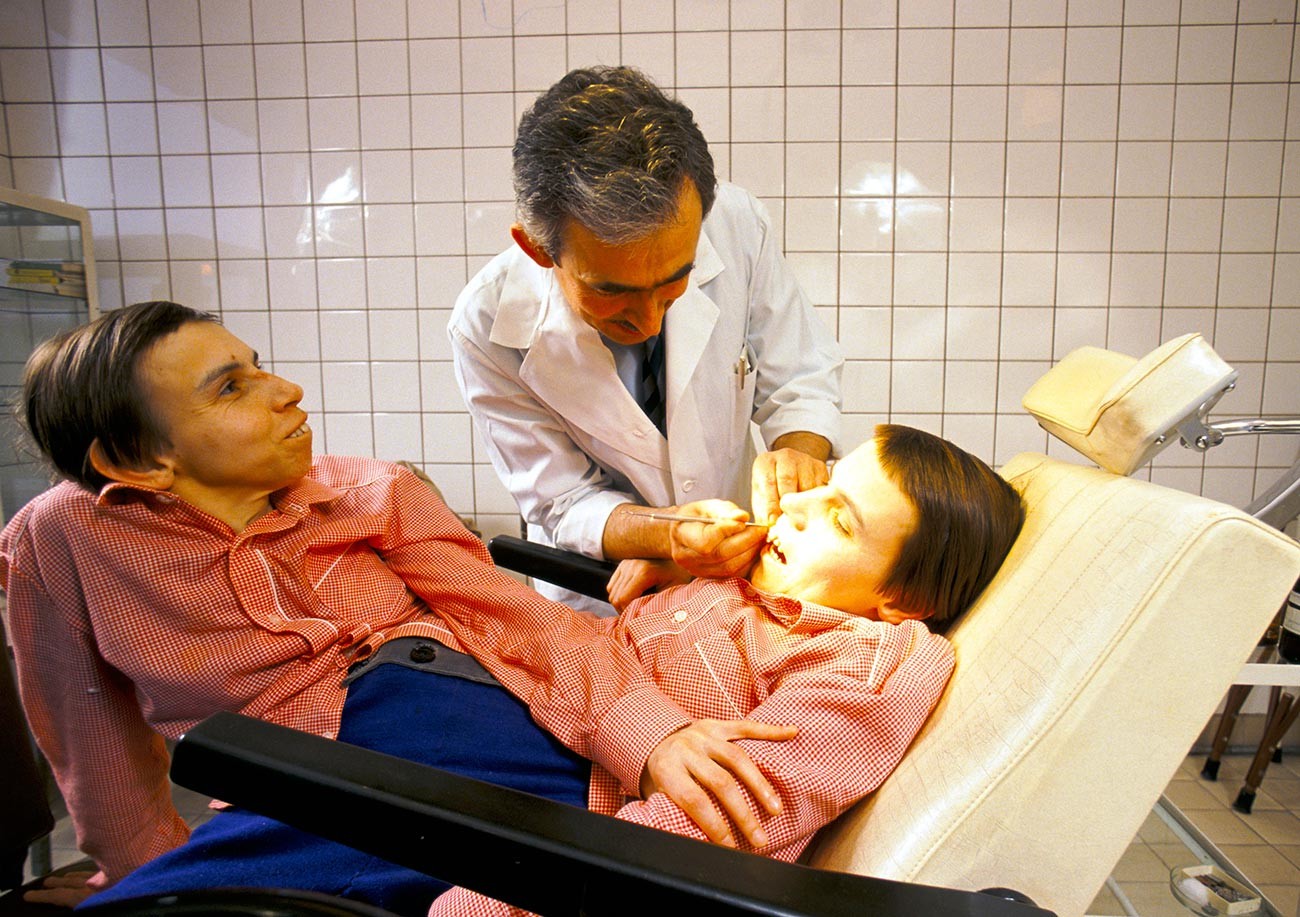 The twins had troubled feelings about the amputation: “After the removal of our leg, it was a long while before we were quite ourselves again. It was just like a normal person losing their leg. Our greatest fear was that everyone would be laughing at us. We’re very shy as it is, and feel enormously self-conscious about our appearance. And when we ended up legless, we were afraid of being seen by anyone for around six months.”

But the Krivoshlyapovas describe the moment they started walking with the aid of crutches (each of the sisters could only control one leg) as “the happiest of our lives”. 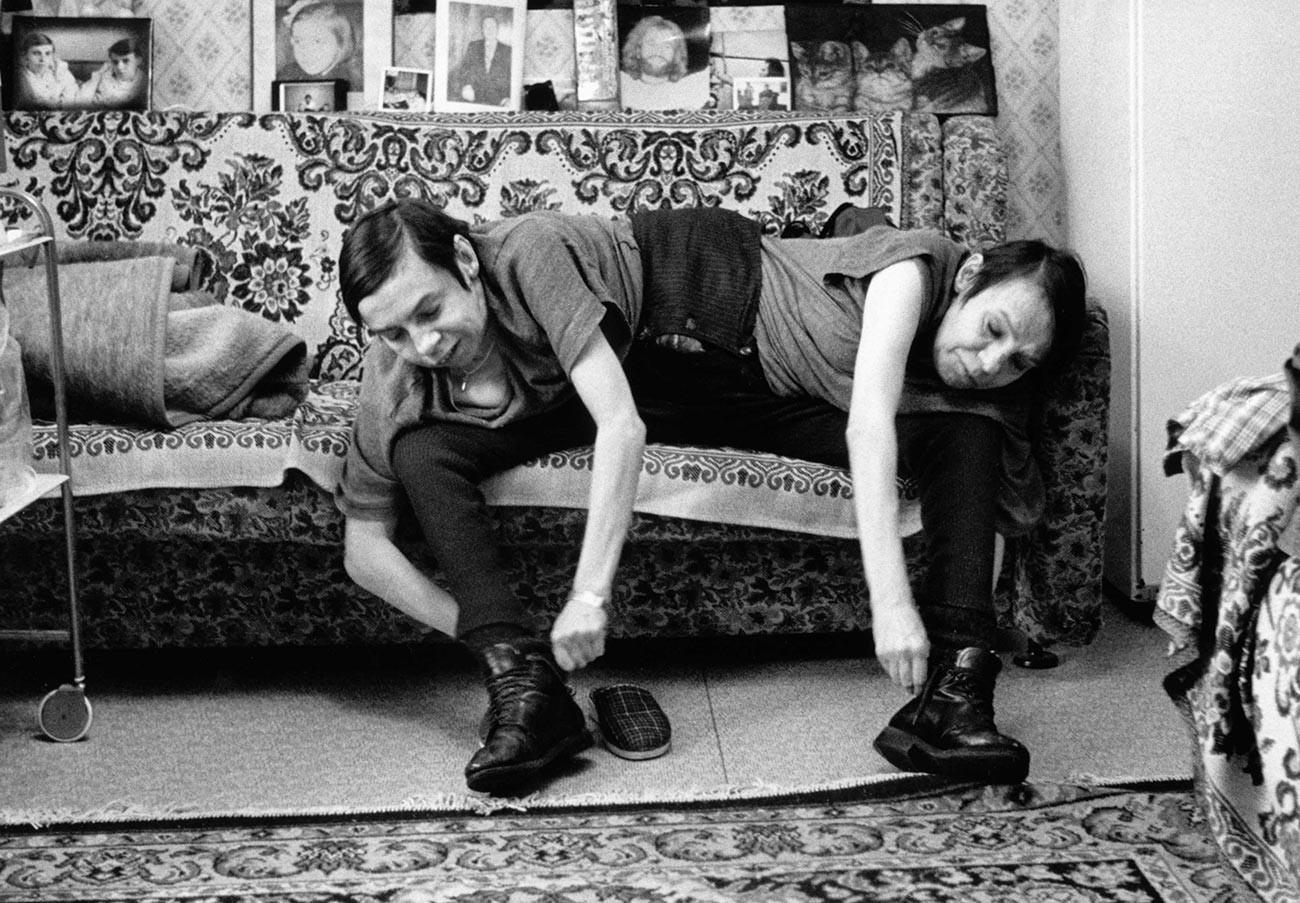 “It was the most terrible experience of our lives,” they were to say soon after this when, aged 12, they ended up in another institution - a Novocherkassk boarding school for children with motor impairment. 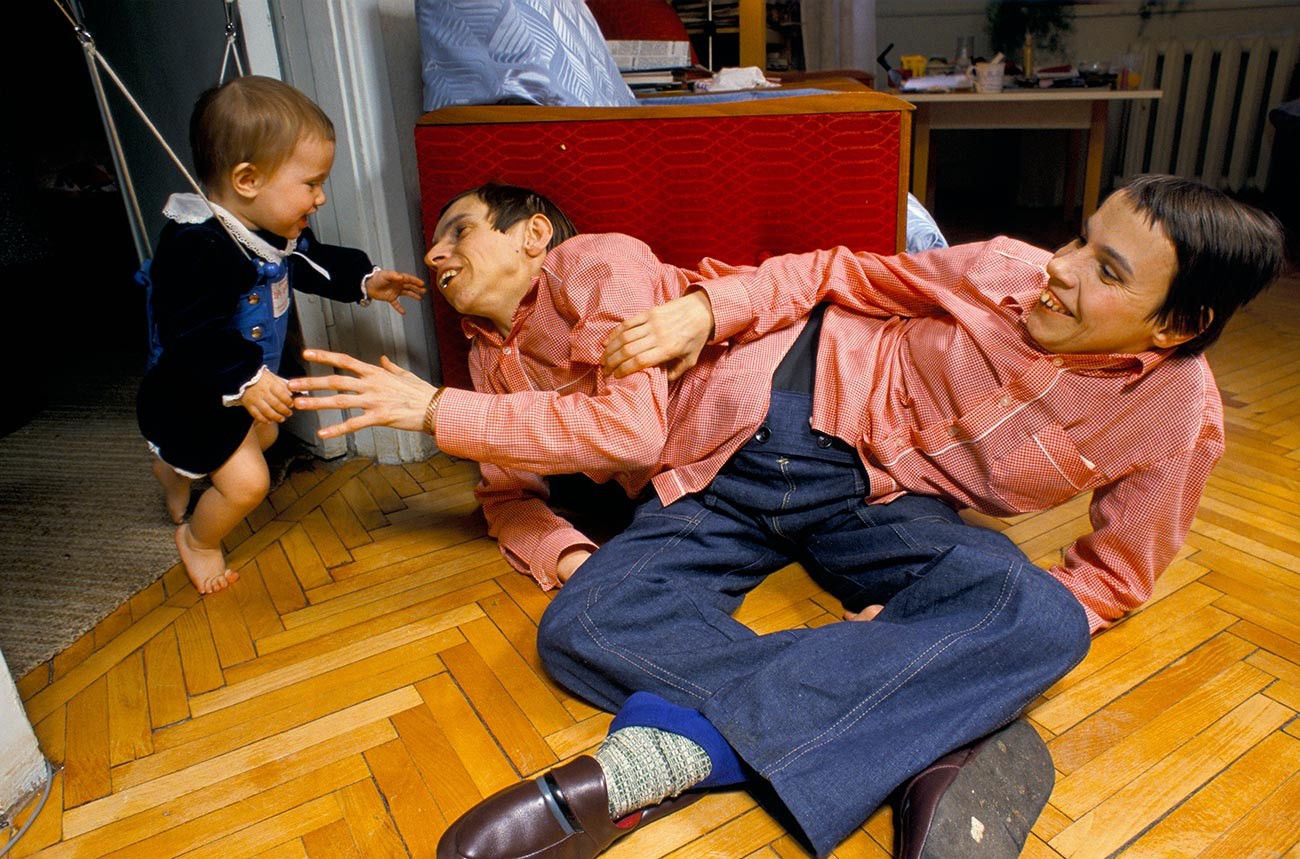 “While we were there, the thought of suicide crossed our minds for the first time in our life. For some reason, the other kids took an immediate disliking to us. We found ourselves frequently quarelling with the other girls. Masha was always fighting. While we were at the school, we had to endure constant mockery, humiliation and insults. For instance, in return for a bottle of vodka, boys from the class would show us to the local village children. Our classmates would frequently pour water into our bed and we would spread out a sheet of impermeable cloth and say nothing about it and this drove them mad… At boarding school, we started to stammer badly. The director of studies supported us to a certain extent, but it was still very hard. Can you imagine no-one at all talking to you?” they said.

It was at this time, at the age of 12, that they started drinking.

The alcohol problems only got worse with the passage of time. Mind you, it was only Dasha who suffered from alcoholism, while Masha smoked a lot. The two were not very tolerant of the habits of the other and, to the surprise of many, they were fundamentally different personality types. “We are two completely different people locked inside a single body,” they used to say. 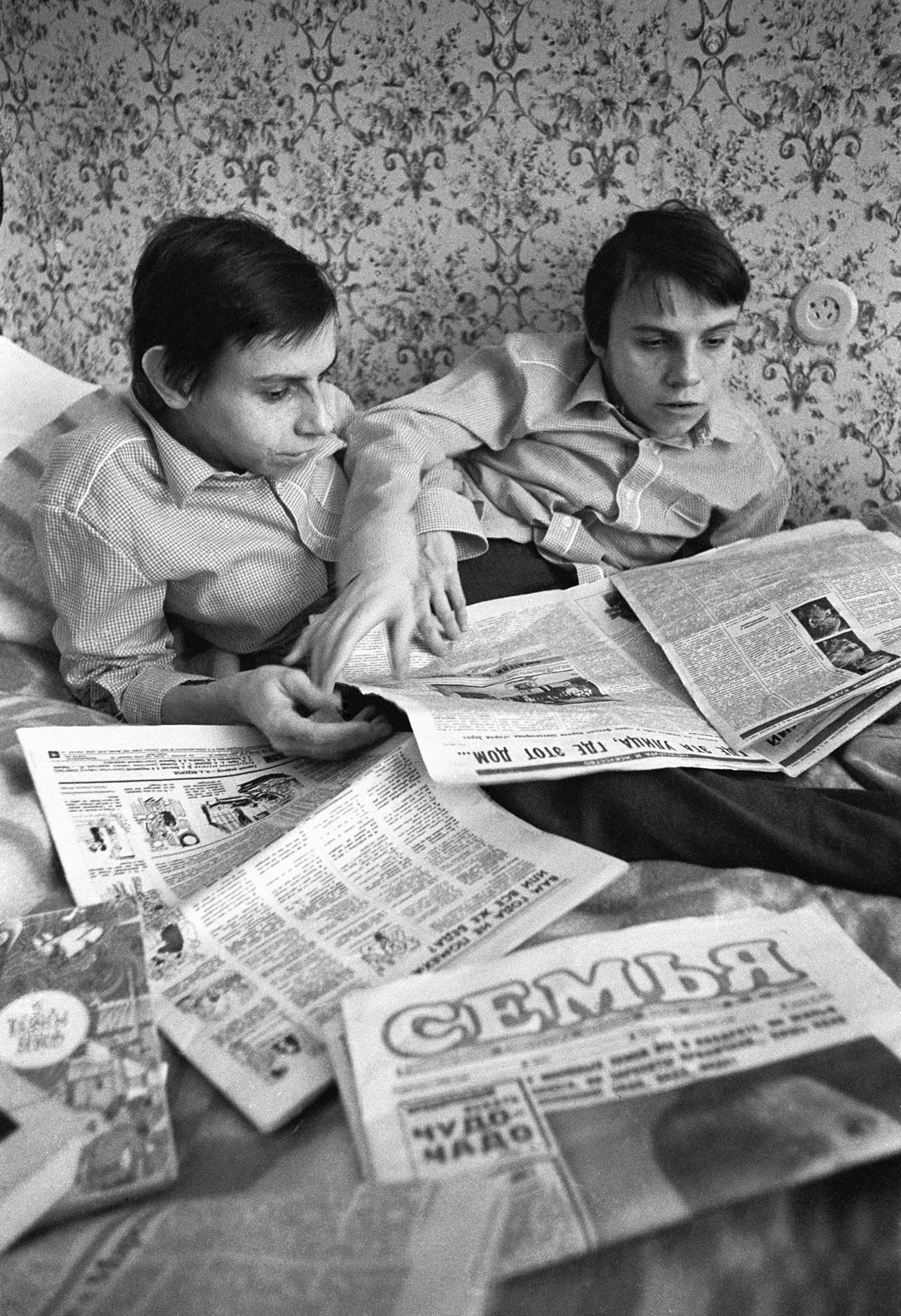 Dasha was more focused, calm and responsible. Masha had a short attention span, showed mood swings and was rebellious and physically stronger (when the sisters moved around, it was Masha who supported practically the whole weight of their shared body). While Dasha’s school report book was peppered with As and Bs until Year 9, Masha scarcely managed a C and usually got no more than a D and was always copying her sister’s work. “The teachers couldn’t seat us apart,” they joked. 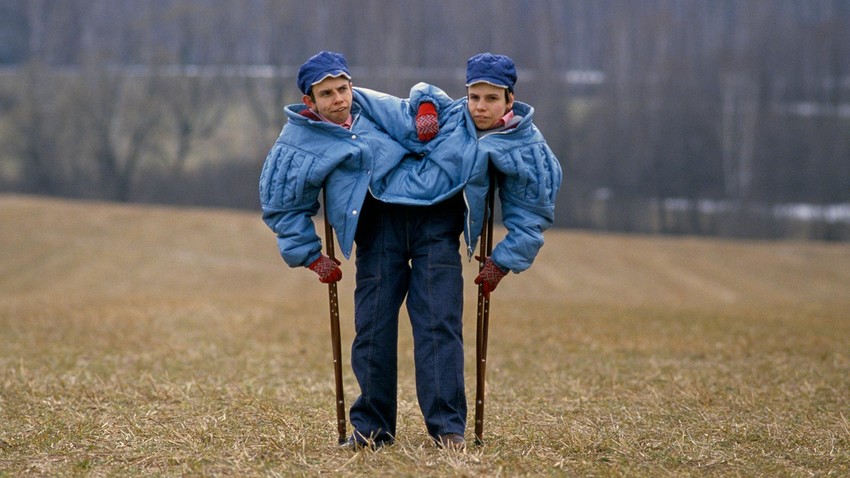 The sisters were frequently at loggerheads into adulthood. They couldn’t even agree on whether to seek out their birth mother. Masha was against the idea. In the end, they did trace her and discovered they had two birth brothers. “Instead of joyful embraces, we were greeted by a woman with the stony look of a complete stranger. From the entrance door, we were showered with reproaches and questions about where we had been and why we hadn’t come looking straight away,” Masha recalled. The brothers, two perfectly sound and healthy lads, refused point blank to accept they could be related. The sisters’ father has already passed away by that time, having succumbed to brain cancer in 1980.

They moved to Moscow in 1989 and were allocated a room in a home for war and labor veterans. But they continued to be stigmatized even there. In the 1990s, Western journalists took an interest in the Krivoshlyapovas (the twins almost always refused to talk to Russian journalists). In 1993, the sisters visited Germany, where a film was made about them, and then they went to Paris. Eventually, Masha’s autobiography, authored by Juliet Butler, earned them a large amount in royalties - around £10,000. The twins spent it on foreign foods, a computer and cigarettes, while the rest was kept in cash by them in a safe which stood in their room (and disappeared immediately after their death). “It’s envy,” is how they explained the stigmatization they were subjected to. 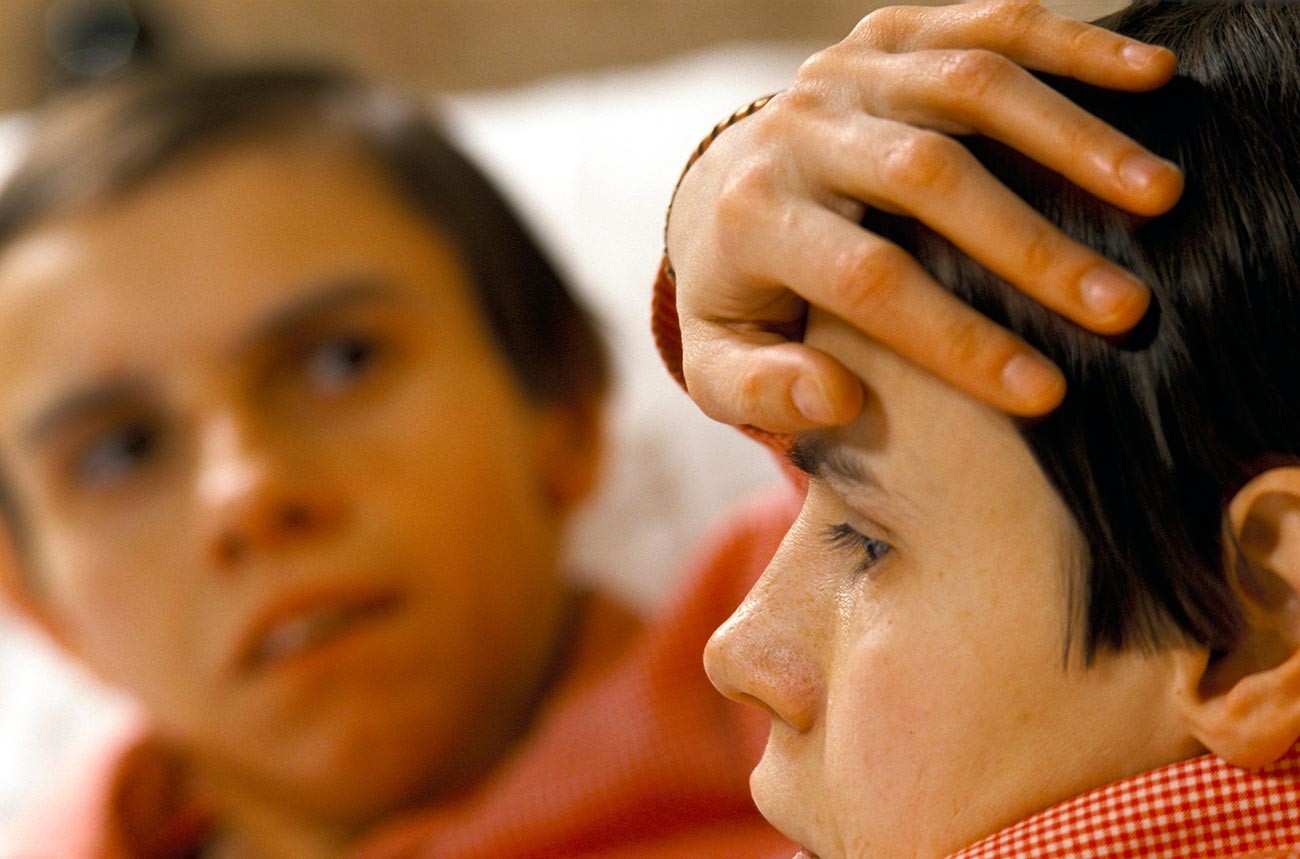 “In December 1997, I learned that Masha and Dasha were in a bad way,” recounted Sergei Fedorchenko, chief physician at the Perm Centre for the Treatment of Substance Abuse. “They drank terribly. All the attempts to get them to shake off their alcohol dependency came to nothing.”

Cirrhosis of the liver and pulmonary edema were diagnosed in the twins, after which they joined Alcoholics Anonymous and embarked on addiction therapy. But it didn’t last long. Fearing they would undergo a breakdown and die, the doctors took them off the treatment. 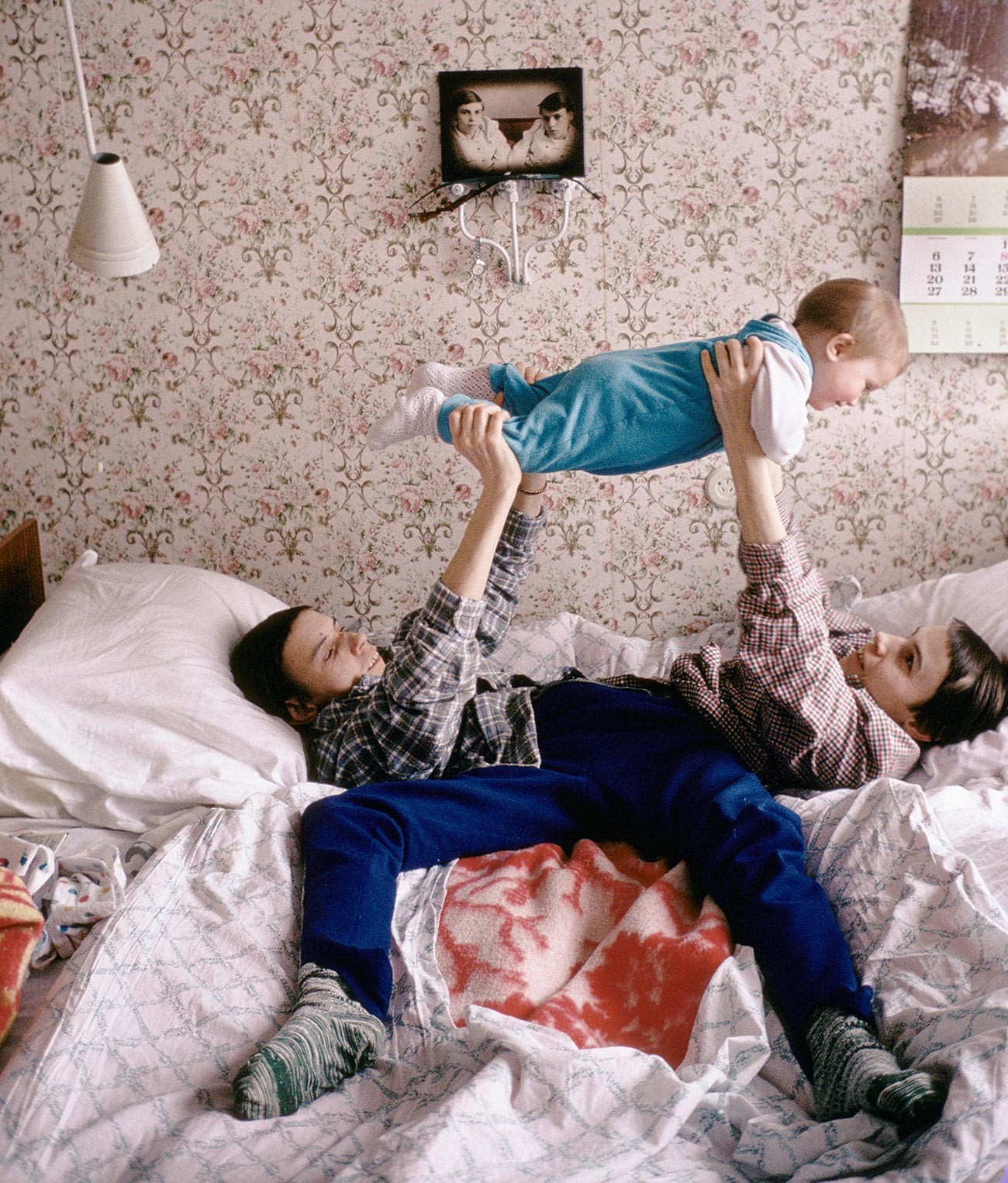 On their 50th birthday, they said: “We drink because we realize what freaks we are. Everything we’ve achieved in life we had to do for ourselves, through tears and entreaties. And that’s despite the fact that every step of the way people were shouting: ‘You’re unique! You’re entitled to anything! You need to take advantage of it!’ But take advantage of what - our freakishness? We have lived to be 50 thanks to our strong characters.”