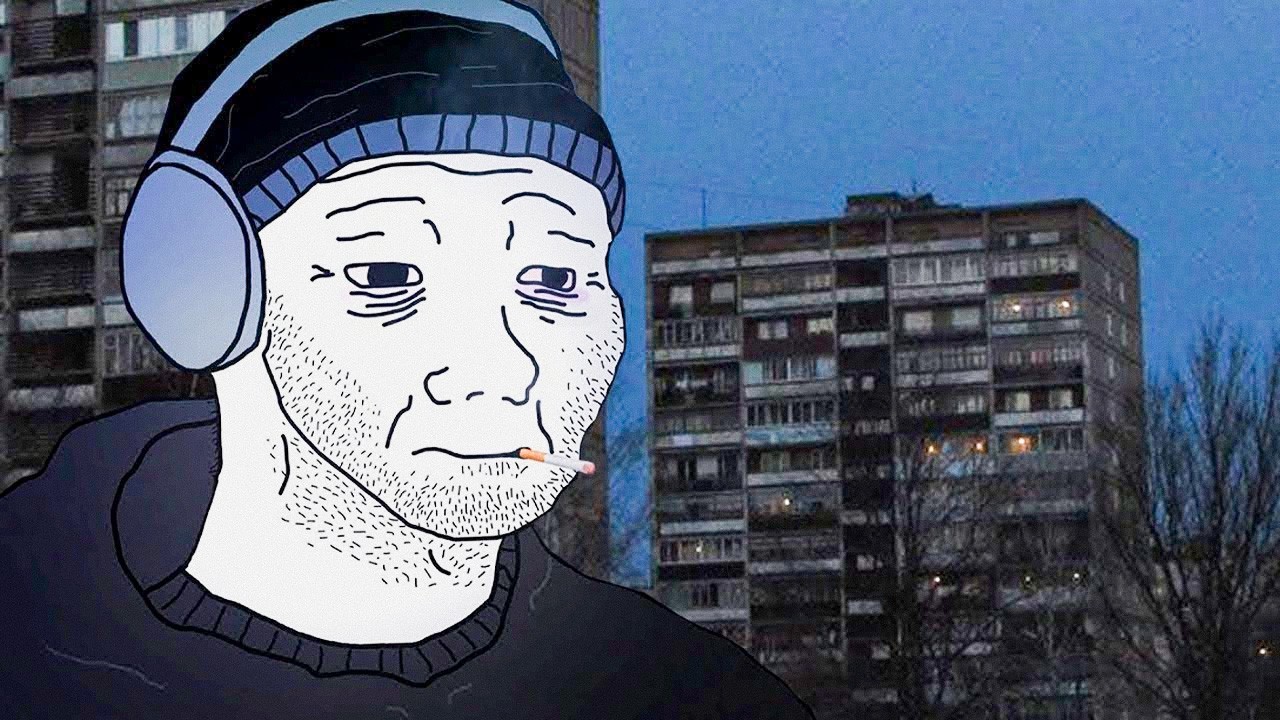 2ch.hk
Adherents of this new Russian subculture were just listening to post-Soviet music and dreaming of a better existence, when all of a sudden their aesthetic struck a chord abroad. Now, to a Russian doomer soundtrack Western vloggers are shooting KGB parodies and even how-to guides for dyeing armpit hair.

“... I was always drawn to ruins <...> Derelict buildings used and then abandoned for whatever reason<...> people use each other too, and abandon and forget them just as readily when the goal is achieved.  <...> I envy their mindset, so absorbed by consumption that it fails to notice the hollowness, the stupidity of their own aspirations and empty hopes. Their optimism seems abnormal to me. They dance around like holy fools in the sun, whose rays endow them with malign aspirations."

This is how Alexander Kolesov, a 27-year-old plumber from Moscow, expounds the philosophical underpinnings of his passion for abandoned buildings. In these surroundings, he listens to soul-scraping songs and indulges in deep reflection.

Alexander and likeminded Russians call themselves “doomers”. Russian doomers differ from their counterparts elsewhere by their love of the inimitable post-Soviet aesthetic. This infatuation has been unexpectedly picked up abroad: foreign TikTok videos with the hashtag #Russiandoomers have chalked up tens of millions of views, and Americans are shooting videos to the sound of late Soviet rock.

"I'd've hanged myself, but my mom baked a cake"

Bags under the eyes, hangdog expression, black hat, oversized headphones, cigarette between the teeth — this is the basic meme template of the Russian doomer that took the Runet (Russian-language internet) by storm in 2019.

The Russian doomer is essentially a derivative of the Western archetype that emerged in 2018 on the 4chan website. The Western doomer is 20–30 years old, already disillusioned with life, world-weary and depressed. Meanwhile, the typical Russian doomer is a bit younger, no more than 25, a failure in both academic and personal life, and full of nostalgia for a carefree childhood spent in a Russian backwater with dark snow-covered streets and dilapidated panel buildings. More than anything else in the world, he loves roaming the streets at night, listening to his favorite songs on repeat. 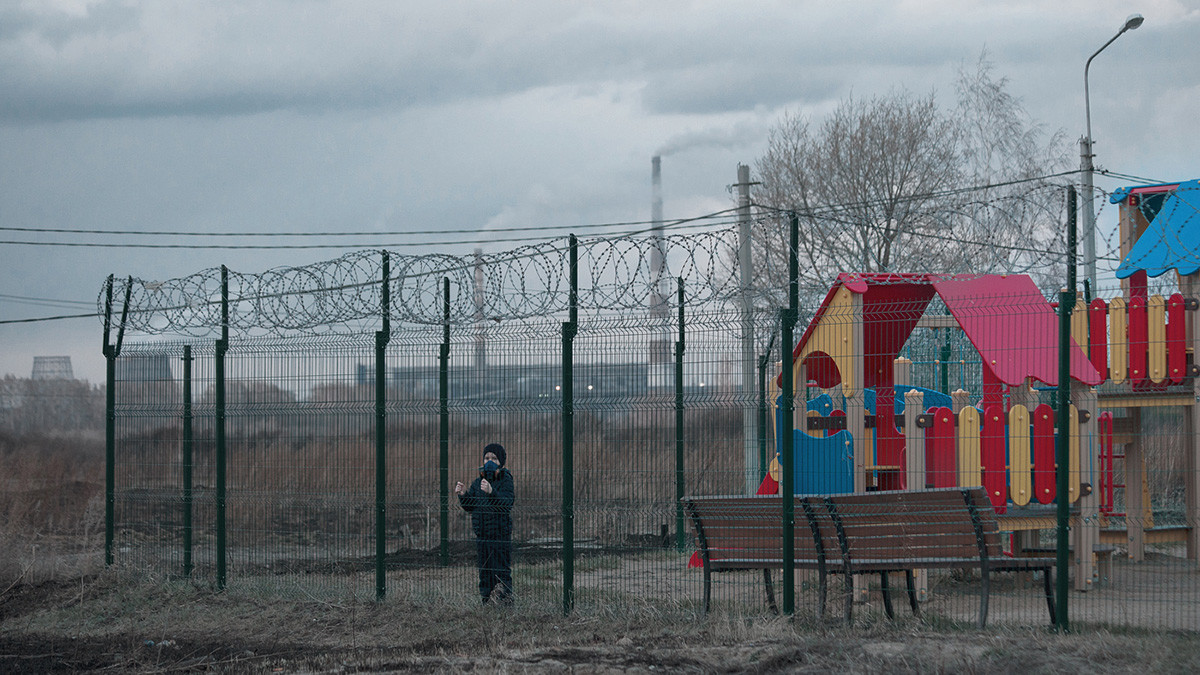 In their communities, Russian doomers talk about life’s misfortunes and get support from their own kind. The stories tend to be about unrequited love or relationship disasters — for example, one doomer gives an in-depth account of how he got diarrhea on a first date. Many simply express their melancholic mood by describing the pitiful landscapes they see each day.

"It’s 7 a.m. You step outside, the cold immediately bites your face, you shuffle along the dimly-lit half-empty streets <...> The snow crunches underfoot, you see gloomy panel buildings, student hostels, private houses and gummed-up trolley- and minibuses. You go back inside, and only then it starts to grow light, there's no sun over the city, just a bright spot rising swiftly behind the clouds, illuminating the streets and penetrating the windows — only then do you wake up from this view,” writes one such doomer.

Doomers also have their own taste in music — most often late 80s Soviet rock, as well as post-punk and synth-pop, inspired by Depeche Mode and the like.

Fans of the post-Soviet aesthetic often post YouTube playlists of Russian doomer music. The videos get flooded with comments from the nostalgic audience, and sometimes it’s hard to know whether it’s playful irony or the genuine outpouring of a lost soul.

"I'd've hanged myself, but my mom baked a cake";

“I remember how me and my mother went to Omsk. The road lined with streetlights, night-time and this song. Mother tells me to fall asleep, and I stare out the window, listen to the music <...> I’d give anything to go back and hear this song for the first time”;

“I first listened to this song on cassette before starting my Lada at -30°C in Siberia. Same for me too!";

“I just ponder how in five years’ time I’ll walk around my footworn but achingly beloved district, past the garages, remember my whole childhood, and realize that nothing lasts forever, and only you and your sadness will remain,” a commenter writes under a doomer song.

According to Alexander Kolesov, whose reflections on derelict buildings are outlined above, real doomerism has nothing to do with nostalgia.

“A doomer is someone who figured out how things work and how to be successful in [life], but was too late. Often a doomer is a smart guy who doesn't make a show of his understanding nature just to make a fleeting impression. I have this constant sense of being superfluous, I feel life’s emptiness. But it’s not about outsiders or losers, although there's a certain percentage of such people [among doomers],” asserts Kolesov. 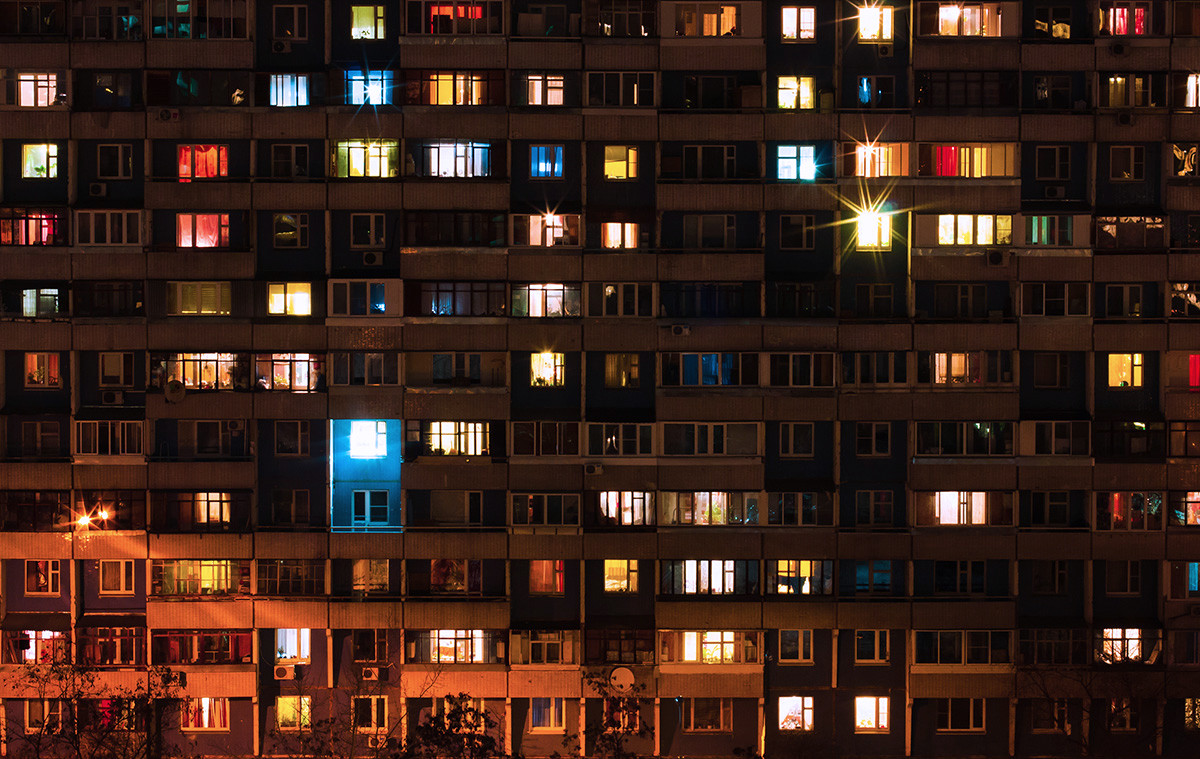 According to high-schooler Vlad Nesterov, a doomer can be anyone who experiences problems at a certain stage in life, no matter what age.

“I think everyone's had trouble in their life. Listening to Russian post-punk, smoking, drinking, you become immersed in sorrow and the spirit of old Soviet buildings. But that’s not right, it’s a departure from reality. What's needed is to be able to solve your problems,” says Nesterov.

Alexander Korolev, owner of the Russian Doomer Music community on the social network VKontakte, disagrees with Nesterov. Judging by his group, most doomers in Russia are males aged 16–21, and their aim is simply to find ways to combat life’s difficulties.

“Not everyone can call themself a doomer; that’s labeling. For me, and possibly other group members, it’s more a state of mind. People just love the aesthetic of tall buildings of yesteryear. You look at them and hope that maybe things will get better over time. It gives you strength for tomorrow,” Korolev sums up. 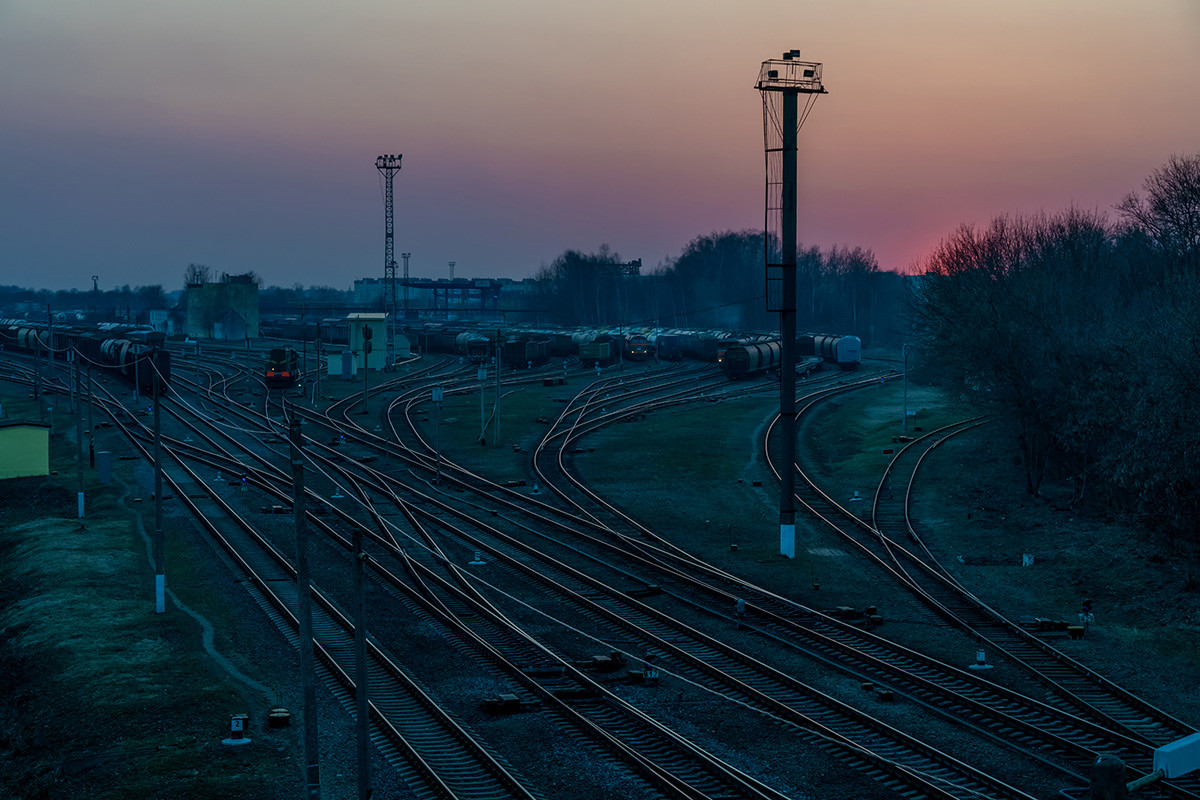 According to psychologist Olga Propubertat, being part of the doomer community is an opportunity to be oneself.

“In today’s world, it’s common practice to enjoy life and not bother anyone with your problems. But here people can share their thoughts without reproach. Doomers are not obliged to radiate happiness and success, they can be depressed; they, like anyone else, have a right to negative emotions. Allowing sadness to exist is an important process in society that we should strive toward,” believes Propubertat.

Russian doomers are the real deal

In Europe and the U.S., Russian doomers have achieved cult status thanks to their favorite music: late 80s rock and modern post-punk. The track “Sudno” (“Vessel”) by Molchat Doma (“Houses Are Silent”), a Russian-speaking band from Belarus, uploaded on YouTube in January 2019, has so far clocked 18.4 million views, with most of the comments underneath from foreigners. In May 2020, the track reached No. 2 in the Spotify Viral 50 global chart. 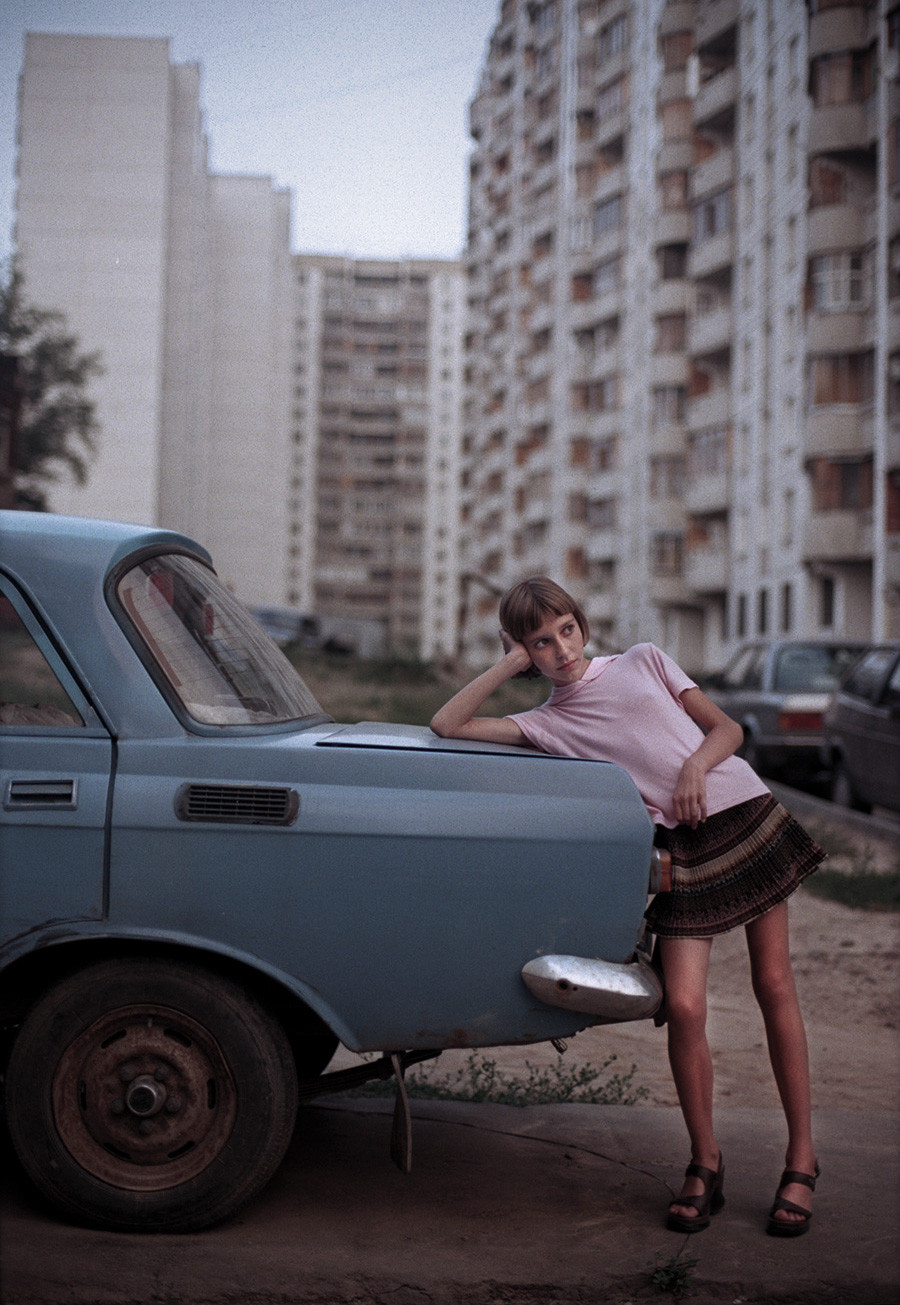 It was also a hit on TikTok, appearing in more than 163,000 user videos worldwide, the most popular being parodies of Russians, cross-dressing trends and... tutorials about dyeing armpit hair. And that’s despite the less-than-jolly lyric: “Living is hard and comfortless, yet it’s comforting to die.”

“I have two minds about the TikTok trend, because you see that people don’t have a clue what the lyrics are about. That said, even though from the outside it all looks a bit insane, it’s very nice when people choose your song,” said Pavel Kozlov, Molchat Doma bass player, in an interview with Afisha Daily in August 2020. Guitarist Roman Komogortsev added that it's okay to just enjoy the vibe of a foreign track without understanding the meaning, especially if it sits well with TikTok trends.

All the same, foreign listeners do not fully understand their addiction to Russian doomer music, and pose this very question in their YouTube comments. Other users believe that only this subculture is capable of conveying the feelings of all people.

“This sounds like the feeling you get when you fulfill your lifelong dream and realize it does not make you feel better about your life at all,” Simon McGough is sure.

Fellow user Roger King is convinced that it stems from the uniqueness of Russian culture. 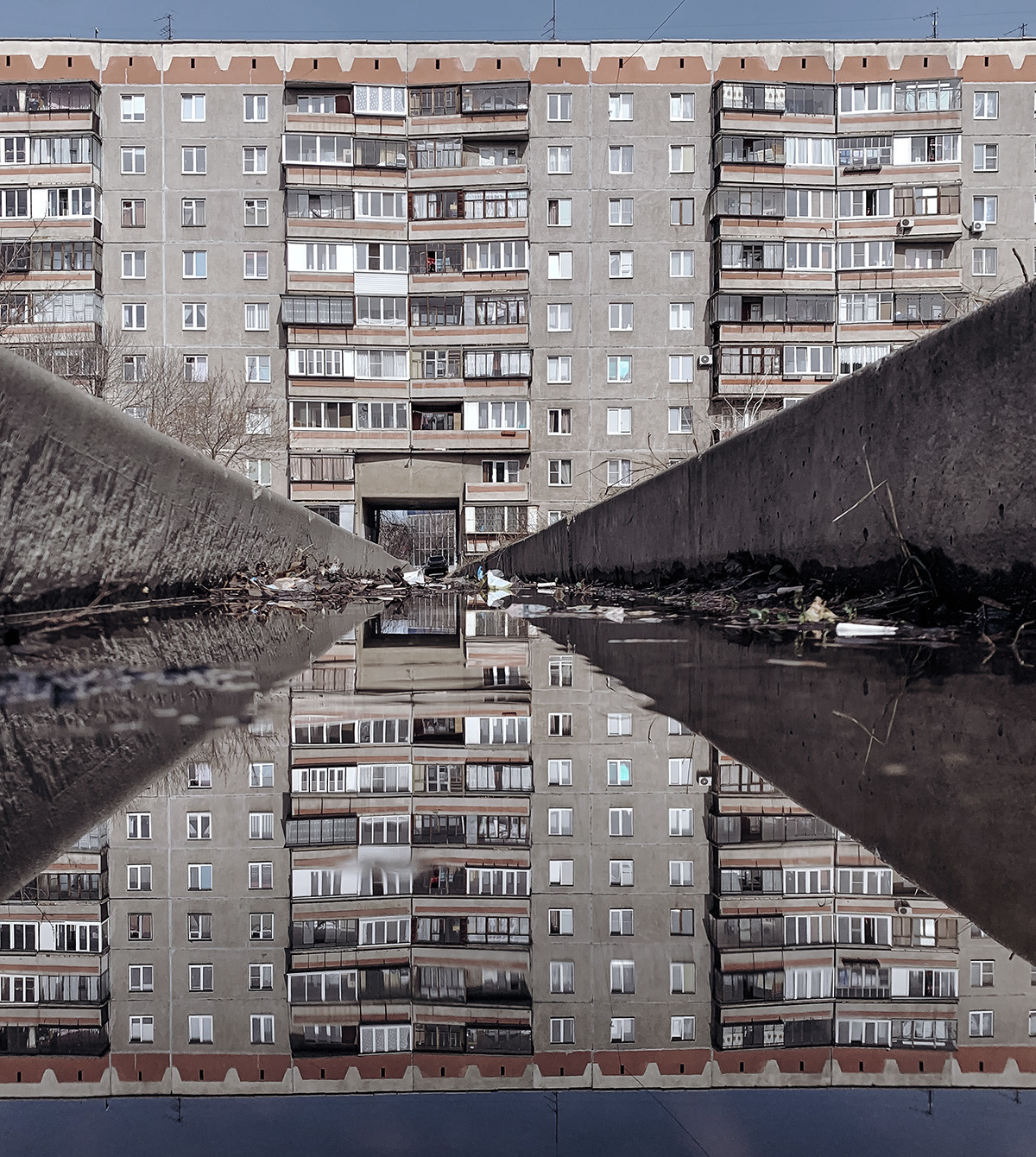 “Because Russia and Russians have a beautiful vibe that suits how Western men feel in the post-industrial phase of capitalism. We are slowly breaking and silently screaming,” he writes.

Others lay the blame squarely on YouTube's algorithms.

“Because even Youtube understands that's the only truly doomers is – Russians [sic],” sums up Dominus Ursus.