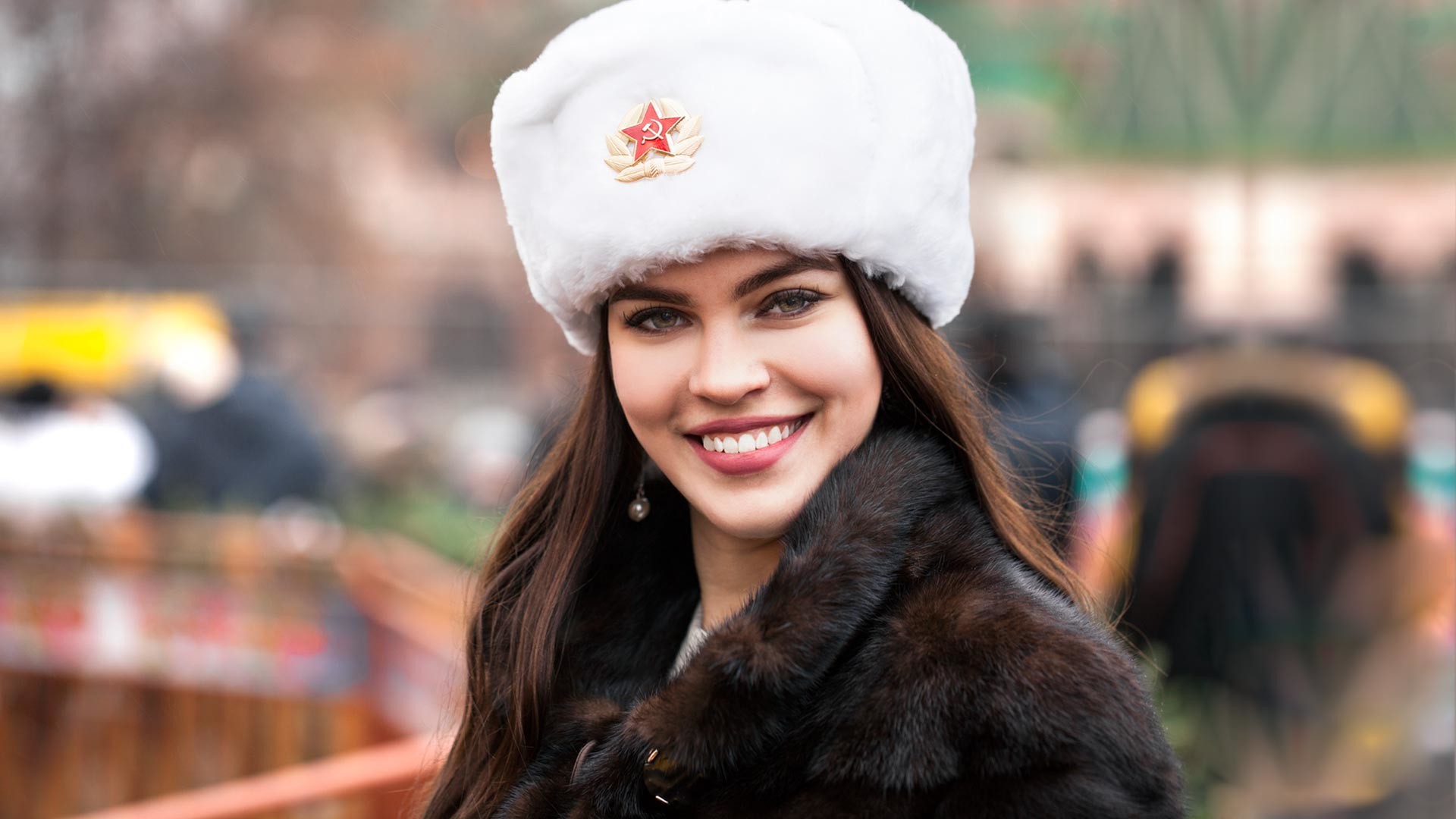 Legion Media
It’s the most popular souvenir that foreigners buy in Russia, the most recognizable attribute of all Hollywood movies that feature Russia and, simply put, the most useful winter headcover!

What comes to your mind when you imagine a ushanka hat? Let us guess! 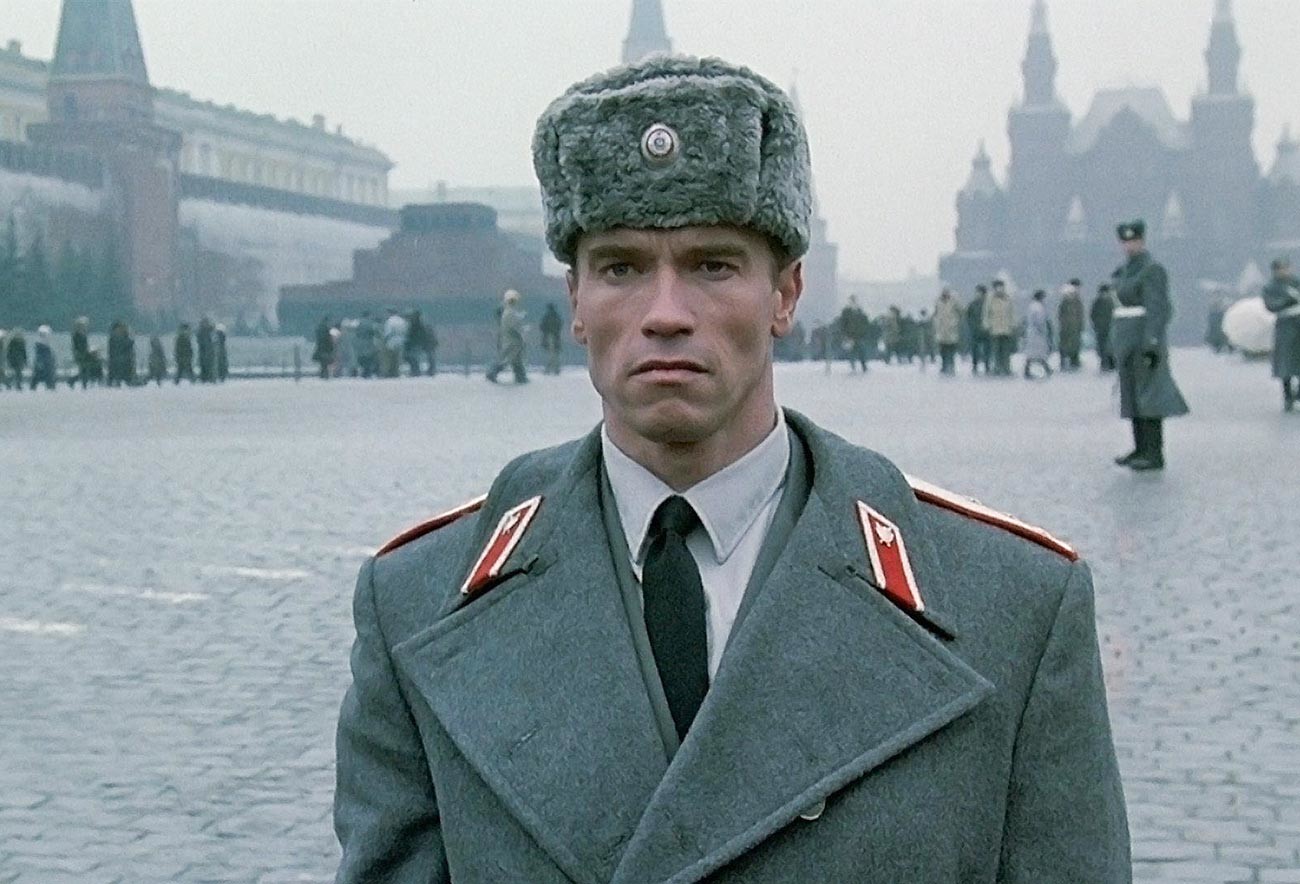 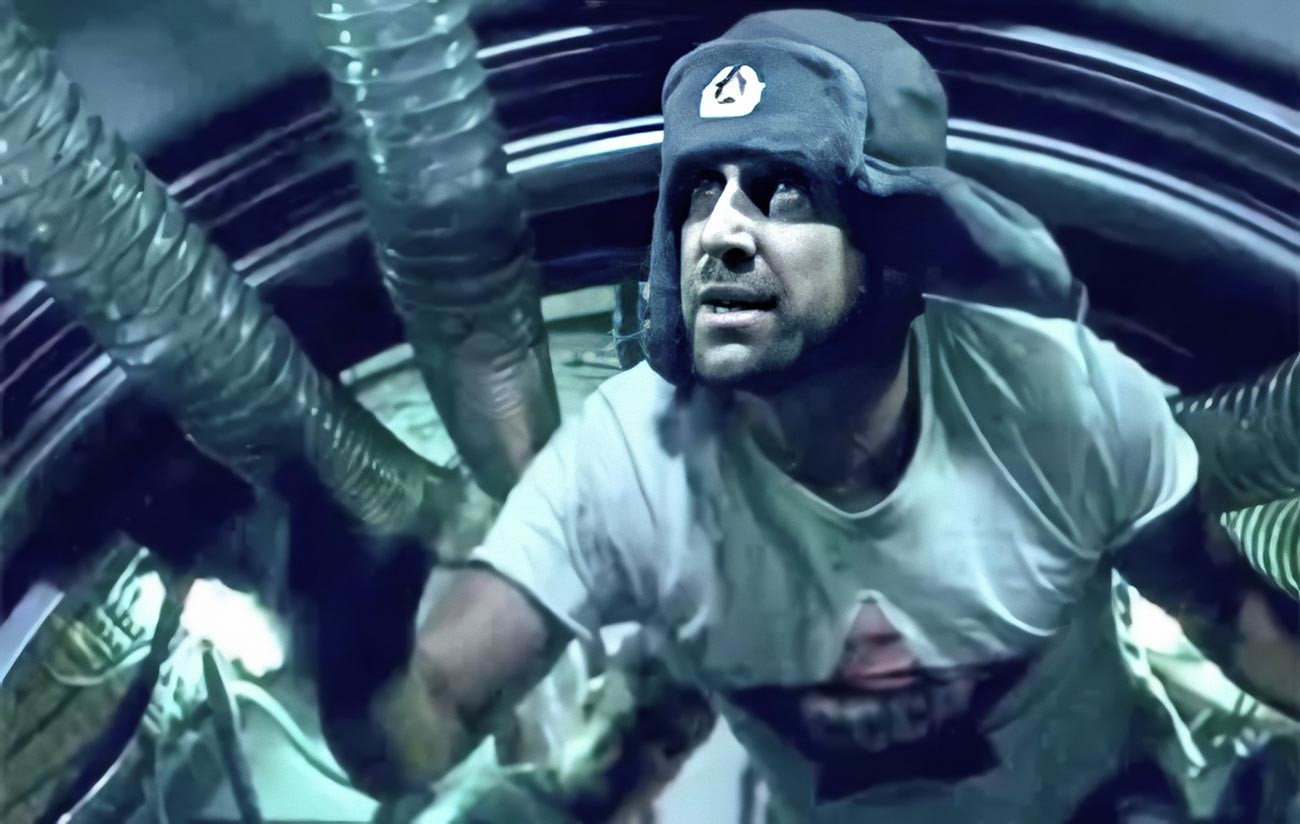 Well, it’s a matter of honor for a stereotypical Russian character in a Hollywood movie to wear a ushanka, especially if it’s a KGB agent.

Due to this widespread image, the ushanka became a recognizable Russian symbol, like the matryoshka and balalaika. And, as a result, a popular souvenir. And of course, if you are going to arrange a Soviet-style party, you won’t go without a ushanka! 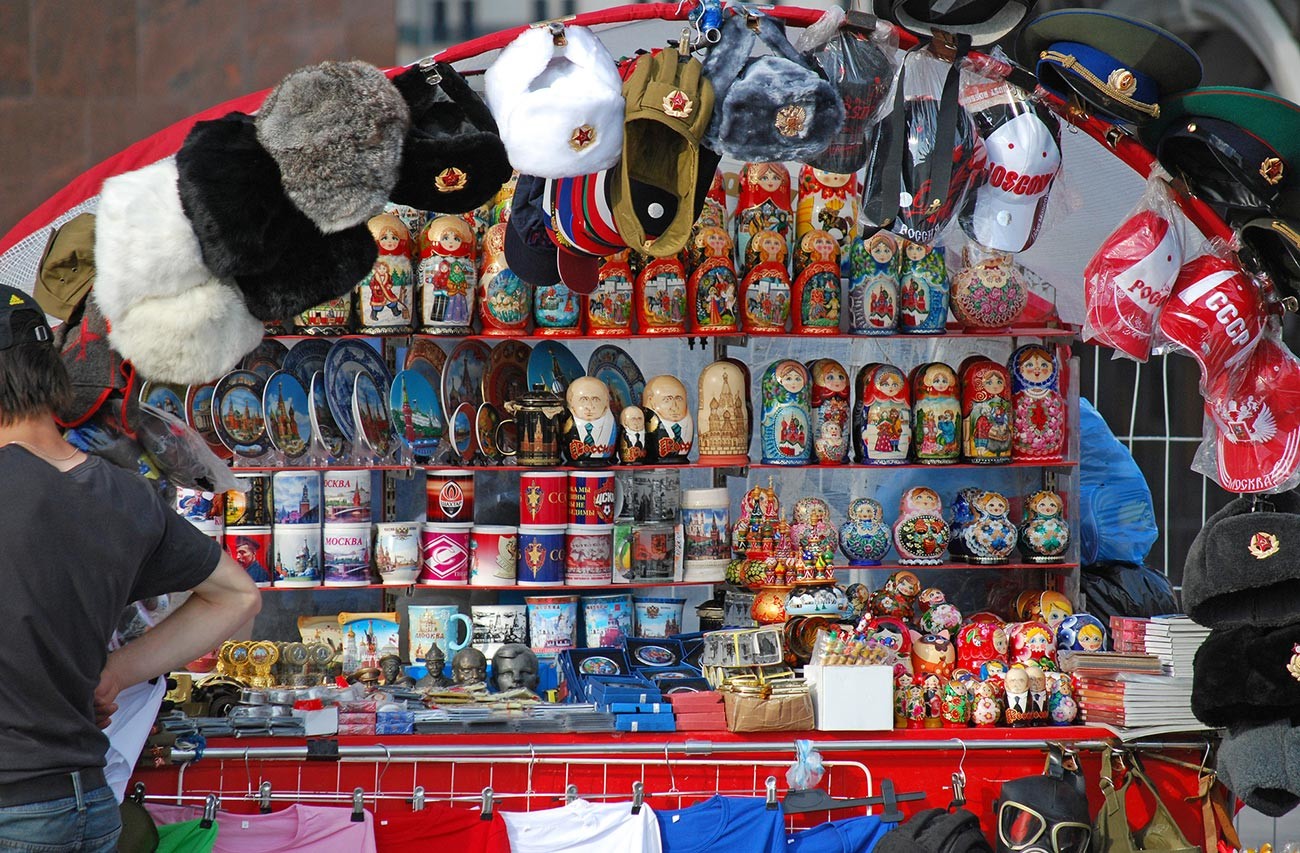 Souvenir stand on the Red Square

What are the origins of the ushanka?

If you thought that Russians have been wearing the ushanka since the dawn of time, we have to disappoint you! The ushanka appeared only in the 20th century.

Throughout its history, Russians have had enormous amounts of winter hat types. Male and female, noble and peasant - each region had also its own variation on what to cover one’s head from snow and wind. Here are just a few historical examples. 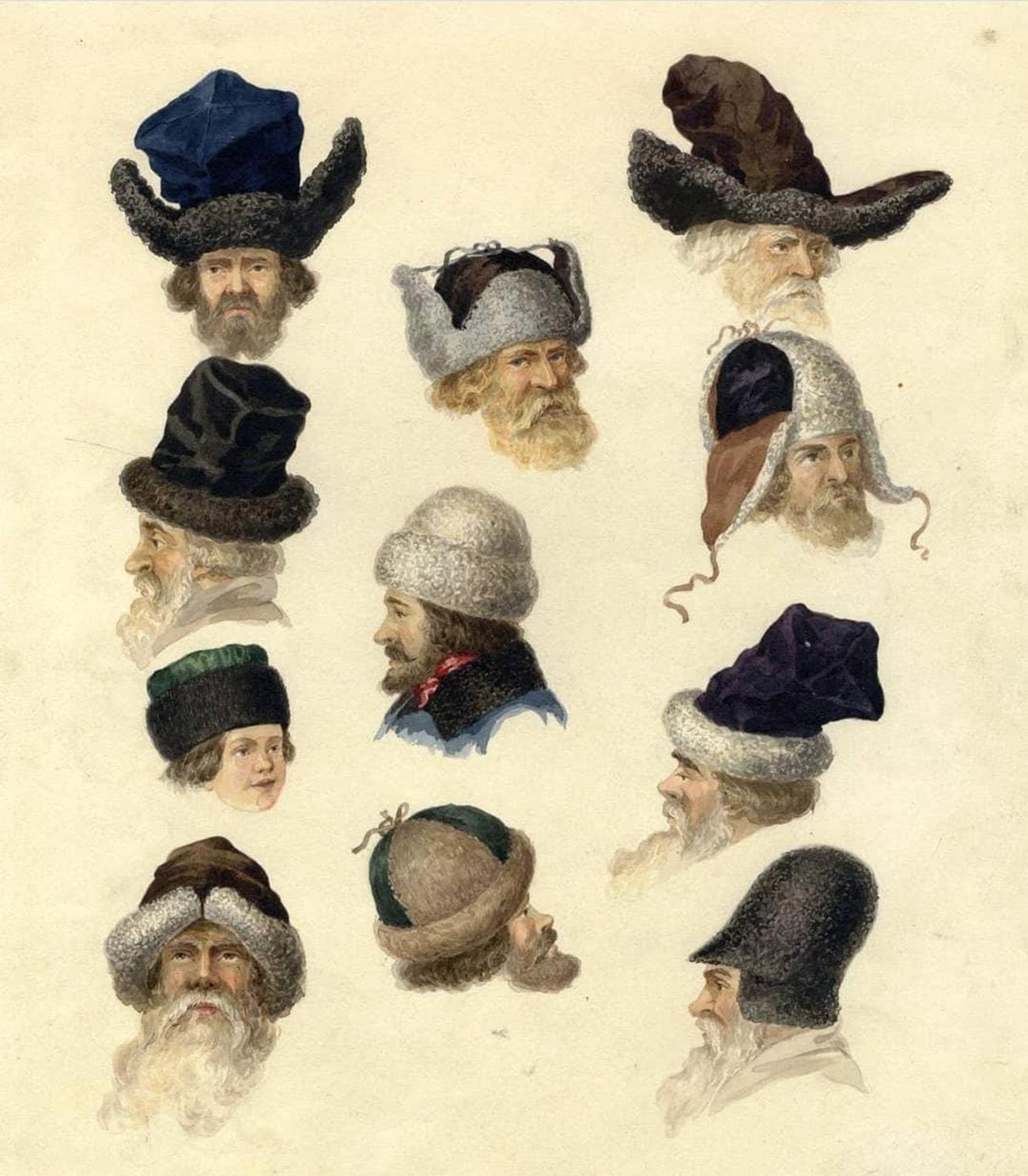 None of these hats is actually a ushanka. The only one that looks similar is the top example in the middle column.

Indeed, the ancestor of the ushanka is called treukh. The name comes from the Russian words три уха, or tri ukha (“three ears”). It consisted of a round cap and three fur earflaps that hid the ears, the nape and forehead. 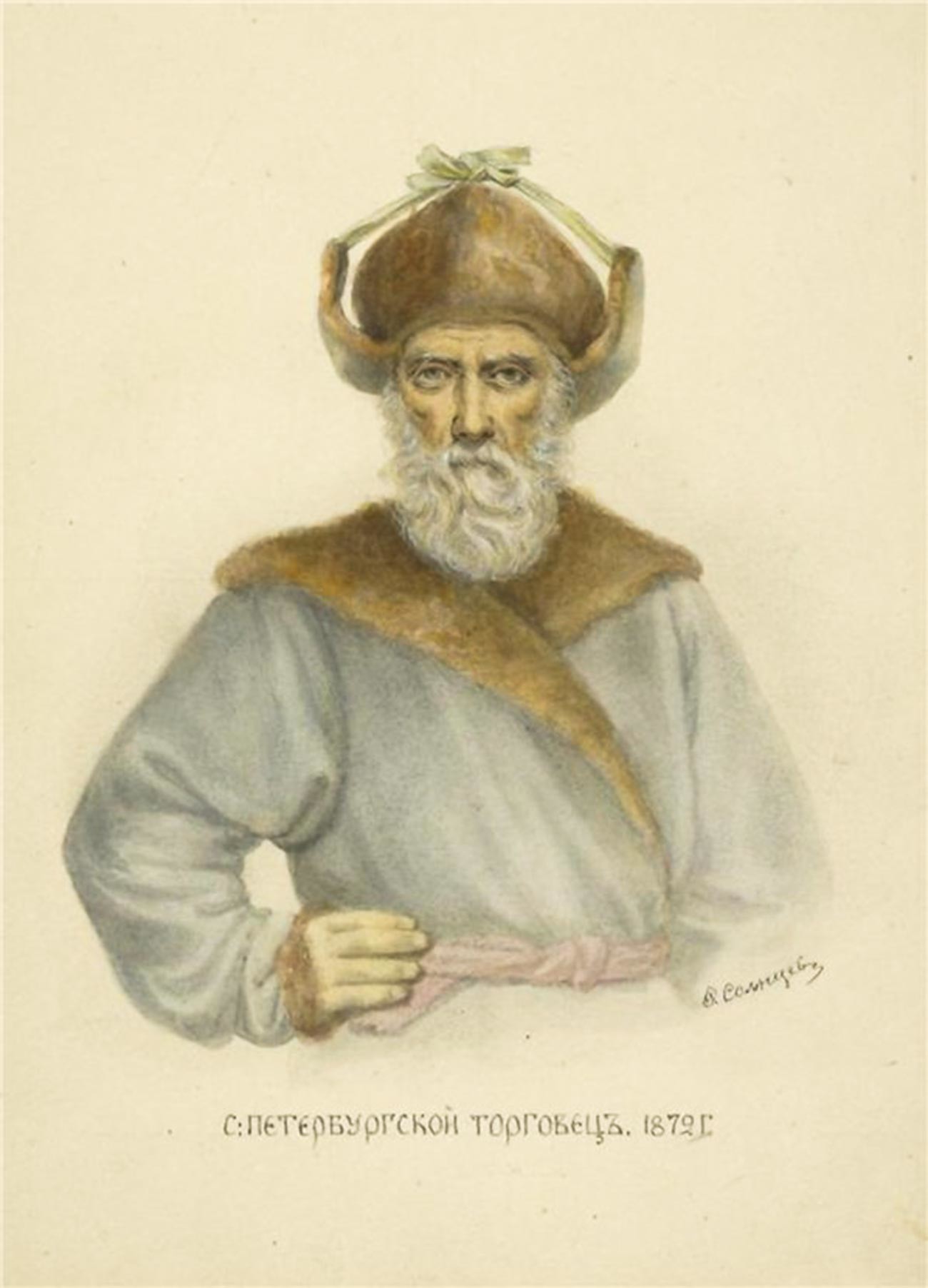 These hats have been known in Russia since the 17th century and even tsarinas had some richly decorated treukhs in their wardrobes. At the same time, treukhs were very widespread among Russian peasants in the 19th and beginning of the 20th century.

It’s believed that their origins are from Central Asia and Russians probably borrowed them after the Mongol invasion or from trade with neighboring Asian lands. The closest example of a treukh among Central Asian peoples is the malakhai, a high cap with long visors. 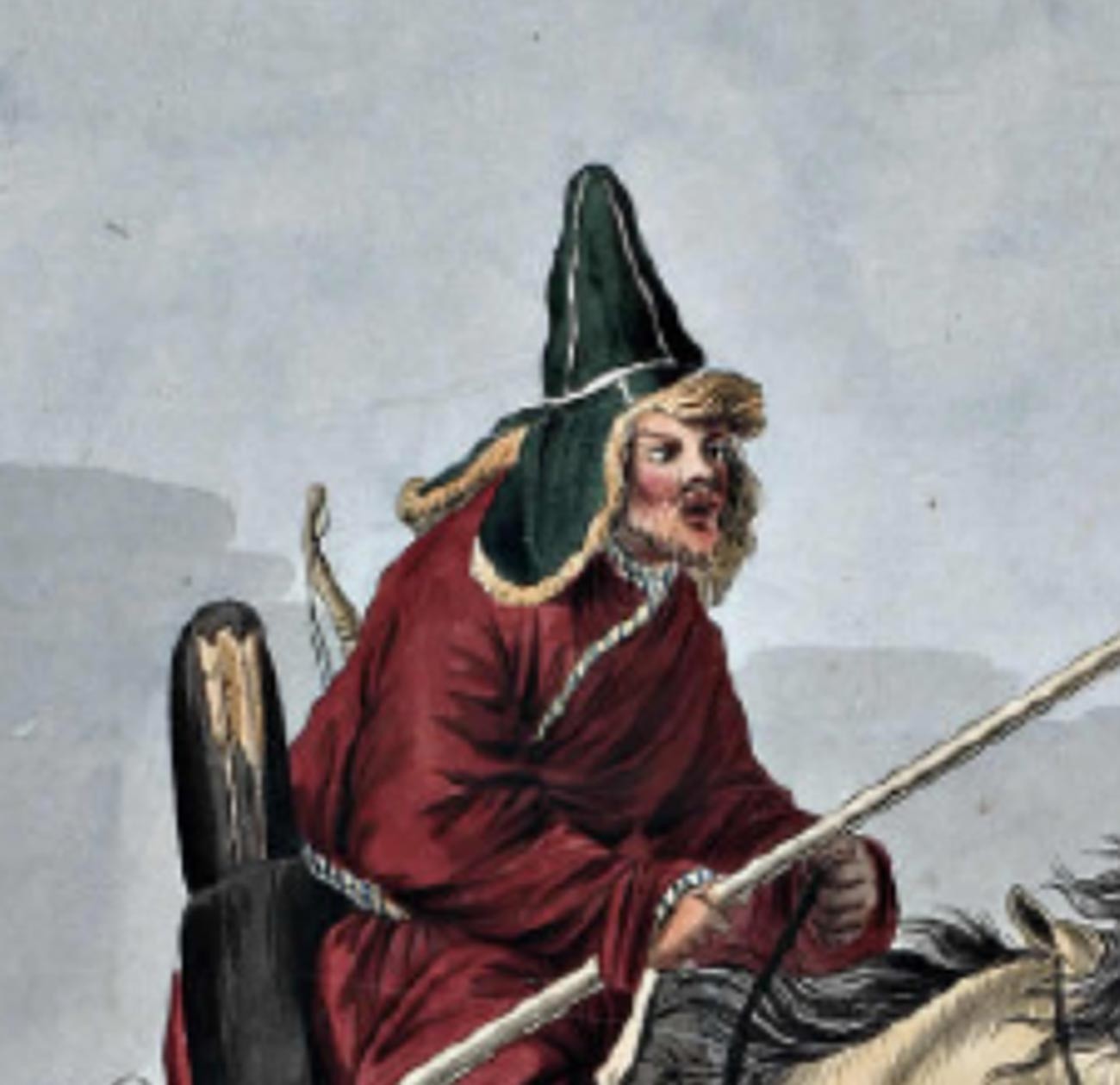 One of the first explanatory dictionaries of the Russian language describes a malakhai as a “big-eared cap”. At the same time, a treukh is also a warm winter fur cap with earflaps that can be lifted or let down.

When did the ushanka appear?

This first dictionary mention of ‘ushanka’ refers to it as a dialect form for a hat with earflaps. It’s believed that the first hats called ushanka appeared in Russia during the Civil War of 1918-1919. They were widespread among the Bolsheviks’ opponents, the White Army of Alexander Kolchak. It even had a “summer version” with a peak. 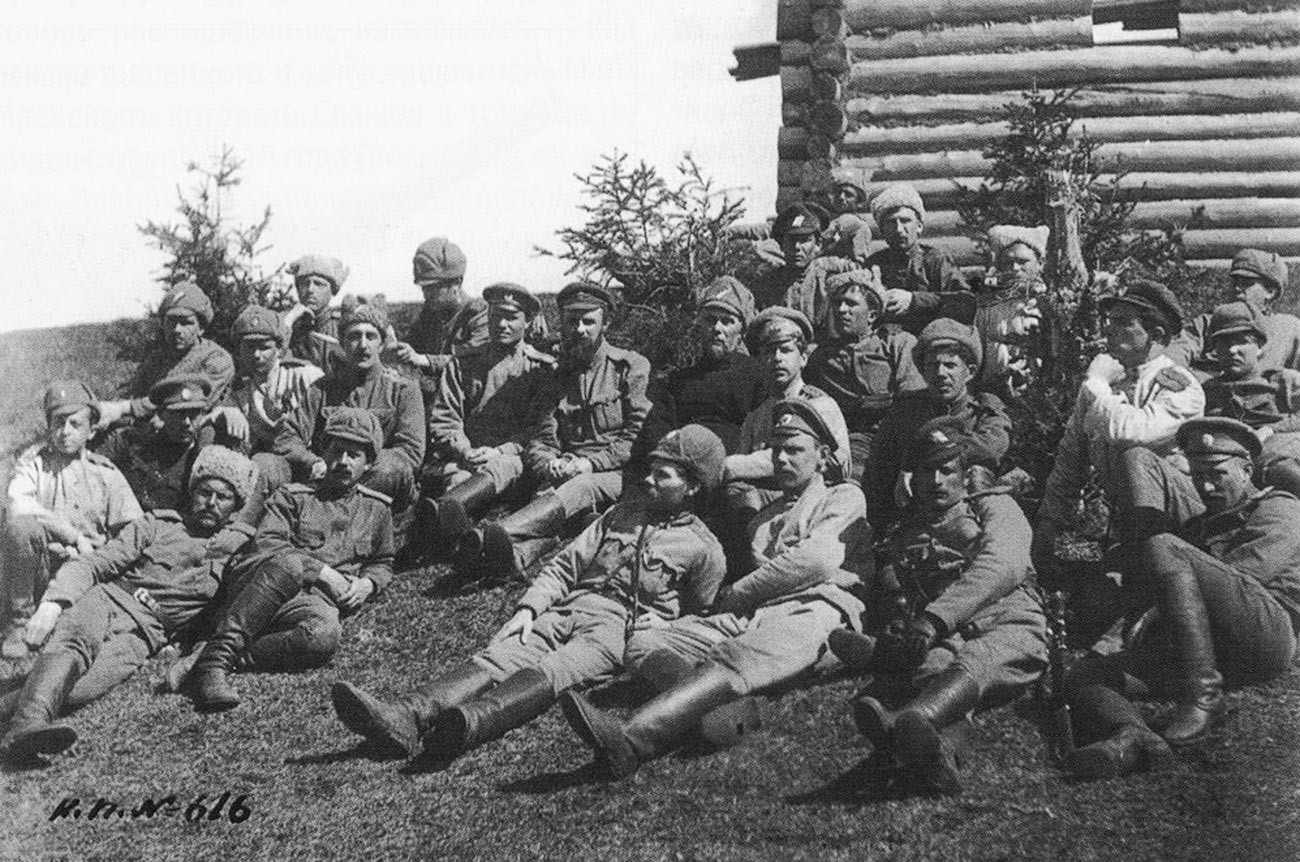 Kolchak soldiers in both ushankas and peaked caps, 1919

In the 1930s, the ushanka appeared in some naval departments of the Red Army. In the 1940s, it became the main winter hat for the army and still remains today. The hat earflaps were usually tied together at the top, while the forehead was decorated with the red star. Now, the hat is usually sewed from artificial fur, but in the Soviet era, it used to be produced from sheepskin. 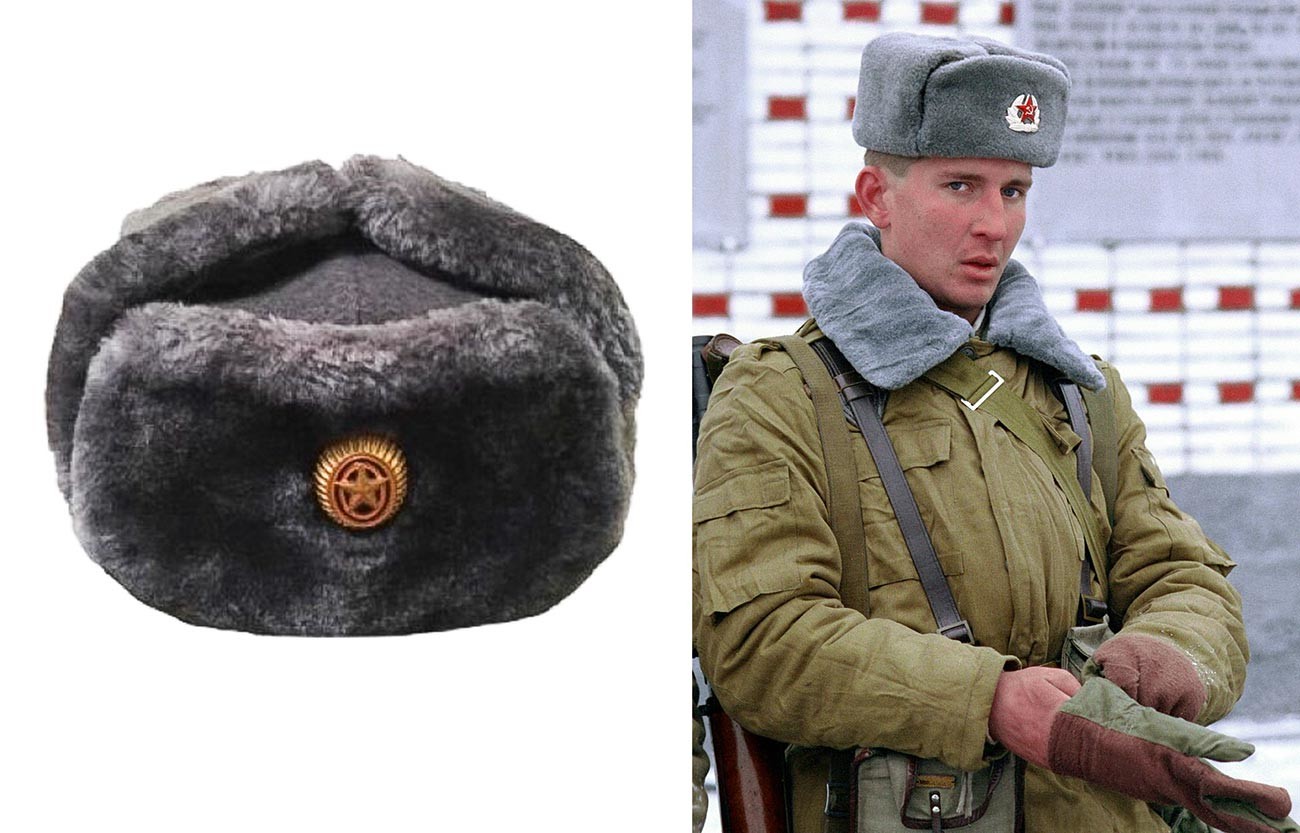 However, the ushanka used to not only be an accessory of the military structures - it also integrated into everyday Russian life and, due to its warmness, was very popular, especially in the northern regions.

The most iconic Soviet movie, Irony of Fate, features both main male characters in ushanka hats. One (on the left) looks cheap and made from low quality fur, while another is very presentable. 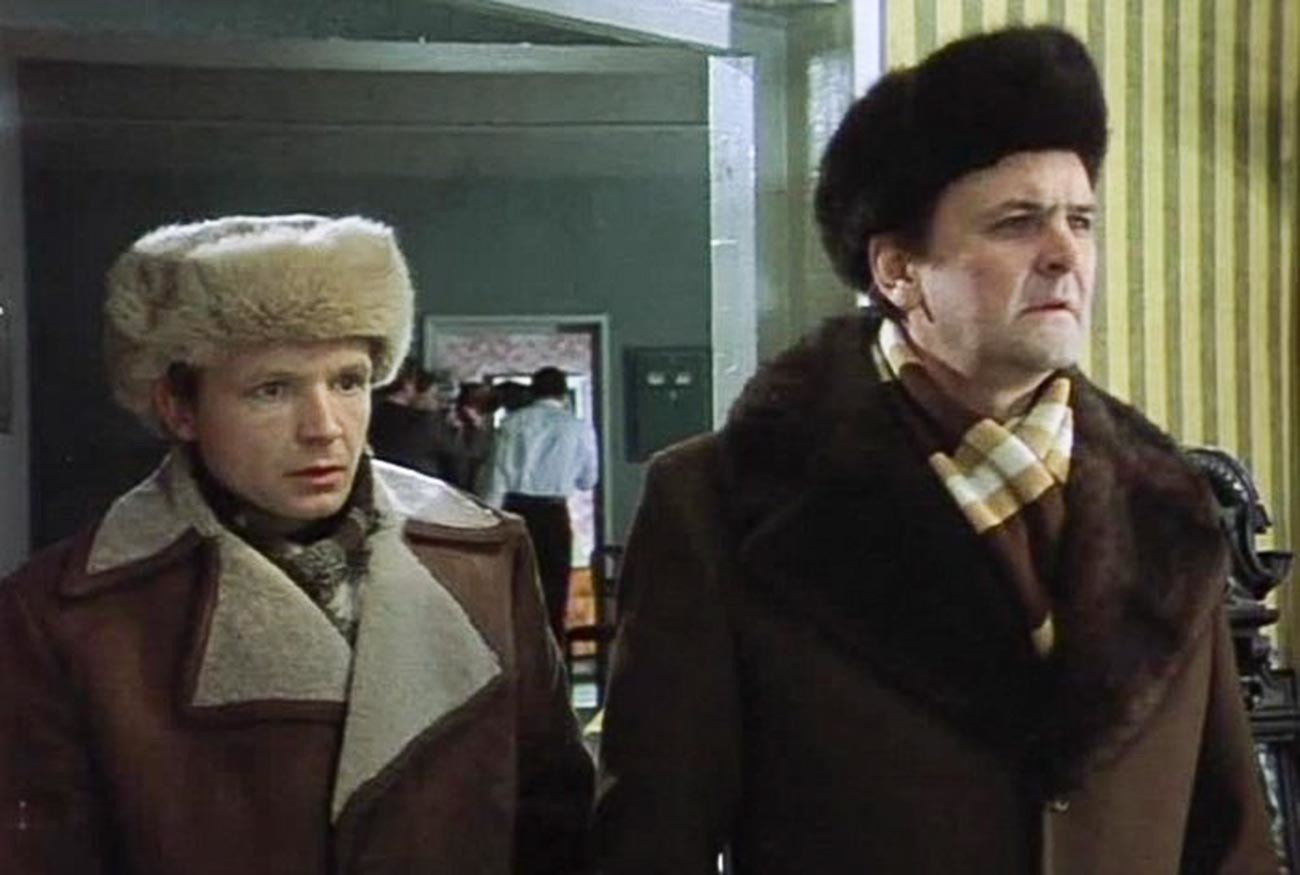 A still from the Irony of Fate

This fact makes even more dramatic the scene where the character takes a shower still wearing the hat and coat (he was drunk and in despair).

All Soviet people wore hats like this - or dreamed of one similar. 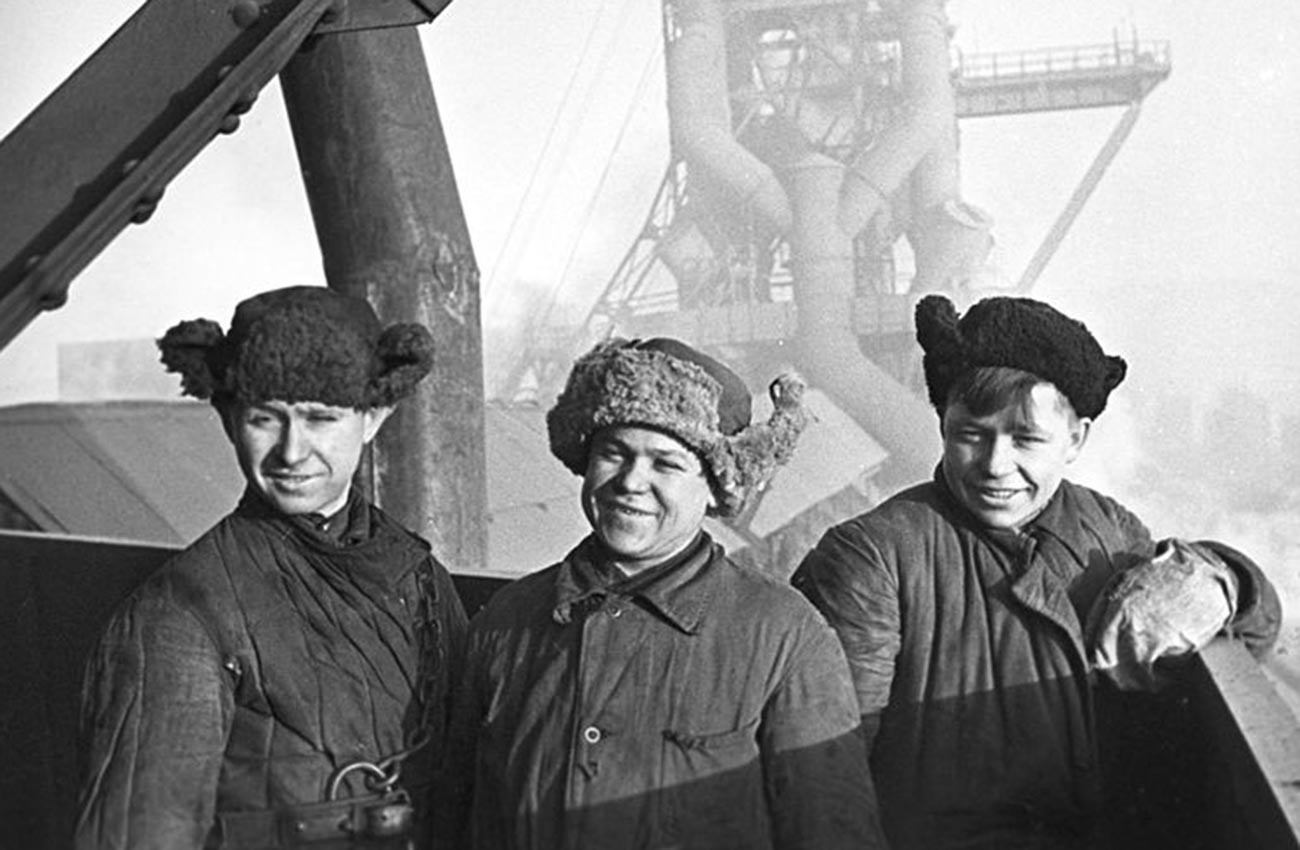 Constructors of the Magnitogorsk Metallurgical Combine, 1943

Foreigners traveling to the USSR have always chosen to wear a ushanka. 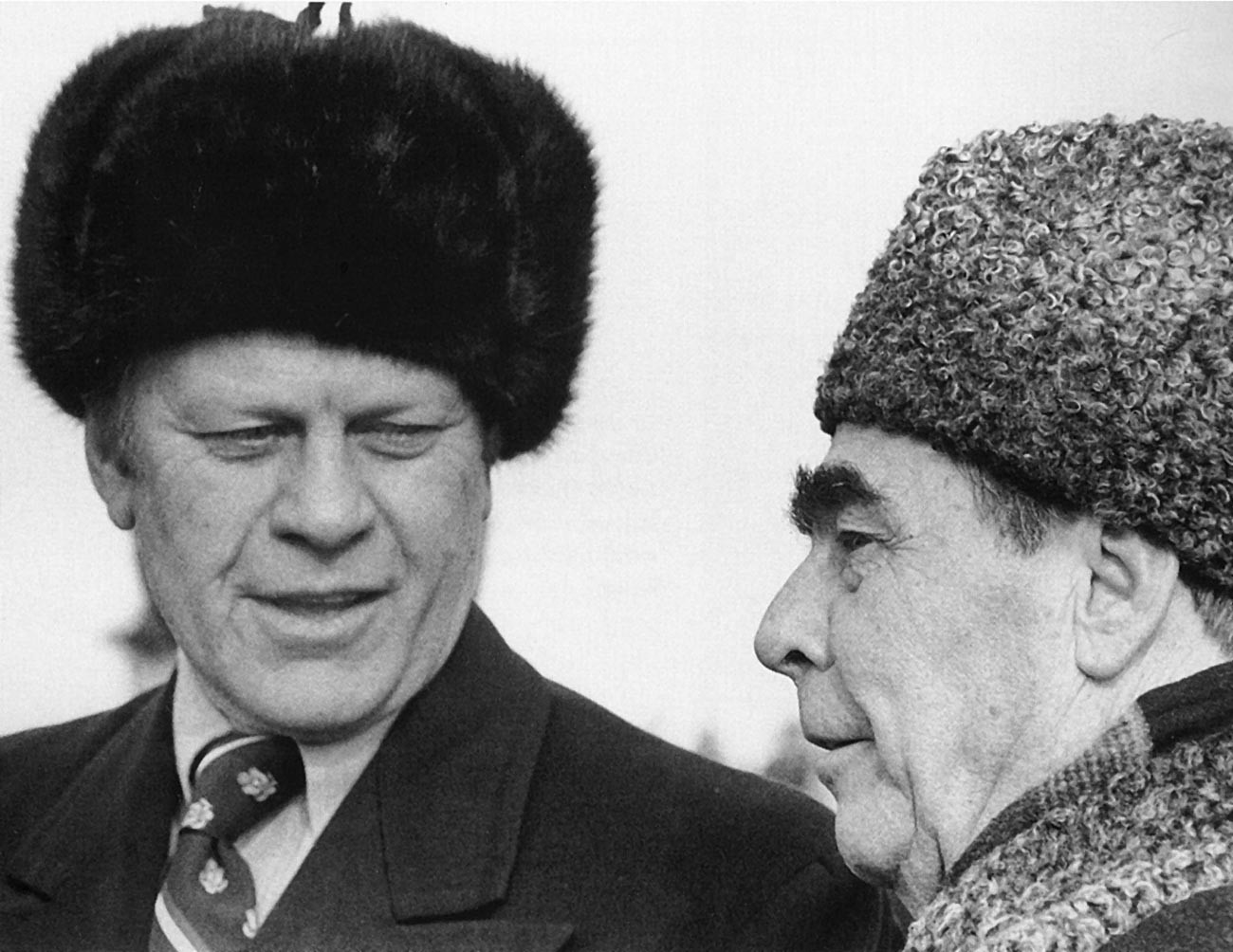 As you can see, Brezhnev didn’t wear a ushanka. The thing is that generals, army commanders and the leaders of the country all typically wore a papakha hat without earflaps.

Modern days of the old hat

Now ushanka hats are fashionable street style accessories, very frequently worn by women. It can also easily appear on celebrities from Rihanna to Kim Kardashian these days. While fashion designers around the world suggest their version on how to wear and to combine outfits with this winter essential. 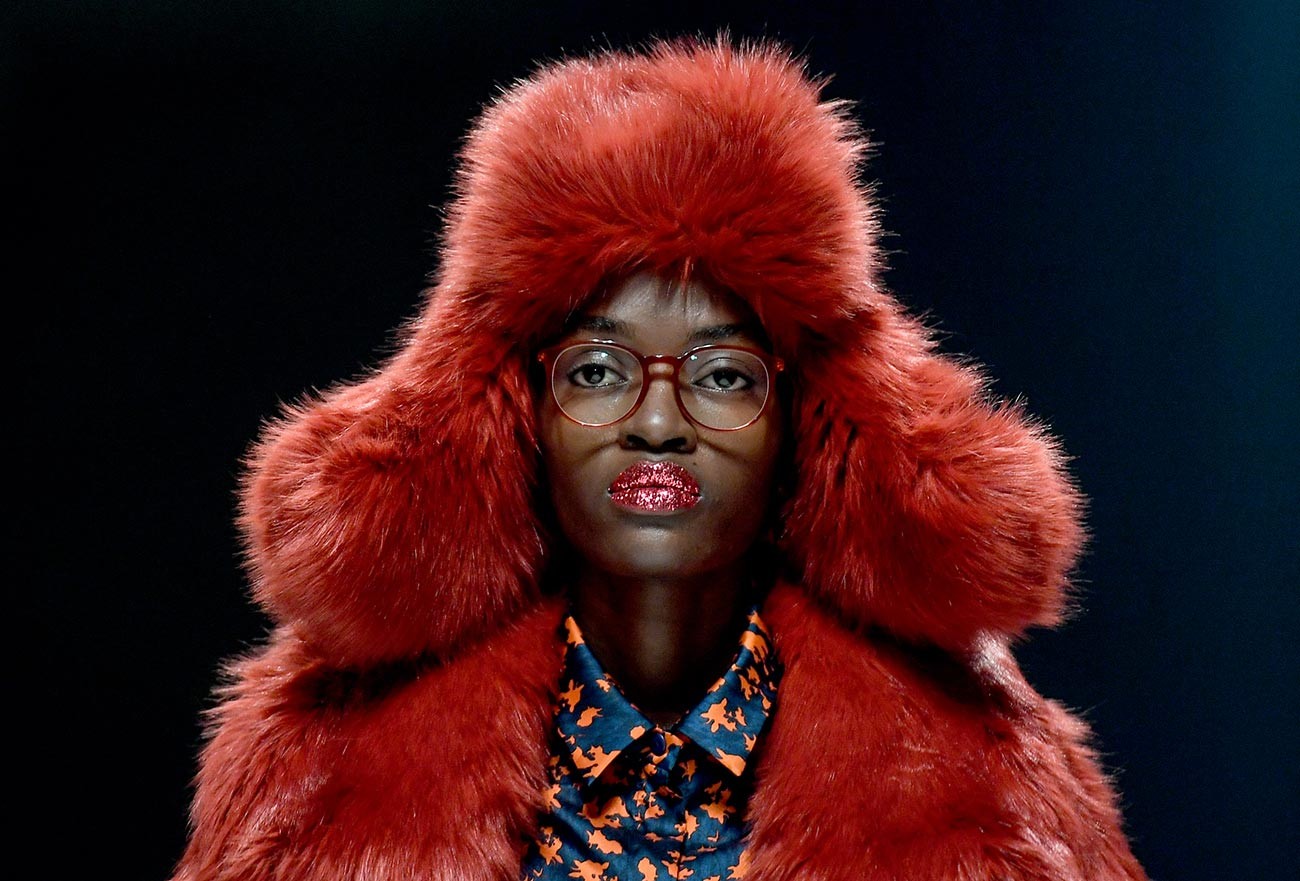 At the same time, the ushanka is still very much a symbol of tough Siberian men and lumberjacks.