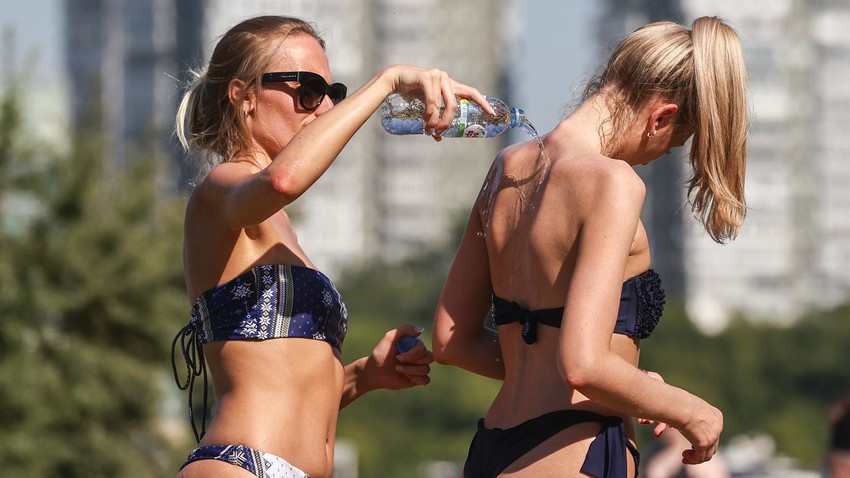 Sergei Bobylev/TASS
Russia is known for its freezing winters, but people often forget (even though we constantly remind everyone) that its summers are also equally extreme! And summer 2021 is already breaking records.

The weather in Russia in June often has plenty of tricks up its sleeve. The southern regions (where the popular Black Sea resorts are located) are hit with heavy rains, while in Moscow, St. Petersburg and many Ural and Siberian cities, the temperature has reached 33-34°C (91-93°F) for the second week and with the sun shining so brightly, you’d be mistaken for thinking you were in Dubai or Mexico! Meteorologists explain such an abnormal heat wave with an anticyclone. 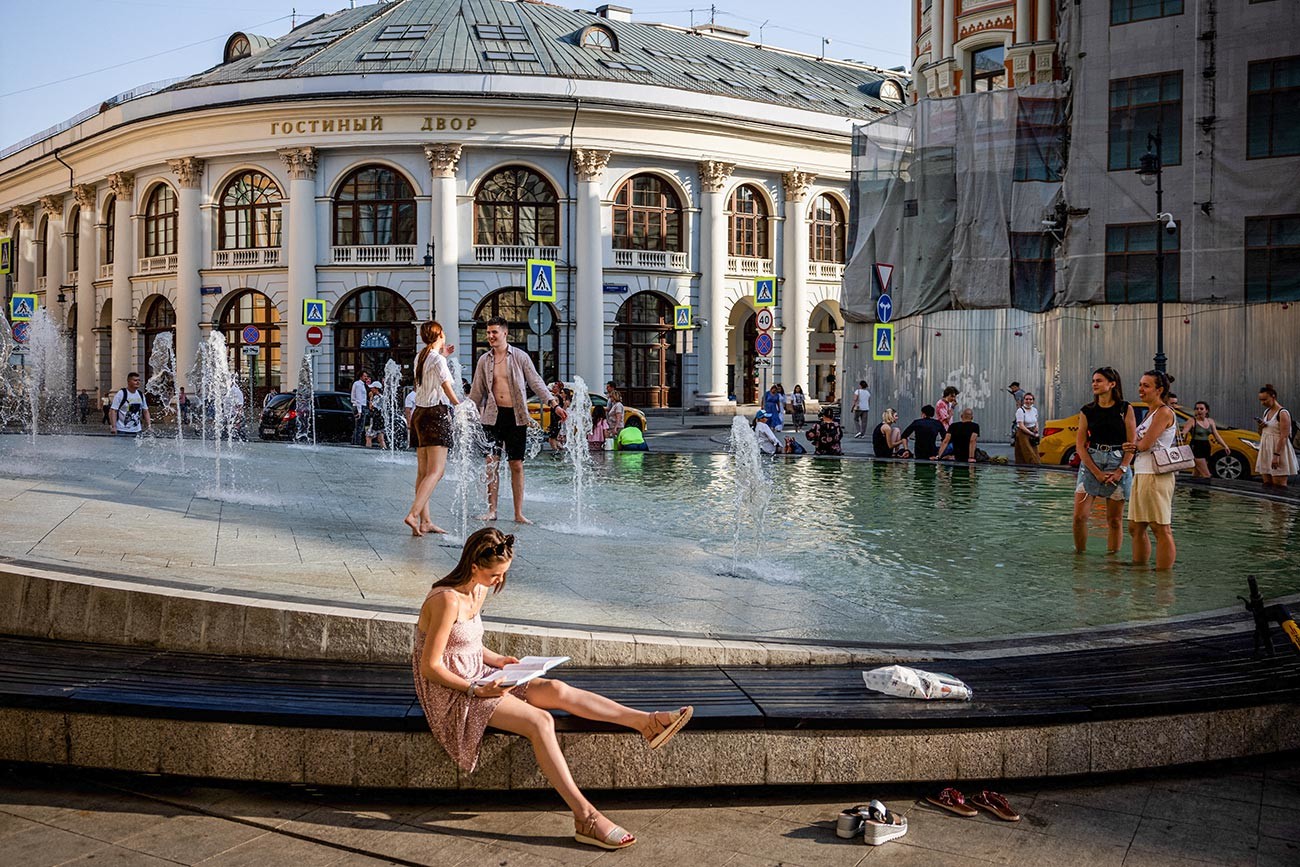 People cool off in a fountain during a hot summer day in downtown Moscow on June 22, 2021. 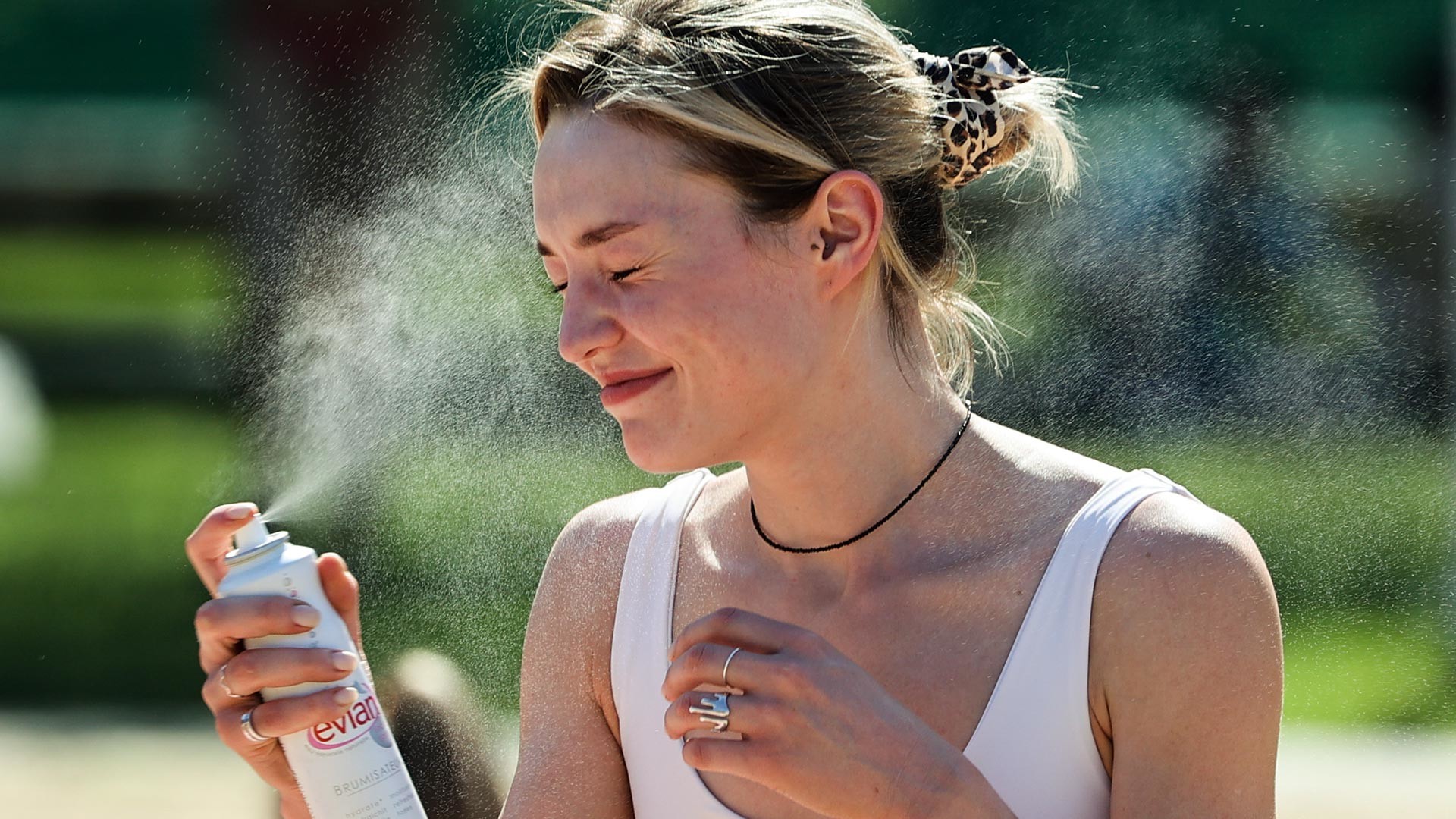 But, Muscovites are finding salvation in urban fountains and shaded parks and are frequenting all the beach areas on the city’s outskirts. 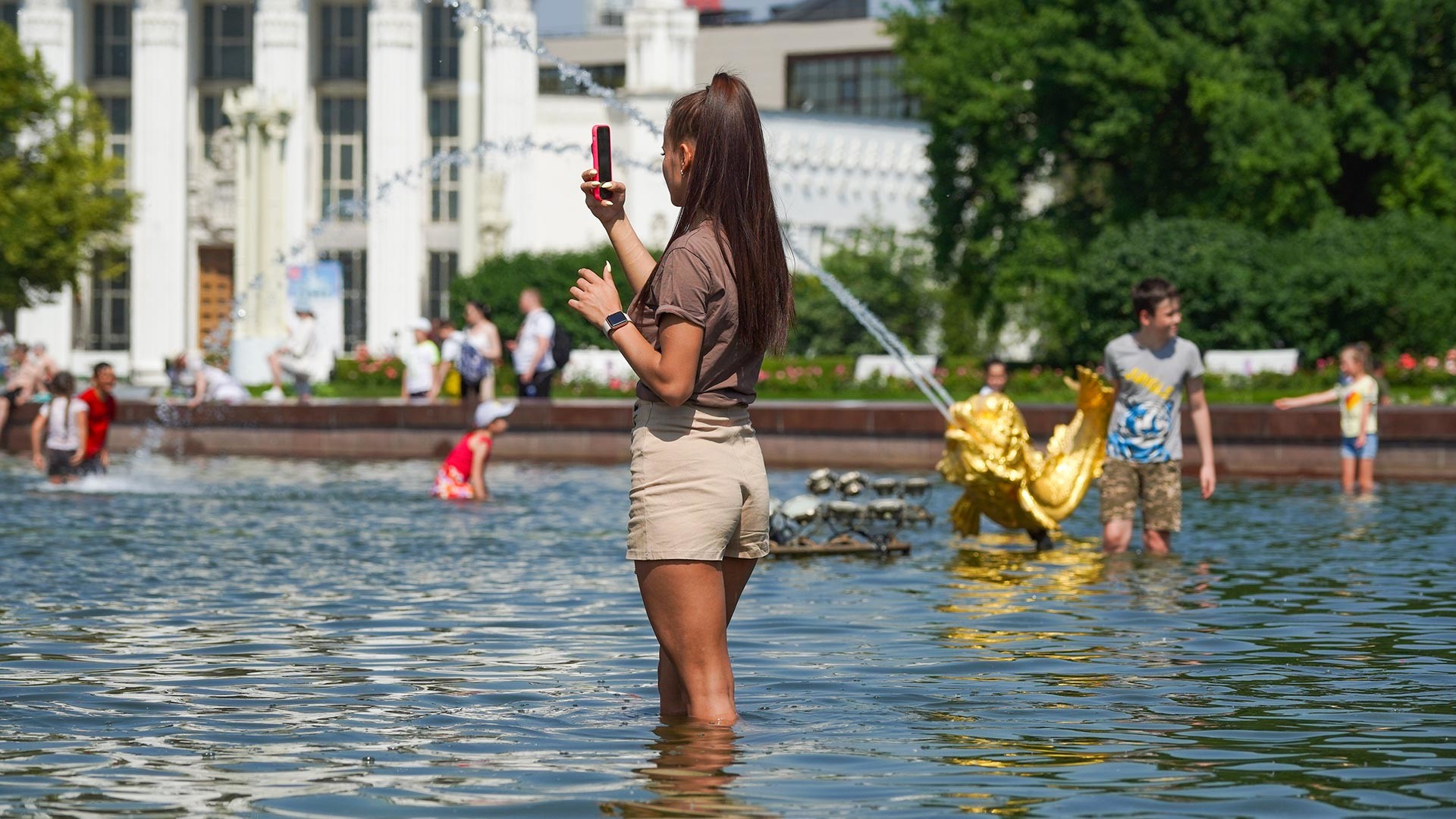 To avoid the overheating of the asphalt, the streets are sprayed with water every three hours. Passengers on the Moscow Metro can get free water from volunteer workers. Summers in Moscow are impossible without a huge amount of poplar fluff, too (read how it appeared in Russia). 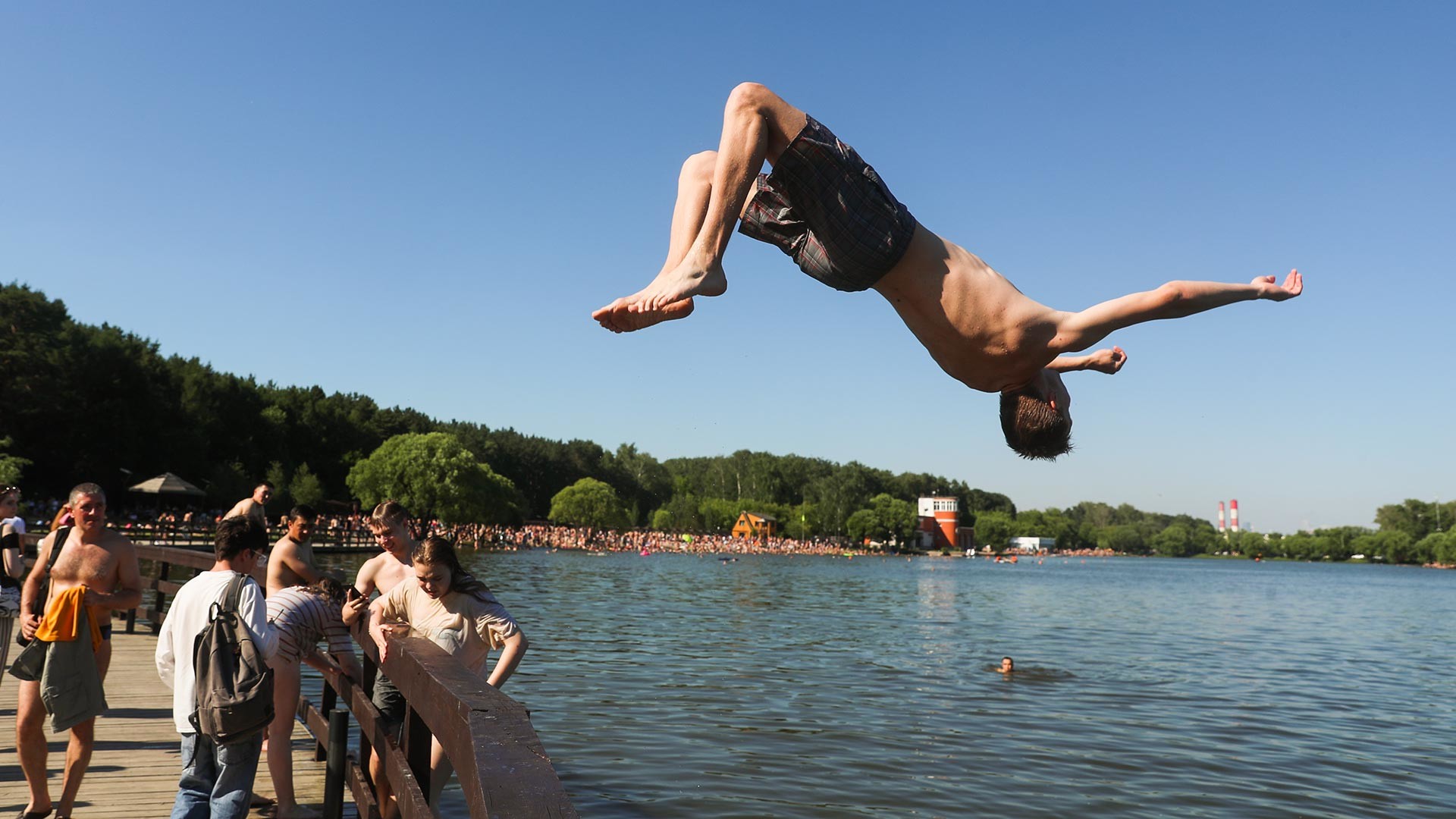 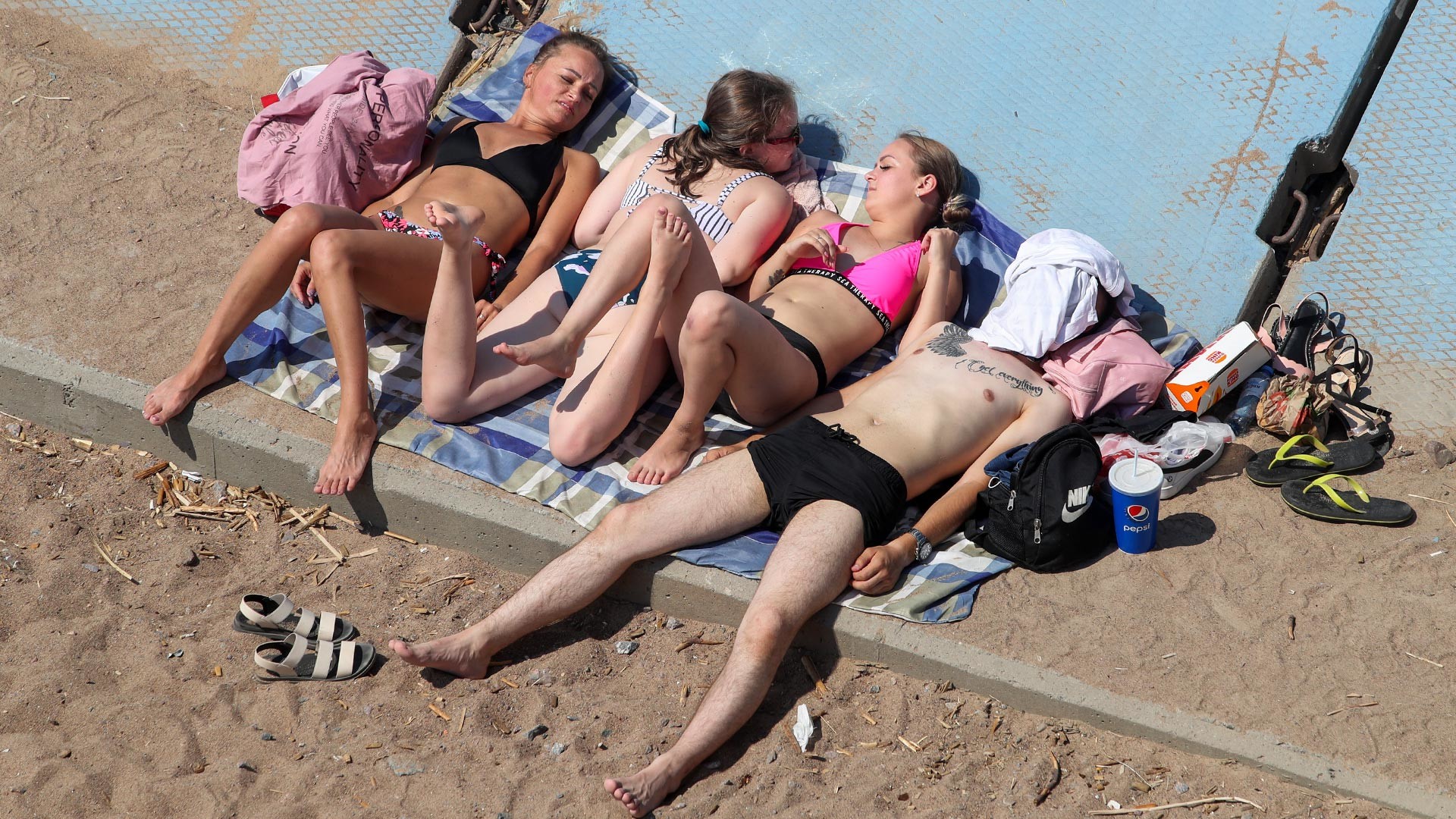 At the park in St. Petersburg.

For the locals, the heat has been an occasion to open the swimming season in the traditionally chilly Gulf of Finland. Internet users immediately began to compare the beaches of this northern city with Sochi and Anapa, the most popular Russian resorts. 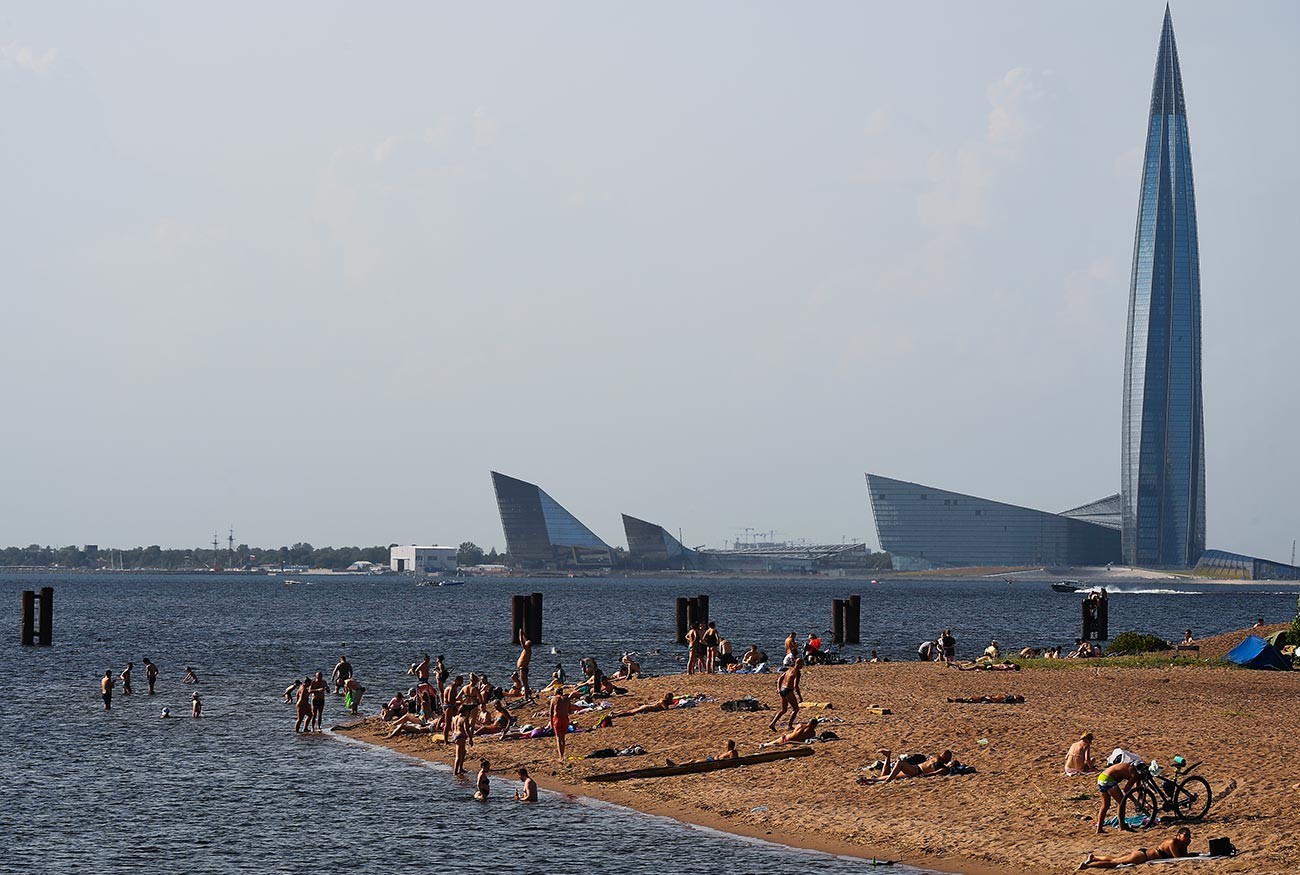 The average temperature in Kazan this week is about 30°C (86°F), in some districts - up to 35°C (95°F). The weather there in June is normally around 20°C (68°F). According to online store Ozon, the demand for air conditioners has increased four times compared to last year. 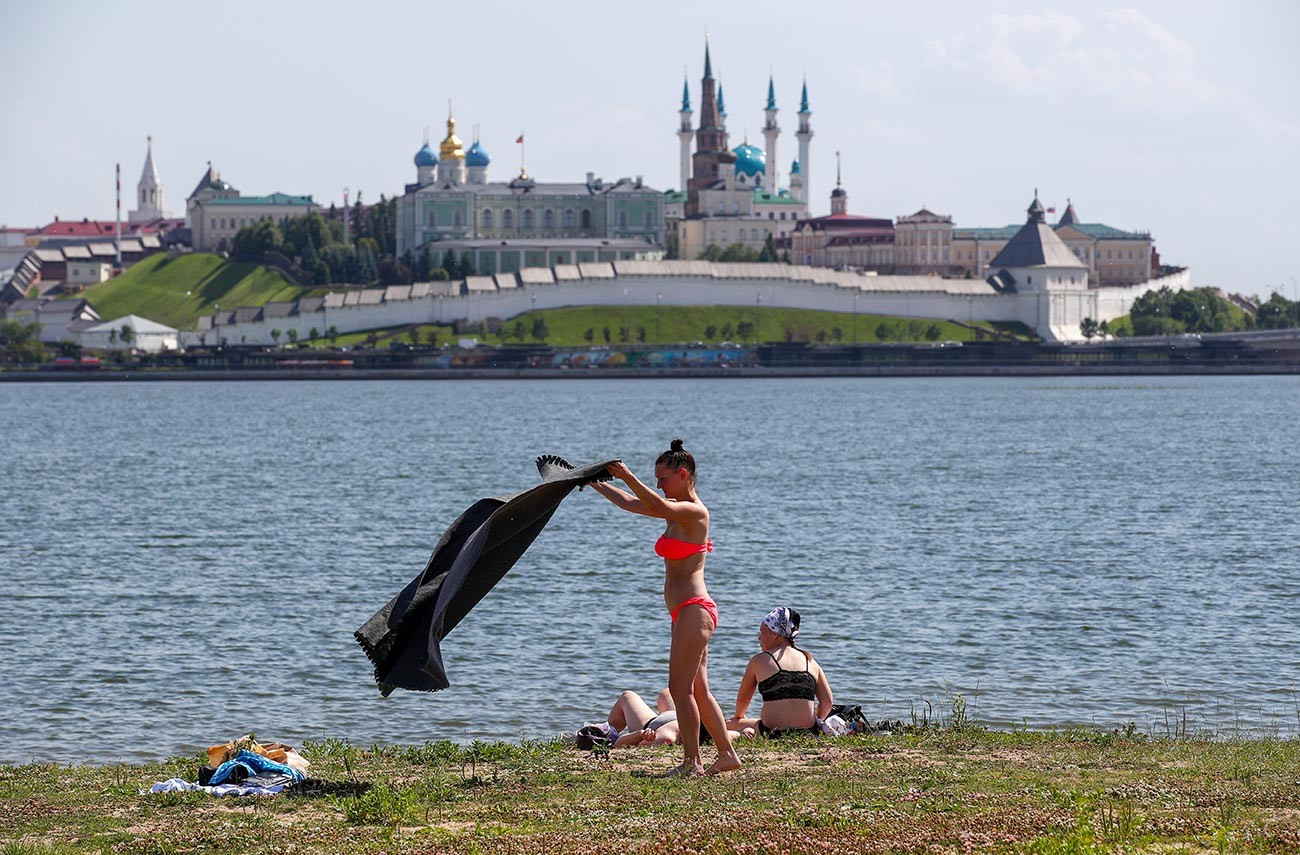 The view to the Kazan Kremlin.

Even the Siberian city of Krasnoyarsk has suddenly become a resort: the temperature has hovered above 30°C (86°F) all week. Locals decided it’s time for SUP-surfing and BBQ parties along the bank of the Yenisei River! 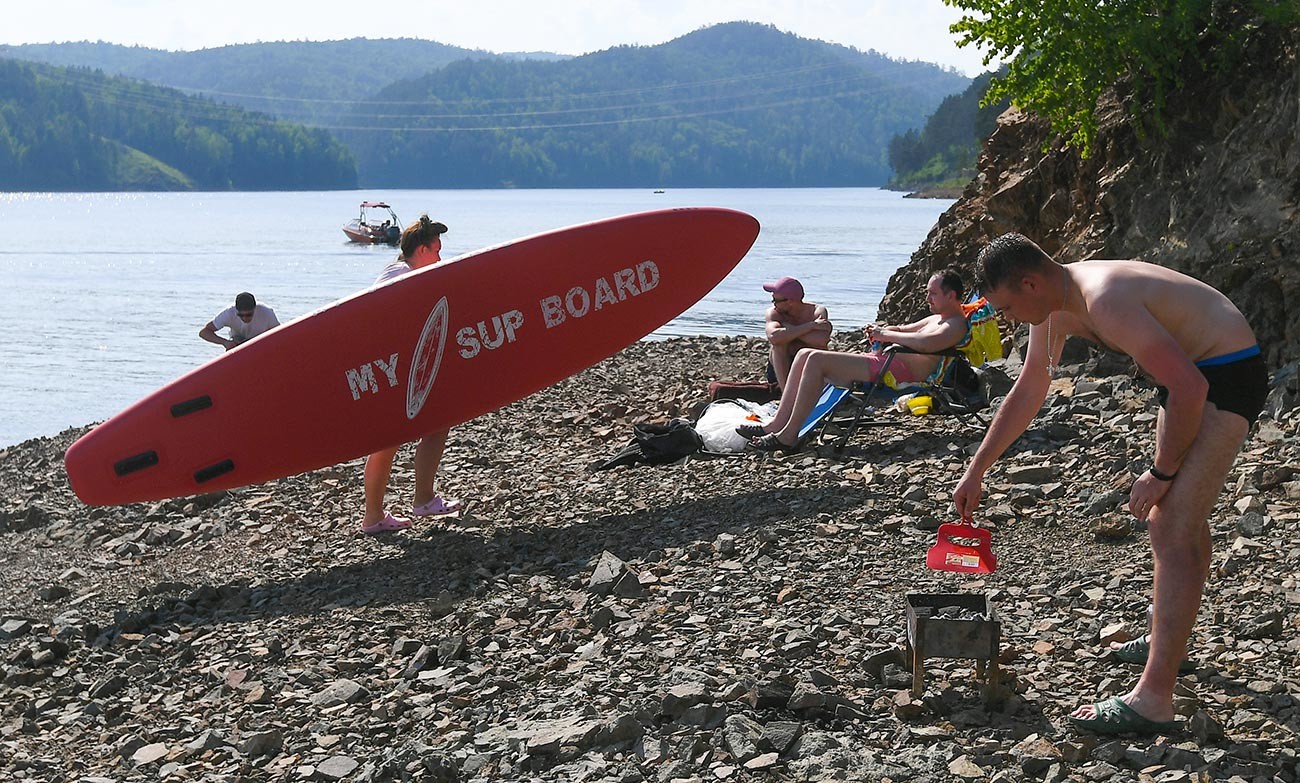 The rest on the Yenisei River.

Located between Moscow and St. Petersburg, Tver Region has always been a place to escape from the heat. But not this summer. On Lake Seliger, temps were as high as 33°C (91°F), while in Tver - 34°C (93°F). Vacationers say that, this June, there are no mosquitoes at all and the water in the lake warmed up very quickly.