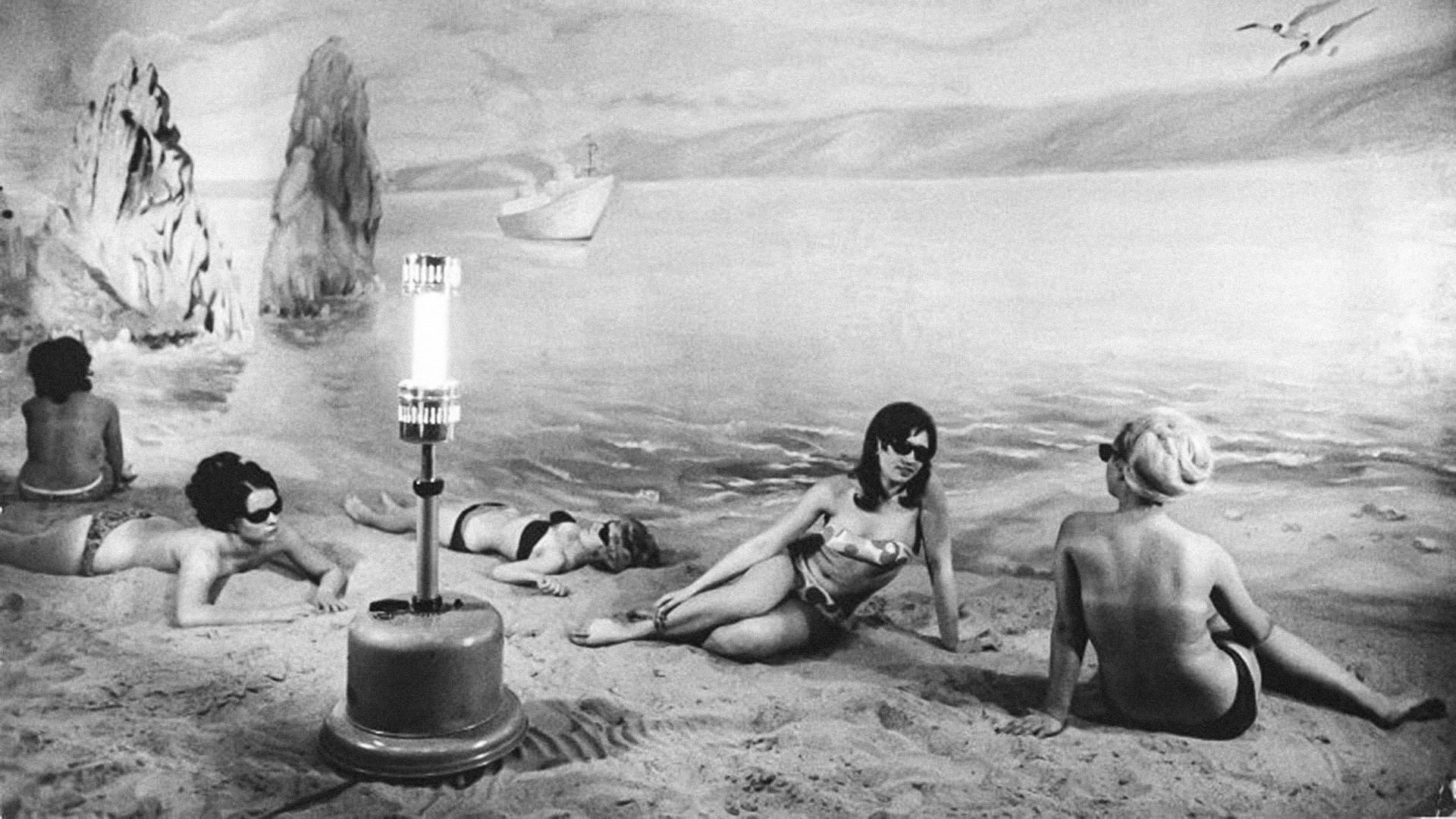 At the photariy of the Penza bike factory.

Perhaps no other country in the world has been engaged in hardware physiotherapy as massively as the Soviet Union. Since childhood, every Soviet knew about devices for the prevention of all kinds of diseases: They were not only in hospitals and sanatoriums, but also in kindergartens, schools and factories. Everything was free, of course. And many of these devices are still being successfully used today. 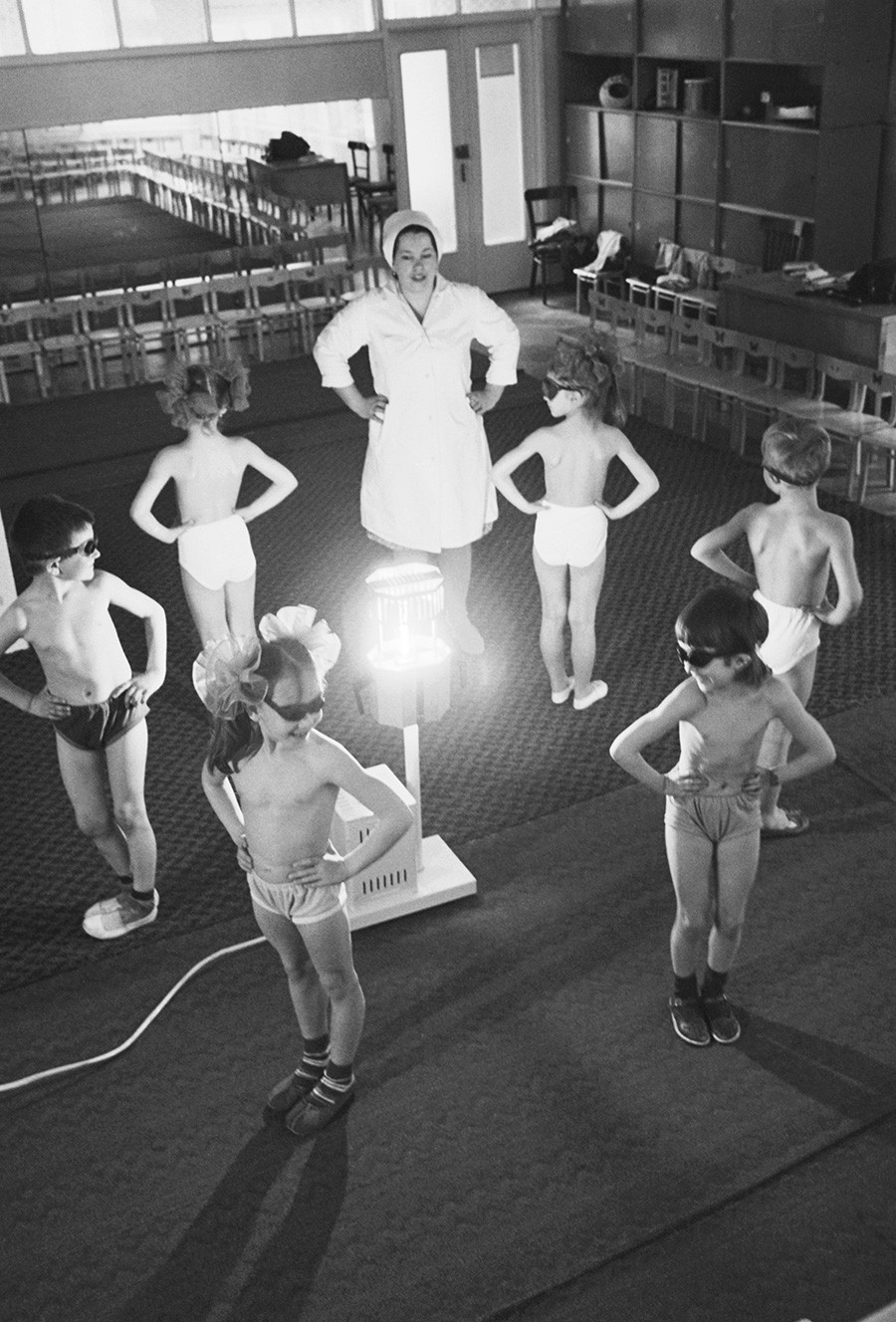 Photos of kids in sunglasses, which gather around a quartz lamp, look surprising to any modern person. However, this is how the Soviets made up for the lack of vitamin D and fought kids’ rickets. Also, with the help of ultraviolet radiation, they disinfected the air and surfaces of the room.

Looking at the lamp was not safe, because you could get burned eyes. “We even had such glasses at home, with dark green lenses,” a Twitter user recalled. “It’s impossible to forget the smell of ozone, it’s unusual and, in some ways, pleasant.” 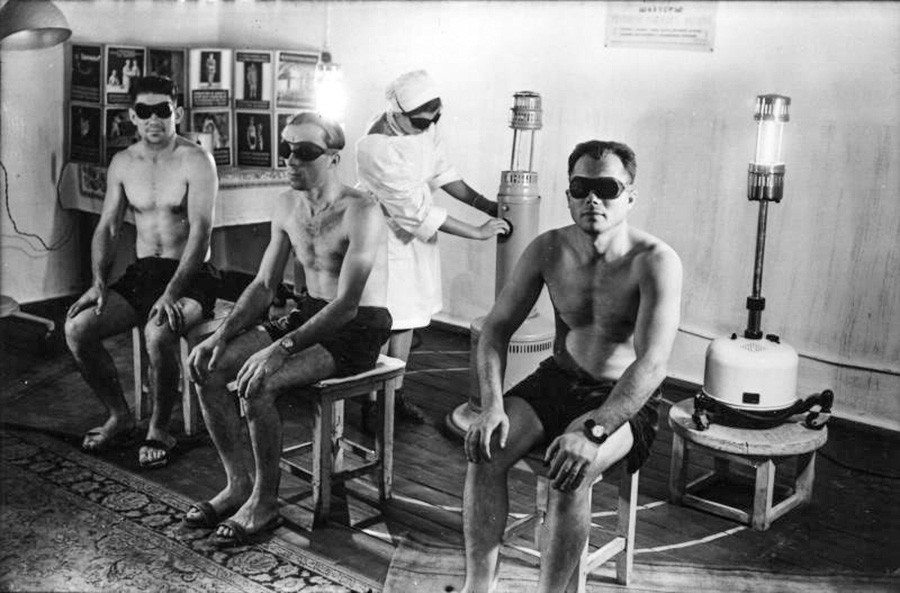 In the physiotherapy room.

In factories and sanatoriums, there were special rooms to make such quartz sessions for workers. They were called photarii. 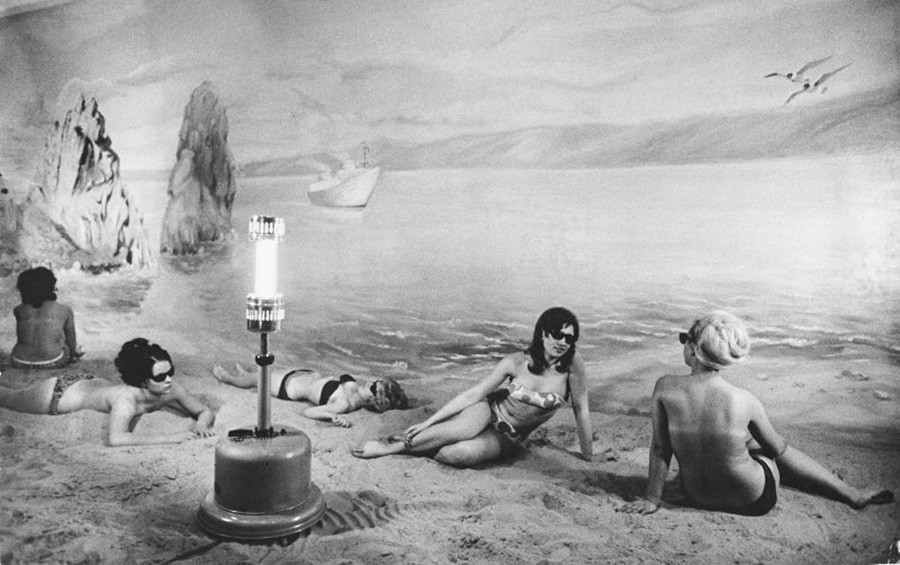 At the Penza bicycle plant.

These days, there’s no such treatment in kindergartens and other public places anymore, because malnutrition was overcome many years ago and the state supposes their citizens are capable of taking care of themselves and their children. However, quartz lamps of greater power are used for disinfection of hospitals, beauty salons and public transport. And anyone who wants to get a personal dose of UV can use modern tanning beds. 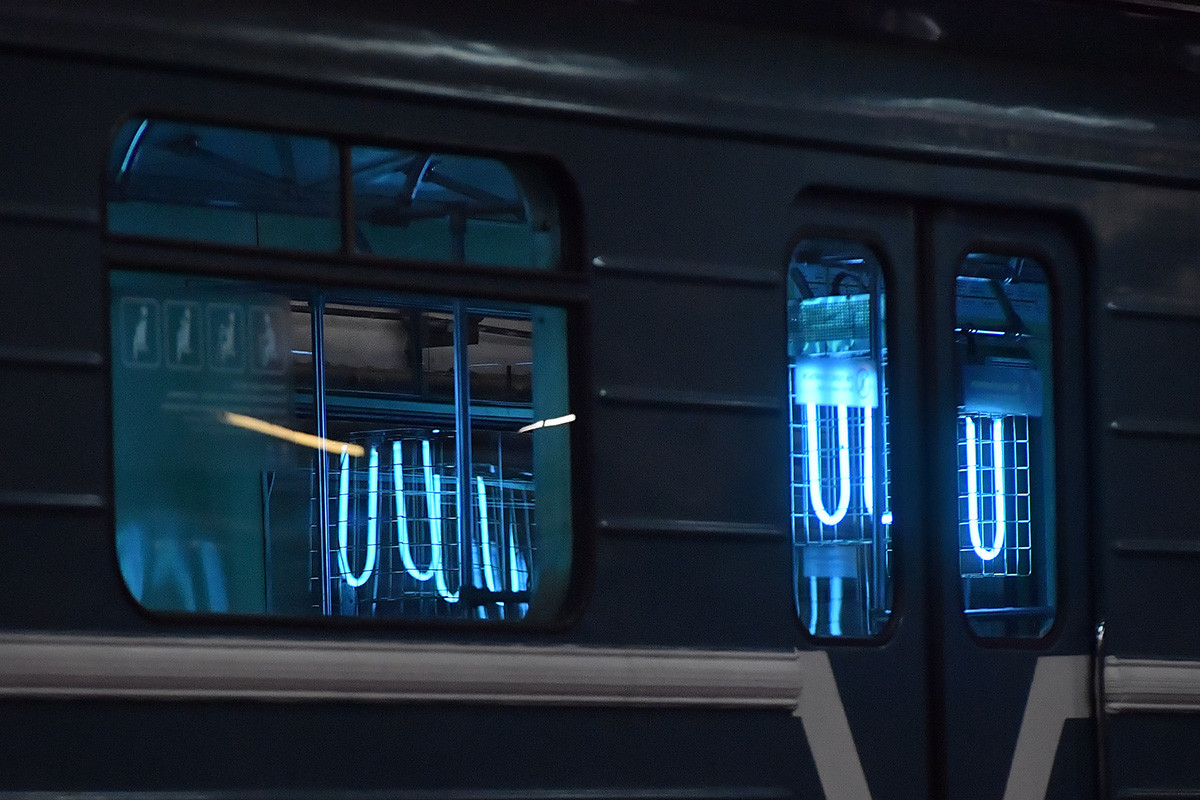 Quartz lamps are used today for the disinfection of Moscow metro trains. 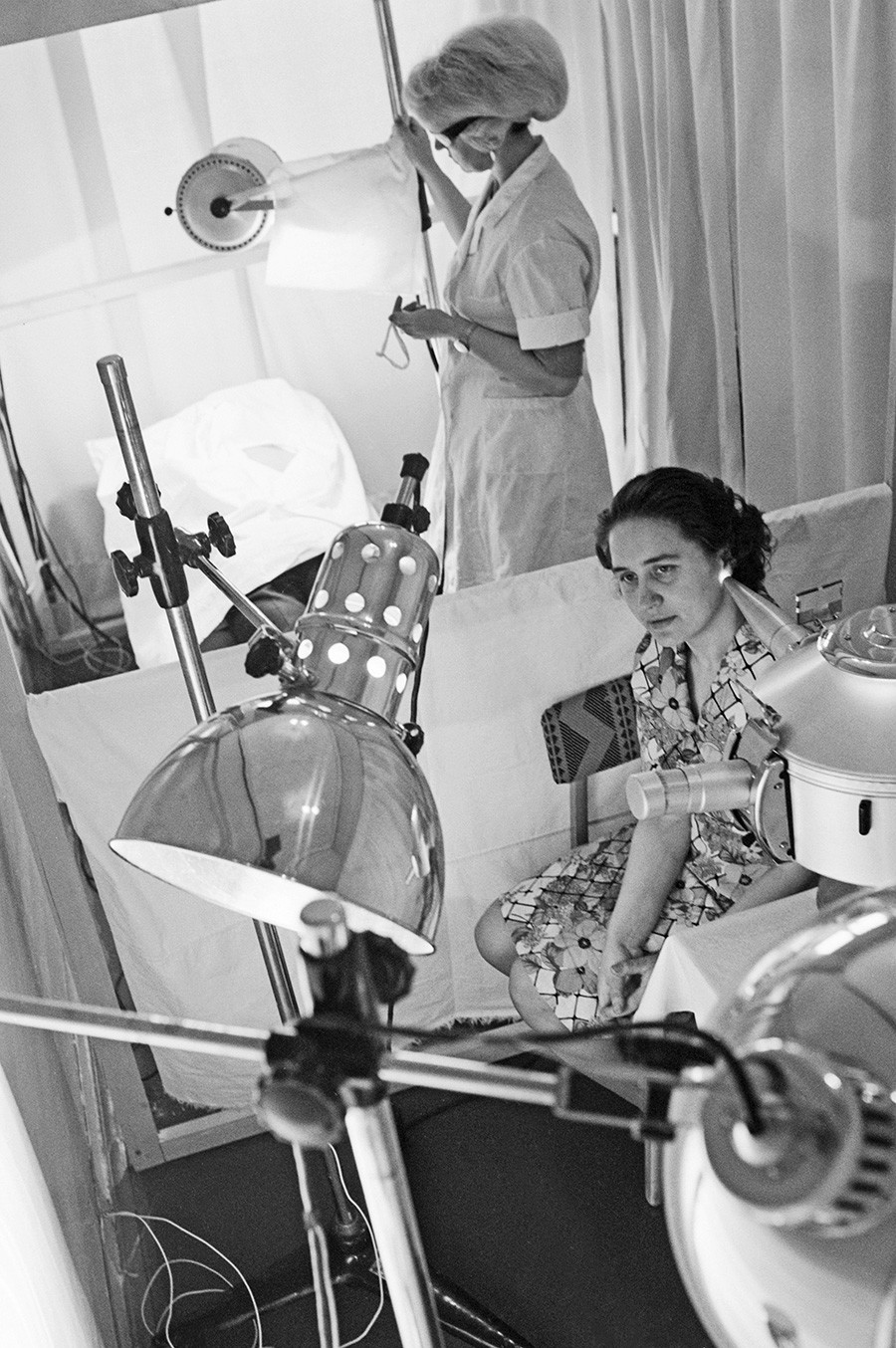 Quartz procedure in the physiotherapy room, 1978.

Ultraviolet rays were also used for local radiation. The Solnyshko (“Little sun”) device was the main way to fight colds and viruses among kids. It had nozzles for throats, noses and ears. The devices were designed to warm up one, two or four children at the same time and it was possible to use different types of nozzles for each.

“When I was sick, I was taken to this device in the polyclinic. I paid attention to the specific smell in the mouth after it,” an Internet user wrote. It smelled of ionized air. 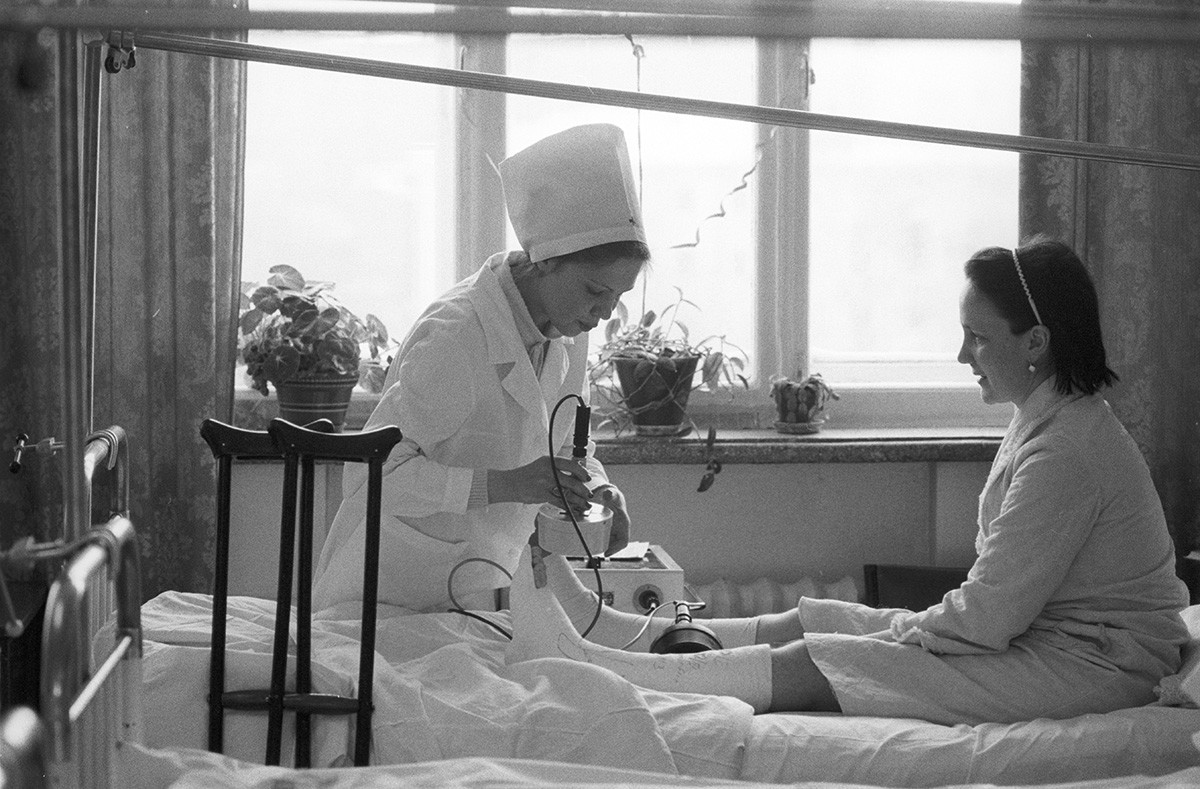 Magnetic therapy on a Polus-1 device.

Soviet physiotherapists actively used magnetic fields to restore a patient after surgery. Such therapy could help accelerate blood flow in the needed places, positively affect blood clotting and blood vessels. Also, such devices were used in the treatment of varicose veins, swelling in the legs, rheumatism, gynecology and eye diseases. Some devices, for example, ‘Polus-1’, can be used even at home today. 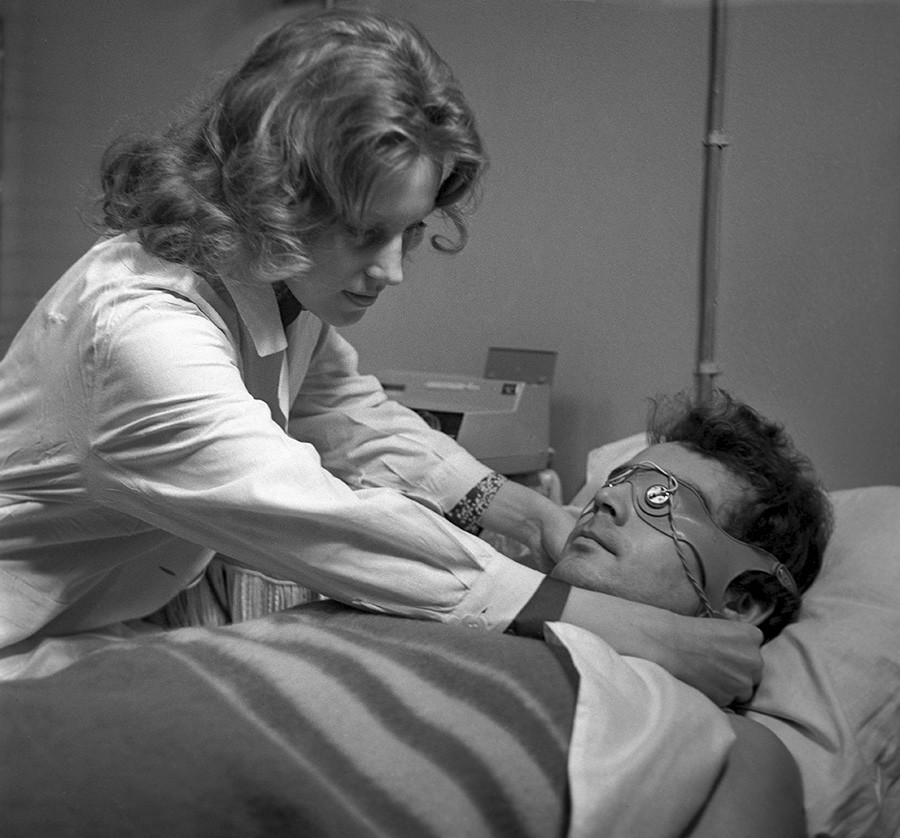 This is how, in the Soviet times, neuroses and hypertension were treated. This device was called Electroson (“Electric sleep”) and worked on low-frequency pulse currents. Patients wore special glasses and the currents would enter the brain, causing mild drowsiness. Thus, blood circulation improved, the person calmed down and painful sensations decreased. 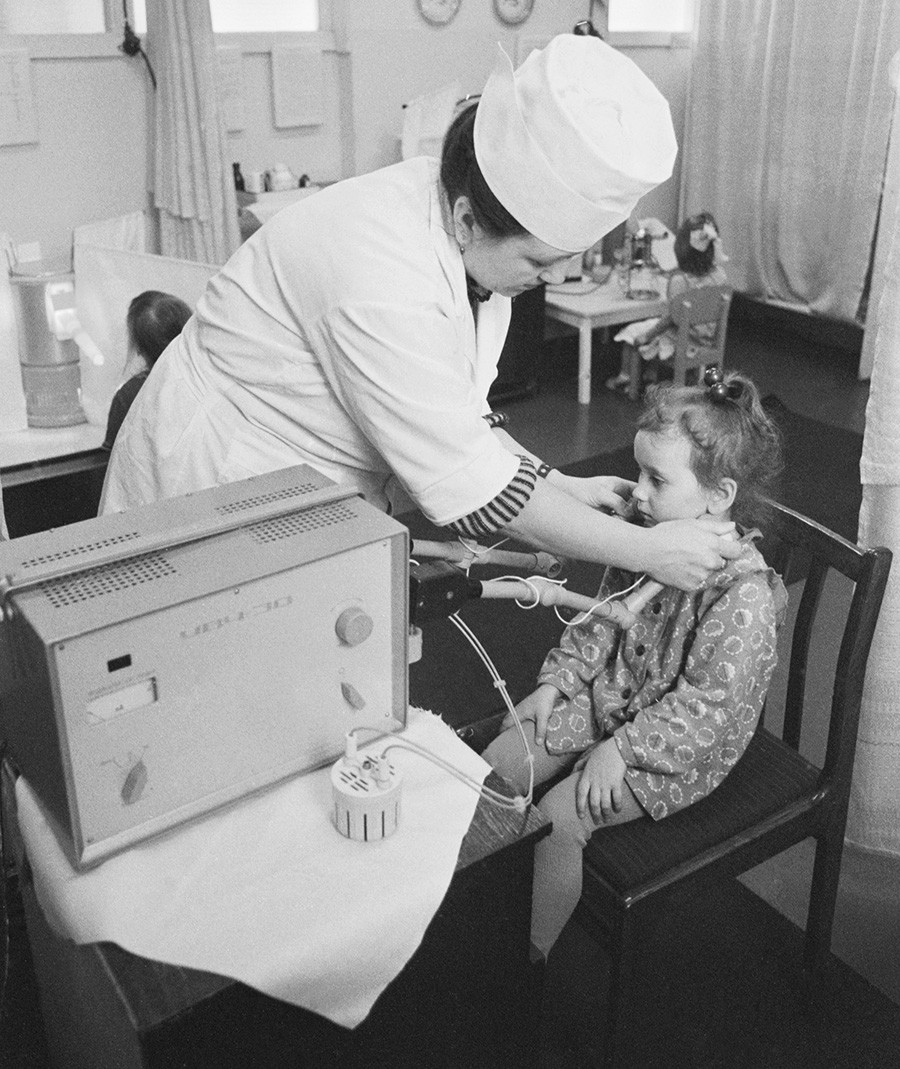 A physiotherapist treats a pupil of the kindergarten run by the Omskgidroprivod Hydraulic Machinery Plant, 1989.

Electric currents also help to deliver drugs or nutrients to an organism. Soviet doctors believed that electrophoresis could create a high concentration of medication in the affected organ, without saturating the entire body with it. Although modern scientists are skeptical about the effectiveness of this method of treatment, it is still used in medicine. 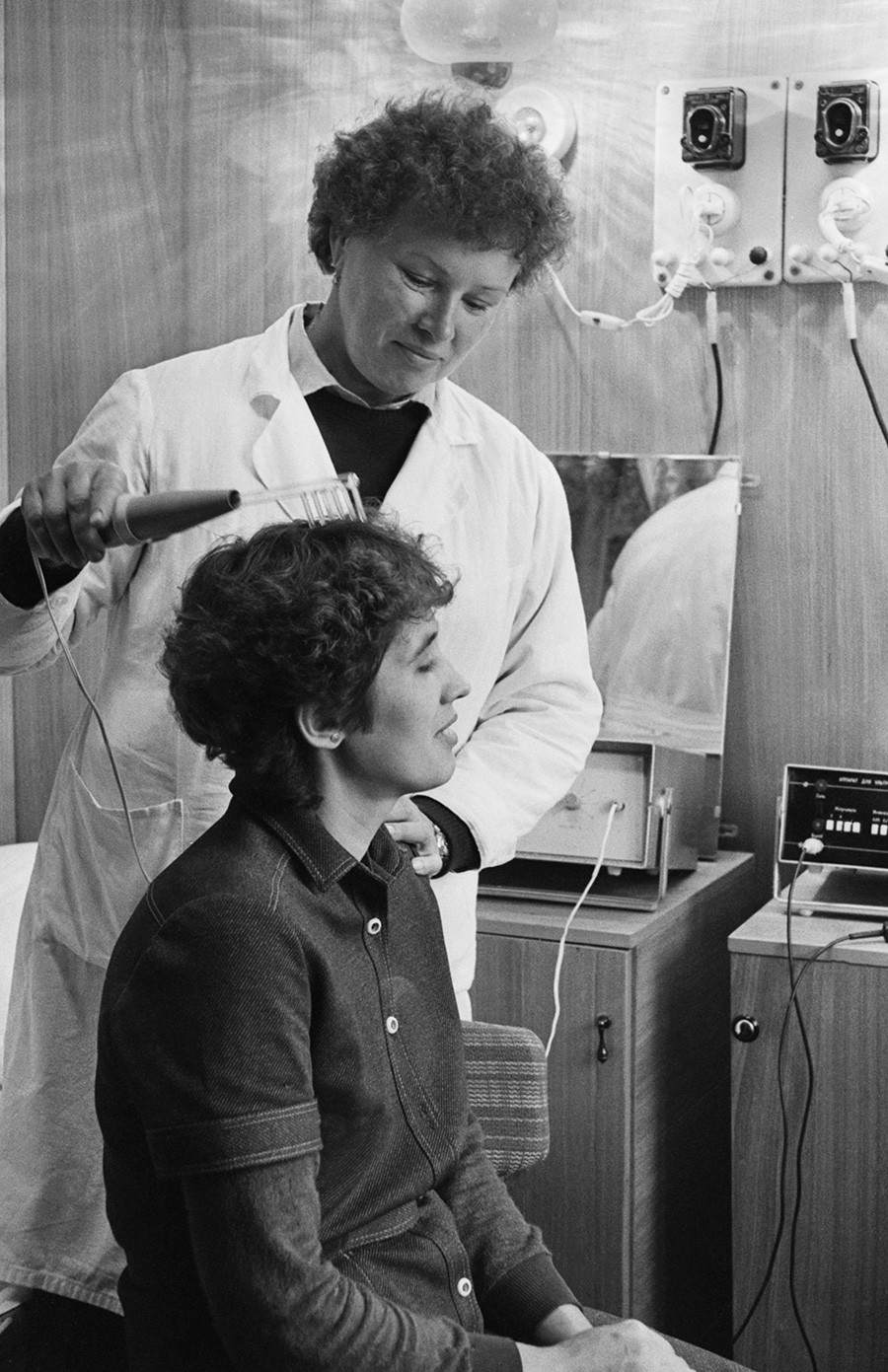 Employee of Bakharevka furniture factory of enterprise Permmebel in the physiotherapy room of the complex of household services, Perm, 1988.

This unusual device called D’Arsonval (named after the French scientist Jacques-Arsène d'Arsonval) was used to cure joint illness and arthrosis in the Soviet years. The treatment was based on a weak impulse current that improved blood circulation. Today, D’Arsonval is often used at home in Russia, but mostly as a device for face skin and hairs: it helps to get rid of acne, scars, dandruff on the head and strengthens hair growth. The patient feels only a slight tingling during the procedure, but there is no discomfort.

And now a photo challenge for you: What do you think this device was used for in the Soviet Union? Write to us in the comments. We don’t know the correct answer, so we’re hoping you do! 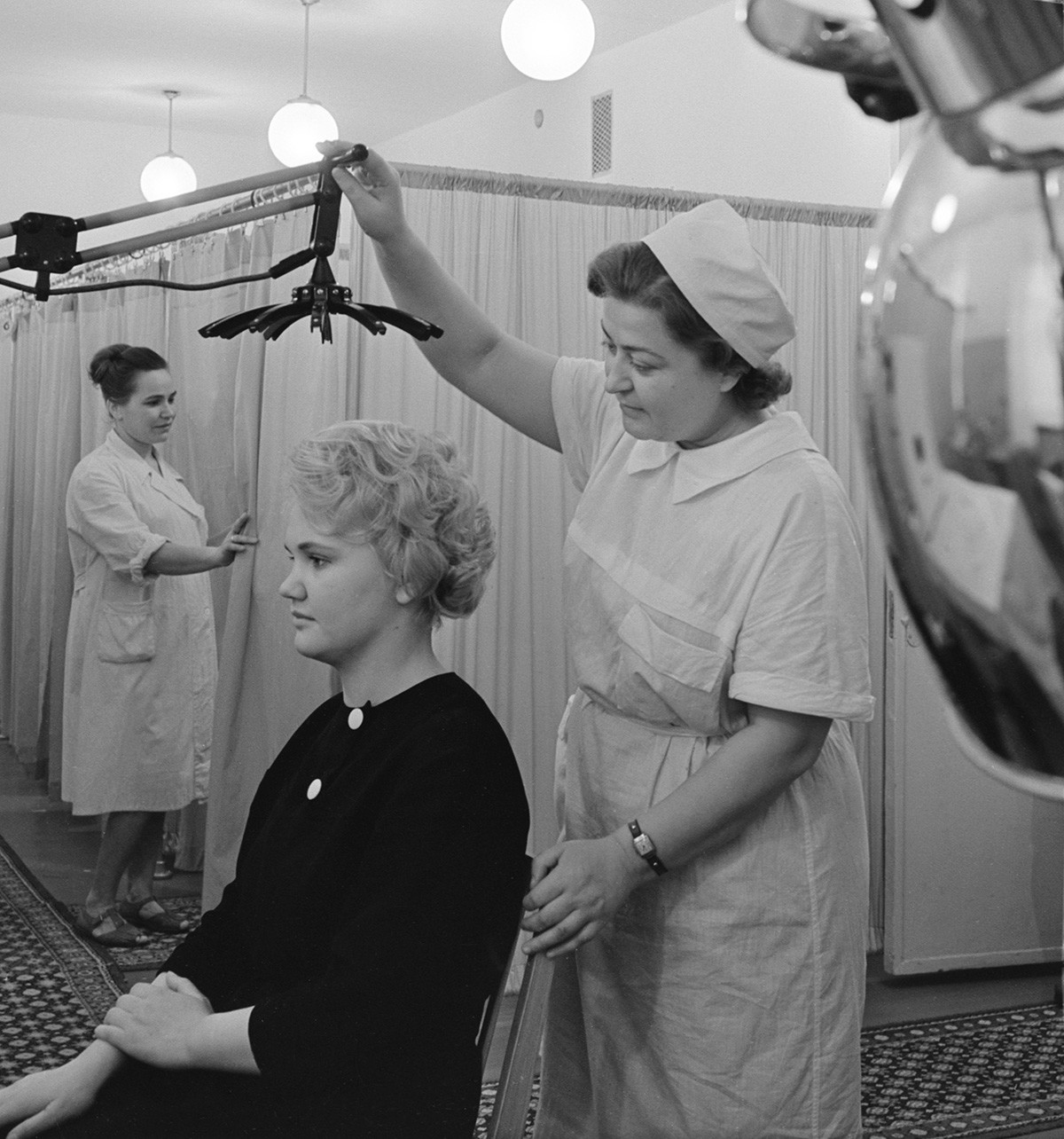