OPINION: Aren’t Russians a bit too sensitive to the cold? 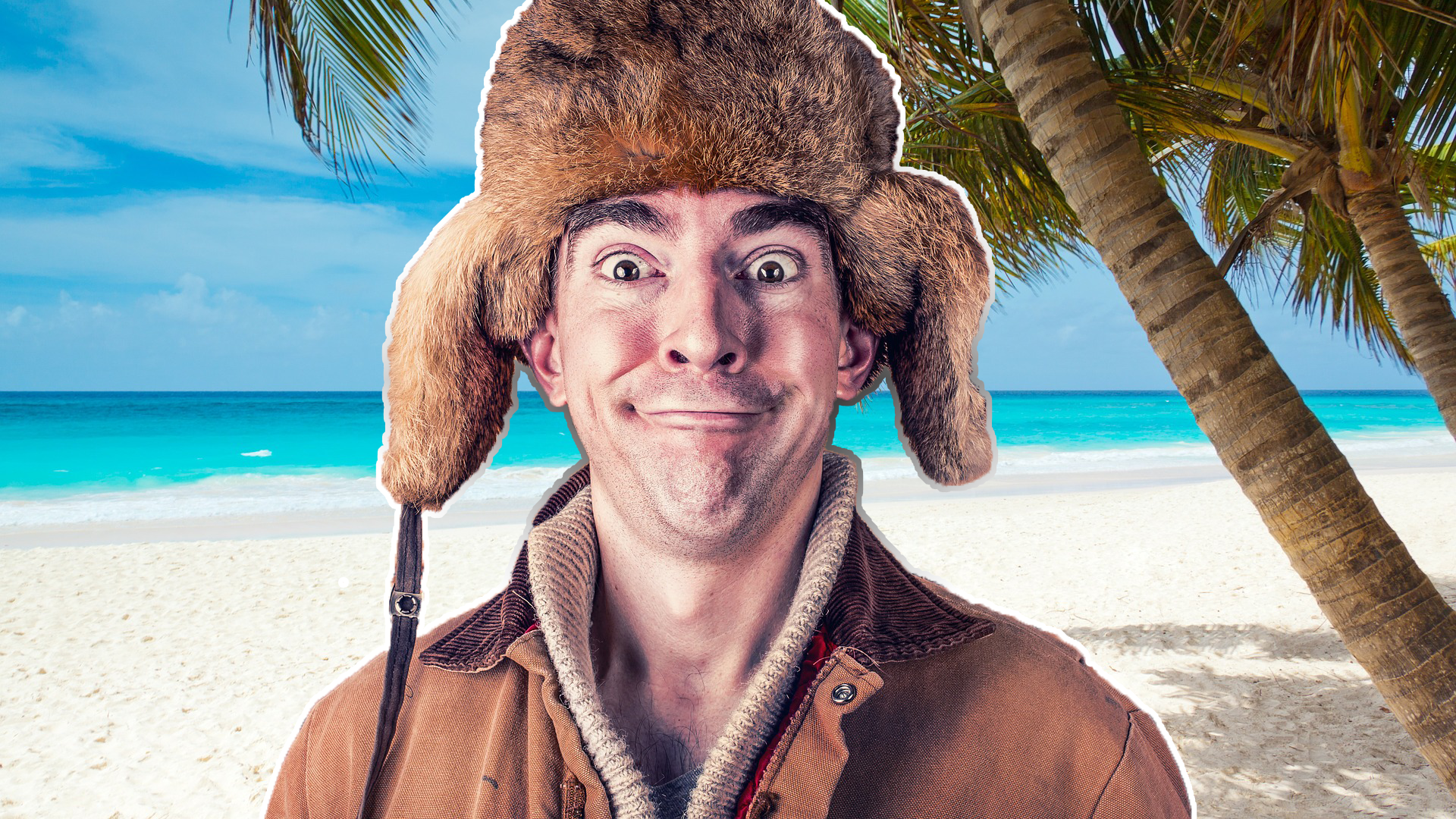 Russia Beyond (Photo: Pixabay)
Russians overprotect themselves against the cold, even if it means going to opposite extremes. This is my personal observation as an expatriate from France, surprised by the sensitivity of the locals towards this environment which has been theirs for centuries.

“You’ll catch a cold like this!” “Close your jacket!” “Put on higher socks!” “Put on your hood!” “Where is your scarf?” are injunctions that are frequently addressed to me. Though, I am not ten years old anymore and these phrases are not formulated by my mother, either, but my friends, my concierge and, sometimes, even strangers. What do these people have in common? They are all Russians.

These clothing recommendations, which would be justified if expressed during a winter expedition in Yakutia, a Siberian region where temperatures are regularly close to -60°C (-76°F), are, in reality, pronounced far beyond the framework of the cold season and in thermally much milder latitudes.

Indeed, it is not uncommon for me to notice, as soon as fall arrives or even in the middle of spring, how the security guard of my Moscow apartment building reproachfully looks at my bare ankles; and he does not hesitate, always in a joking tone though, to reprimand me about this. However, my goal is not to join the ranks of the local “cold hardening” followers, who bathe in icy water and walk in t-shirts in the middle of the snowdrifts, but simply to dress according to how I feel. 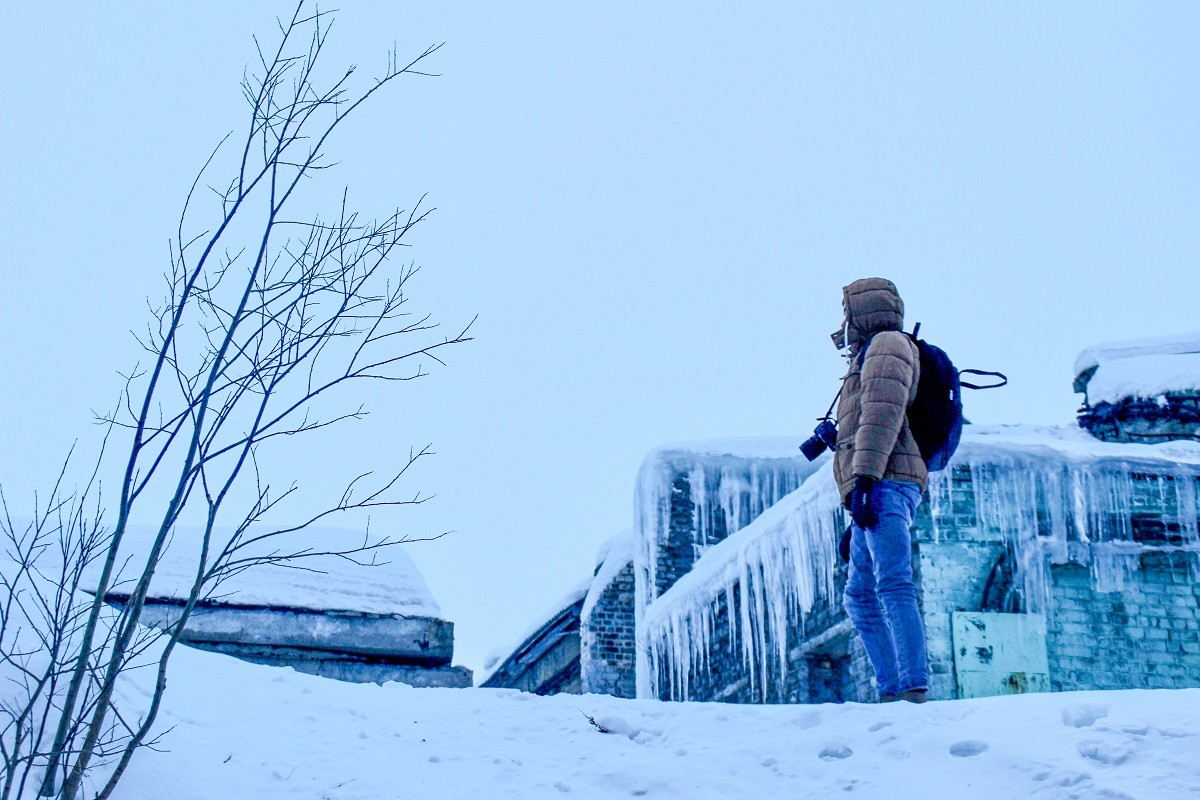 Of course, I have made some mistakes in this matter, like the time when, in the Arctic region of Murmansk, I climbed a mountain in jeans and city shoes with a friend, also French and just as badly dressed. I still remember the laughter I had seeing her shaking frantically, harassed by the violent and icy snow squalls at the top of the ski slopes. Or another episode, in Siberia, when, after having spent a whole day walking around in -30°C (-22°F) temperature without any protection on my face, my upper eyelid ended up freezing, requiring a surgical operation later on.

Nevertheless, apart from these extreme cases, I have very rarely suffered from the cold and have never really fallen ill for going out dressed in a way I considered appropriate. Why, then, do the Russians insist on persuading me to cover up more? Is it out of a sense of benevolence towards a foreigner they think is unfit for their harsh climate, or is it a sign of their own acute sensitivity to the cold? With time, my reason tends to lean towards the latter hypothesis. 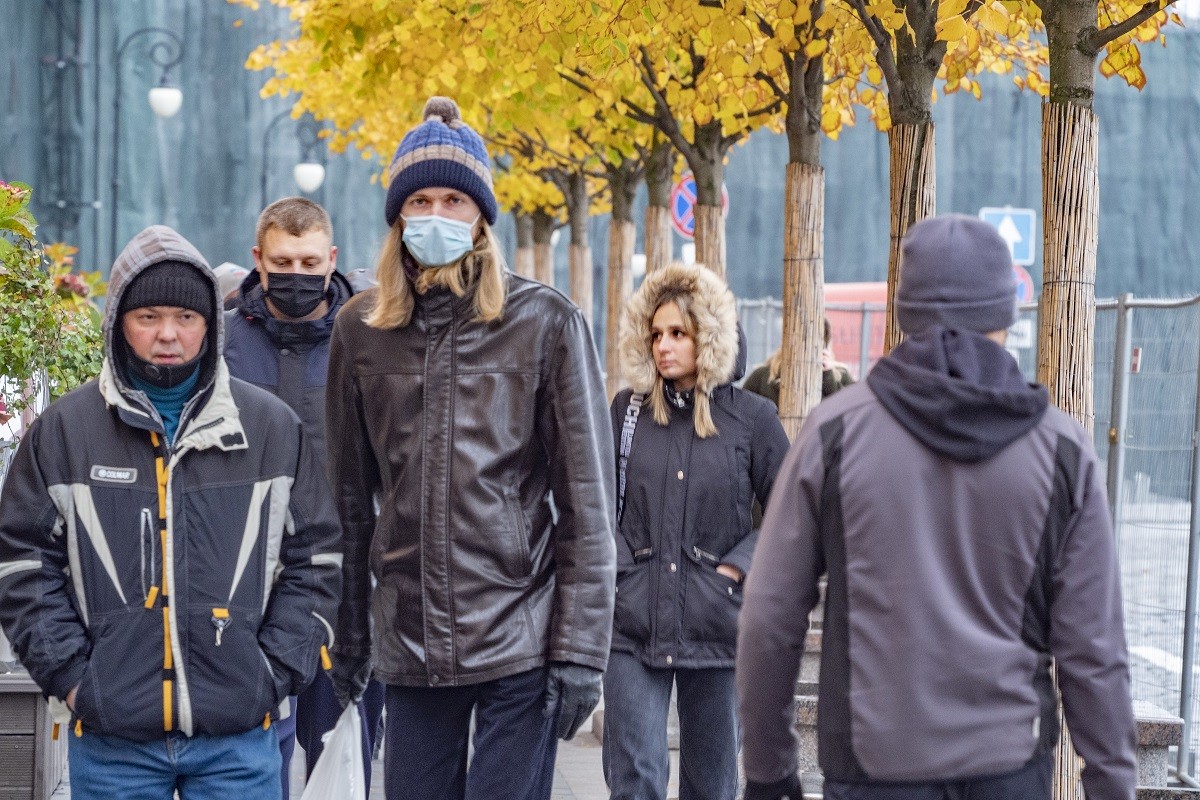 At the beginning of October 2021, in the middle of what is commonly known as the ‘Indian summer’, when daytime temperatures were still above 10°C (50°F), making it easy to walk around in fall clothes in a decor of golden and purple leafage, it seemed many Muscovites had already taken their down jackets, woolly hats and winter boots out of their closets.

This season is also the time when another manifestation of the Russians’ radical love for warmth occurs – the turning on of the central heating indoors. This would be no problem if everyone could set the thermostat at home as they liked, but, most of the time, this is not the case at all. In Russia, in the majority of buildings, central heating is predominant, leaving residents no freedom in this area.

And, just like in public transport, stores and other public places, the set temperature is often unbearable. Thus, in the room I rented until recently, in winter, not only did I constantly burn my feet by touching the cast iron pipes while I was sleeping, but I was obliged to open and close the window every five minutes, as it was as if I was being immolated in hell if I left it closed for too long and as if I had been attacked by an arctic blizzard if I left it open too long. 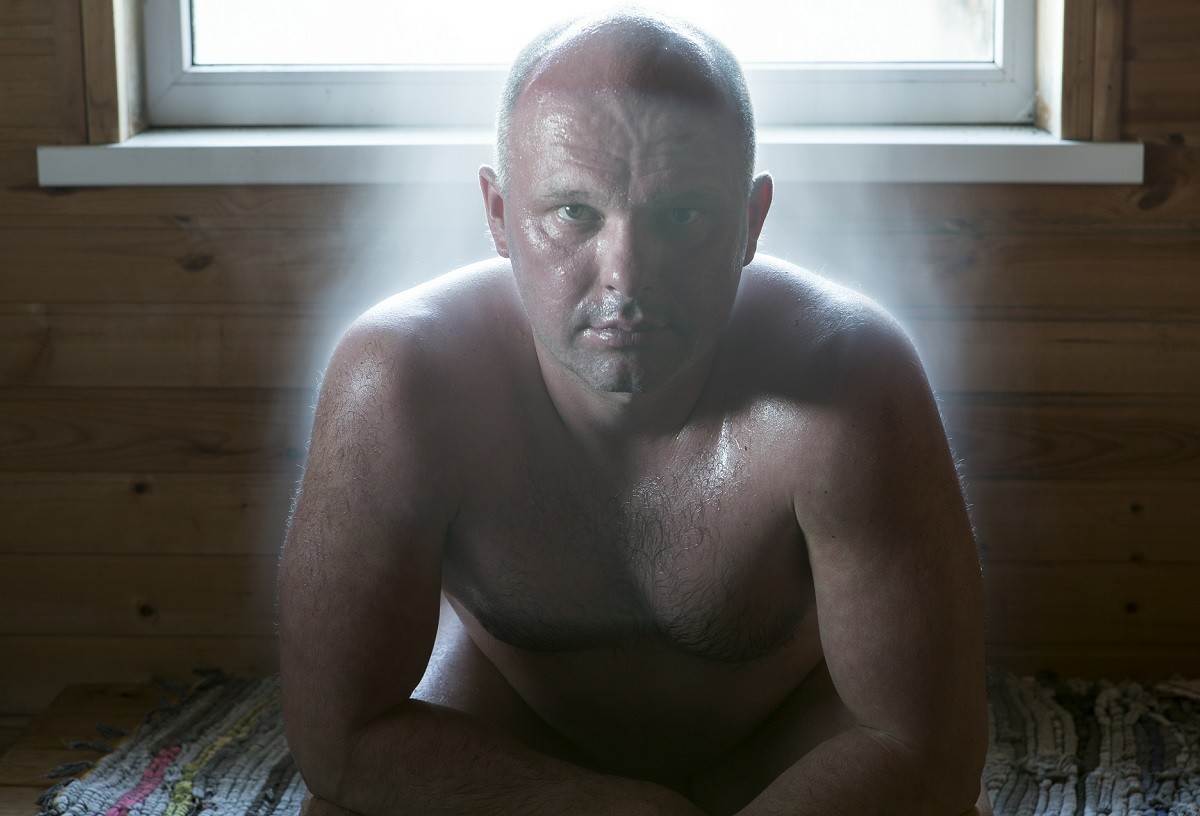 This situation leads me to a theory: aren’t Russians actually insensitive to heat? Several facts support this idea: their ability to drink their tea just poured from the kettle, while my lips seem to singe instantly at contact, or their ability to survive in that Soviet, and clearly dysfunctional, banya in the Moscow suburbs, where, led by my Kazakh flatmate, I had no other choice than to keep my eyes closed and to breathe only in small bursts, in order for my lungs and my eyeballs not to get incinerated right away, the air being unusually and excessively drier and hotter than in other places of this type I visited.

At the origins of fear

So, a final question arises: Is this quasi cryophobia of the Russians the fruit of a wisdom, developed over the centuries by the experience of the danger represented by this inhospitable climate and of which I am deprived, or is it the remnants of an ancestral fear, the roots of which go back to a time when housing, medicine and infrastructure were not as effective as they are today, but which no longer apply? In my opinion, this insoluble question is comparable to that of the chicken and the egg. Which came first, caution or fear toward the cold? 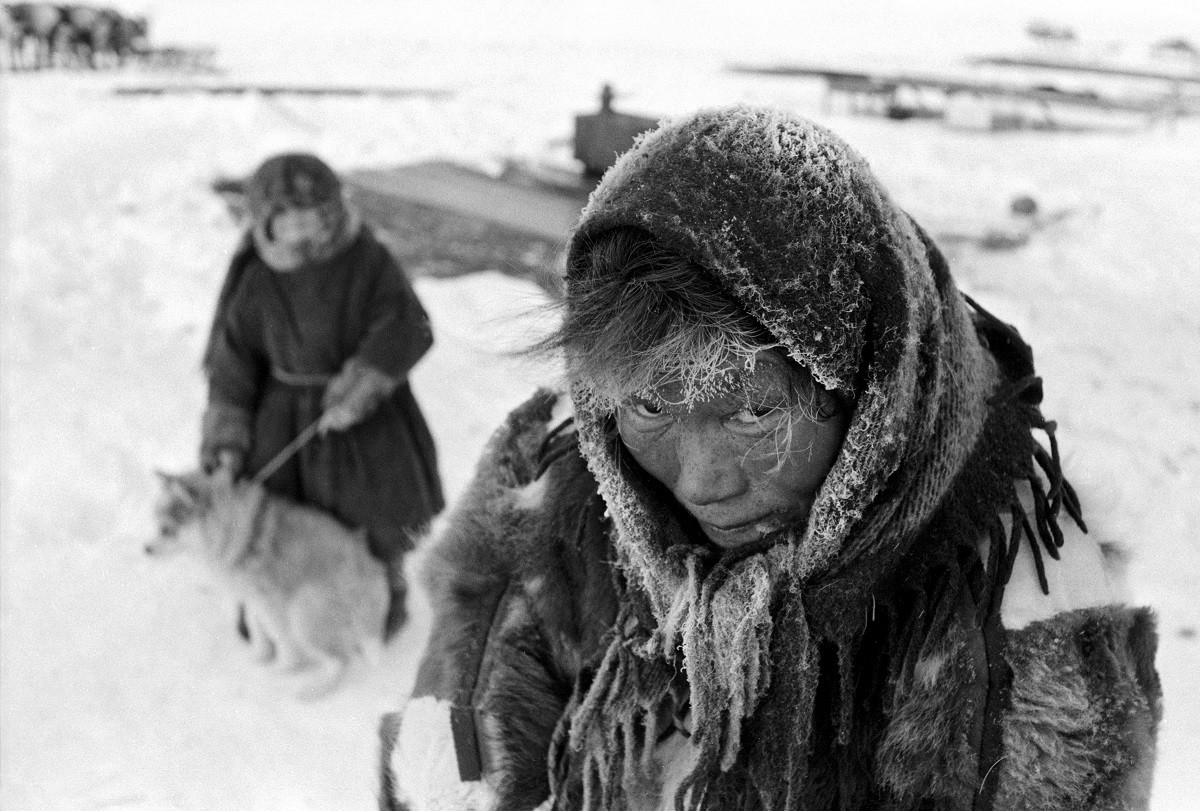 In any case, it must be said that, since the dawn of time, negative temperatures have been a source of fear for the peoples of Russia. Among the Yakuts, for example, the supreme benefactor deity, Yuryung Aynyy Toyon, resides in the ninth heaven, the most magnificent of lands, where winter does not exist. Moreover, hell, which is represented in the West as fiery, is imagined by several ethnic groups of the Arctic and Siberia as a kingdom of eternal ice. In addition, if the mythology of the pagan Slavs remains largely unknown, researchers put forward the existence of Chernobog (literally “Black God”), an incarnation of absolute evil, bringer of disasters and master of the cold, sworn enemy of Belobog (“White God”).

Nevertheless, not having been personally immersed in this cultural bath which made the frost the enemy to kill since my birth and not being yet sufficiently russified to draw any pleasure from sweating under seven layers of clothes, please, allow me, dear security guard, dear friends, dear strangers, to continue, at my own risk, to unbutton my jacket in winter!