Waste not, want not: How Russia plans to tackle its trash problem 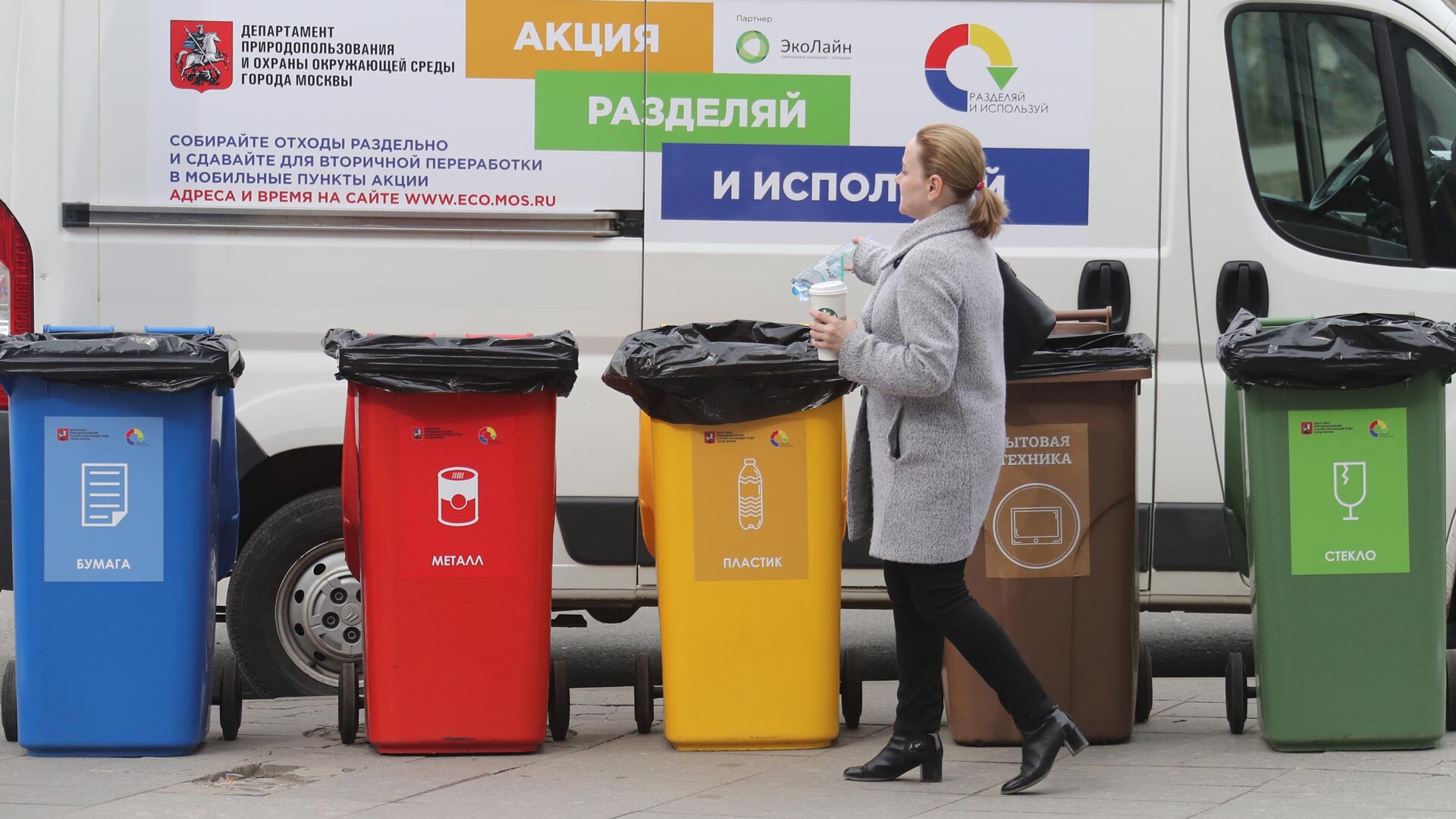 Artem Korotaev
Every year, humanity produces more than two billion tons of household waste, which threatens to turn the planet into one big garbage dump. In Russia, the problem of household waste is also relevant, especially since the country lags behind when it comes to processing and recycling. But there are new regulations and initiatives that aim to tackle this problem.

In Russia, about 70 million tons of waste is thrown away each year – a weight comparable to 12 Great Pyramids of Giza. The area of official landfills alone increases by 400,000 hectares annually, which is more than the territory of Moscow and St. Petersburg combined. If nothing is done, by the end of the decade, this area will be twice the size of the Sea of Azov. 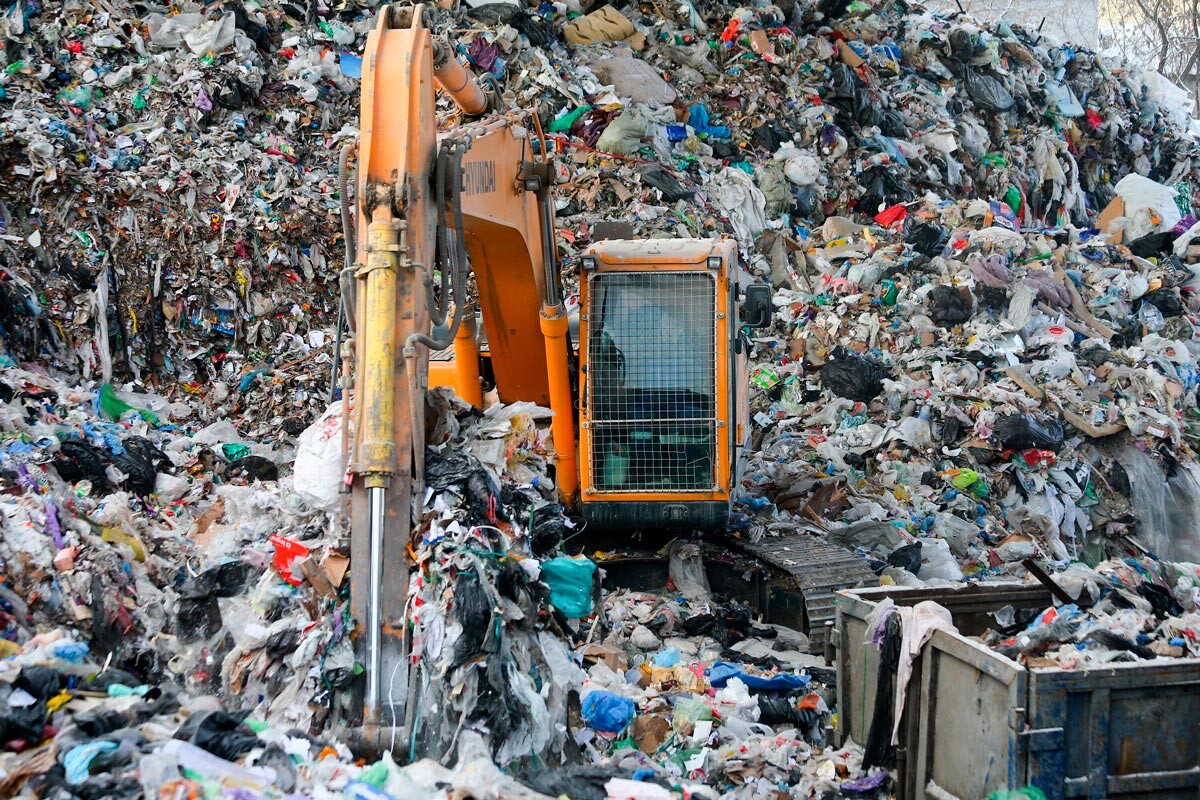 Luckily, it appears that the government is serious about solving this problem: in 2018, a national project called ‘Ekologia’ was launched. The most important feature of this plan is the creation of a sustainable system for handling municipal solid waste. By 2024, the creation of 220 new modern complexes for the processing, storage and disposal of waste is planned. Additionally, by 2030, the amount of waste sent to landfills should drop by a half, while 100% of it will be sorted, paving the way for a better recycling system.

By the end of the decade, more than a third of what is considered to be household waste will receive a second life, becoming the raw material for new useful items. For example, 400 aluminum cans can be used to make a children’s bike and just 25 plastic bottles can make a fleece jacket. At present, however, only 5-7% of waste is recycled in Russia. 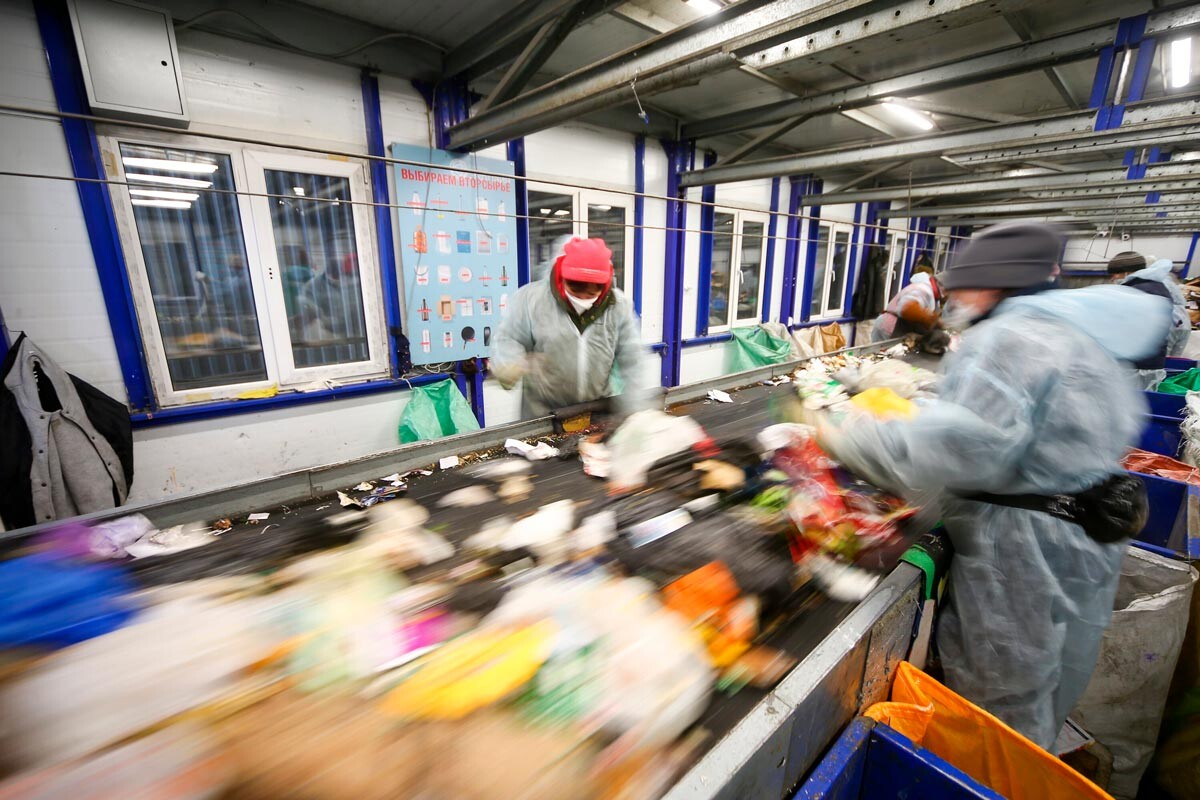 In the near future, ‘Ekologia’ will produce a map with information on the nearest waste collection points, so that each person can quickly find where glass, paper, batteries, etc. can be disposed of within walking distance in their region. Apart from making recycling easier for citizens, ‘Ekologia’ also aims to educate Russians on the importance of concepts like sustainable consumption, circularity and zero-waste, so that less waste is produced in the first place.

Long way to go for proper disposal of e-waste 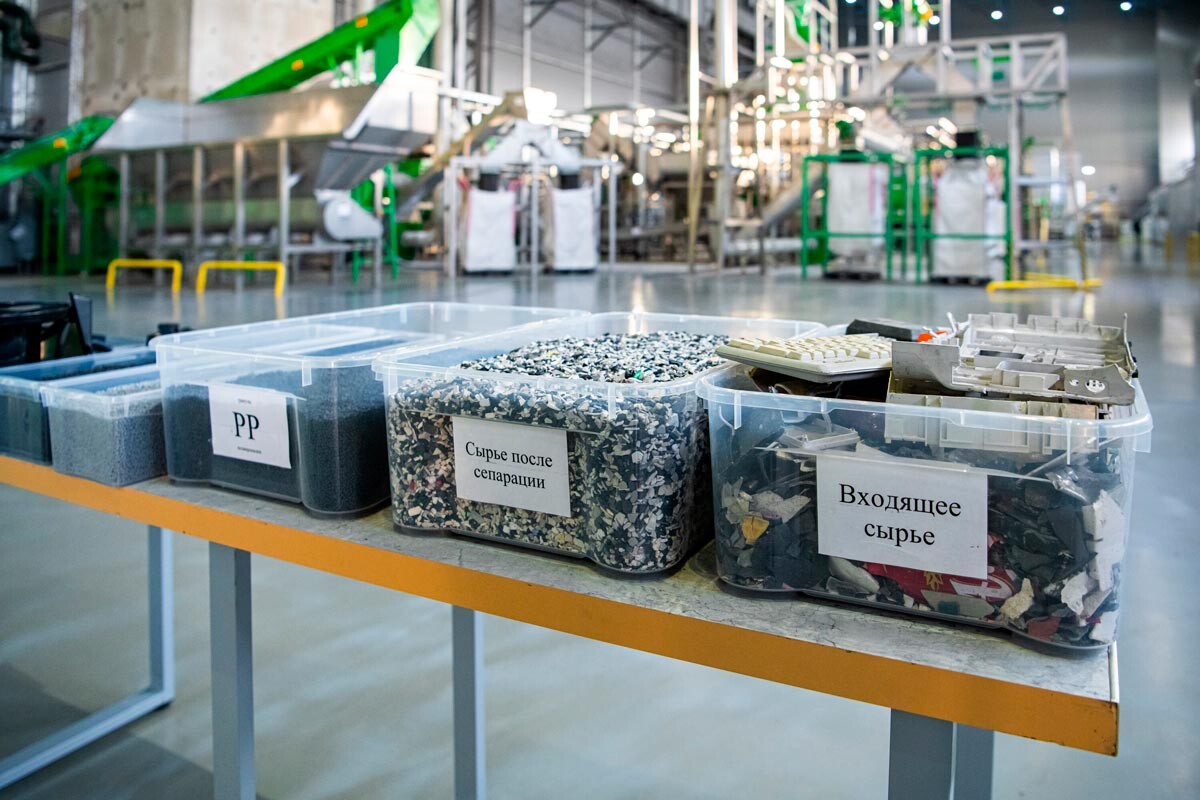 Electronic waste (e-waste) comprises various forms of electric and electronic equipment that have ceased to be of value to their users or no longer satisfy their original purpose. The waste is the result of advancing technology that leaves behind old computers, laptops, televisions and other electronic devices that require specialized methods of recycling because of toxic by-products. The majority of the world’s e-waste is recycled in developing countries, where informal and hazardous setups for the extraction and sale of metals are common. 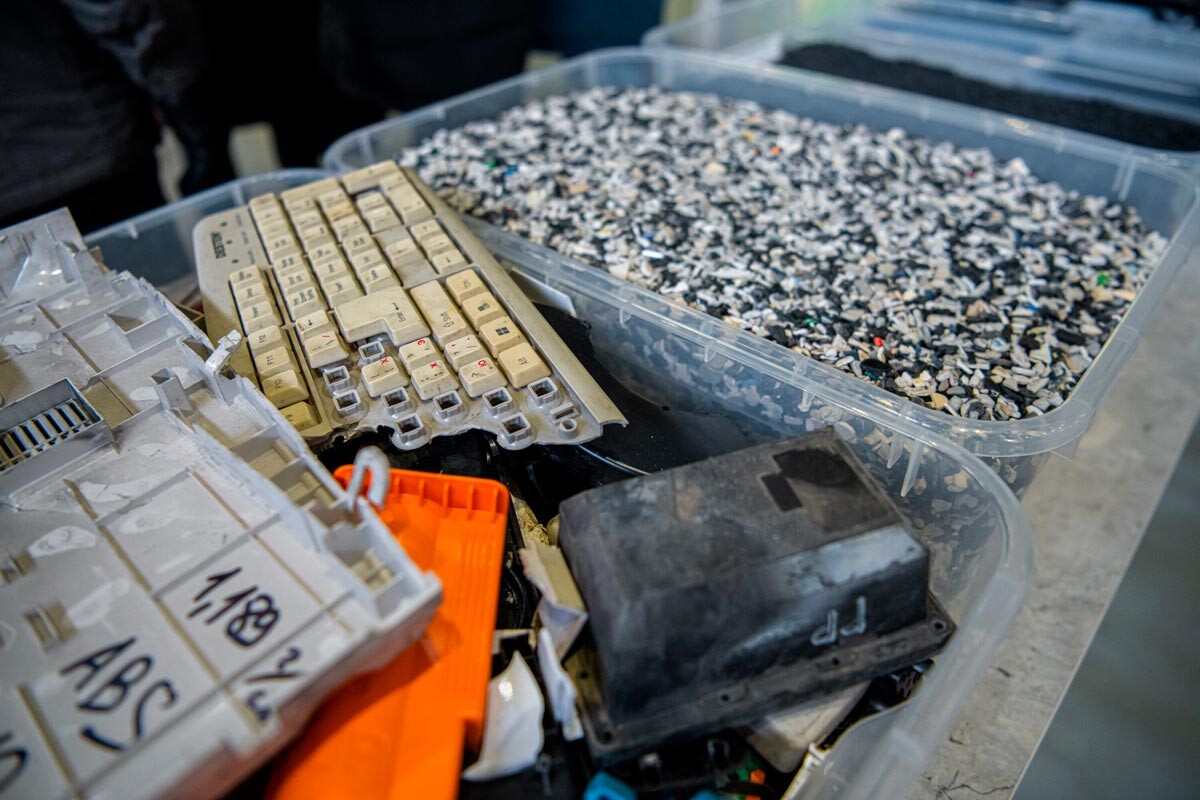 Since March 1, 2022, it is forbidden to throw away household appliances, computer system units or hard drives into normal garbage containers in Russia. These items will need to be recycled. However, the infrastructure is still not entirely in place in order to comply with the new regulation.

“There are very few recycling points for collecting household appliances in the regions of Russia. Today, there are certain difficulties when it comes to sending things like televisions, refrigerators, computers and other equipment for recycling. There are several enterprises and companies that take in these goods from Russians, then separate the valuable metal from plastic and hand over all the parts for recycling,” Yulia Totskaya, Editor-in-Chief of ecowiki.ru (an online platform for promoting an eco-friendly lifestyle and growing the ecological community in Russia) says. 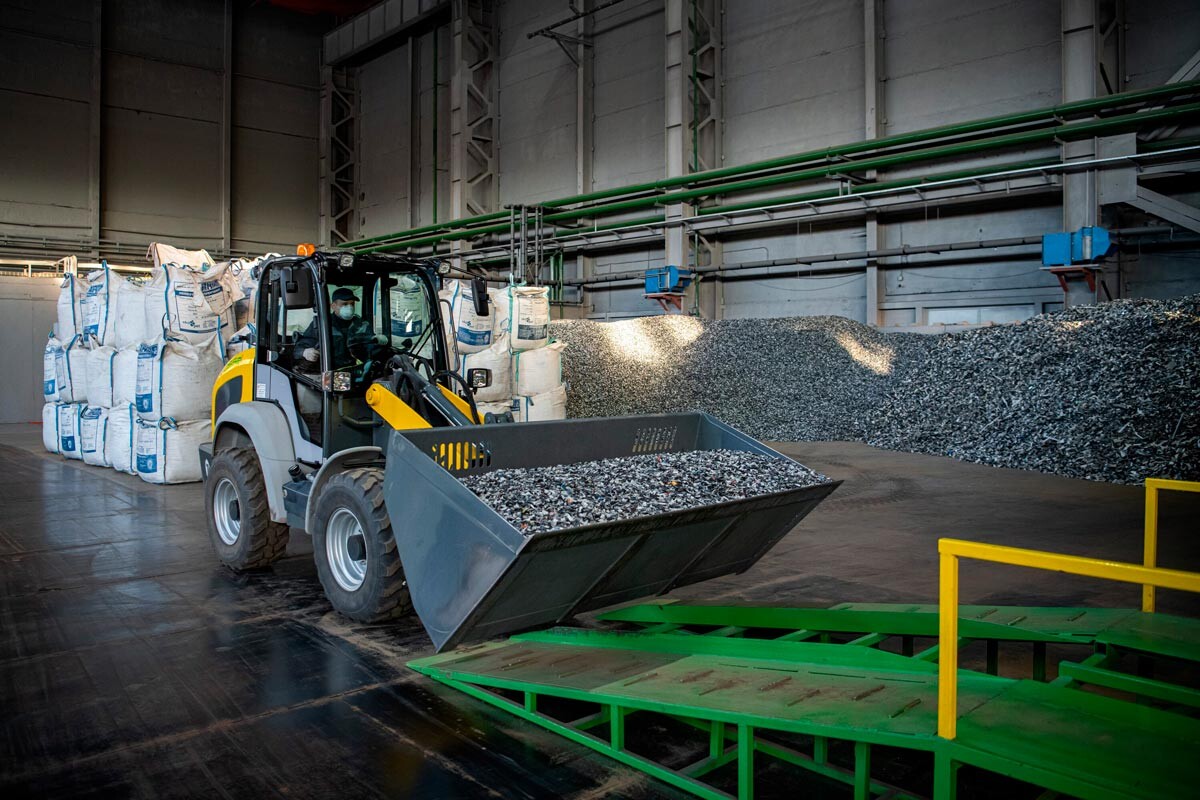 Authorities on a municipal level should provide collection points for e-waste. According to Totskaya, 1-2 such points per district is enough. If the infrastructure for properly disposing of e-waste is in place, then people will understand where to take their old household appliances without the risk of being fined.

Plastic can be fantastic 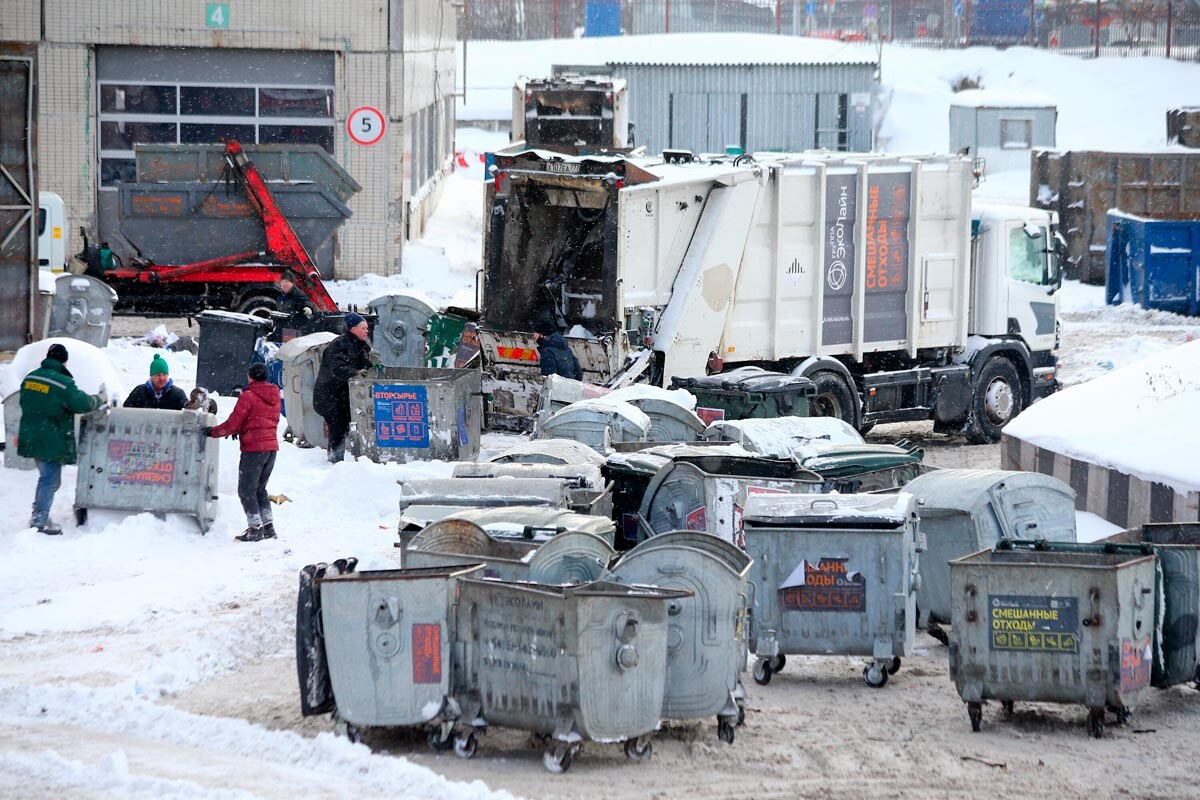 While dealing with electronic waste still poses a problem for Russia, when it comes to plastic, Russians are proving to be increasingly resourceful and creative. There seems to be no shortage of start-ups and enterprises that demonstrate that one man’s trash could easily be another man’s treasure.

‘Umnaya Sreda’ (Smart Environment) is a company in Kaliningrad that produces street furniture such as bins, plant pots and benches from used plastic bags, packaging film and sand. In Yekaterinburg, the Uraltermoplast plant processes plastic into a polymer that gets a second life as colored boards for playgrounds, fences and garden furniture. 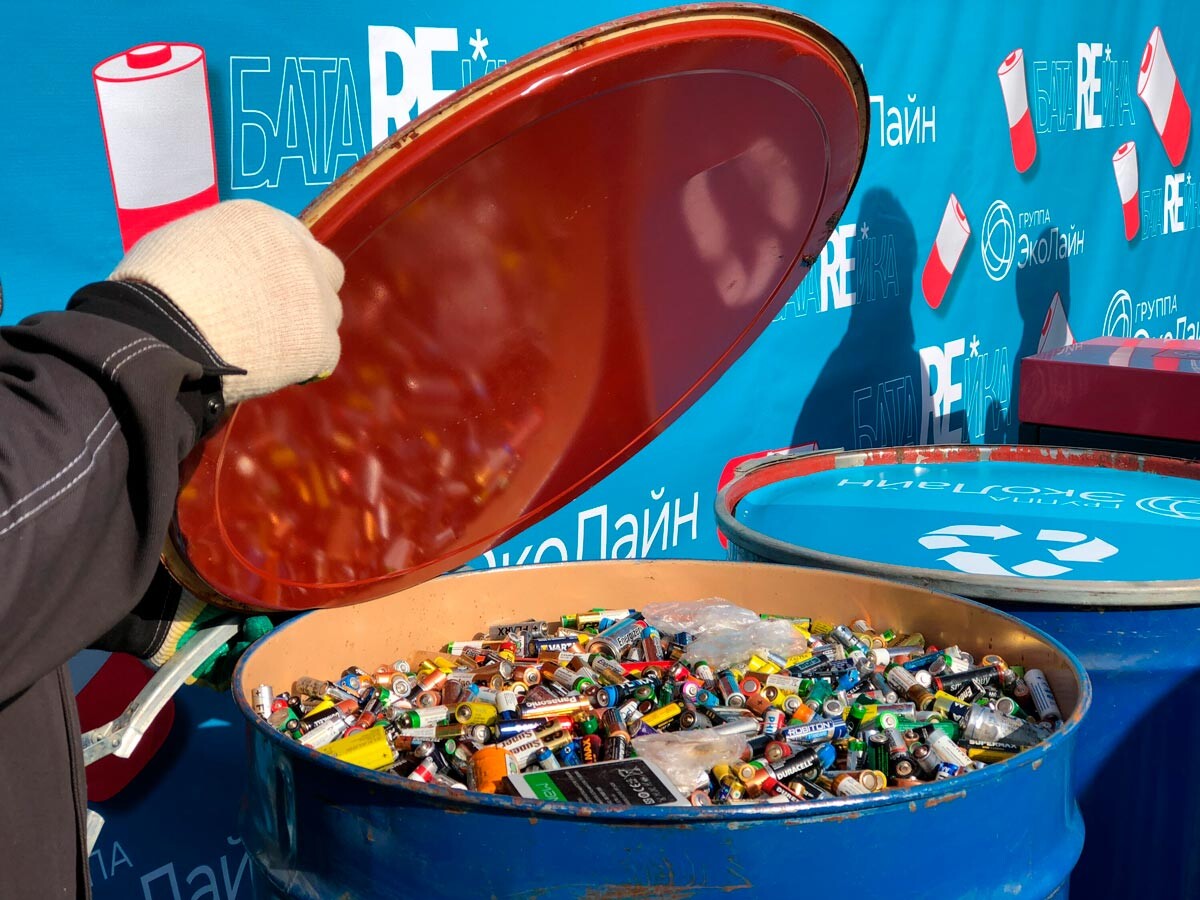 The Moscow-based company Aksion Rus produces innovative train track superstructure materials, such as railway sleepers made from completely recycled plastic, as well as material for repairing composite and wooden sleepers – some 170 tons of material is used per every kilometer of sleepers! The raw material comes from the company’s partner enterprises from all over the country.

Galina Larina is a graphic designer, eco-activist and the creator of the ‘Plasticdoom’ brand. She made a plastic melting machine herself with the help of which plastic bags are transformed into raincoats, backpacks, umbrellas and panama hats.

That said, this is still somewhat a drop in the ocean. According to the Ministry of Industry and Trade, about 3.6-5 million tons of plastic waste are generated in Russia every year.

Paving the way for a waste-free Russia 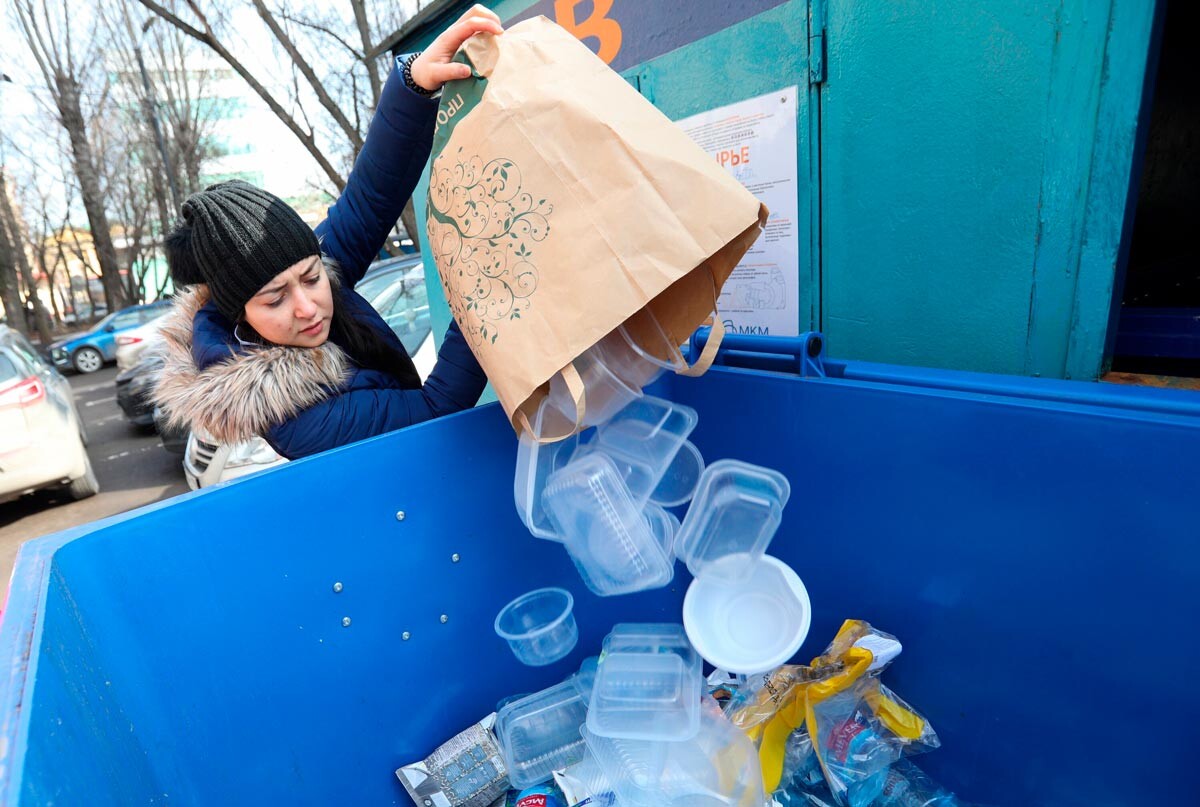 Initiatives like the ‘Ekologia’ national plan are certainly welcome in Russia. However, Totskaya cautions that when it comes to the ambitious goal of sorting all waste in all regions of Russia by 2030, there are several elements to consider before becoming overly optimistic.

“First of all, we need to think about modern infrastructure. The volume of waste produced throughout the country is huge. To ensure that 100% of it is sorted, hundreds of waste sorting plants still need to be built. The second point is the quality of the sorting of waste. These are oftentimes contaminated recyclables that can be sorted, but the question is what they can then be turned into. It is necessary to establish chains of production, supply and purchase of recycled products. The third point is to strengthen measures to prevent and reduce waste generation. Shopping responsibly, switching to reusable alternatives to single-use non-recyclable containers and packaging, and separating our trash before it ends up as mixed waste are all important steps we can take as individuals. For example, clothes: if we throw it away together with other types of trash, they will get dirty and will then only be suitable for incineration or burial,” Totskaya adds. 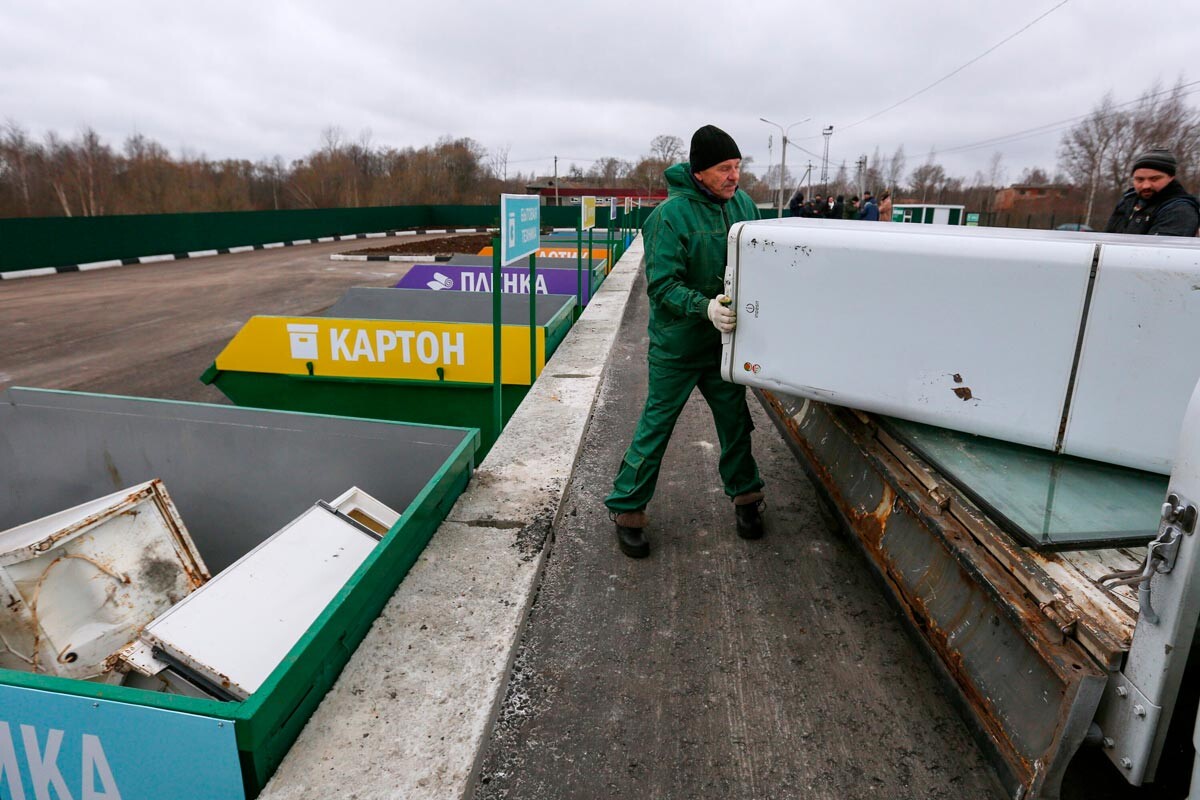 Luckily, when there’s a will, there’s a way. Russian society is ready for changes in waste management. People are concerned about the state of the environment. According to a Greenpeace survey from 2020, plastic waste was included in the top five most worrying environmental problems for Russians. And while there’s still a lot left to be desired when it comes to developing the necessary infrastructure for sorting and recycling waste in Russia, in recent years, many Russians decided to take matters into their own hands and become more environmentally friendly by embracing the philosophy of conscious consumption.