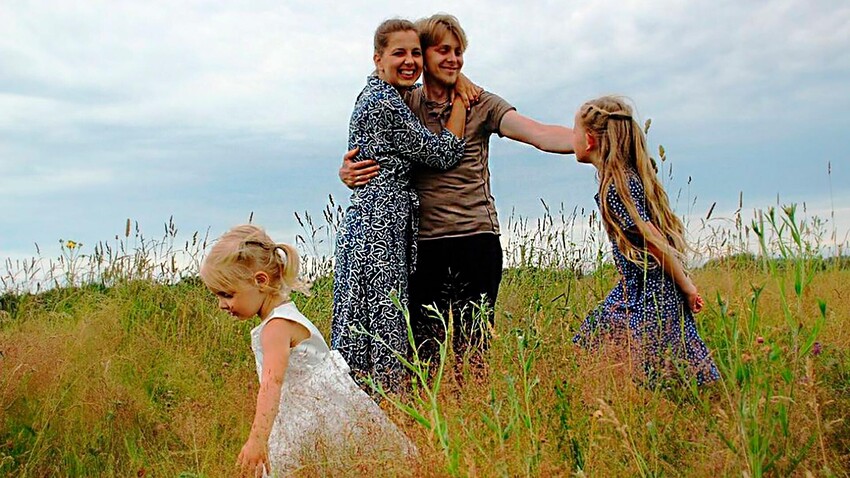 @art_masterskaya
With increasing frequency, residents of big cities are renting out their apartments and moving deep into the countryside to be closer to nature. And they’re not scared off by the utter lack of infrastructure nor the occasionally scant amenities.

Russia is beginning to be swept by a trend for a return to grass roots. City dwellers are leaving their urban jungles for the countryside. They refer to themselves as ‘upshifters’ - instead of downshifters. Why? Because, according to them - and contrary to the popular way of looking at it, the move is actually a step up.

Anna Panikhina lived with her husband and two children on Moscow’s outskirts and was an office worker on maternity leave. One morning, the entire family decided to spend a weekend in Pereslavl-Zalessky - a small provincial town with 37,000 residents, some 133 kilometers outside Moscow. And they never returned.

“We were visiting our friends five years ago in September. Our youngest daughter was nine months old at the time, the eldest was four,” Anna Panikhina says. “We fell in love with this place and rented a vacant house there that very Sunday and stayed for an entire month and then for another one and another one - so, here we are. We’ve bought our own now.”

Anna says that the choice of town was accidental, they were literally charmed by the rustic architecture and the giant Plescheyevo Lake, on which it sits. The lake is believed to be at least 30,000 years old. The locals also love to show visitors the famous local landmark - the “blue rock”, a remnant of an ancient pagan cult, which changes color after it rains. Legend has it that it can make your wish come true. 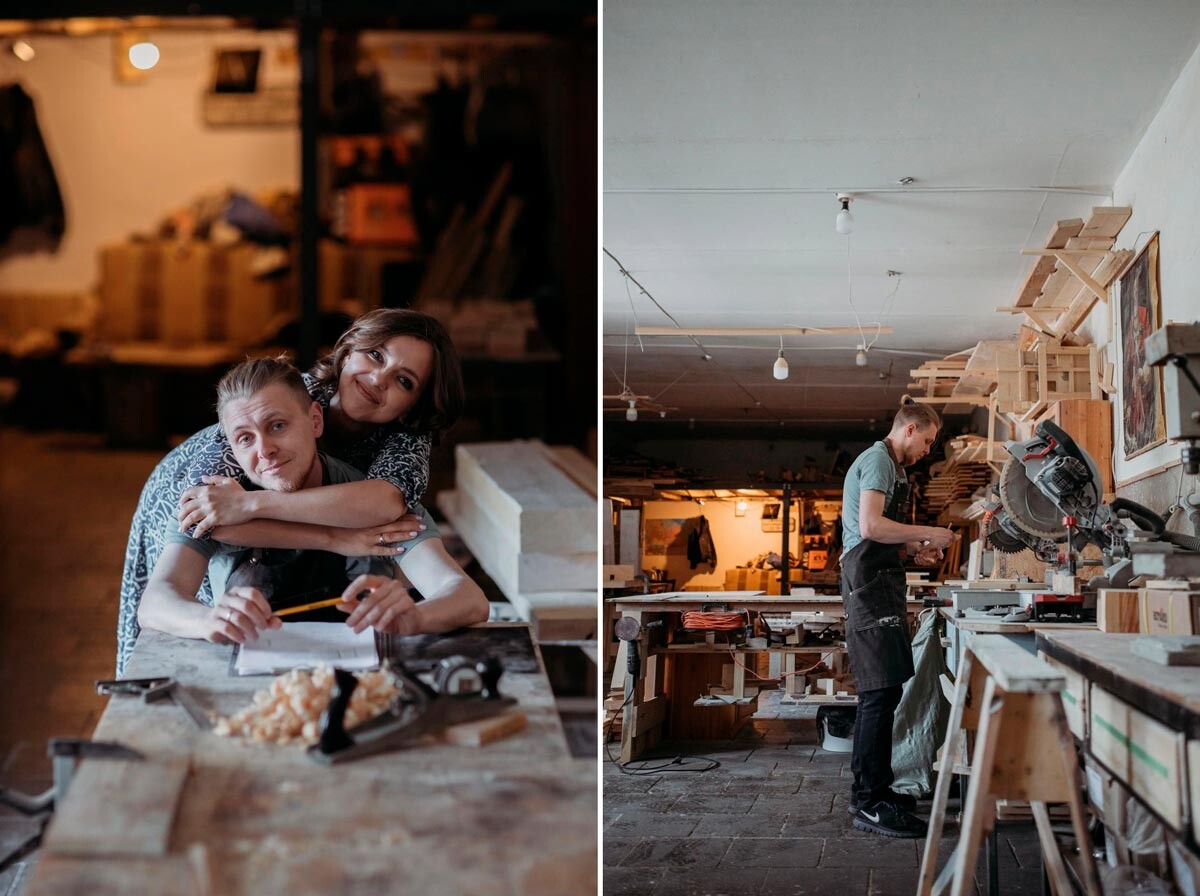 Having moved to the Russian countryside and given up their Moscow livelihood, Anna’s husband found a new job. Andrey already had experience in wood construction and managed to find something to make ends meet: neighbors once asked him to make a ladder and four beds. Anna uploaded the results online and Andrey began receiving a flood of orders from all directions. Today, the ‘Panikhin’ workshop delivers beds to Russian customers across the country. 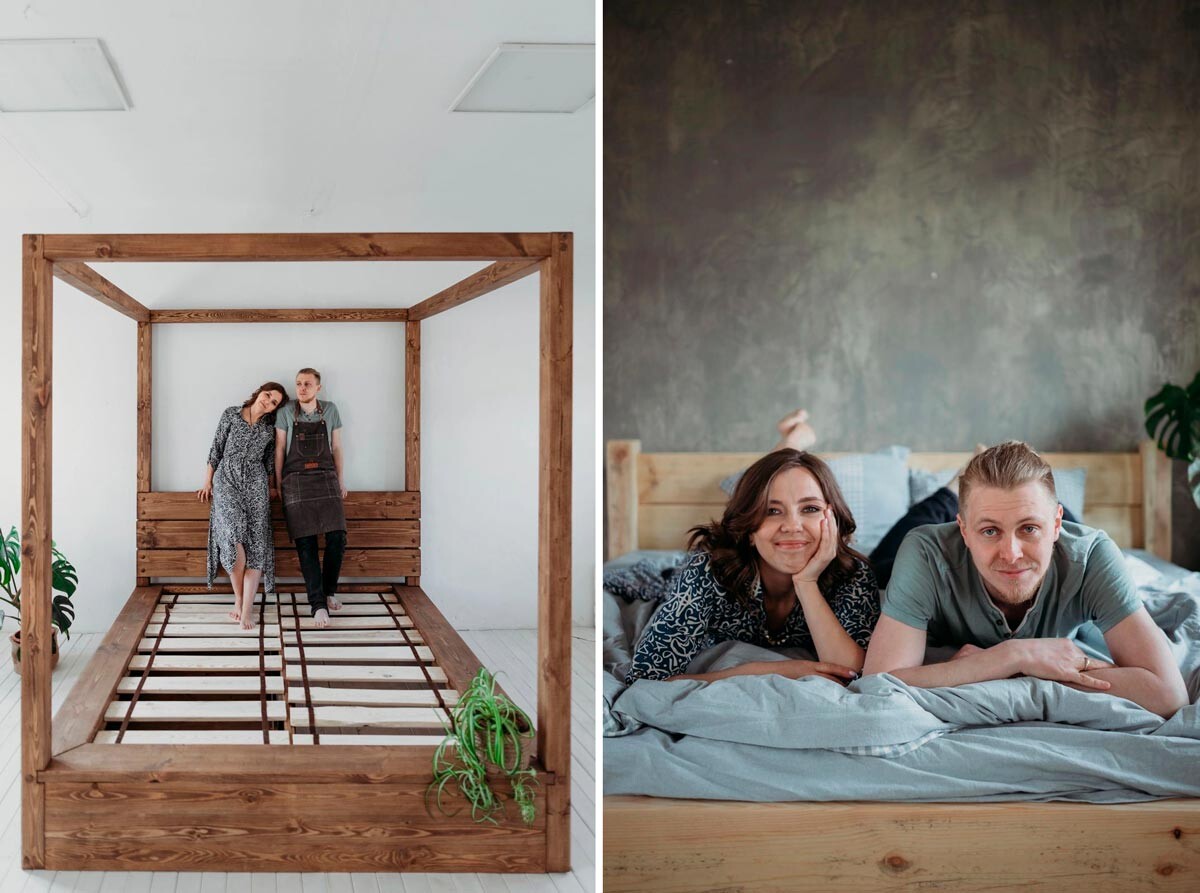 The money from the business is enough to support the family and rent the workshop - although the Panikhins did have to borrow money to buy the house, Anna admits. 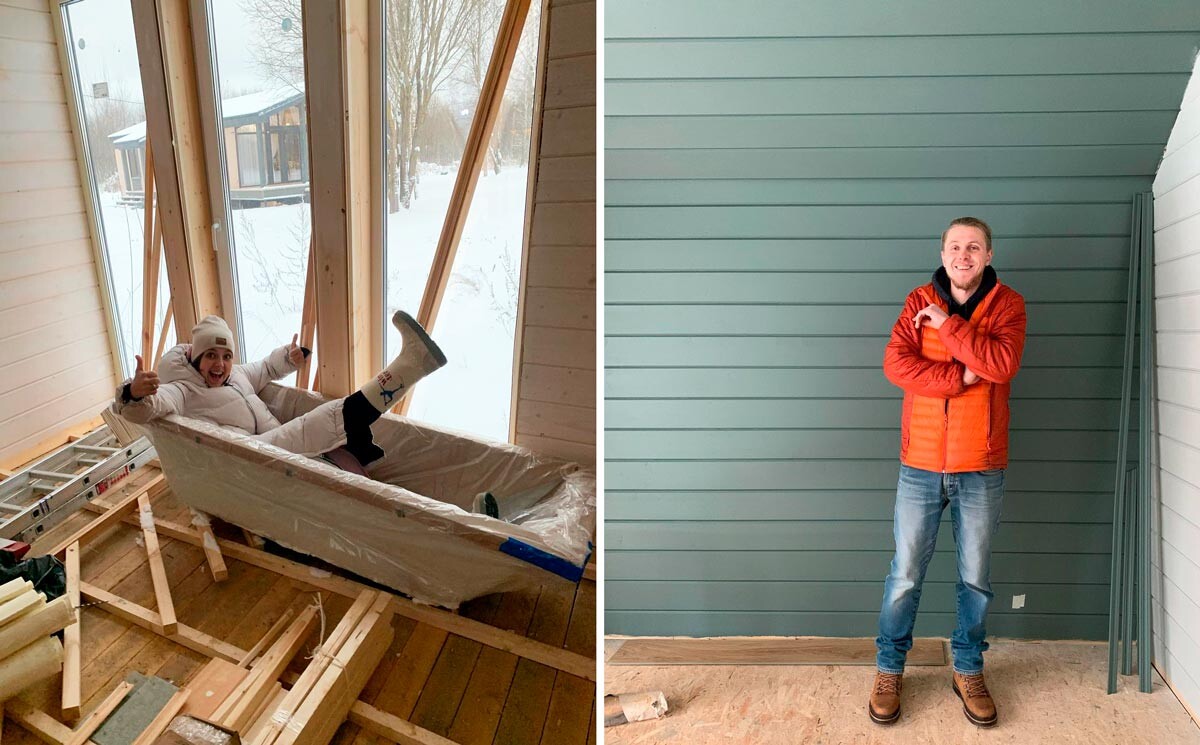 The Panikhin’s recently bought their own home here, in Pereslavl-Zalessky.

Anna doesn’t really see the obstacles they faced as such. The family had to tighten their belts a little, but the orders increased in number and Andrey was finally able to rent a workshop not far from their new home. “The one thing we do miss is our parents’ help and presence. They don’t like to leave home, so we don’t see them as often as we’d like these days. But, we do often have friends over for the weekend. Our communication has improved in length and quality - before it used to be very sporadic,” says Anna, who goes by the moniker ‘The Carpenter’s Wife’ online. 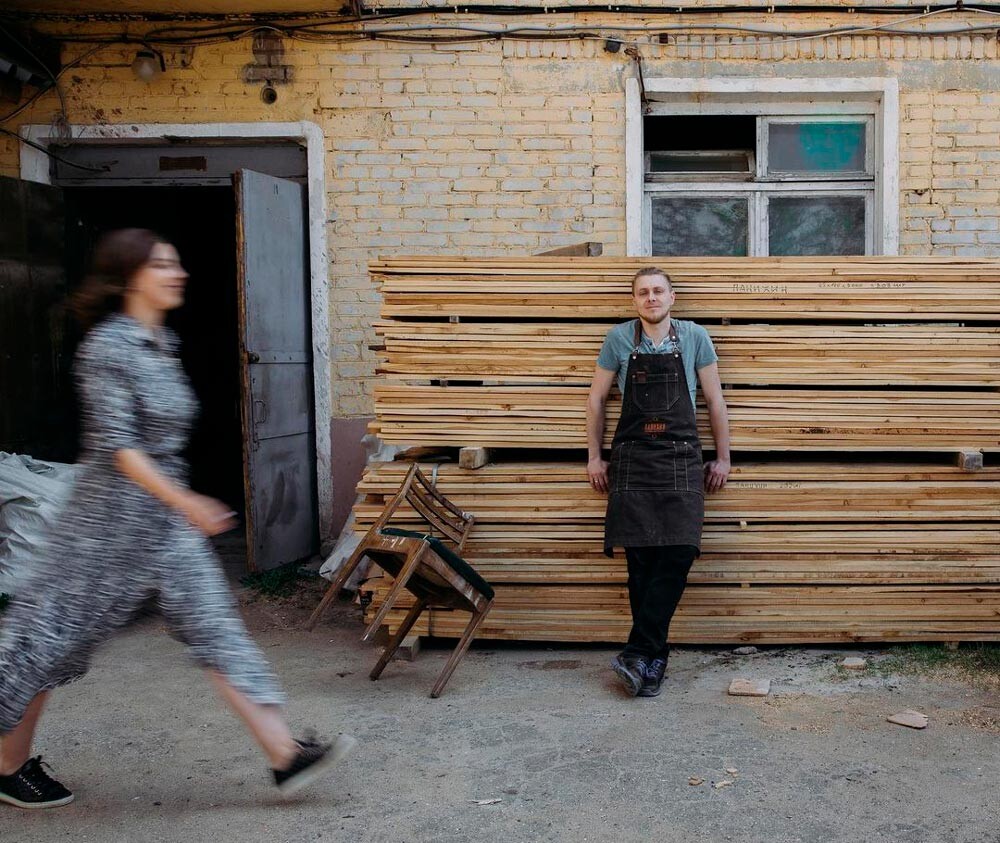 It turns out that the town has a wonderful infrastructure for children, while the schools have great teachers. This is, in large part, due to the fact that Panikhins aren’t the first people to have arrived there from the big city. And the family found many new friends and like-minded people this way. Moreover, the community of creative, active and all around brave younger people continues to grow, as Anna claims.

“I made one friend, then, next week, she brought over another and so it went. There were 20 of us soon and we have meetings every Friday at breakfast to share tips and ideas, gleaned from our work and creative endeavors. One new friend, Nastya, who lived in Thailand for a while, makes tea ceremonies and is a child educator, while another new acquaintance named Ira is a yoga instructor. Some are into medicine, others into women’s healing practices or teaching calligraphy.

Furthermore, because it’s a small provincial town, with plenty of development potential and it provides many opportunities for new arrivals. Organizing these young skilled creators from Yaroslavl Region into a community was Boris Akimov. There, you can find patissiers, ceramists, tailors, wood workers with workshops, and many others.

The former city dwellers normally become the most active part of the local community - they don’t just live and earn a living, but literally help to transform Pereslavl. In 2021, Anna started a project for the restoration of the town’s heritage (‘Tom Sawyer Fest’). Several old and decrepit buildings on the main street were restored to their former glory as part of the festival. And the organizers are planning to repeat the process this year. 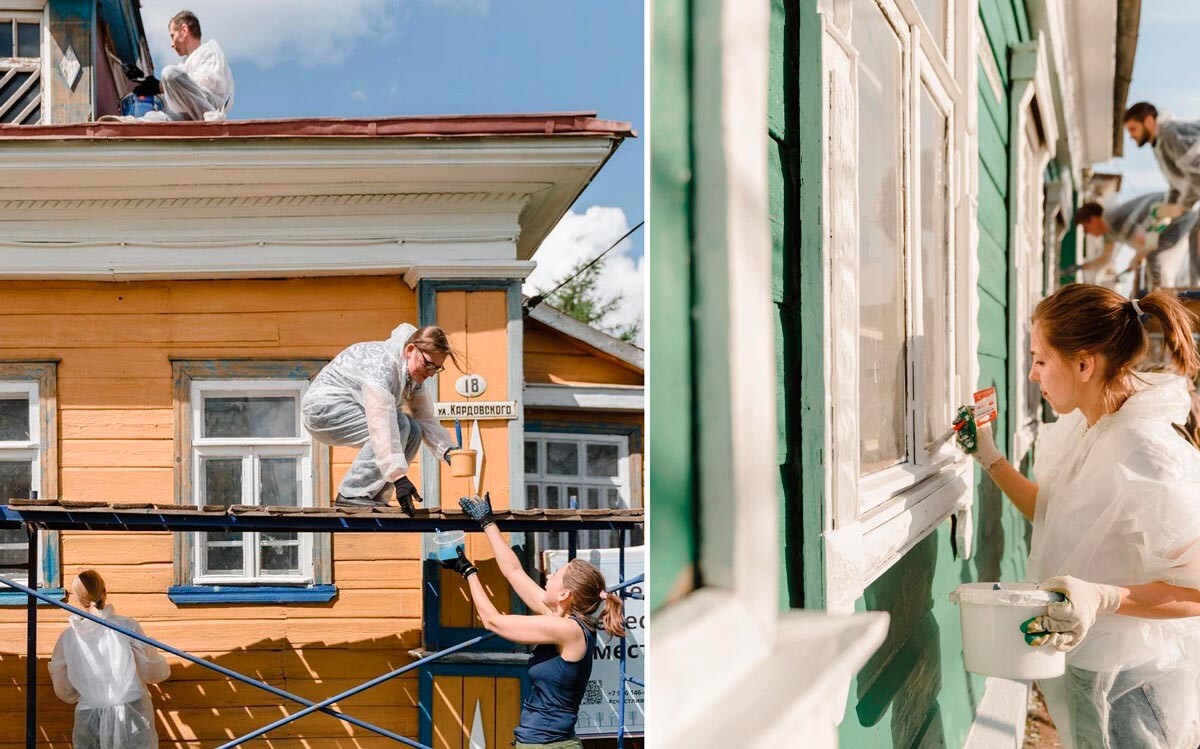 The carpenter’s family and their friends have no plans to return to the big city. Sometimes, the Panikhins love to visit Moscow and have a stroll around town, although they’re usually drawn back the next day. “We don’t have neon ads here, of course, or big shopping malls. But you can walk around barefoot on grass, drink clean water, eat vegetables from a patch and farm-grown meat. We feel better here,” Anna says. 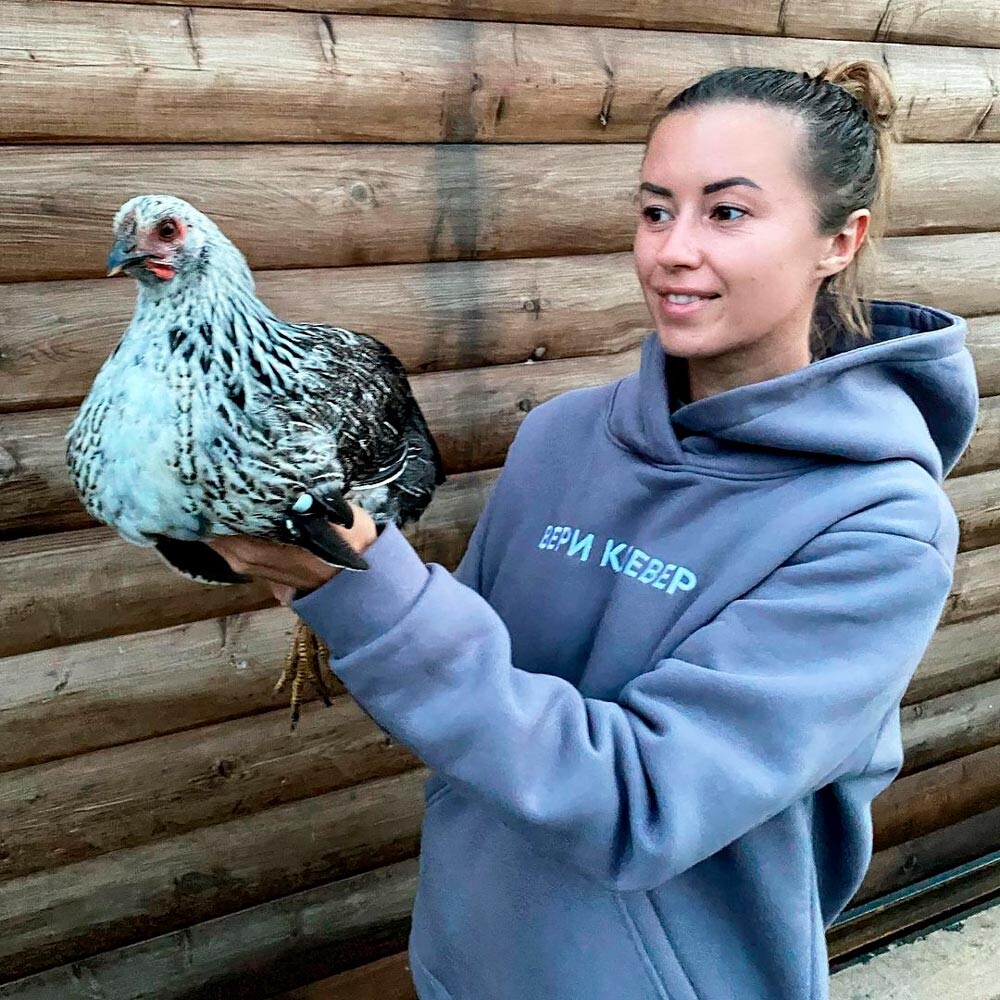 Maria and Aleksandr Dragun have been together for 19 years. Before, they lived in Mariupol, a city in the disputed Donetsk region of southern Ukraine, where they owned an electronics store. In 2014, the family was forced to abandon that life and move to St. Petersburg, where they had relatives. They managed to hold on there for three years: “No sun, no warmth and it was psychologically difficult in a one-room apartment,” Marina says. They remembered that one of their grandfathers left them a house in Kursk Region, some 1,500 km from St. Petersburg. They sold everything in Mariupol and moved to the Russian countryside. 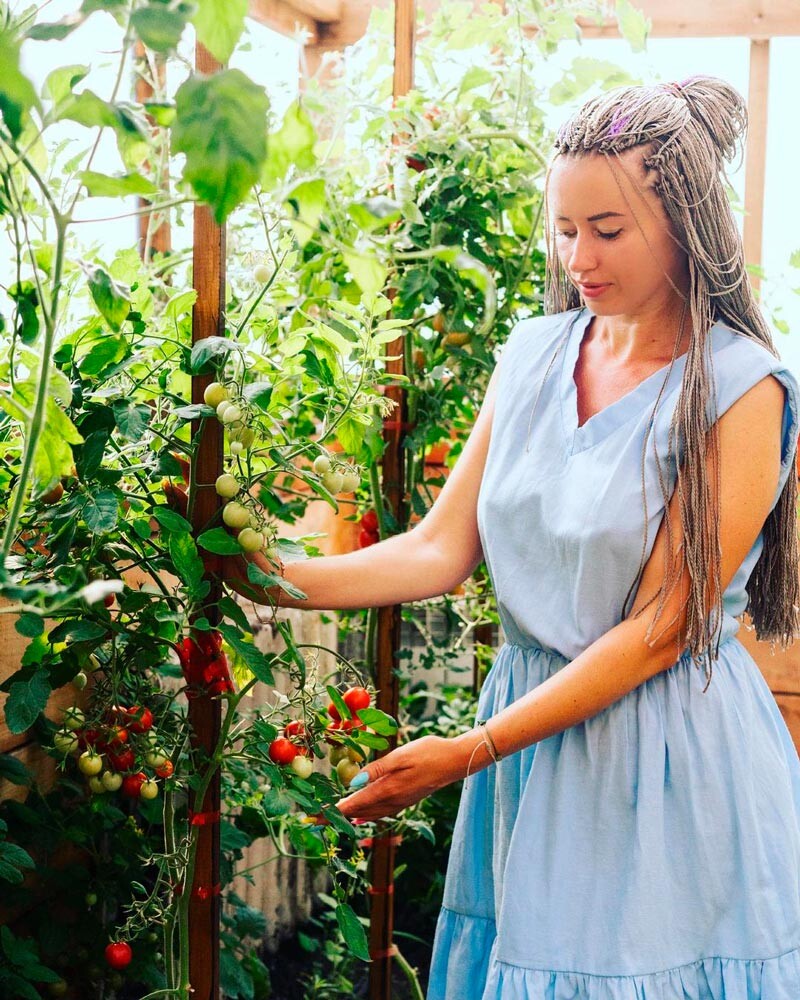 The village house was old and didn’t have its own plumbing, but did have gas. The first half a year, the family would carry water in buckets, having to wash in a basin in the corner of the kitchen. But, little by little, life began to improve: they renovated the house, fitted out the bathroom, made space for a toilet with water and sewage. In the meantime, they started their own vegetable garden on an acre of land and bought several chickens and a rooster for breeding. “There was a neighboring chicken that used to visit our rooster - we referred to her as his lover, she would only go home during the night. Half a year later, she ended up staying with him for good. The neighbors ended up giving her to us - it’s love, after all,” Marina says. They didn’t have experience caring for a domestic bird, but received helpful advice from their neighbors. The amateur farmers then got even more brave and began breeding ducks, then got some sheep and a goat a year and a half later.

The spouses actively updated the online community with all their goings-on and it turned out that people were interested. Many were excited to find out how former city dwellers got acquainted with new life in a village. The blog quickly grew and the pair even began making money from the ads.

Khorosheevo is a large village with almost no abandoned houses. The district center bus stop is 12 km away, with another 70 km to the nearest large city - Kursk. Every one or two weeks, the couple travel to the city for a change of scenery, to go see a movie and do other fun stuff.