What food do cosmonauts ask for first thing after landing? 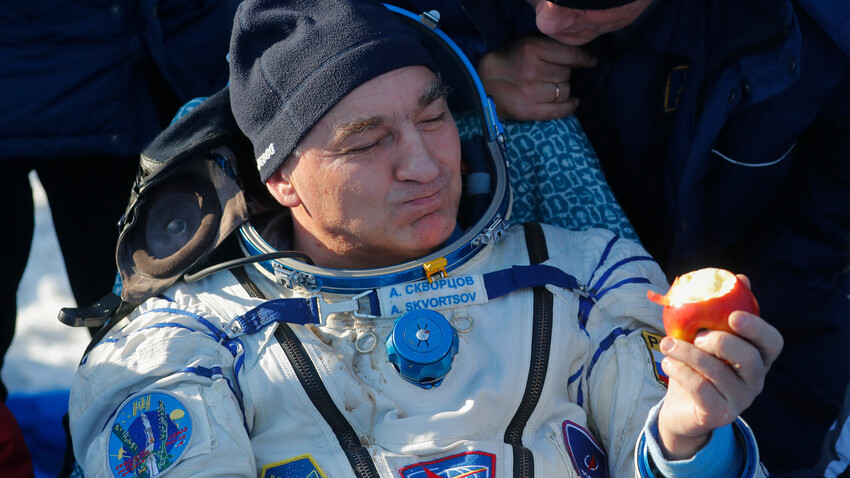 Sergei Ilnitsky / AFP PHOTO
For the first few days after landing, cosmonauts keep a strict diet, but there are certain things they ask to bring them right at the landing site.

After a couple of months, cosmonauts get sick and tired of freeze-dried food - the main one on the ISS - and, upon their return to Earth, they strive to eat something earthly as soon as possible. Yet, they have to stick to a strict diet for a few days: right after landing, they take medical tests, which are then taken into account in the run-up to the following flights. As a rule, upon landing, right after cosmonauts are helped out from a space capsule, doctors offer them only water with lemon juice.

However, sometimes, some concessions are made. Here is what once topped the wishlist of cosmonauts’ first food and drinks upon their return. 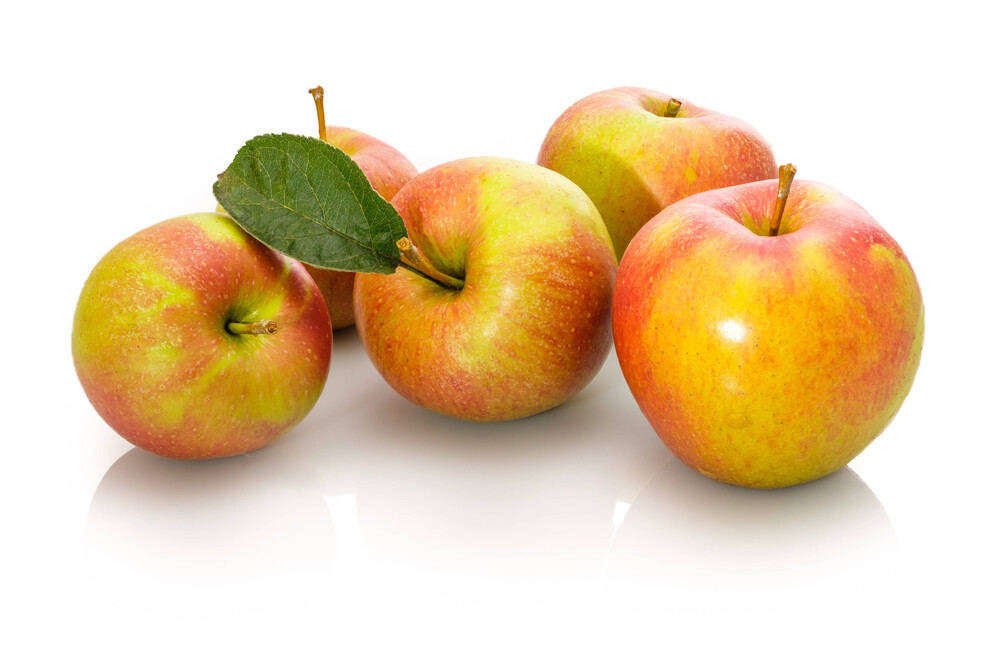 Fresh Kazakh apples have already become a tradition. Cosmonauts with an apple in their hands can often be seen in photos made shortly after their landing.

Cosmonaut  Talgat Musabaev was the first to ask for Almaty apples back in 1994, when he returned from the ‘Mir’ space station. Baikonur Cosmodrome, the launch site of all ‘Soyuz’ missions, is in Kazakhstan, with landings also conducted on Kazakh plains. 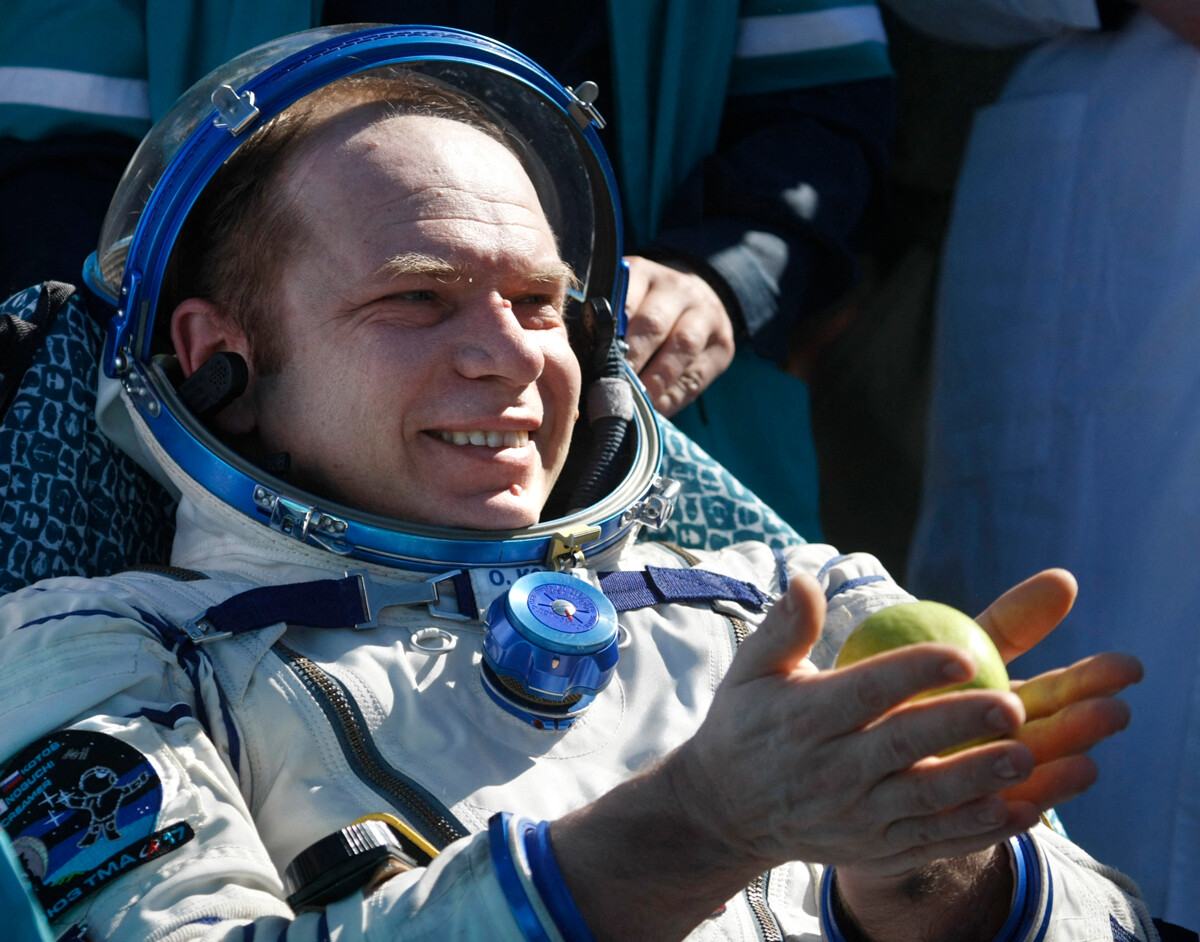 “For starters, I wanted to breathe in the air of a home steppe and then feel the smell of Almaty Oporto apples (a type of apple - ed.) after 126 days of breathing processed air. It was real happiness!” he recalled. The ritual has since taken on. 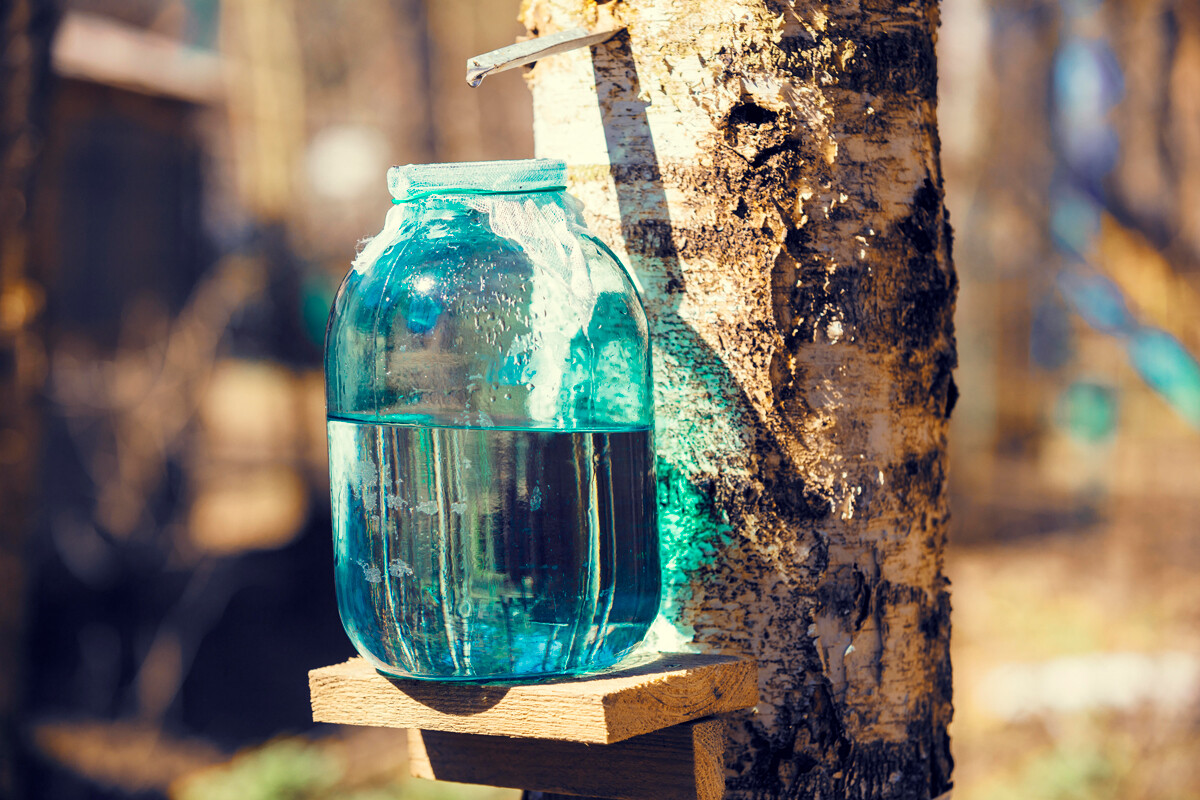 Birch sap from Altai was what cosmonaut Oleg Novitsky asked for when he returned from the ISS in 2021, together with the world’s first space “cinema crew” – actress Yulia Peresild and movie director Klim Shipenko.

On Novitsky’s request, military men tapped several liters of birch sap in Altai Territory and delivered the jar on an An-12 directly to Kazakhstan. 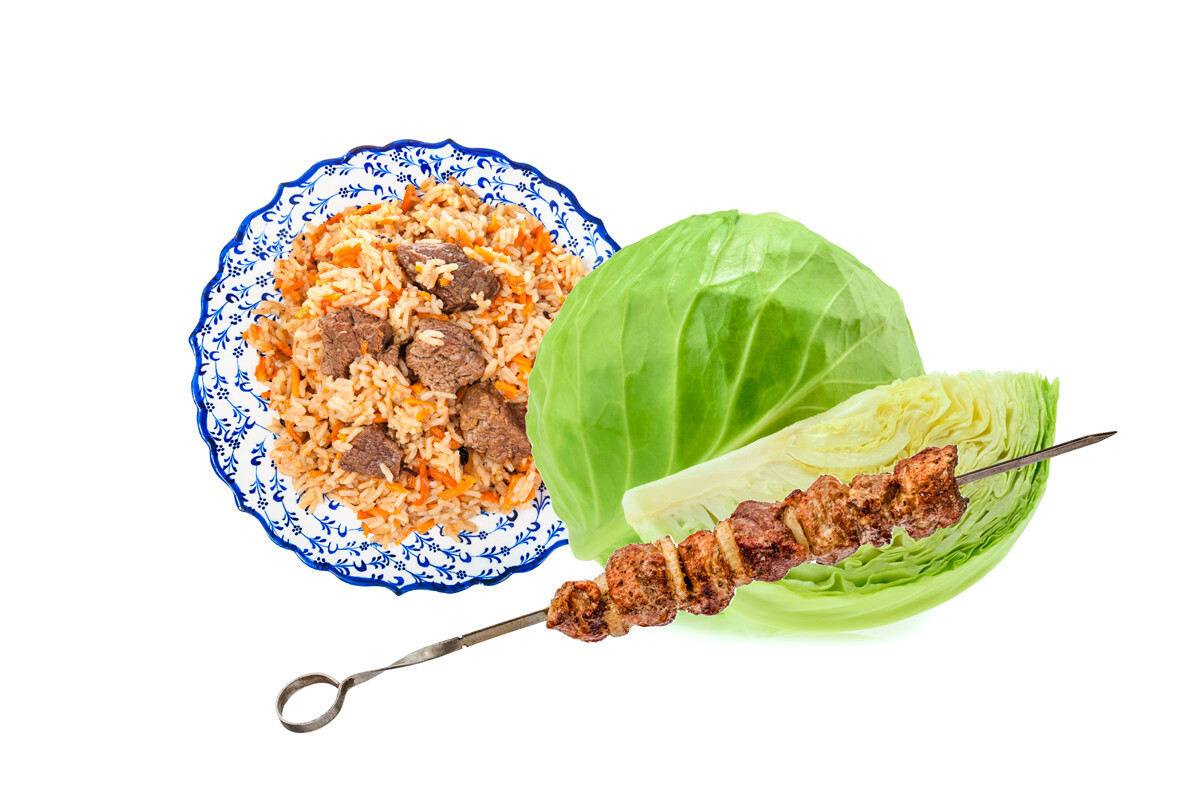 In 2022, the Russian members of the ‘Soyuz’ MS-21 crew asked to bring a very peculiar combination of foods to their landing site. “I requested a cabbage for all of us and wild mustard. These can be eaten straight away,” says cosmonaut Oleg Artemyev. 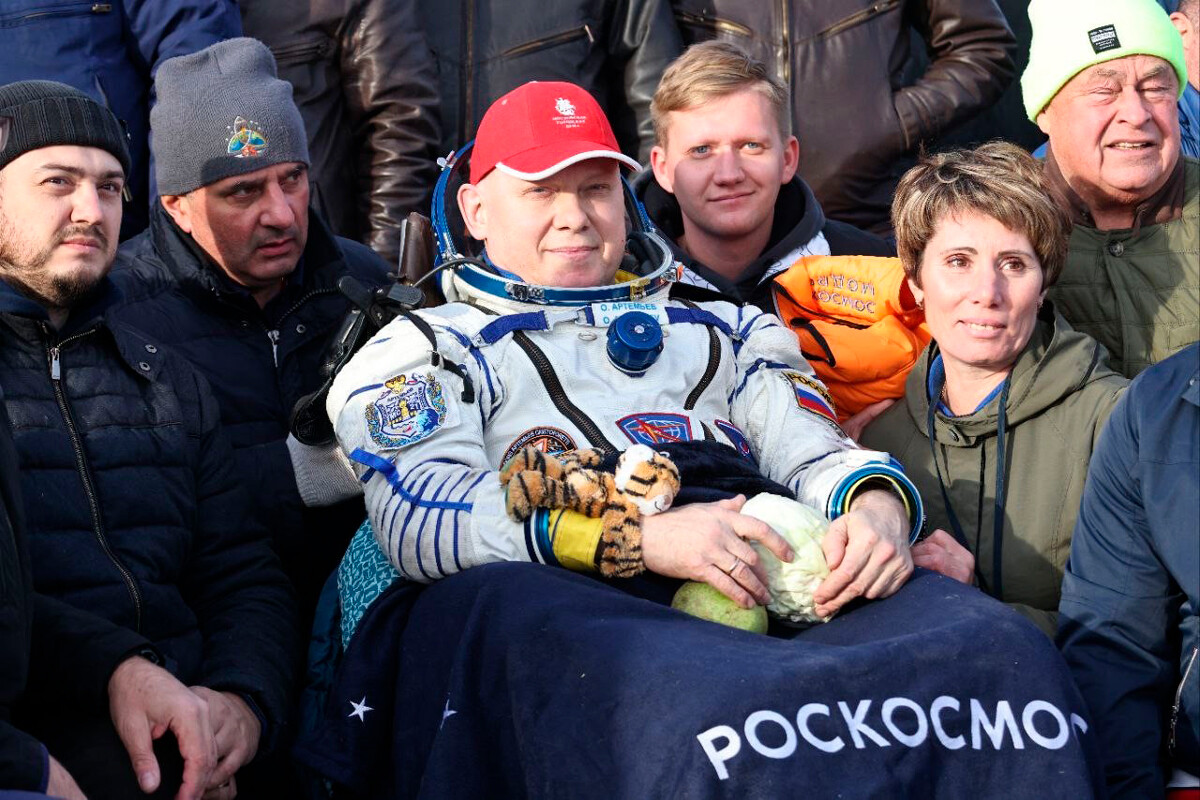 Apart from it, they also asked for shashlik (meat cooked on skewers) and pilaf (a rice dish), despite knowing, though, that the medics would hardly be okay with this. According to cosmonaut Ivan Wagner, they are usually even against apples, let alone roasted meat. “Cosmonauts usually want to hold something earthly in their hands, smell it. And even if handed an apple, it was by all means previously disinfected. Yet, a doctor will typically whisper to a cosmonaut: ‘I beg you, please, don’t eat it!’”

A cosmonauts’ immune system is weakened and fragile after flights. It is yet another reason why they must, at first, be so picky when it comes to food. 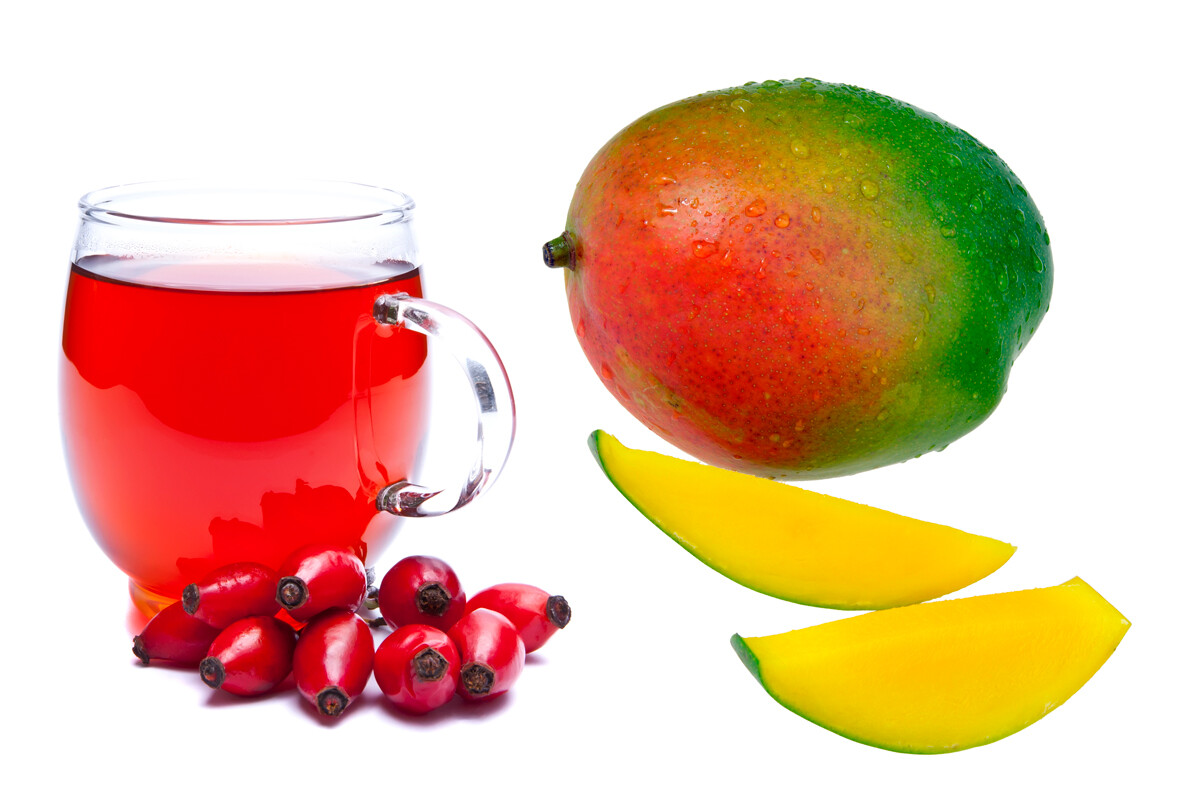 Cosmonaut Pyotr Dubrov, who set a record in the length of stay on the ISS among Russians (355 days), asked to make Ural rosehip tea for him and bring the beverage in a thermos. Meanwhile, Anton Shkaplerov, a member of the same crew, once ordered an exotic fruit. “I’d personally like a mango,” he said. 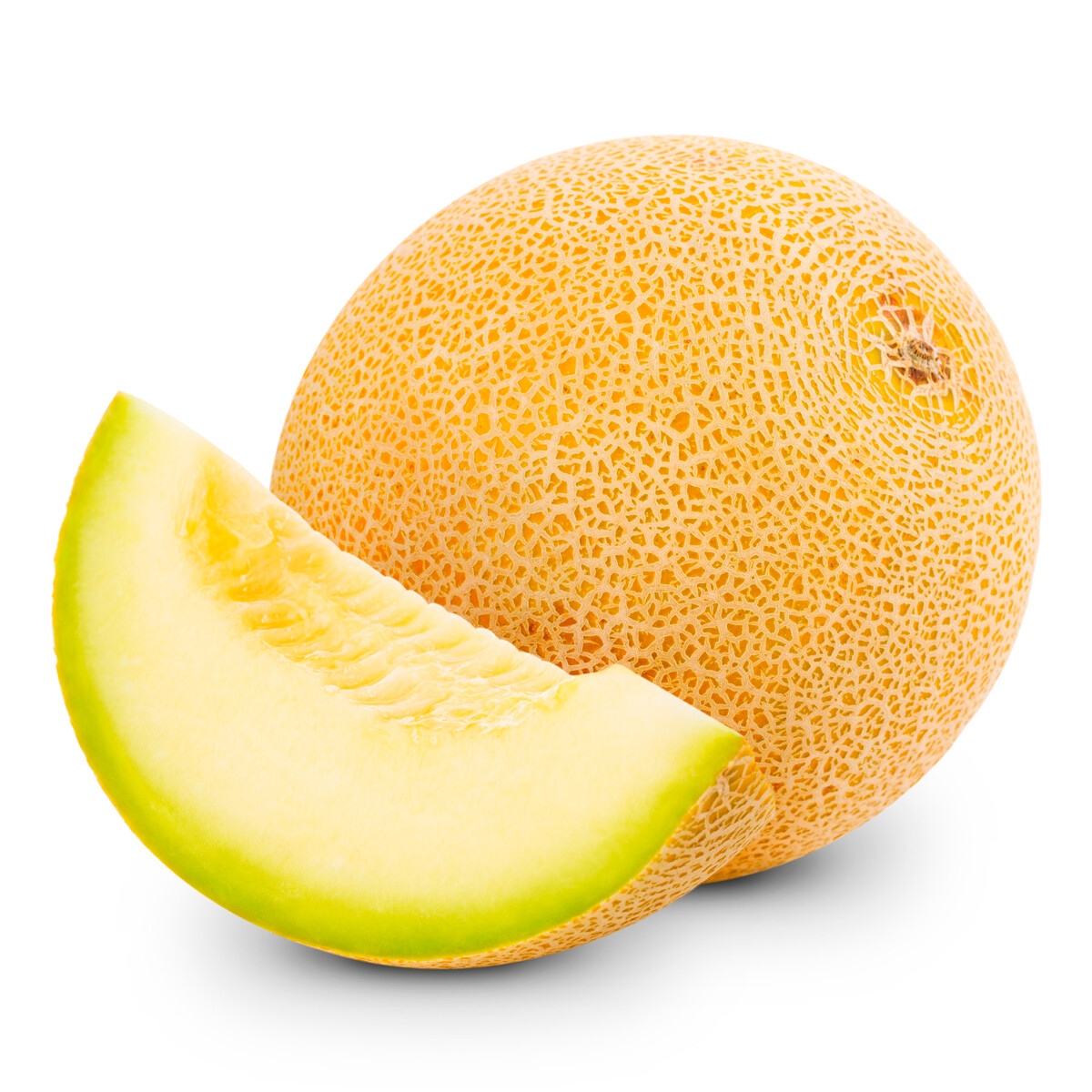 Another fruit that cosmonauts typically dream of is a juicy melon from the southern Urals. 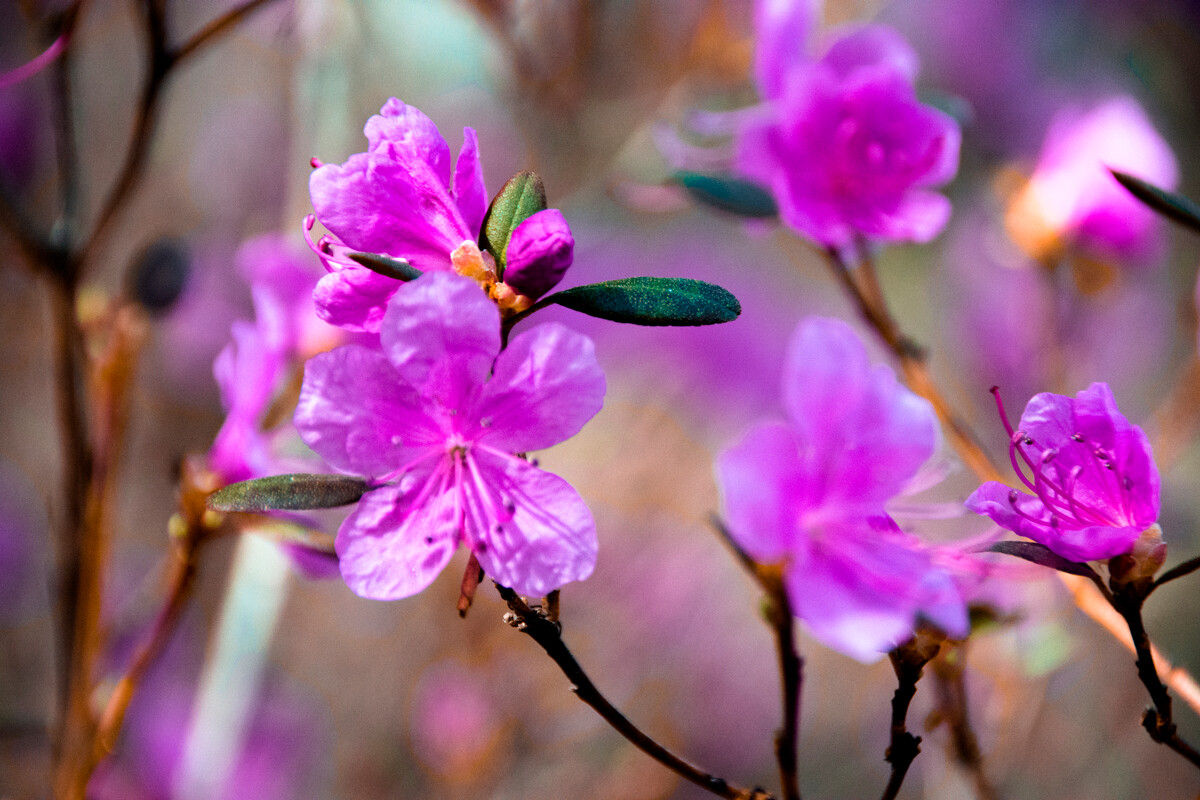 However, cosmonauts asked not solely for food. Even more so, since one is not really hungry right after an exhausting descent. Some rather crave for “earthly smells” at that point. One cosmonaut once asked to bring a branch of blooming ledum to the landing site (it is also known as wild rosemary) - a plant with a strong, intoxicating fragrance.