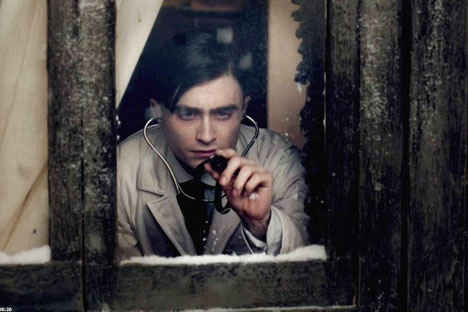 Like the protagonist of his short stories, the young Bulgakov worked as a doctor in a remote provincial village two hundred miles to the west of Moscow just before the Revolution of 1917. Source: kinopoisk

The British television series ‘A Young Doctor’s Notebook’ – based on stories by Mikhail Bulgakov and starring Daniel Radcliffe in the lead role – has been such a hit in the United Kingdom that the producers intend to release a sequel. The series will screen in the United States soon on the Ovation channel.

Following the incredible success of this Bulgakov-based serial (four 24-minute episodes), Sky Arts has commissioned a second series. The lead roles will be played by the same actors as in the first season – Harry Potter star Daniel Radcliffe and Jon Hamm. The second series is directed by Robert McKillop.

Like the protagonist of his short stories, the young Bulgakov worked as a doctor in a remote provincial village two hundred miles to the west of Moscow just before the Revolution of 1917. He pulled teeth, assisted at births and treated syphilis there. He also endured harsh loneliness, panic attacks and injected morphine. Incidentally, his short story ‘Morphine’ was the basis of the film of the same name Russian art house director Aleksei Balabanov in 2008.

“A Young Doctor’s Notebook” is one of Bulgakov’s earliest and lesser-known works. He’s better known for his bestsellers “The Master and Margarita,” “The Heart of a Dog” and “The Fatal Eggs,” all of which display Bulgakov’s trademark synthesis of reality and the fantastical.

Bulgakov called himself a mystical writer. This became the root of his conflicts with Soviet ideology, which could only comprehend the world in strict physical terms. For years, Bulgakov went unpublished, and his plays were staged only with great difficulty. It all drove the author to despair, as he wrote to his fellow Russian author and playwright Maxim Gorky.

“They’ve hounded my plays off the stage... not a jot of my poetry’s in print anywhere... I’ve got no current work on the go, and not a brass kopek in royalties. There’s not an organization or individual who’ll reply to my letters. You know what it means? That all the work I’ve produced for the last ten years has just been flushed away. The only thing left to get rid of now is my own self.” 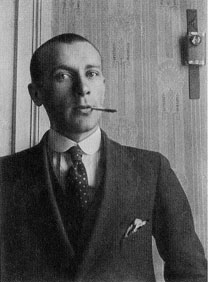 Bulgakov’s books reached mass audiences only in the 1960s, long after his death – but they brought him lasting fame. He became the kind of cult author whose fans navigated Moscow from the pages of his books, or had conversations with each other in quotations from his works. All of this works have come out in English translations with great success, despite their reliance on knowledge of the grim realities of life in 1920’s USSR, such as in “The Master and Margarita.”

Some of this grim humor even slips past modern Russian readers. But it seems that the all-embracing human urge was more powerful; there’s something in his books that touches both the western and the Russian reader, that’s undiminished by the test of time.

Sympathy for the Devil

Many in the west took him for some kind of ‘Satanist’ along the lines of Aleister Crowley, and one can argue that Mick Jagger penned the Rolling Stones’ hit “Sympathy for the Devil” under the influence of Bulgakov’s work. During the Swinging Sixties in London, “The Master and Margarita” was a widely read book.

There have been many screen adaptations of Bulgakov’s works. A German-Yugoslav film version of “The Master and Margarita” was produced in the 1970s. British film director Paul Bryers produced his own version of the book in 1991. Russian screen versions of “The Master and Margarita” appeared throughout the 1990s and 2000s. But it is adaptations of different Bulgakov stories shot during the Soviet era that are considered true successes, such as “Flight” (USSR, 1970), Ivan Vasilievich: Back to the Future (USSR, 1973) and “The Heart of a Dog” (USSR, 1988).

A Russian screen version of “A Young Doctor’s Notebook” was filmed in 1991, although it received little attention at the time, making the success of the new British series all the more intriguing.