Culture
Yan Shenkman
"…With all my strength, I am praying for people on both sides." This line by poet Maximilian Voloshin (1877-1932) has been on the mind of many people in recent weeks, as Ukraine wrestles with an era of deep unrest and confrontation over its future. 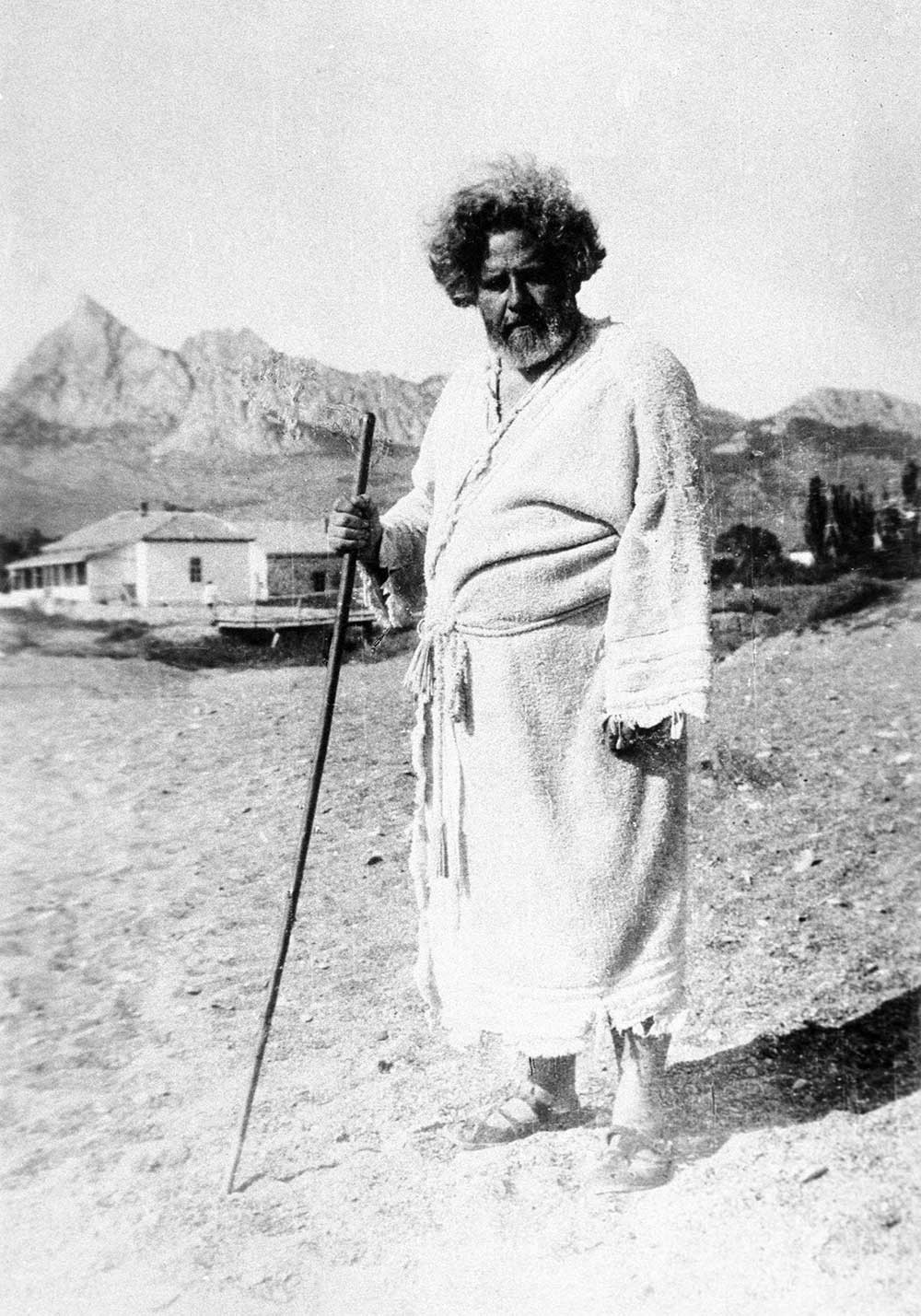 Right after the 1917 Revolution, Voloshin settled in Koktebel, a small place in Crimea

One day during the Russian Civil War (1918-1921), Bolsheviks gathered at a dacha somewhere in Crimea. forces discovered the underground meeting but the Bolsheviks fled to the mountains first. One of them showed up at the house of poet Maximilian Voloshin, asking for shelter. Voloshin hid him in the attic. When counterintelligence officers inevitably searched his house, Voloshin treated them to fine wine and dramatic tales of medieval knights. But he did not let them go to the attic. After they left, he let the Bolshevik out. As he departed, Voloshin told the man: "Mind you, when you come to power, I'll do the same to hide your enemies."

During these brutal days of civil war, Voloshin offered shelter in his house in Crimea to the "Red” Bolsheviks and members of the “White” Guard. He was at times nearly alone in his effort to unite people as he stood against the waves of hatred coming from both sides.

In his youth, he refused to serve in the army and even sent a personal letter to the defense minister, explaining that military service was against his convictions as a pacifist. His pacifism was closely linked to his belief in Rudolf Steiner’s Anthroposophy, and Voloshin was involved in a new intellectualized kind of spiritualism. He also took part in building an anthroposophical center in Switzerland, a symbol of brotherly relations between different nations and religions.

Right after the 1917 Revolution, Voloshin settled in Koktebel, a small place in Crimea, a breathtakingly beautiful spot on the southern coast of the peninsula. "I am not trying to escape from anyone, am not emigrating anywhere," he said. "Not being on either of the conflicting sides, my life is solely about Russia and what is happening here… I need to be in Russia to the very end."

He loved to come up with ideas for projects, and frequently staged arts events. Voloshin was very much in the spirit of his time: a poet should not only write verses but have a striking, charismatic personality, a kind of prophet and visionary. "He was like a big chunk of culture, and he was spreading it all around him," said Bunimovich, a poet.

During the Civil war, power in Crimea kept changing hands between the reds and the whites. Voloshin was also unique in that he accepted everyone. His house was a shelter, as he himself put it, both to "a red leader and a white officer." "The Red leader" was the prominent Hungarian Communist Bela Kun, who committed numerous atrocities in Crimea, killing people in the thousands. But it was Bela Kun who provided Voloshin with a writ of protection, and for a the authorities left the poet alone. 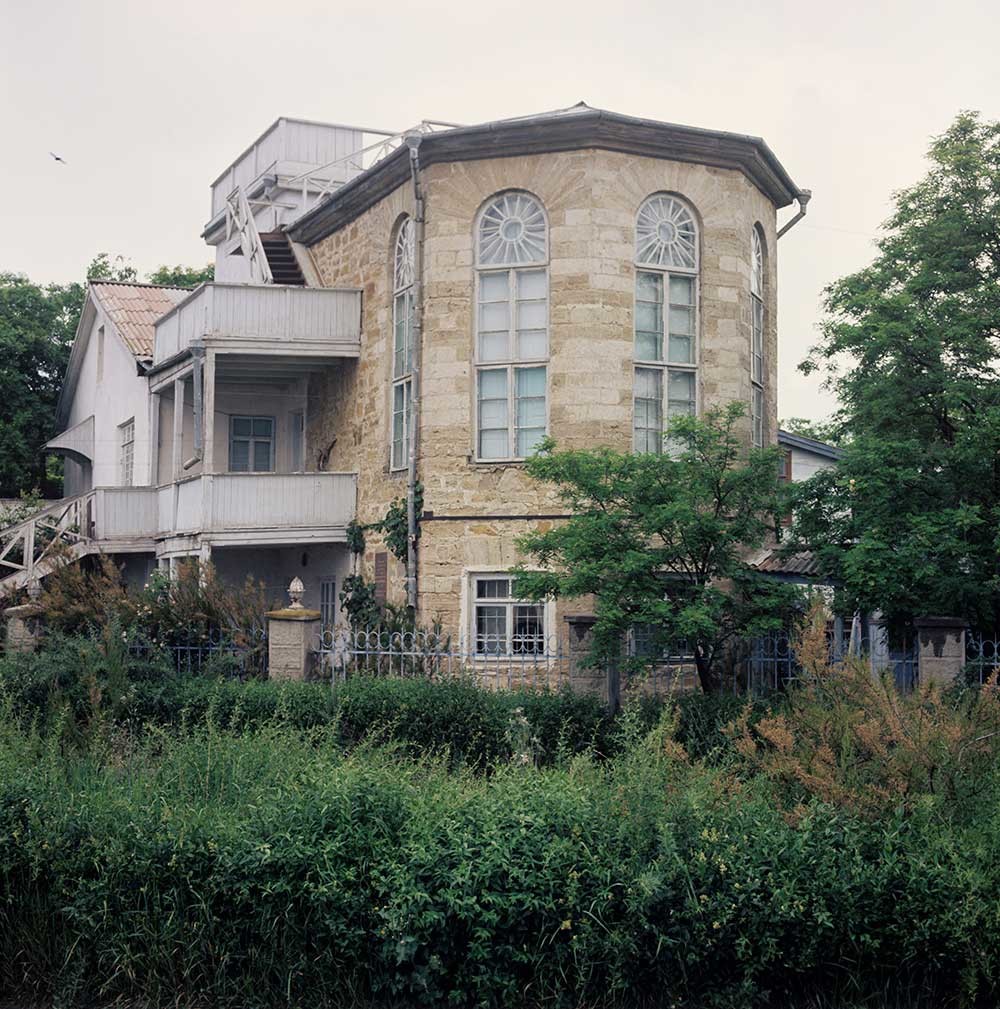 "Voloshin's life in Koktebel may appear like escapism, but it wasn’t,” poet and translator Grigory Kruzhkov said. “He had a clear civil position. In 1920, he came to Moscow, recited his poems about the terror and delivered a profoundly prophetic lecture called 'Russia crucified.' He was speaking of things that people only fully understood 70 years later. He could have easily done nothing and not interfered. He could have been arrested, and he walked around, talking to people, explaining to them what was going on. Explaining what was going on amounts to a very strong civil position."

He detested the slogan: "Whoever is not with us is against us". In 1919, he wrote: "Some are going to liberate / Moscow and to once again put Russia in chains; / Others, having unleashed the elements, / Want to create the world anew… / While I am standing between them, alone / In ranging fire and smoke / And with all my strength / I am praying for people on both sides." Needless to say, poetry like this could not be printed in Soviet publications. After the revolution, Voloshin was not published at all. He was far too alien to Soviet reality.

In recent years, a poetry festival has been launched in Koktebel in Voloshin's memory. Every year in early fall, dozens of poets from different parts of the world come here: from New York, Istanbul, Israel, Moscow, St Petersburg, Kazan, Riga, Kiev… In the courtyard of Voloshin's house, which has now been turned into a museum, people bask in the sun, reading poetry and drinking fine Crimean cognac while a bronze monument to the man, standing with his back to the sea, watches them from the embankment.