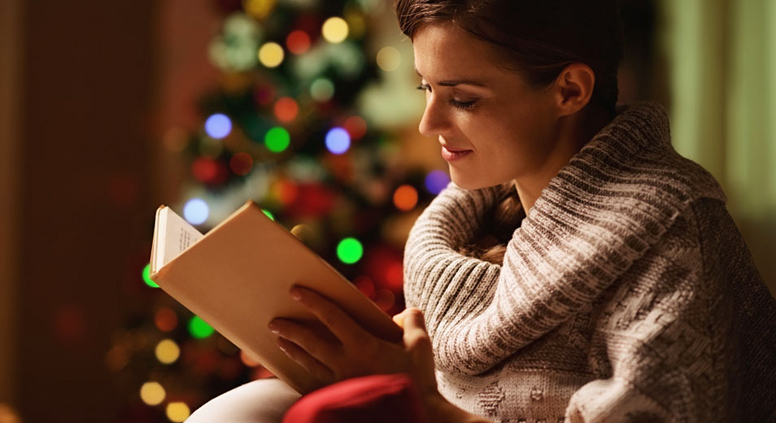 There is an idiom in Russian, that the best present is a book. Source: Alamy / Legion Media

Book reviews: Great Russian reads sparkling with wit, humor and drama that should be on your Christmas gift list.

Hailed by AN Wilson in The Spectator as a “truly great translation” that captures the novel’s “knife-edge between sentimentality and farce”, Ready’s new translation of Crime and Punishment is thoughtful and elegant. Dostoevsky’s moody, murderous, handsome, penniless ex-student Raskolnikov has become a byword in many languages for an immoral protagonist feverishly obsessed by his own crimes. Ready shows us once again why this novel is one of the most intriguing psychological studies ever written.

His translation also manages to revive the disturbing humor of the original, just as Harry Lloyd’s recent stage version of Notes from Underground did. There is a poignant comedy in the tavern speeches of Marmeladov (father to Sonya, the good-hearted prostitute) as he drunkenly tells Raskolnikov “the story of my life”.

There have been at least 11 English translations since St. Petersburg-born historical novelist Fred Whishaw’s version in the late 19th century. In some places, Ready’s version echoes Pevear and Volokhonsky’s prize-winning Nineties version, but he often renders Dostoevsky’s text more lucidly while retaining its deliberately uncomfortable feel.

In the epilogue, Constance Garnett’s 1914 translation had the sentence: “There had been little difficulty about his trial;” Pevear and Volokhonsky wrote: “The court proceedings in his case went without great difficulties;” while Ready has simply: “The trial went smoothly enough.” There are thousands of similar examples. Ready’s colloquial, economical use of language gives the text a new power.

Ready told RBTH he was inspired to become a published translator in Moscow, soon after he graduated, when the then editor of Moscow News, Sergei Roy, encouraged him to translate a short story every week for the newspaper, and “then showed me how to improve it”. A year later, working in Poland, Mike Mitchell (formerly of Dedalus Books) “asked me to translate Yuri Buida's stunningly atmospheric novella, The Zero Train”. Since then, Ready has become a central figure in the anglophone exploration of Russian literature. Why should Brits read Crime and Punishment? “Because Dostoevsky is interesting for any audience,” he says.

Bulgakov’s final, unfinished, theatrical satire is another book that exists in multiple translations, although it hasn’t yet reached Dostoevsky’s power to spawn proliferating English versions. Michael Glenny, who translated The Master and Margarita in the Sixties, first had a go at rendering this novella in English; Andrew Bromfield translated it for Penguin Classics as A Dead Man’s Memoir in 2007 and now Roger Cockrell has produced a new version for Alma Classics. Each translation has its virtues but Cockrell’s light touch often lifts the text on to a playful plane. “It’s just an attack of nerves,” the narrator tells his cat after a bad dream (Glenny called the same episode “the onset of neurosis”).

After failing to commit suicide, Sergei Maxudov, a “lowly proofreader on the Shipping Gazette”, is asked to adapt his novel Black Snow for the stage. Maxudov’s Kafkaesque journey through the theatrical world is full of surreal details. The business manager’s office has “a hellish red light emanating from beneath a rosewood desk on which stood three telephones”.

The narrator’s experiences are based on Bulgakov’s own, as he turned his novel The White Guards into a play. Black Snow presents “a slightly unsettling alternative reality that characteristically intermingles fact and fiction”, writes Cockrell in his introduction. The founders of the Moscow Arts Theatre, and Nemirovich-Danchenko, appear as caricatures and there are dozens of memorable cameos, whose real-life counterparts are listed with the conscientious notes in this useful edition.

The head of Russian at Exeter University for many years, retirement has enabled Cockrell to devote more time to literary translation. He has completed five books by Bulgakov for Alma Classics, including The White Guard, which gives an “apposite historical perspective to current events in Ukraine”. Cockrell is currently working on four late Tolstoy stories, due to be published in April 2015, and has also produced an English-Russian Dictionary of Cultural Terms. Readers familiar with The Master and will be surprised by “the extraordinary range of Bulgakov's talent” and “appreciate the wit and irony to be found on practically every page of Black Snow”, he adds.

Robert Chandler brought Vasily Grossman’s work to western audiences with his version of Life and Fate. His recent translation, written with his wife Elizabeth, of Grossman’s Armenian Sketchbook is out in paperback and presents the Soviet author in a new light. This travelogue, written in 1962 after two months in Armenia, is in sharp contrast to his epic novel about war and totalitarianism.

“The Armenians are an ancient nation, with thousands of years of culture and history,” writes Grossman, giving us glimpses of the “crazed hearts of women who passed away long ago,” or the “wild passion of soldiers intoxicated by victory”. Chandler’s painstaking translation reflects Grossman’s observational details and philosophical depth. From his train-window glimpse of stony fields to his impressions of a village wedding, Grossman’s memoir celebrates “kindness, purity, and sadness”.

This book is “unlike anything else Grossman wrote,” says Chandler in the introduction. “It is deeply personal and has an air of spontaneity.” The translation captures this conversational style. Arriving disorientated in Yerevan, Grossman writes powerfully about the “first minutes on the streets of an unfamiliar city”, the smells and faces, “the color of the sky”. In these minutes the visitor, “like an omnipotent God”, mentally creates the city.

Grossman says: “When a man dies, there dies with him a unique, unrepeatable world.” The idea is especially poignant in hindsight: Grossman had cancer when he made his and died two years later.

One of Britain’s most celebrated translators, Chandler told RBTH: “Perhaps the greatest joy in translating is that it is the most intense form of reading, the way of engaging most deeply with a work of literature.” Chandler says Grossman “wrote better and better throughout his life”. An Armenian Sketchbook gets close to the near-perfection that he achieved just before his death. One of Chandler’s most important recent projects has been editing The Penguin Book of Russian Poetry, which is due to be published in February 2015. “I now see the poetry of 20th-century Russia as a golden age for poetry,” he says.

Another ideal stocking-filler is Anne Marie Jackson’s elegant new translation of the entertaining storyteller, Teffi. Born Nadezhda Lokhvitskaya in 1872, Teffi was a literary star in turn-of-the-century Russia, with fans ranging from Tsar Nicholas II to Vladimir Lenin. The pocket-sized volume Subtly Worded is arranged chronologically, from Teffi’s early days in pre-revolutionary St Petersburg to her life and death in Paris.

The title story satirizes letters to Parisian émigrés from friends in Soviet Russia, describing people who “died from appetite” or led “a secluded life”. Correspondence is reduced to a nonsensical code,
conveying the horror of a world turned upside down. In another story, My First Tolstoy, a woman recalls her teenage infatuation with Prince Andrei Bolkonsky, a character in War and Peace. “My heart ached. I couldn’t do my homework,” she says. She even visits Tolstoy (“shorter than I’d expected”) to ask him to change the plot of his novel.

Teffi’s “last stories” are intensely moving. The Blind One opens with a woman sitting, bored and wealthy, on a grey seashore. “It was clear”, Teffi writes, “that she was mentally composing unpleasant comments.” When the man she has been waiting for turns up late and puts a daisy in his buttonhole, she loses her temper. As she weeps at her own self-destruction, the voices of the blind girls singing nearby float “into the bitter fog”. Teffi’s compassion is reminiscent of Chekhov’s and there are echoes in this story of Sonya’s “We shall hear angels,” speech at the end of Uncle Vanya.

Jackson worked with a team of translators including Robert Chandler on the book. She told RBTH her interest in literary translation was kindled when she attended a 2011 summer school in London, with Chandler leading Russian workshops. “Literary translation brings together my greatest loves: the Russian language, literature and writing,” she says, adding: “bringing new writers to English-language readers has been an ongoing thrill.” Teffi is an astounding writer, she says: “Immensely humane. Extraordinarily observant. Extremely precise… Reading her work reminds me what it means to be human.”

A great little hardback from the innovative FUEL publishing house (which brought us the Russian Criminal Tattoo Encyclopaedia), this is dedicated to the stray dogs of Moscow who were trained and sent into space. Laika’s pioneering space flight in 1957 brought her global fame and an untimely death, while Belka and Strelka were the first to come back alive. Celebratory international and Soviet artifacts, stamps, sweet wrappers and matchboxes, children’s books and cartoons, illustrate this account of the canine voyages.

The FUEL team started collecting space dog images three years ago and commissioned Olesya Turkina, senior researcher at the Russian Museum and member of The Russian Federation of Cosmonautics, to write the story. Turkina describes the dogs as “simultaneously real and fantastical beings”, characters in “a new kind of fairy tale”. They became part of the collective memory of a promised Soviet utopia. “It is not the fault of the space dogs that such hopes were never fulfilled,” she says.

Turkina devotes a chapter to the “unknown heroes” of experimental flights in the Fifties, before analyzing how Laika’s “valiant little face with its pointy ears” became the first iconic image of space exploration. Belka and Strelka, whose story had a less tragic ending, are the first “space pop stars”, she writes. There are some touching images, such as scientists chewing bits of sausage to feed to the , toothless dogs. Finally, she uses Milton’s Paradise Lost to explore the “final stage of the space odyssey”.

The book’s co-editor, Murray recalled that the FUEL team first visited Russia in February 1992, prompting a long-standing obsession with Soviet culture, from street signs to gulag drawings. “With our Russian books we’ve been continually trying to recapture, and make sense of, the exciting alien landscape we experienced at that time. With every visit to the country we’ve returned with new stories that have intrigued us and that we knew would do the same for a wider audience.” British people are interested in Soviet Space Dogs, he says, “because we are such a dog-loving nation in general… Britain has always been at the forefront of animal rights.”