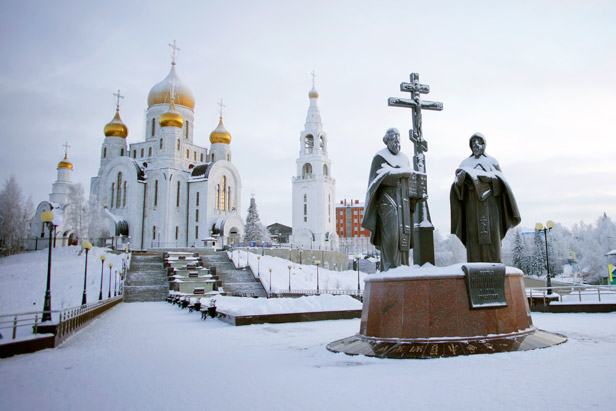 Khanty-Mansiysk is an oil boom town in Western Siberia, which was founded in 1930.

Today Khanty-Mansiysk is a flourishing town, which in recent years has received considerable foreign investment. Its population is steadily growing from 35,000 in 1989 to 80,000 in 2010.

The airline UTair Aviation has its head office in Khanty-Mansiysk. The city is also home to HC Yugra of the Kontinental Hockey League. Moreover, it is a skiing and alpine skiing center of global importance.

In 2007, the English architect Norman Foster signed an agreement to build a 280-meter (920 ft) high skyscraper in an attractive part of the town. Besides this, the Dutch architect Erick van Egeraat is planning to build a business complex in the town center.