Laika, the space rover: The dog who inspired the world 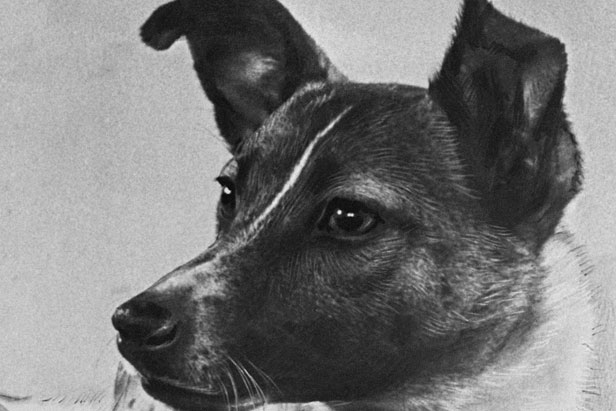 TASS
The dog Laika was the first animal to enter the earth orbit. Her unlucky fate inspired artists around the world.

On the 3rd of November 1957 the Soviet Union launched a space capsule with the dog Laika on board. She was the first animal to enter orbit around the earth. The experiment proved that a living being was able to survive a space launch and zero gravity, which opened the door to manned space flights.

Laika herself, though, died on board 5-7 hours after the launch due to overheating. Her death caused global outrage. The Kremlin was accused of animal cruelty. Laika's fate inspired artists, film-makers and musicians around the world. Many of their works suggested a happy end instead.

Move the cursor over ( or tap) the picture, click (or tap) pins to explore the works.