In search of Buran: What happened to the Soviet space shuttle? 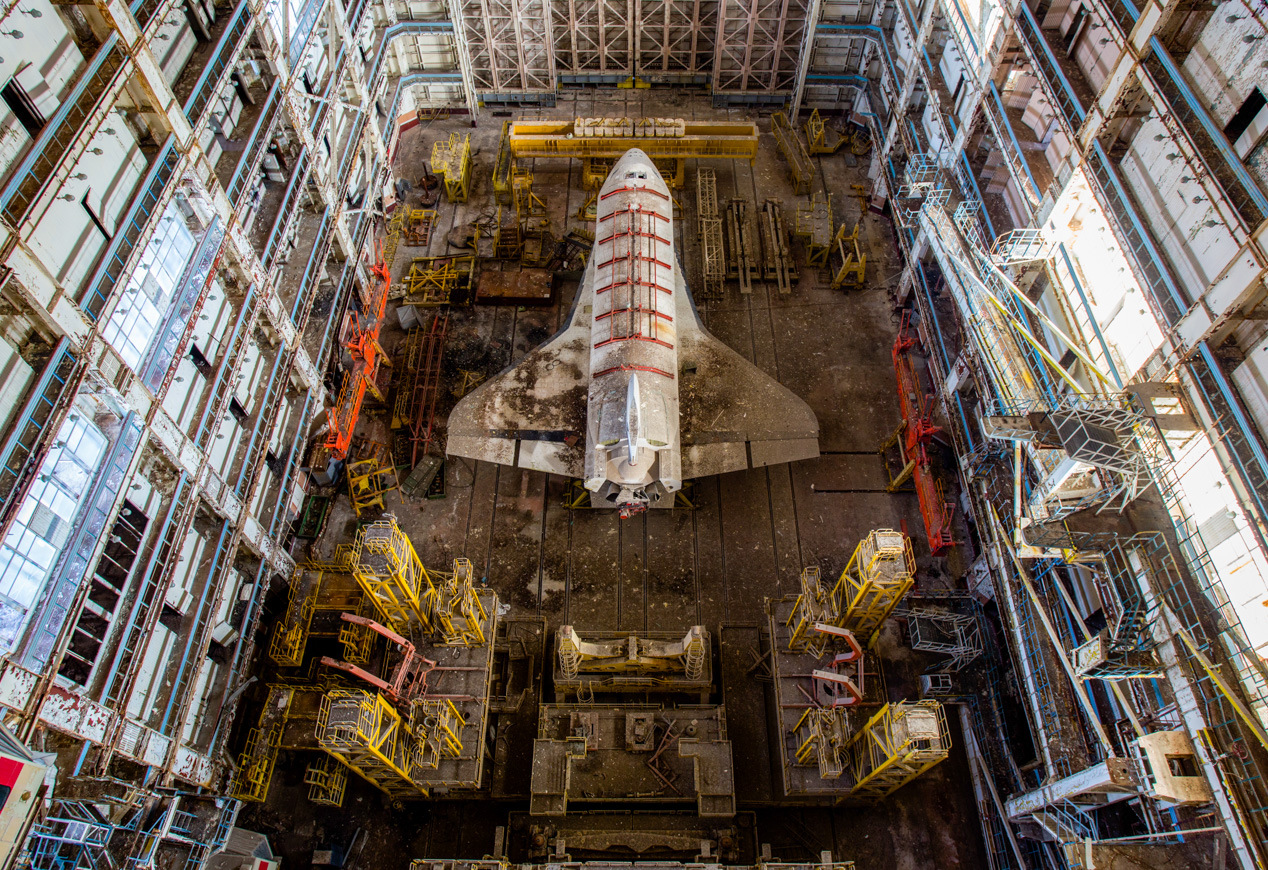 They used the same route as the biker, walking for two nights. “I had six liters of water, some food, a jacket, and a sleeping bag… that’s all. We found a destroyed intercontinental ballistic missile launch facility. There is a huge hole in the ground,” Raskalov adds. “Since the Buran program was interrupted, we thought that the authorities would have filled up the hole with concrete. But they didn’t since it is very expensive. So they just blew up the entire area! This happened after Russia signed a nuclear arms reduction treaty [START-І].”

Vitaly Raskalov
Celebrity roofer Vitaliy Raskalov goes on a wild adventure with his Ukrainian and British friends to the Baikonur Cosmodrome. Their aim is to successfully take pictures of a Soviet space shuttle, while evading the security personnel. Follow them on this unusual journey. 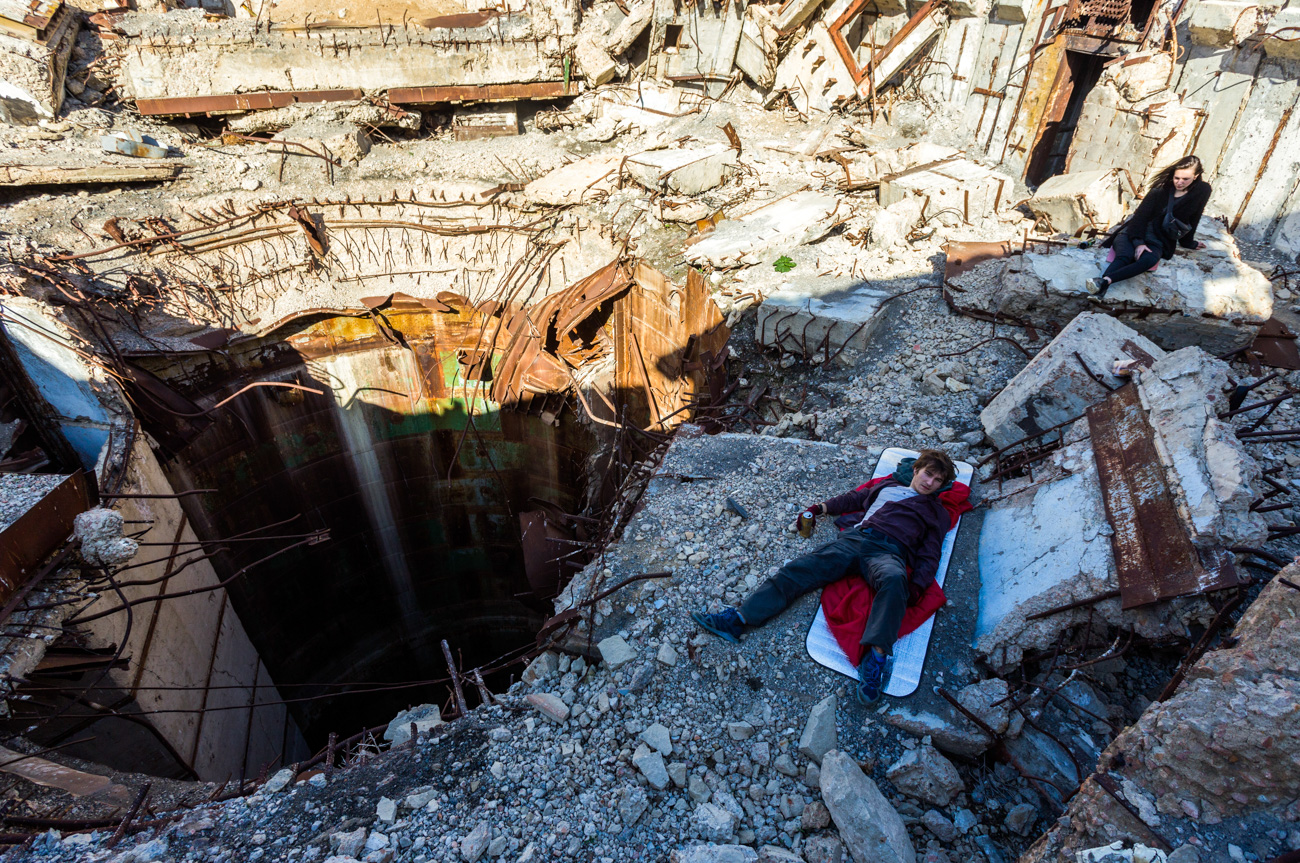 The first thing that comes to mind when one thinks of the first Soviet space shuttle project, named Buran (blizzard in Russian), is how ambitious the USSR was when it came to space exploration. Buran was the Russian answer to NASA’s space shuttle. On Nov. 15, 1988, after circling the globe twice (unmanned), the reusable spacecraft landed in Baikonur, Kazakhstan. A lot was expected of the spacecraft, but it never flew again. The largest and the most expensive Soviet space exploration project, the Buran program was canceled in 1993. 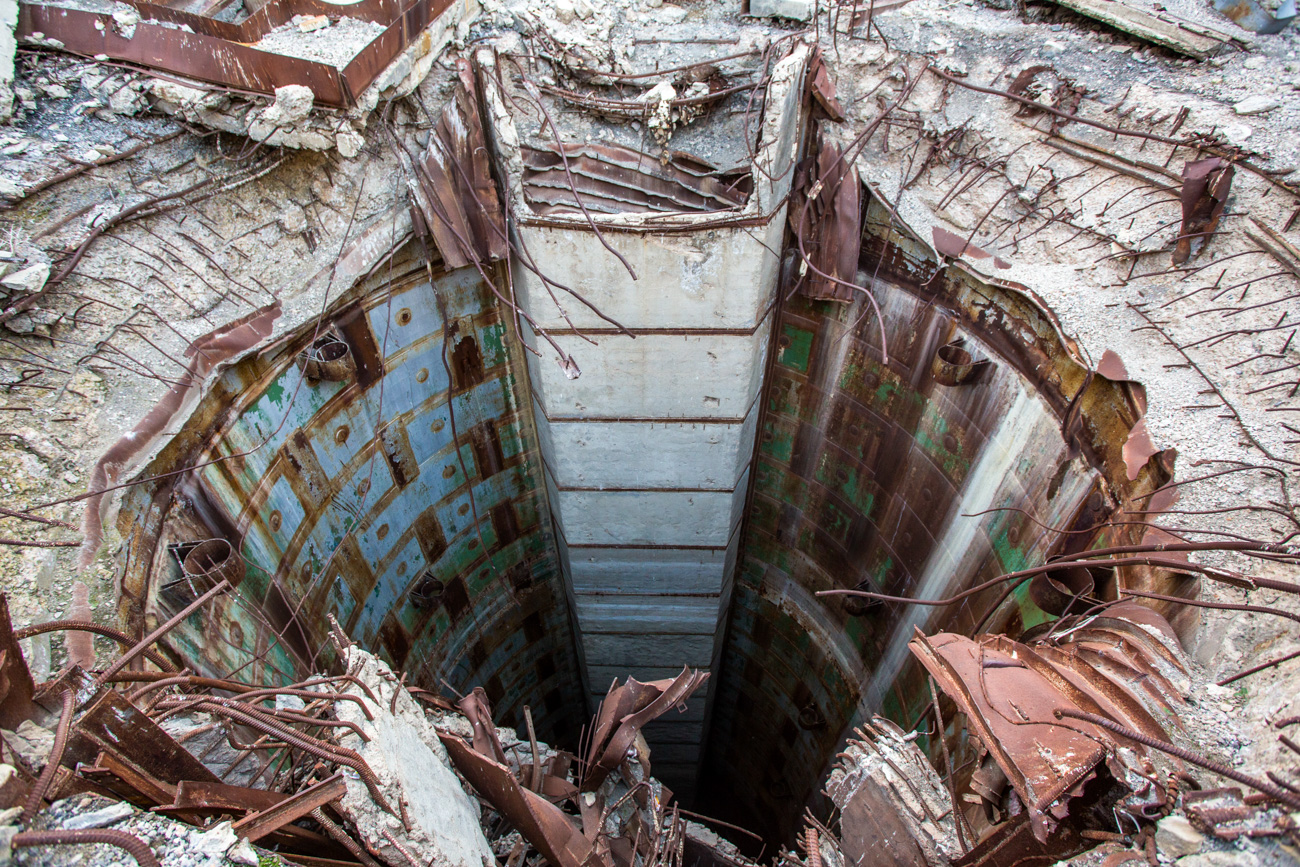 Military analysts told the New Scientist magazine that Buran had no civilian tasks and was essentially meant for deployment of weapons in space. They argued that the USSR might have even looked at deploying nuclear weapons. 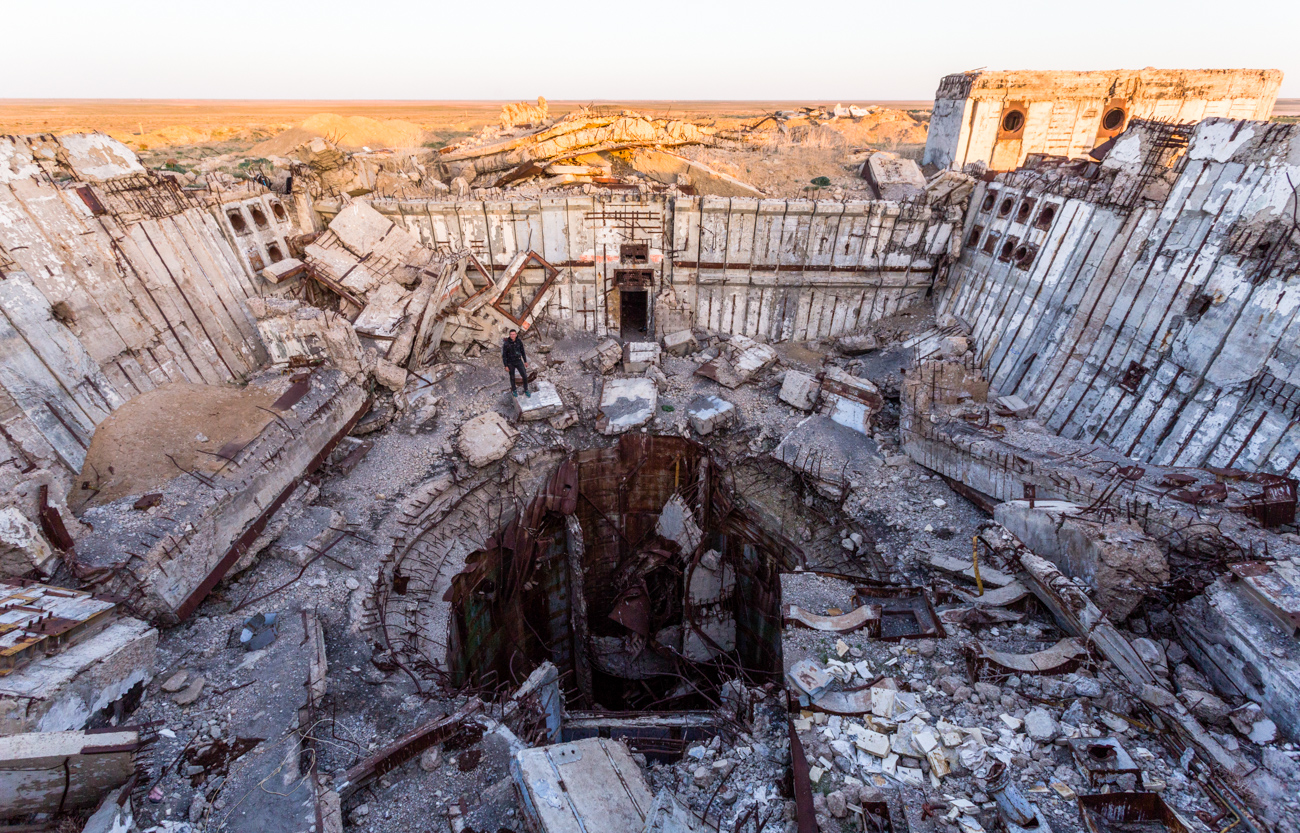 “I remember how big it was… It was much bigger than it appeared in pictures. They had big plans that were cool,” says roofer and photographer Vitaliy Raskalov, who visited the Baikonur Cosmodrome in mid-May 2017. He is one of the few people who managed to do so without permission. Members of the public are not allowed to visit the cosmodrome to stare at the historic space shuttle. The town of Baikonur has retained its Soviet-era status as a closed city. “Actually you can buy a train ticket from Moscow, but only if you have a pass. But we didn't have one,” says Raskalov. 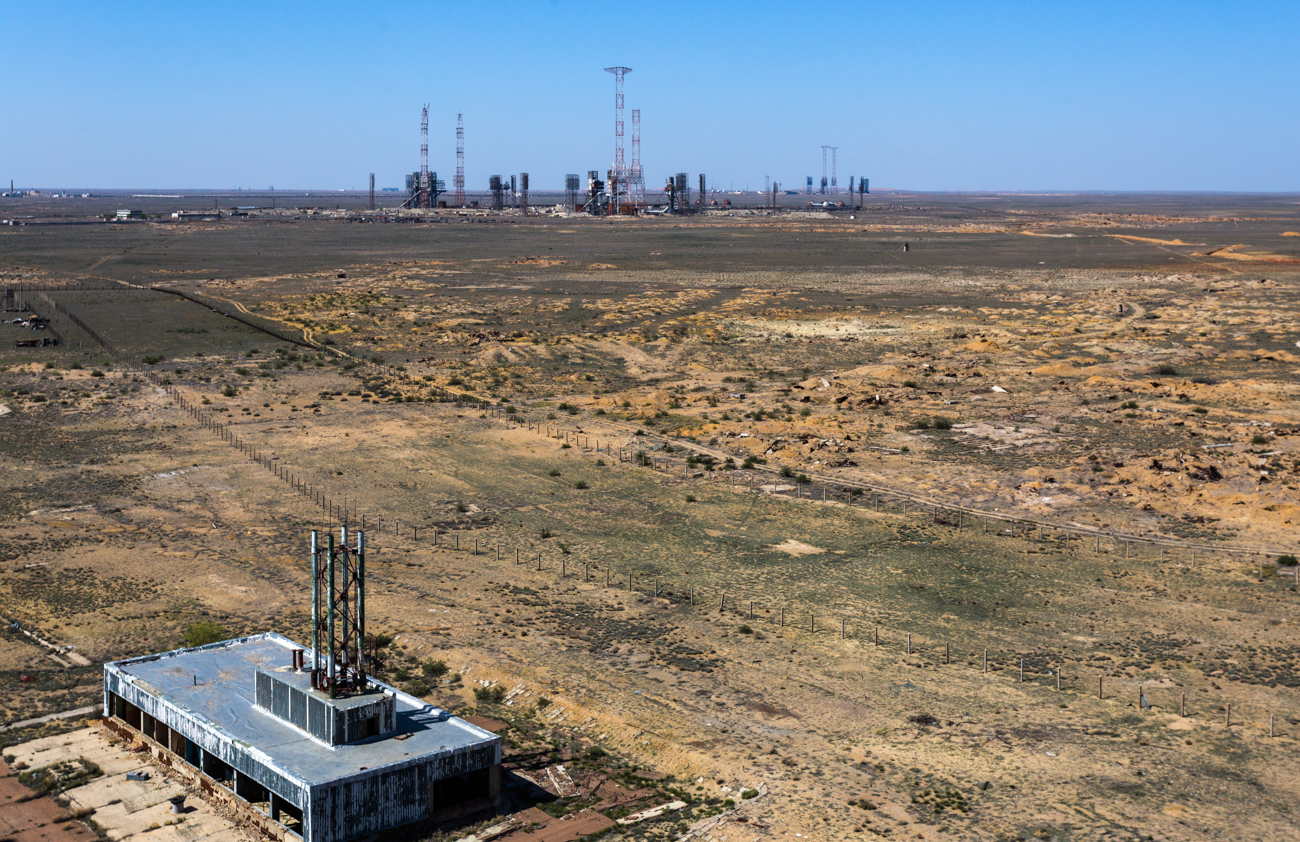 The Russian roofer, along with four Britons and two Ukrainians, chose an alternate route. “We found information on the internet,” Raskalov adds. “From people who worked there and tourists like us. There was a biker, who accidentally drove to the cosmodrome. He was caught, but nothing happened to him. Because… what can the police do?” 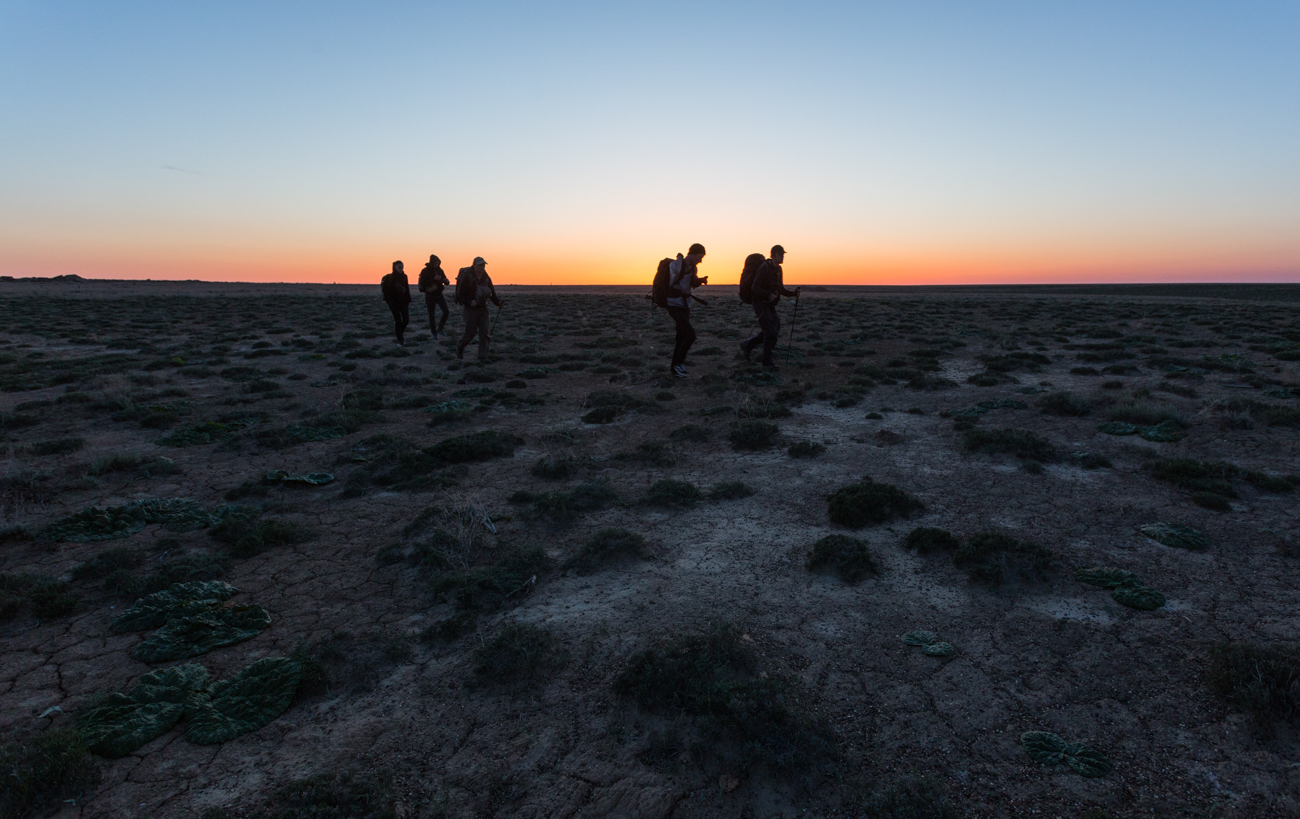 The group flew to Almaty, took a train to Kyzylorda, and covered the final part of the journey by taxi. “Nothing special! This is Kazakhstan… people travel between towns on taxis. We just told the taxi driver that we were photographers and wanted to take pictures of stars,” Raskalov says. “He left us in the middle of the steppe. We were alone.” He stressed, though, that the territory of the cosmodrome zone is heavily guarded. “Of course Baikonur is protected. But we didn’t know where exactly the security officials were stationed. You cannot imagine how big this territory is. It’s like the area inside Moscow’s Third Ring Road. How can this area be totally protected? It’s quite difficult.” 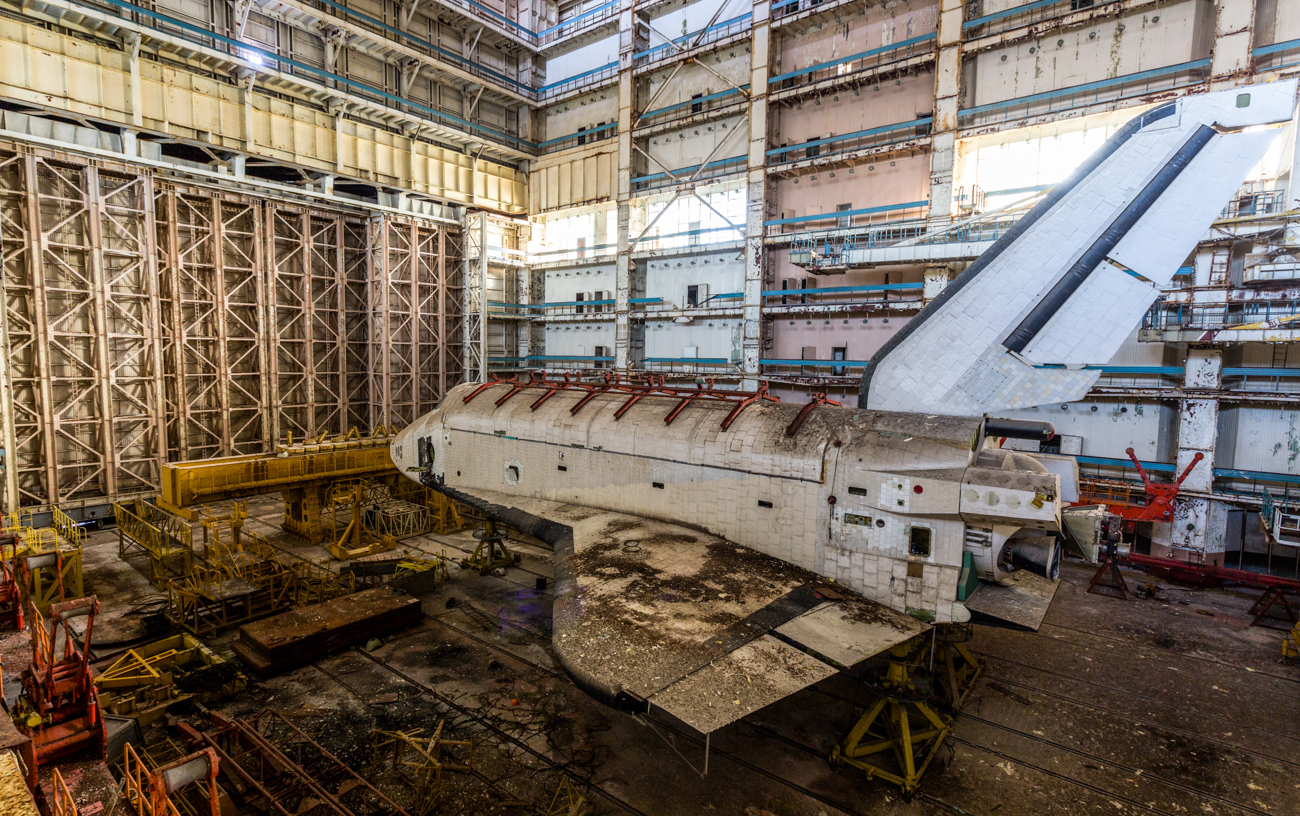 The hangar that houses the Buran shuttles is about 30 kilometers (18.6 miles) away from the former missile launch facility. It is in the territory of the cosmodrome and has decent and used roads, and a security system with patrols. “In the early hours of the morning we met a group of Russians inside the hangar,” Raskalov says. “They had the same goal- that is to take impressive pictures. But there was also a patrolman in the hangar. I was able to hide, but the members of my group were not as lucky. Later that night they caught me too.” 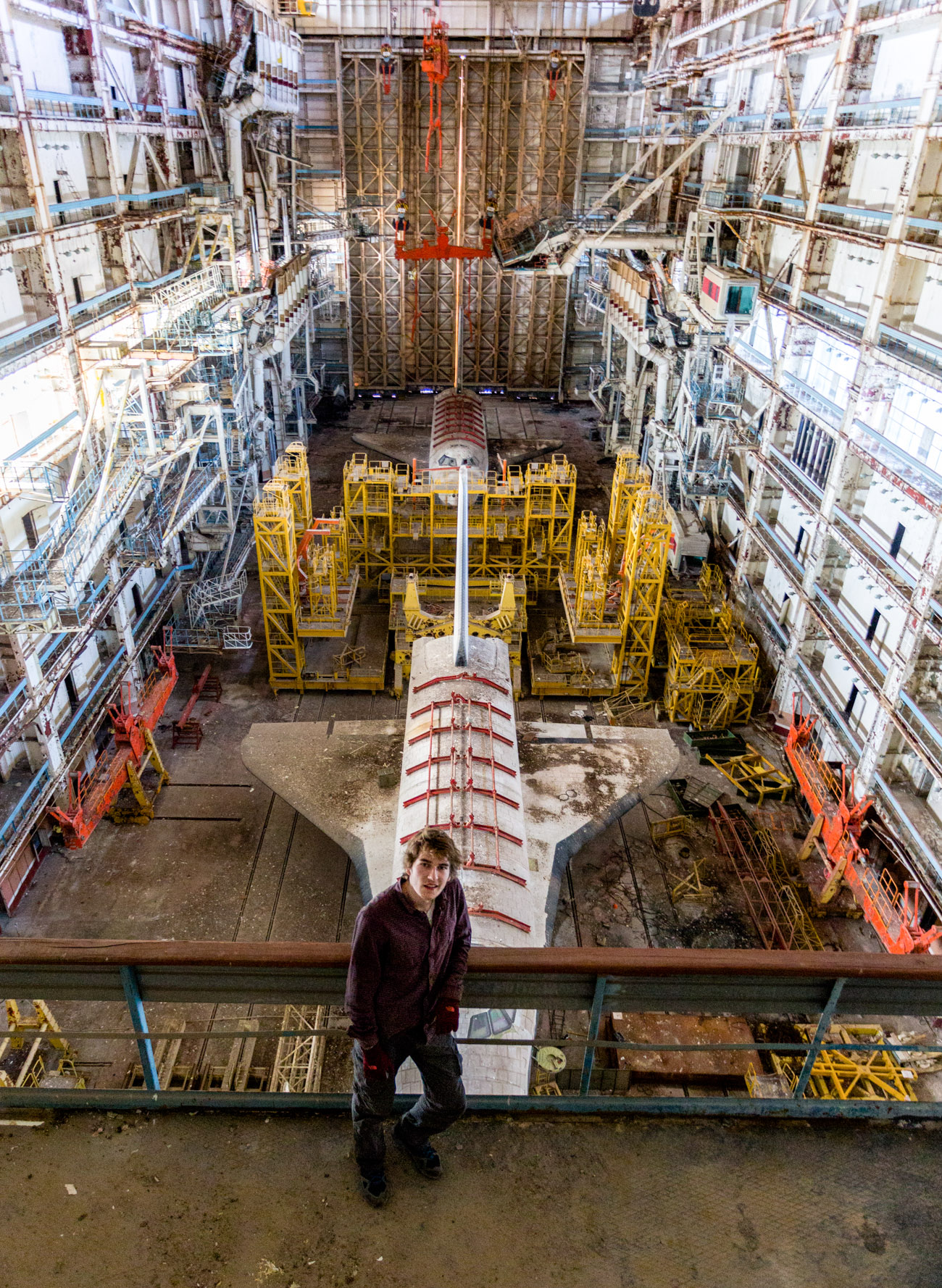 When asked about what happened to the foreigners, he says, “They were interrogated by FSB agents and totally searched. It lasted about 12 hours. The agents were finally convinced that the foreigners were not terrorists or spies. And they were released. As for me – I think they realized that I'm from the same group and decided not to waste their time.” 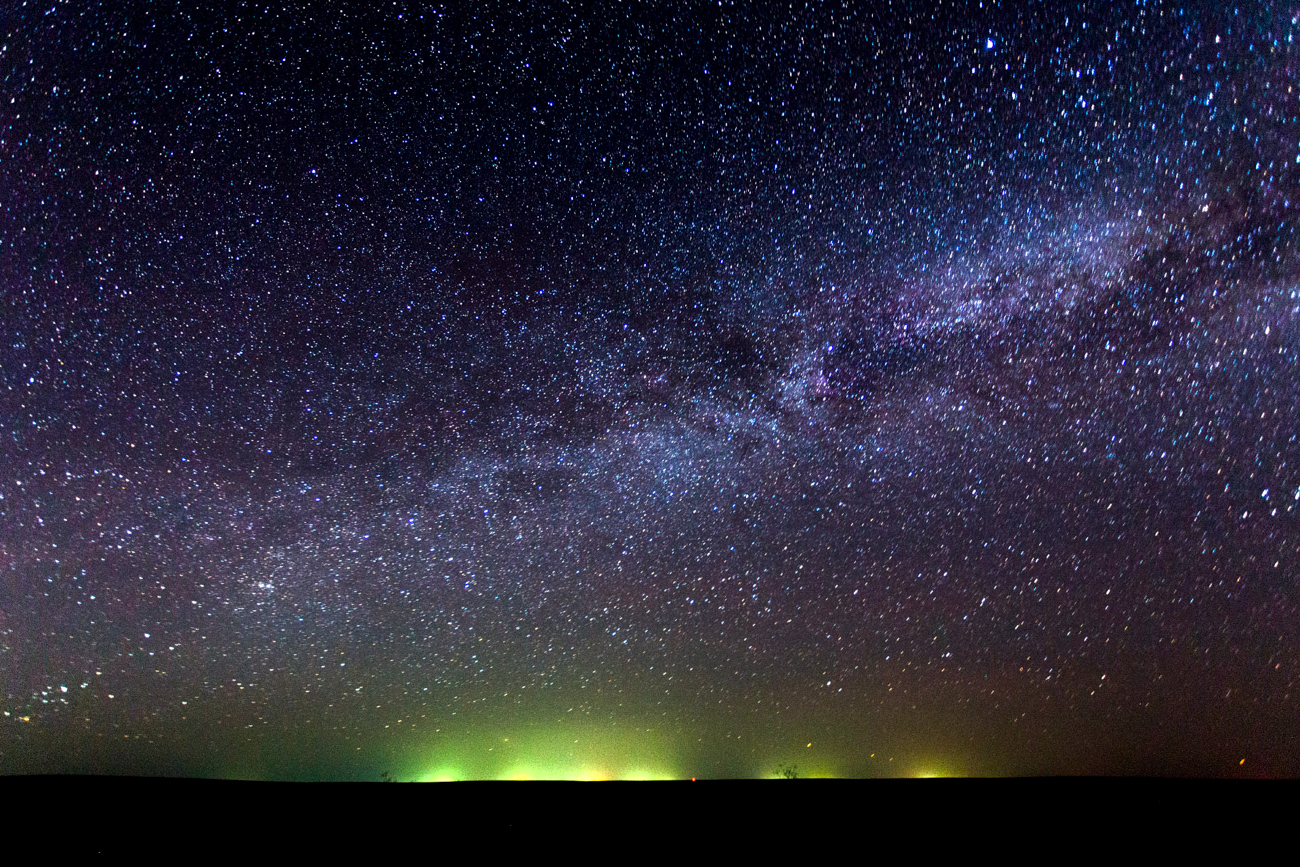 “Nevertheless, I almost never get caught. Baikonur was the one of those rare moments,” Raskalov says. “Whether it is legal or illegal, I don’t ask permission. If no one stops me, everything is fine. The main goal is to get a good picture. I can’t say I'm doing something risky. It’s actually riskier to ride your own motorcycle in Moscow!”