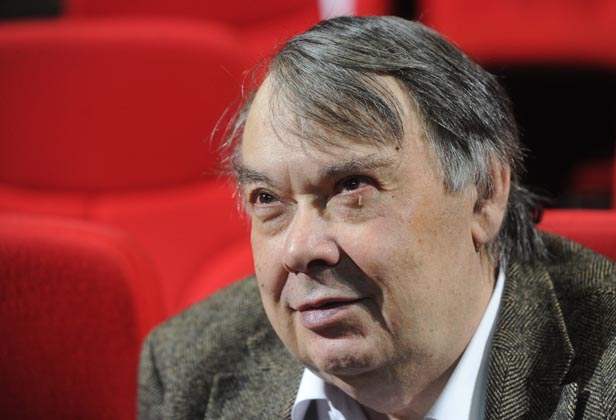 A famous film director, People’s Artist of Russia Alexei German Sr. died today. We present a brief retrospective of his films, including internationally recognized "Khrustalyov, my car!", "My friend Ivan Lapshin" and "Twenty days without war".

The song "Zhdi menya" ("Wait for me") used in this video is written on the lyrics by a Soviet poet Konstantin Simonov, who had written the script for the film "Twenty days without war".

A world renowned film director, screenwriter, actor and film producer Alexei Yuriyevich German was born on July 20, 1938. His most celebrated film "Trial on the Road" that made Alexei German famous was banned for 25 years and was shelved by the Soviet Culture Ministry until its triumphal release during Gorbachev’s era. During his filmmaking career, many of his projects faced production difficulties or official opposition.

Alexei German Sr. was awarded with the title of People’s Artist of Russia, Merited Man of Art of the RSFSR.