How to leave everything, settle in the village and make gusli

Ilaria Kantorova
RIR
Igor Davydov
This is the story of regular guy Sergei Gorchakov from St. Petersburg, who left his usual existence for the village of his forebears to ruminate about life and decide what to do with his own. The answer was unexpected and rather specific.

The instrument is described as a simple 5-string (with A, C, E, G, A chords) box made of wood. It was played like this: strings not used were muted with the left hand, and a playstick was held in the right. The playstick was used to press the rest of the open strings. You can play the gusli holding it like a guitar or keeping it horizontal on your knees.

The gusli is one of the oldest musical instruments (first mentioned in the 12-13th century), and has played an important role in Russian musical culture. Variants of the instrument can be found in almost all countries and cultures.

The gusli was used as accompaniment to singing, especially by ancient bards or skalds, who composed songs telling of antiquity and praising rulers and their kin. 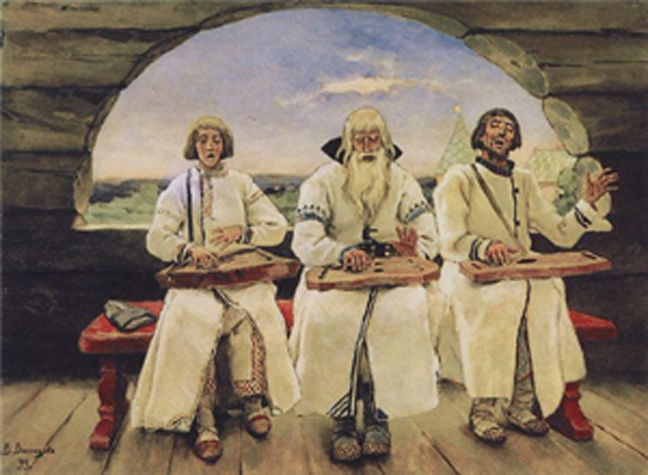 Later, the gusli became identified with paganism and gained a dubious reputation among the Russian clergy. In the 12th century, anyone suspected of practising magic or playing the gusli could expect eternal damnation.

Our hero Sergei has always been interested in Slavic history: from ancient culture to the art of Russian combat and historical re-enactment.

Today in his native village of Pushkino in the Tver region, he owns a little gusli workshop, which he runs with his village buddies. Not only do they make guslis and sell them all over Russia, they also play them and promote this simple (as they suppose) art on their YouTube channel.

“Our workshop made the gusli available to everyone,” says Sergei.