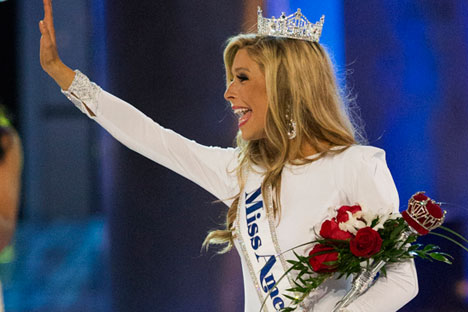 The Miss America title has been won by a 23-year-old resident of the State of New York, Kira Kazantsev. 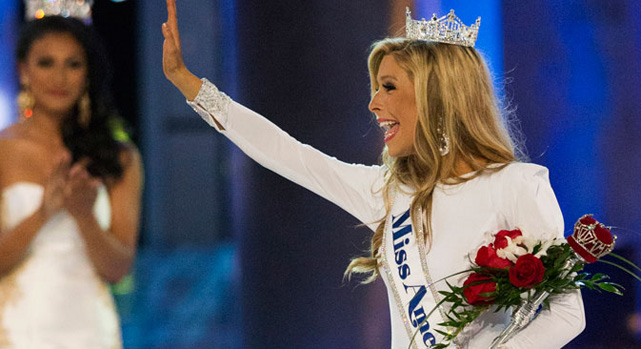 Miss New York Kira Kazantsev reacts after she was announced as the winner of the 2015 Miss America Competition in Atlantic City, New Jersey September 14, 2014. Source: Reuters

The Miss America title has been won by a 23-year-old resident of the State of New York, Kira Kazantsev.

The final of the pageant and the awards ceremony was held in Atlantic City in New Jersey. The crystal crown was bestowed on Kazantsev by the previous Miss America, Nina Davuluri.

This year's winner was born in San Francisco and moved to New York at the age of five. Kazantsev was born to a family of immigrants from Russia, who moved to the United States in 1990, reports ForumDaily. The girl's father is a surgeon (he treats pancreatic cancer) and her mother is a real estate agent.

Kazantsev, who speaks Russian and Spanish, has been participating in beauty pageants since the age of 11. She is now studying at Hofstra University and dreams of becoming a lawyer (specializing in international law). Under the terms of the pageant, she will receive an award of about $50,000.

According to ITAR-TASS news agency, Kazantsev impressed the jury not only with her looks but also with her rendition of a Pharrell Williams song, "Happy". She was sitting on the stage, her legs crossed, and beating the rhythm with a red plastic cup.

The Miss America contest, which has been held in the U.S. since 1921, is open to young women aged from 17 to 24. This is a third year in a row that the pageant has been won by a representative of New York State.

Read more: Mrs. America 2015 pageant to be held in Sevastopol