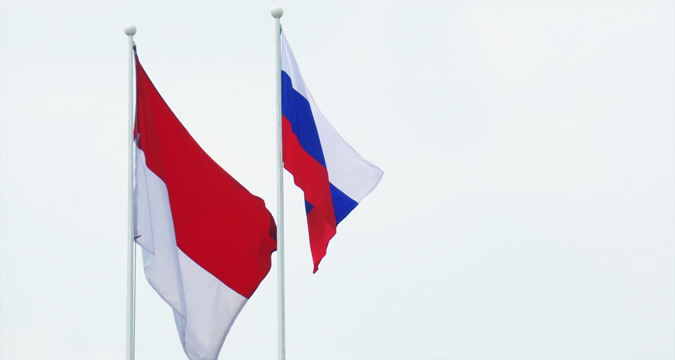 The Russian and Indonesian flags.

Fauzan Al-Rasyid
Russian tourist arrivals to Indonesia have risen by 21.4 percent this year.

Bilateral trade between Russia and Indonesia increased by 12 percent in the first four months of 2016, Indonesian Ambassador to Russia Wahid Supriyadi told RBTH in an interview.

Trade between the countries from January till the end of April stood at $770 million, Supriyadi said.

The ambassador added that tourist arrivals from Russia to Indonesia grew by 21.4 percent in the first four months of the year.