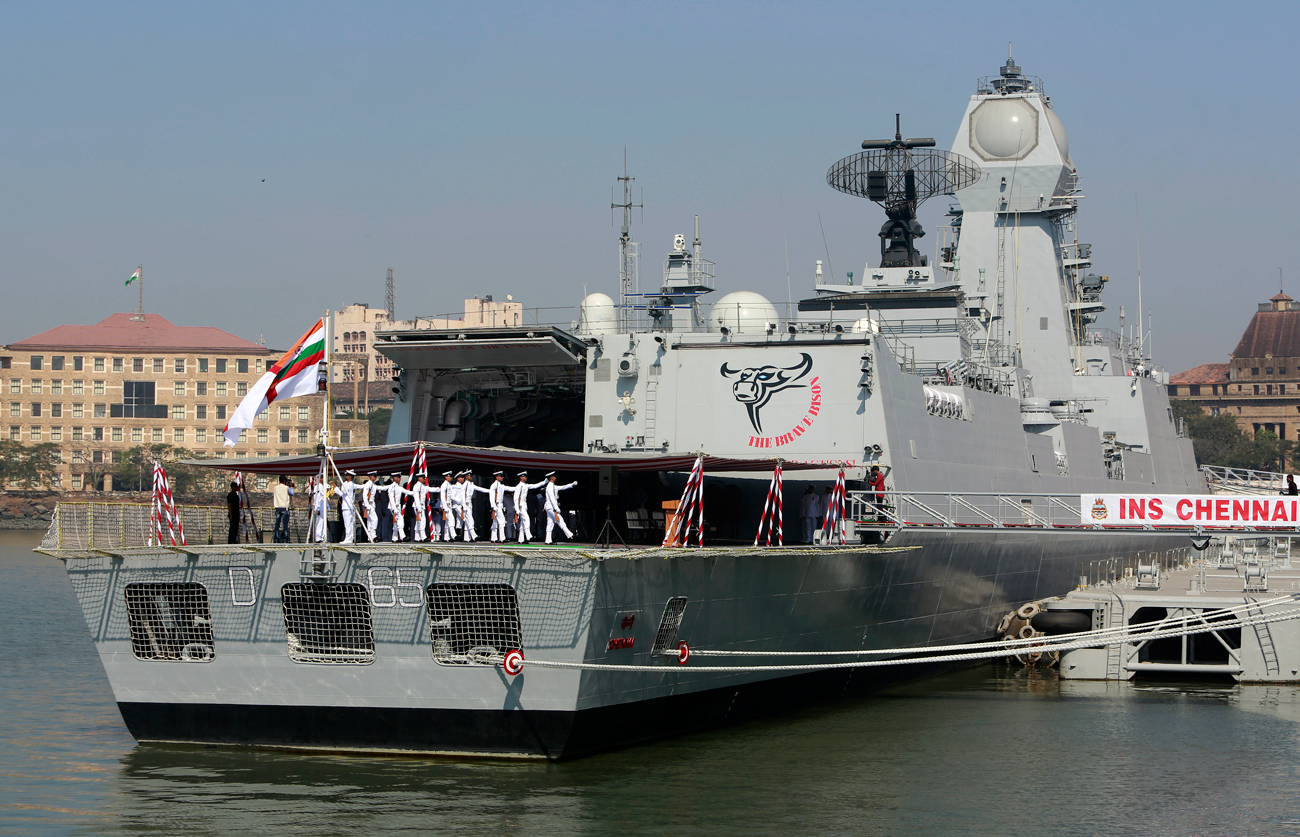 AP
The Indian Navy has added a sixth modern destroyer to its fleet that is based on Russian design.

The Indian Navy’s preparations for operations in a wider swathe of maritime domain remain on course with the commissioning of a sixth destroyer. The first three belong to the Delhi Class while the next three have more stealth features and slotted in Kolkata Class.

The Indian Navy has added a sixth modern destroyer to its fleet that is based on Russian design. With three Delhi class destroyers already in service, Indian Defence Minister Manohar Parrikar launched the third ship of the improved Kolkata class destroyers.

Named INS Chennai, the ship has an overall length of 164 m with displacement of more than 7,500 tonnes. It has been built at Mazagon Dock, the assemblers of French Scorpene submarines.

Parrikar launched the ship in the presence of Chief of Naval Staff Admiral Sunil Lamba.

“It is a very historic day and most important for maritime security. The induction of INS Chennai is an important milestone,” he said on the occasion.

INS Chennai has Russian and Israeli missiles and comes with many advanced features.

The India Navy plans to induct 200 warships of various sizes by 2027 as a part of the Government’s strategy to become a naval superpower to counter increasing Chinese influence in the Indian Ocean and beyond.