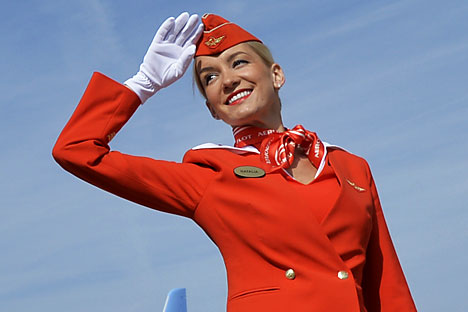 Approval for the new process is yet to be rubberstamped as discussions continue.

AFP/East News
Ministry of Transport set to greenlight the system in August.

Representatives of Vnukovo, Domodedovo, and Sheremyetevo airports have announced their readiness to board planes using e-tickets on smartphones, Rambler News service reports (in Russian).

Approval for the new process is yet to be rubberstamped as discussions continue - many expect the Ministry of Transport to come to a final decision in August of this year.

Vnukovo representatives claim to already have the e-ticket system and service in accordance with the initiatives of IATA FastTravel. Domodedovo also claims to have such a system in the testing phase. Sheremyetevo airport has been using e-tickets since February for domestic flights from Terminal D. This system, the airport added, accepts printed tickets and e-tickets simultaneously.

The use of e-tickets in other countries started in 2007. Discussion on implementing this technology in Moscow airports began in 2013.