Russians are spending less on groceries 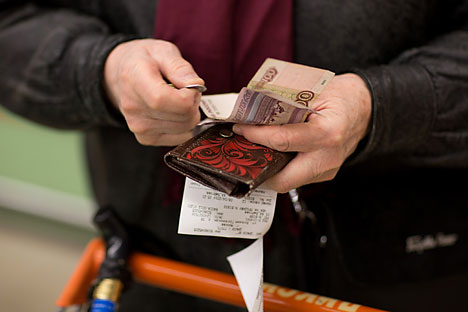 'The trend of decreasing grocery bills has continued in April.'

Russians spent an average of 0.8 percent less on their groceries in April, compared to previous months - according to a study by the Romir research company.

The average receipt during a visit to a Russian grocery store in April fell by 0.8 percent, according to the study by the Romir research company.

“The trend of decreasing grocery bills has continued in April, but only slightly. The average receipt is again reduced by four rubles ($0,07), or 0.8 percent against March, and amounted to 524 rubles ($9.3). Compared to April last year, the average receipt grew by 6.3 percent, compensating for the yearly inflation of 4.1 percent", the study states.

The index of the "average receipt " is calculated based on purchase data from 30,000 customers in 180 Russian cities.

Romir noted that the average receipt fell the most in hypermarkets and supermarkets, but in traditional stores the amount increased by 3.3 percent.

Read more: Daily expenditure of Russians lowest for past 5 years