Keanu Reeves: Siberia is one of the most mysterious places on Earth 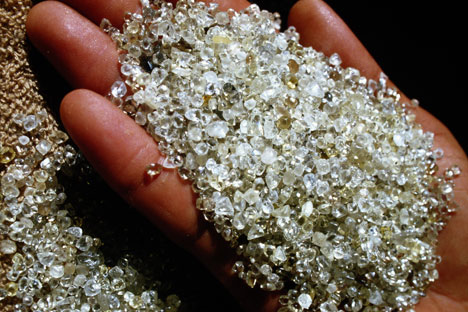 In the new movie, Siberia, Lucas - played by Keanu Reeves - finds himself in a tricky situation when he falls for a local cafe owner, Katya - played by Ana Ularu - and becomes increasingly entrenched in both the love affair and his dubious diamond dealings.

American actor Keanu Reeves is playing an American diamond merchant in a small Siberian town for an upcoming film.

Siberia, directed by Matthew Ross, has begun filming in Canada. Keanu Reeves’ character is an American swindler, Lucas, who travels to Siberia to sell blue diamonds of questionable origin. Reeves discussed the film with a correspondent from Izvestiya.

Lucas finds himself in a tricky situation when he falls for a local cafe owner, Katya - played by Ana Ularu - and becomes increasingly entrenched in both the love affair and his dubious diamond dealings.

In an interview with a correspondent from Izvestiya (published in Russian), Reeves said Siberia was chosen as the setting for the film - even though it’s being filmed in North America - because it’s “one of the most enigmatic and mysterious places on Earth.” He clarified that the filming will take place in Canada because it’s cheaper. The star also added that he has a moderate understanding of Russian language and is currently reading Hamlet in Russian, as he knows the English version by heart.

Local media in Canada have reported how a town was given a Russian makeover for the film - a Russian billboard went up, automobiles with Russian license plates appeared, and a local house was turned into a junkyard.