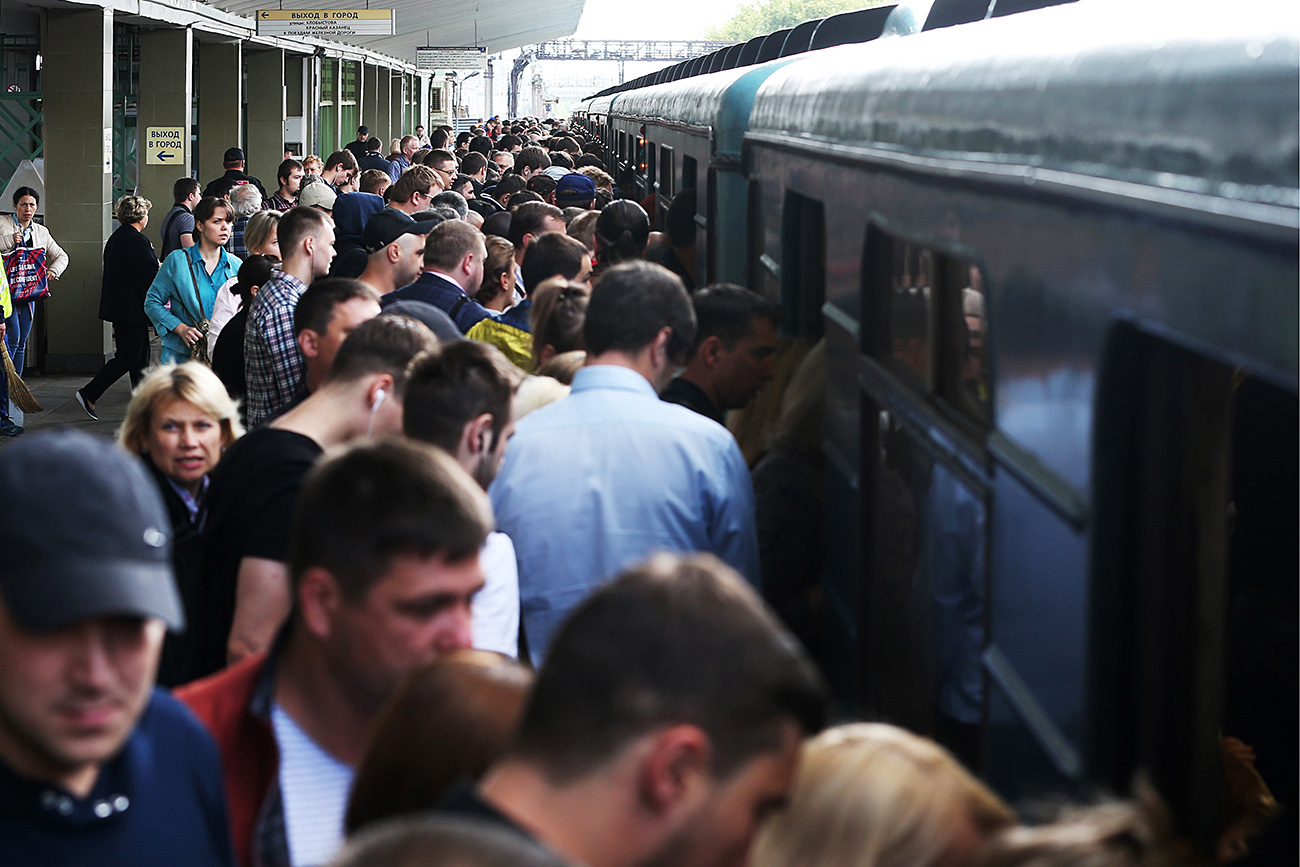 The Moscow Metro will not need subway 'pushers.'

The Moscow Metro will not need subway “pushers,” reported the Moskva news agency on July 5. Replying to a suggestion made at the Moscow City Government's International Expert Council on Transport, that pushers might be needed in the Russian capital, Moscow Metro representative Roman Latypov - said this: “As soon as the Moscow Ring Railway was launched, the number of people in the Moscow metro decreased, this is why there is no need for subway pushers.”

The concept of pushers or “osiyas” (literally, Japanese for “person who pushes for a living”) involves guards shoving people on to underground trains with their bodies or sticks. Tokyo’s metro used to employ the method, but it is far more crowded than Moscow’s Metro system.

Read more: Now there is neither entrance nor exit at the Moscow metro