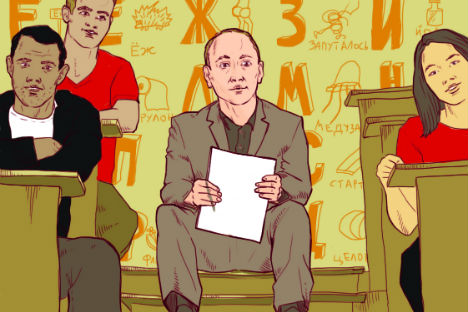 There is a popular belief that in the United States, interest in all things Russian and in particular Russian language peaks at times of crisis between the Kremlin and the White House. As someone who has taught Russian in the United States for some time, I can say that my experience has shown that the reasons people study Russian are not so simplistic. 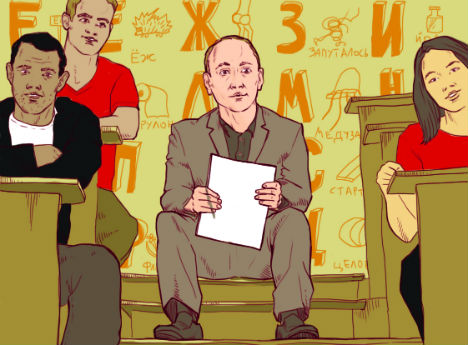 These days, I am teaching Russian at New York’s Fluent City  – a fun hip language school with campuses in Williamsburg (Brooklyn) and Midtown Manhattan. Our Russian program is still a baby, but in a year and half of its existence, it has evolved into a steady schedule of after-work evening classes for adults from elementary to advanced levels.

Each class I’ve taught at Fluent City is a living epitome of New York: my students’ backgrounds, their experiences and their objectives are as diverse as the city we all call home. What unites them is a staunch determination to conquer the mazes of Russian declensions and conjugations, to unlock the sundry moves behind the verbs of motion, and get those numerals in order despite the rules that follow no known logic.

Why linguistic nuance is often the first casualty of media reporting

Teaching Russian at a time when major media outlets are happily predicting a new Cold War, if not World War III, is both a curious and an enlightening endeavor. Why are my students studying Russian, right here, in New York, and right now, in 2014, in the context of heated animosity between the governments of the Russian Federation and the United States? I asked them. Here are some of their responses:

“As a Foreign Language teacher [of Spanish and French], I always wanted to speak a non-romance language. Of course, work always got in the way. Once I retired, one of the first things I did was to enroll in a Russian class. Now I can communicate with my neighbors and shop in the local stores!”

“I’m learning Russian to better understand and connect with the Russian novels I love, and to one day read them in the original language. My favorite has always been The Brothers Karamazov, but the subtlety of Anna Karenina is slowly revealing itself to me and I think that book might have even more to offer. I have a whole list of others I have yet to read, they are such a challenge!”

“I have Russian relatives on my father’s side, but I never learned to speak Russian with them. Then three years ago, I met an extraordinary Russian woman. I started to learn Russian, and then one of my jobs decided also to cater to Russian people, and asked more staff to learn Russian. Other business opportunities began opening up, and I moved into my friend’s apartment building in a Russian neighborhood, just as our friendship began to become more romantic....”

“Last year I was thinking over what new journalism skills to pick up, what would be interesting to me and also potentially open doors to new kinds of assignments. At the same time, I was researching some story ideas involving the Arctic, climate change and resource development. I realized there was next to no coverage of contemporary Russian science and environmental issues in the American press – and here I was with seven or eight years of Russian language study floating around somewhere in my brain. My hope is that having some skills in a second language will give me a professional edge.”

To put these motivations into perspective, I spoke to Kevin Moss of Middlebury College in Vermont who has taught Russian language there since 1983: “Enrollments were very high in the 1980s and early 1990s, and then dropped when Russia was no longer the Evil Empire. Another drop came after 9/11, when attention and the Federal money shifted to Arabic. Historically, things like the 1991 coup and the war with Georgia have helped, especially if they come in August, right before the students arrive. I suspect Sochi and the Ukraine / Crimea crisis will give us another spike this fall, as it’s clear the U.S. defunding of Russian expertise was premature.”

Congress eliminated funding for the State Department’s Title VIII program, which provided grants for the study of Russia and the former Soviet bloc, last October.

Nevertheless, the Russian language remains a key player on the world’s linguistic map: an estimated 255 to 285 million people speak it and it is one of the official tongues of the United Nations. Russian is absolutely ubiquitous in New York these days.

While it is true that today’s geopolitical scene will keep the demand for certain linguistic skills fluctuating, I have come to believe from my own experience that certain aspects of the Russian culture, and in particular the language that continues to form it, will remain in constant demand among the truly open-minded and intellectually astute.

Ivan Savvine is an art historian and writer as well as a teacher. He was raised in St. Petersburg.