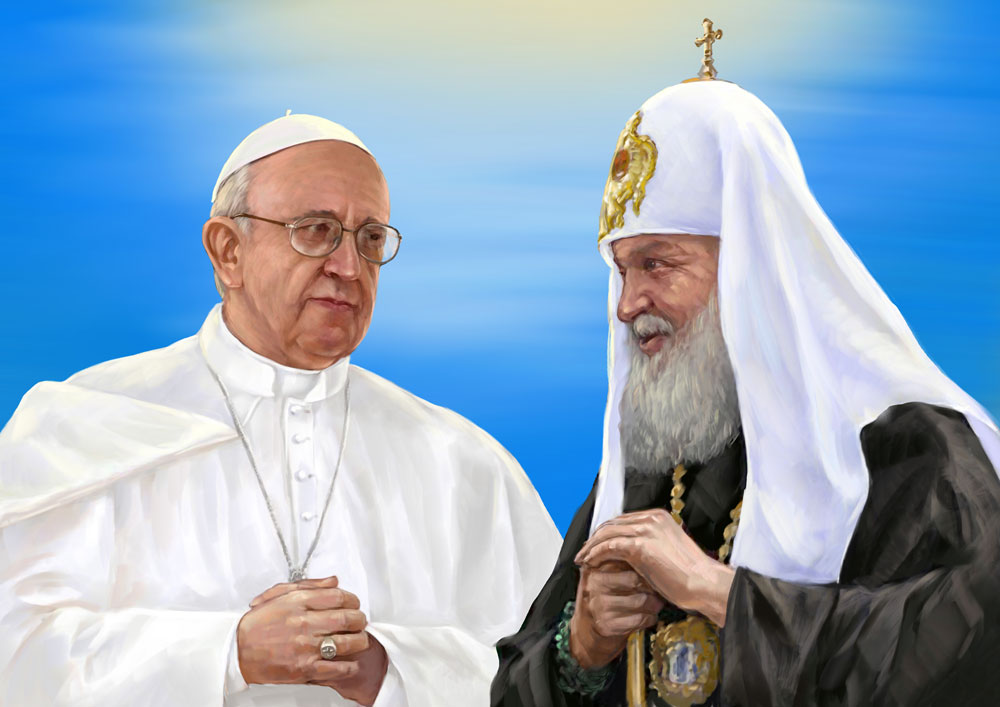 Pope Francis is to meet Patriarch Kirill at the airport in Havana on Feb. 12 in the historic first meeting between the leaders of the Roman Catholic and Russian Orthodox churches. Why has it taken such a long time for the heads of the two churches to meet and what is likely to be on the agenda in Cuba?

Almost 20 years ago I wrote my first article on the intended meeting between the Pope and the Russian Orthodox Patriarch failing to take place in Hungary. Then came Austria. Over the years, time and again, the Moscow Patriarchate either denied the reports of a planned meeting as unsubstantiated or struggled to explain why the encounter was premature.

Last week, the historic first meeting of the leaders of the Christian world’s two biggest church bodies was finally announced: It will take place on Feb. 12 at a surprise location – at Havana’s airport. So why is it that such a meeting was not possible for 20 years and why is it suddenly happening now?

The long journey began with Pope John Paul II, who was keen to reach out to the Christian East. His was the famous maxim that “the Church must breath with her two lungs.” 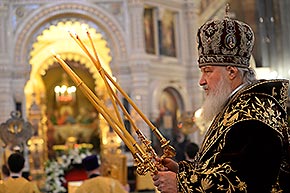 Yet this same very eastward drive by the Polish Pope created a problem for the Russian Orthodox Church. In the 1990s, as the constraints of the Soviet atheist state crumbled, the church enjoyed a tremendous growth while at the same time competing against a legion of foreign missionaries. The Roman Catholic Church was not the largest force among them, but had a rich history of centuries-old Orthodox-Catholic competition. The defensive position in which the Russian Orthodox Church found itself fed a strong grassroots anti-ecumenical movement that put pressure on the hierarchy to restrict their ties with non-Orthodox Christians.

There were occasional problems as the Vatican re-established its structures in Russia. But the real wound was Ukraine, whose western part, originally Orthodox, converted to Catholicism when it was part of Poland in 1596. The Ukrainian Greek Catholic Church (UGCC) that took root there was officially subjugated to the Moscow Patriarchate by the Soviet state in 1946. After its legalization in 1989, a period far from “ecumenical spirit” followed when the Greek Catholics reclaimed their property, often violently, in a process that the Orthodox described as the destruction of their three dioceses in Western Ukraine.

Against such a background, the Moscow Patriarchate found it impossible to agree to a papal visit to Russia and wanted a potential meeting in a third country to yield an agreement on the Ukraine issue. That, in turn, was a no-go for the Vatican, which could not betray its faithful in Ukraine.

That doesn’t mean that no attempts were made to break out of the deadlock. In 2006 a conference in Vienna co-chaired by then Metropolitan Kirill and Cardinal Paul Pupard set a new agenda for bilateral relations: establishing common witness of traditional Christian values in an increasingly secularized Europe. Contacts on this matter intensified when Metropolitan Kirill, the long-time “foreign secretary” of the Russian Church, became Patriarch in 2009.  But the much awaited historical meeting was still a far cry, especially since the turmoil in Ukraine had reignited the country’s complex church politics.

A meeting that can no longer be postponed

The upcoming meeting in Cuba is thus a result of a total paradigm shift. The problems in Ukraine remain unsolved, an “unhealed blooding wound that prevents the full normalization of relations between the two churches,” Metropolitan Hilarion, the Moscow Patriarchate’s chief external relations official, said last week. But the suffering being endured by Christians in the Middle East, North and Central Africa requires urgent measures. “In the present tragic situation, it is necessary to put aside internal disagreements and unite efforts for saving Christianity in the regions where it is subjected to the most severe persecution,” he said. 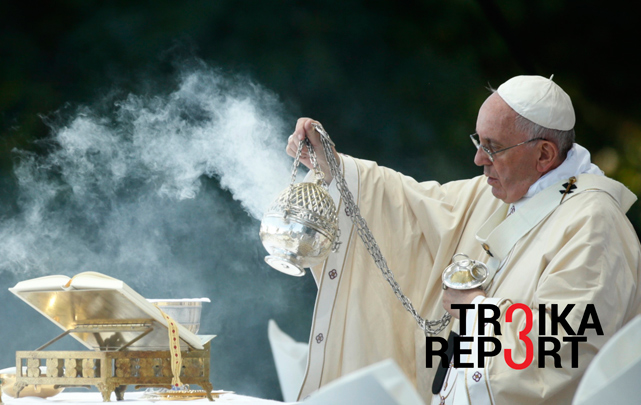 Its venue in an airport, away from the two churches’ traditional battleground in Europe, is meant to emphasize the new global agenda and its urgency. The theological issues separating the churches cannot be discussed in two hours. It is easy to predict that the joint declaration the pontiffs are to sign will either say nothing about Ukraine or be limited to a most general call for peace. Yet a historic meeting it will be because it will demonstrate common witness by two of the world’s biggest churches – churches that have been at odds too long and whose earthly conflicts are not yet exhausted.

Mr. Zolotov has a long-standing interest in the issues of Russian media, relations between the church and society in Russia and Orthodox Christianity worldwide. Mr. Zolotov was one of the founding members of the Valdai Discusion Club.