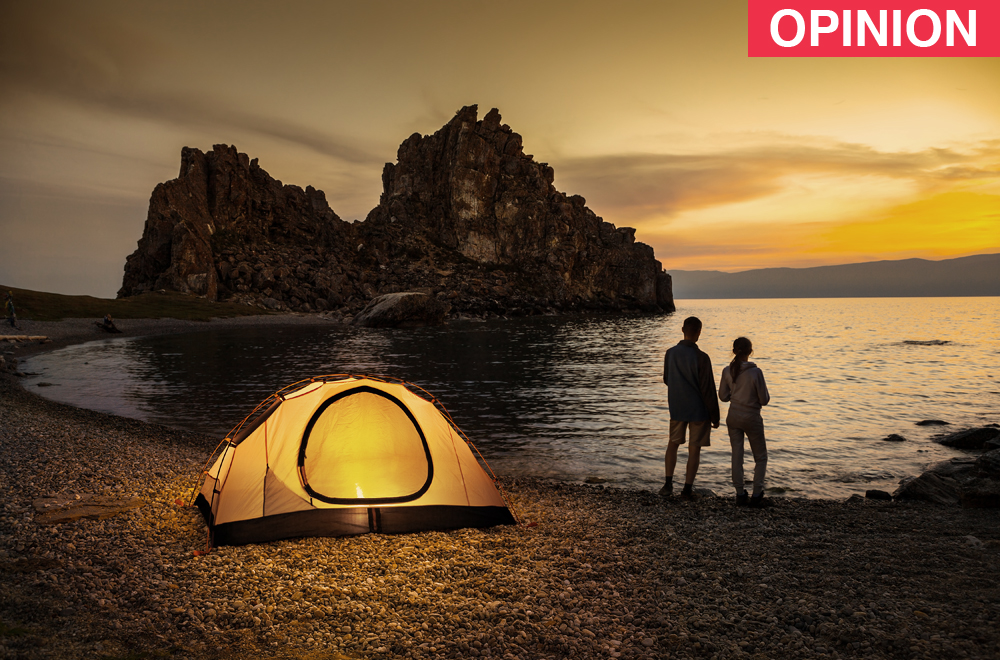 Every Chinese person knows about one place in Siberia - Lake Baikal. It is not necessarily famous for its unique biodiversity or for being the deepest lake in the world.  Every winter, radio broadcasts warn Chinese listeners about “cold air masses that are moving in from the Lake Baikal...”

Chinese people are beginning to value Lake Baikal and are increasingly coming as tourists to see it. Some Chinese citizens are even investing in the risky tourism business around the lake. Recently China-based Well of the World Inc. proposed pouring Baikal water into bottles to quench Chinese thirst.  But this nature-friendly relationship could be severely damaged as the China Export-Import Bank (China EXIM Bank) has pledged a soft loan to Mongolia for a project that may tip the fragile ecological balance of the ancient lake. 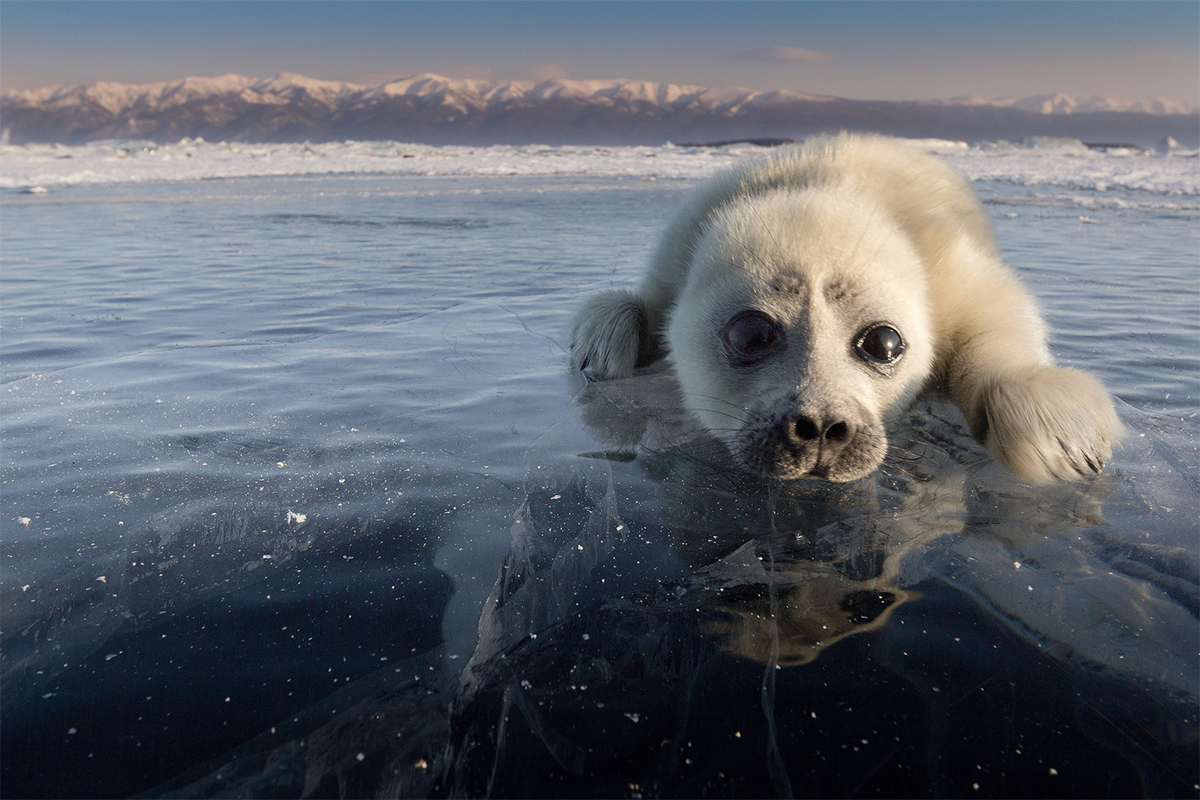 On November 11 2015, Mongolia and China issued a joint statement that calls for the development of large industrial projects including in hydropower. For that Mongolia secured a $1 billion loan from the China EXIM Bank, which it intends to use for the construction of the Egin Gol Hydropower Project.  A  $100 million concession for access roads and bridges has been awarded to the China Gezhouba Int. Co., and construction activity began during the harsh winter months.

The hydropower project is located on the Eg River near its confluence with the Selenge River, the main source of Lake Baikal. Feasibility studies for the hydropower dam were completed 10 years ago under the auspices of the Asian Development Bank in an ill-directed attempt to help Mongolia utilize renewable energy. Although it is obvious that the electricity generation potential of the rapidly drying rivers of Mongolia is 3000 times smaller than that its wind and sun potential, the World Bank followed the Chinese script. It sponsored the MINIS Project that pursues feasibility studies for two more large dams in the Baikal Basin, one of them - Shuren Hydro- is planned on the Selenge River itself.

Everything you need to know about lake Baikal 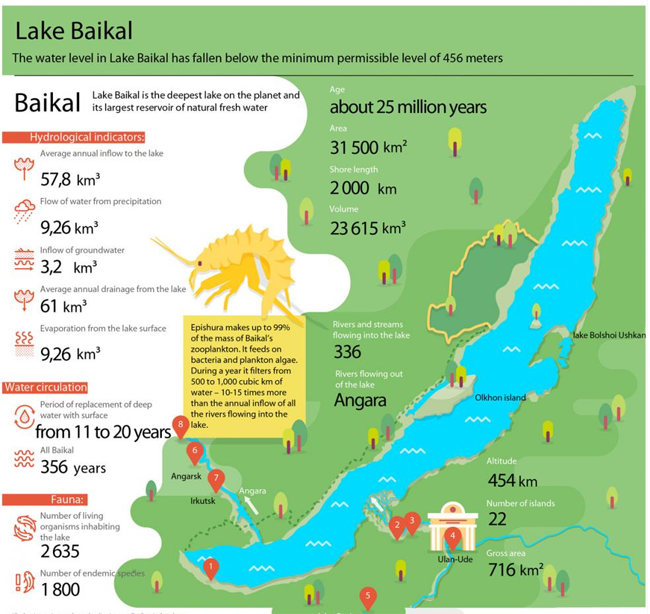 Mongolian government agencies are looking at 10 more hydropower dam locations on the Baikal Basin justified by need to "de-carbonize" the energy sector and achieve energy independence from Russia.

The International Union for Conservation of Nature reported that the combined effects of the projects on the lake are not fully known and could potentially seriously damage its World Heritage values. The World Heritage Committee discussed the dams that could damage Lake Baikal at a meeting in Bonn in July 2015. The committee set forth requirements for impact assessment of Egin Gol and two other projects, as well as the cumulative impacts assessment of all three dams. The committee requested Mongolia (and by default, China) to not approve any of the projects until all assessments for dams have been completed and reviewed by the World Heritage Center.

So how come China, which is prioritizing a cleaner environment at home and is promoting "green development" globally as a G20 leader, is making such a dangerous mistake and starting work on Egin Gol? 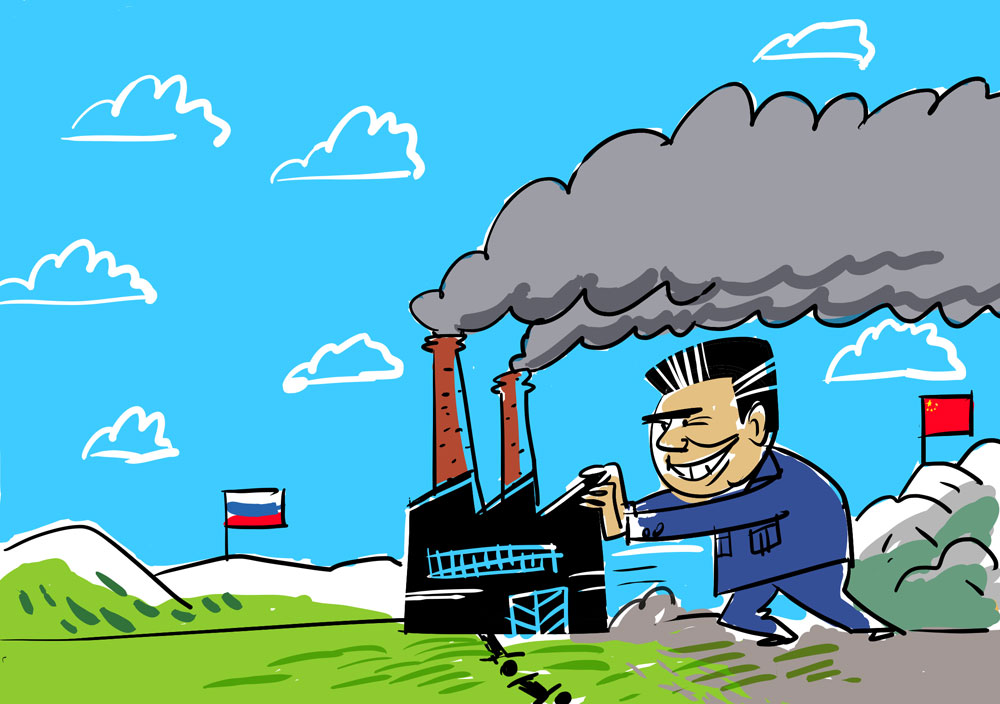 This is a consequence of gaps still present in the design of China's New Silk Road Initiative aimed at integrating the country with all its neighbors. Energy sector investment in Mongolia is one of the pilot projects on the Silk Road. However great it is at boosting new economic cooperation, the Silk Road Initiative so far lacks clear environmental safeguards and specific green development guidelines. Grand plans for “new economic corridors” are not subjected to strategic environmental assessments to avoid pitfalls and select the best alternatives.

Finally, there is no mechanism for consultation with stakeholders living along the Silk Road. Without this, Chinese investors lack information on actual environmental and social risks. Or get it too late as in this case when Gezhouba Co. had to stop construction this spring on the order of supervising agencies. Now they are likely to conduct due diligence on Egin Gol.

Most likely, Chinese agencies pursuing energy cooperation with Mongolia have not yet assessed the environmental effects of various investment options and did not even notice trans-boundary water issues. And then all of a sudden this spring, EXIM Bank received a letter from the people of Russia’s Kabansk District in the Selenge River Delta and learned that the project it is supporting may harm Lake Baikal, which is the source of cold winter air in China.

Eugene Simonov is a Russian environmentalist who founded the Rivers Without Boundaries Coalition. He literally crossed an entire continent to help create a network of stakeholders interested in river conservation along the China-Mongolia border, where dam building on a monumental scale threatens the fragile wetland ecosystems in the birthplace of the Genghis Khan. Views expressed here are personal and many not necessarily reflect those of RBTH or its staff