Eurasia is getting integrated as the EU is falling apart 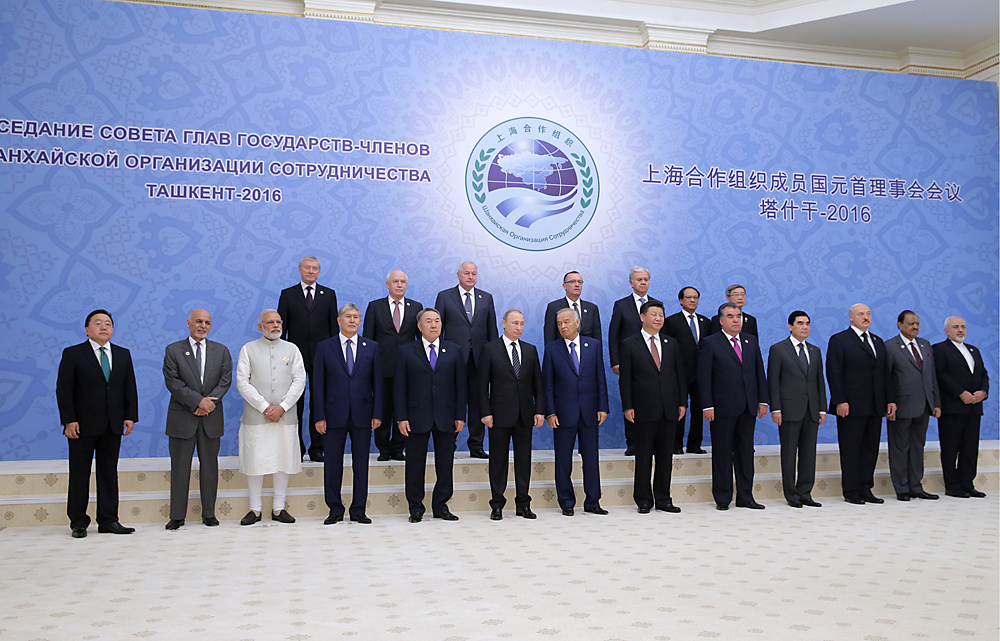 Is the SCO a challenge for the standardized West?

Mikhail Metzel/TASS
India and Pakistan signed a Memorandum of Obligations on June 24, formally joining the Shanghai Cooperation Organization. On the same day, results of the referendum on Britain’s membership in the EU were declared, with 51.9% of Britons opting for Britain to leave the European Union, leaving the future of the Union troubled.

The idea of this headline comes from a series of overtly obvious ones, since India and Pakistan signed key documents to join at the Tashkent SCO summit and the British voted to withdraw from the EU. What happened was this – integration here and collapse there – all in one day. And then there are the particularities and they include the most interesting parts, as always.

From a formal point of view, no grand ceremonies were observed for the integration of India and Pakistan, no two new flags were added to those of the six current SCO members; China, Russia, Kazakhstan, Uzbekistan, Kyrgyzstan and Tajikistan.

The fundamental decision on their entry was made a year ago, at the summit in Ufa, and what happened now was as follows: at the summit, the leaders of the six SCO member states adopted a memorandum on the obligations of the Indian and Pakistani counterparts on accession to the Convention of association, and mandatory for each of its member states.

President Vladimir Putin, speaking on this issue at the final press conference, said: "You have seen, we have come to the reception of the two large countries - India and Pakistan. What remains is purely formal, we can assume that, starting from next year, they will be full members of the organization. With their introduction, of course, the organization takes on a different sound and a different weight ... and in this regard, we can say with full confidence that the summit was a success.”

After that he answered questions about England and the EU.

As you can see, this is not a stadium, no one is going to play the game of "Eurasia: EU- one: zero". The SCO is not for confrontation with all the others, especially not for propaganda.

At the same time, involving the Indians and the Pakistanis at different level to all the SCO mechanisms – is a process, but a long process. There are still around 30 documents, which also need to be signed. It is a long bureaucratic procedure that sometimes requires negotiation with parliaments and ministries.

Do not repeat the mistakes of others

The SCO is not an alliance or a union, as its members feel that the time for ‘unions’ has passed (what is happening with the EU or NATO is very obvious today). But if it is not a union, then what is it?

Perhaps an attempt to build a new, modern model of relations between countries, which are united by geography, but divided by a number of distinct features which these countries wish to maintain, rather than be leveled by some strict rules and standards.

Is the SCO a challenge for the standardized West? No, it is an attempt not to repeat the EU’s mistakes, especially those that are obvious "on the day of the UK’s Independence." It is "open regionalism;" which means that nothing prevents member countries from being part of some other associations.

This is absolutely not the Western approach, and sometimes it strongly inhibits the work of the SCO as an organization. But apparently, this is the only way for them.

Let’s look at the list of those who are somehow involved in the SCO. These are 18 countries. In 2017, there will be 8 be fully participating member countries at the summit in Astana. China and India, Russia and Kazakhstan, Pakistan, Uzbekistan, Tajikistan, Kyrgyzstan. The other 10 countries have the status of observers. It would be difficult to imagine more different countries.

At the beginning of the integration, the European countries were as different. They followed the way for leveling of features, sovereignty was cut. As we can see, they were wrong.

"The SCO formula" at this point looks simple – do not allow any military-political upheavals in Central Asia and build infrastructure (roads, information databases and legislation) that would connect all the countries into one region.

Such infrastructure includes culture and education, active within the SCO framework, creating a common humanitarian Eurasian space. This process is not only enormous - it is in fact eternal.

And let us not forget that the SCO is not the entire volume of the relationship between, say, India and Russia and China and Russia, but only with regard to the essentially re-created Central Asian region. That makes it a purely a regional project.

You can say as much as you want, as do the Chinese, that the old model of the world is being recreated, the centre of which for centuries was the Great Silk Road from China to Europe, but we all know that, in fact, it is about shaping the future, and not restoring the past.