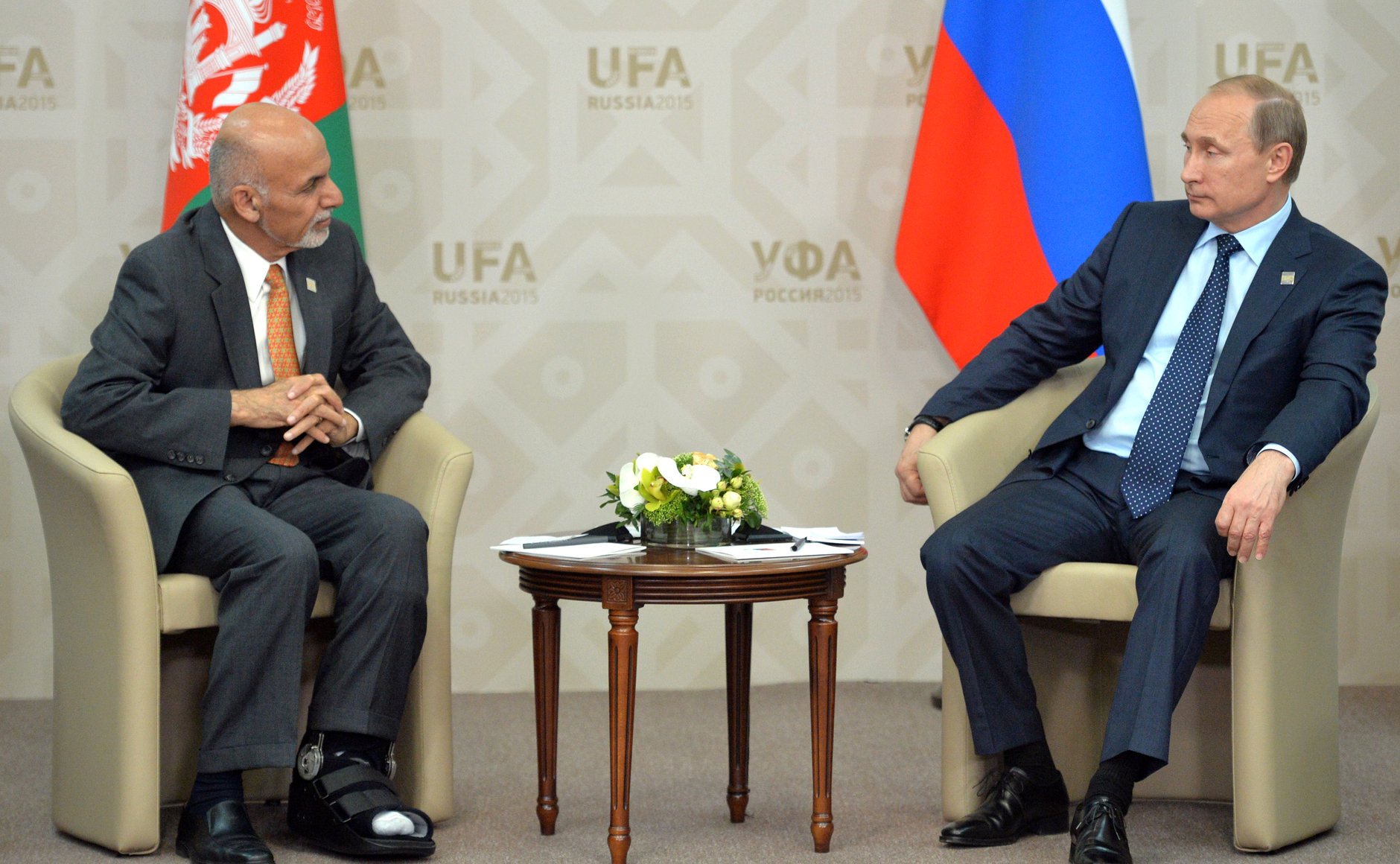 Vladimir Putin with Ashraf Ghani at the 2015 SCO summit in Ufa. Russia has repeatedly expressed its backing for the Kabul government. Source: Kremlin.ru

India was represented at the meeting by Gopal Baglay, who heads the Pakistan-Afghanistan-Iran desk at the Ministry of External Affairs. The six countries, including China, Iran and Pakistan, agreed to preserve the leading role of the government in Kabul.

Participants of the six-party consultations on Afghanistan in Moscow agreed to work towards intra-Afghan reconciliation, the Russian Foreign Ministry said in a statement on Feb. 15.

India was represented at the meeting by Gopal Baglay, who heads the Pakistan-Afghanistan-Iran desk at the Ministry of External Affairs.

At the daylong conclave, the sides discussed regional approaches to the development of the situation in the sphere of security in Afghanistan.

“The participants agreed to increase efforts to promote intra-Afghan reconciliation while preserving the leading role of Kabul and compliance with previously agreed principles of integration of the armed opposition to a peaceful life,” the Russian Foreign Ministry said in a statement.

“In the context of possible extensions of this format of negotiations, an understanding was reached about the need to develop regional efforts to stabilize the situation in Afghanistan due to connection of potential other countries, primarily from Central Asia, on the next stage,” the ministry added.

Afghanistan’s Foreign Ministry called the is meeting “a positive step in promoting regional cooperation and solidarity in the war against terrorism.”

Afghanistan and India were previously concerned about unsubstantiated media reports that Russia was reaching out to the Taliban, and even holding secret talks with the outfit.

“Russia and Afghanistan are old-time and close partners, and are interested in cooperation in security, humanitarian and economic areas,” Lavrov told Rabbani. “We support efforts of Afghanistan’s leadership in stabilizing the situation in the country and in the war on terror.”