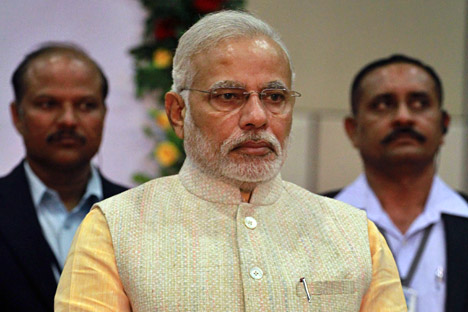 Indian Prime Minister Narendra Modi has offered his condolences to the families of the victims of the April 3 bomb blast in St. Petersburg.

“Deeply saddened by the loss of lives in the blasts at St. Petersburg metro,” Modi posted on Twitter. “Heartfelt condolences to the families of the victims.”

An explosion in a busy metro station in Russia’s northern capital has claimed at least 10 lives and injured dozens more.

“We are shocked and saddened by the loss of life in the blast in St. Petersburg today,” Indian Ambassador to Russia Pankaj Saran said. “My deepest condolences to the victims of the St. Petersburg bomb blasts. Our thoughts and prayers are with the victims, and their families.”