More than a quarter of the 210,000 people living in and around Norilsk work for Norilsk Nikel. Photo: A view of Norilsk Nickel's copper plant, April 16, 2010.

Reuters
Almost completely shut off from the outside world, the city of Norilsk in northern Siberia is a surreal place dominated by the world’s largest nickel plant. Pollution from the enterprise and the harsh climate make life hard for those who work here, but there is also a pride in surviving in such an inhospitable environment. 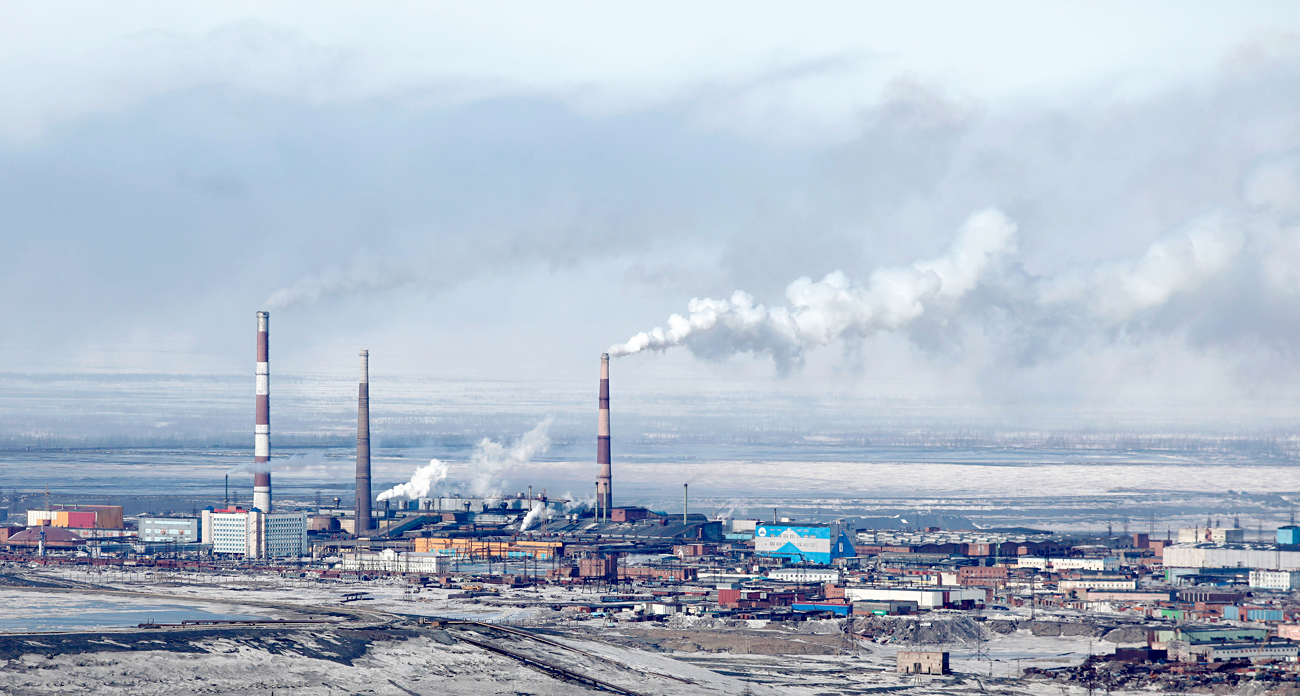 In the northern part of Siberia’s vast Krasnoyarsk Territory, not far from the Arctic Ocean, lies the city of Norilsk. It is often referred to using superlatives – the northernmost city in the world with more than 100,000 inhabitants, the most polluted city in Russia, one of the coldest cities in the world, and the home of the world’s most northern railway.

Snowdrifts on the streets of Norilsk may not melt until the following winter, the numbers on buildings are two meters big so that they can be seen during a blizzard and real summer here usually lasts for only one week. Temperatures in the city frequently drop to -50 degrees Celsius (-58 degrees Fahrenheit) and below in winter.

Around 170,000 people live in the city, which foreigners can enter only with special permission. Most residents work for one of the wealthiest companies in Russia – Norilsk Nickel. The company is the world’s largest producer of non-ferrous metals, but simultaneously pollutes the fragile Arctic environment in a catastrophic manner.

A city built on prison labor

People had been settling south of the Taymyr Peninsula in northern Siberia for many centuries (both Russians and indigenous peoples of the north lived there), but Norilsk's history began in the 1930s when under Stalin a Gulag camp was set up in the area and construction began on a mining and metallurgical plant. 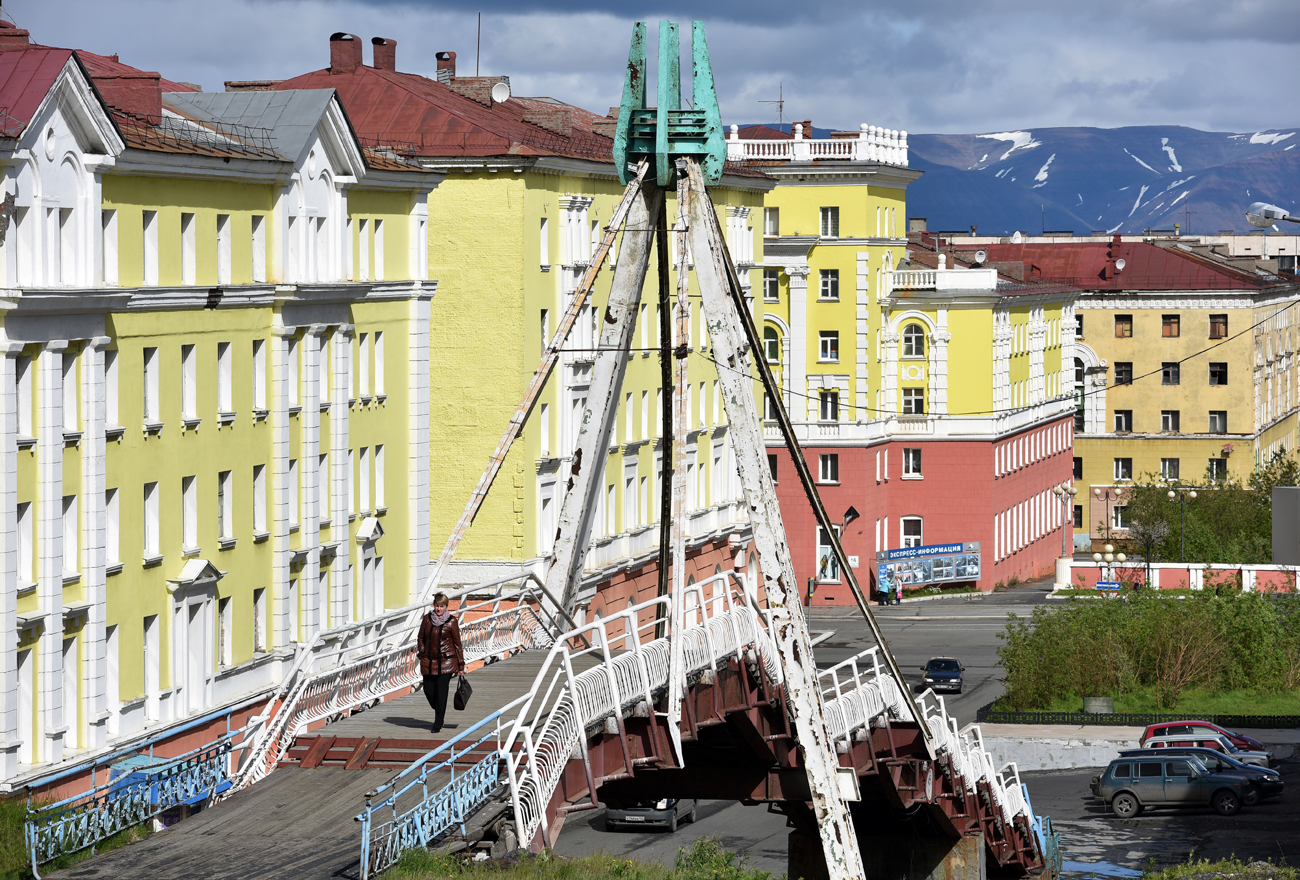 "You can say that my family are native Norilsk residents," says Tatyana Lavrushina, a library employee. "My grandfather built the first houses in the new city. He was an architect sent here from Leningrad. That’s why our city center looks like [St. Petersburg’s main artery] Nevsky Prospekt."

Many of the people who came to Norilsk from Leningrad determined the cultural image of the city: Norilsk's inhabitants have always been considered educated, intelligent and progressive.

"In many ways things haven't changed. The city has several universities, there are theaters, museums and the number of people with university degrees in Norilsk is the highest in Siberia,” says Lavrushina.

However, there are many problems in Norilsk, the biggest of which is the ecological situation. Norilsk is officially one of the 10 most polluted cities in the world. The extraction of non-ferrous metals produces massive poisonous waste, which in many decades has burned the tundra dozens of kilometers around the city. 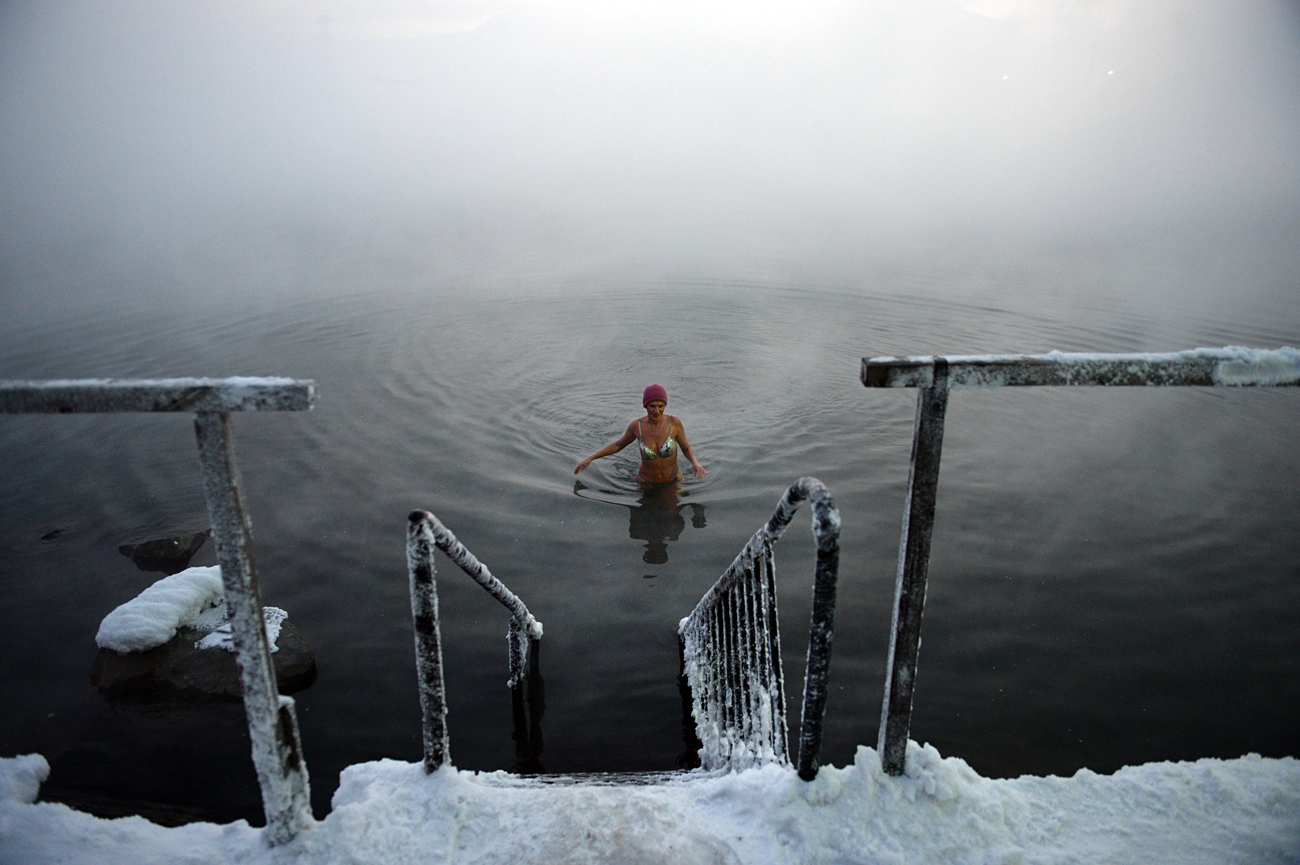 "There is basically no nature left," complains Sergei Lavrushin, Tatyana's twin brother, who works at a smelting plant. "Instead of tundra all round the city the only thing we have are lunar landscapes – nothing grows here, there’s just sand and poisonous smoke. Good thing the city lies a bit to the side and the waste does not come here every day. Otherwise no one would still be here."

Shut off from the world

Another serious problem for Norilsk is its isolation from the surrounding world: Roads and the railway lead only to nearby settlements, while big cities can be reached only by water (the great Yenisei river lies several hours to the west of the city) or by air. Due to the harsh northern climate and hurricanes the city's only airport is often closed and the local residents have accustomed themselves to waiting days or even several weeks for planes to take off. 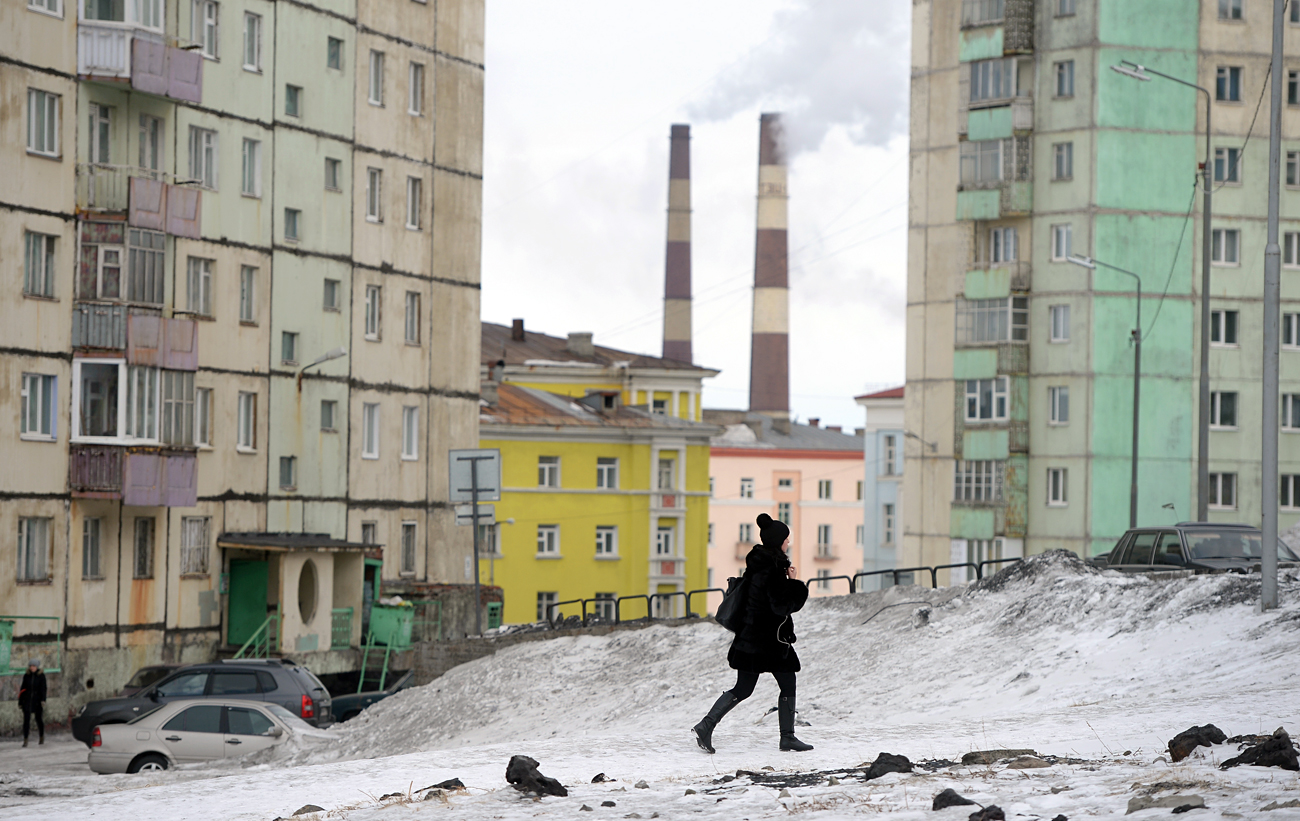 The difficult transportation situation leads to difficulties in supplies: Due to the hurricanes the city may not see fruit and vegetables and fresh meat for several weeks straight. "We leave Norilsk only during vacation," laments Maxim Kryukov, Tatyana's son-in-law. "That’s why after finishing school my wife and I went to attend university in St. Petersburg. We wanted to spend our youth in a big city."

But after living in St. Petersburg for seven years Kryukov and his wife returned to Norilsk. Now they work at Norilsk Nickel and raise their daughter. Why did they make that choice? "First of all, because of the money. I was offered a very good job. In a few years it will help us buy property in St. Petersburg and return there."

‘This city is attractive in its own way’

Kryukov and his family are not the only young people to have come to Norilsk to work in the last few years. Salaries at Norilsk Nickel are among the highest in the country, drawing young people not only from Russia but also from neighboring countries to Norilsk for these "northern salaries," which the city was famous for in the Soviet period. 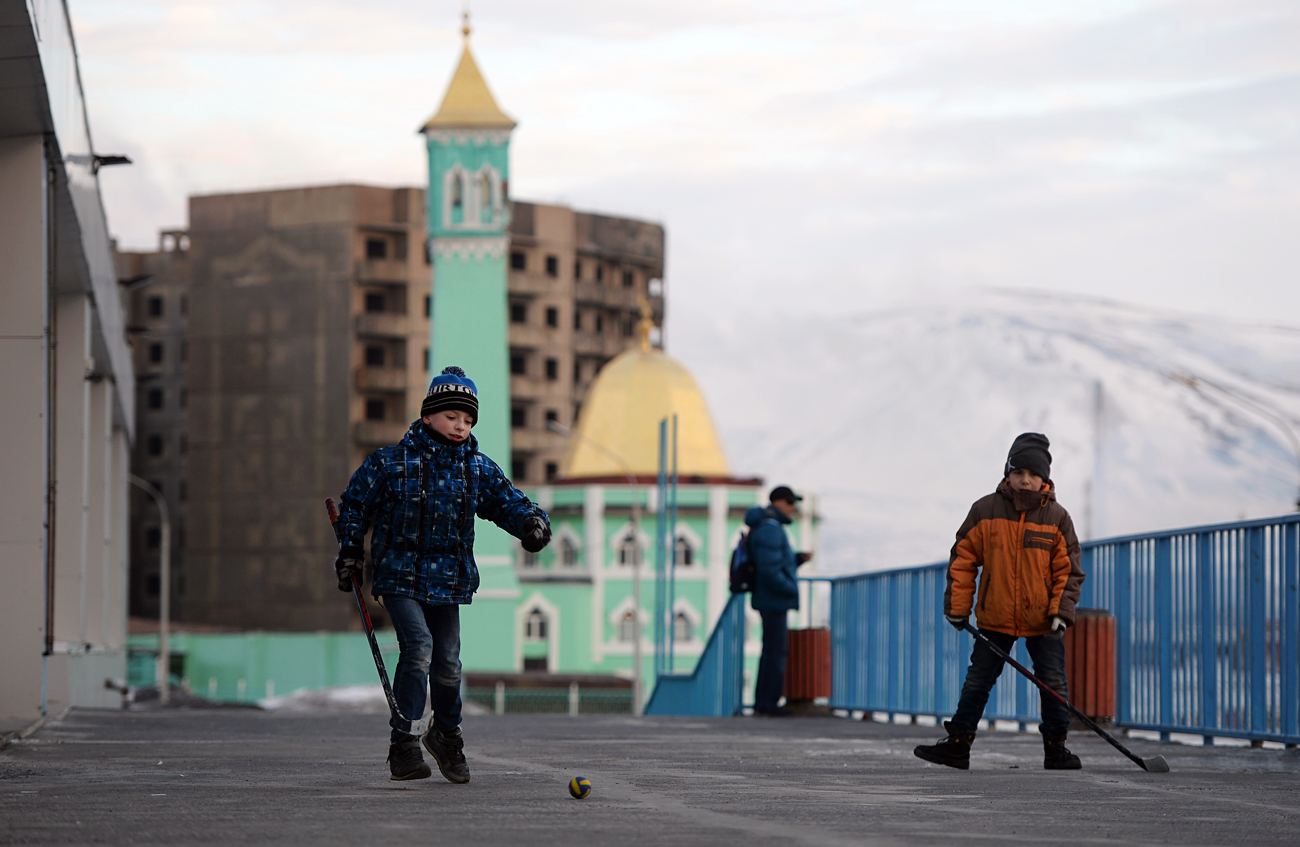 Children play hockey near the Arctic Ice Center in Norilsk. The Nurd Kamal Mosque is visible in the background. Source: Maksim Blinov/RIA Novosti

Not everyone is happy about these changes, though. "The city really got old in the 90s when many people left and young people did not want to come here. But still the city remained the real Norilsk of the intelligentsia that we had all been used to in our childhood," explains Tatyana Lavrushina. "Then people from southern Russia, the Caucasus and Central Asia started coming here. The city changed a lot, unpleasant neighborhoods appeared."

Her husband Sergei disagrees: "Norilsk has always been the place where young people explored the Arctic, defeating the severe north. What difference does it make where people come from if the city continues to exist?"

Maxim Kryukov is of the same opinion. "Obviously we will not spend our entire lives in Norilsk – the climate here is too severe and the ecology is bad,” he says. “But whatever people say, this city is attractive in its own way. You can see how much strength and life people put into the city. I think I'm ready to make my contribution too." 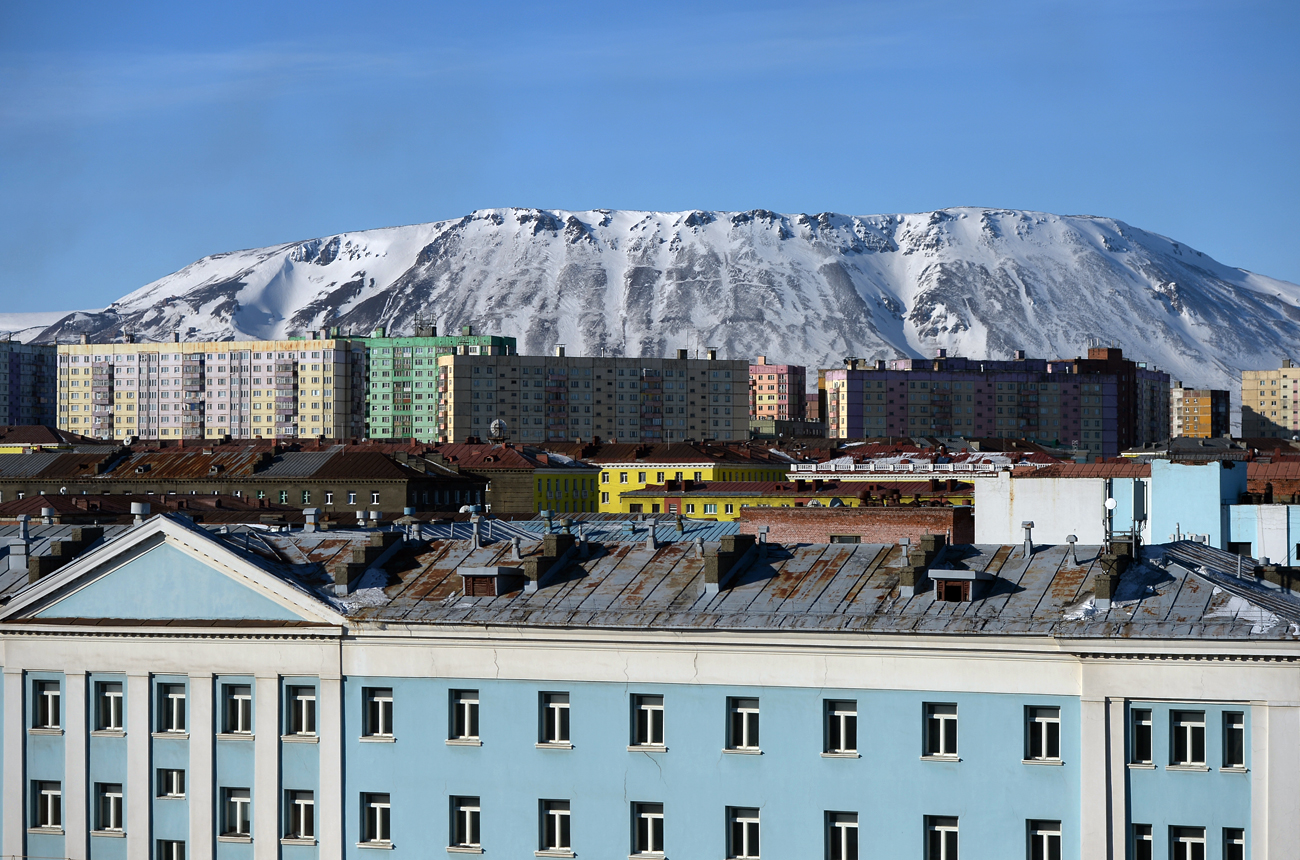 Life in Norilsk in pictures: Adapting to extreme climate and ecological challenges>>>