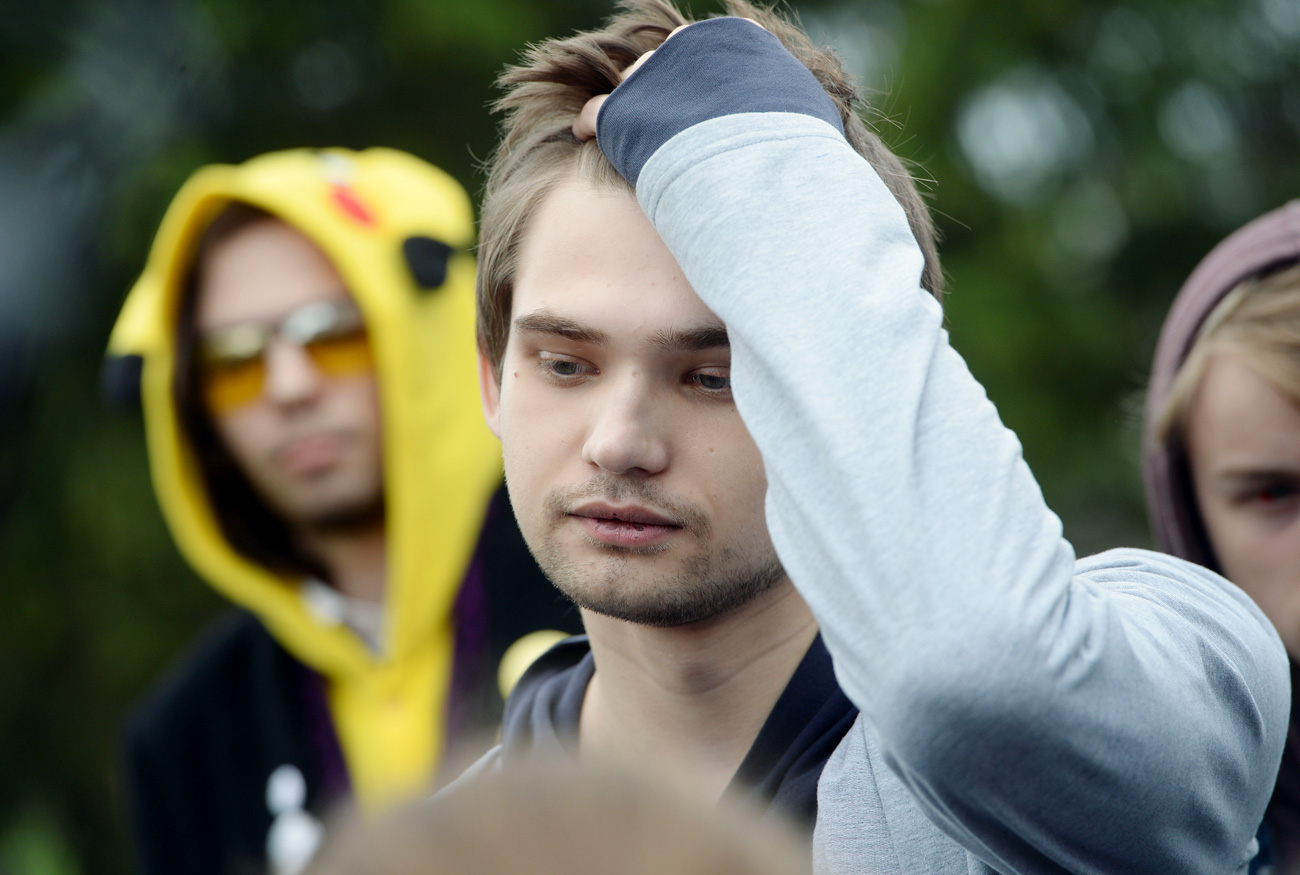 Sokolovsky: "I may be an idiot, but I am by no means an extremist."

Pavel Lisitsyn/RIA Novostii
A Russian vlogger who famously played Pokémon Go in a church, was convicted and handed a three-and-a-half year suspended sentence for what the court called “offending religious feelings.” Interestingly, many Russians expected his punishment to be far worse and interpreted the sentence as being “practically acquitted.”

Ruslan Sokolovsky, a Russian vlogger from the city of Yekaterinburg, was given a three-and-a-half year suspended sentence after he tried to "catch some pokémon" in a church.

In August 2016, the 23-year-old decided to check if the act of catching pokémon (as performed in the video game Pokémon Go, last summer’s smash hit) would "offending religious feelings" if committed in a church. A criminal law prohibiting such actions has existed in Russia since 2012, adopted as a response to an unauthorized performance staged by the all-female punk-rock group Pussy Riot in Moscow’s Cathedral of Christ the Savior. Two members of the group were arrested after the performance and sentenced to two years in prison, but their offence was different — namely, "hooliganism" — since the law didn’t exist at the time.

Sokolovsky chose Yekaterinburg’s Church of All Saints as his hunting ground. He entered the church during a service and roamed around with his phone. In a video report about his "hunt," which had some Orthodox Christian chanting added digitally, the vlogger expressed his view on religion and told a joke (full of cusses) about the Patriarch of the Russian Orthodox Church. "Unfortunately, I didn’t manage to catch the rarest kind of pokémon that could be found there — Jesus,” he said in the video.

Just a week after its publication on Sokolovsky’s YouTube channel, the video garnered over 200,000 views and attracted attention not just from the local police, but also from Russia's federal TV networks. "What we’re dealing with here is a blatant case of trying to offend religious feelings," an anchor of the Rossiya 24 network claimed. On Sept. 2, Sokolovsky was arrested and his criminal trial began. Ultimately, he was charged with ten counts of three separate offences: "Offending religious feelings" (with a possible sentence of up to five years in prison), "extremism," and “illicit trafficking of special purpose equipment" (during a search of Sokolovsky’s apartment, police found a “spy pen” with a built-in camera — unauthorized possession of such items is illegal in Russia.

"I may be an idiot, but I am by no means an extremist," Sokolovsky said in his closing speech at the trail. On the day of the sentencing on May 11, the small courtroom of Yekaterinburg’s regional court was packed with people, with some forming a line outside the door. The young man was staring down the barrel of a potential three-year prison term in a general regime penal colony, which was what state prosecution sought. 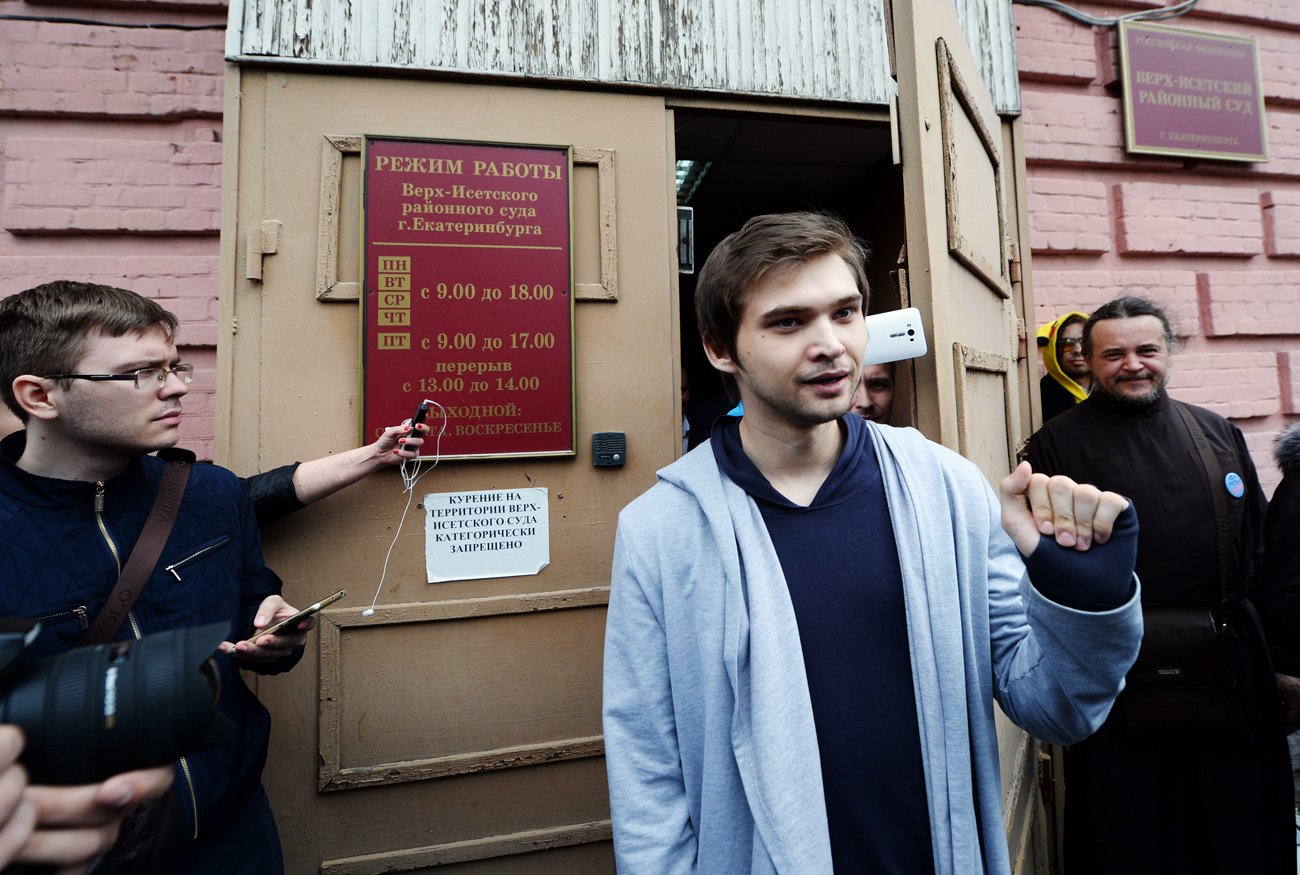 The Vlogger uploaded sarcastic pieces concerning religion. He condemned what he called the ever-tightening bond between church and state in Russia, and criticized "perfect Orthodox Christian matrimony" which he claimed is encouraged to produce a lot of children, despite the fact that, in his view, almost no-one in Russia realizes a child "has to be provided at least the bare necessities,” so people are simply "multiplying poverty." Pavel Lisitsyn/RIA Novostii

According to the vlogger, he had a "poor provincial childhood": He was born in Russia’s Kurgan region (some 2,000 km from Moscow) and lived with his mother after the deaths of his father and brother.

His first job involved search engine optimization, but he later took up video blogging and launched a YouTube channel where he, as the greeting video message states, "tried to make jokes," translated and dubbed various foreign language videos and sometimes held live webcasts. Among the matters he discussed on his vlog: How to cheat in an exam, how he was almost hired by Russia’s FSB (Federal Security Service), and why he dislikes feminists. But he also uploaded sarcastic pieces concerning religion. He condemned what he called the ever-tightening bond between church and state in Russia, and criticized "perfect Orthodox Christian matrimony" which he claimed is encouraged to produce a lot of children, despite the fact that, in his view, almost no-one in Russia realizes a child "has to be provided at least the bare necessities,” so people are simply "multiplying poverty."

Since his trial began, Sokolovsky has announced his plans for the future. He wants to write an "anti-extremist" book and is even preparing some stand-up performances with social commentary inspired by the likes of U.S. comedians Richard Pryor and Bill Burr. On top of that, during his stay in the pre-trial detention center (it lasted three and a half months), he started writing a series of op-ed pieces entitled "Notes from Prison," complaining that he couldn’t find any "good" books there, as there was nothing available but Orthodox Christian literature. 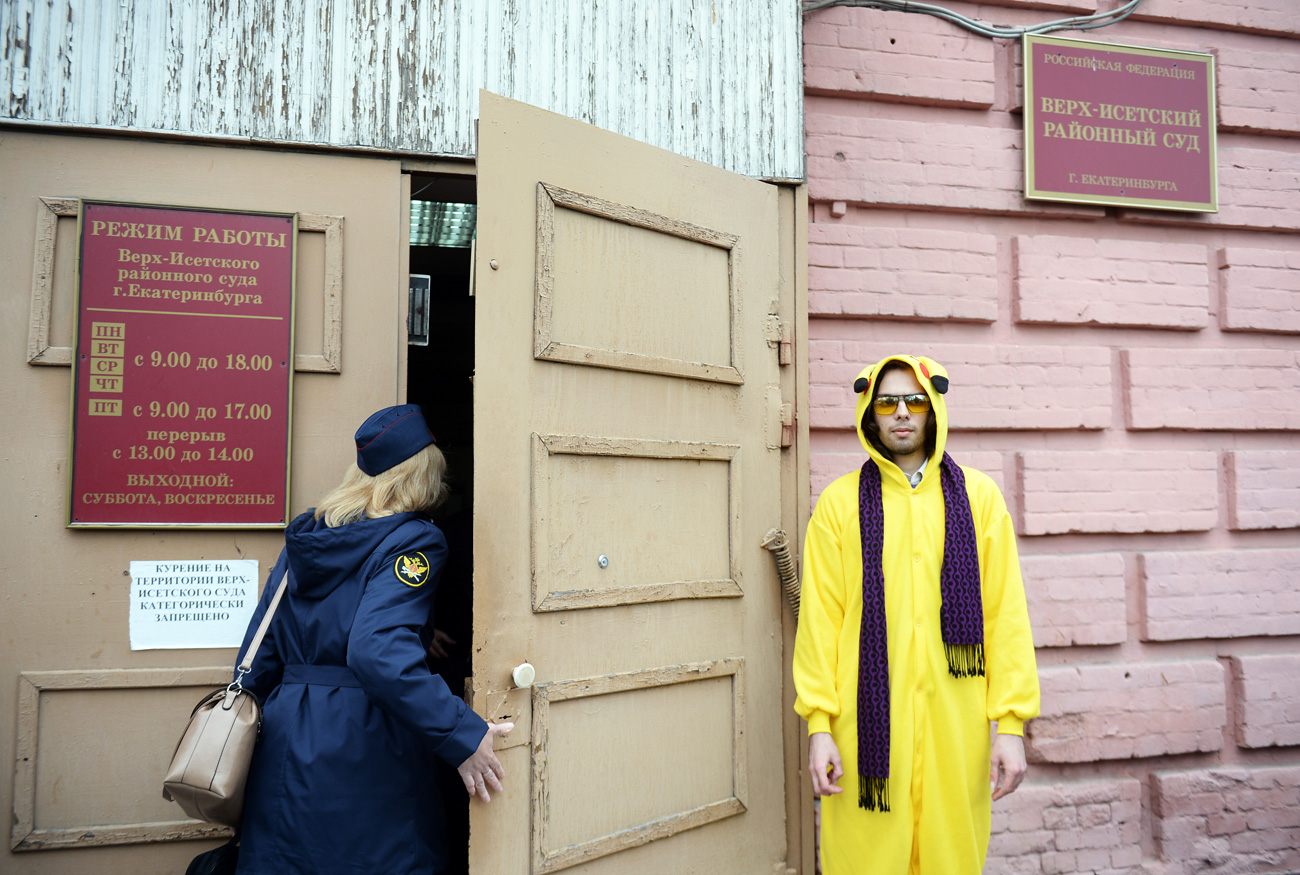 Source: Yekaterinburg’s mayor Evgeni Roizman, who took to the stand at the trial as a defense witness, has already offered to Sokolovsky a job as a volunteer in a local hospice. Pavel Lisitsyn/RIA Novostii

Nothing to do with pokémon

"Allegations about Sokolovsky supposedly being convicted for playing a video game in a church are incorrect," the sentence reads. The prosecution had to have Sokolovsky’s statements analyzed extensively by linguists. Here are some of their findings: The vlogger "compared Jesus to a zombie and a pokémon, attempted to promote a view according to which Russia is under a reign of obscurantism and tyranny, denied the existence of God and the founders of Christianity and Islam," and said believers — metaphorically —  are disabled people, idiots, or sick in the head.”

Interestingly, according to some media, many of the Orthodox Christians summoned by the prosecution to testify as the "offended" party knew nothing about Sokolovsky or his vlog — until certain ministers held a screening of his videos in one of Yekaterinburg’s churches using a projector.

'A suspended sentence is practically an acquittal'

For a while, Sokolovsky became the darling of the liberal press. Amnesty International named him a prisoner of conscience, while the Simpsons included a gag about catching pokemon in a church in one of its recent episodes (since banned in Russia).

Sokolovsky’s defendants called his suspended sentence "indisputably a victory, considering Russia’s current environment," while the vlogger himself said it was "practically an acquittal." Those who came to the court to support the young man were just as happy, greeting the sentence with applause and cheers, while social network users saw it as virtually unconditional release. "What’s really bad is that we started feeling relieved when hearing of a suspended sentence," the opposition figure Andrey Pivovarov said on Twitter. Father Andrey Kuraev, a Protodeacon of the Russian Orthodox Church famous for his highly publicized quarrels with high ranking church officials, said in an interview with Kommersant-FM radio that the happy reaction to a suspended sentence for such charges was "a diagnosis for us all," adding that such punishment had nothing to do with Christian values like mercifulness.

Yekaterinburg’s mayor Evgeni Roizman, who took to the stand at the trial as a defense witness, has already offered to Sokolovsky a job as a volunteer in a local hospice.

Kremlin spokesman Dmitry Peskov said he had no right to make comments about sentences made by a court of law. Meanwhile, the Russian Orthodox Church said the sentence was “a sign of mercy,” and the Prosecutor-General’s Office of Russia deemed it “real justice” and “a reasonable decision.”

Read more: Pikachu, Russia wants you: Pokémon Go takes off across the nation>>>