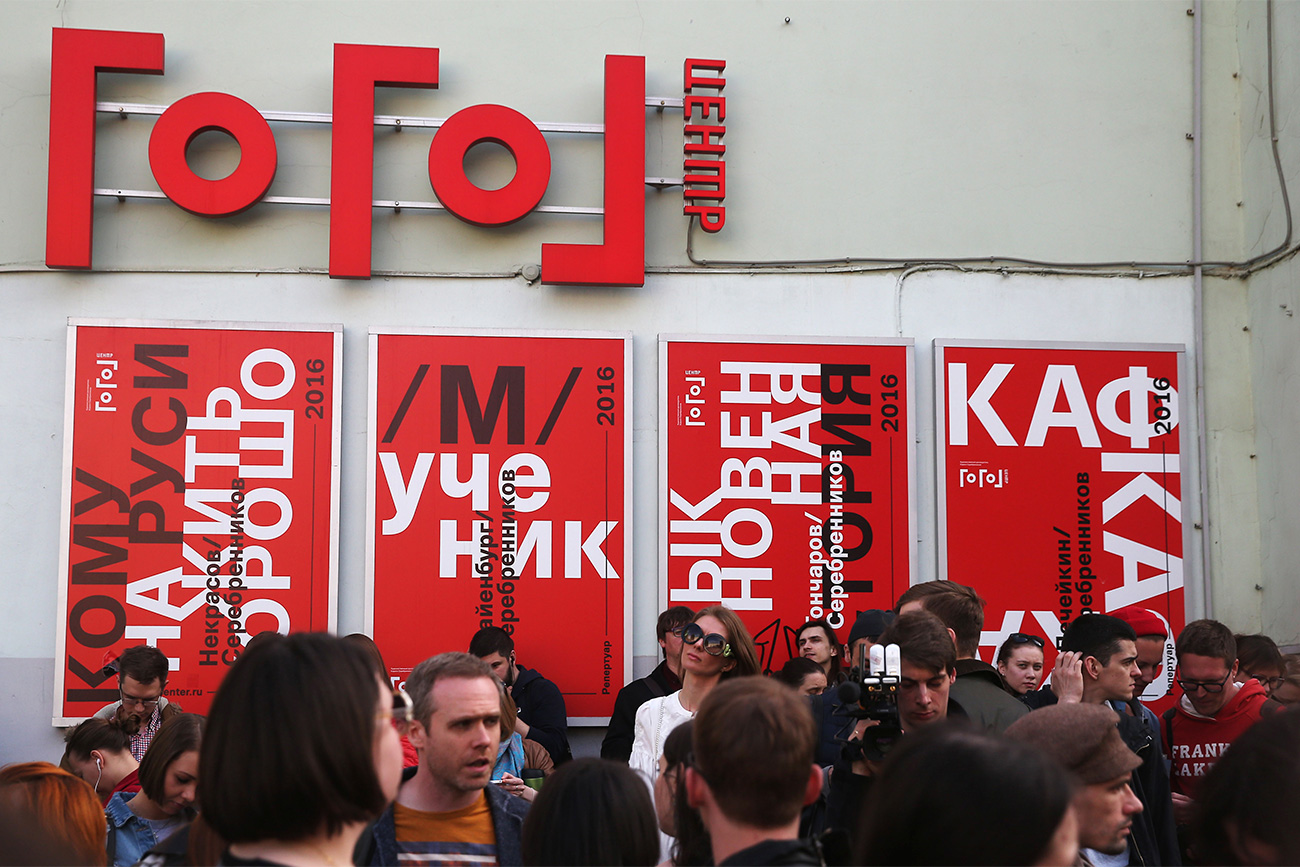 According to some messages, employees of the Investigative Committee were accompanied by FSB agents, according to others, by OMON (special police force) agents.

Dmitry Serebryakov/TASS
Armed agents in balaclavas, a blocked entrance, demonstrations by the theater - why was the home and office of the artistic director of Moscow's Gogol Center searched?

On the morning of May 23, messages on social networks appeared about the police searching Moscow's Gogol Center Theatre, and the apartment of its artistic director, Cannes Festival winner Kirill Serebrennikov.

Employees of the Investigative Committee did not come to the theater alone. According to some messages, they were accompanied by FSB agents, according to others, by OMON (special police force) agents. The entrance to the theater was blocked by people with balaclavas; actors and employees of the theater were not allowed to leave and were asked to turn off their mobile phones. At the time of the search Serebrennikov was in his apartment and could not communicate with journalists. It’s known that a lawyer was present with him.

What are the searches related to?

The Russian Investigative Committee gave an official explanation: The searches are conducted within the framework of a 2014 criminal case involving the embezzlement of state funds allotted for the popularization of art.

The sum is about 200 million rubles ($3.5 million). It was embezzled by individuals "who still have not been identified" from the 7 Studiya Non-profit Organization, the theatrical troupe that Serebrennikov created in 2012 out of his own actor-director course. Then the troupe came to the Gogol Center as one of its resident groups.

For now Kirill Serebrennikov is only a witness in the case and it’s not known if his status will change. He is currently being interrogated. 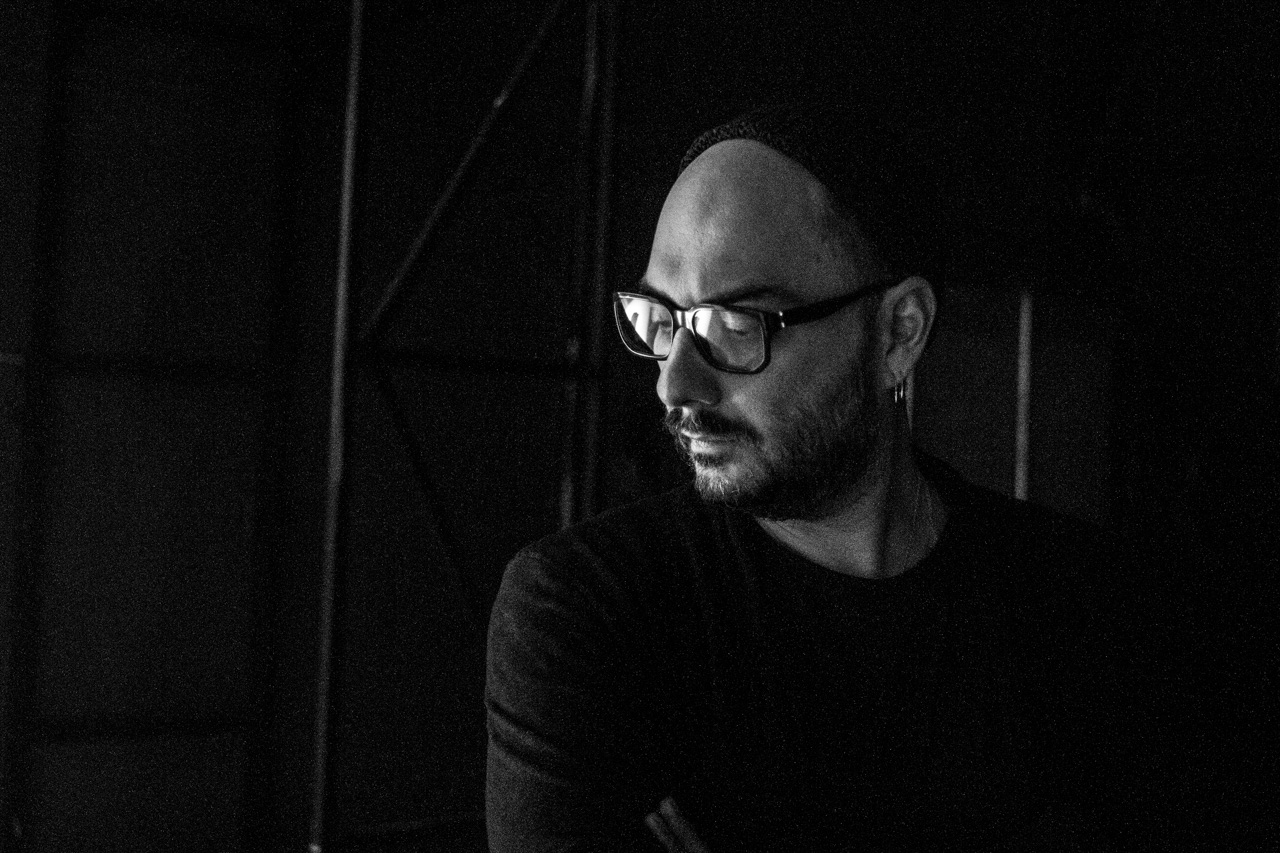 It turns out to be an old story. Is anyone else involved?

The investigative committee's statement clarifies that "a series of individuals in various subjects" of the country are also being searched. Anonymous sources in the law-enforcement agencies affirm that on that day searches were conducted in at least 15 other residences. Among them are apartments belonging to other theater employees, the Winzavod Centre for Contemporary Art (7 Studiya performed its first plays there), as well as residences of former Moscow Mayor's Office officials who at the time were responsible for the allotment of funds.

Two years ago the Mayor's Office inspected the Gogol Center's account activity. The theater stated it had a 60-million-ruble ($1 million) debt (the Mayor's Office said 80 million rubles - $1.4 million), while head of the Mayor's Culture Department Alexander Kibovsky called the Gogol Center an unprofitable theater, placing all financial responsibility on Serebrennikov since the latter staged many expensive premieres (it’s the theater director, not the artistic director, who is responsible for the theater's finances; at the time it was Alexei Malobrodsky - RBTH).

Also, Kibovsky told the TASS news agency that he does not know anything about officials from the Mayor's Office being involved in the embezzlement scheme and proposed to wait for the results of the investigation.

But is a sudden search without a court warrant legal?

Yes. Article 165 of the Russian Criminal-Procedural Code accepts this, but only "in special cases," that is, "when the case cannot be delayed." In such cases the investigator just has to notify the judge and the prosecutor. It is only after the searches or other investigative measures that the judge examines whether they were legal or not.

What are the Gogol Center and its artistic director famous for?

In thematic blogs the Gogol Center is called "the heart of the free, progressive theater," which the authorities occasionally challenge for its audacious productions.

"We were obliged to respond to the most diverse complaints, including anonymous ones. Some saw extremism in the Otmorozki play, based on the book Sankya by Zakhar Prilepin. Some complained about the naked bodies in a series of plays. Others complained to the investigators that we betray the traditions of Russian psychological theater," theater director Malobrodsky told Gazeta.Ru. In his words, even parliamentarians filed complaints against the theater. "I used to go to the prosecutor's office as if it was my job," he added, meaning that after each complaint the investigative committee and the prosecutor had to conduct an additional inspection.

In 2016, Kirill Serebrennikov received the special prize at the Cannes Film Festival for his film The Teacher (it was first a play based on Marious von Mayenburg's drama and staged at the Gogol Center) and in 2015 his Betrayal was nominated for first prize at the Venetian Film Festival.

Does this mean that the searches can be related to the theater's politics?

The case involves large-scale fraud and includes Kirill Serebrennikov and not the theater itself. The investigation is inspecting the premises where the director lives and works. However, people from the theatrical and literary world interpret the searches as pressure on the theater and the director for his creative activity. "Honestly speaking, I have no information, therefore I can only assume that Kirill is a person who openly criticizes many aspects of our life and has consequently attracted the attention of the authorities and the law-enforcement agencies," said director Vladimir Mirzoev on the Echo of Moscow radio station. "But this is my assumption," he added.

"What money? What's money got to do with it? Who stole what from whom? They are trying to steal the most valuable thing we have in our country - culture," remarked writer Lyudmila Ulitskaya.

The Gogol Center's administration called on everyone who is not indifferent to go out and protest by the theater.

Meanwhile, the Kremlin denies any political motives behind the incident and stresses that, "it's not the Kremlin's affair."

"We shouldn't politicize anything here, there's no reason for the Kremlin to be informed," affirmed Russian Presidential Press Secretary Dmitri Peskov. This case deals with the embezzlement of state funds, something that the investigative committee has already said, added Peskov. "It's got nothing to do with politics or creativity."